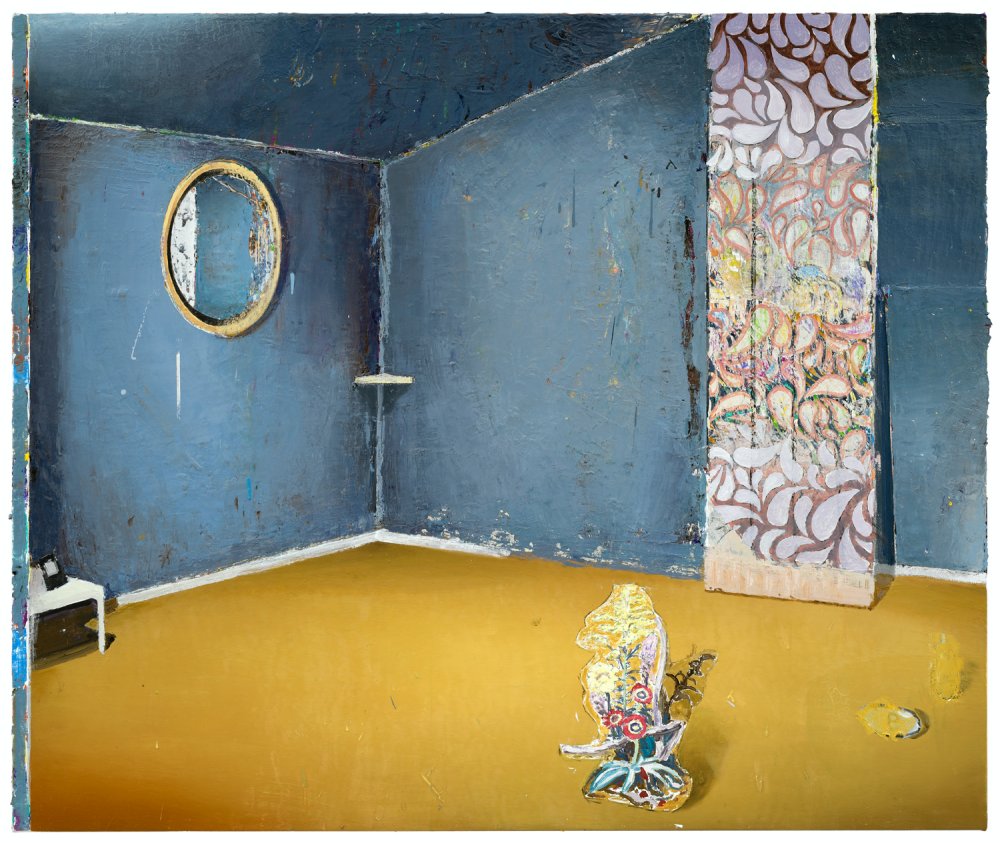 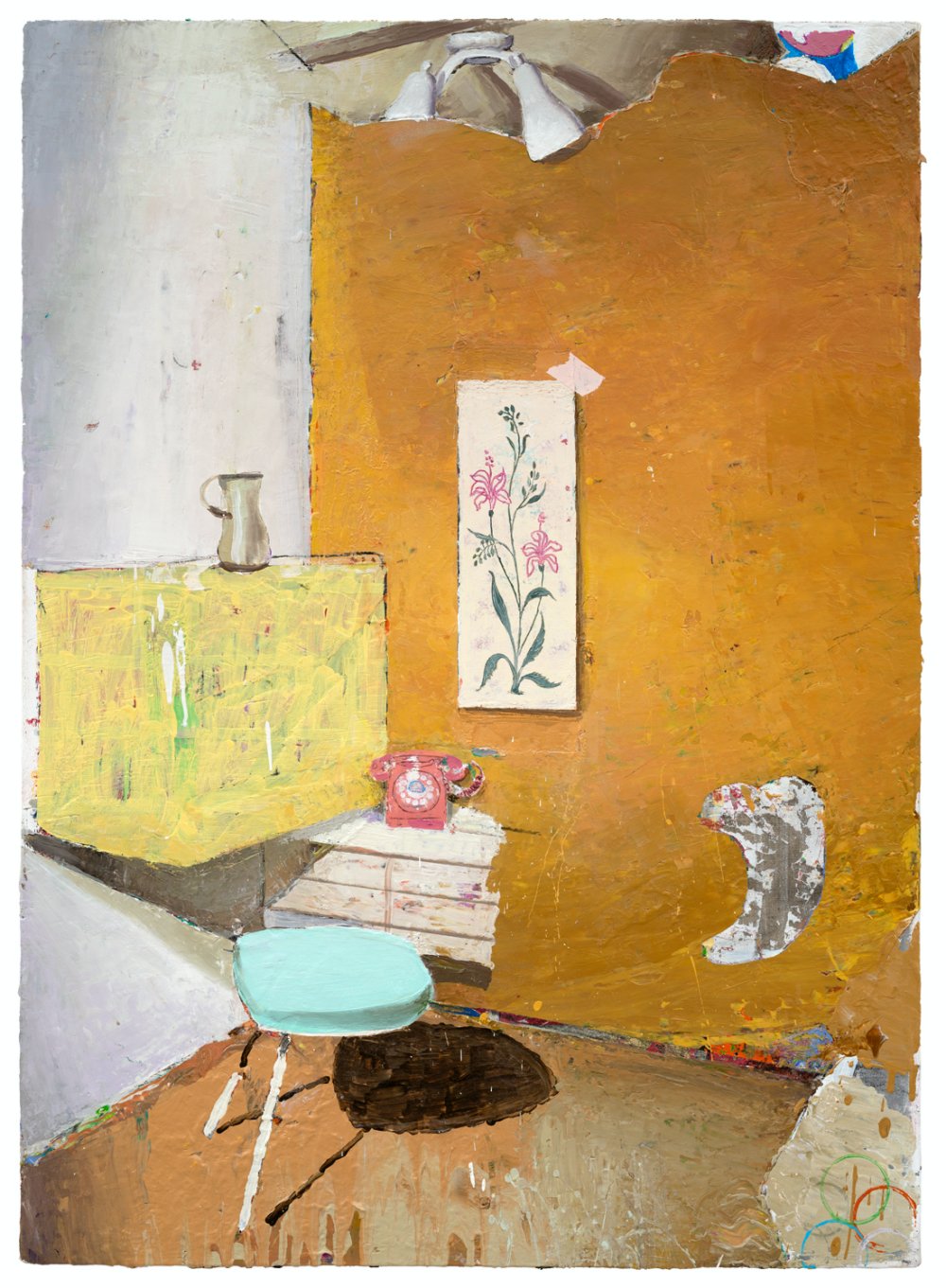 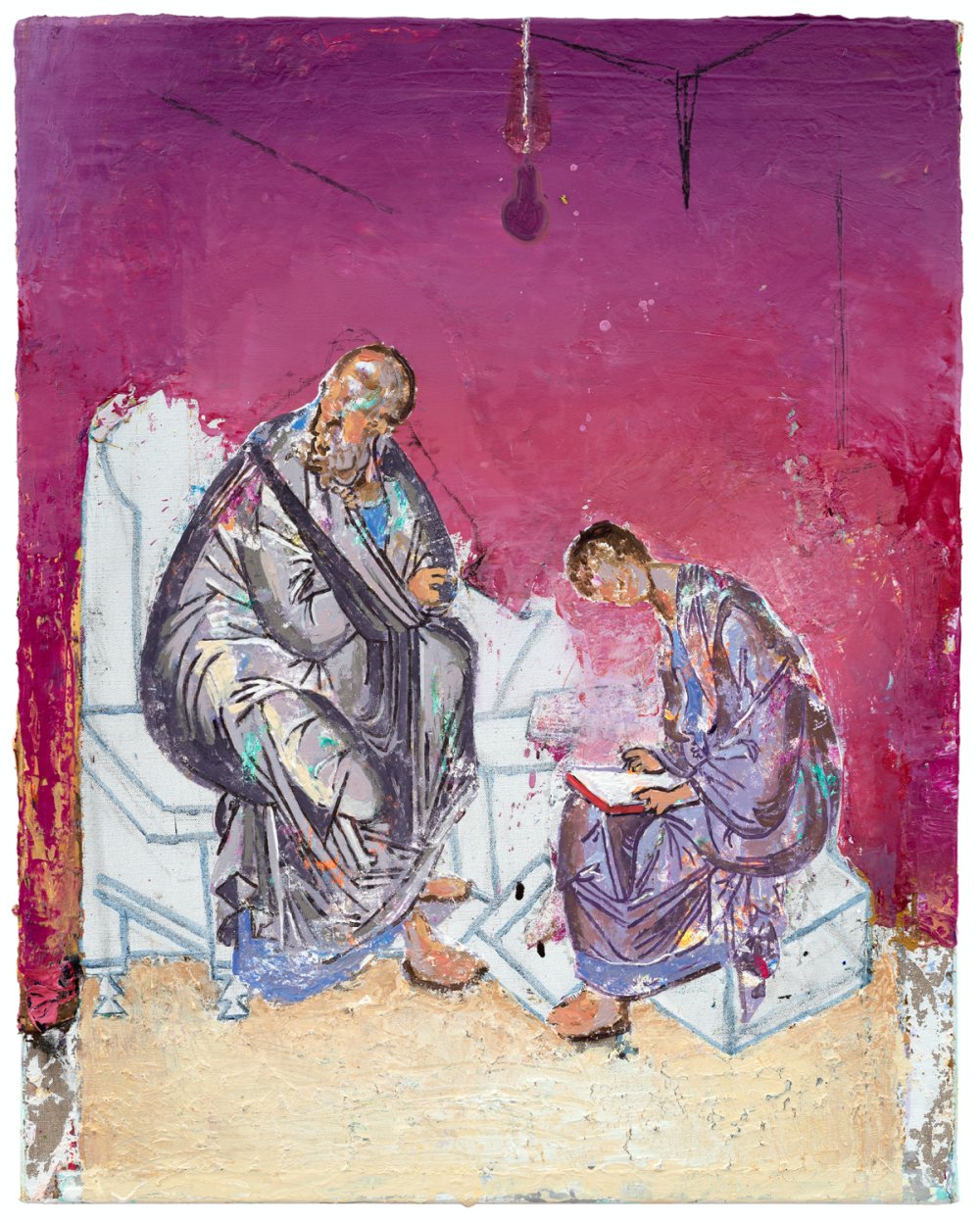 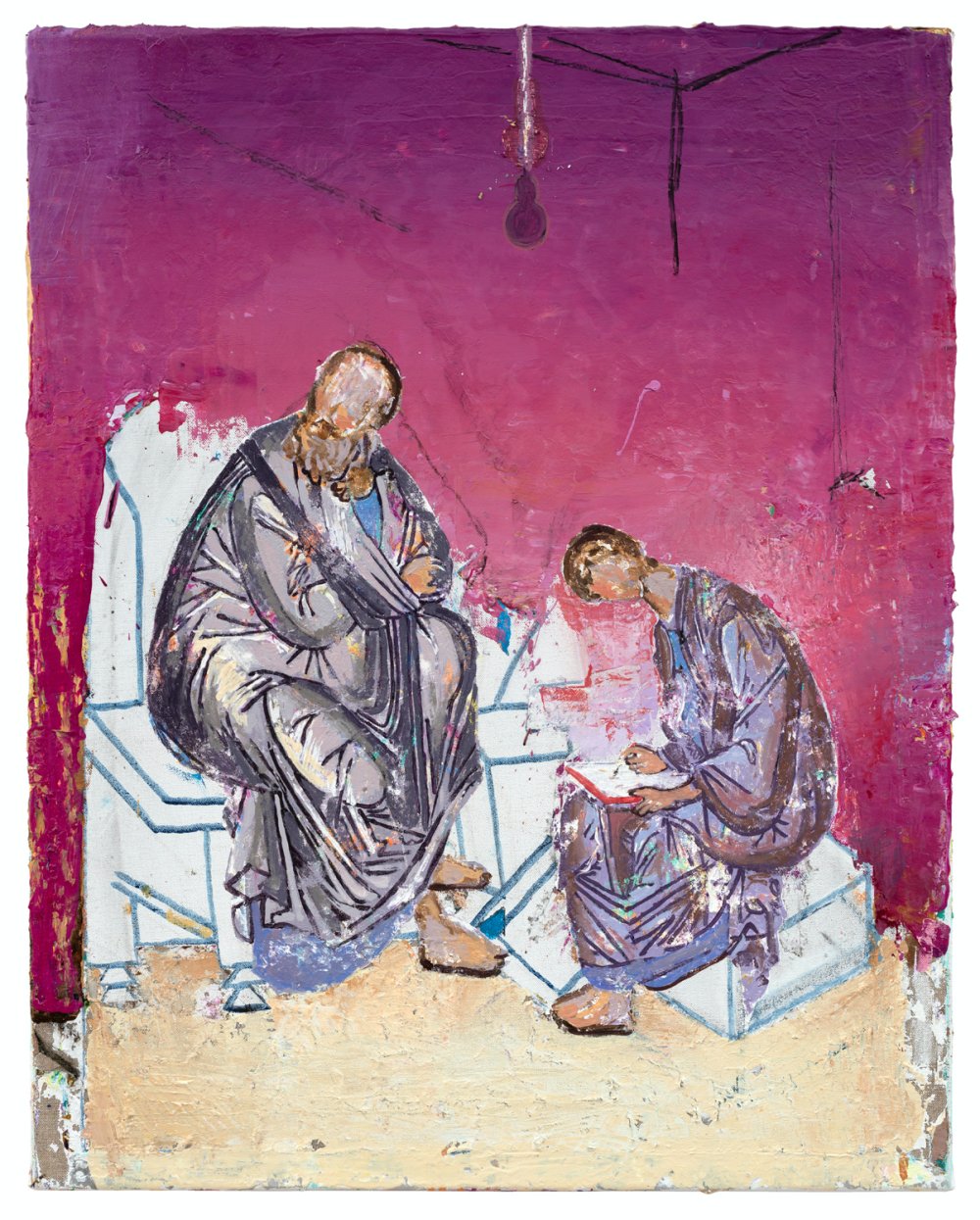 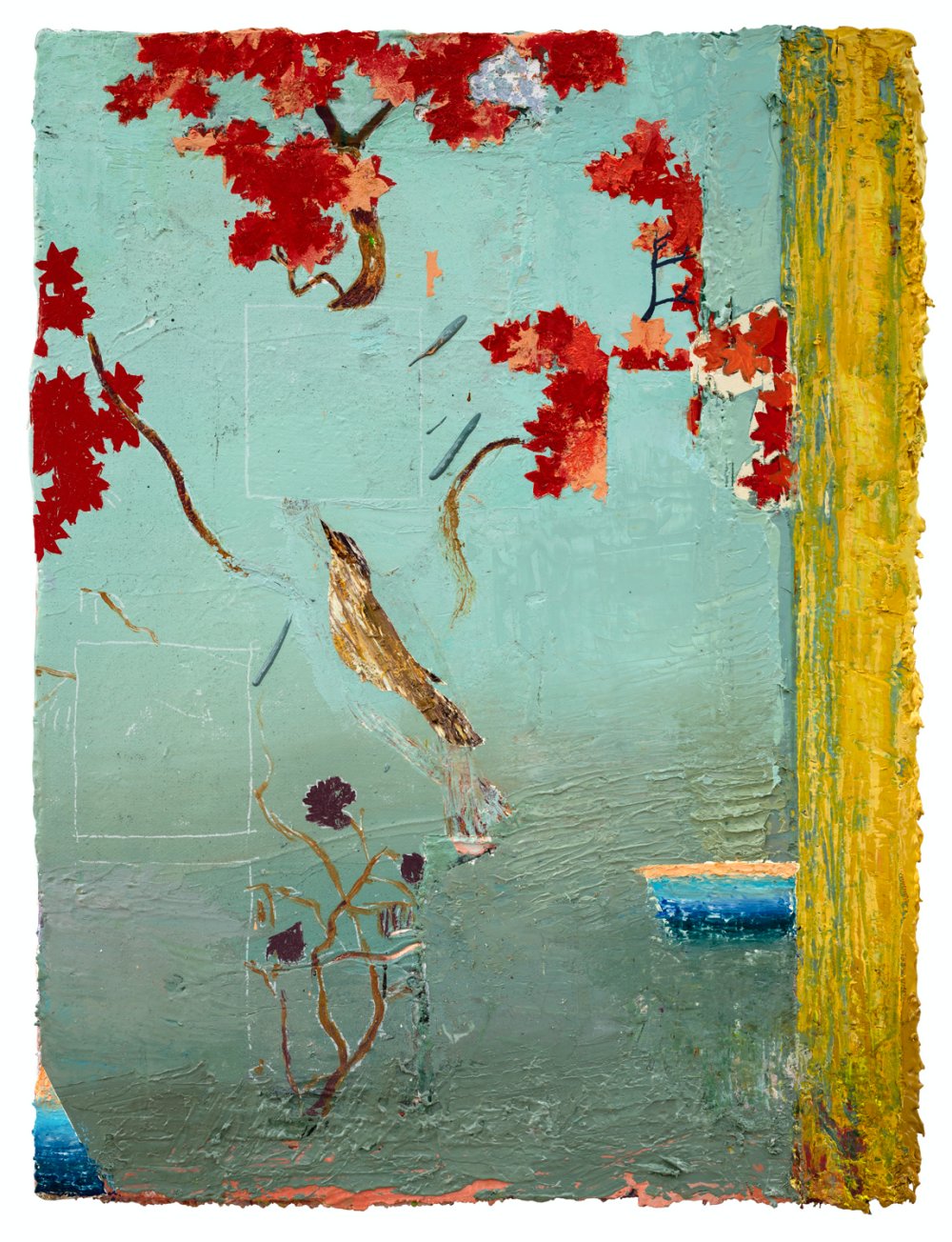 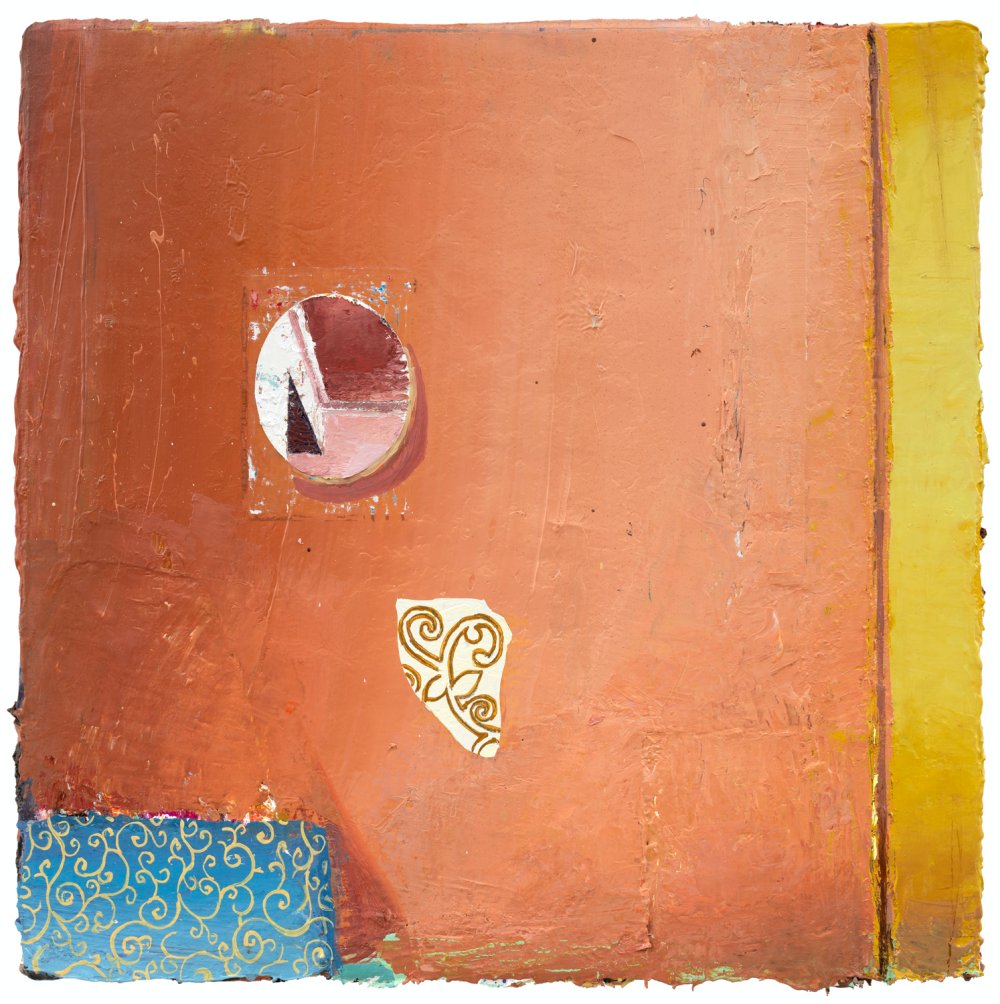 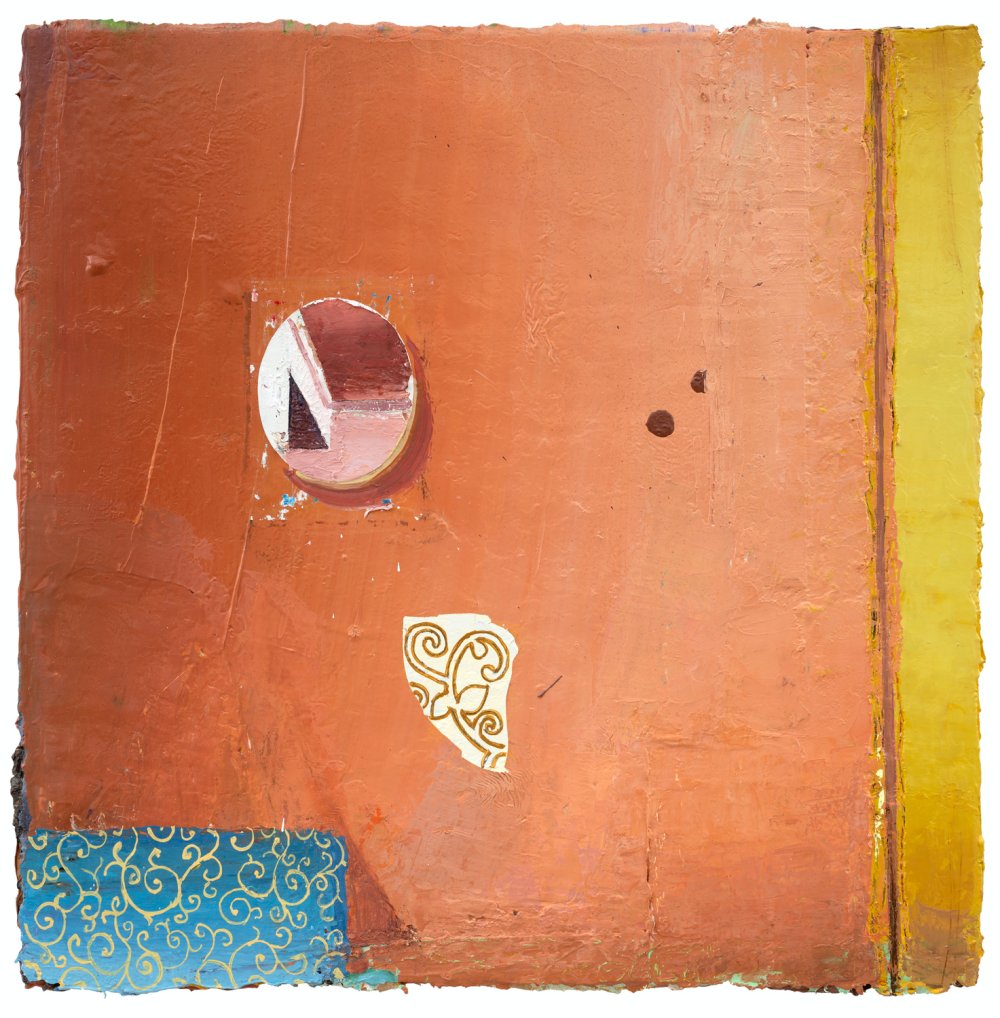 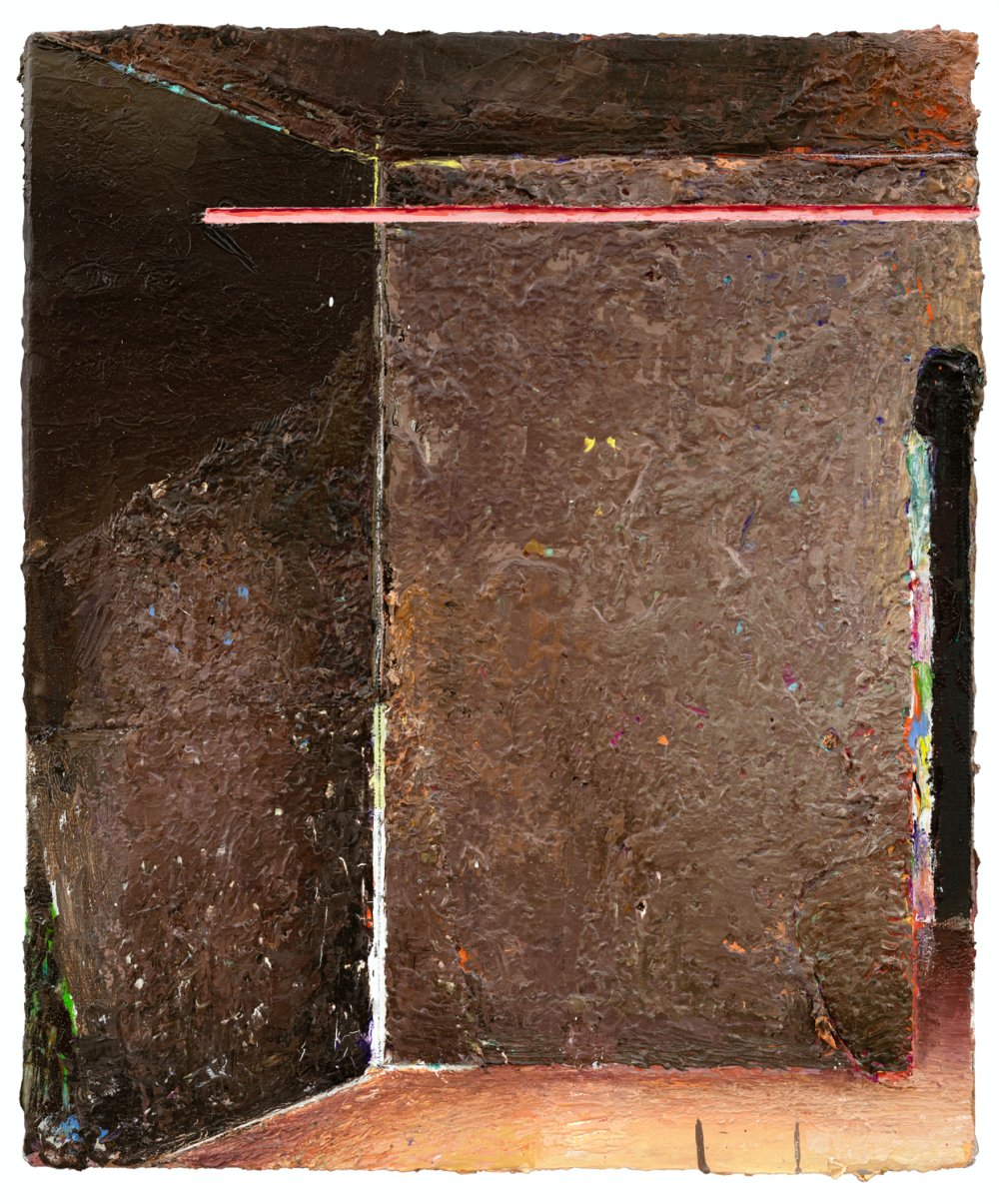 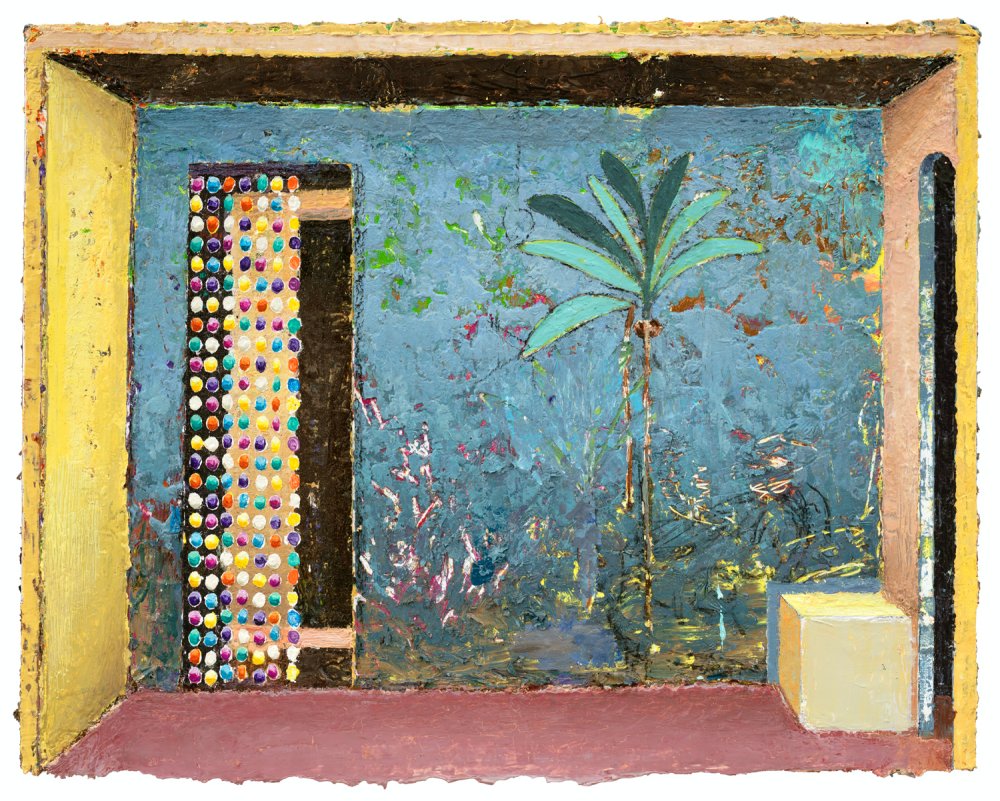 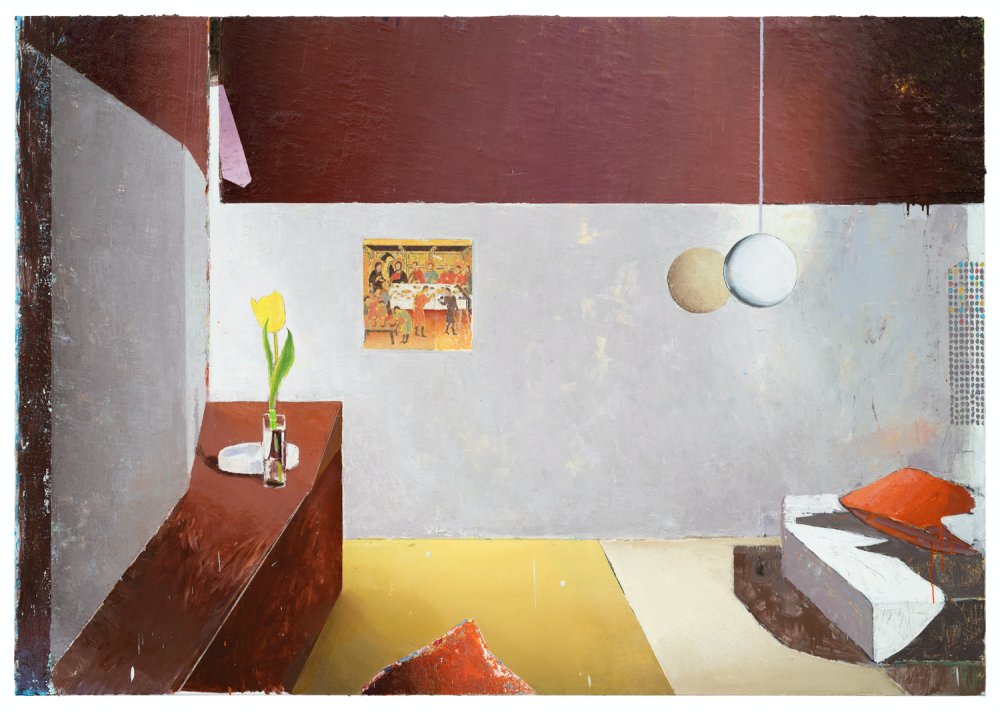 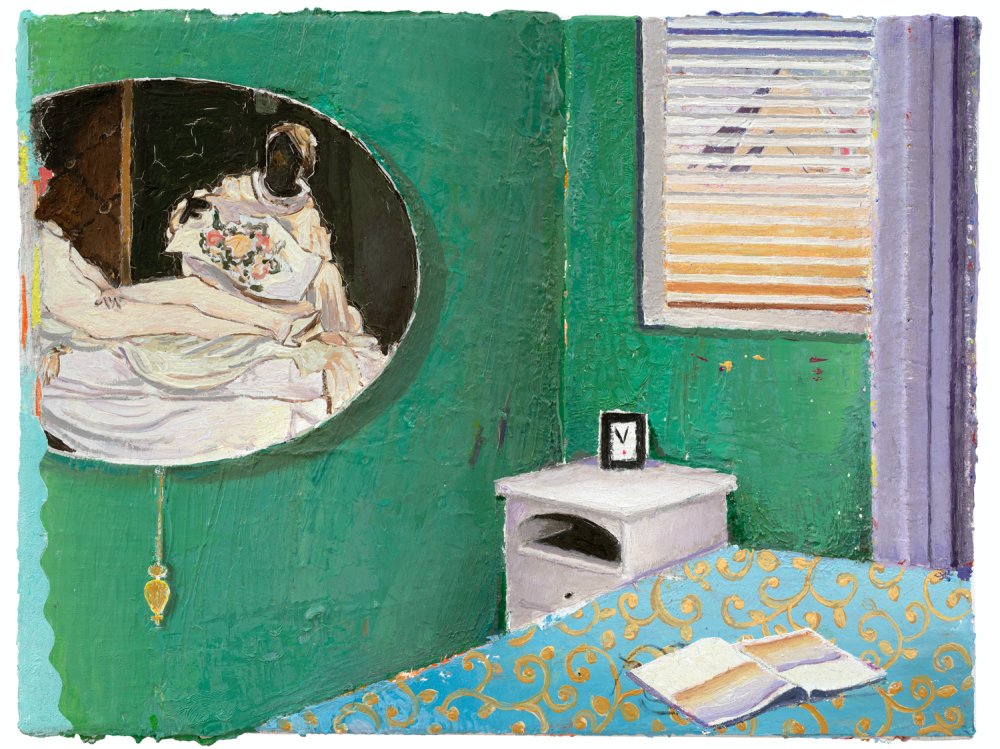 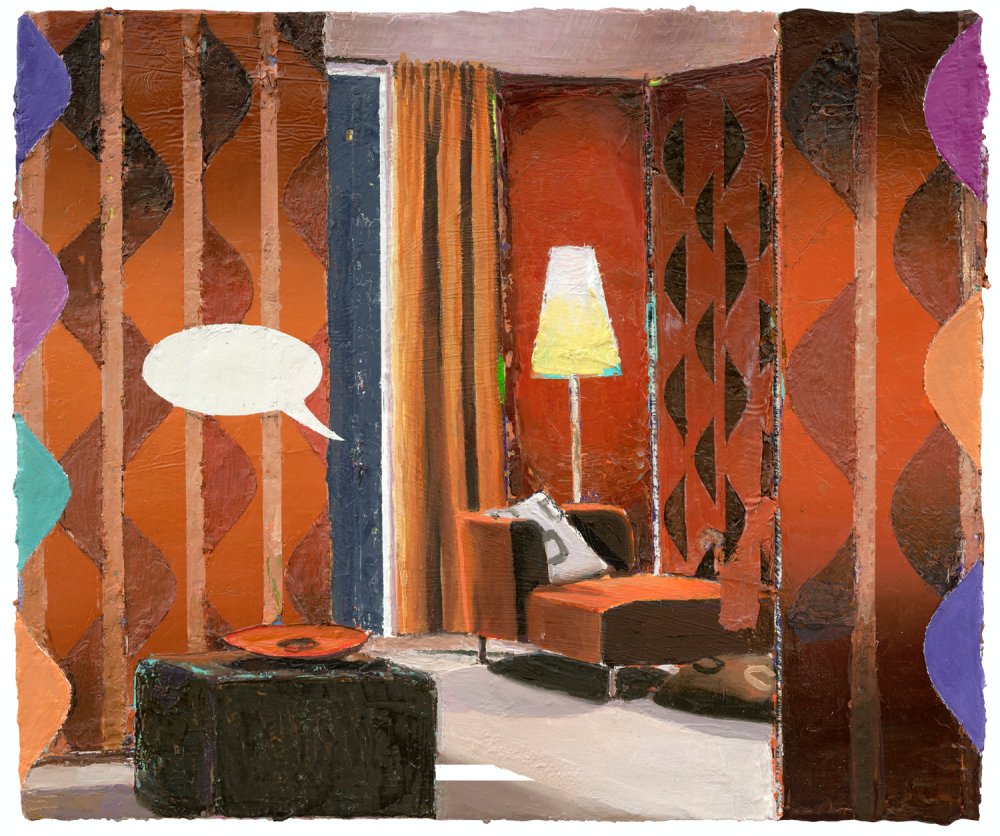 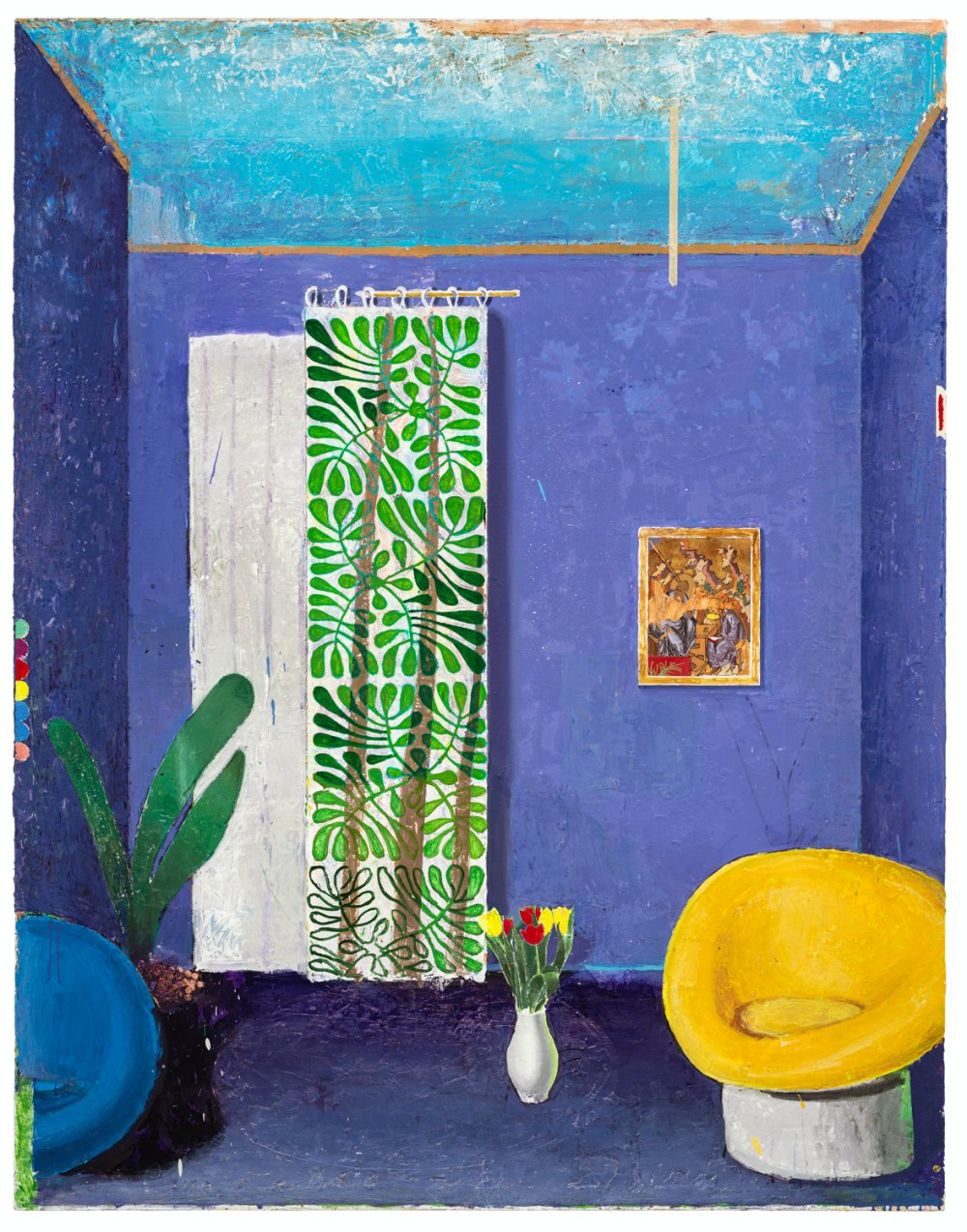 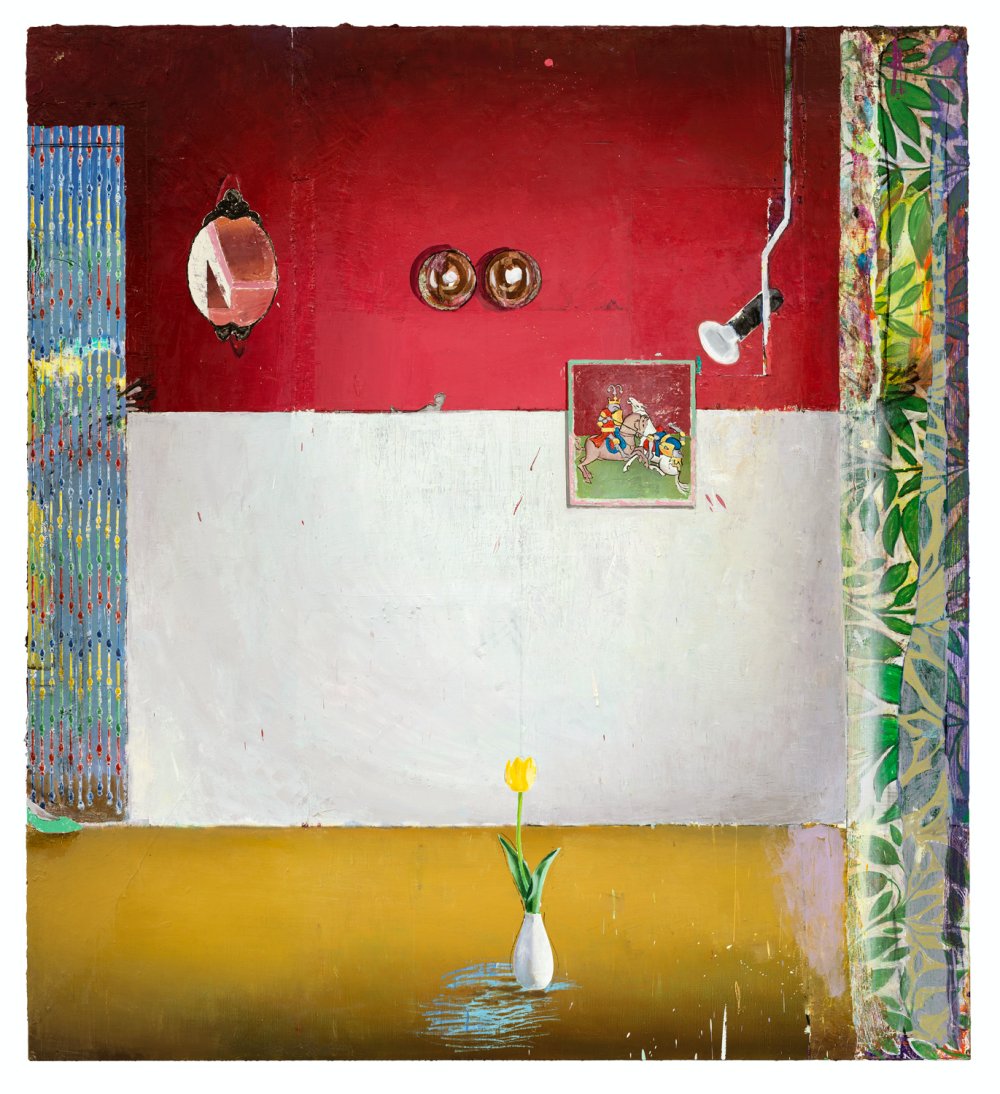 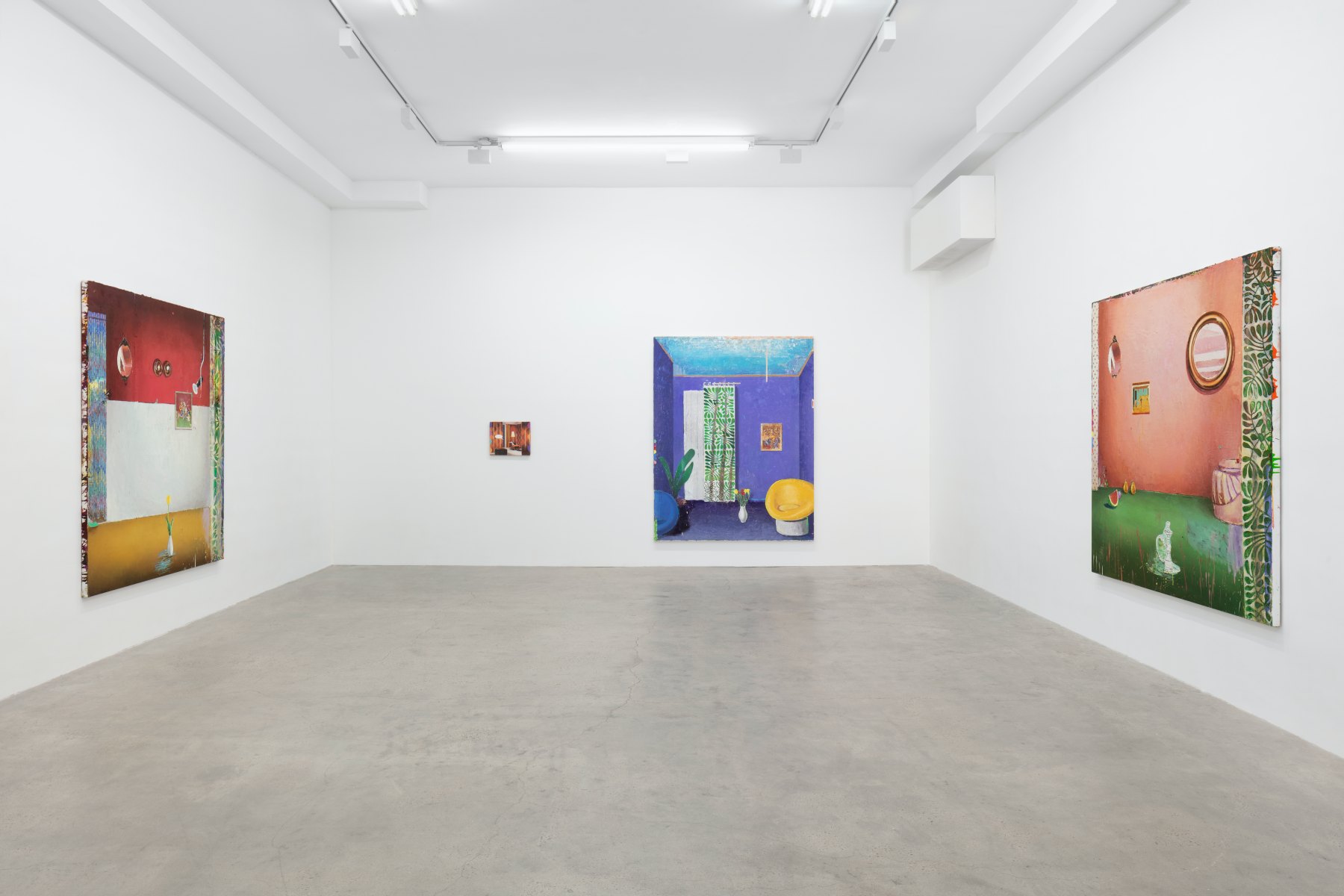 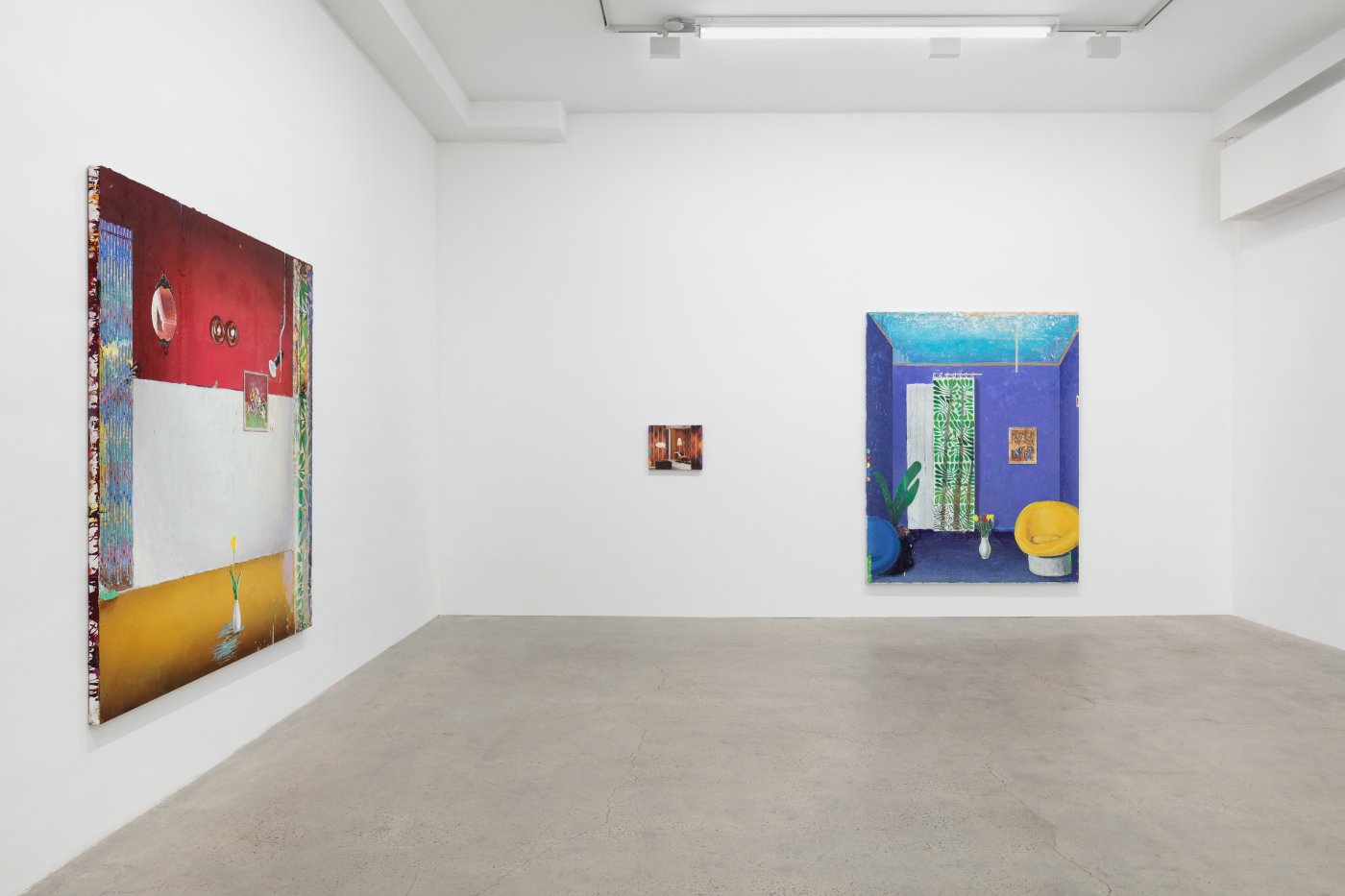 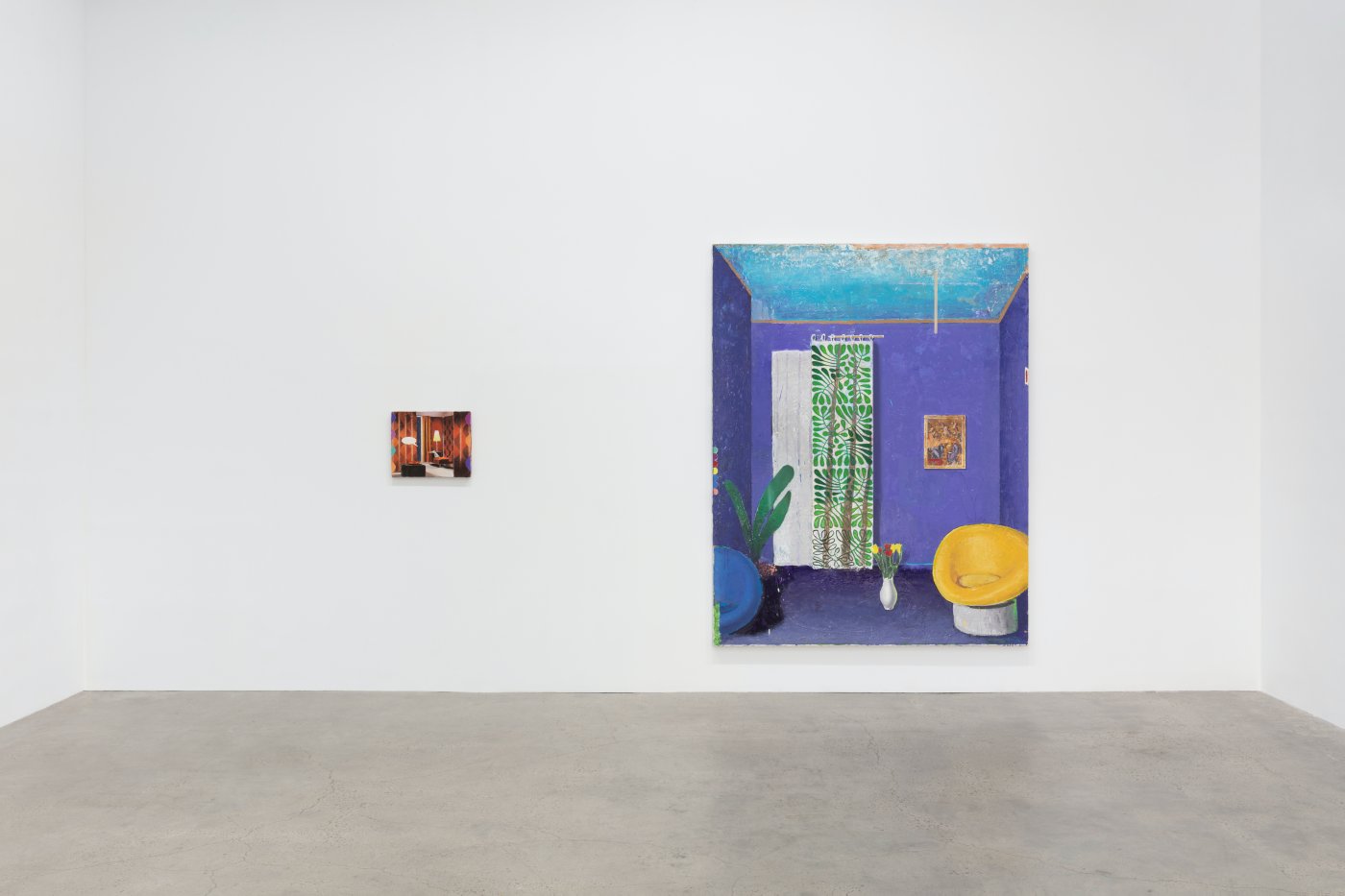 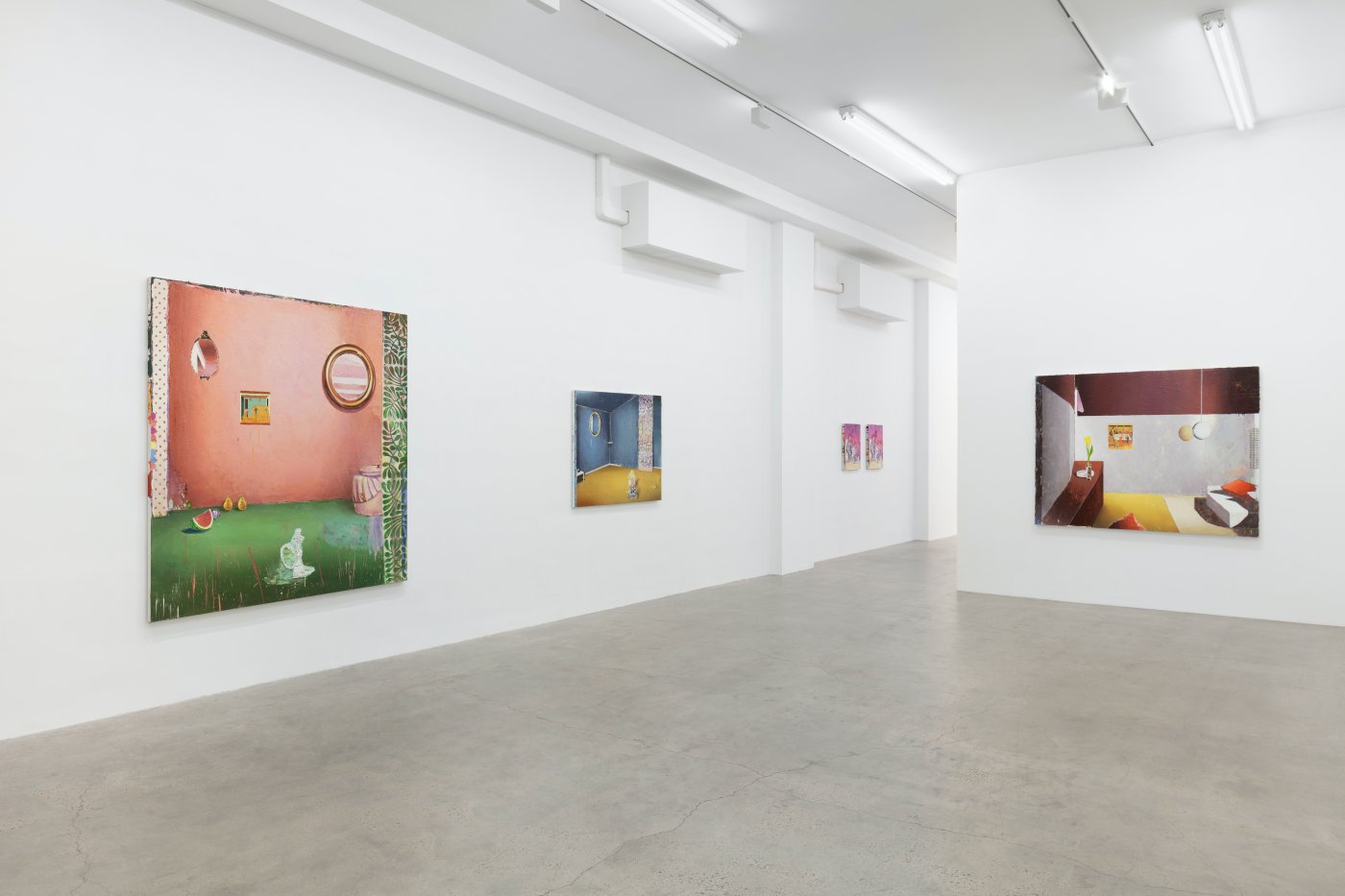 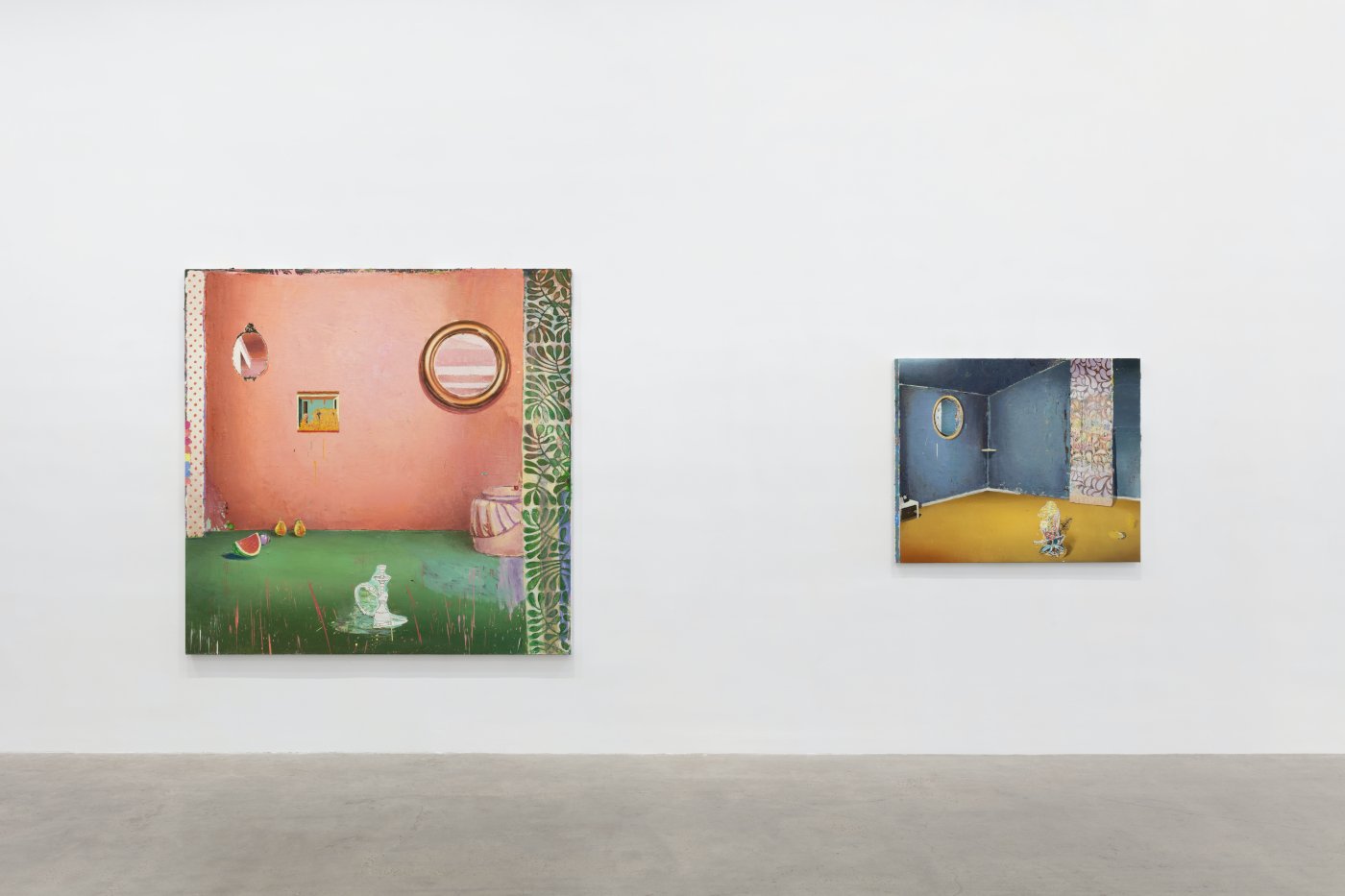 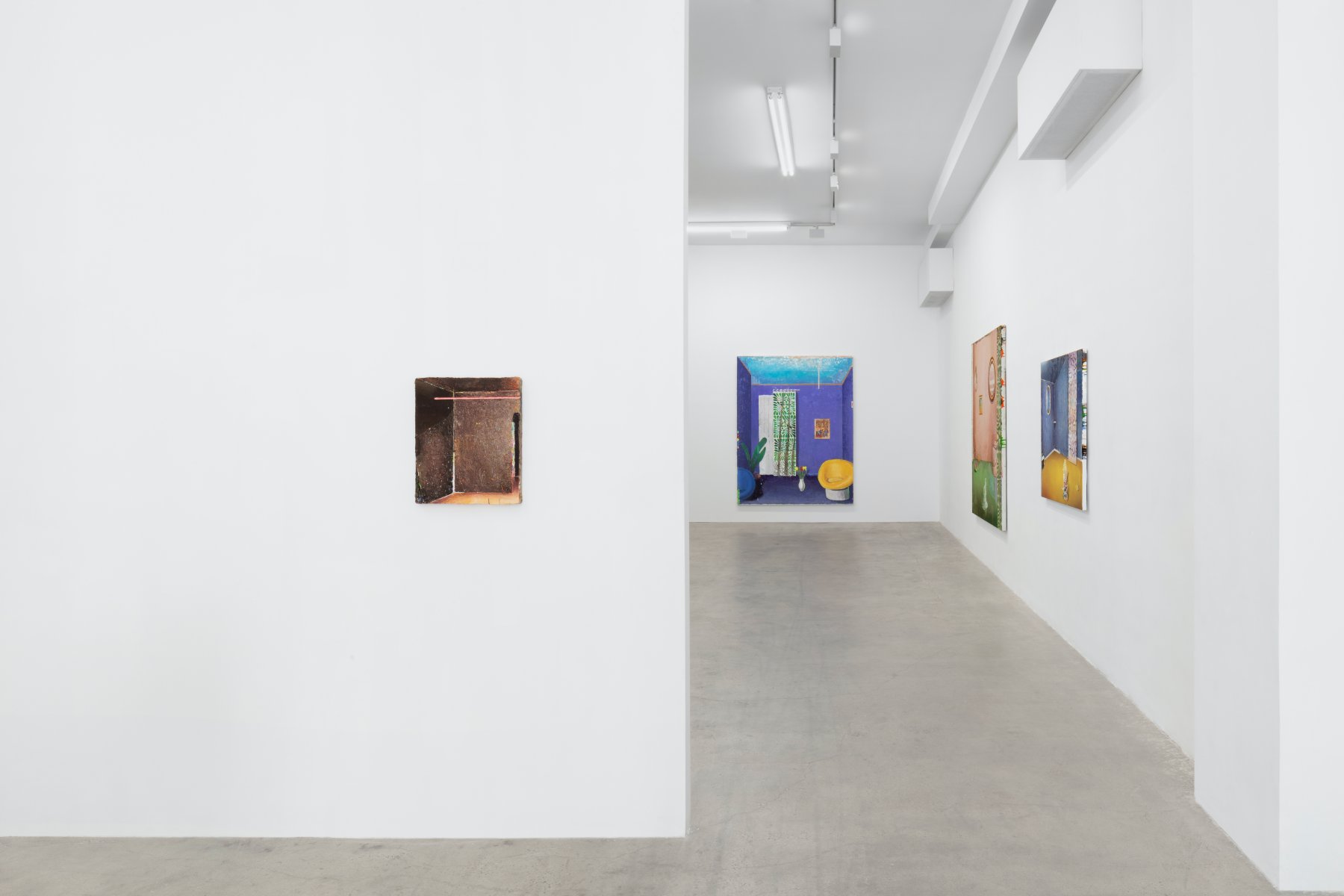 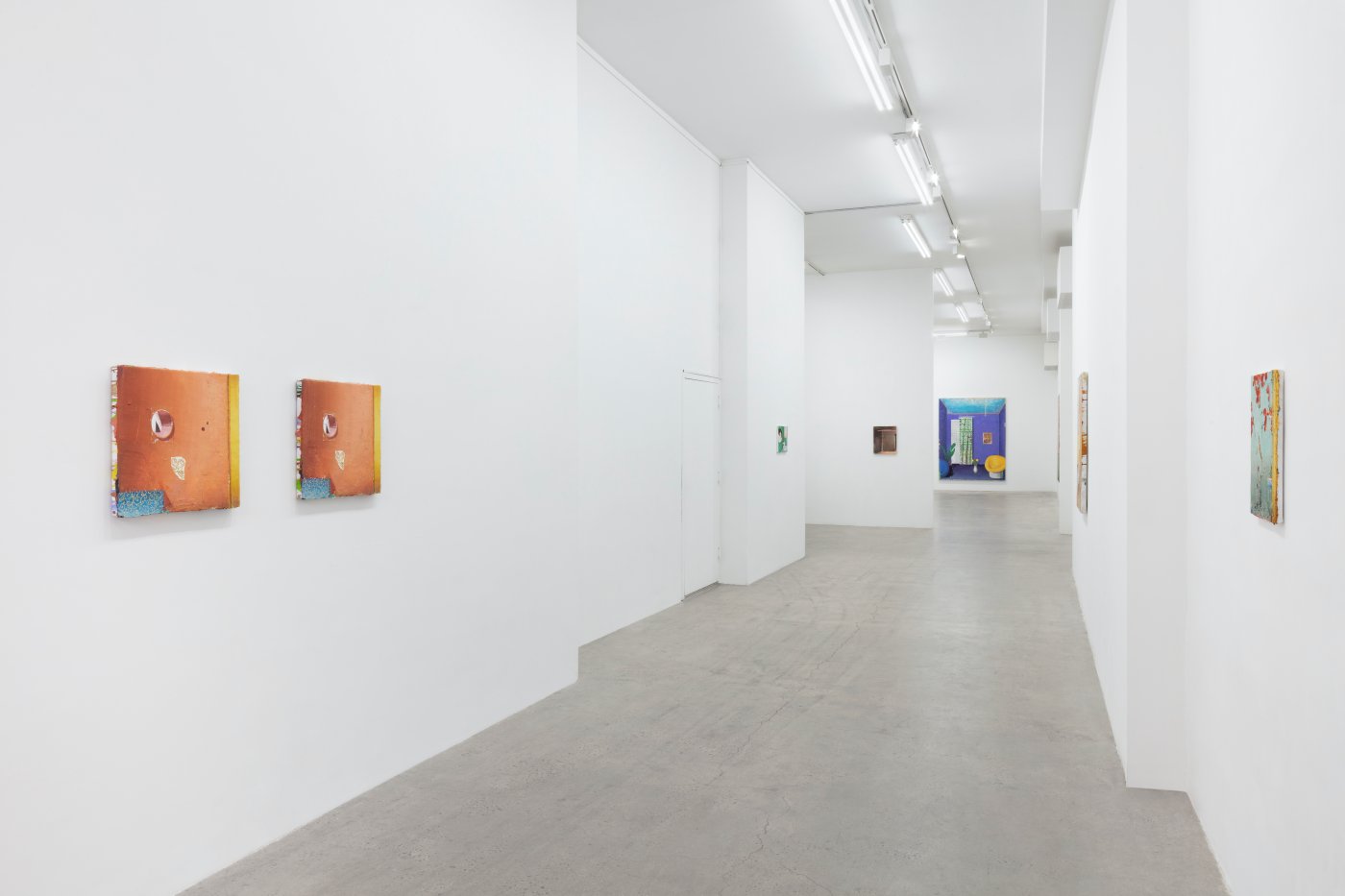 Matthias Weischer is fascinated by illusions of space and his work explores ways of depicting and understanding interiors. After his graduation from the Leipzig Academy of Visual Arts (Leipzig, DE) in 2003, Weischer became internationally renowned for his innovative and complex compositions with layered art-historical references. Accordingly, he is considered a notable member of the New Leipzig School, which emerged in Germany in the early 2000s, along with artists such as Neo Rauch and Tilo Baumgärtel. Weischer was selected by David Hockney as his protégé for a year- long mentorship program in 2005, a foundational experience in his career. He has developed his practice to encompass a broad range of subject matter, experimenting widely with materials and thematic elements, while distilling questions of perception into the constructed surfaces of his works.

Weischer’s new paintings continue a layered, collage-like approach with recent emphasis on the figure within the domestic realm. He addresses the insentient forms of our surroundings with a sense of devotion, resulting in an enchanting reshaping of their symbolism. His paintings are thick with oil paint, bringing to life the substance of the medium and enriching a delicate balance between emptiness and detail. Currently the artist’s compositions draw from stage sets he constructs in his studio, where he considers elements of decor as characters with different relationships and dynamics. This body of work reflects a continuous search for uniting void and substance.