Matthew Ritchie: A Garden in the Machine

Matthew Ritchie: A Garden in the Machine

James Cohan presents A Garden in the Machine, an exhibition of new work by Matthew Ritchie. This is Ritchie’s debut solo exhibition with James Cohan. 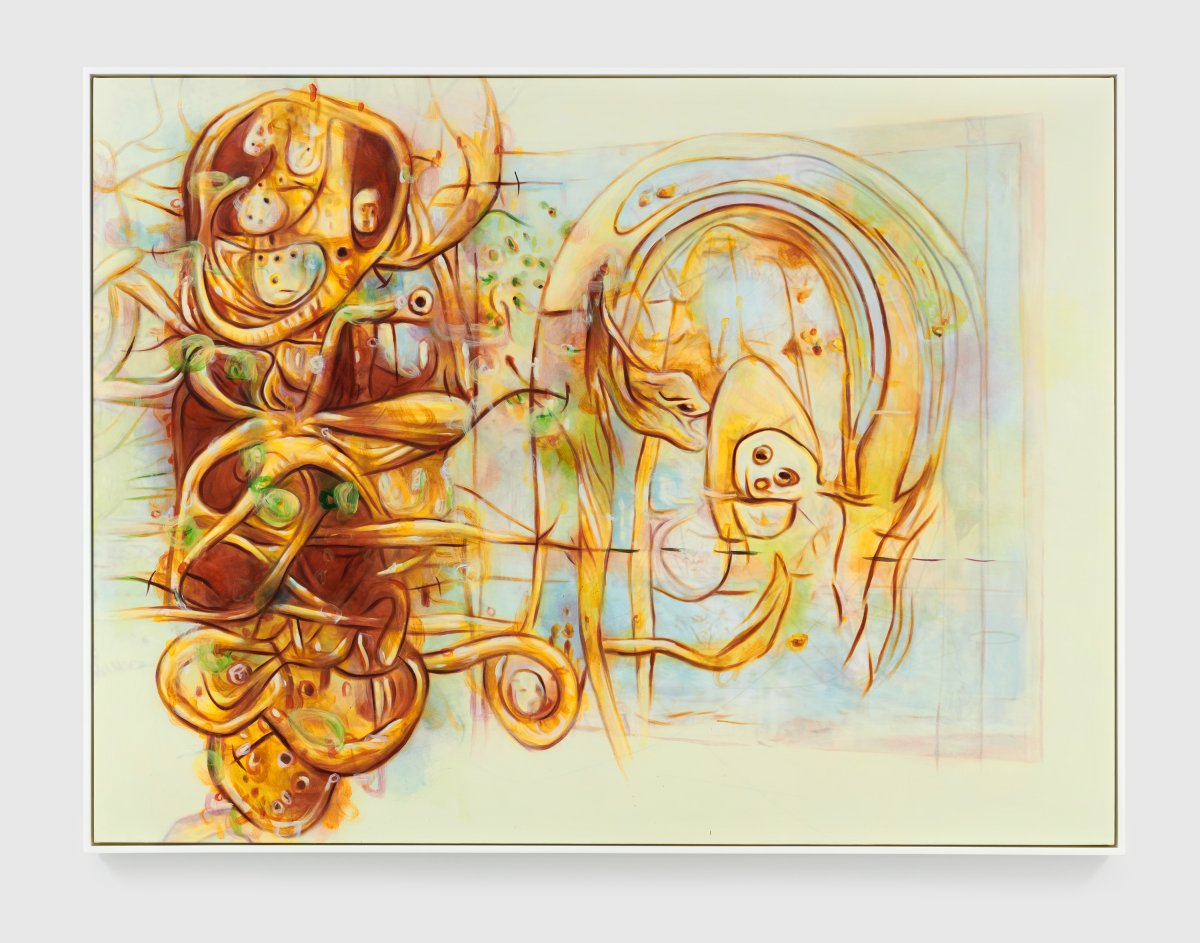 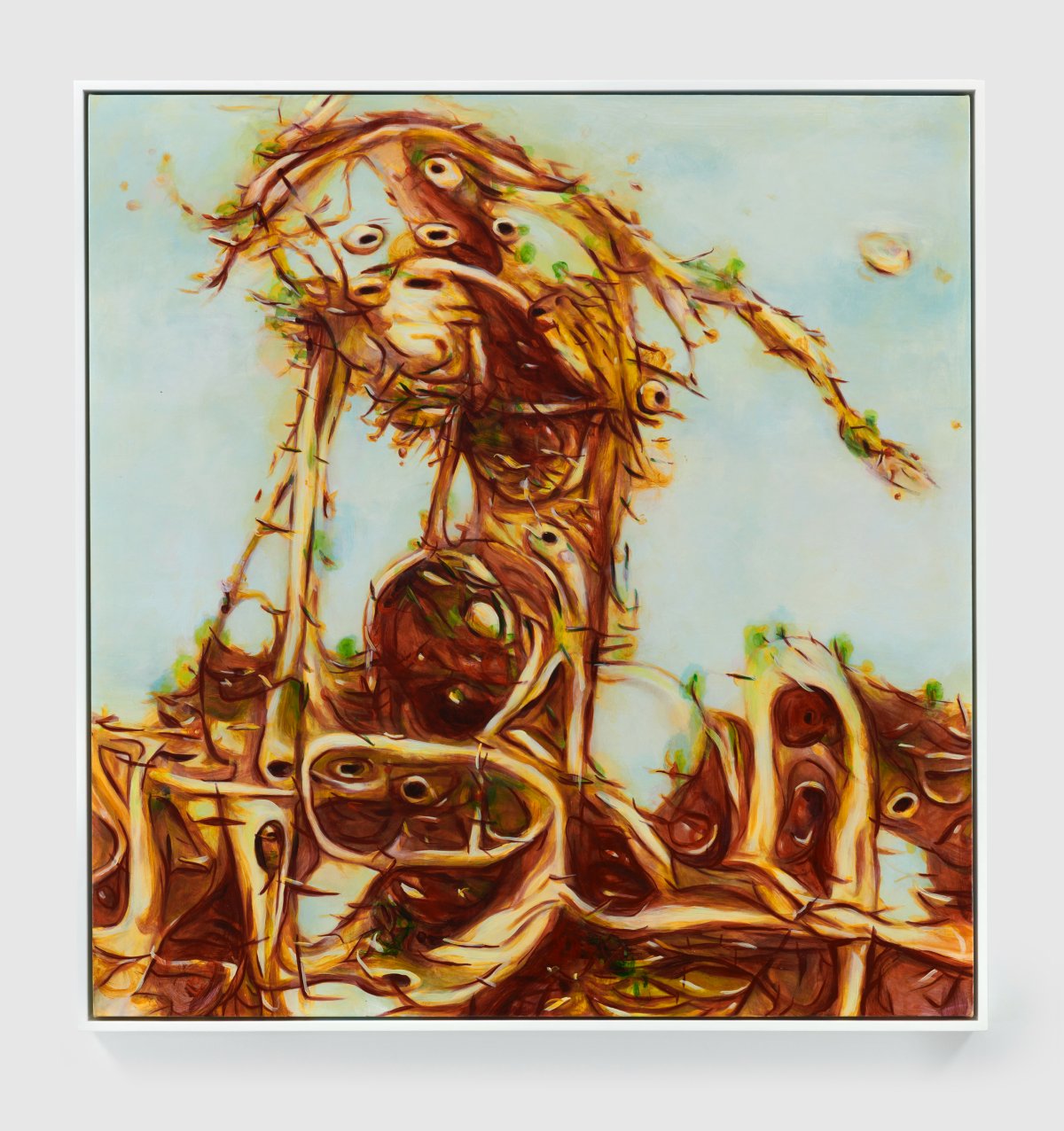 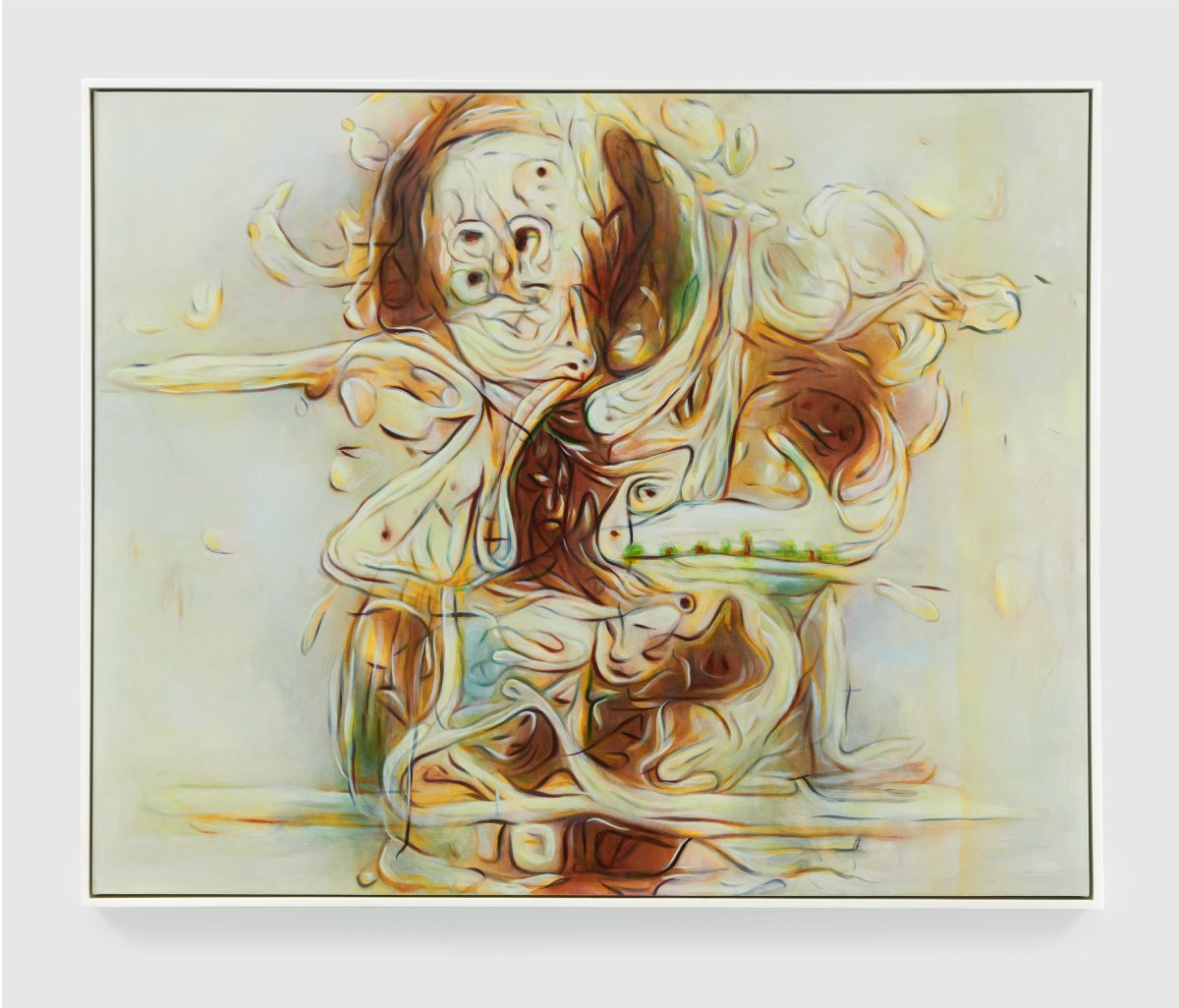 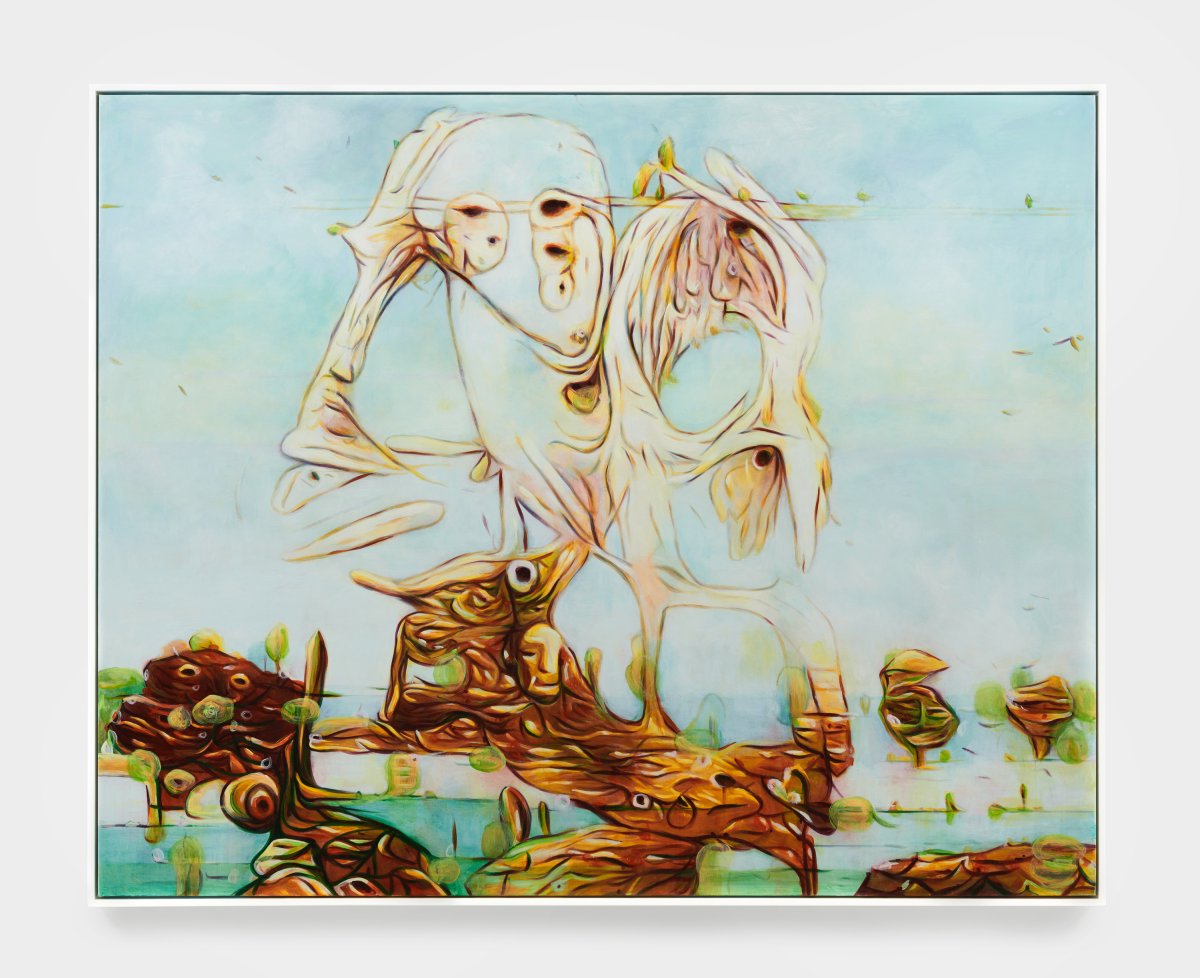 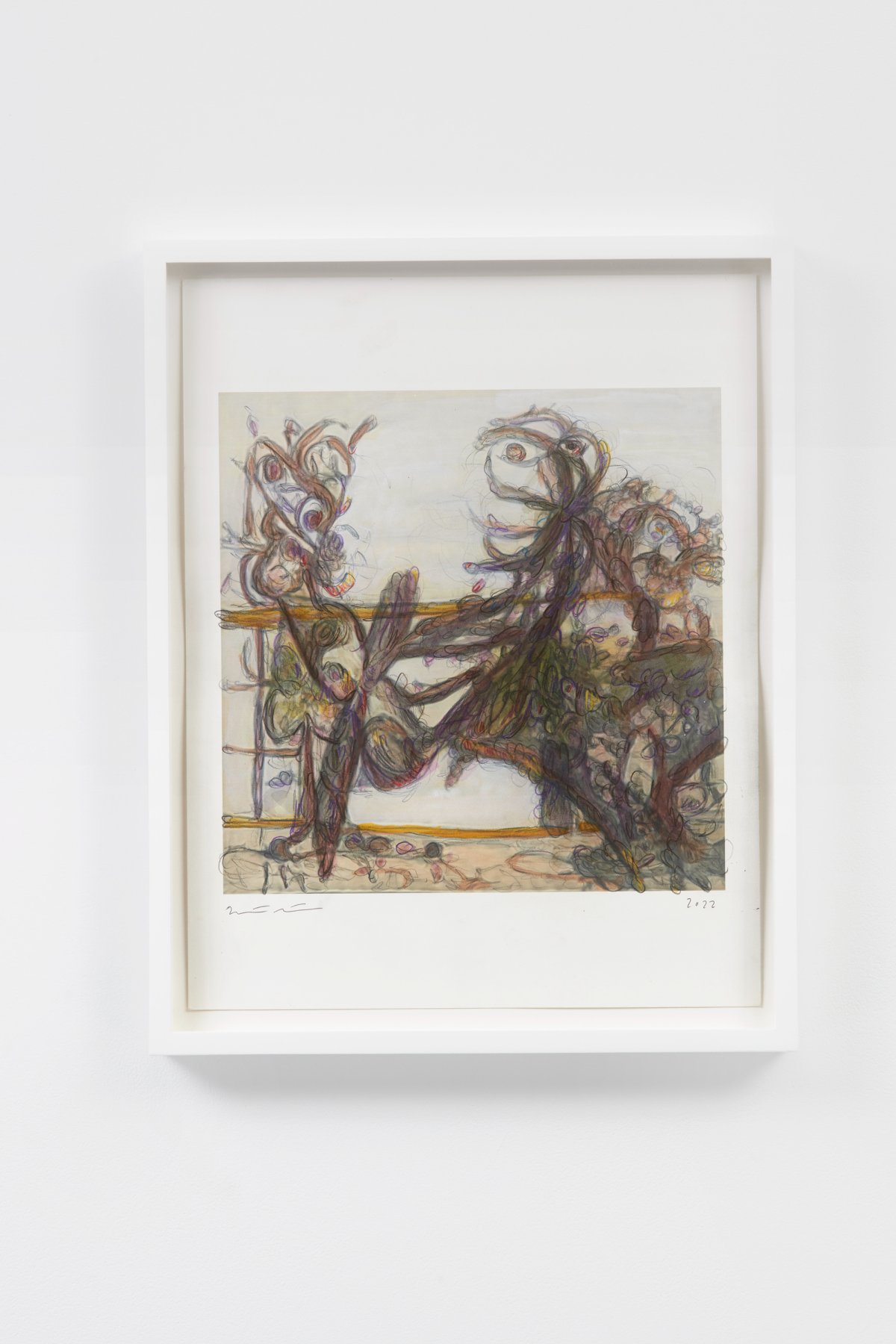 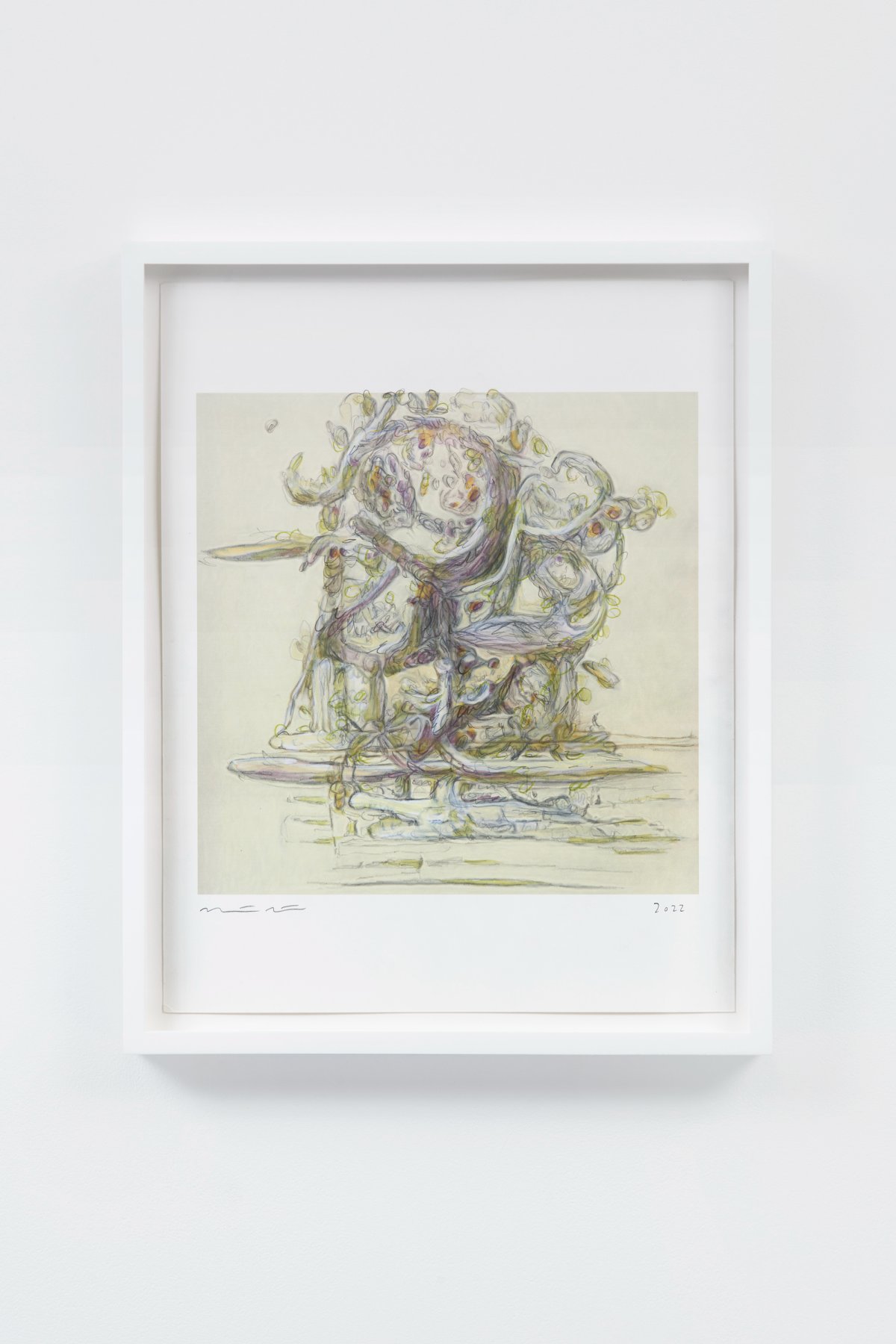 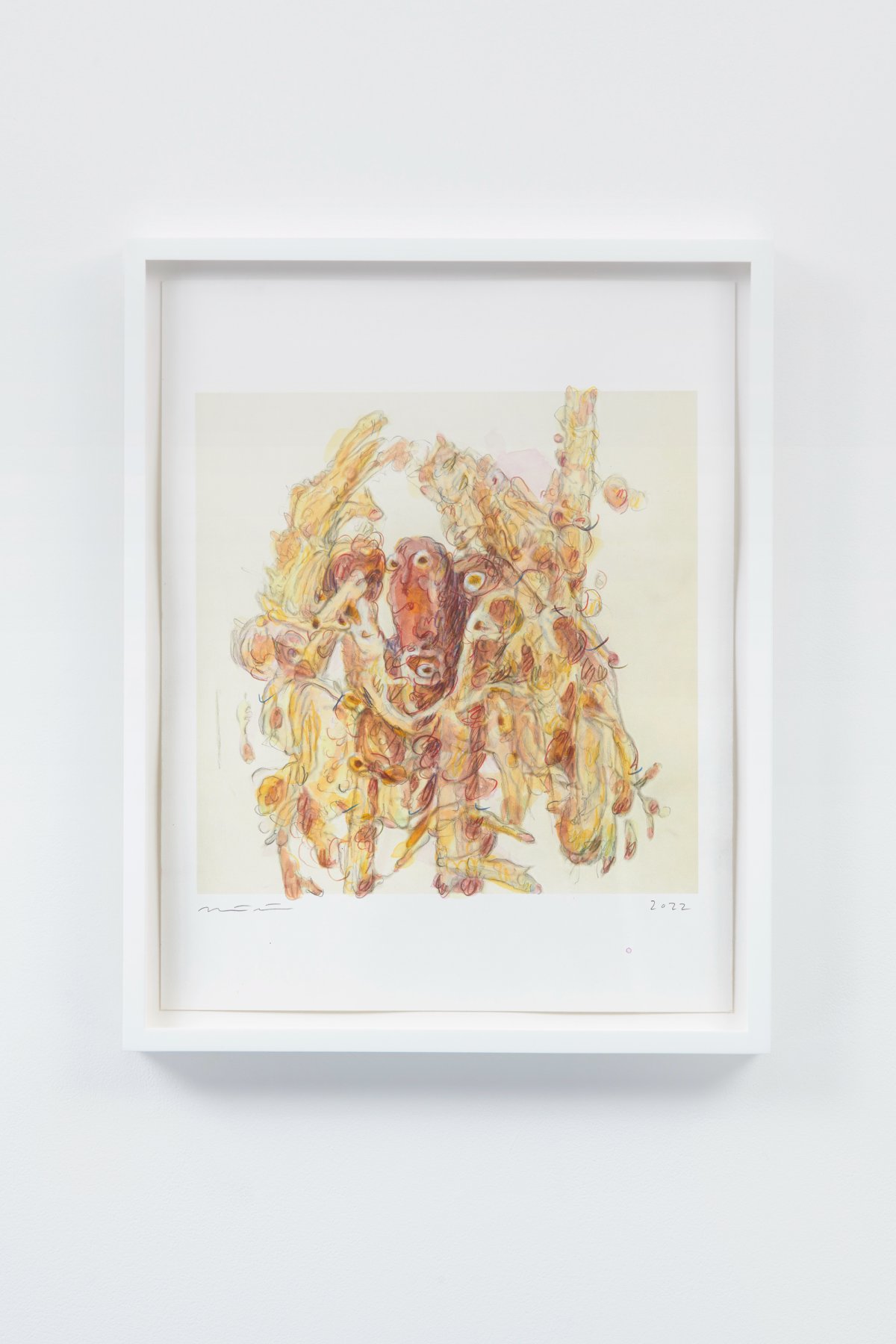 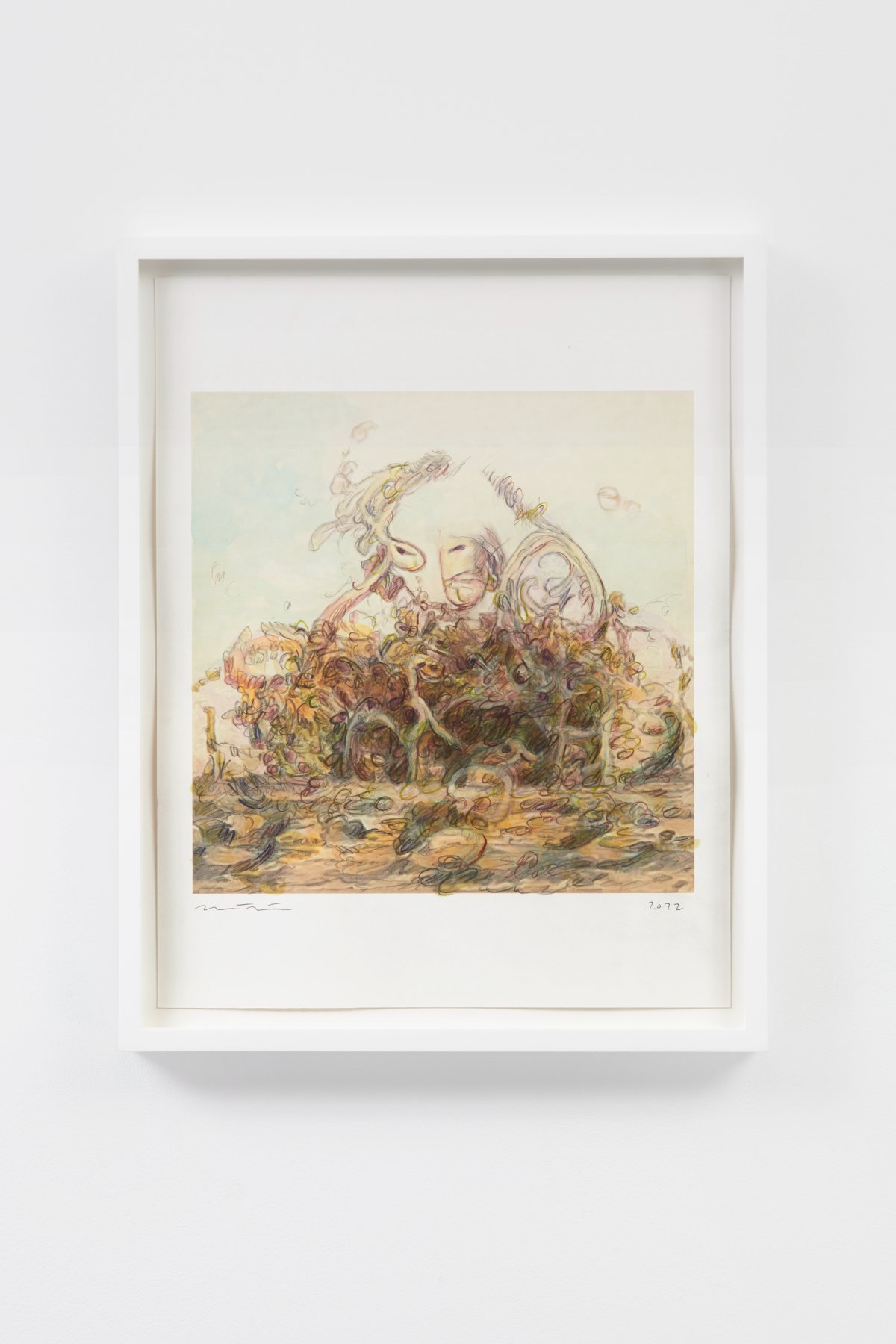 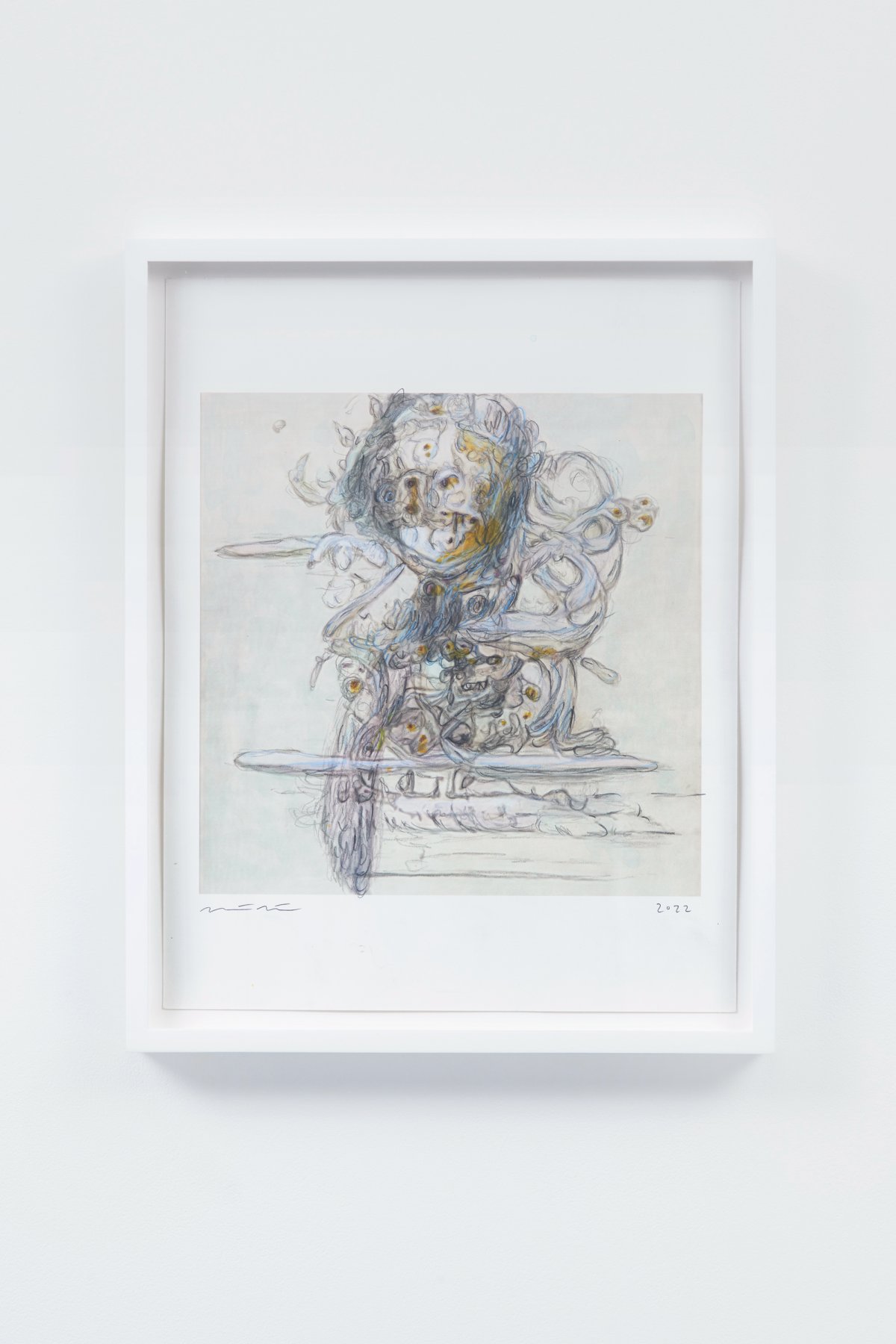 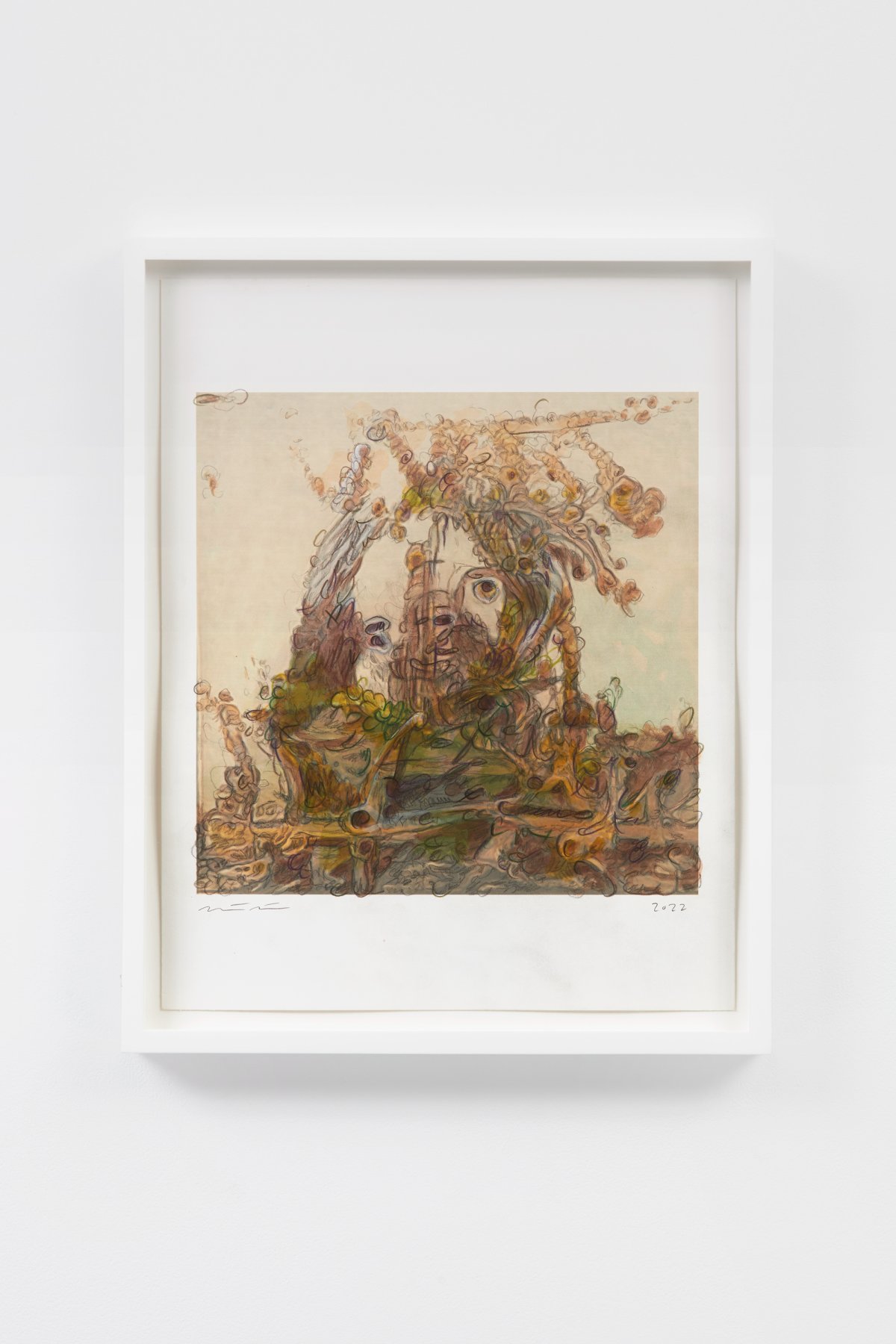 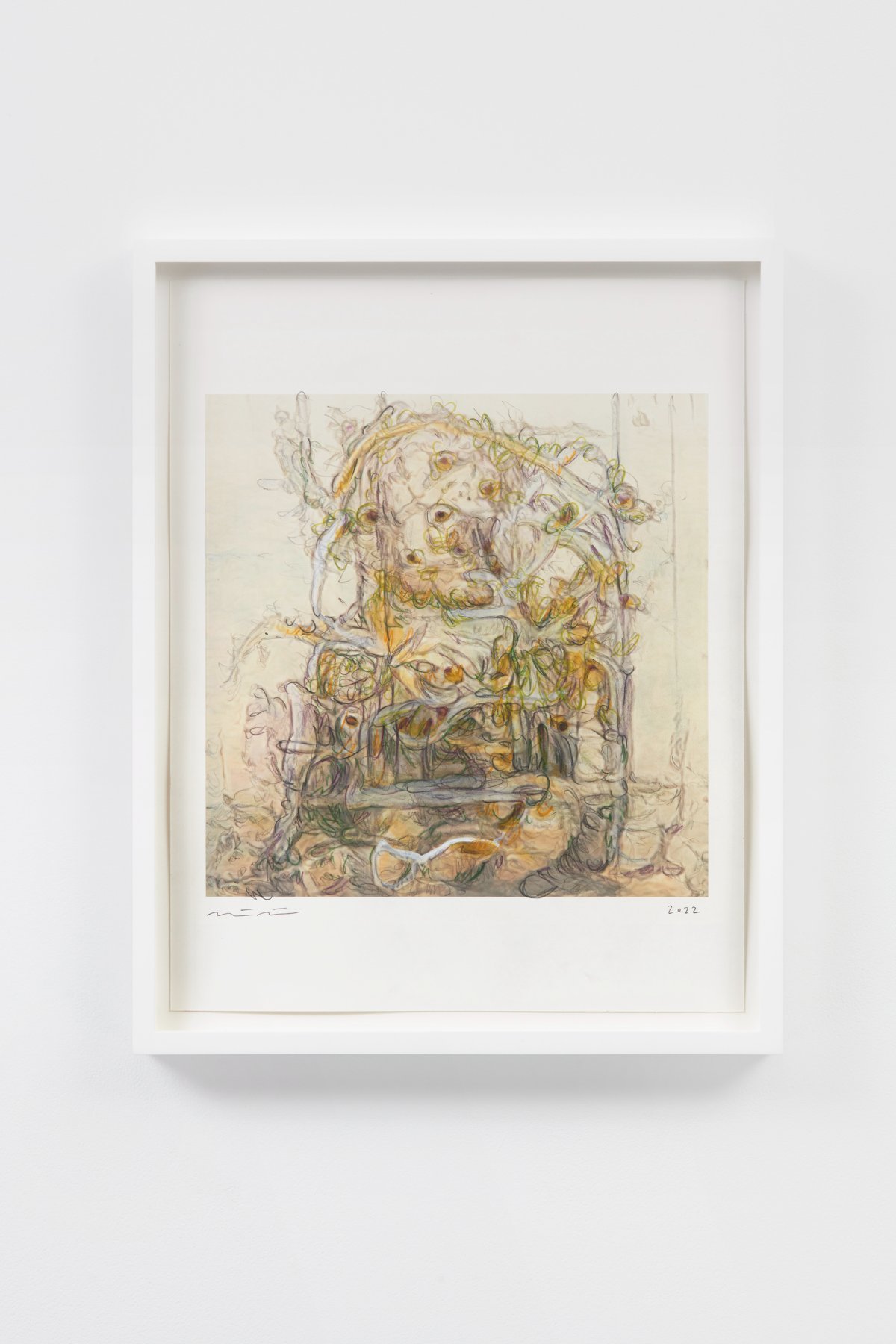 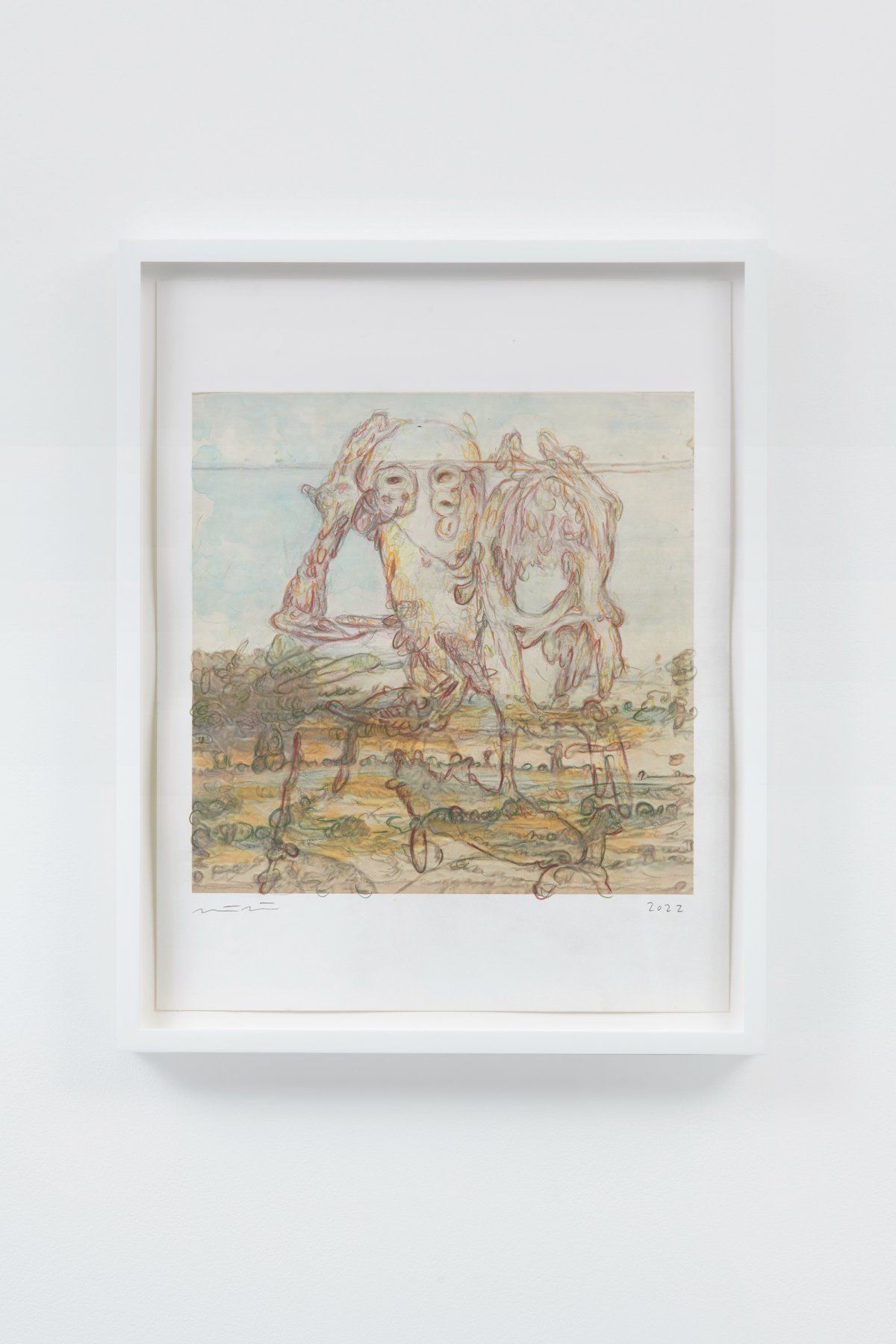 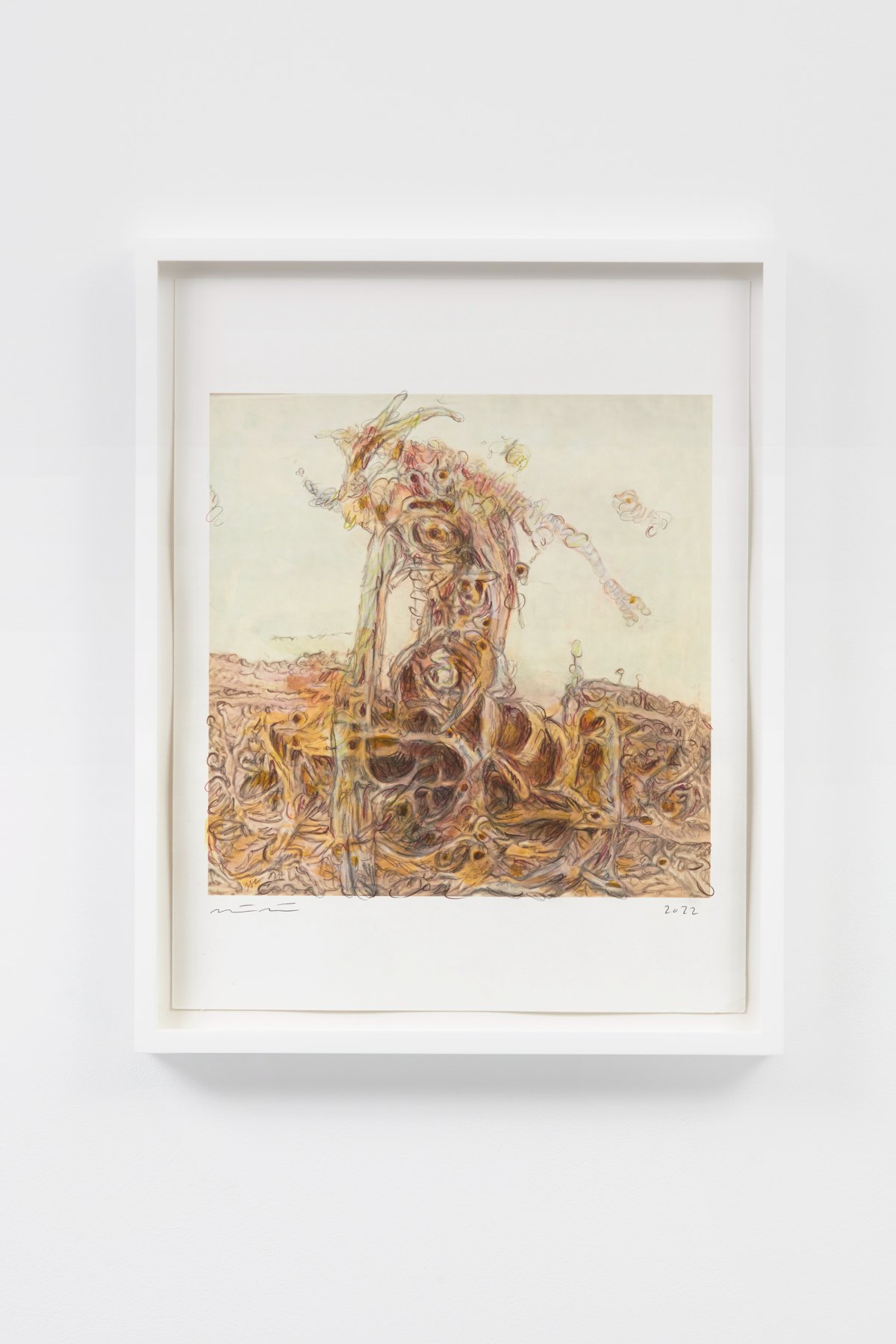 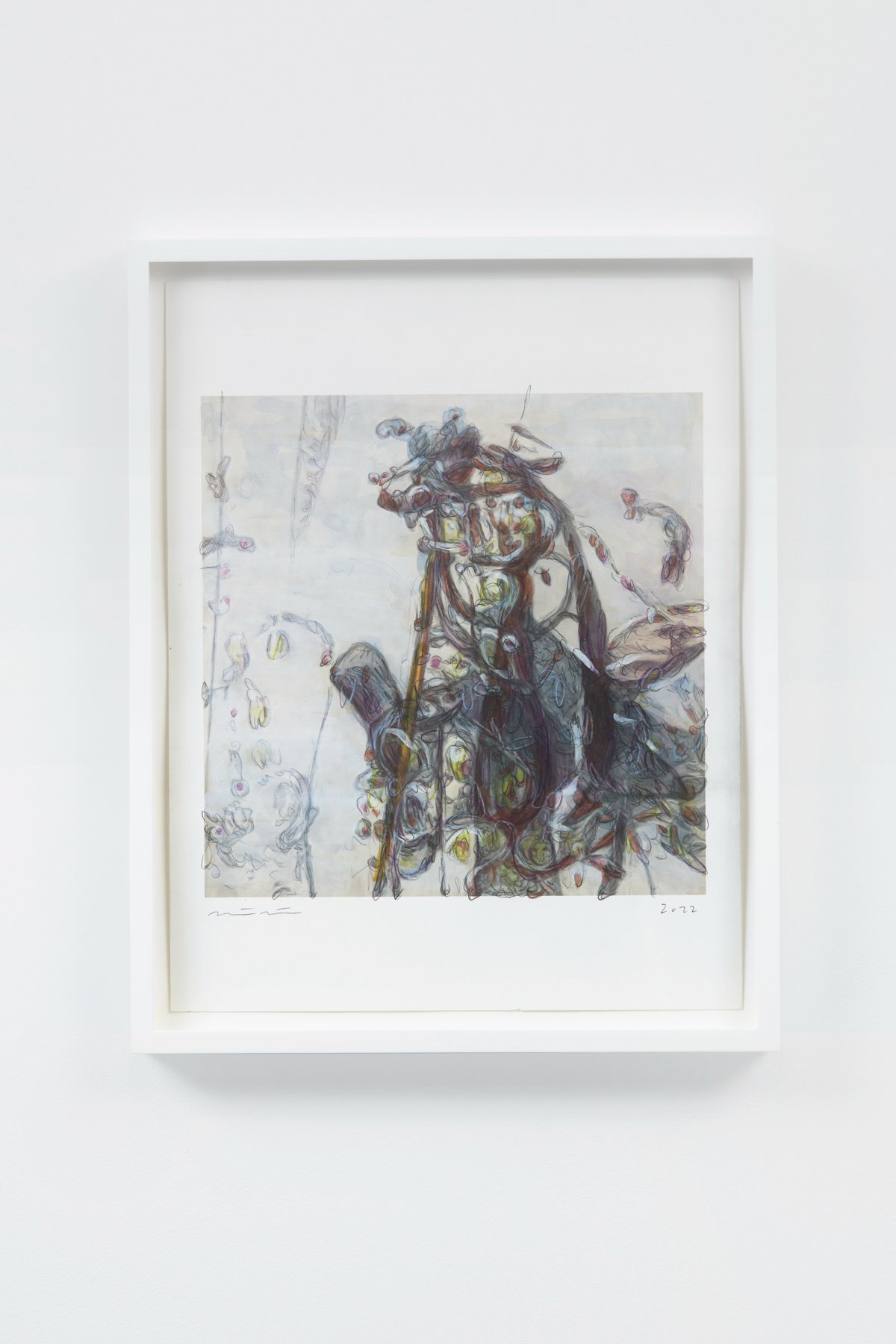 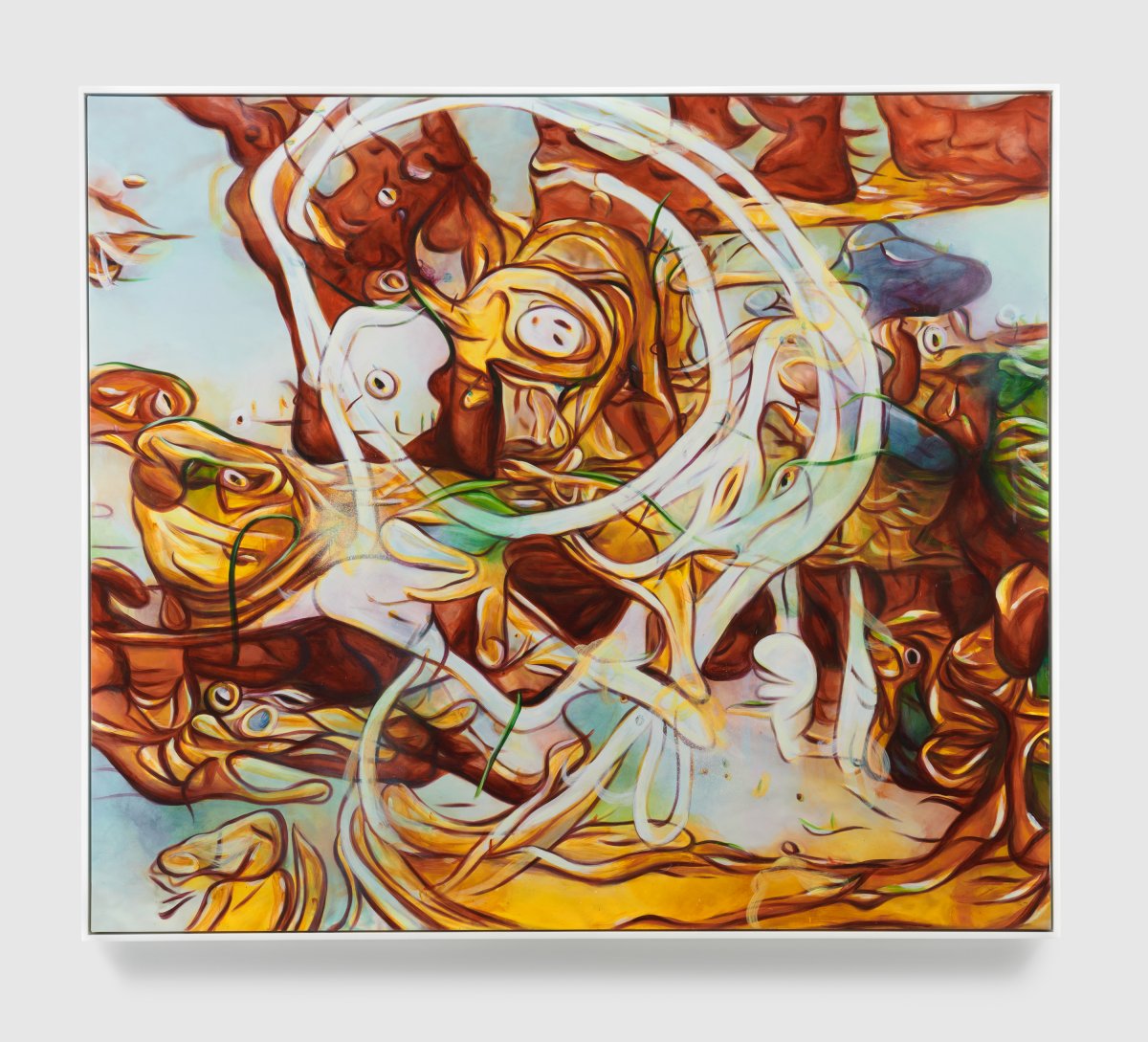 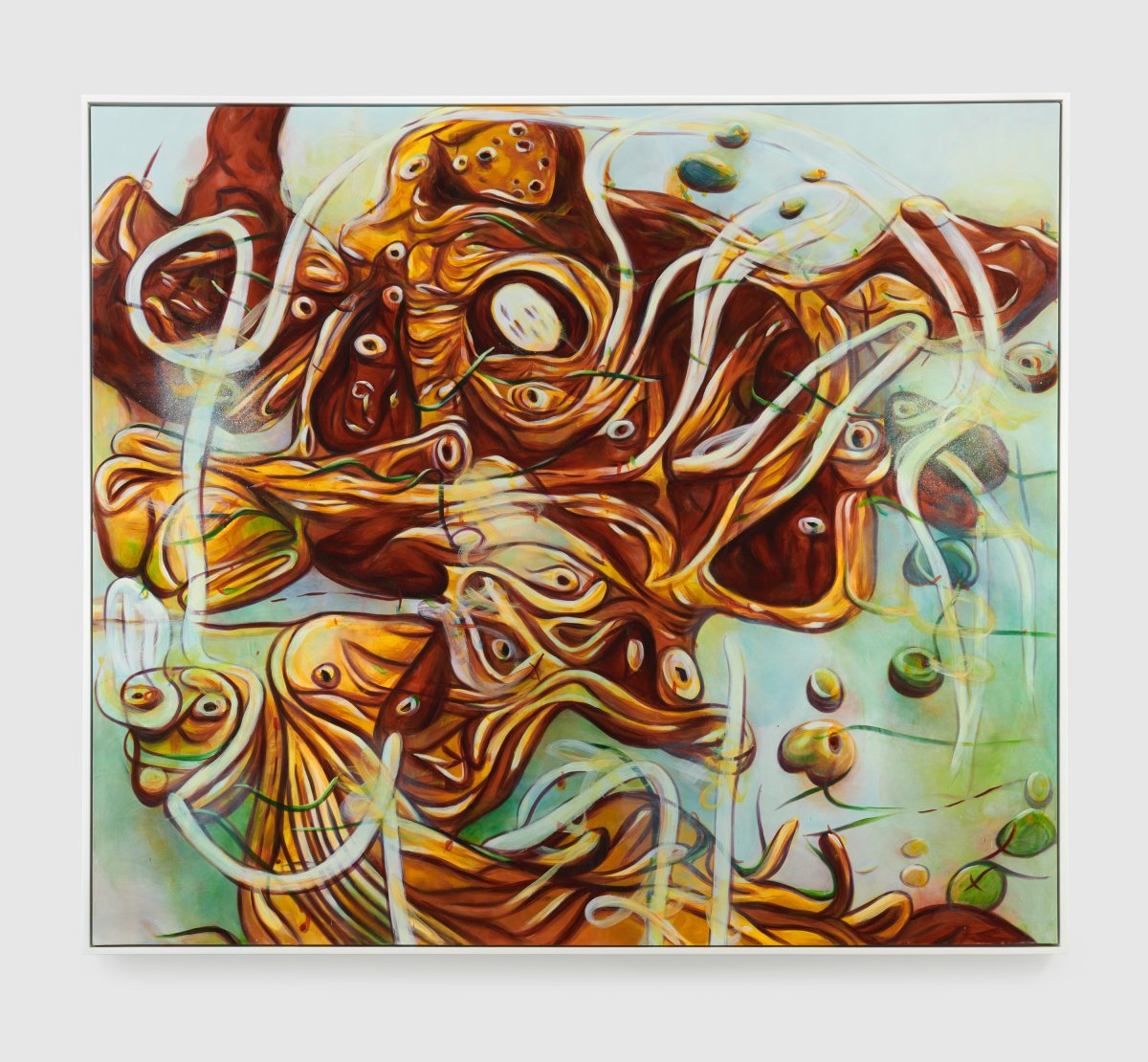 Matthew Ritchie
Servant of the Fluid, 2022 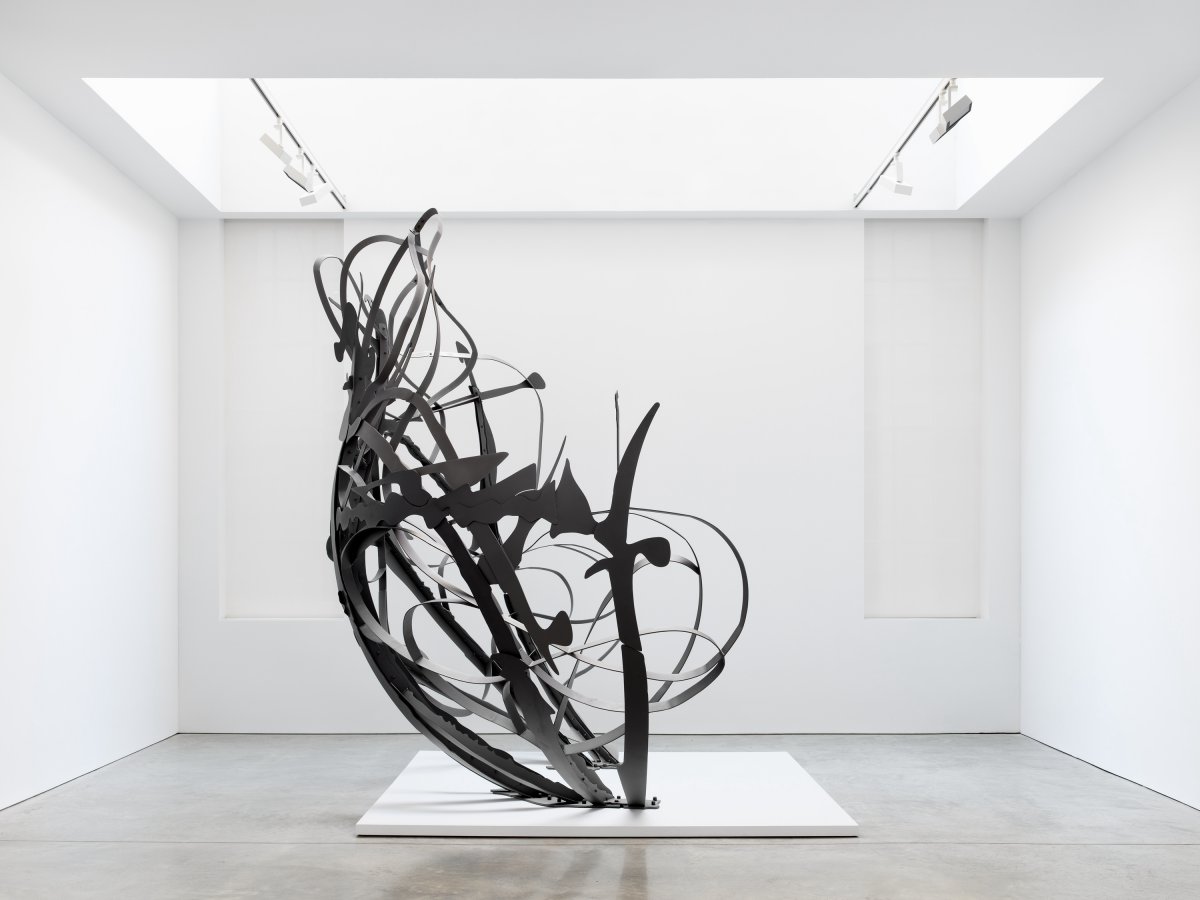 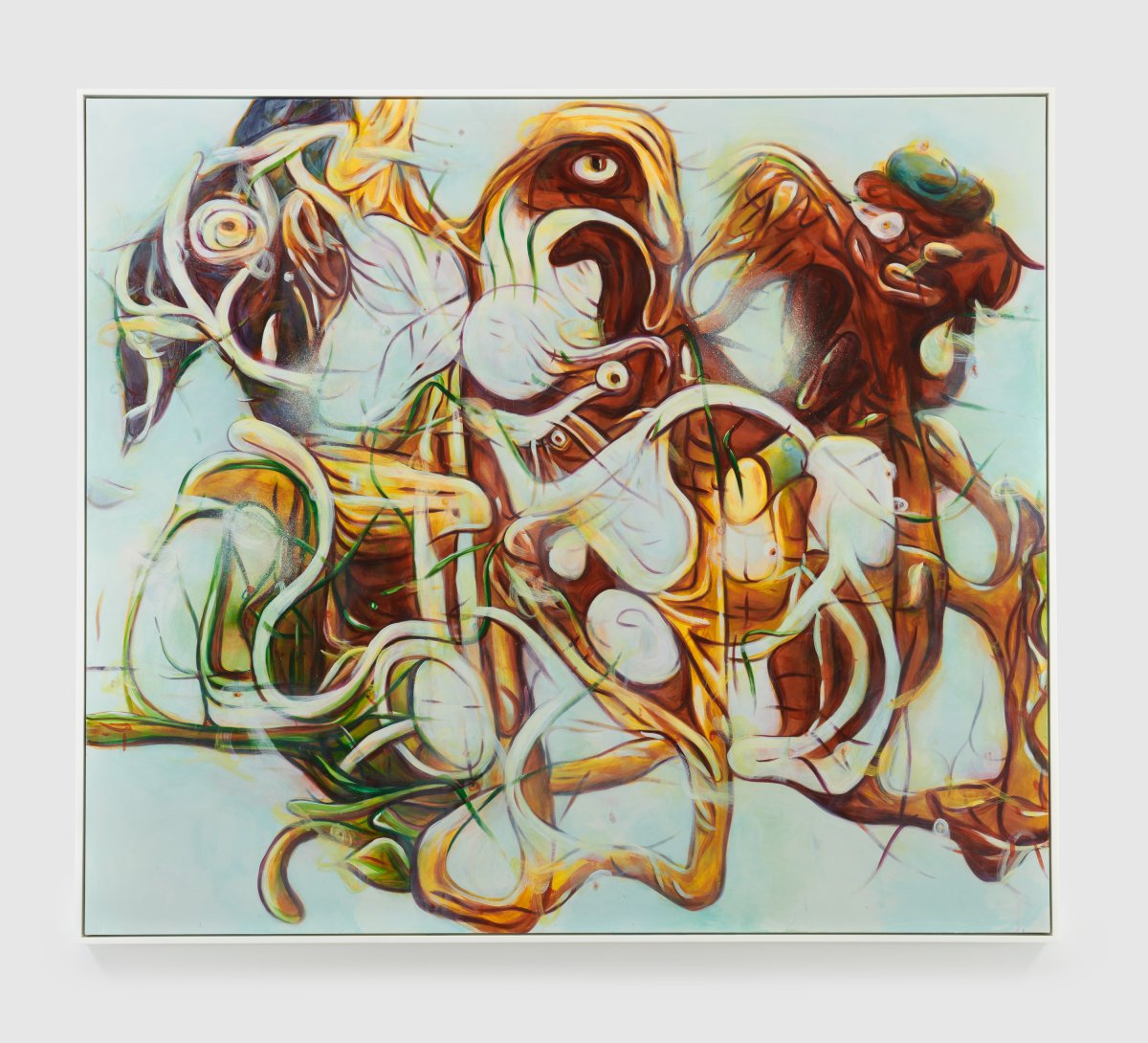 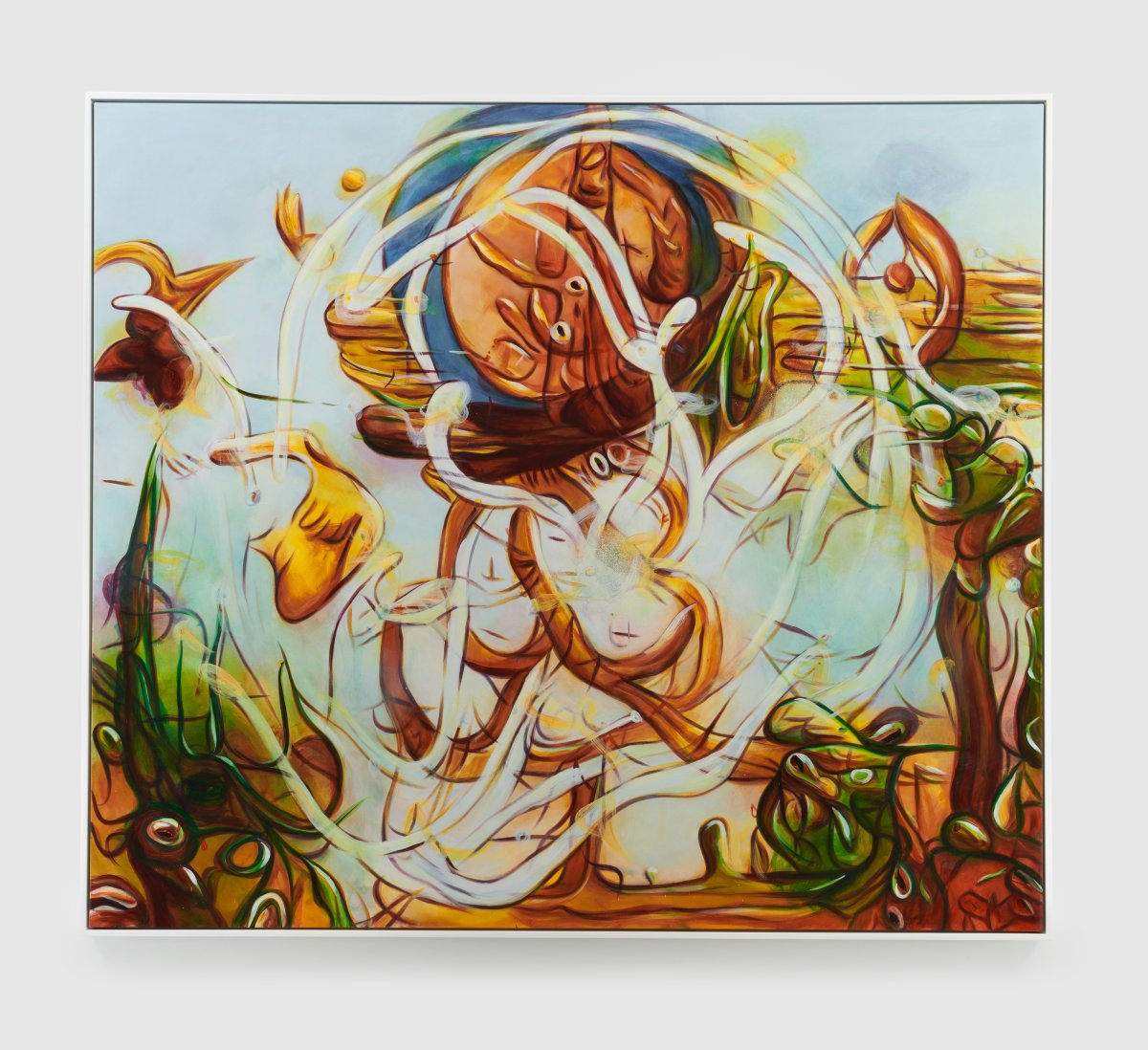 Matthew Ritchie
Yew of the Wood, 2022 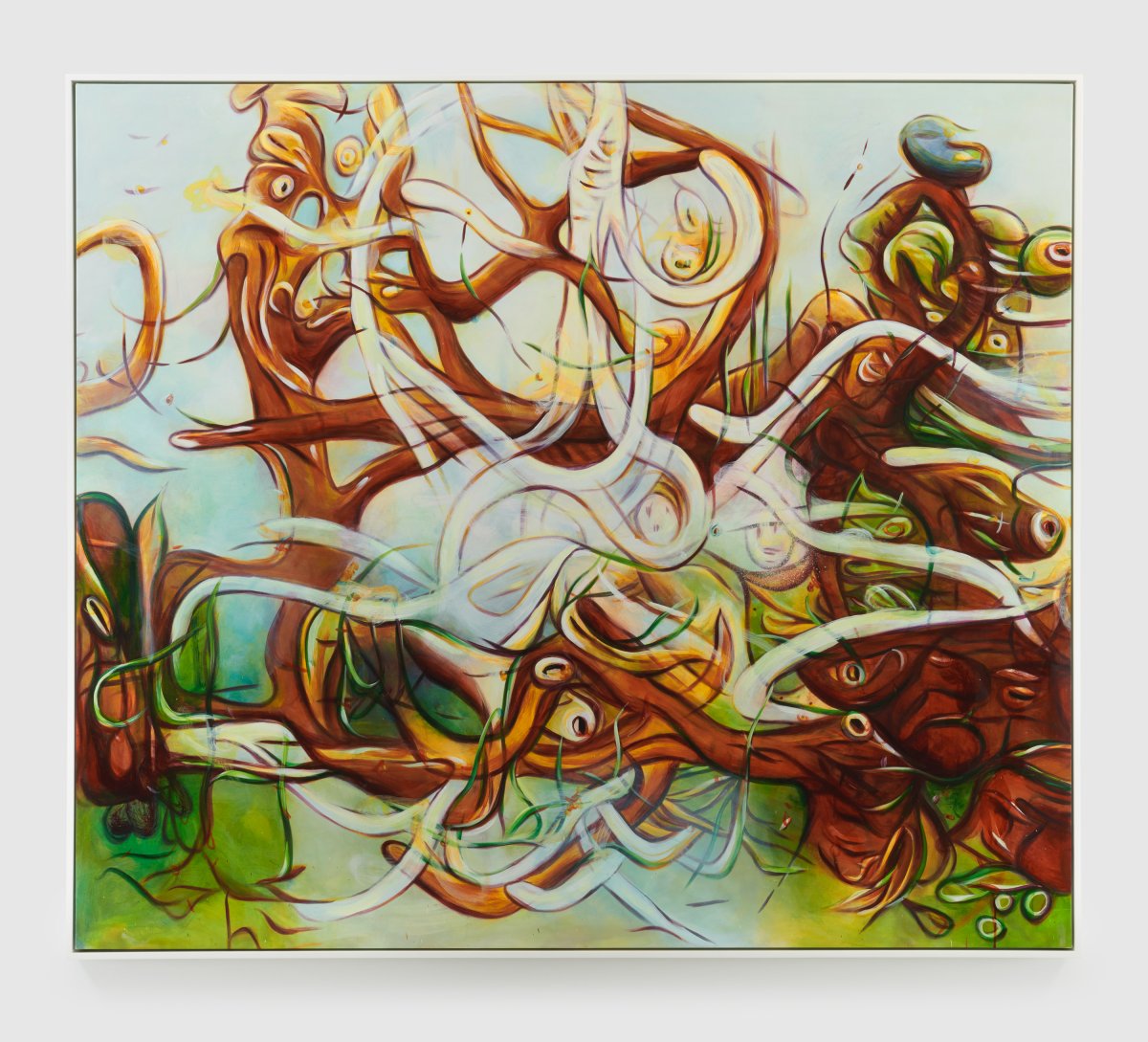 Matthew Ritchie
Battle of the Trees, 2022 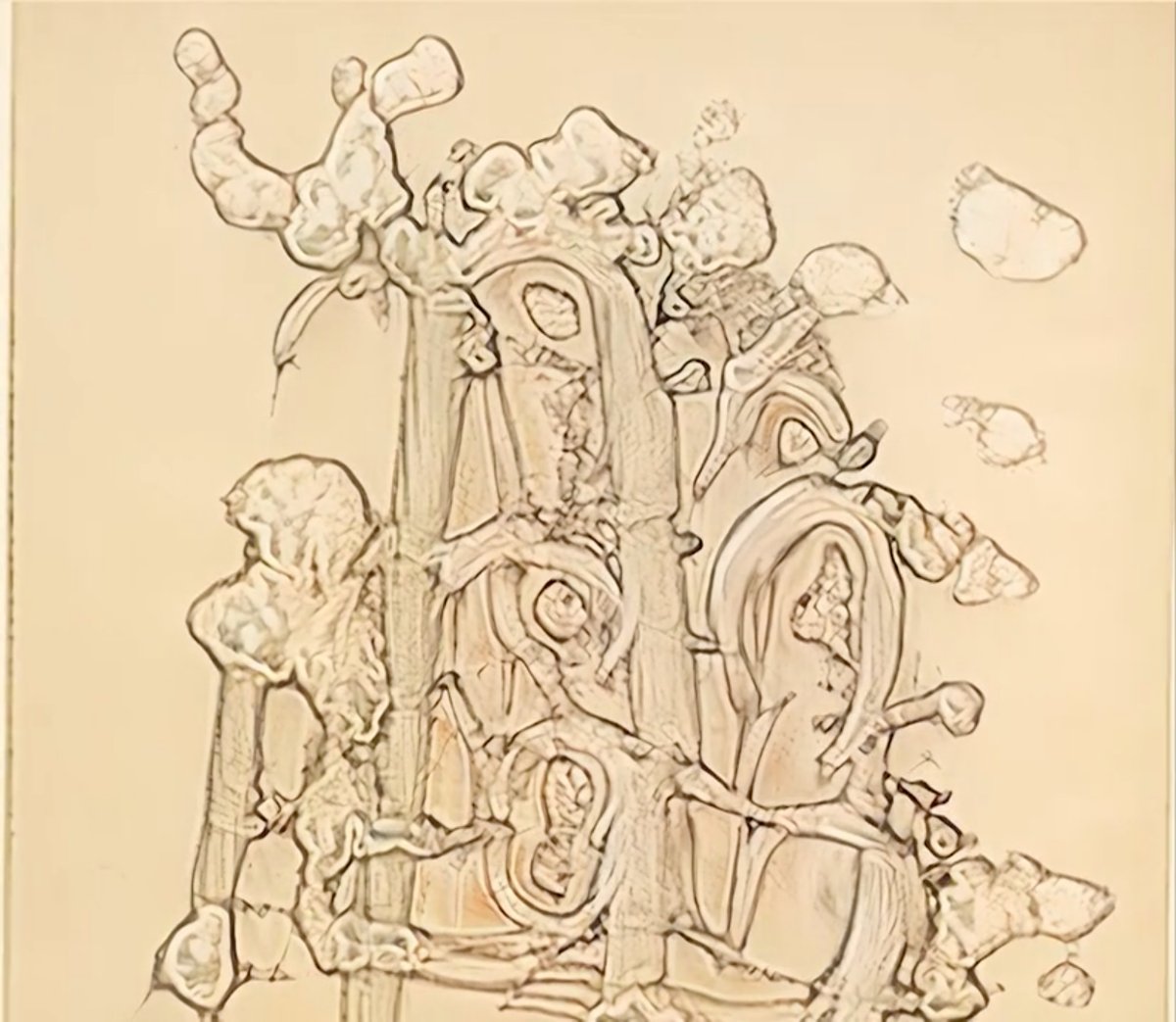 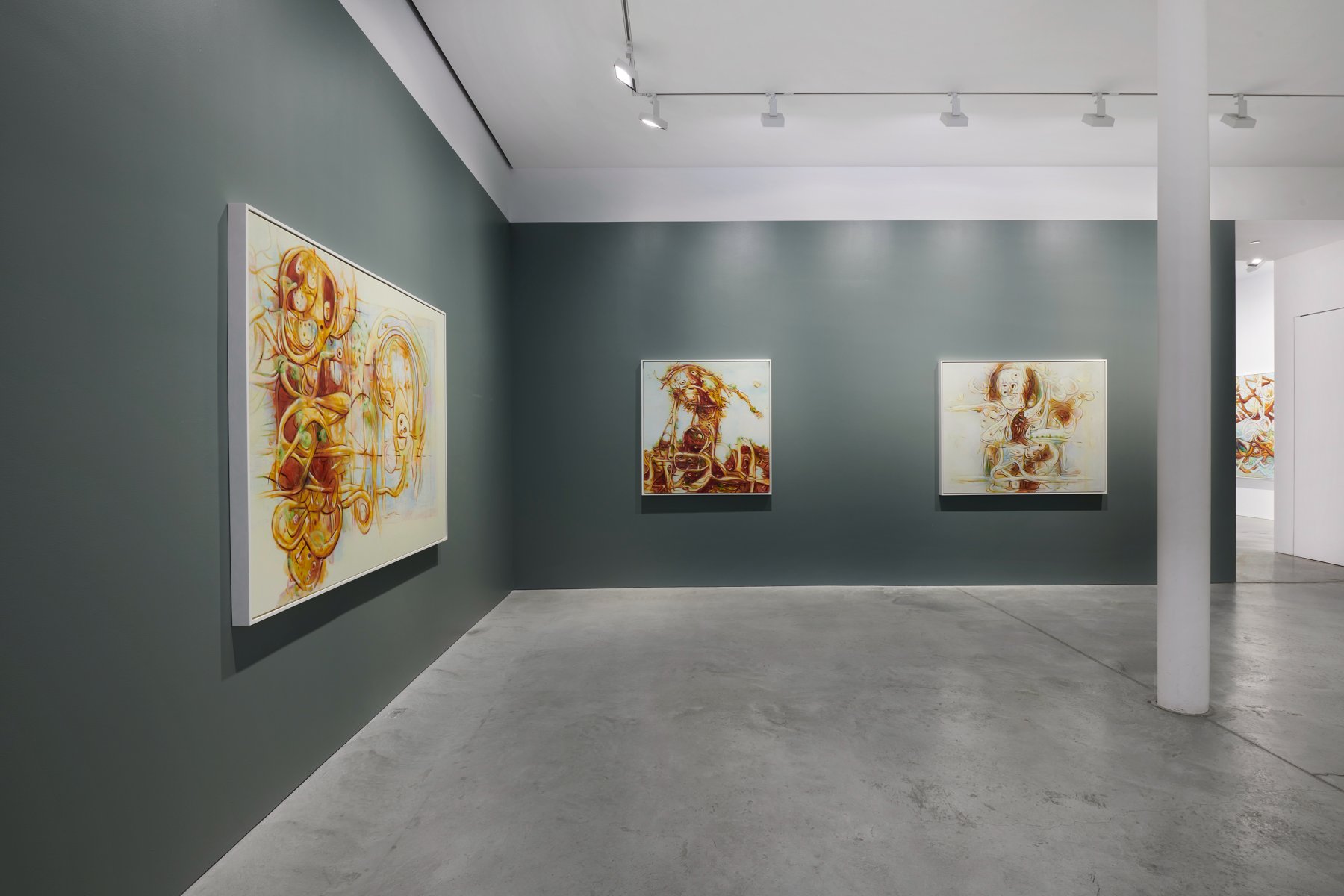 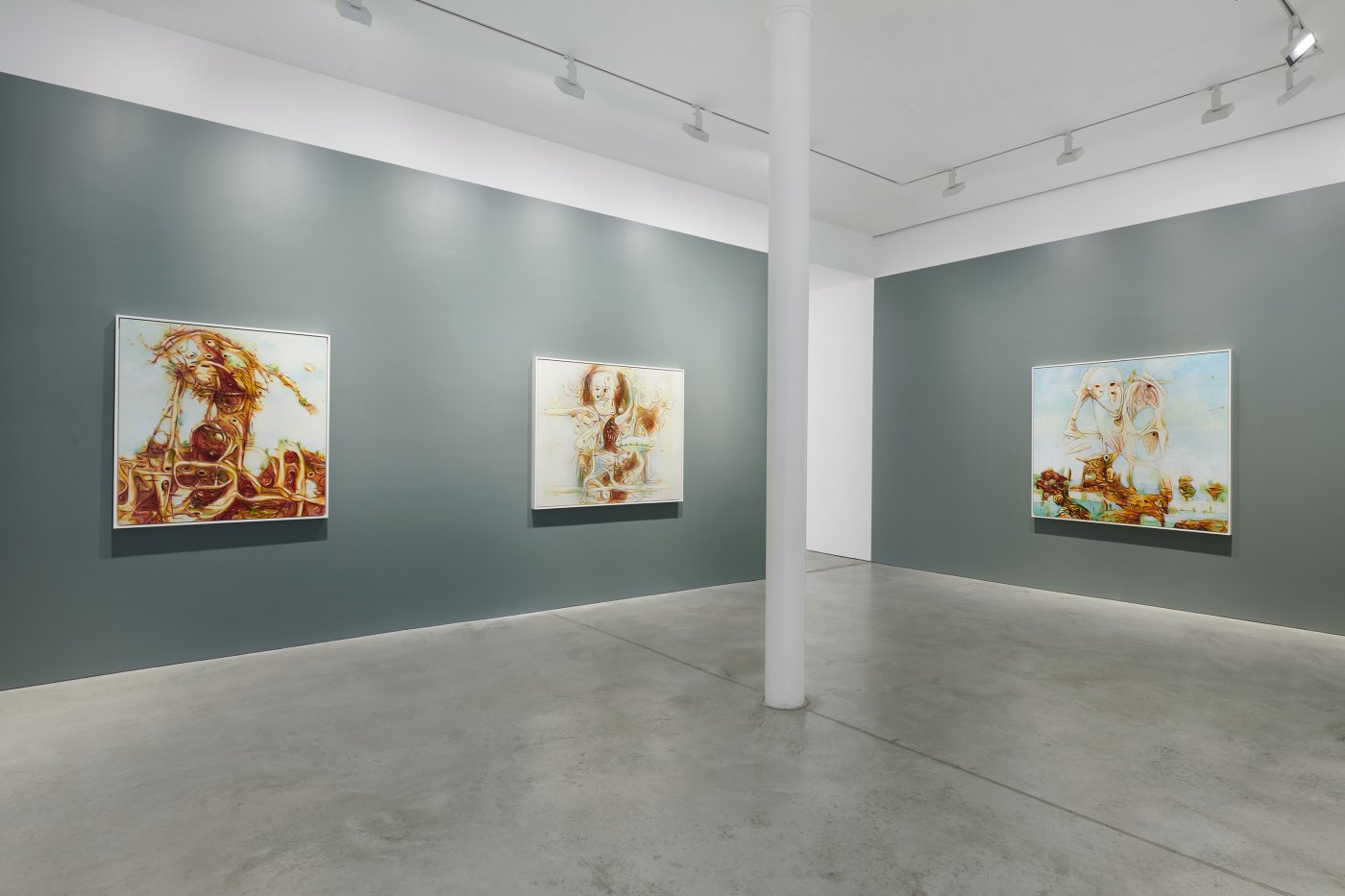 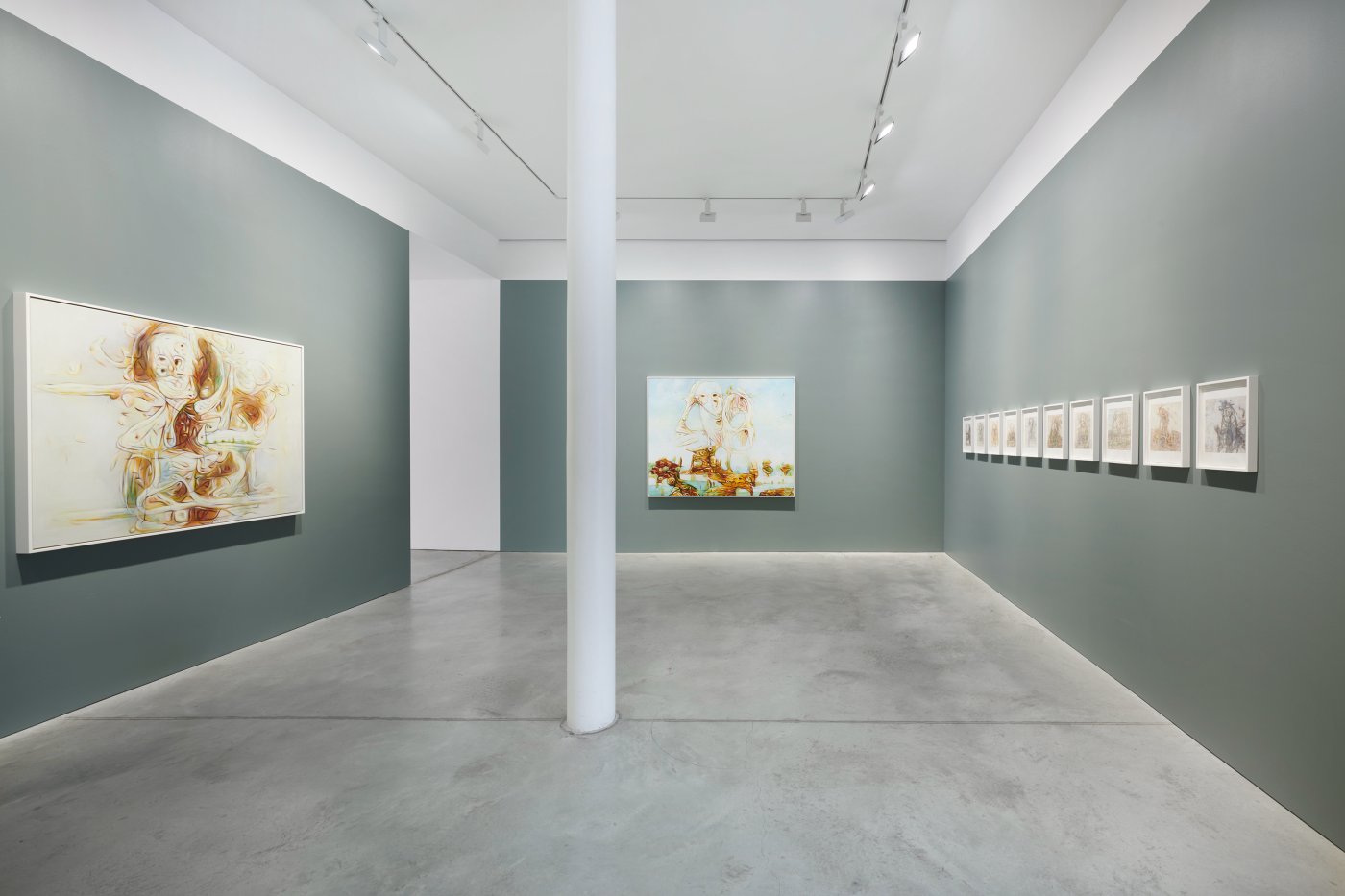 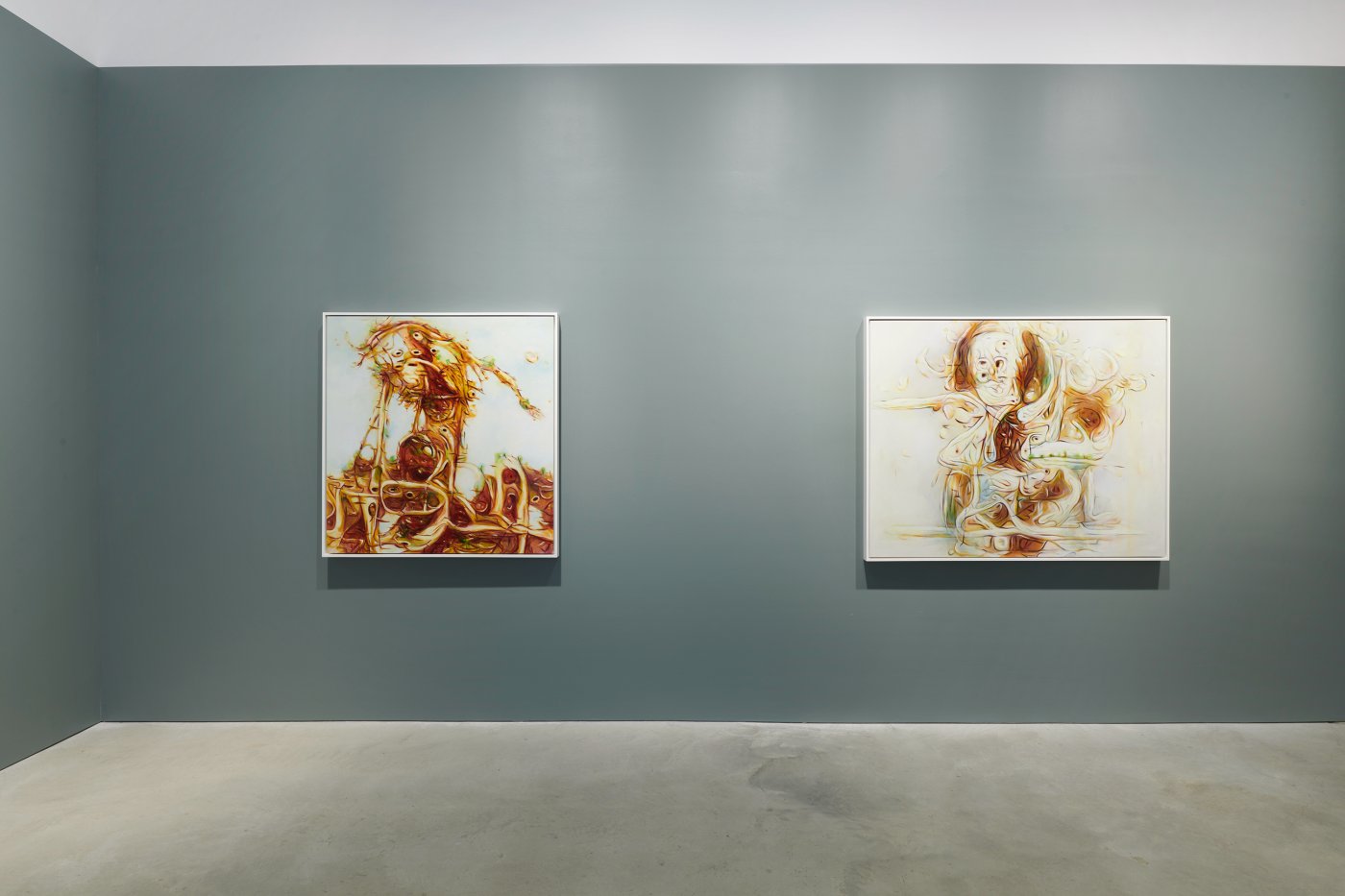 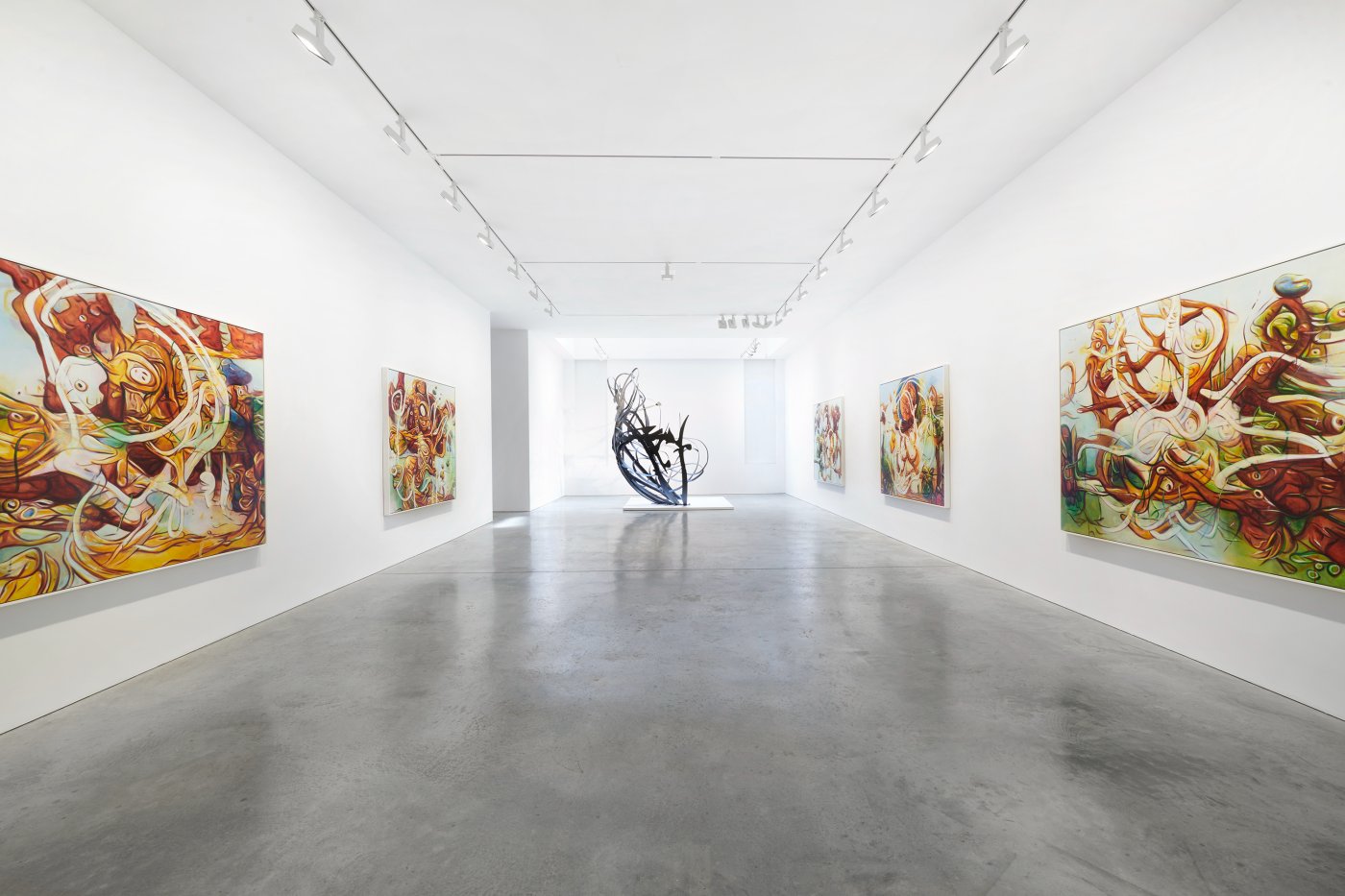 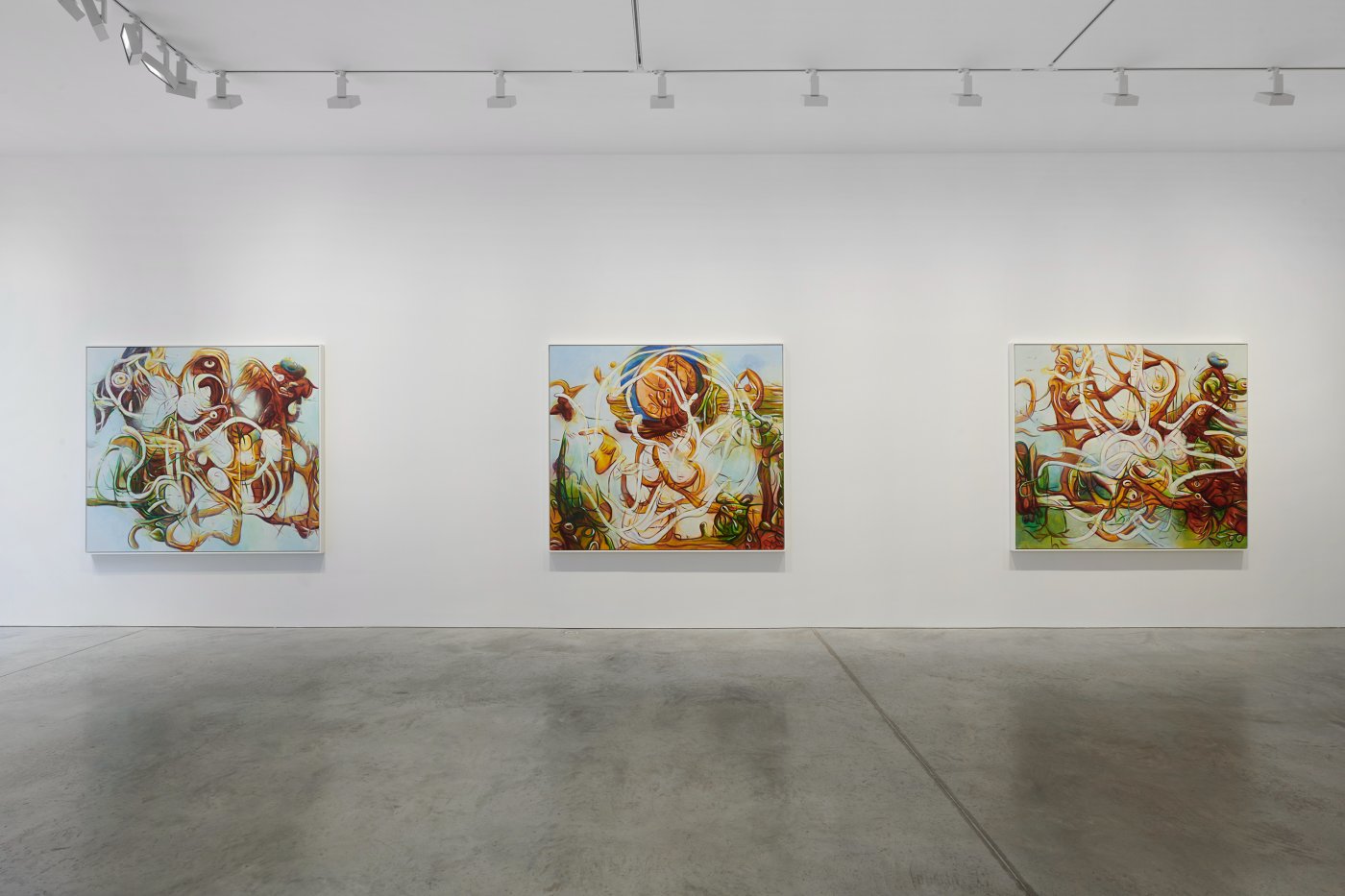 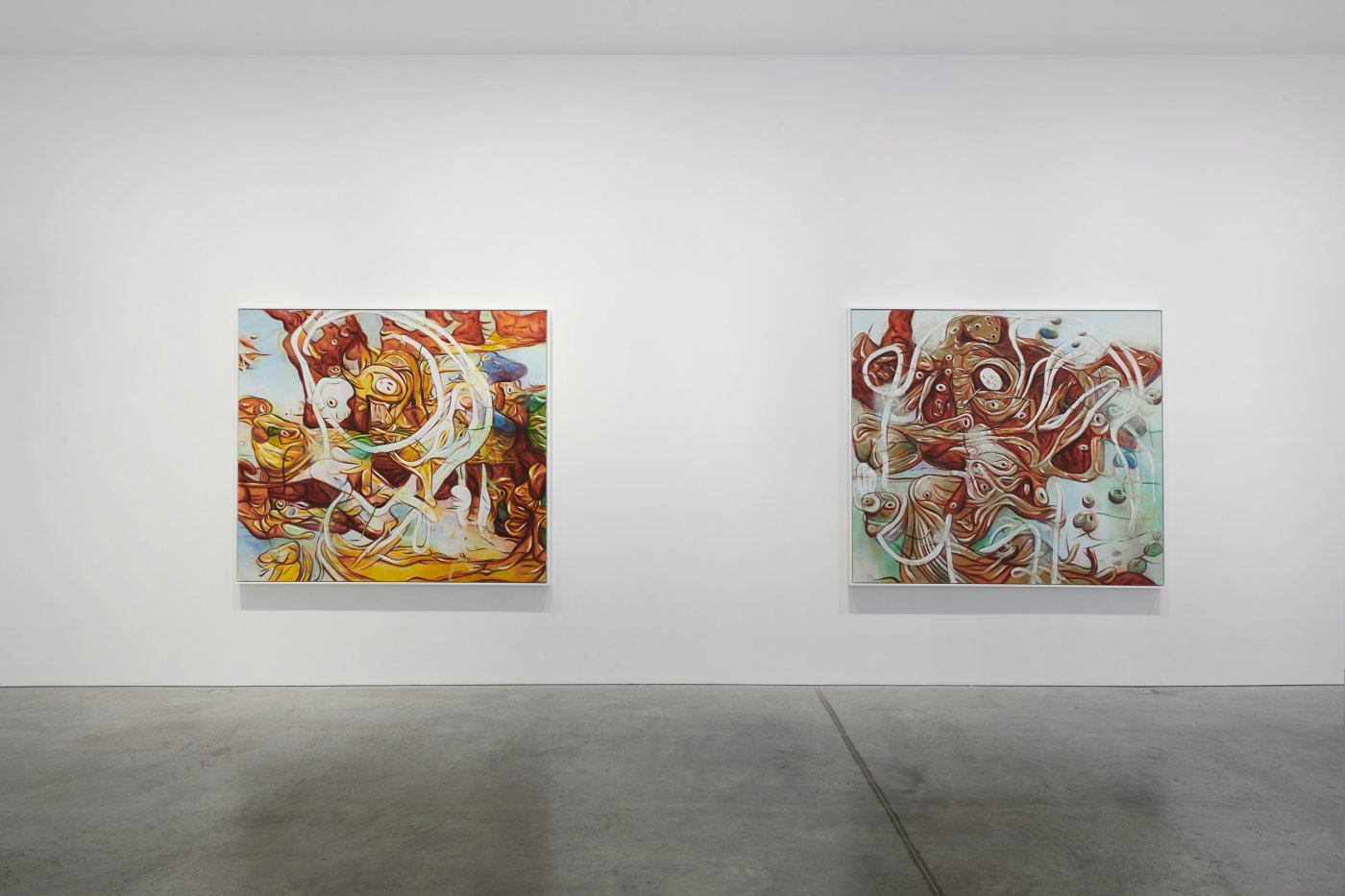 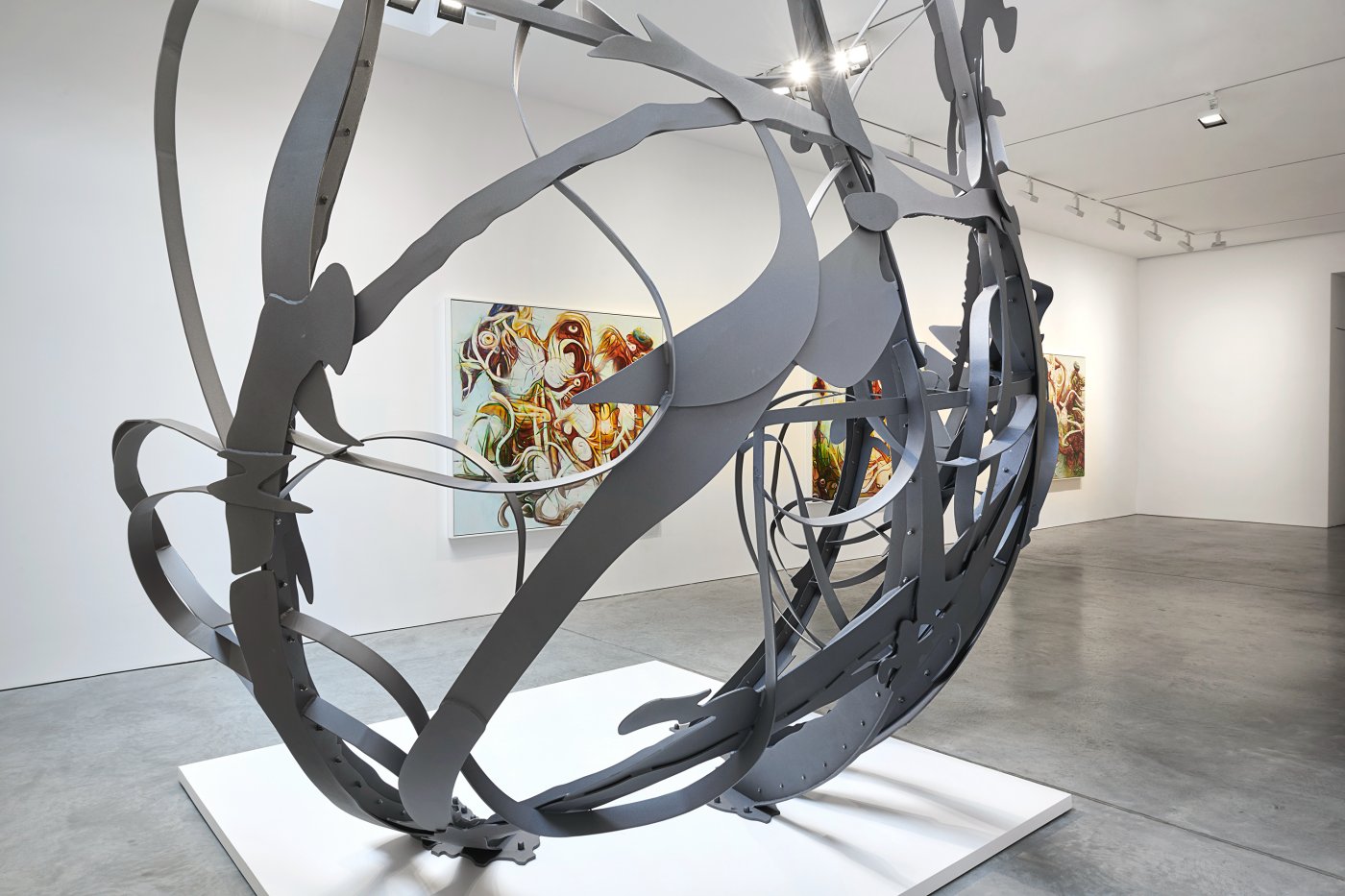 A Garden in the Machine brings together two new series of paintings, drawings, and a related film with a monumental sculpture. These works explore the ways in which Ritchie synthesizes systems; from the mathematical to the botanical to the poetic, to create a deeply personal language of expressive hybrid forms. The gesture becomes a means of teasing out the overlapping threads and knotty contradictions between seemingly disparate realms of understanding.

Ritchie’s new paintings depict looping vortexes of chimerical limbs and primeval roots, strange organic forms that seem to hover perpetually on the thresholds of cognition and formation. In each work, he builds a richly evocative world that feels at once deeply familiar and eerily foreign. This push and pull between dissonance and harmony, between the beautiful and the grotesque, constitutes what he has referred to as the “plasmatic space of painting.”

These works are an outgrowth of Ritchie’s experimentation with a type of machine learning known as generative adversarial networks (GANs), which treat images as data from which to develop new imagery. For each of the series included in the exhibition, he trained the program using different databases of drawings, portraits, and landscapes drawn from the collection of the Metropolitan Museum of Art, medieval art, and his own works into a singular visual language. The GANs functions as an image generator from which he can intuitively build his own compositions.

For Ritchie, technology is most interesting in the ways it can provide a mirror of artistic thought. In the artist’s hands, the idea of artificial intelligence becomes highly subjective, allowing him to play with a personal art history. The resulting paintings feel inhabited by the marks that make them, a summoning of ghostly forces through technological means–from the apocalyptic visions of Hieronymous Bosch and the spiritual abstractions of Georgiana Houghton to the idiosyncratic expressionism of James Ensor and Paul Nash, and the biomorphic figuration of Max Ernst and Arshile Gorky. Ritchie holds together the weight of histories embodied within the painted mark, while creating emancipatory and interpretative possibilities.

Shadow Drawing, 2022, is an enveloping 10-foot high sculpture of laser-cut, powder-coated stainless steel that creates a landscape of line and shadow. Although the structure is fixed in solid steel, it appears on the precipice of change and hovers on the threshold of chaos and order. Its form was initially based on a mathematical model called a Henon attractor, which allows one to model chaotic orbits—in other words, to trace an almost untraceable line.

Caudex, 2022, a film by Ritchie, captures snapshots of the GANs as it runs through multiple serial progressions– what the artist terms “code walks”– in which new forms emerge and recede, guided by the artist’s hand and resembling a blooming garden of converging data. The film is accompanied by music written by Shara Nova, with lyrics by Ritchie, for Infinite Movement, their 2021 opera which casts the discriminator and the generator of the GANs as dueling characters.

Ritchie’s work is marked by an enduring interest in multiple cultural traditions of imagery and storytelling. For the artist, everything is connected: the history of art, a creation myth or a gravitational theory are all attempts to speak to humanity’s place within and relationship to the universe. The exhibition title, A Garden in the Machine, inverts the title of Leo Marx’s The Machine in the Garden, which described the arrival of the industrial age into the pastoral ideal. Ritchie finds both ghosts and gardens in the machine, connecting us to the artificial nature of today and the themes of complexity, climate change, and apocalypse that have long been a central focus of his work. As he notes of this tension, “I am interested in embodying evolution—art as an experimental garden for hybridity and the emergence of new forms.”

Matthew Ritchie (b. 1964) has exhibited extensively over the past two decades, including solo presentations at the CVAD Galleries at the University of North Texas (2021), Moody Center for the Arts at Rice University, Houston (2018), Institute of Contemporary Art, Boston (2014), ZKM Karlsruhe (2012), Barbican Theatre, London (2012), Brooklyn Academy of Music (2009); St. Louis Art Museum (2007); MASS MoCA (2004), and Contemporary Art Museum, Houston (2003). Matthew Ritchie: A Garden in the Flood, a major mid-career retrospective, will open on November 11 at the Frist Art Museum in Nashville. Organized by Chief Curator Mark Scala, the exhibition will be accompanied by a monographic publication featuring texts by Mark Scala, Matthew Ritchie, and Caroline A. Jones. A Garden in the Flood will also premiere Ritchie’s collaboration with the Grammy Award- winning Fisk Jubilee Singers and their musical director Dr. Paul T. Kwami, whose repertoire of Black spirituals is also a foundation of modern music. Ritchie was recently the 2018-21 Dasha Zhukova Distinguished Visiting Artist at MIT Center for Art, Science & Technology. He was featured in international exhibitions including 1997 Whitney Biennial, the 2002 Sydney Biennale, the 2004 Bienal de Sao Paulo, the 2008 Seville Bienal and the 11th International Architecture Biennial, Venice, Italy (2008). His work is in the permanent collections of the Museum of Modern Art, New York; Solomon R. Guggenheim Museum, New York; Whitney Museum of American Art, New York; San Francisco Museum of Modern Art; and the MIT List Visual Arts Center, Boston, among others. Ritchie lives and works in New York.