See the artist’s first solo museum presentation in the UK in over a decade, featuring the UK premiere of a ‘breathtakingly beautiful’ new feature-length film 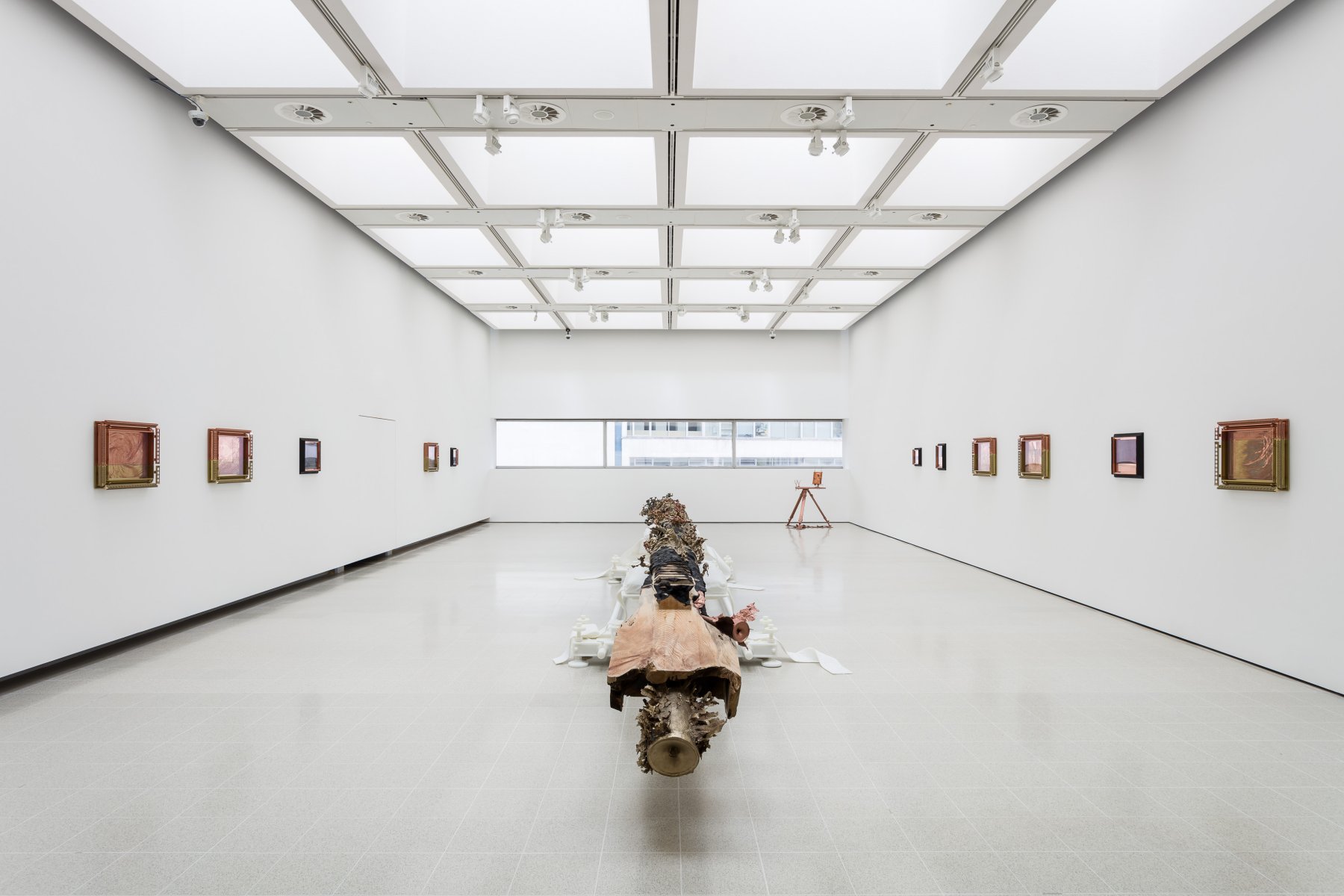 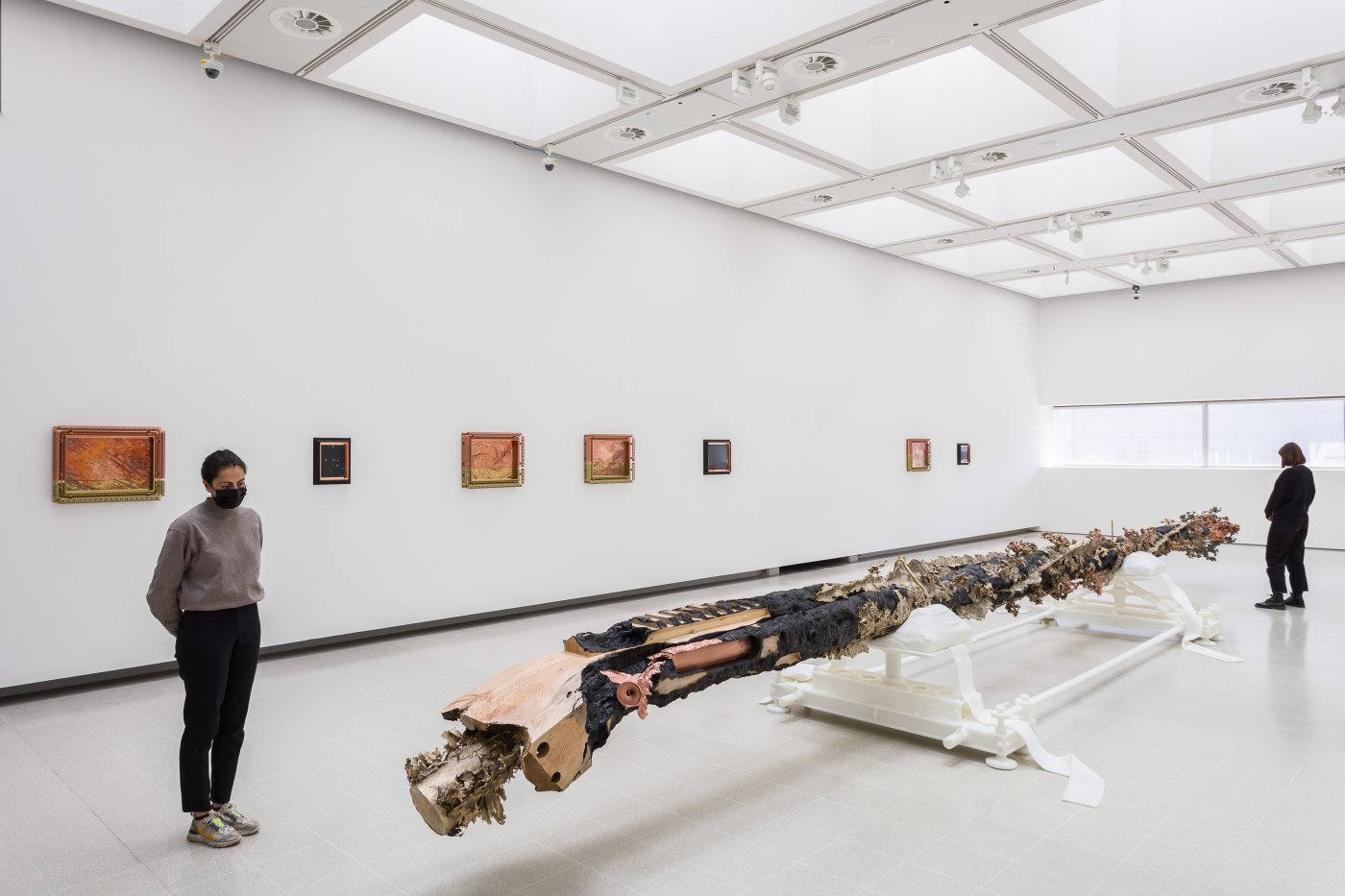 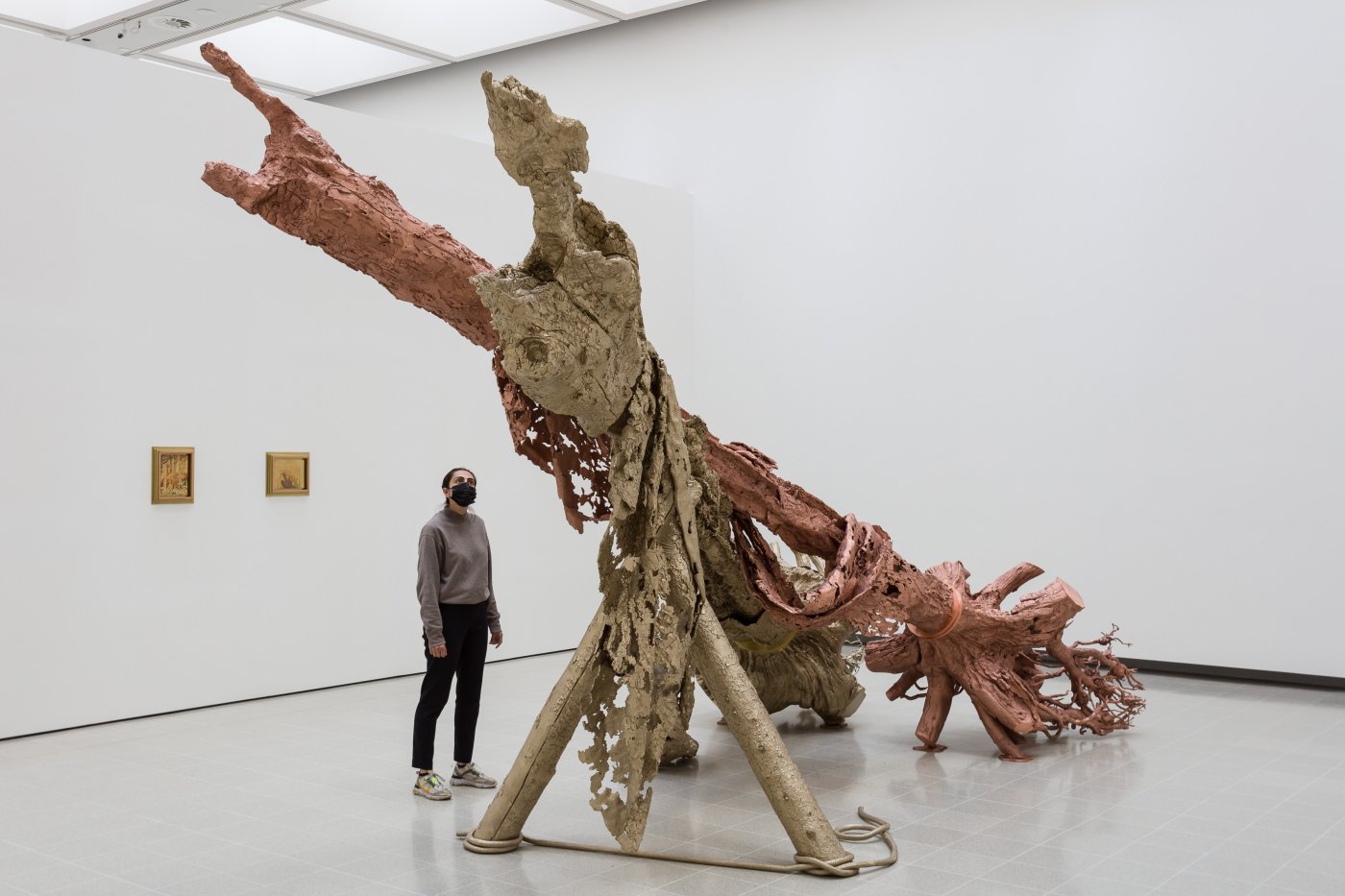 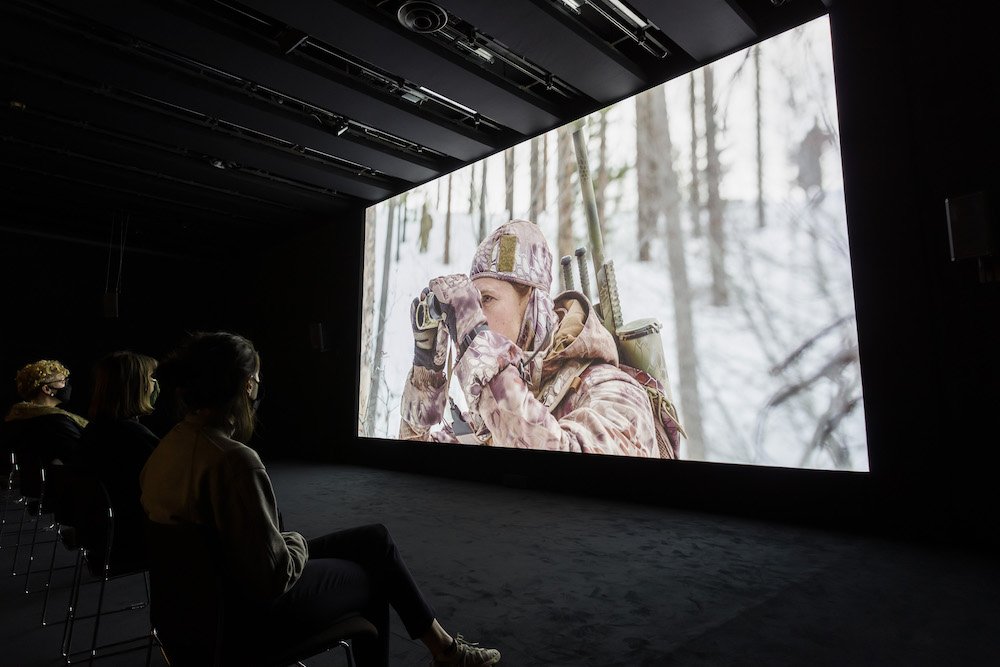 Matthew Barney: Redoubt reveals a major new direction in the work of a renowned artist and filmmaker. It features a series of imposing and intricate sculptures cast from trees harvested from a burnt forest and over 40 engravings and electroplated copper plates.

The film follows a sharp-shooter in her pursuit of wolves across the winter wilderness of Idaho’s Sawtooth Mountains. She is accompanied by two dancers moving in dialogue.

Barney appears in the film as an artist in the employ of the US Forest Service. He tracks and observes the hunter while making a series of copper etchings.

A hoop dance by an indigenous contemporary choreographer is the catalyst for the wolf hunt’s dramatic conclusion.

The film has been hailed as ‘breathtakingly beautiful’ by the New York Times.

It uses choreography to weave together the story of Diana and Actaeon, cosmology and modern American political narratives.

Barney explores the dynamic relationship between humanity and the natural world, and the role of artistic creation.

The etchings featured in the exhibition were produced on location. The large-scale sculptures are cast from the burnt remains of trees from the region.

Barney combines traditional casting methods and digital technology to create artworks of formal and material complexity that reflect on the story told in the film.

All hunting scenes in Redoubt were staged using special effects. Trained animals were provided by professional handlers, who monitored their safety and the conditions on set. Wild animals were filmed in their natural habitats.

‘Build[s] an emotional power that’s unusual in any kind of art.’
The New York Times