Galerie Max Hetzler presents After Ruby Ridge, a solo exhibition of recent works by Matthew Barney at Bleibtreustraße 45, Berlin. This is the artist’s first solo presentation with the gallery and his first exhibition in Berlin since Barney/Beuys at the Deutsche Guggenheim in 2007. 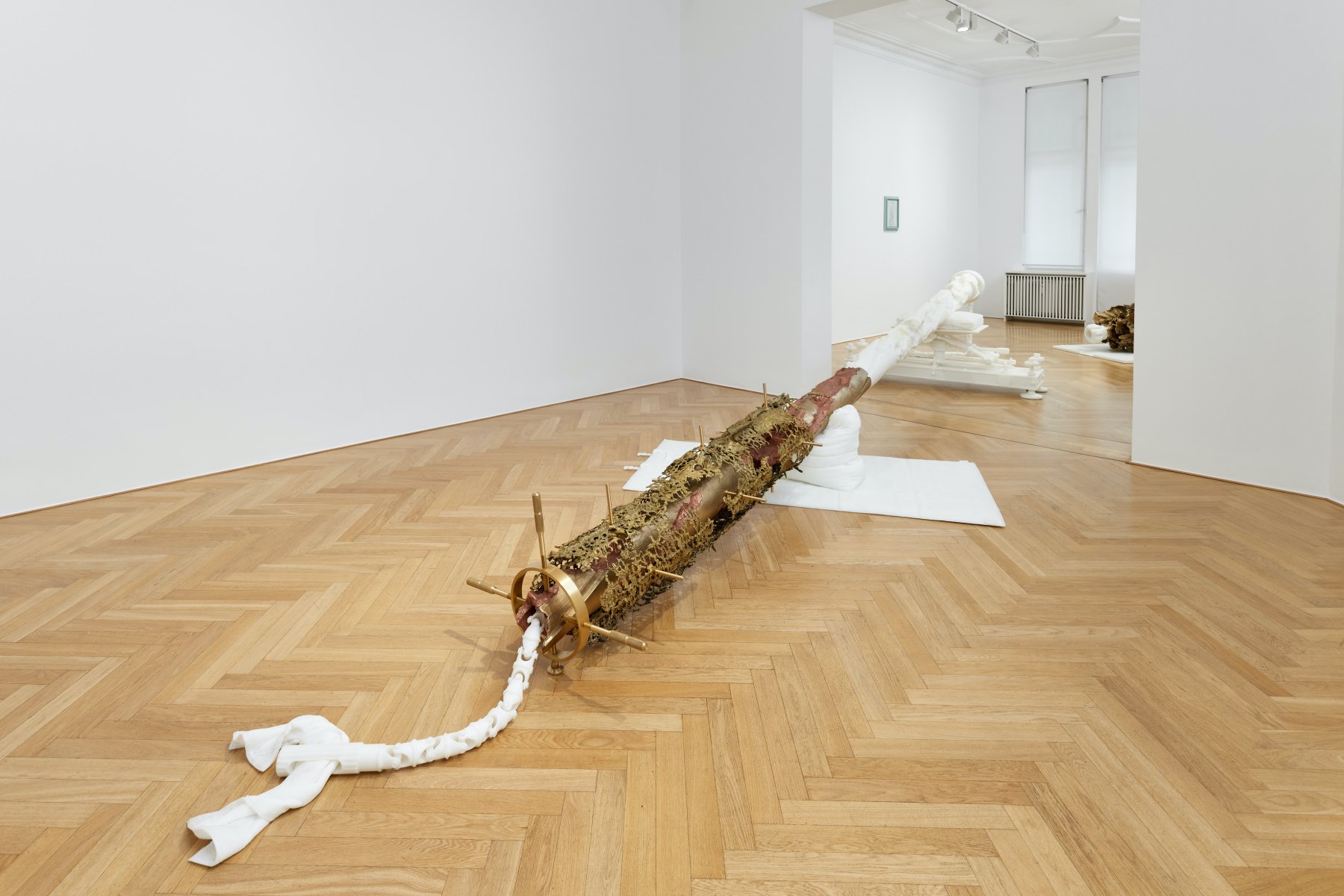 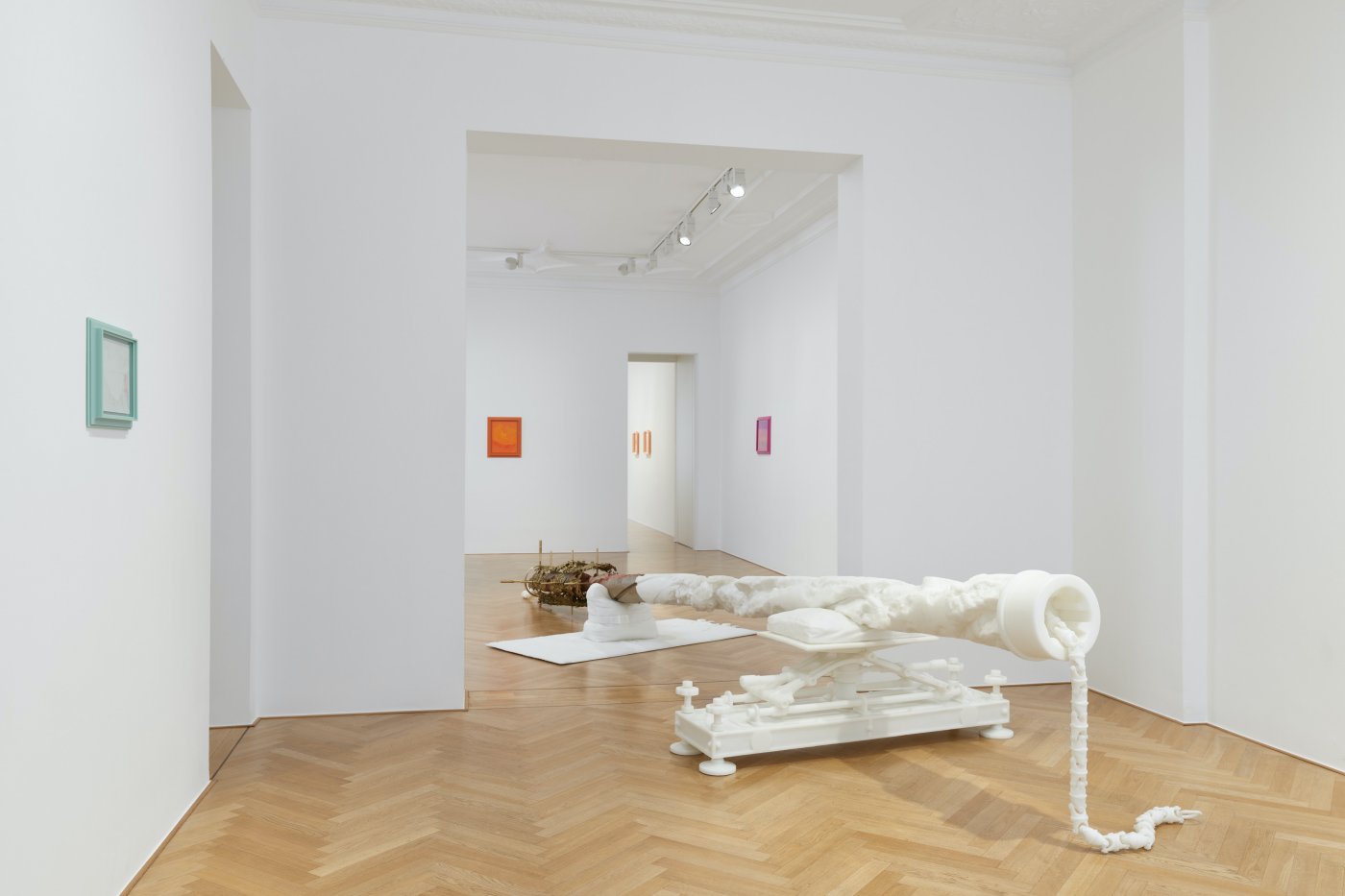 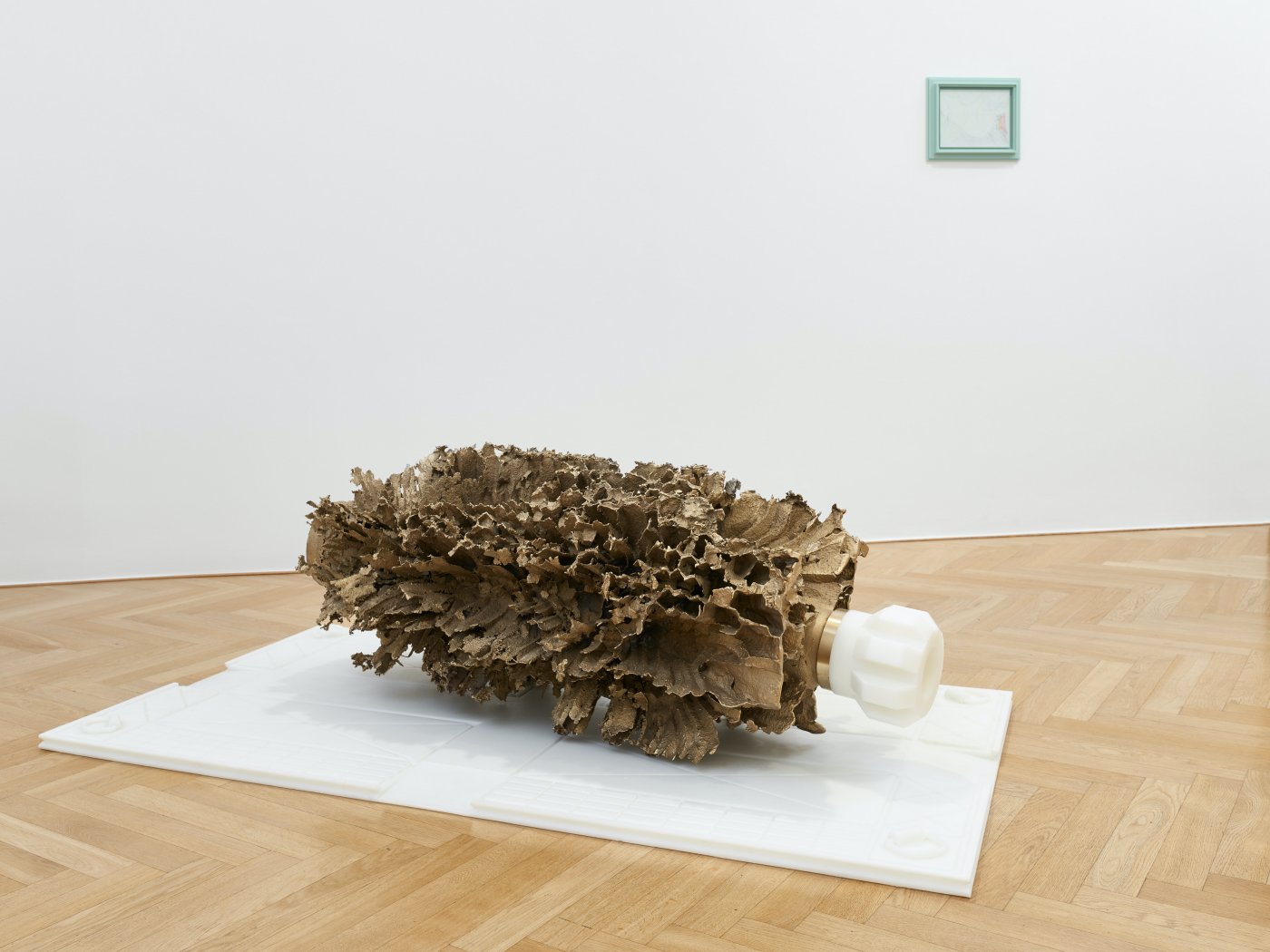 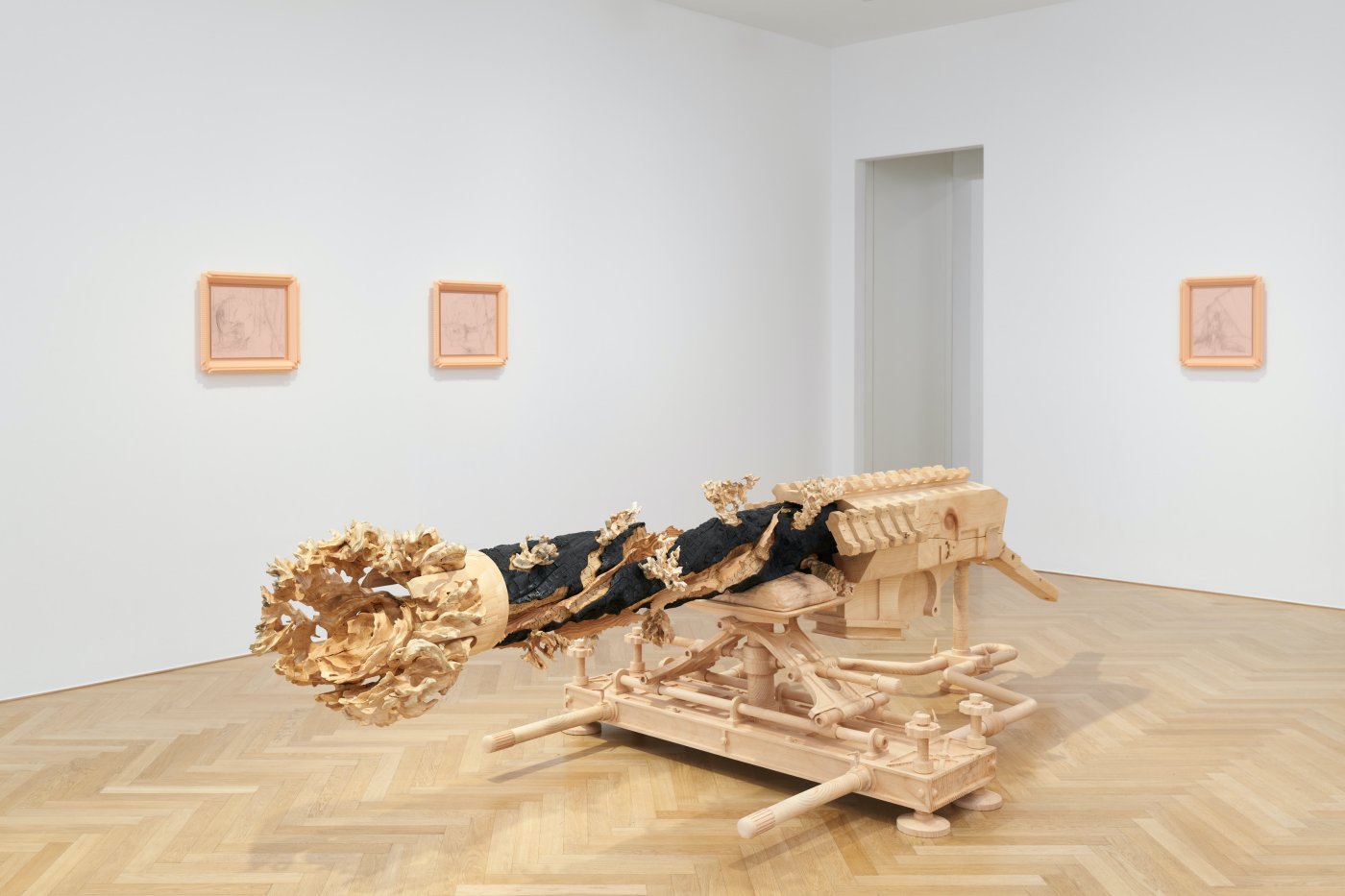 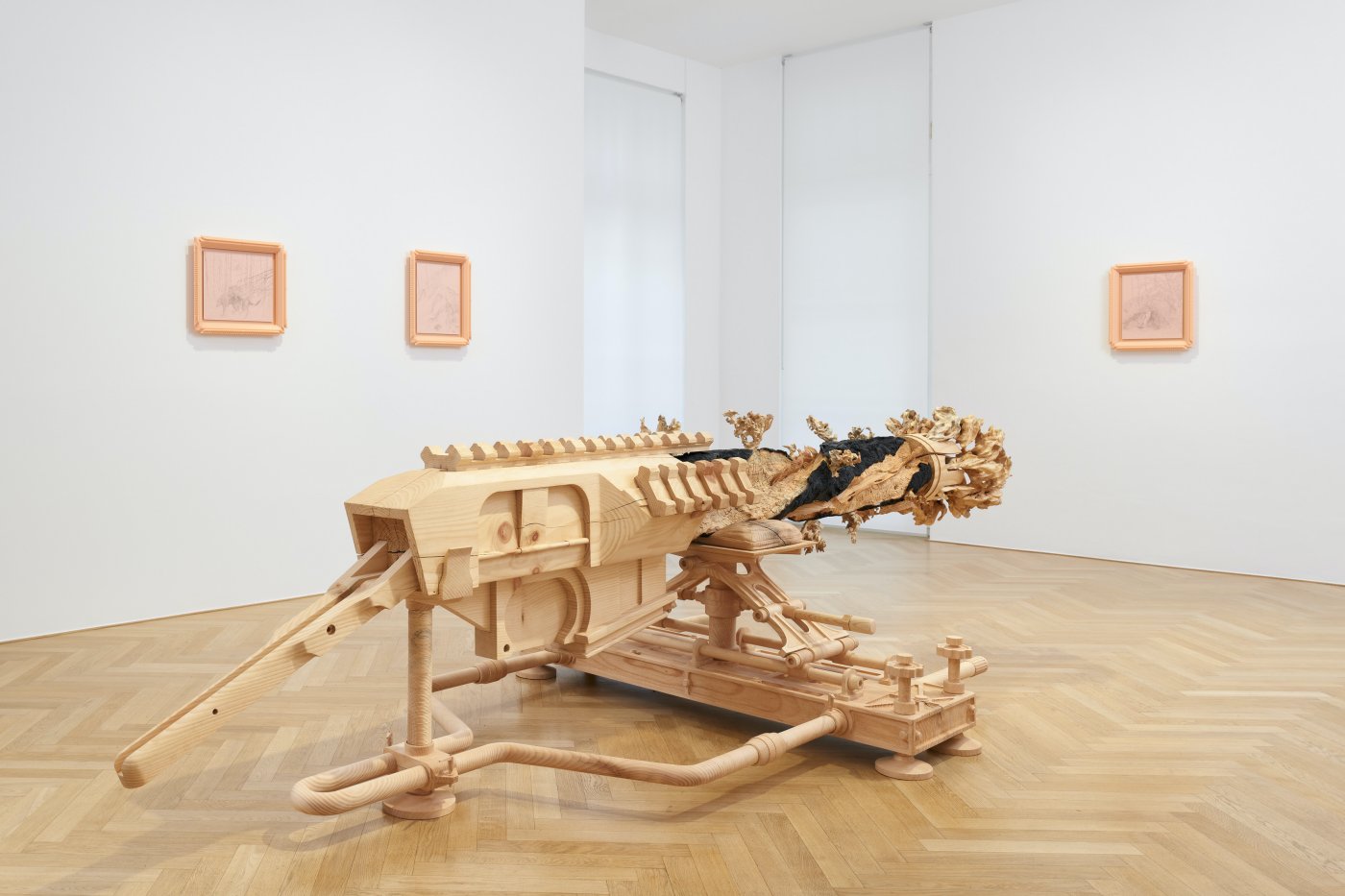 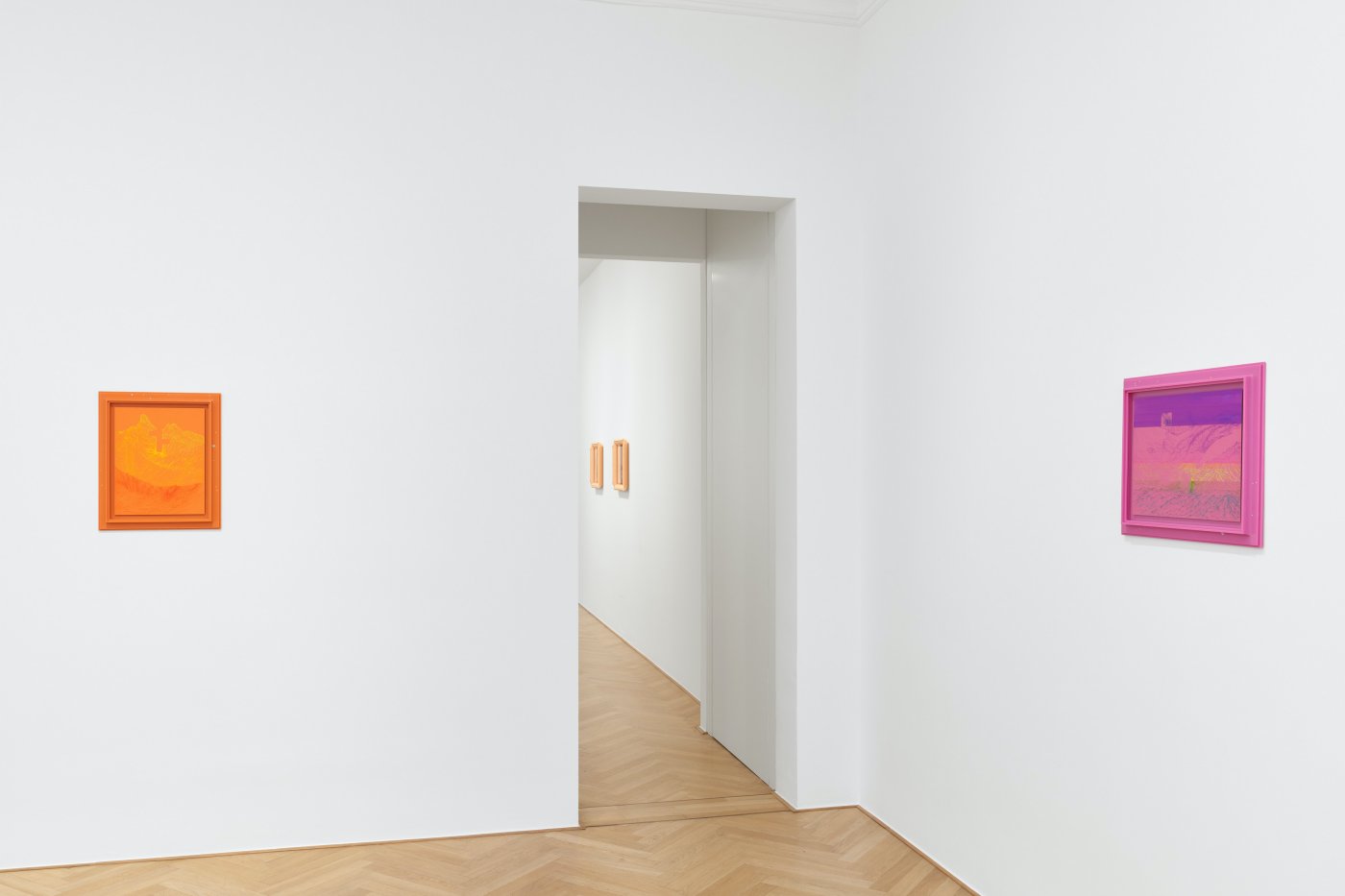 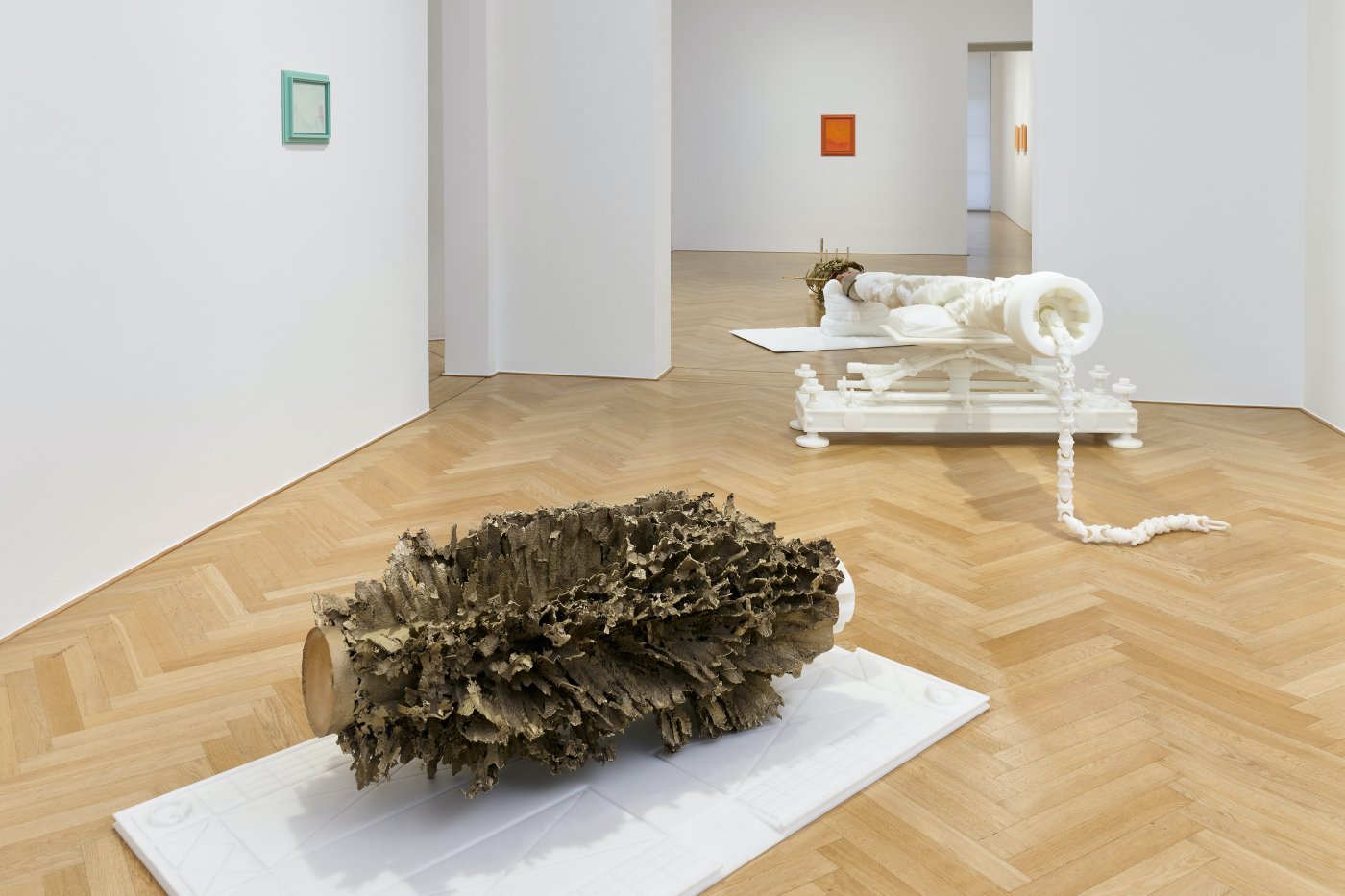 Featuring over twenty new drawings and two sculptures, the exhibition is part of a series of shows related to Barney’s feature-length film Redoubt, 2018. All of the works draw from the visual language of the film which plays in the remote Sawtooth mountains in Idaho and addresses such wide-ranging themes as cosmology, American frontier myths, and the role of artistic creation. The exhibition is titled after Ruby Ridge, the location of a deadly stand-off between a separatist family and federal agents in the mountains of Northern Idaho in the 1990’s. The title further complicates Barney’s statement that Redoubt is a portrait of a place, in all its complexity, beauty and ugliness.

Barney works in distinct series which are developed over several years, creating work that fuses sculptural installations with performance, video, sculpture, printmaking, and drawing. Drawing plays a primary role within his oeuvre; it functions both as preparation, in the form of sketches in the planning stage of a film or exhibition project, and also as a pillar of Barney’s artistic expression, from the days of his early career until today.

The drawings on view comprise graphite and gouache on coloured paper, in polyethylene frames made by the artist. They take their palette from the forest fires and skies in the Idaho region where the film Redoubt was made and depict encounters between figures and landscapes, as well as the technical apparatus of land management. Barney depicts extreme landscapes with an almost violent contrast between the natural and the technical, often displaying a harsh formal incongruity.

Among the works on paper is a series of graphite drawings on pale pink paper titled the Metamorphoses drawings, after Ovid’s mythical tales. Accompanying Ovid’s theme is often a violent transformation within an idyllic landscape. An explicit eroticism pervades these works, with the motif of the artist-as-voyeur revealing Barney’s interest in the central question of how an artist possesses his subject.

Accompanying the drawings are two new sculptures, titled Bore and Bole. Bore, 2021 is a monumentally-scaled sculpture cast and modelled from a burnt tree, harvested from a forest ﬁre area in Idaho. It is made of brass and copper, materials found throughout Barney’s Redoubt body of work, combined with polycaprolactone (thermoplastic), which has also appeared continuously in his career. Here, the copper and brass have been cast to fit together as an intricate puzzle with the polycaprolactone trunk and bases. A helical groove that winds around the sculpture evokes both the spiral grain of the tree, and the rifling in the bore of a gun barrel. From the opening of the tree, a bore-snake protrudes, passing through the inside of the rifle form. This device, typically used to clean the inside of the rifle barrel, here takes on the guise of a ‘guest,’ pulling the narrative through the ‘host’ site of the tree.

Bole, 2021 is the first sculpture in Barney’s oeuvre that is entirely made of wood. It retains the original bole (trunk) of the tree felled in Idaho. The trauma of the burnt forest is visible in the charred surface of the tree, with carved wounds and secretions along the length of the bole evoking medieval religious wood carvings. This work combines traditional hand-carving techniques with digital milling, creating an adjacency between the tactical design of a precision weapon and the baroque expressionism present in sacred statuary.

In conjunction with the exhibition, Redoubt will be screened at the cinema filmkunst 66, at Bleibtreustrasse 12, in close proximity to the gallery.