Workplace presents This Liberty, Matt Stokes’ fourth solo show with the gallery. The exhibition features two recent films by the artist originally commissioned by Museums Northumberland for Hexham Old Gaol, England’s oldest purpose-built prison, and is the first time that they have been shown outside of this context. 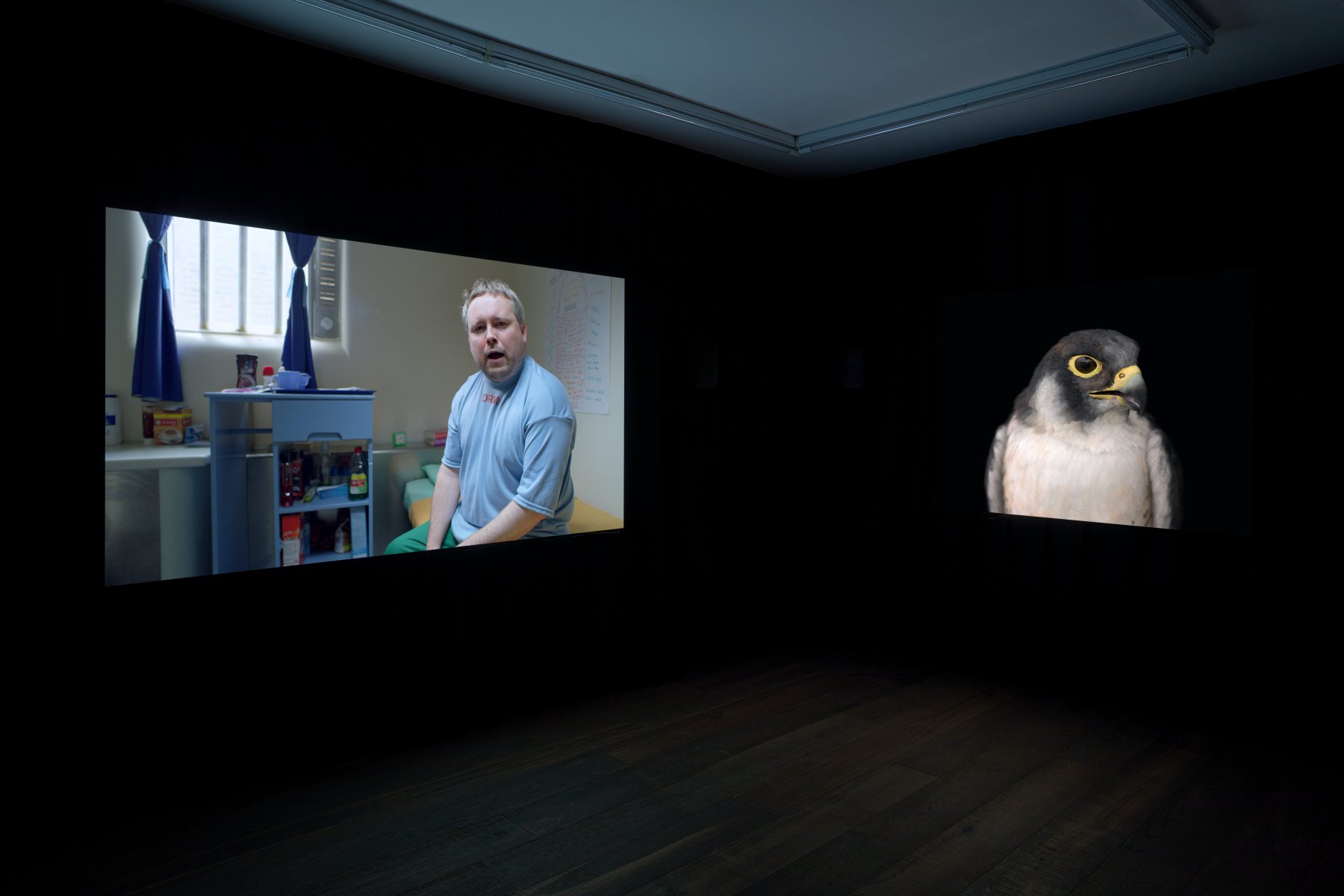 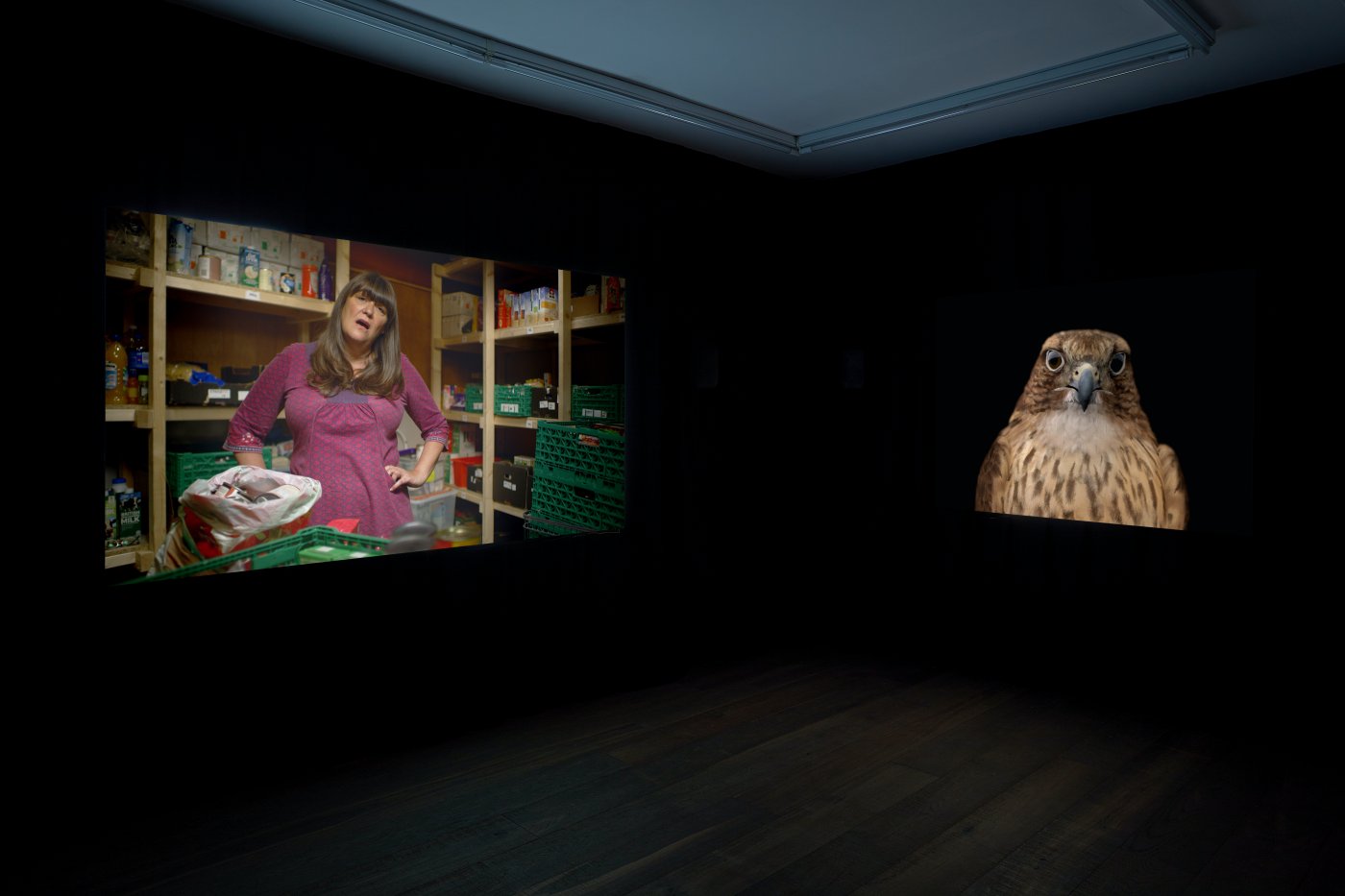 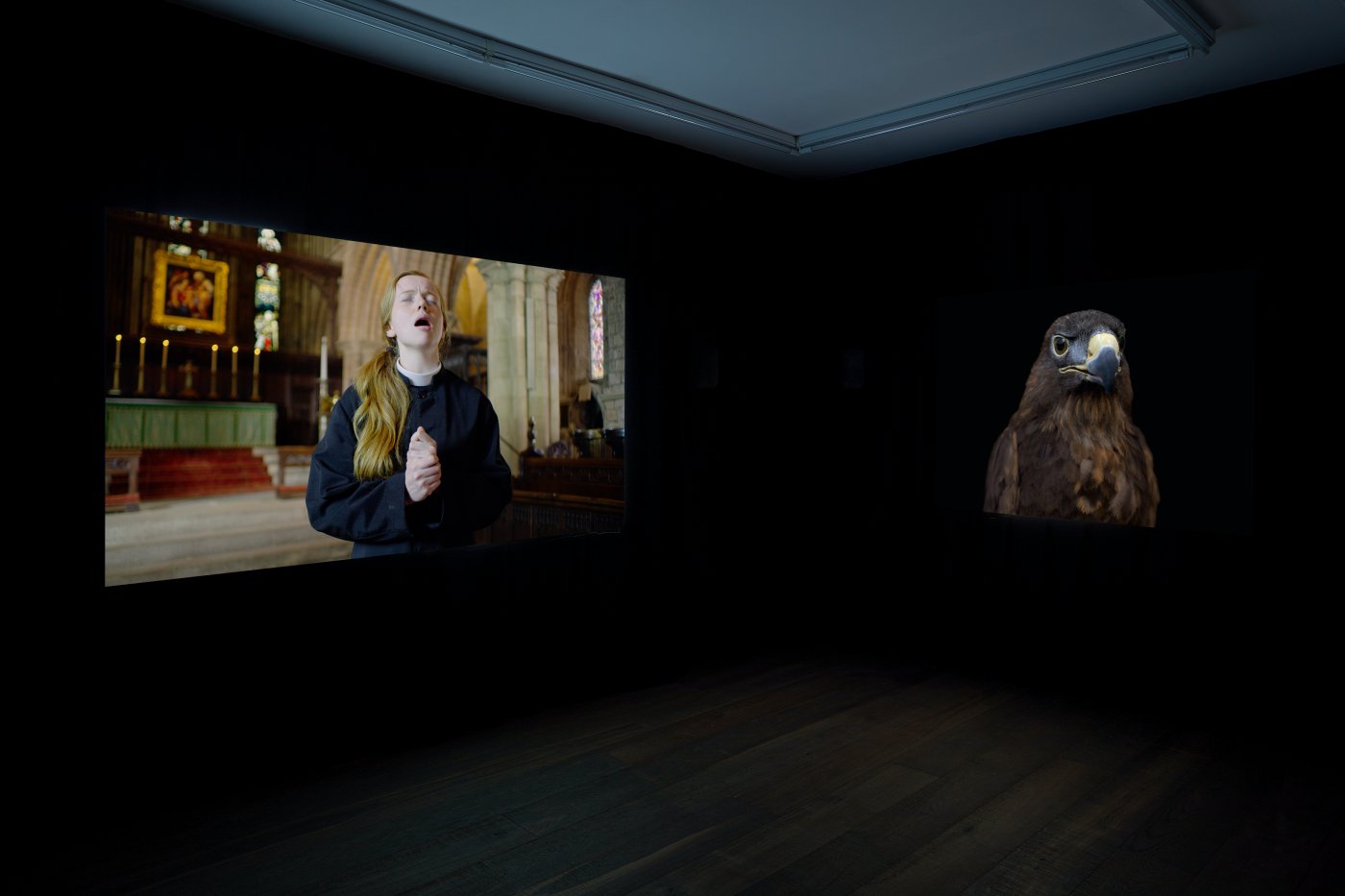 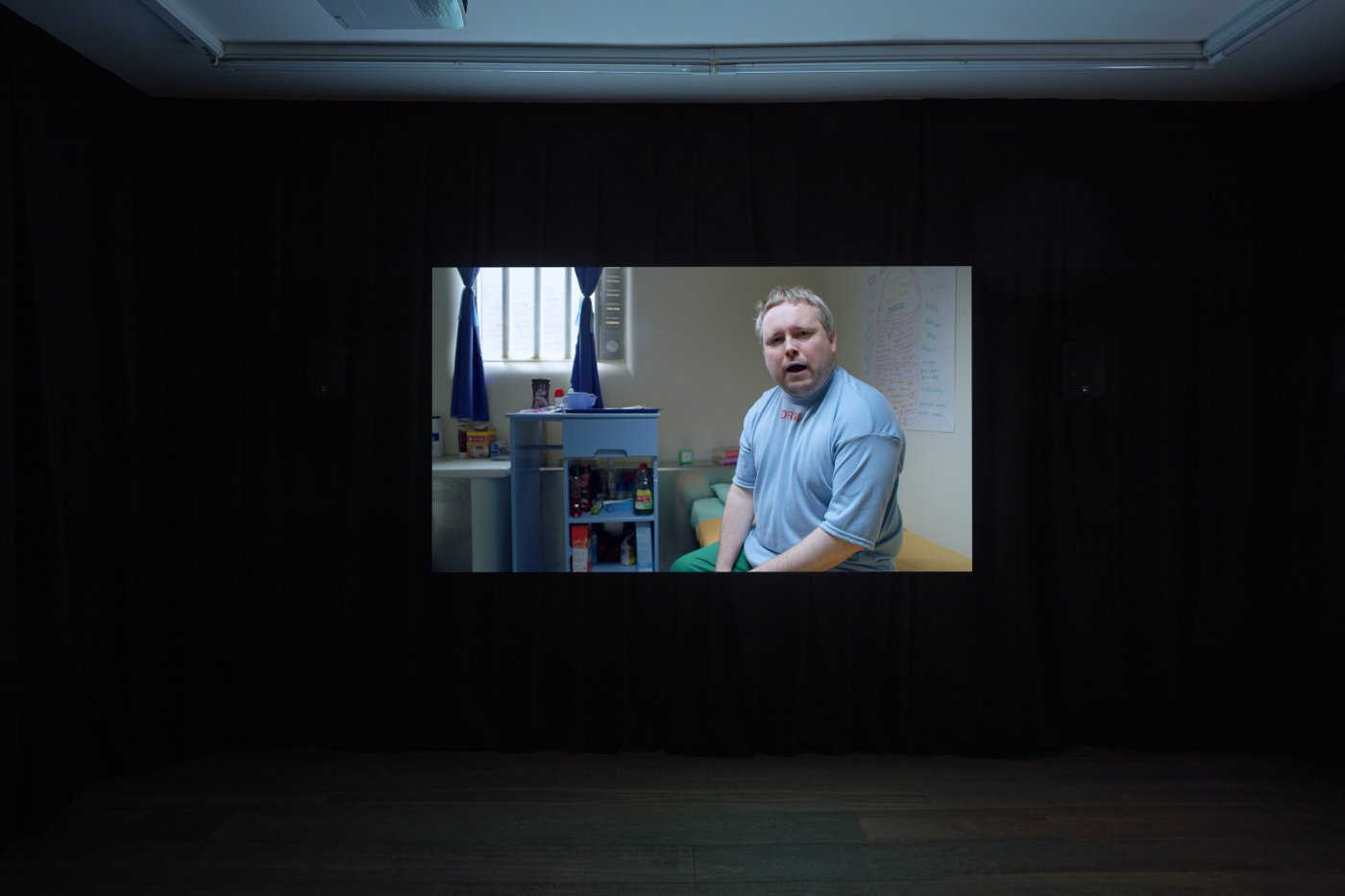 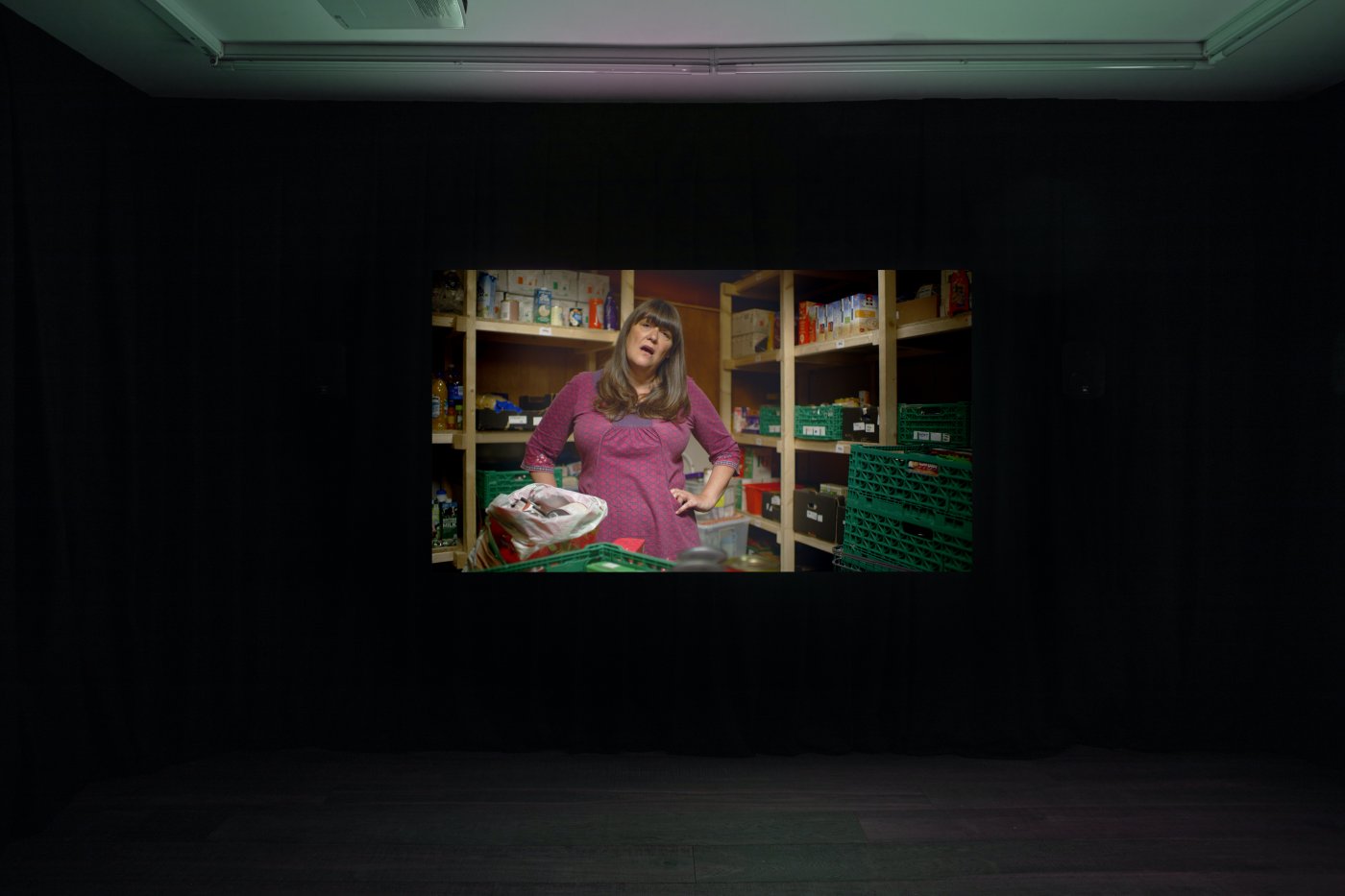 Coinciding with a particular time in history during which all of us have experienced restrictions to our personal liberties as a consequence of the current global pandemic, this exhibition explores incarceration as a contemporary and historical experience. Through extensive research within the context of Hexham Old Gaol in Northumberland, Stokes created This Liberty and Felons deploying music and spoken word to convey the complex psychological and emotional states associated with imprisonment both in the literal and metaphorical sense. The two films in the exhibition present a collection of oral histories from ordinary people who have been, or are, either prisoners or have had a relationship with the old gaol.

This Liberty narrates the stories of five historical characters through the use of music, an element that has come to characterise Stokes’ practice. Written in collaboration with musician Richard Dawson, the ballads follow the stories of a priest, a gaoler, a petty criminal, a wealthy prisoner and a local citizen and are sung by their contemporary counterparts. Creating parallels between the past and the present, these stories turn the prison into a microcosm through which one can observe universal socio-political climates and societal power structures.

Through contemporary accounts of real inmates and deploying computer animated birds of prey to narrate them, Felons, similarly to This Liberty, invites the viewer to reflect on the experience of imprisonment. Often used as a symbol of freedom, in contrast to their stories of incarceration, Stokes exploits these birds for their rich and lesser-known history. From their links with falconry and aristocracy to being protected by law and used in rehabilitation programs today, birds of prey and the stories they narrate in the film become totemic symbols to explore the complex interplay between class and systems of crime and punishment.

Matt Stokes was born in Penzance, Cornwall and has lived, studied and worked in the Northeast of England since 1993. In 2018 he was the recipient of Paul Hamyln Foundation Award for Visual Artists and in 2006, was the winner of the Beck’s Futures Prize.
Recent solo shows include a commissioned film installation as part of We The People Are The Work, Plymouth, 2017; Matt’s Gallery, London, 2015; Site Gallery, Sheffield, 2014; Grundy Art Gallery, Blackpool, 2014; Whitechapel Gallery, London, 2012; De Hallen, Haarlem, 2011; Kunsthalle Fridericianum, Kassel, 2010. Stokes’s work has been exhibited in group shows at important institutions and biennials including: M_HKA, Museum of Contemporary Art Antwerp; Lentos Kunstmuseum, Linz; National Galleries of Scotland; Stedelijk Museum, Amsterdam; Witte de With, Rotterdam, Netherlands; Dundee Contemporary Arts; ICA, London.

Installation images of Matt Stokes: This Liberty, Workplace London © the artist. Photo by Tom Carter. Courtesy of the artist and Workplace, London and Gateshead.