Mai 36 Galerie hosts an important solo exhibition of the work of American artist Matt Mullican. This tenth solo show at the gallery presents works spanning fifty years of his artistic career, thereby giving a deeper insight into his oeuvre as a whole. 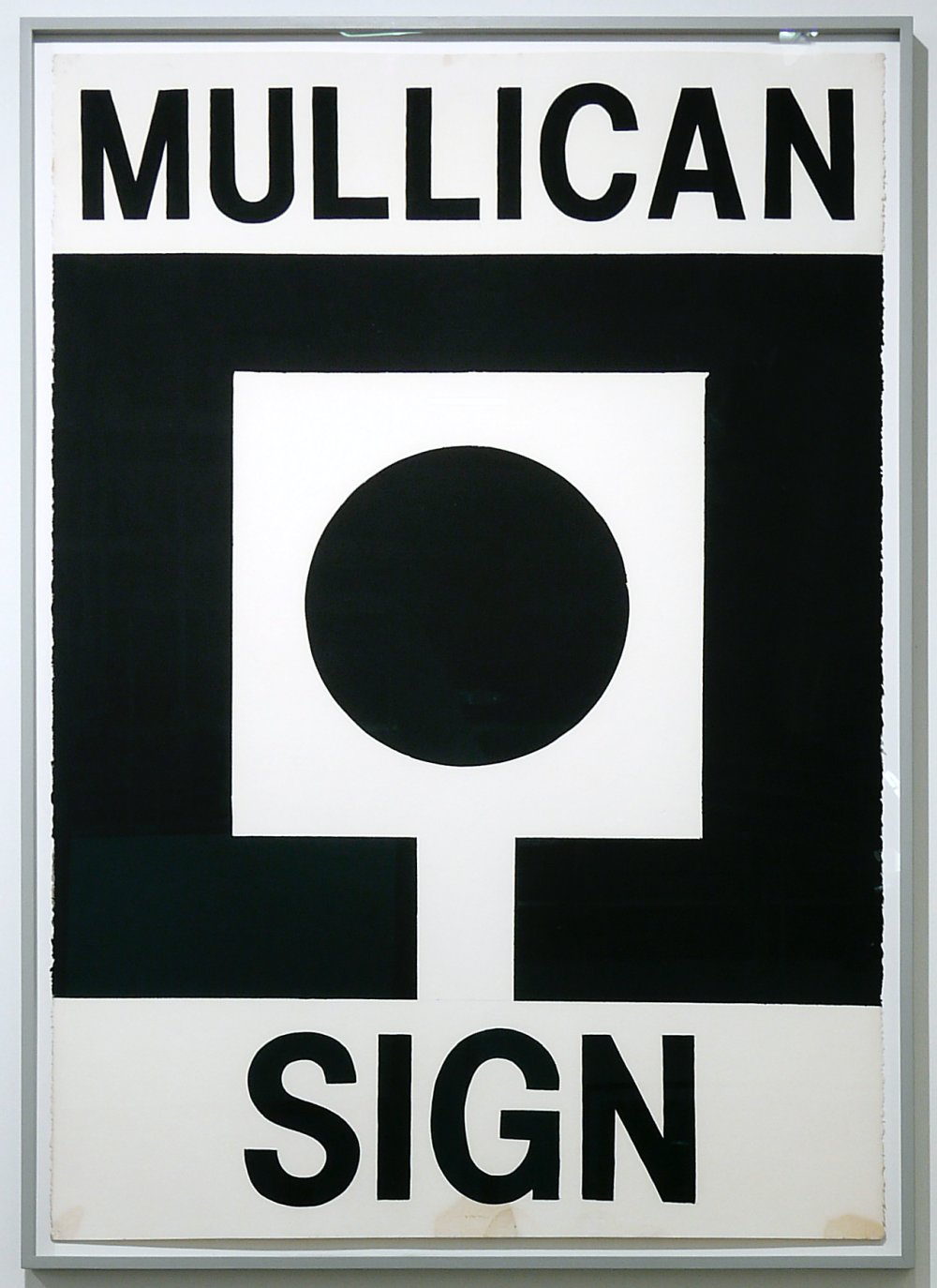 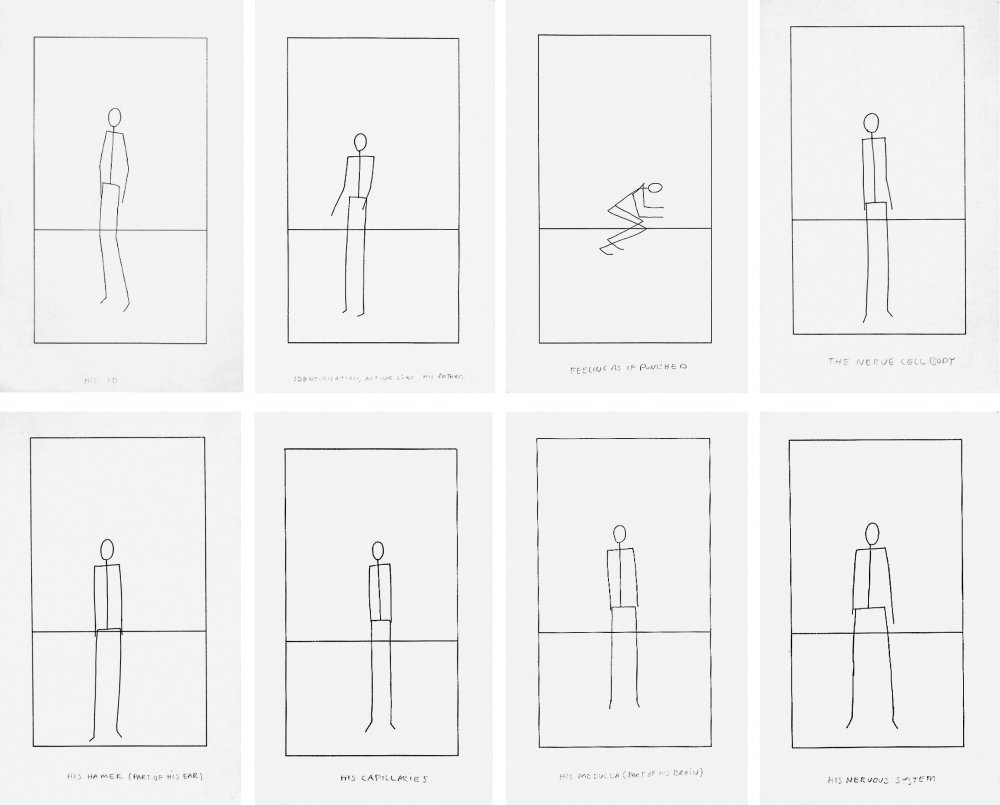 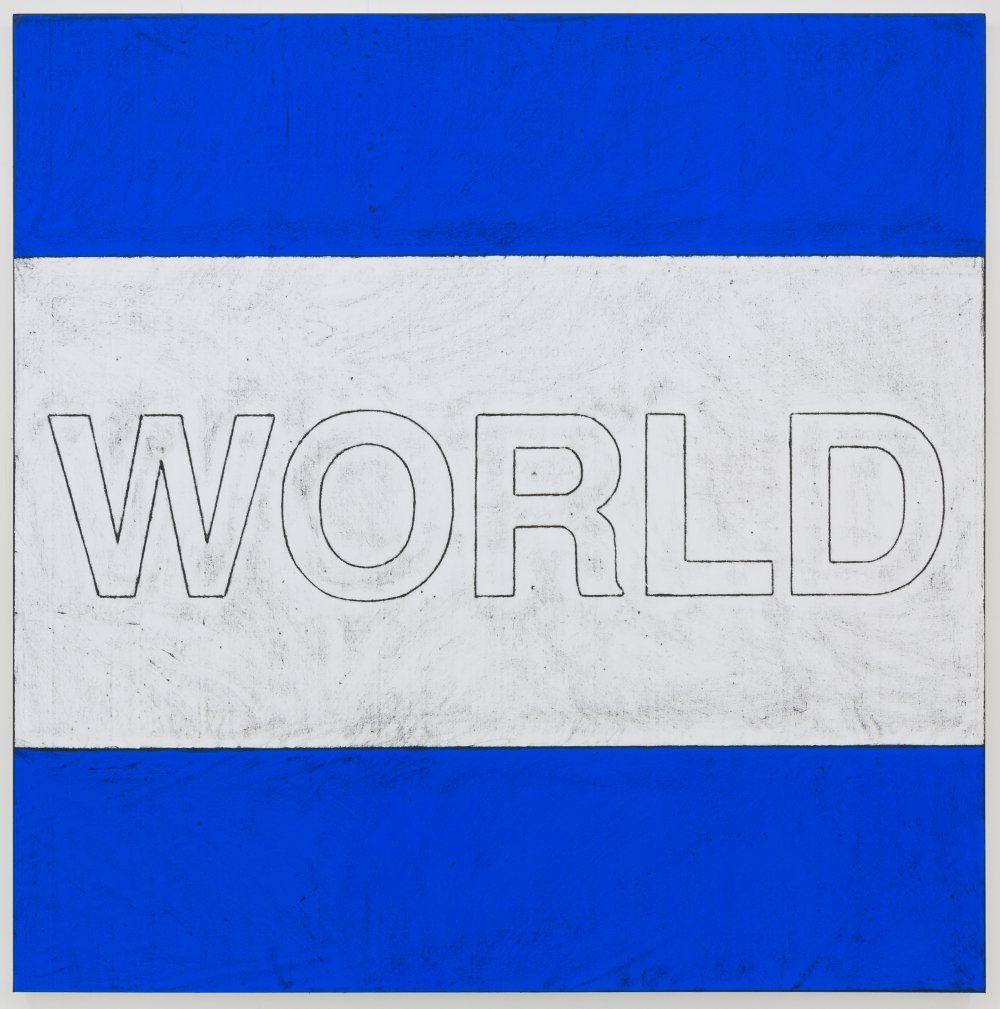 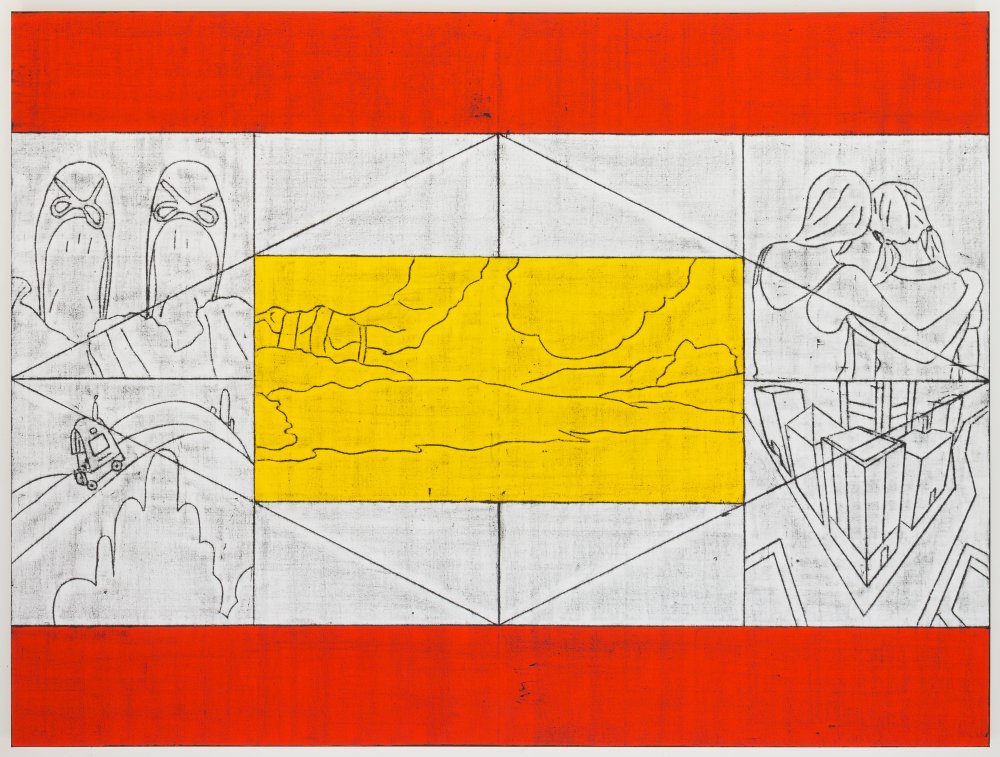 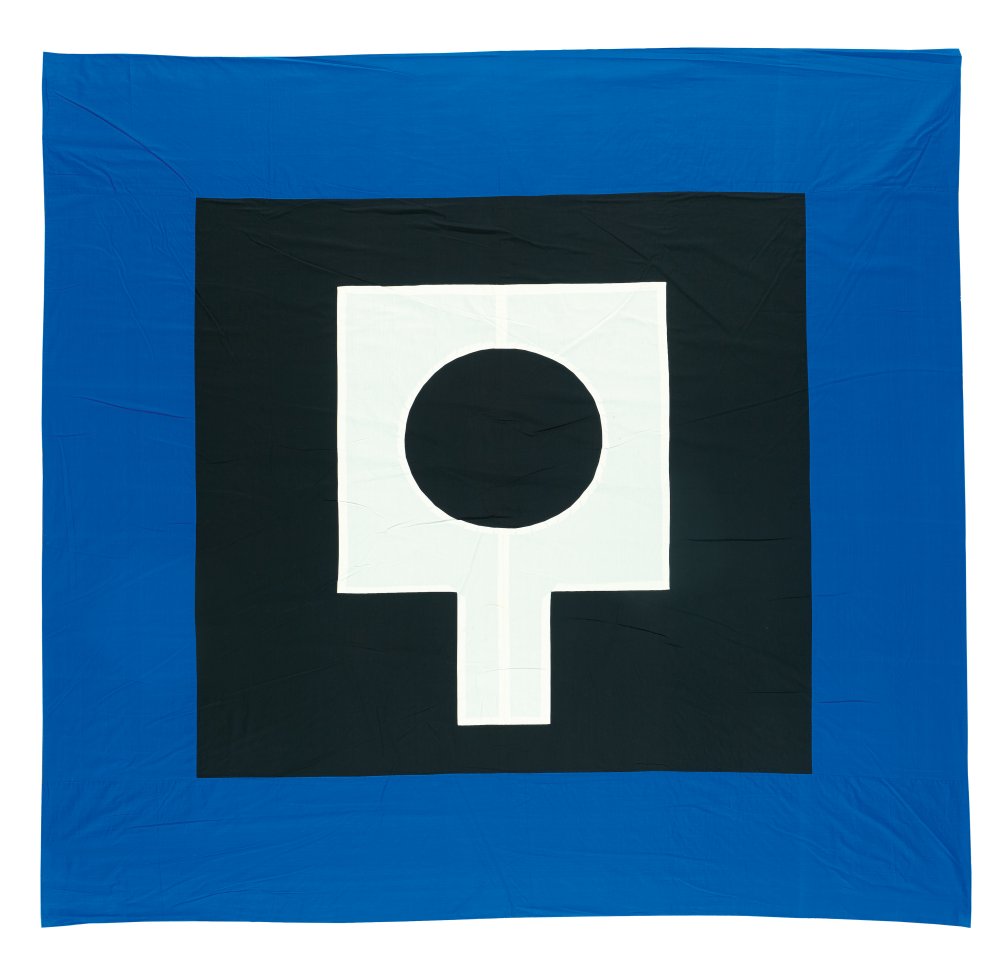 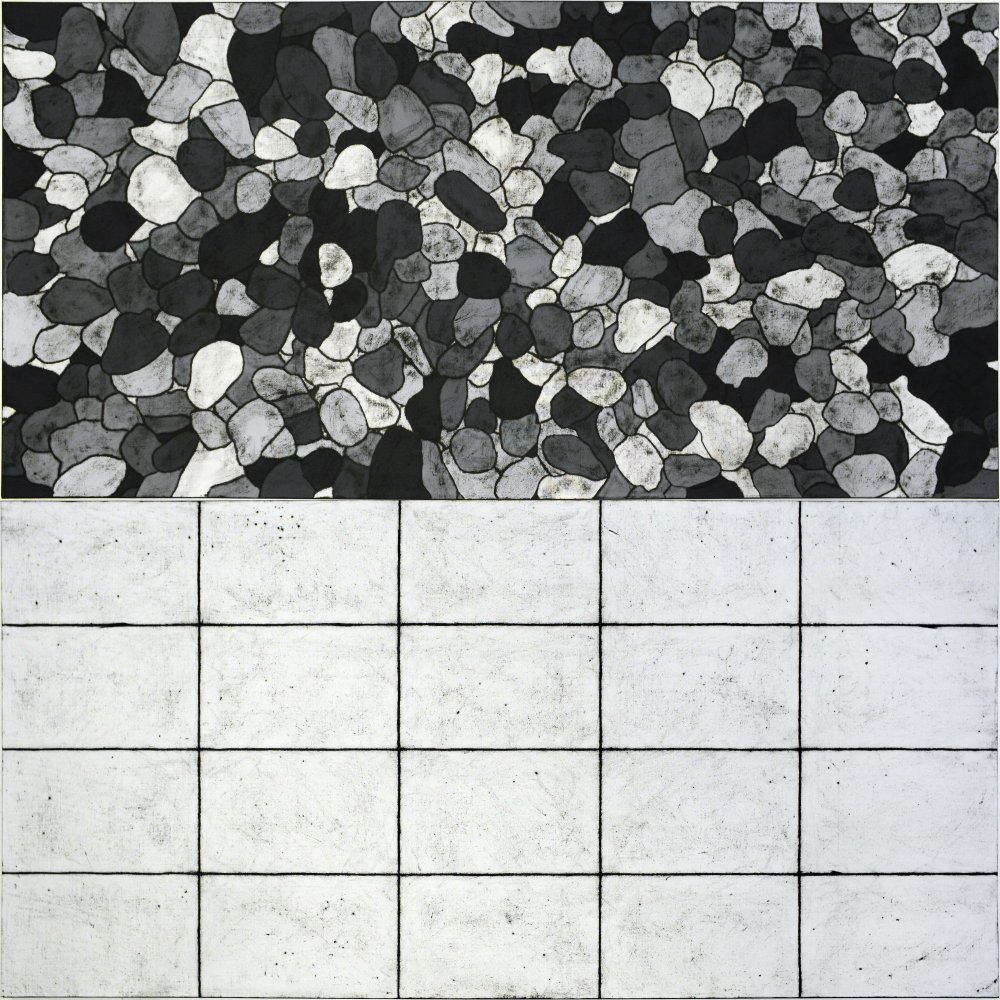 Matt Mullican
all I see are light patterns in 5 black and white, 2018 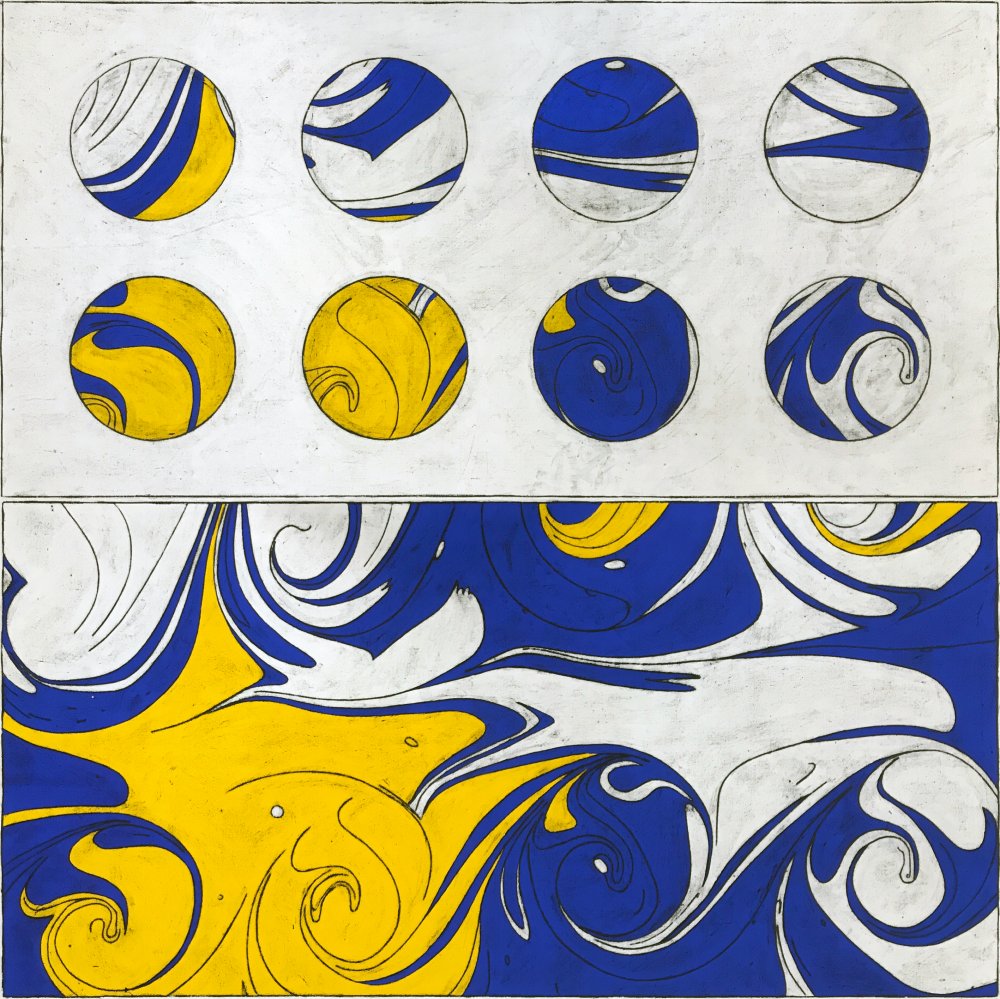 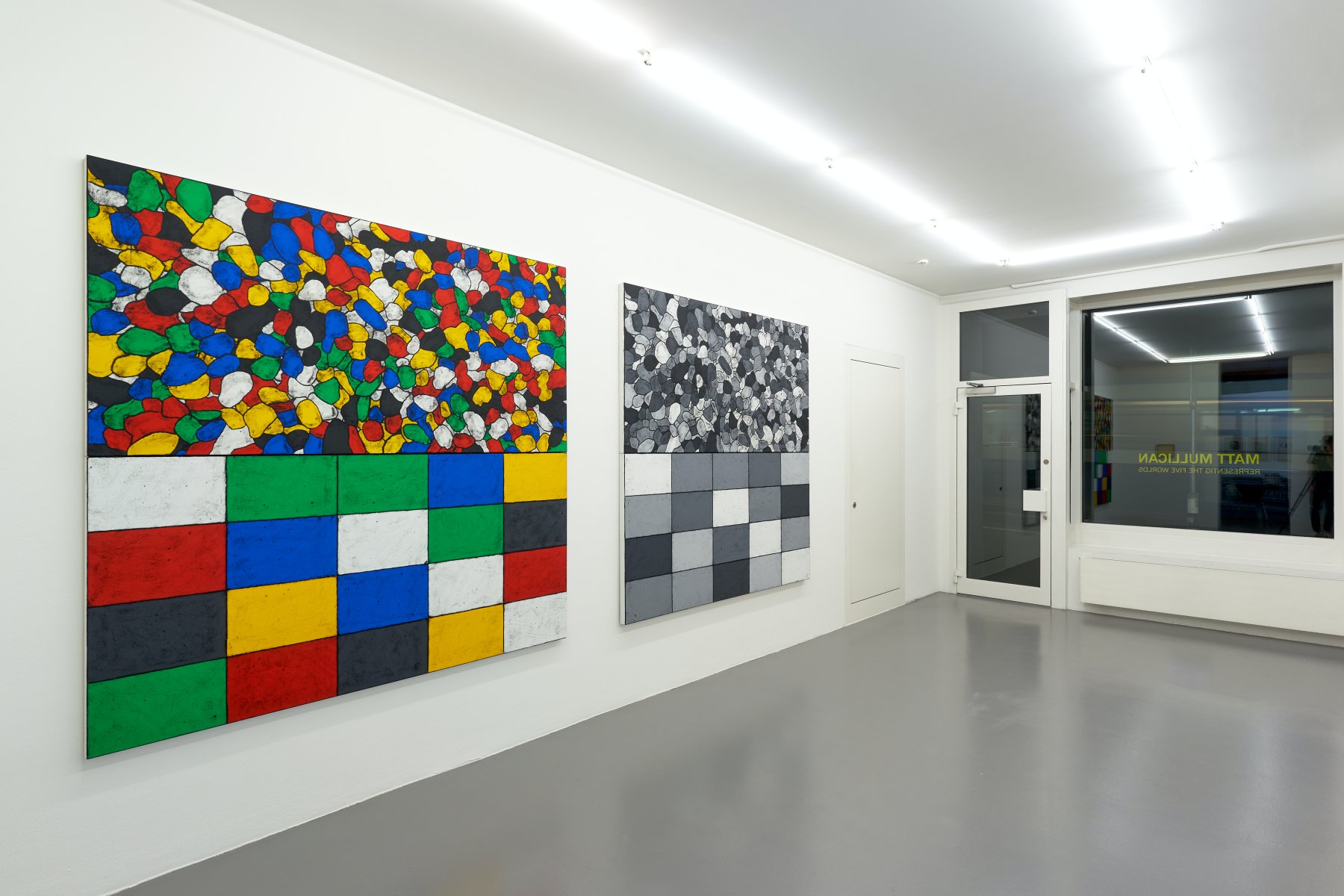 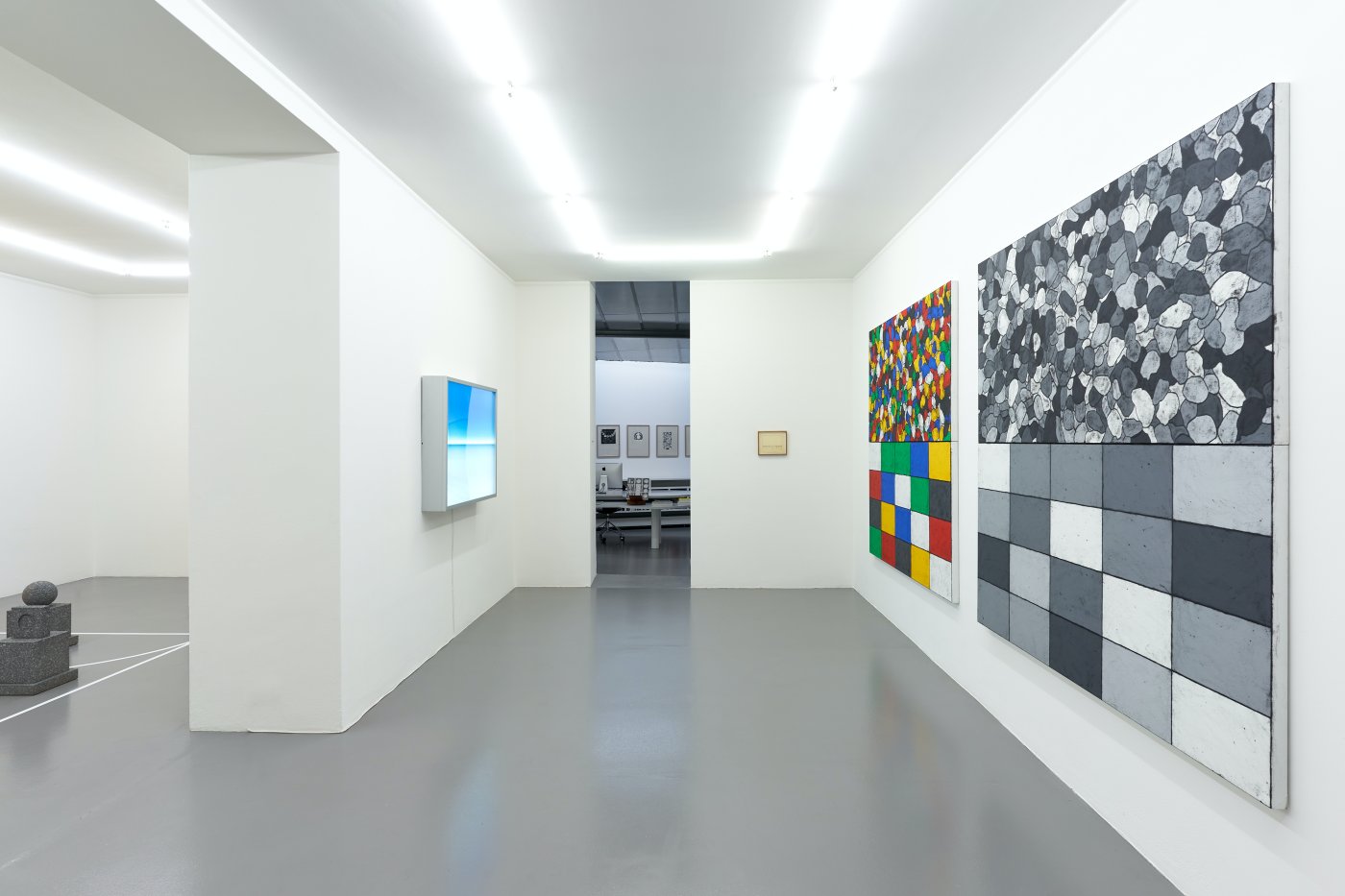 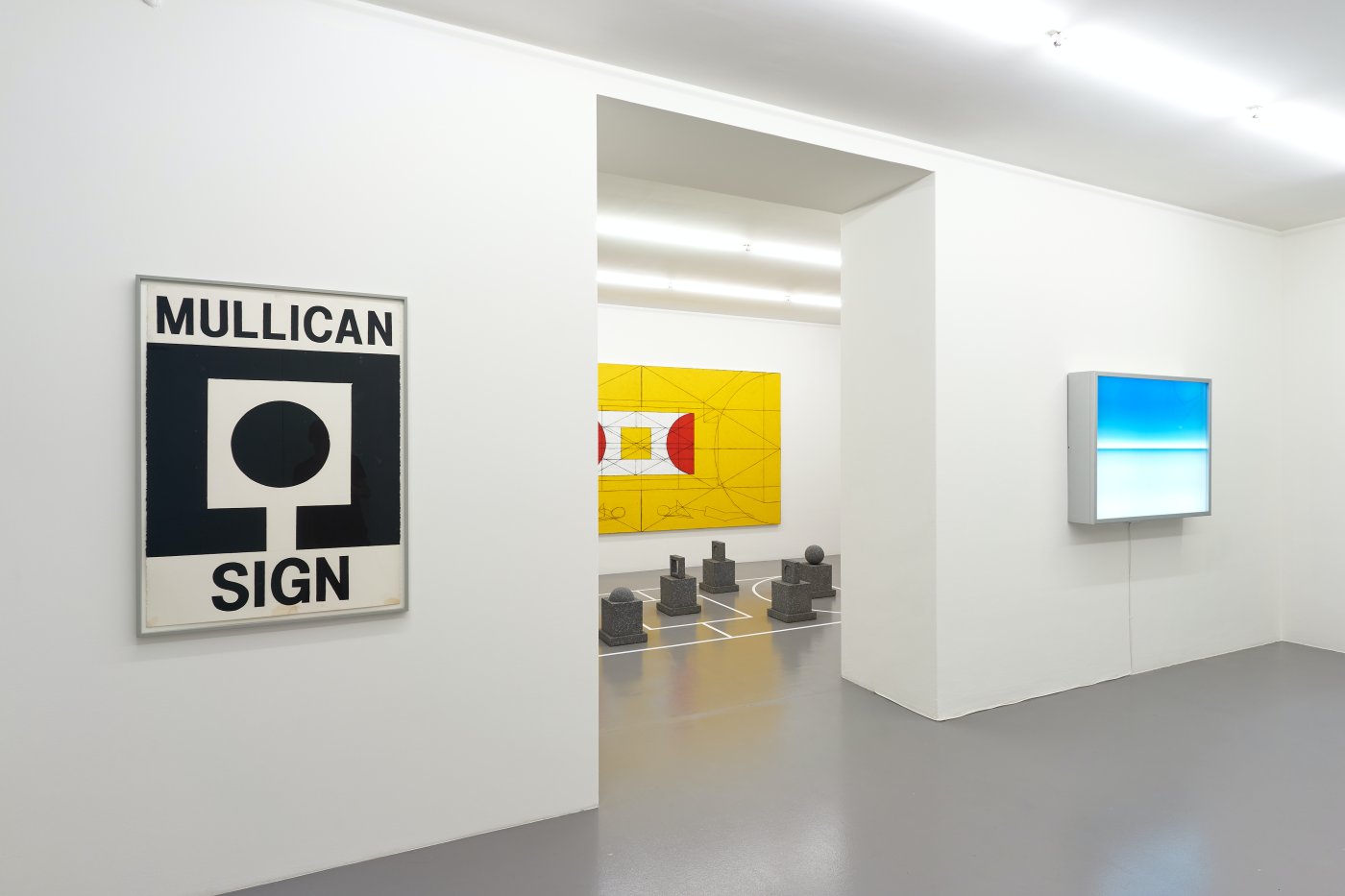 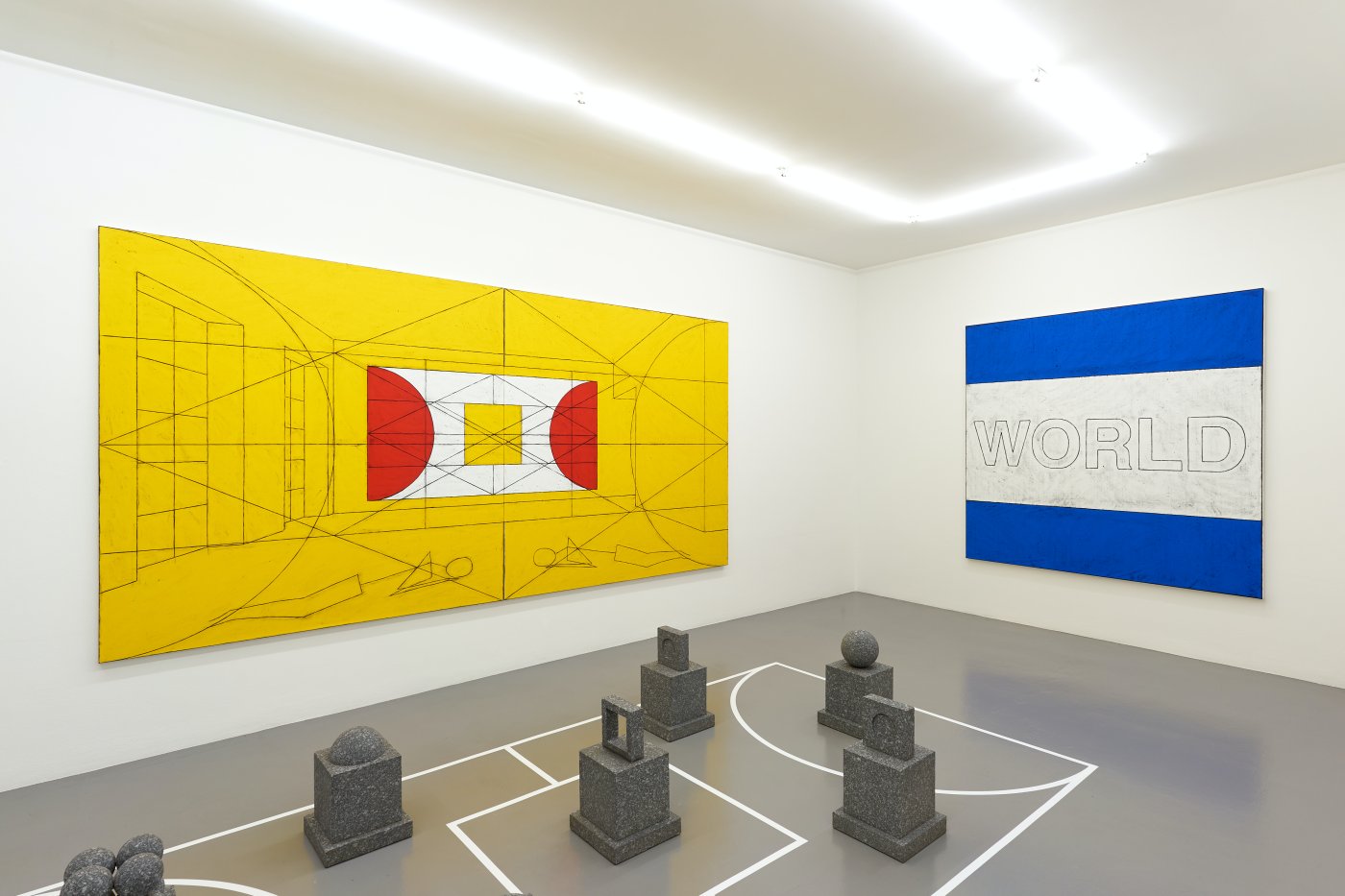 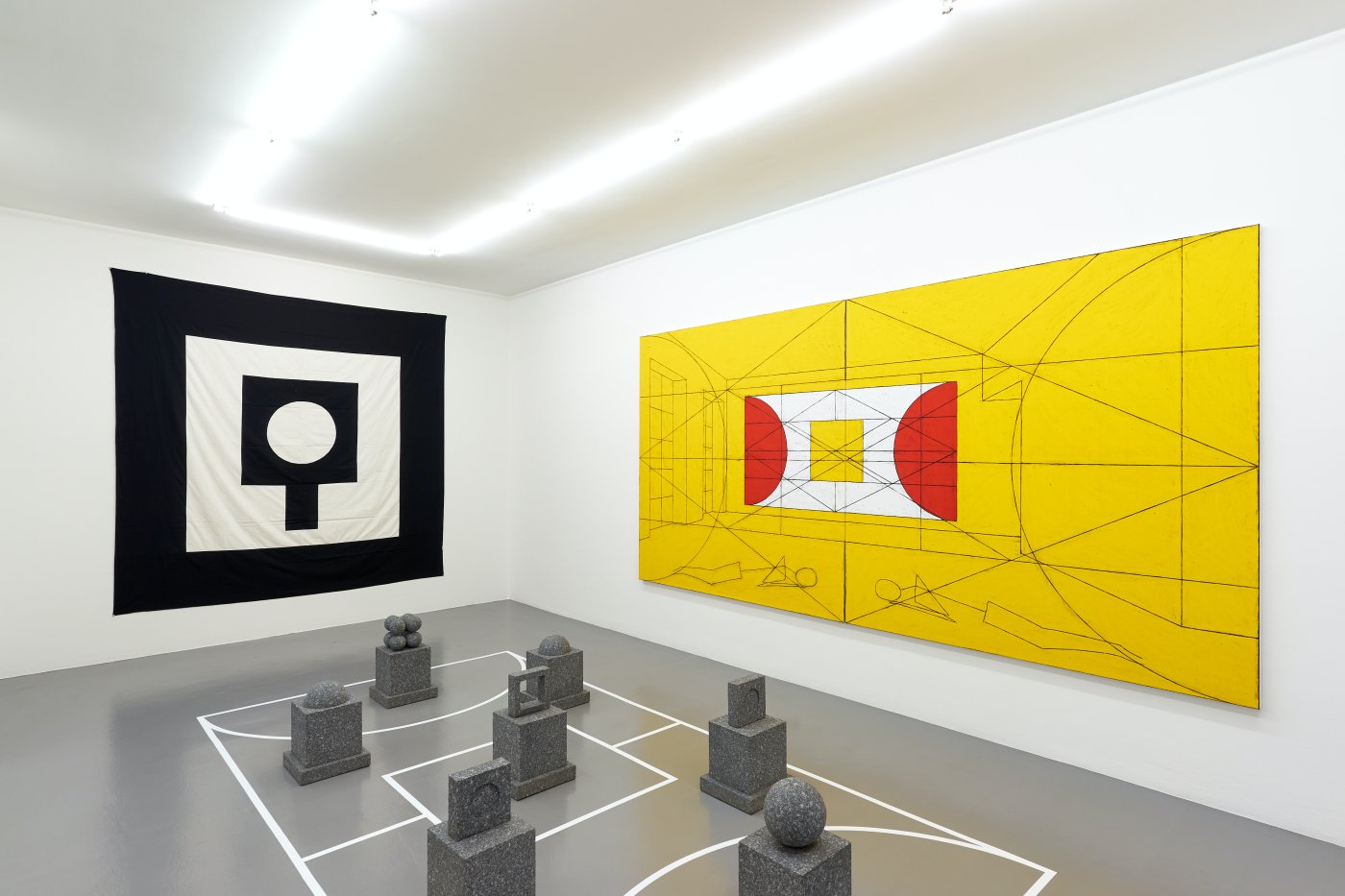 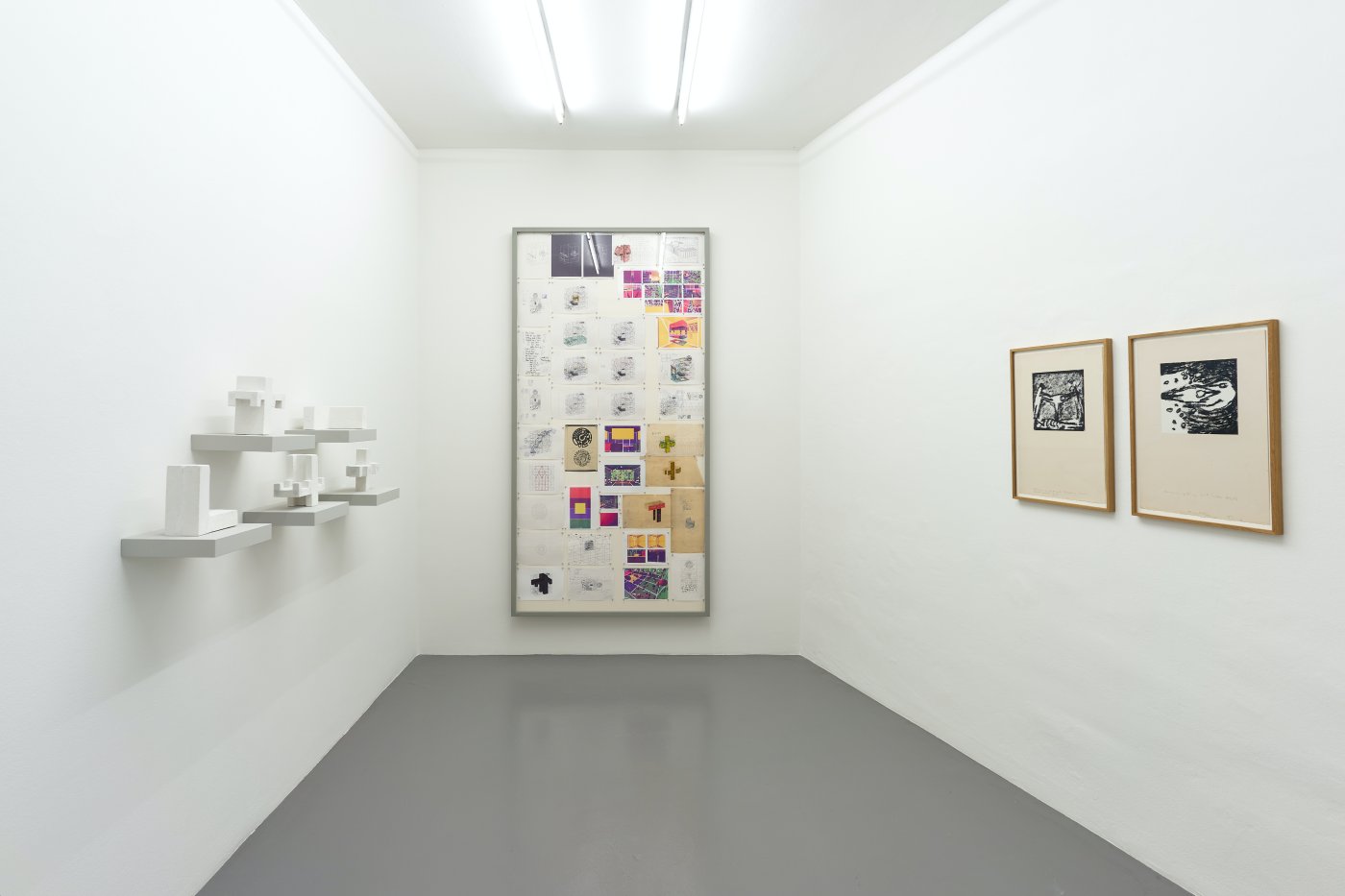 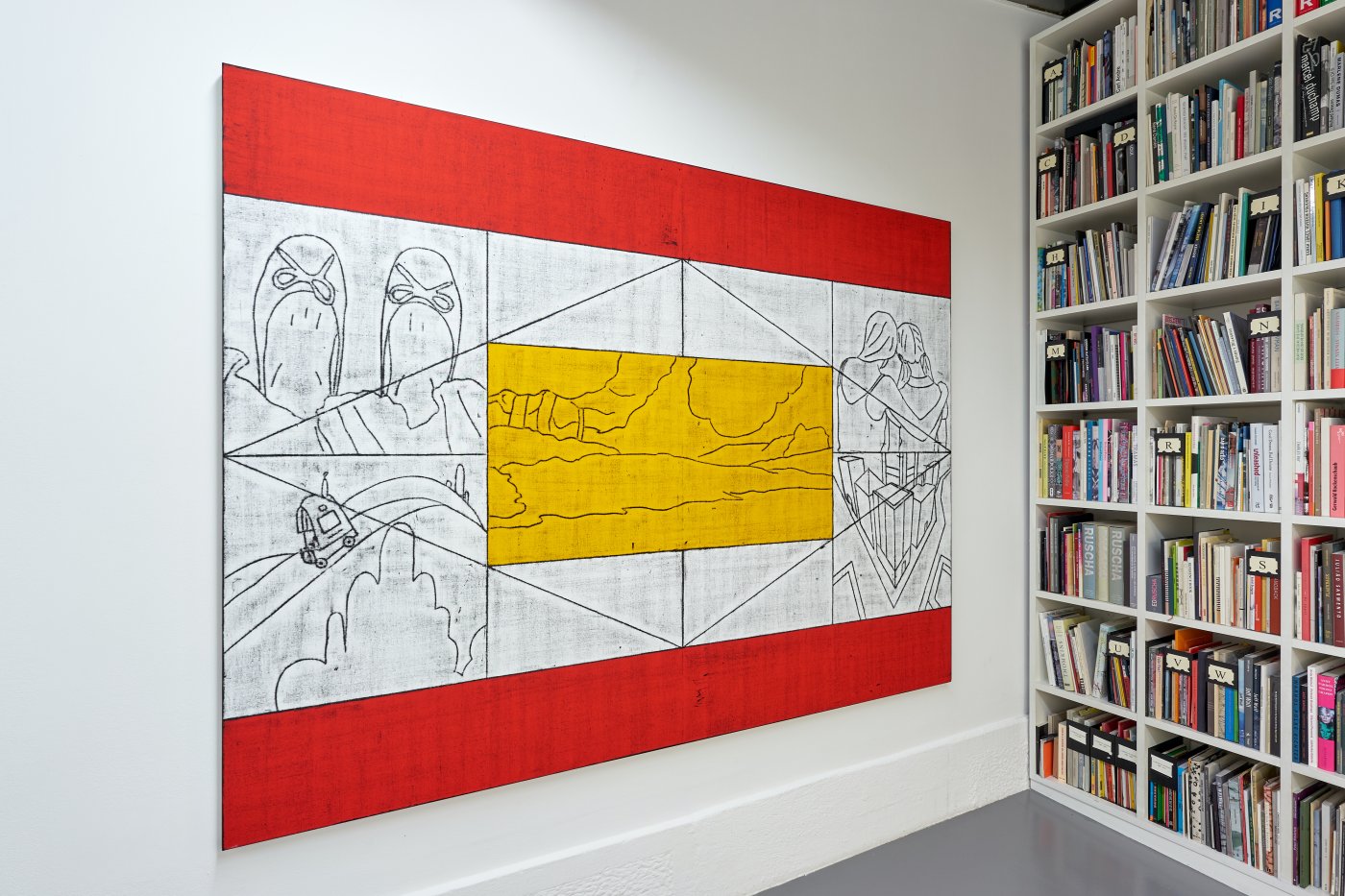 Matt Mullican works in the media of painting, drawing, sculpture and photography as well as video, installation and performance art. In the late 1970s, he was intensely engaged in performances under hypnosis. Then, in the 1980s, he focused his main interest on developing a complex system of signs and symbols. The resulting cosmologically based model remains central to his work.

The concept underlying the model is that every cosmology or world is interconnected and represents a position from which the others can be accessed in a way that also enhances consciousness and the perception of reality. It posits that, by breaking down traditional correlations and opening up new contextual frameworks and systems of order, quotidian paradigms can be dismantled to reveal insights into the relationship between reality and perception.

Matt Mullican (born 1951 in Santa Monica, California; lives and works in Berlin and New York) studied under John Baldessari at the California Institute of the Arts in Los Angeles and held a professorship at the Hochschule für bildende Künste in Hamburg until 2009. His works are exhibited in museums and galleries worldwide. Over the past 25 years, they have been shown in solo exhibitions at the Kunstmuseum St. Gallen, the Kunstmuseum Luzern and, in 2016, at the Kunstmuseum Winterthur. In 2018 the Pirelli Hangar Bicocca in Milan hosted a retrospective exhibition. The first retrospective exhibition of the artist’s oeuvre to be held in Belgium can be seen until October 2020 at the Museum of Contemporary Arts in Hornu. Mai 36 Galerie has represented the artist since 1988.