Capitain Petzel presents Matt Mullican’s second exhibition at the gallery, Five Walls, in which the artist continues his investigation of how signifying processes function and the ways in which objects become charged with meaning. 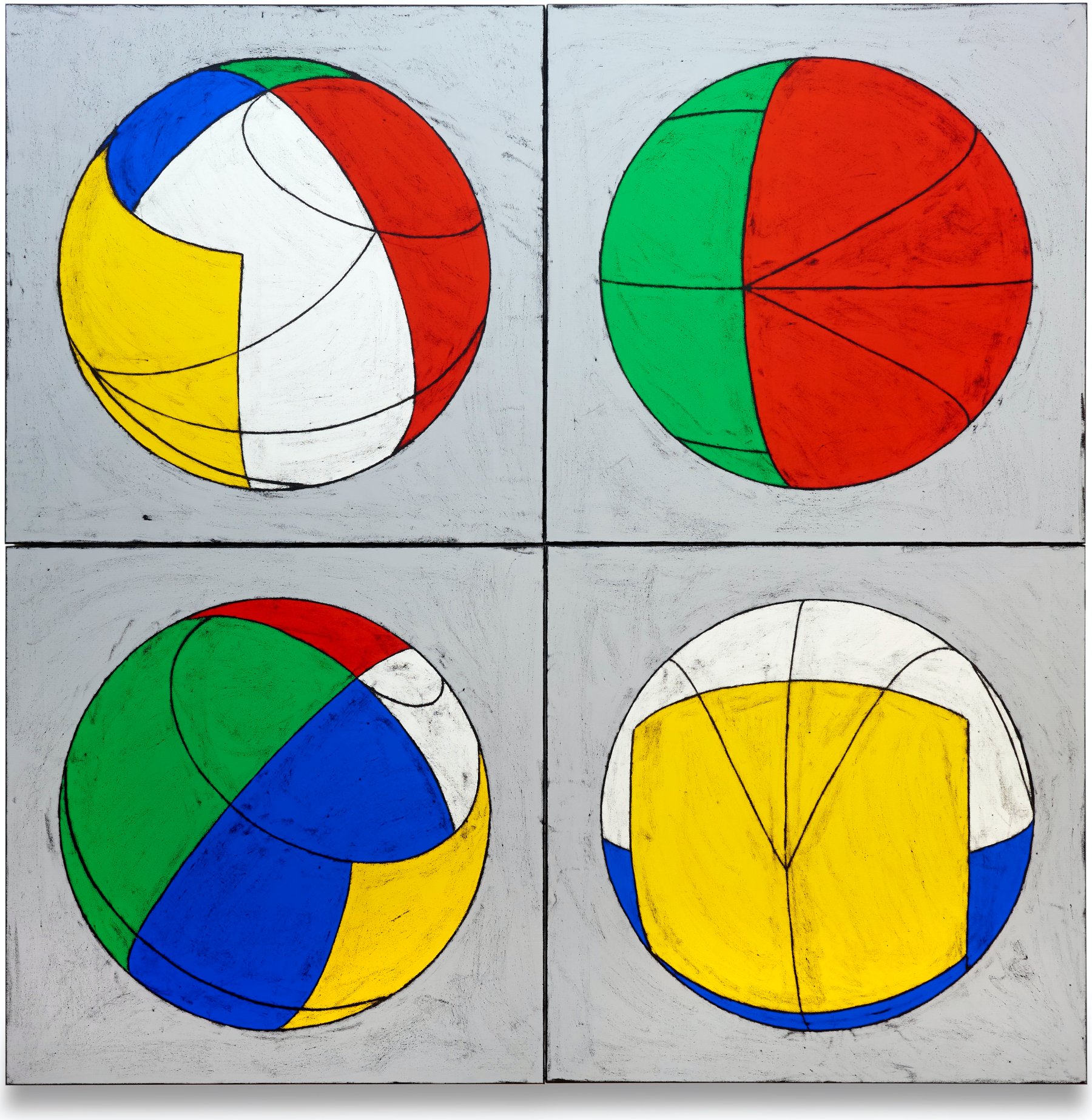 Matt Mullican
Untitled (Five Worlds mapped on a sphere B), 2019 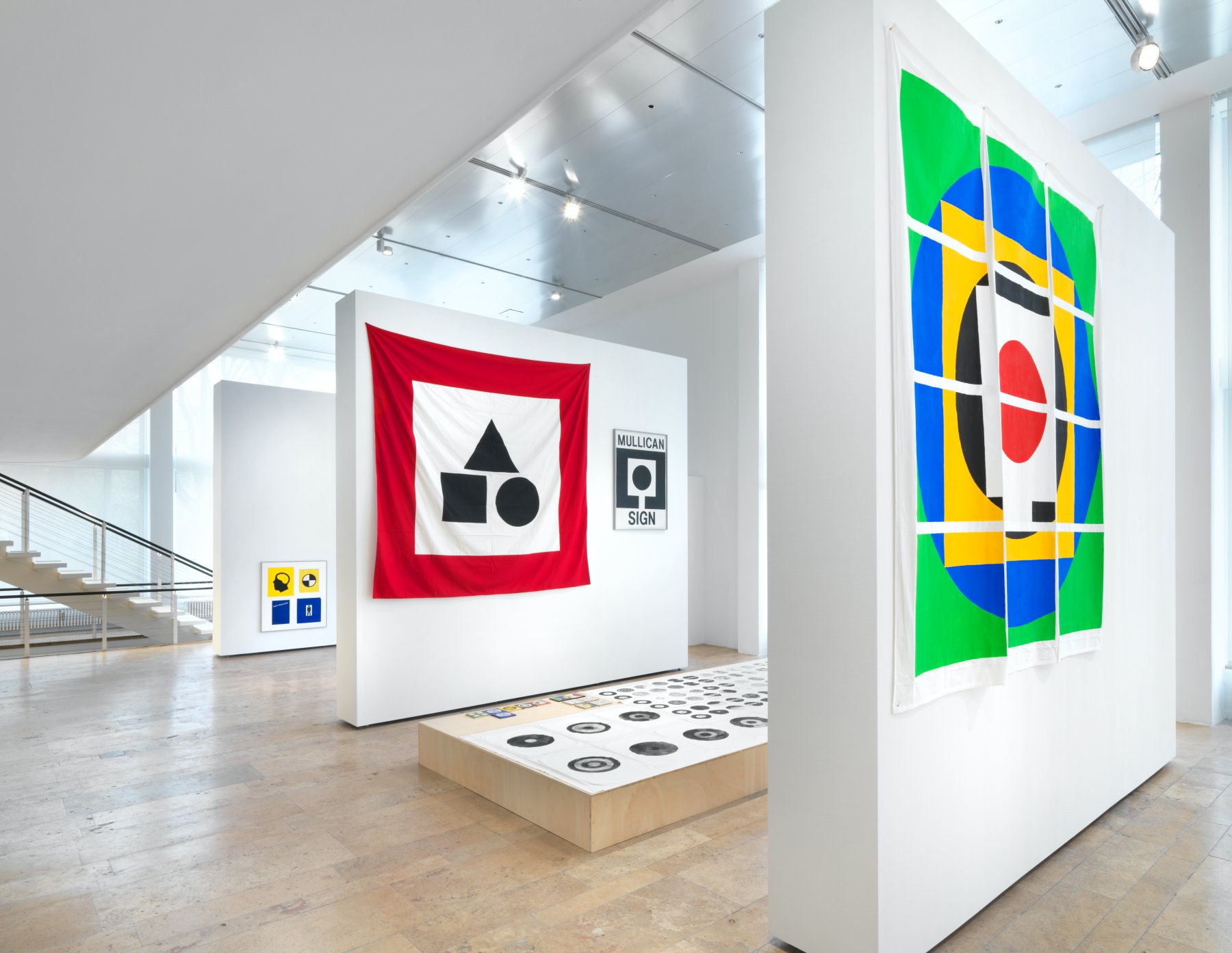 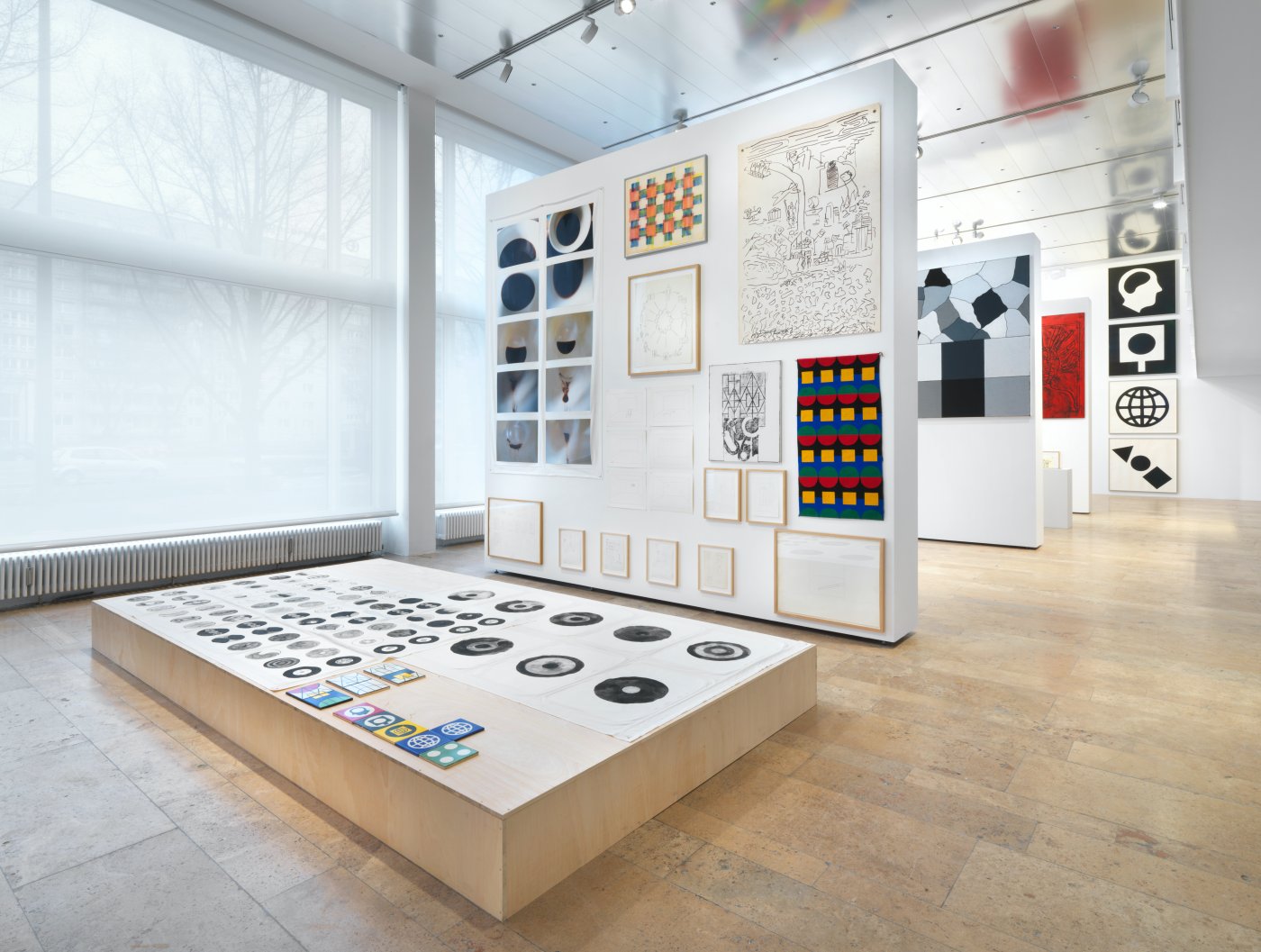 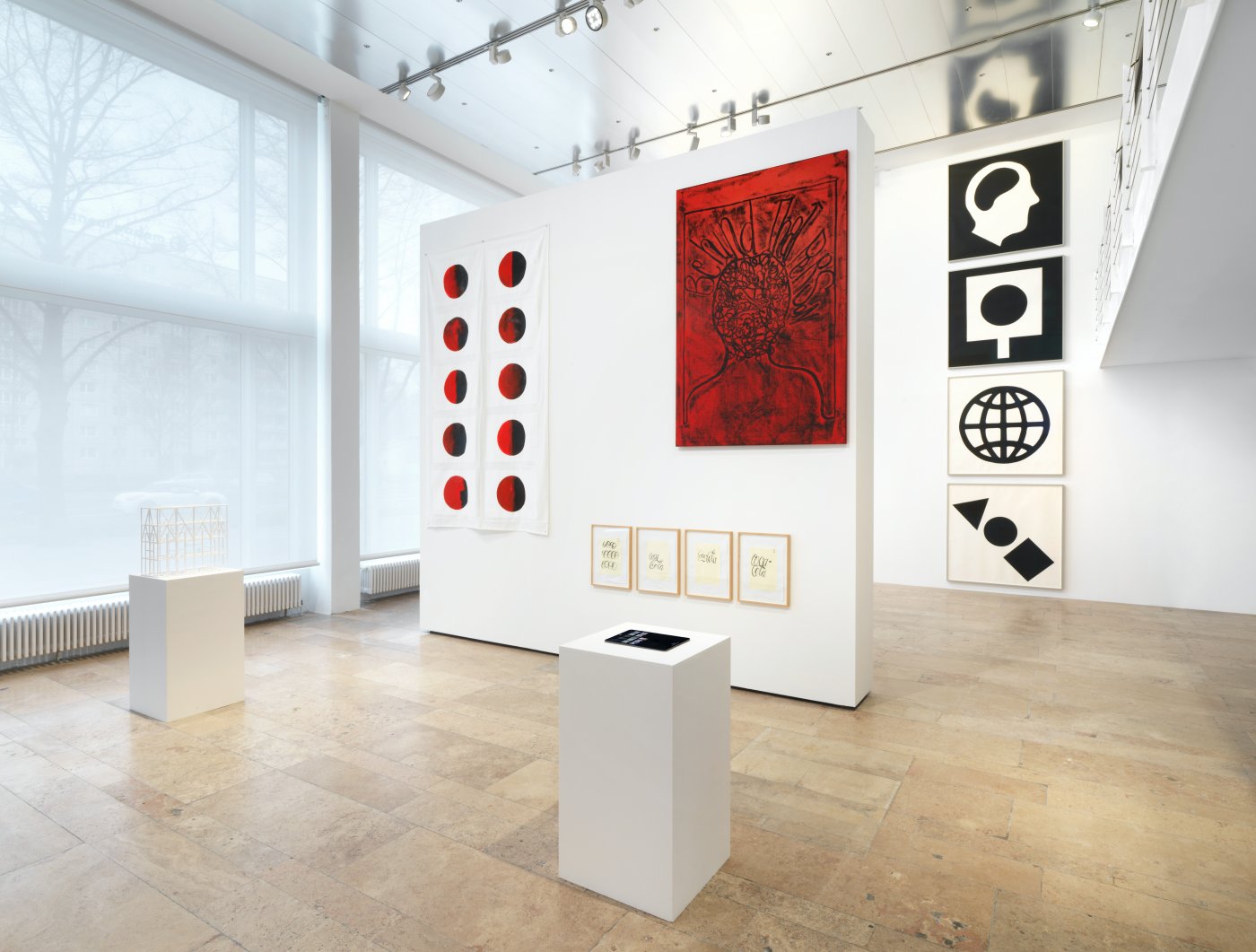 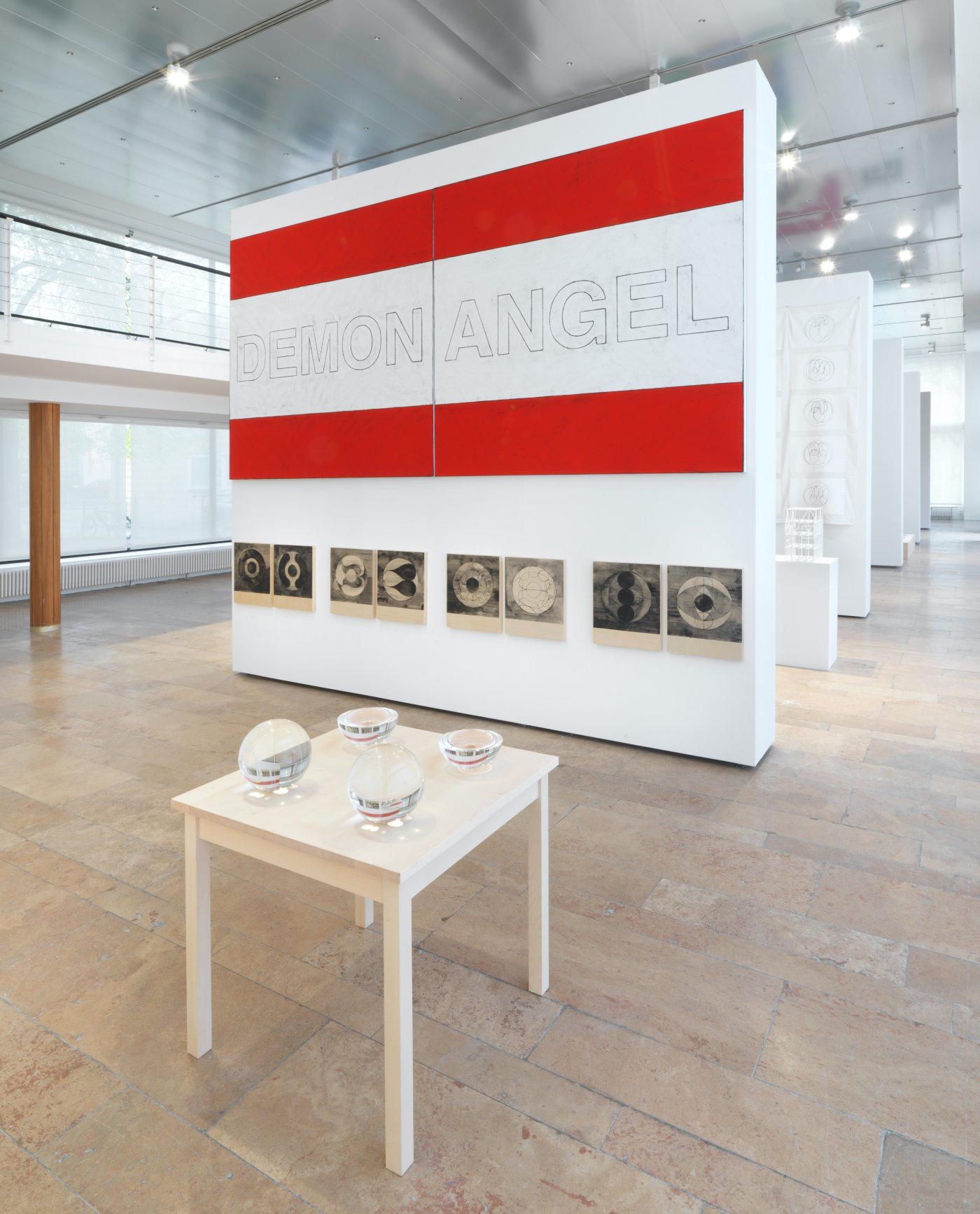 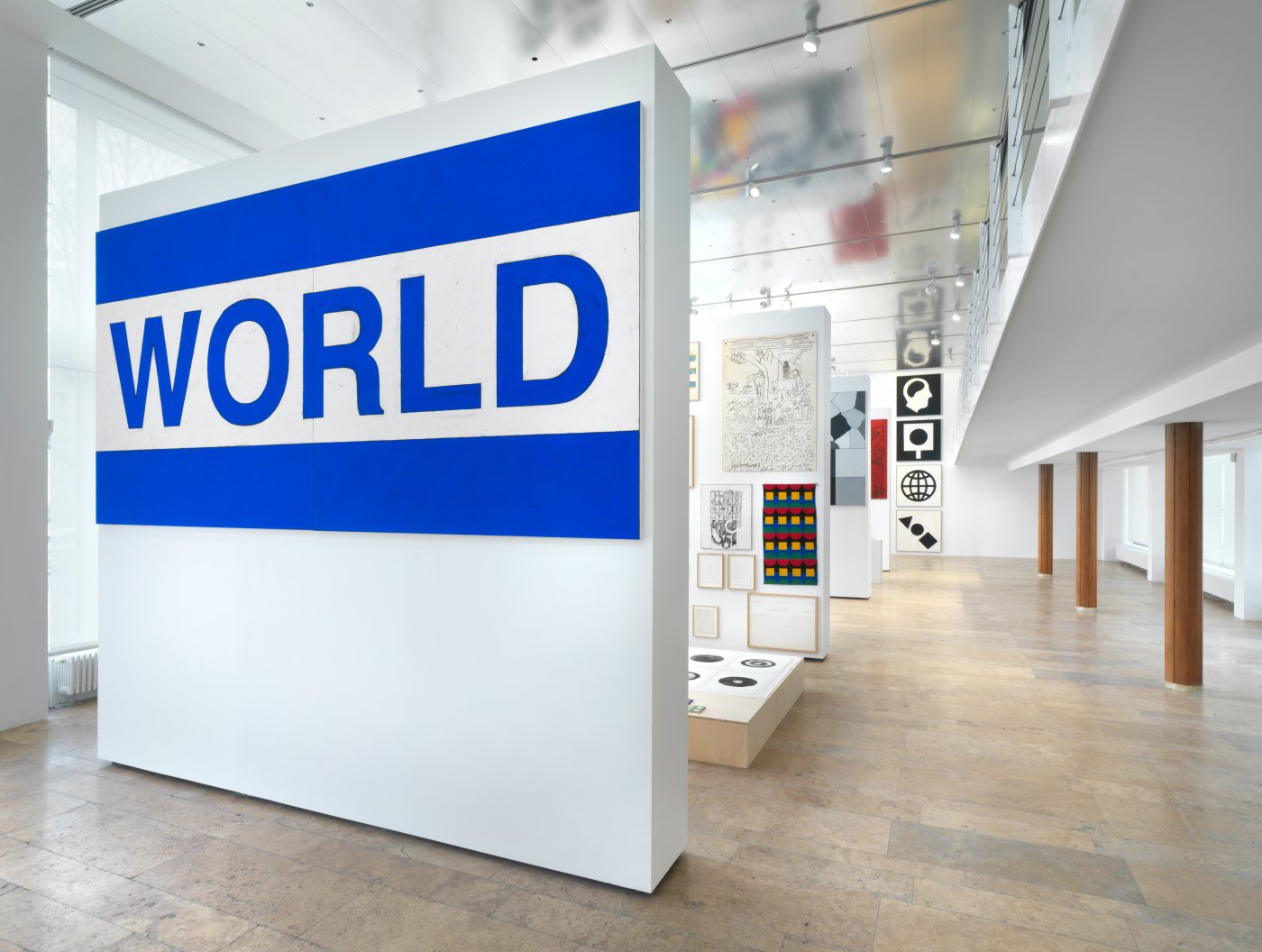 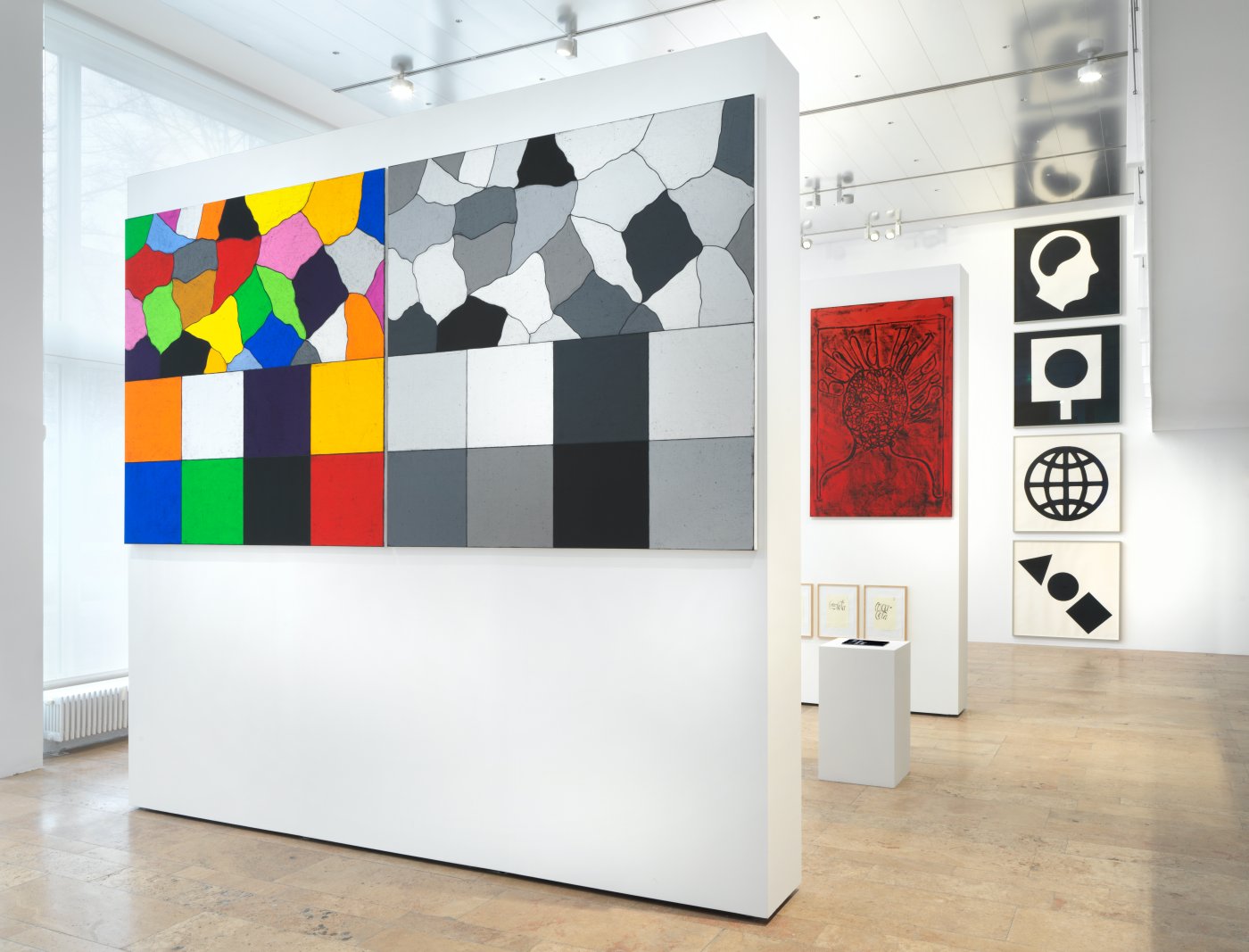 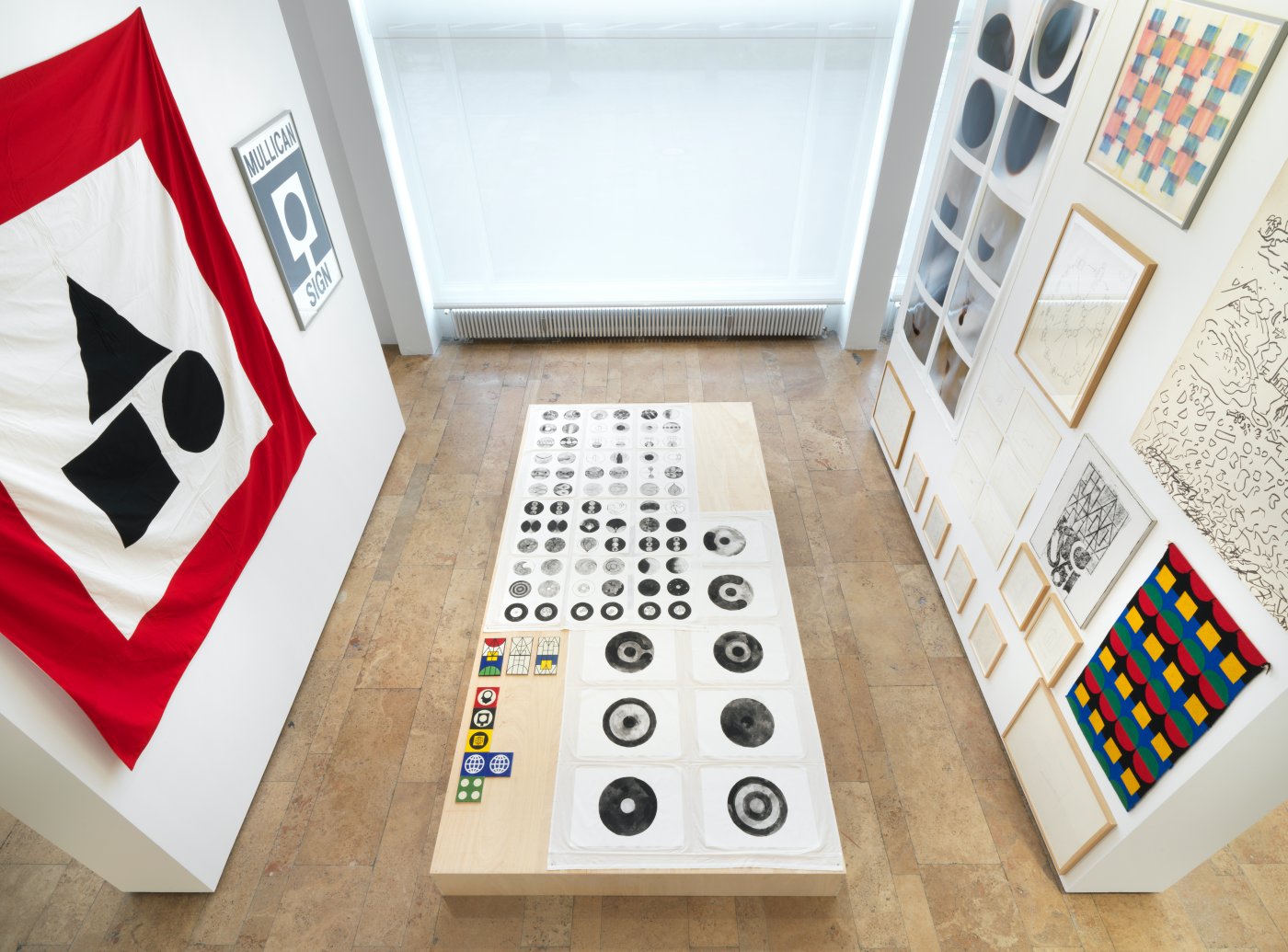 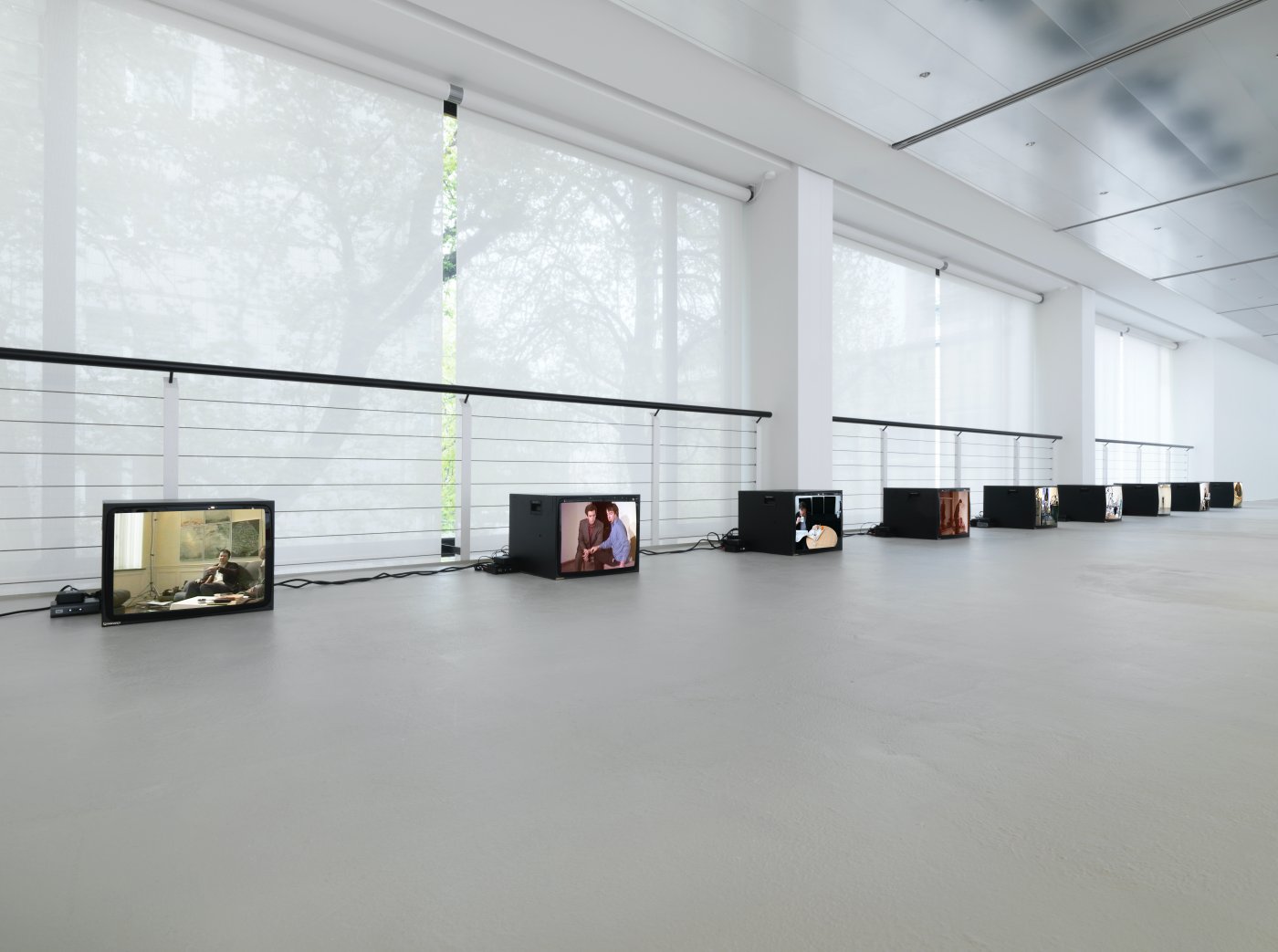 This decades-long exploration across various media such as painting, film, sculpture, photography as well as performance art, has led him to establish his own subjective 5-part classification system, which he calls the “Five Worlds”. In this cosmology, each color corresponds to different levels of perception: green stands for material, blue for the everyday world, yellow for ideas, white and black for language and red for the subjective. For this exhibition, Mullican has deliberately chosen to emphasize the individual objects rather than the system, taking this as an opportunity to showcase works which span fifty years of his practice, with the earliest piece dating back to 1970 and the most recent to merely a couple of days before the opening of the exhibition. The show recapitulates the artist’s multimedia-based artistic approach, featuring a wide variety of materials and subjects, ranging from rubbings to tapestries, from ceramics to flags, virtual reality installations, watercolors and much more.

In this past year, the artist has continually devoted himself thoroughly to making art and producing exhibitions despite the circumstances and has through this developed new modes of production to further expand his cosmology. Included in the show are four new sets of watercolors on wood, a medium the artist has only recently begun making use of. Entitled Things Change in Heaven, the works make reference to his hypnosis performances of the same name, alluding to a key element of his earlier practice. Both the performances and the watercolors deal with the ever-present existential tropes: such as life after death, and heaven and hell. These forms re-appear on textiles elsewhere in the exhibitions, as well as in his painted icons, characteristic of the ongoing underlying interconnections in his practice.

The newest work in Five Walls is a pair of large-scale rubbings named All I See Are Light Patterns. Here, the artist continues his long use of his unique “frottage” technique, in which the canvas is placed on a cardboard plate, which is then rubbed with an oil stick to transfer an image. The 2021 painting depicts the forms of the artist’s usually recognizable world dissolving, and in grayscale, introducing a dystopian element into his world cosmology.

Mullican was one of the first artists to make use of computer animation and 3D printing in his works, as early as the 1980s, and continues his explorations with VR and digital animation in this exhibition to further expand the ways of representing his worlds. The VR work Overall Chart wrapped on a Sphere from the Inside Out from 2020 transposes the viewer into a sphere which signifies his world and all its elements, creating a new perspective from which to experience it. Another new work, 3D Overall Chart, similarly allows the viewer to subjectively experience a 3D printed object from within, providing multiple vantage points of the structure.

Each work in the dense maze of Mullican’s Five Walls is autonomous and free-standing, within his ever- connected cosmology, revealing insights into the nature of reality and the perceived truths of the universal order, while providing valuable alternative models for explaining the world and our existence.

This exhibition is supported by Stiftung Kunstfonds / NEUSTART KULTUR.