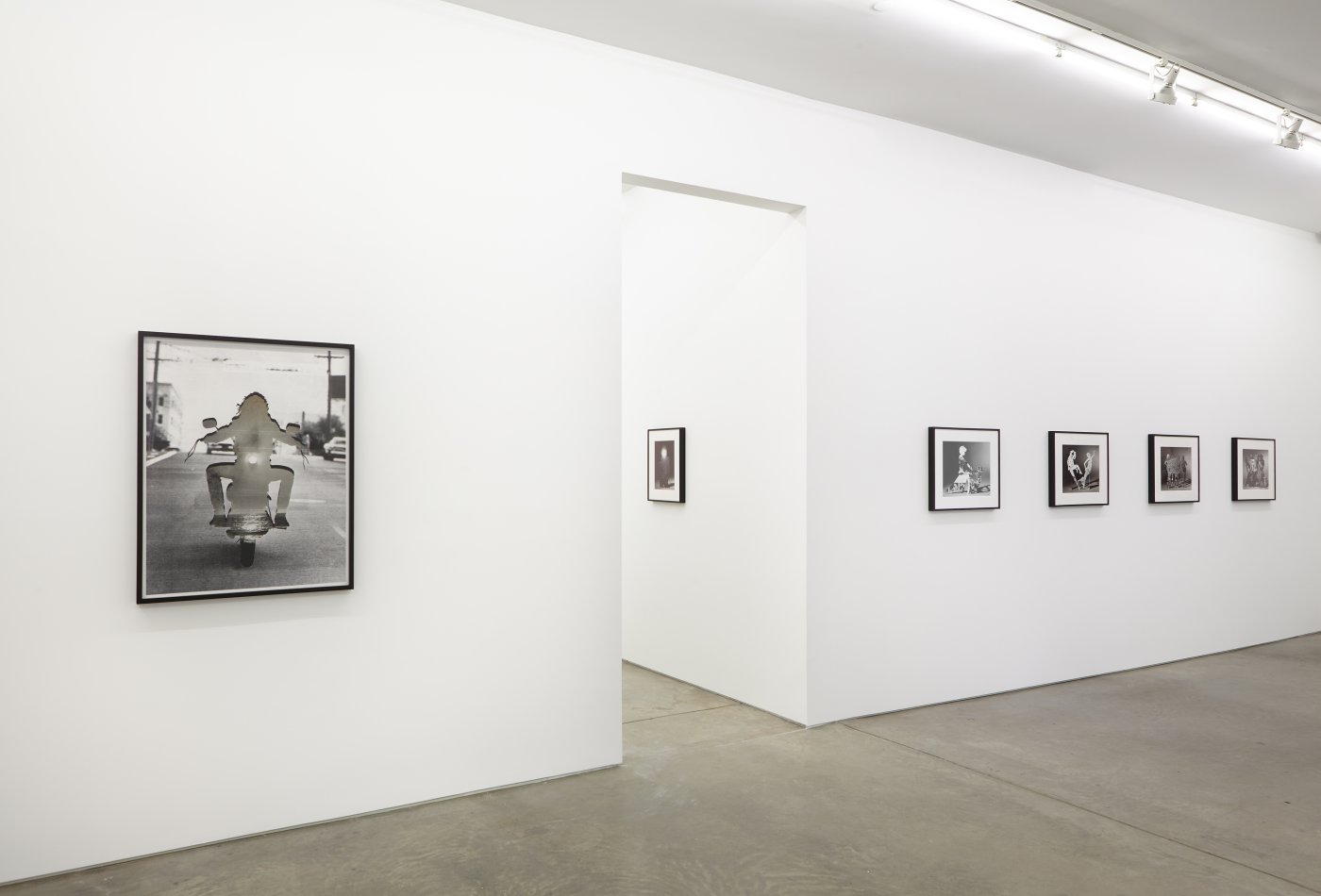 Over the past twenty years, Lipps has developed a distinctive photographic practice that pays tribute to the history of twentieth century photography while also questioning the dominant myths that structure our cultural narratives. The exhibition presents new work from two related but distinct series, both of which incorporate analogue photography, collage and printed media. The first, begun in 2019, merges documentary photographs from the male-oriented magazine US Camera Annual with iconic 1990s fashion images published in Vogue and Harper’s Bazaar.

In the second series, undertaken in 2020, Lipps reconsiders the photographs included in MoMA’s widely seen, highly controversial 1955 Family of Man exhibition and catalogue. In exploring the role of mass media in forming the photographic canon and structuring gender, Lipps simultaneously questions the disparate notions about both genres: shallow commerce versus deep investigation; ephemeral style versus timeless documents; and femininity versus masculinity. Concurrent with Solve for X, Marc Selwyn Fine Art, Los Angeles, will present Lipps’ The Body Wants to Live, an exhibition devoted solely to the Family of Man series.

As a young photographer discovering his queer identity, Lipps immersed himself in the glamorous pages of Vogue and Harper’s Bazaar, privately identifying with the supermodels and scrutinizing the work of leading fashion photographers like Richard Avedon and Irving Penn. Simultaneously, he studied the history and techniques of twentieth century masters like W. Eugene Smith, Ansel Adams, Dorothea Lange, Bill Brandt and Margaret Bourke White. While revisiting the photographs of twentieth century modernism to understand how they have informed our collective memory, Lipps also points out that “Fashion photography is, ultimately, not superficial. Its hyperbolic space of idealized female figures invades our bodies and minds, channels desire, coaches gender performance, and structures class identities. It has a profound influence on culture.”

For Solve for X, Lipps has meticulously cut out portions of the journalistic images and layered them onto freestanding cardboard silhouettes of supermodels in animated poses, creating three-dimensional tableaux that are then re-photographed and enlarged. The resulting image-laden figures function as both surface and aperture while the combination of gritty realism and feminized sexuality creates new and unexpected readings. For Lipps, revealing parts of the process is key: the tape used in assembling the figures is left visible in many of the works, the reflective glare creating a glossiness that speaks to the magazine pages in which these images originally appeared.

Lipps’ appreciation for the physicality of photography and the tactility of the printed page is refreshing in our increasingly virtual present. In physically constructing his images, Lipps addresses photography’s ability to shape reality, manufacture emotion, script identity, warp memory and dictate desire. In these unstable times, his work offers a nuanced examination of the ease with which meaning can be manipulated and constantly reframed.