Halsey McKay presents World Trade Center Paintings, a new exhibition by the artist Matt Kenny. Begun in 2014, these paintings experiment with character and caricature in the context of the artist’s forays into urban realism, recasting the World Trade Center as a grotesque, ambiguous symbol of contemporary New York. 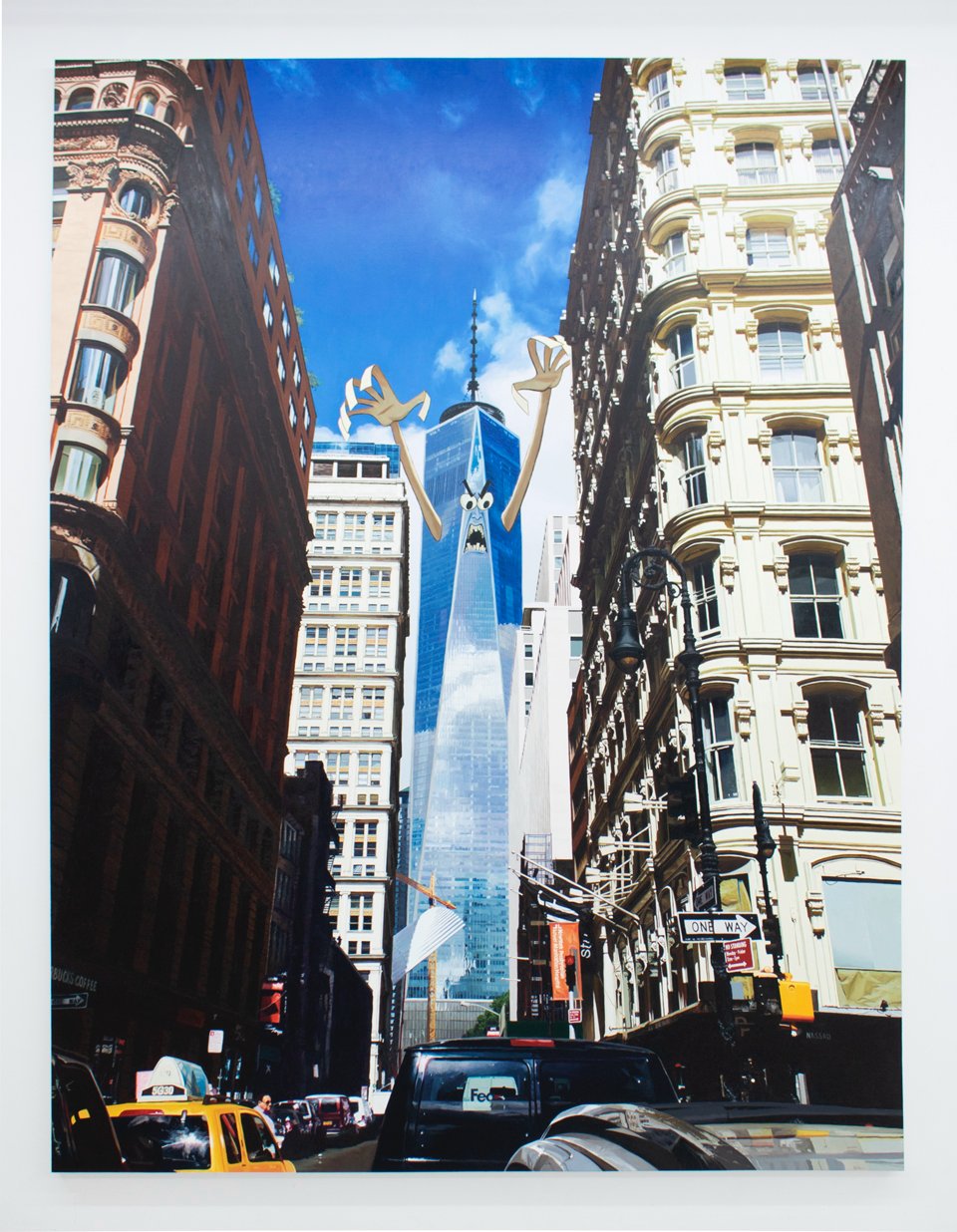 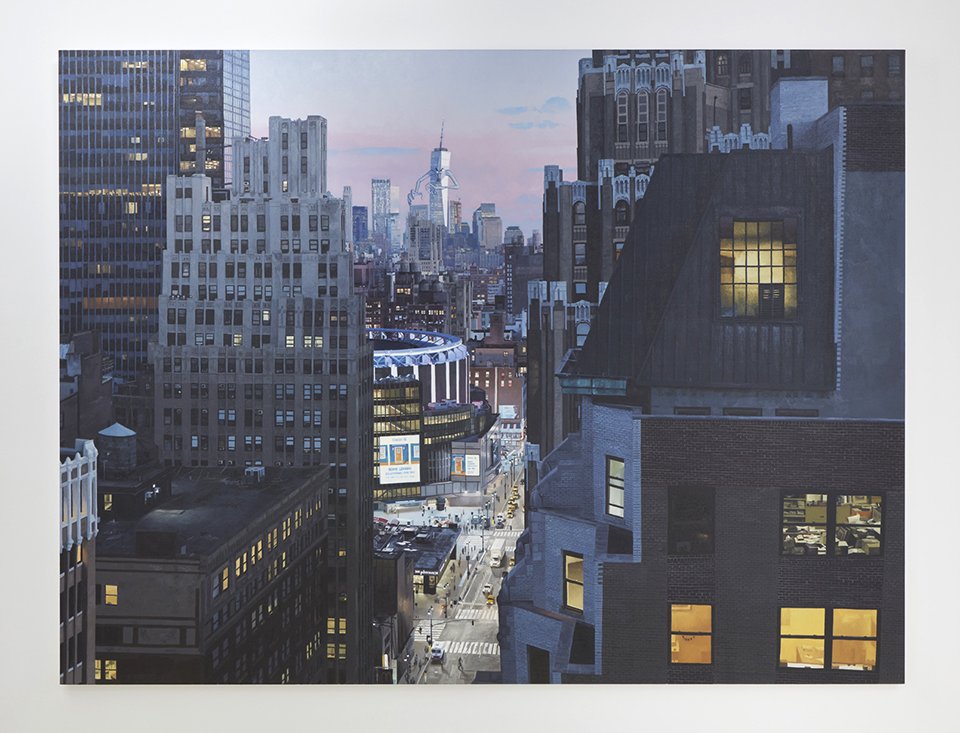 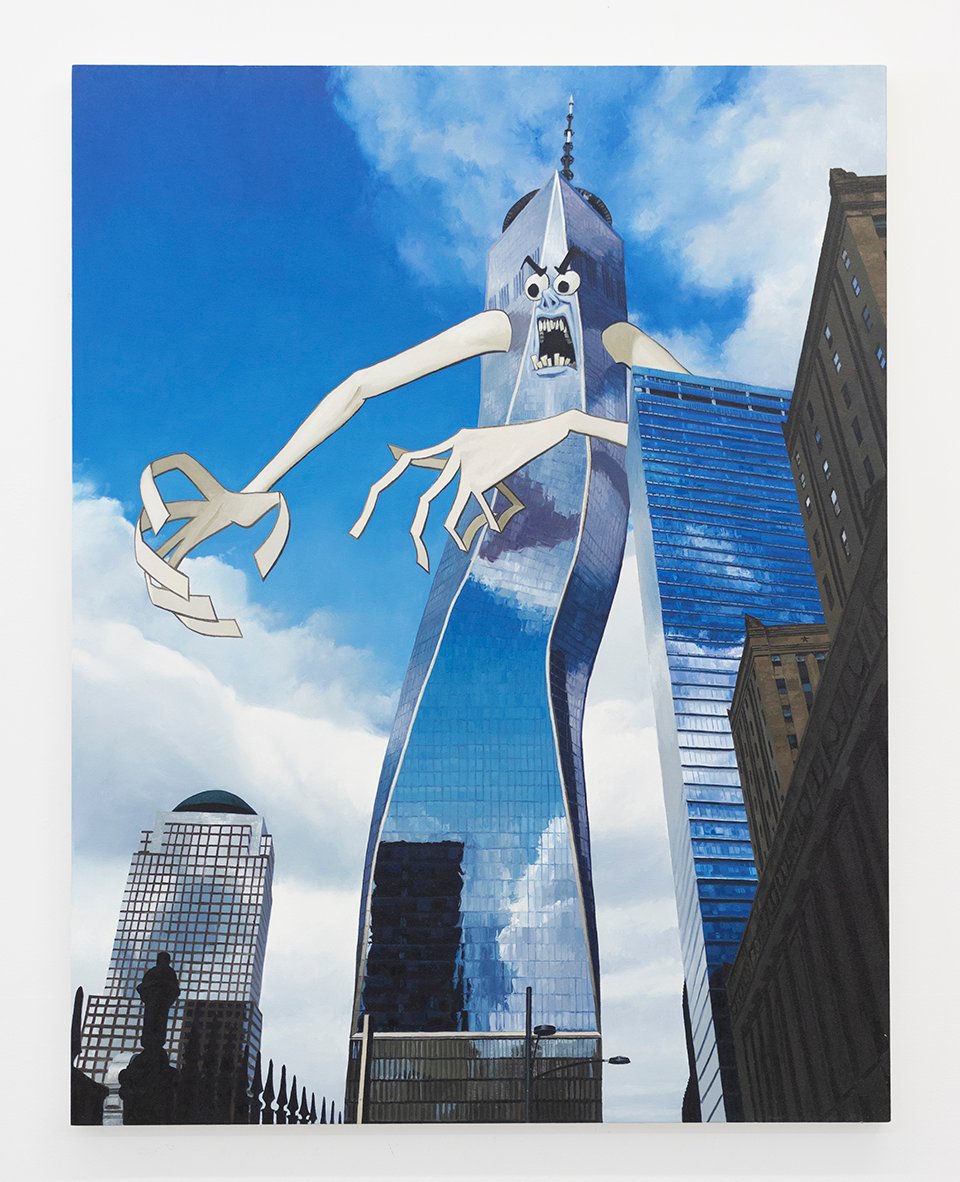 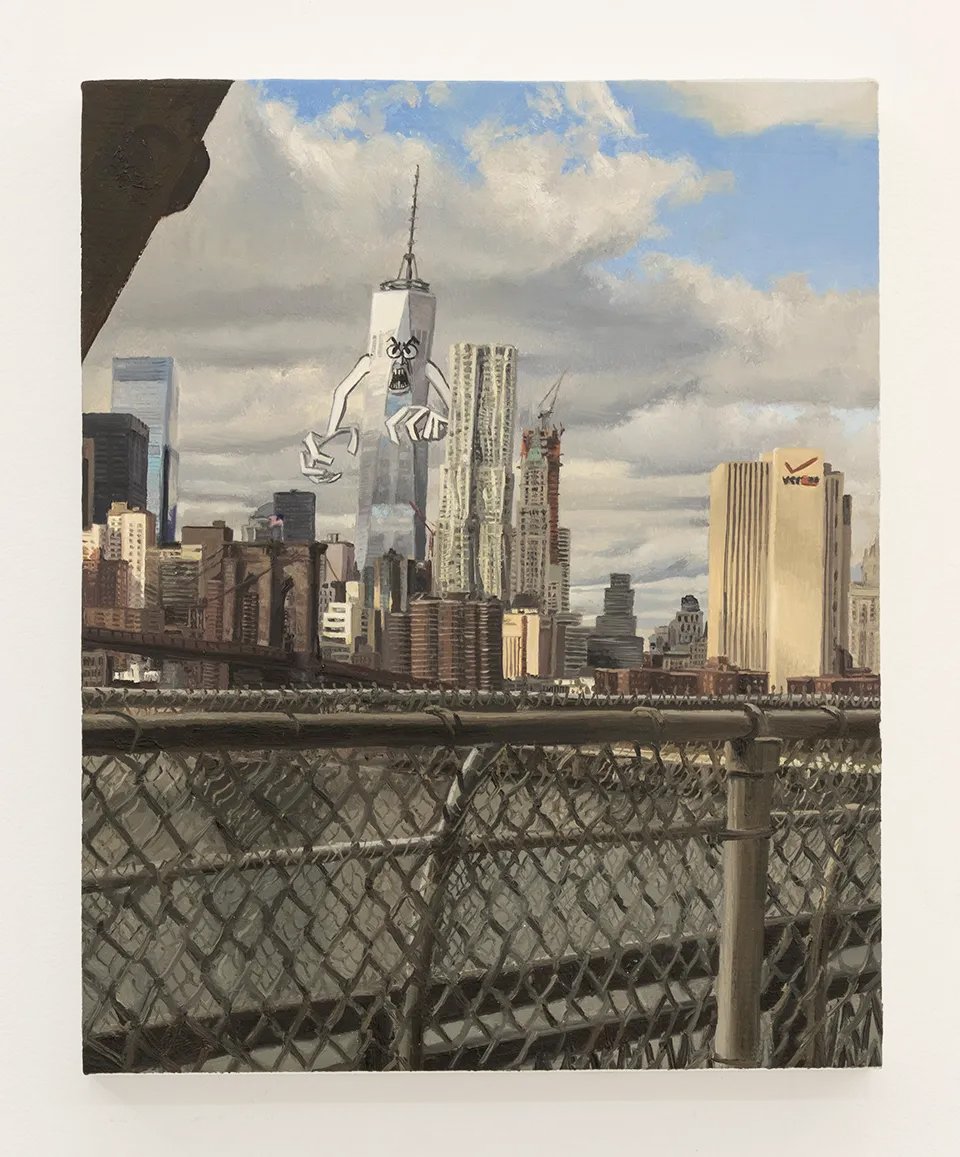 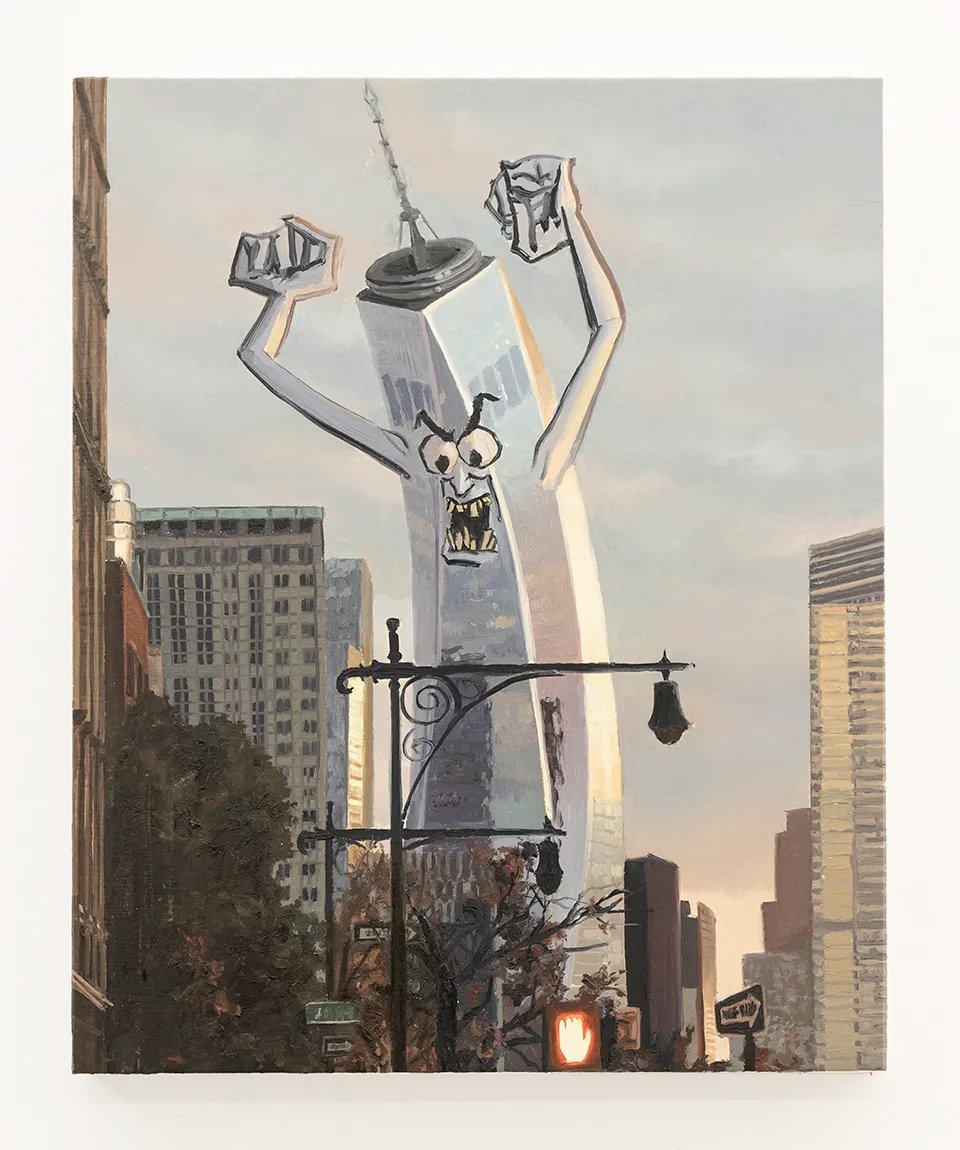 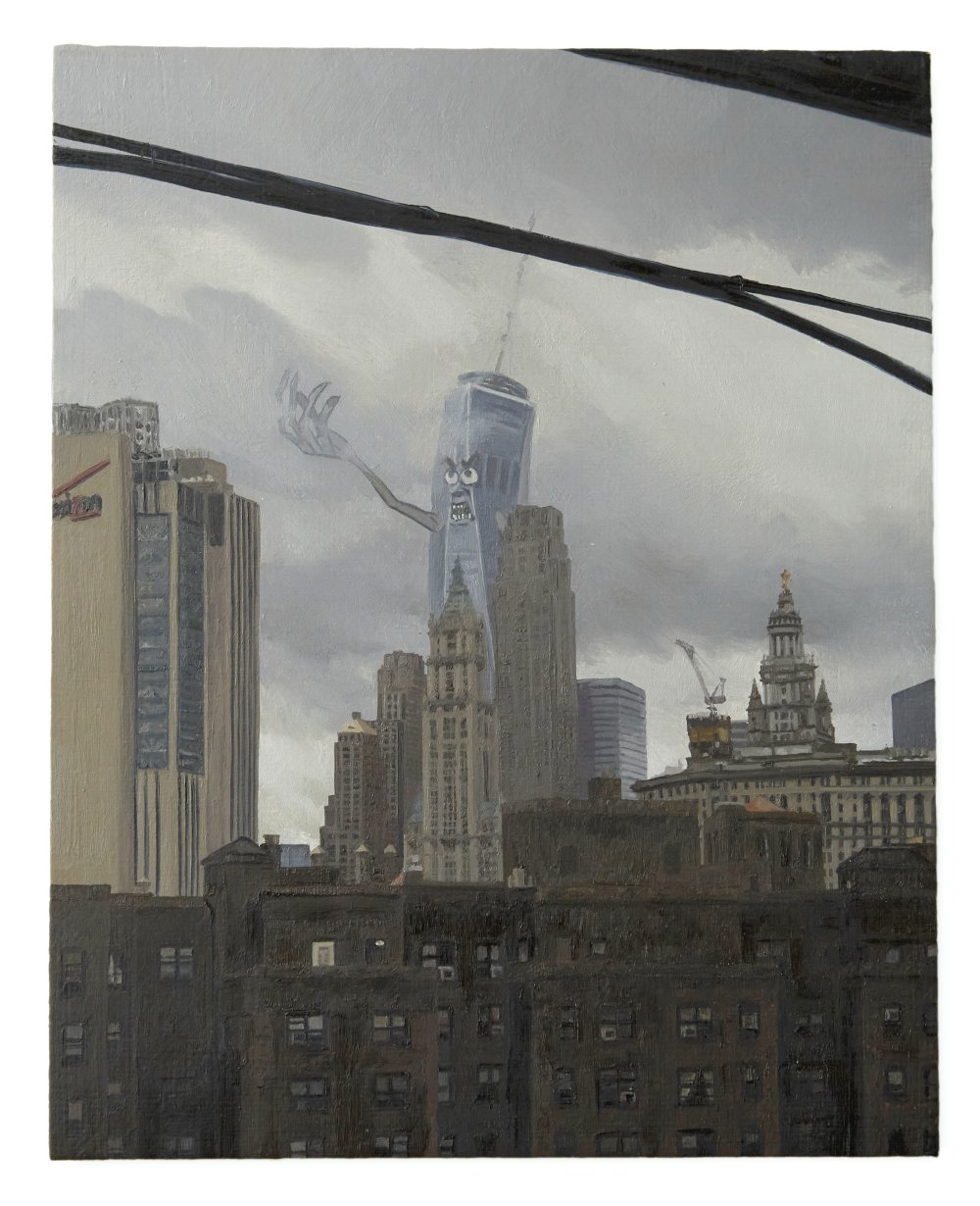 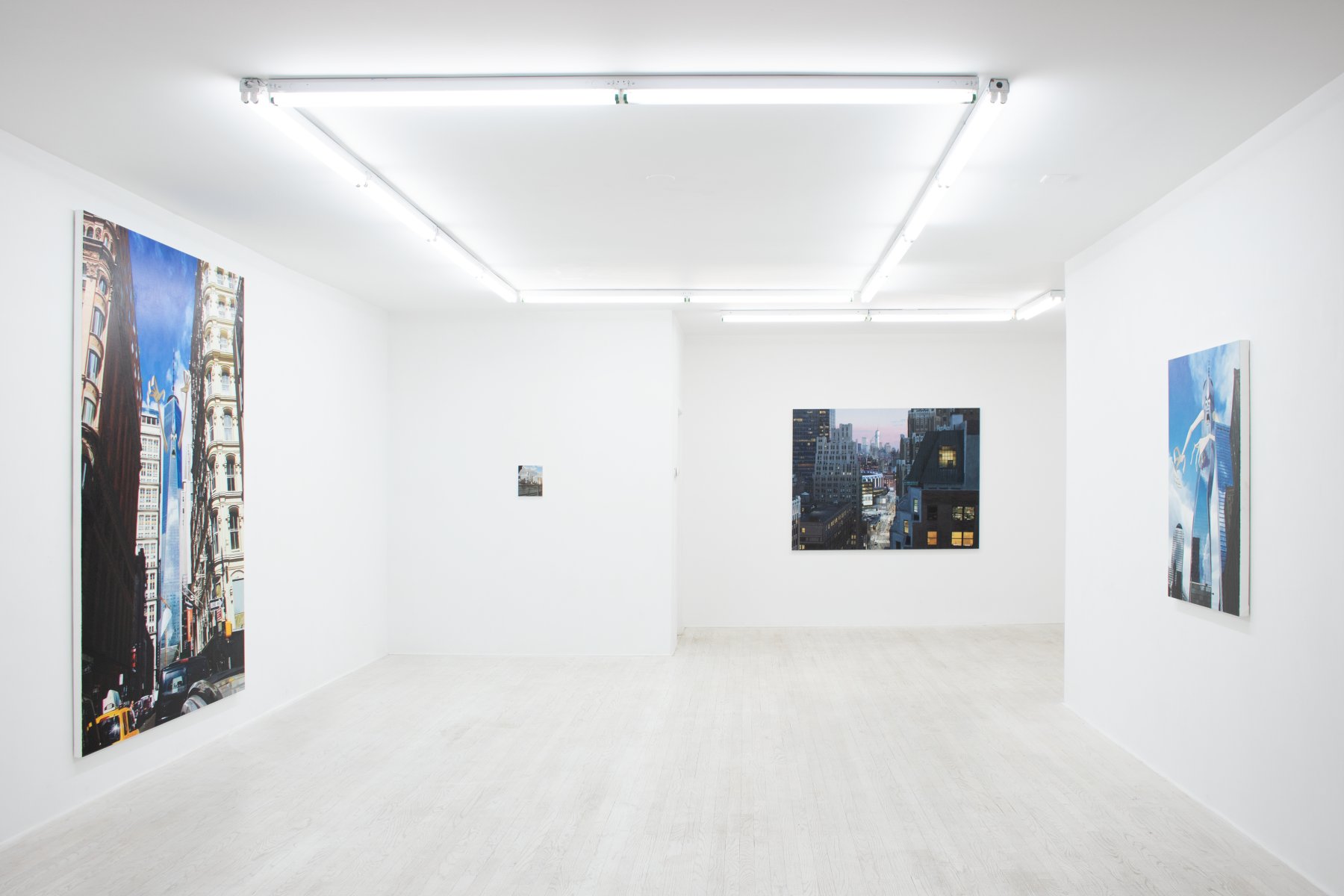 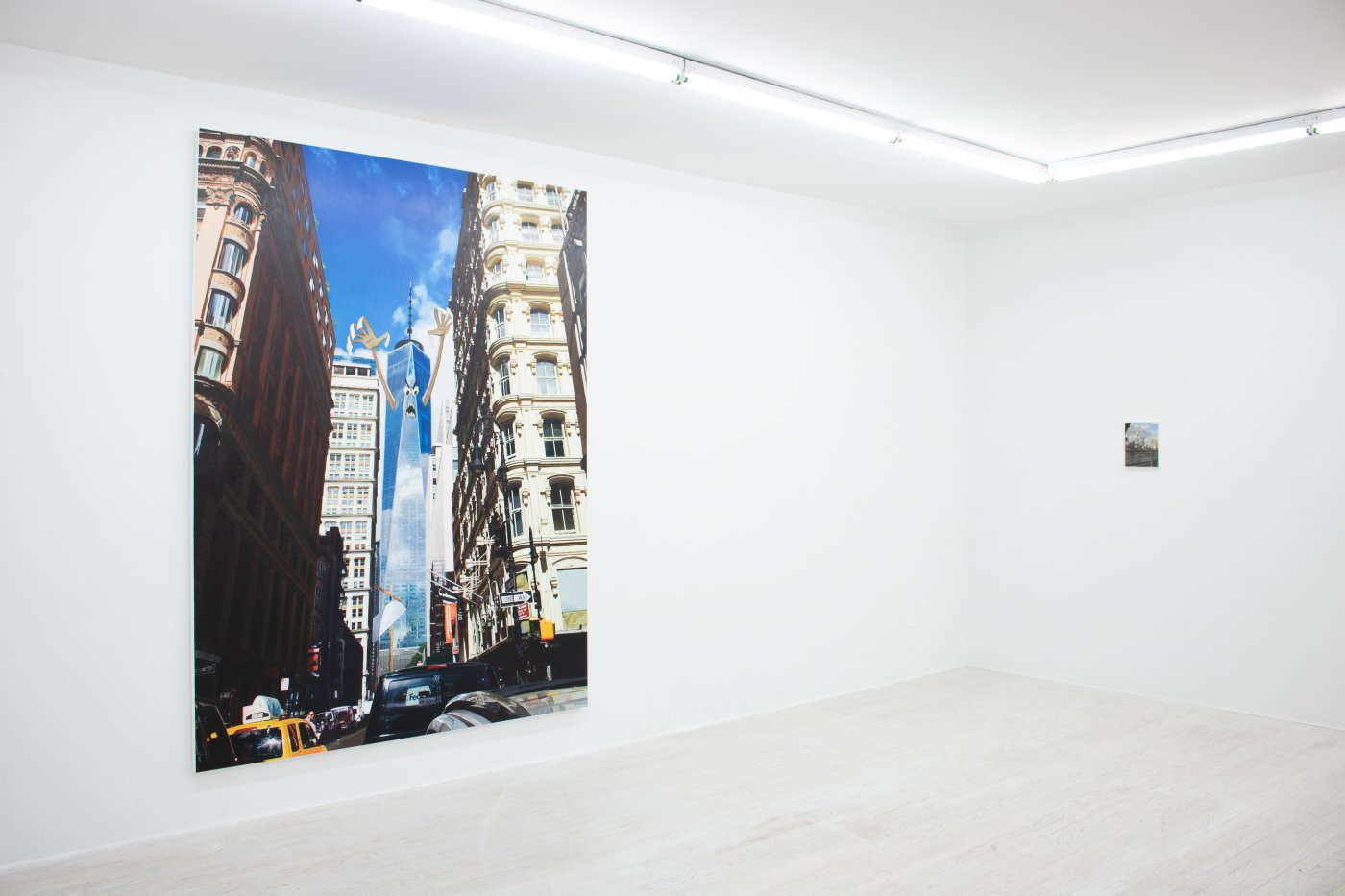 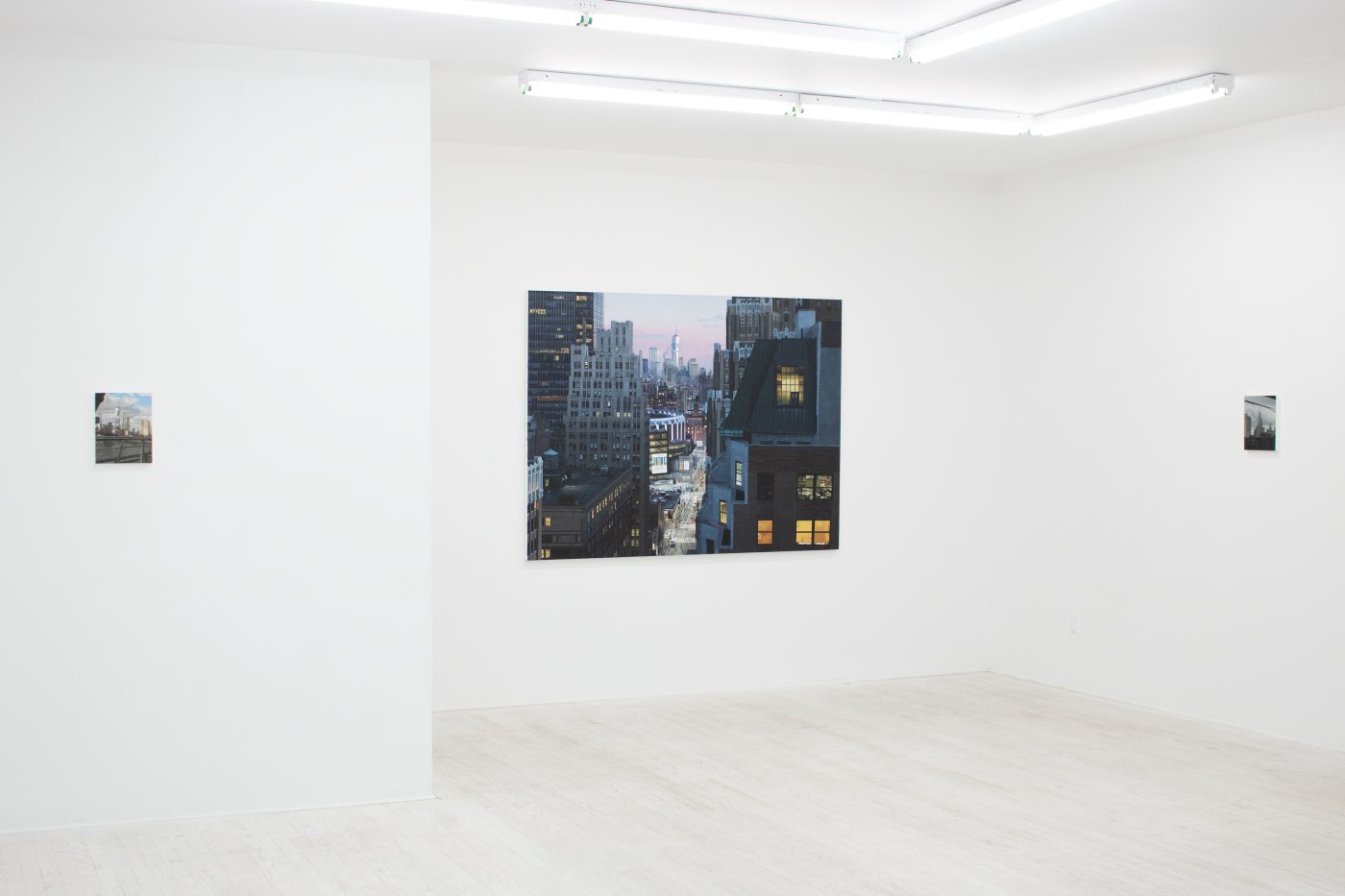 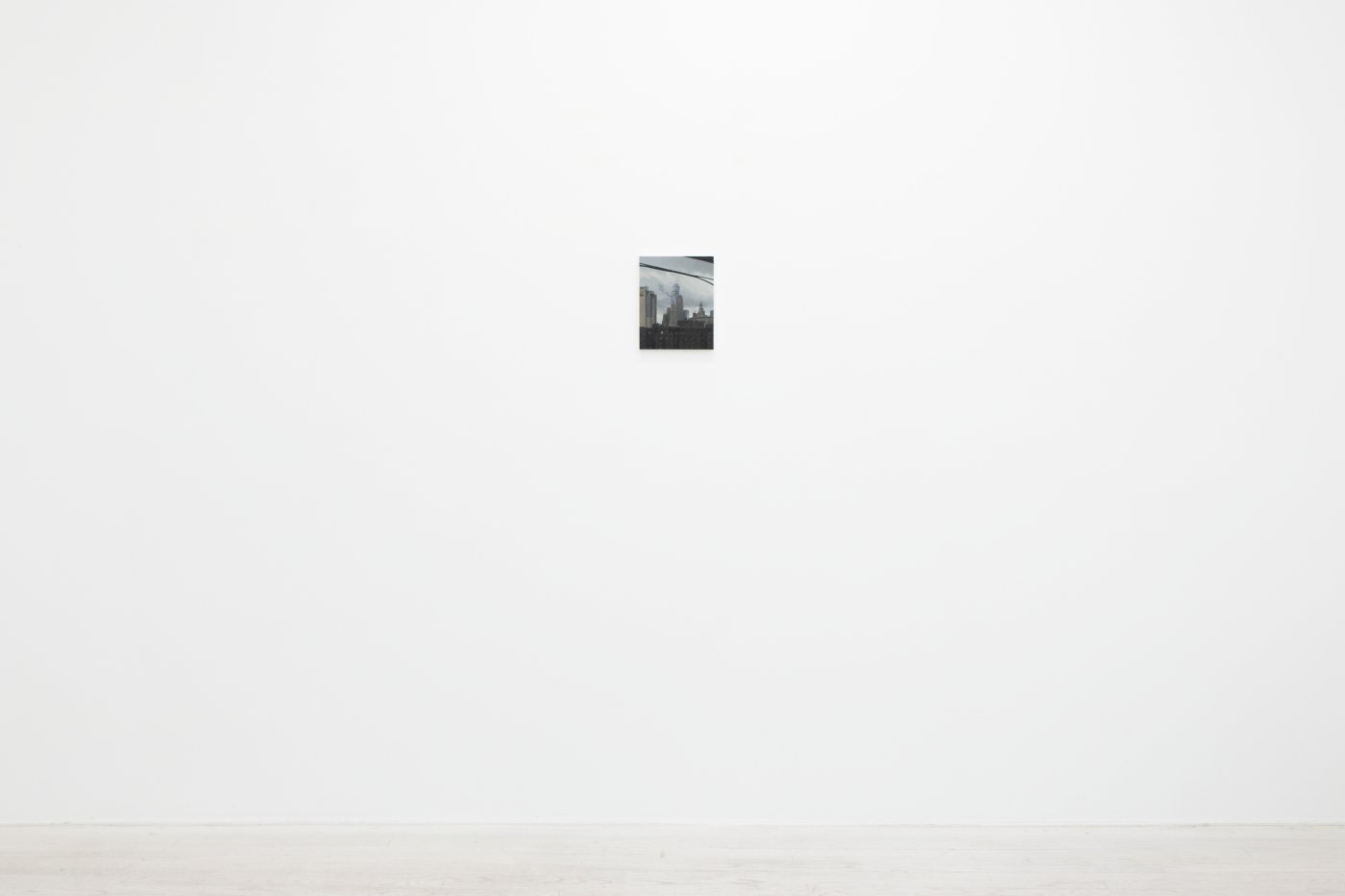 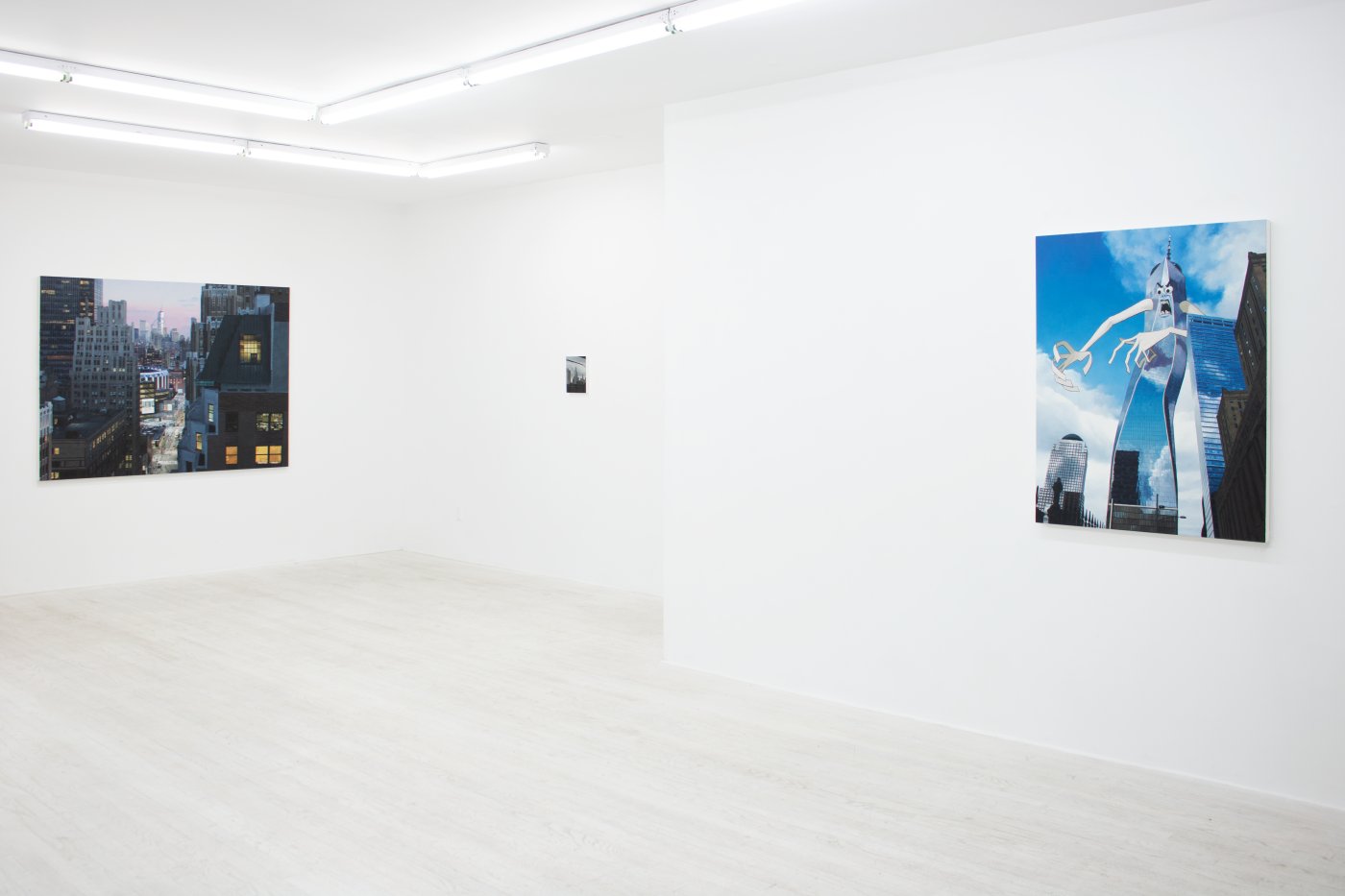 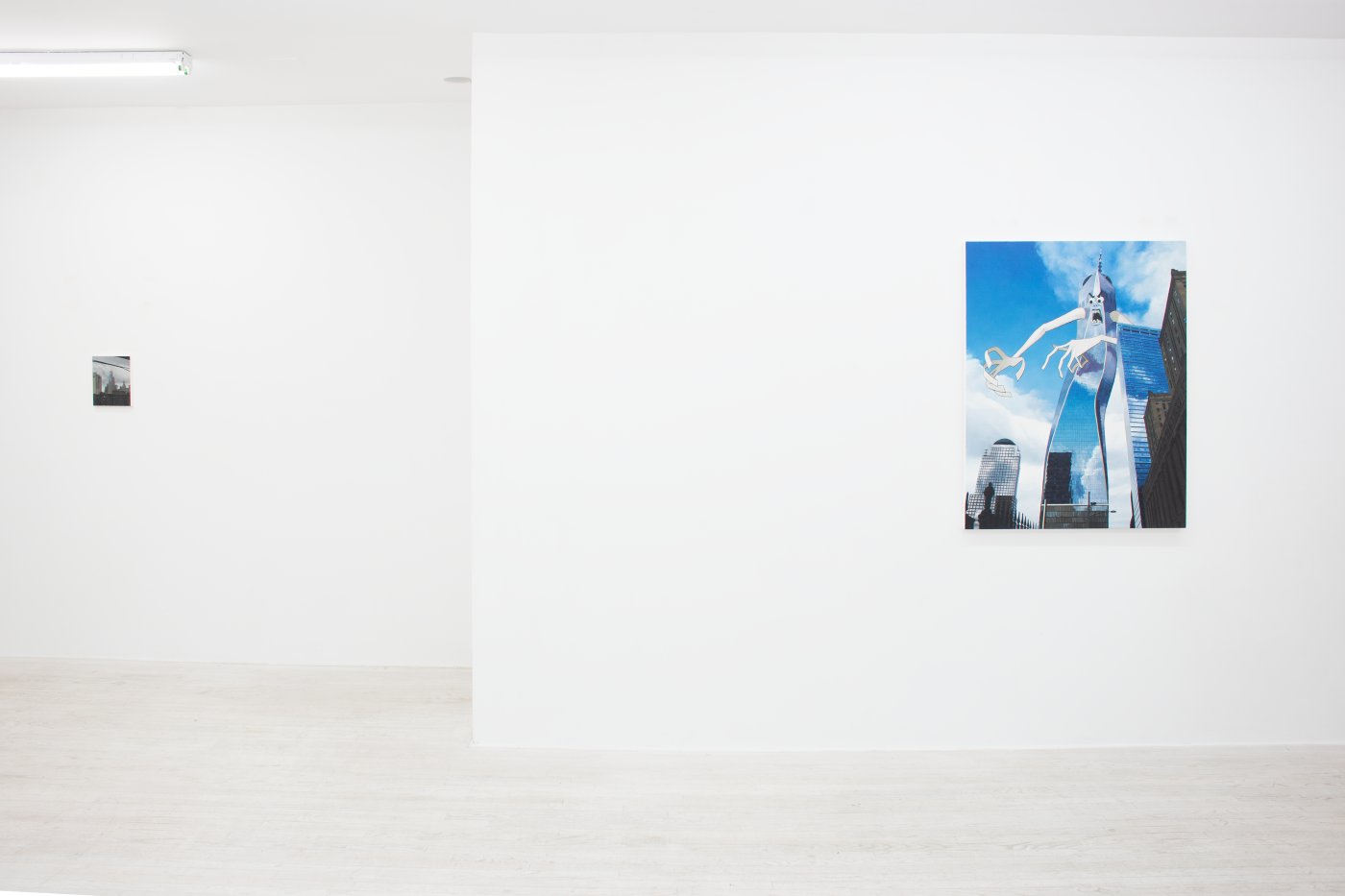 An iconoclastic thinker whose work as an artist, poet and fabricator combines careful research with a multiplicity of styles, Matt Kenny’s Monster series presents a lighthearted imposition to his rigorous practice of documenting the changing urban landscape of Greater New York. Having recently painted in meticulous de- tail the ongoing industrialization of exurban New Jersey in his series Meadowlands, Kenny’s Monster paintings essentially present a rejoinder to the excessively developed urban landscape of post-9/11 New York, anthropomorphizing the World Trade Center’s iconic “Freedom Tower” into a monster, which appears across the series at times wrathful and distraught.

Inspired by community signs protesting commercial development in Houston, this ostensibly lighthearted characterization of the Freedom Tower is as deliberate and complex as the imposition of cartoon elements into Kenny’s expertly-crafted photorealist landscapes. Seen from a street-level perspective, with gnashing teeth and arms crossed or akimbo against a golden-hour sky, the WTC monster is an antagonistic, occasionally baleful presence, embodying in its expressive features many of the ambiguous qualities which the real Freedom Tower is meant to passively symbolize for the city and nation alike. Constructed overlooking Ground Zero, and designed to be exactly 1,776 feet tall, the skyscraper at One World Trade Center carries connotations for many people of resilience, defiance and grief. Its erection in the wake of the destruction of the Twin Towers is a stridently conservative symbol of business-as-usual, an enacted interest in putting the tragedy of September 11th swiftly behind us without stopping to mourn. This ambivalence is at the heart of Kenny’s monster, his face is the face of a memorial office tower.

As an avid reader and investigator of American cataclysms, Kenny’s enduring interest in the significance
of 9/11 focuses less on exposing some totalizing truth than exploring the various narratives formed around earth-shattering events, and the ways they shift and reconfigure our shared reality. In his evocative personification of the WTC tower, Kenny animates an object that is simultaneously a potent symbol and constant presence in the city today, with a specific focus on the elements of time and place that embody a citizen’s viewership. Through his expressive defamiliarization of the banal landmark, Kenny points in his art to quotidian encounters that are rich with hidden meaning, and turns our attention toward an ambiguous symbol enmeshed within the daily experience of modern life.