For his first solo exhibition at Galerie Chantal Crousel, Matias Faldbakken presents a series of installations bringing together drawings from 2017 to 2021, and various groups of lacquered bricks, some locally sourced, others originating from Norway. 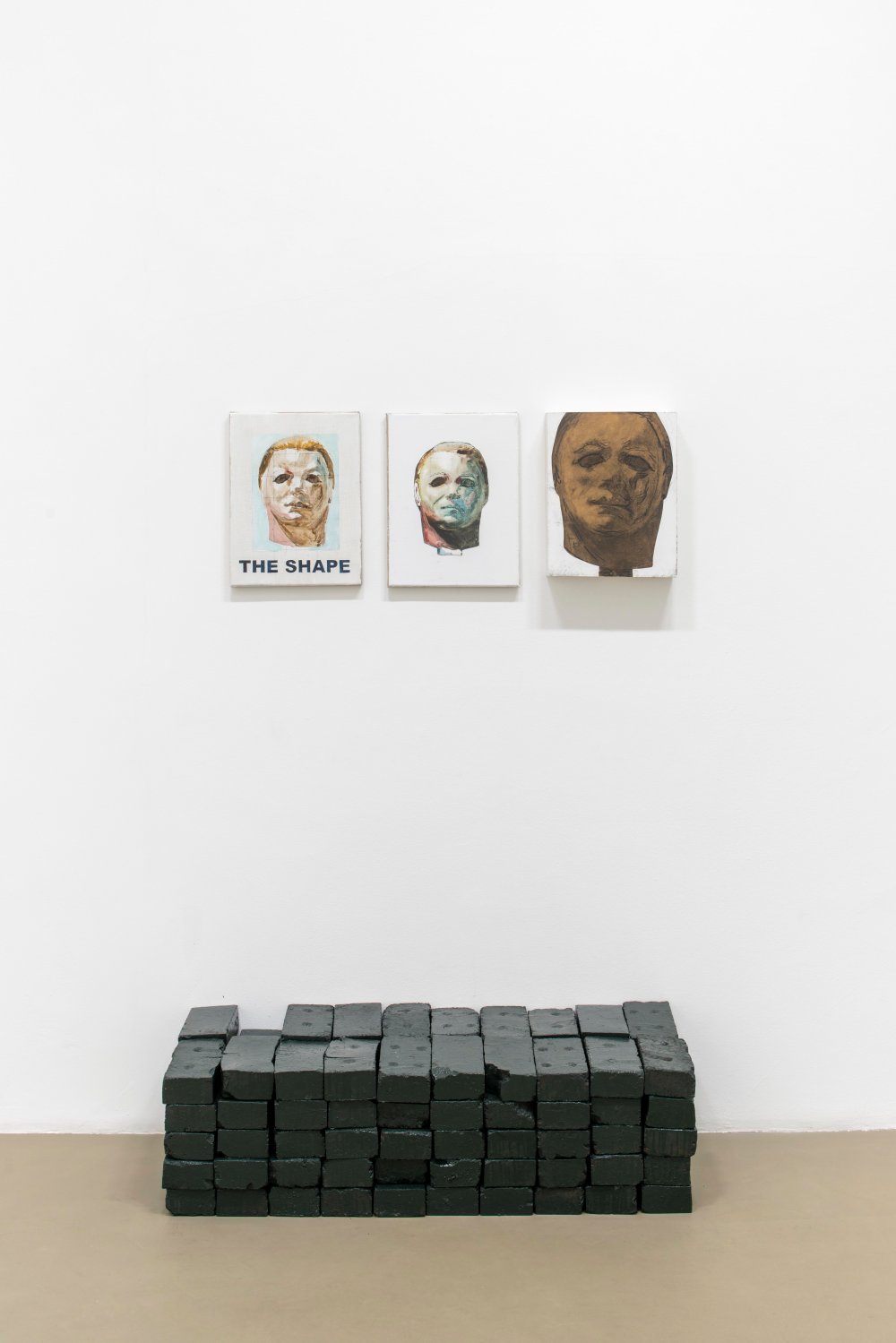 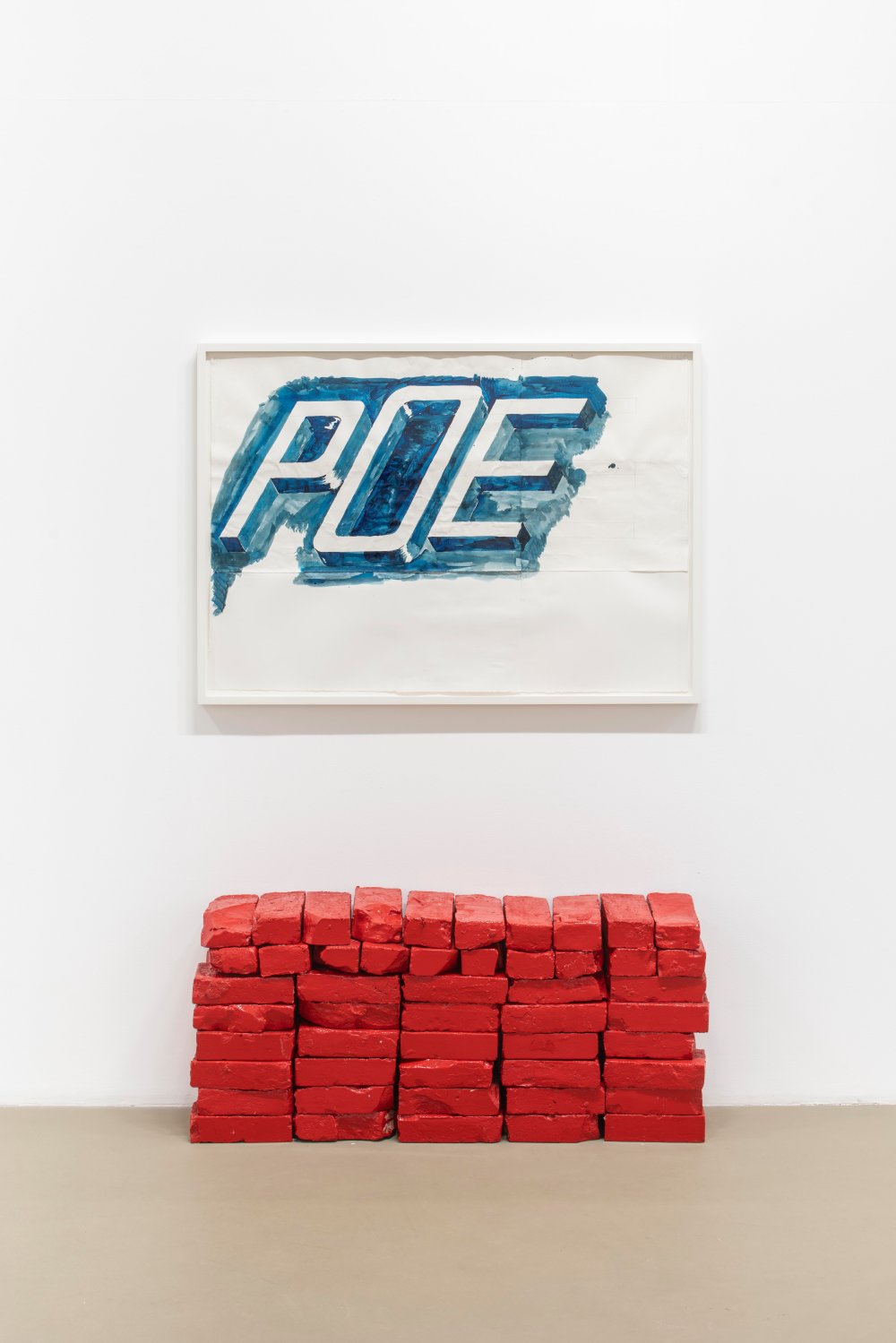 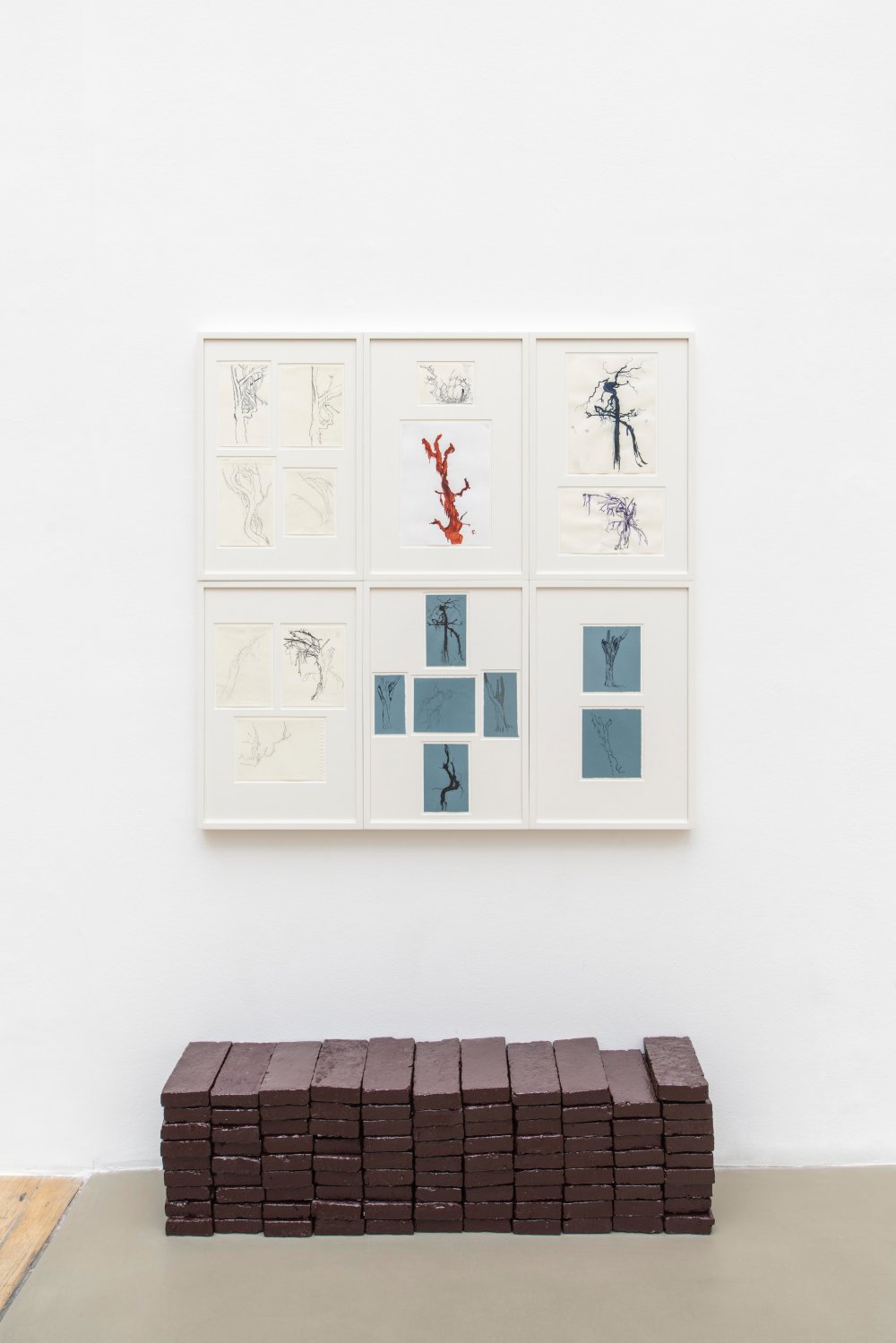 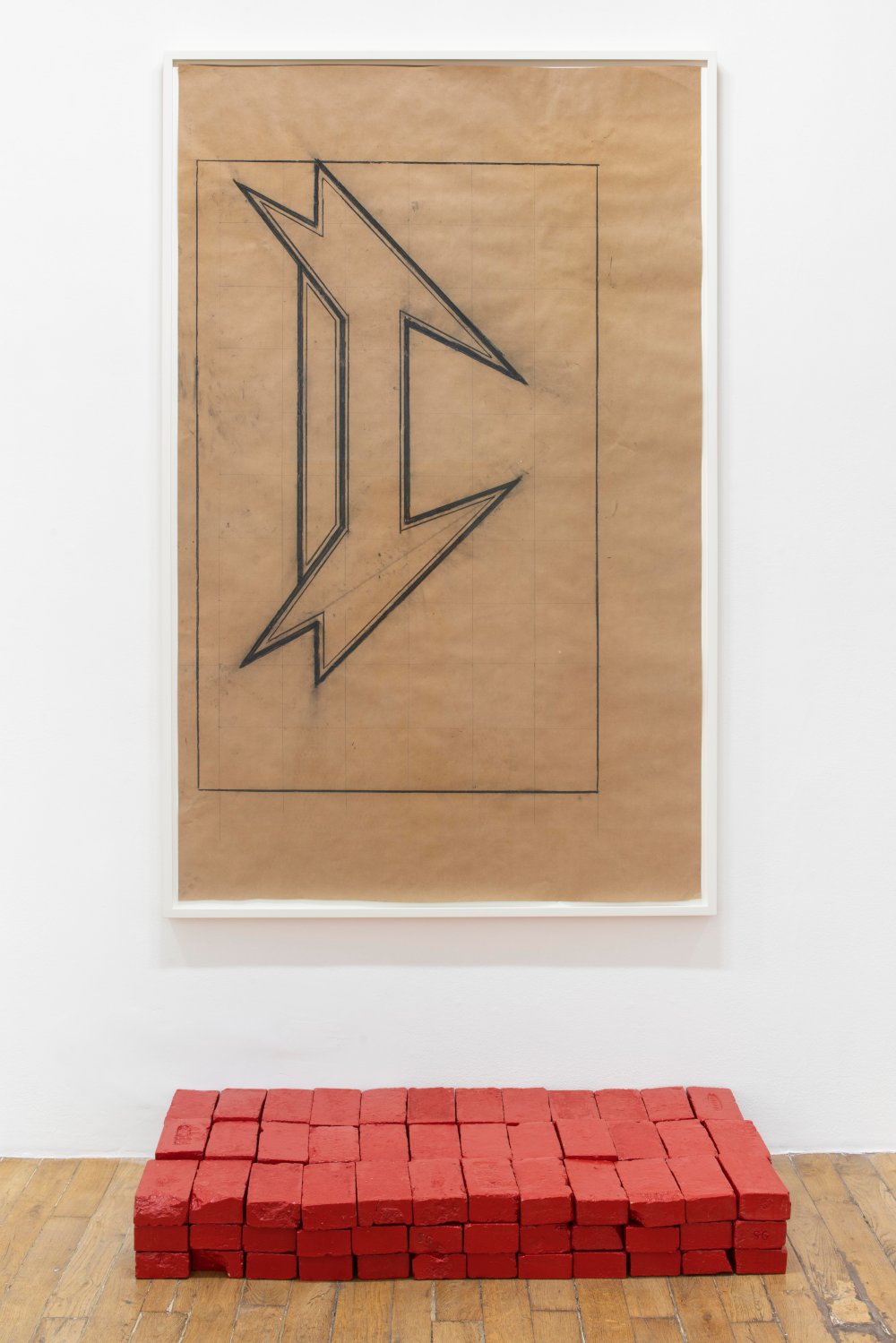 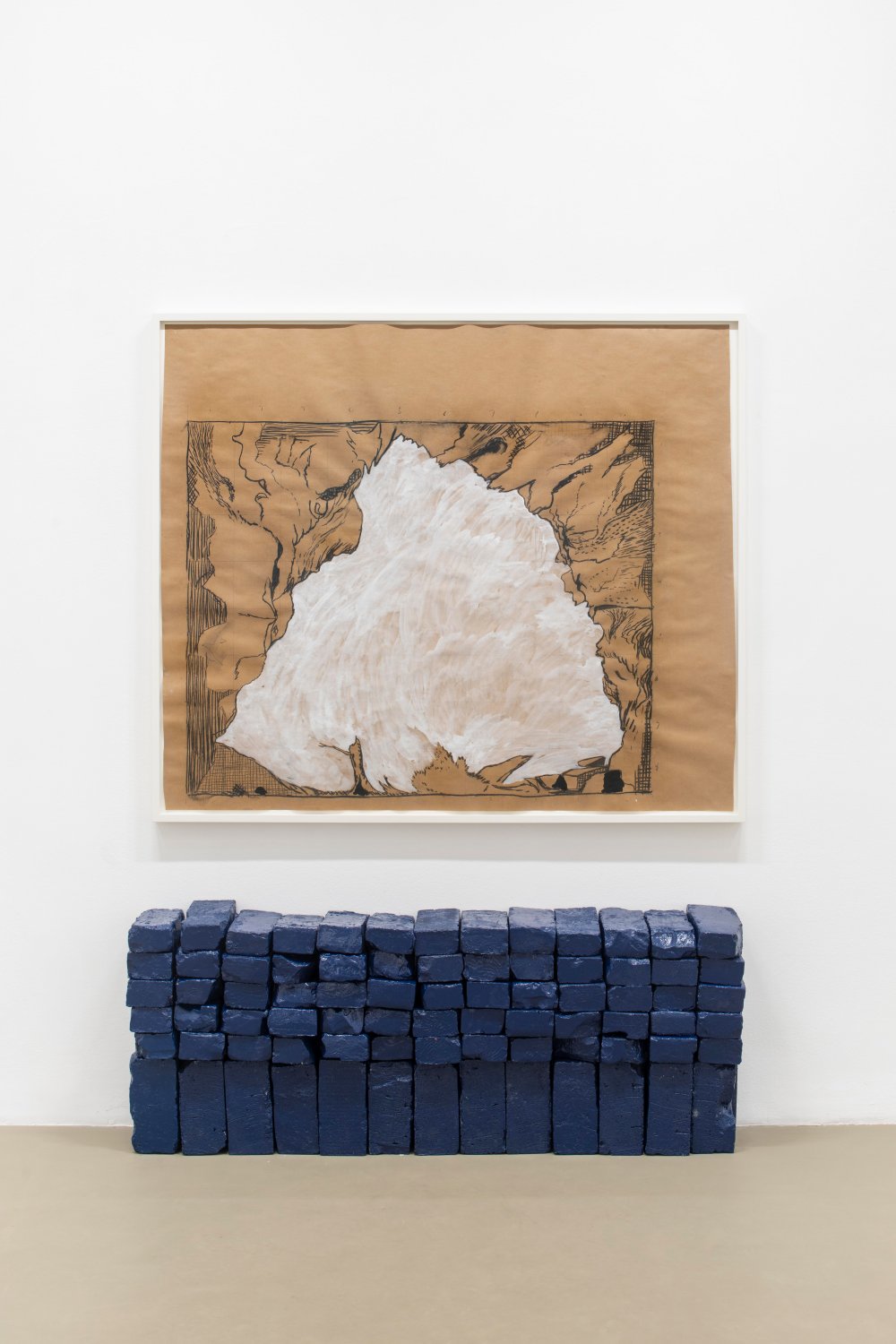 Matias Faldbakken
View from a grotto on Ekeberg, 2021 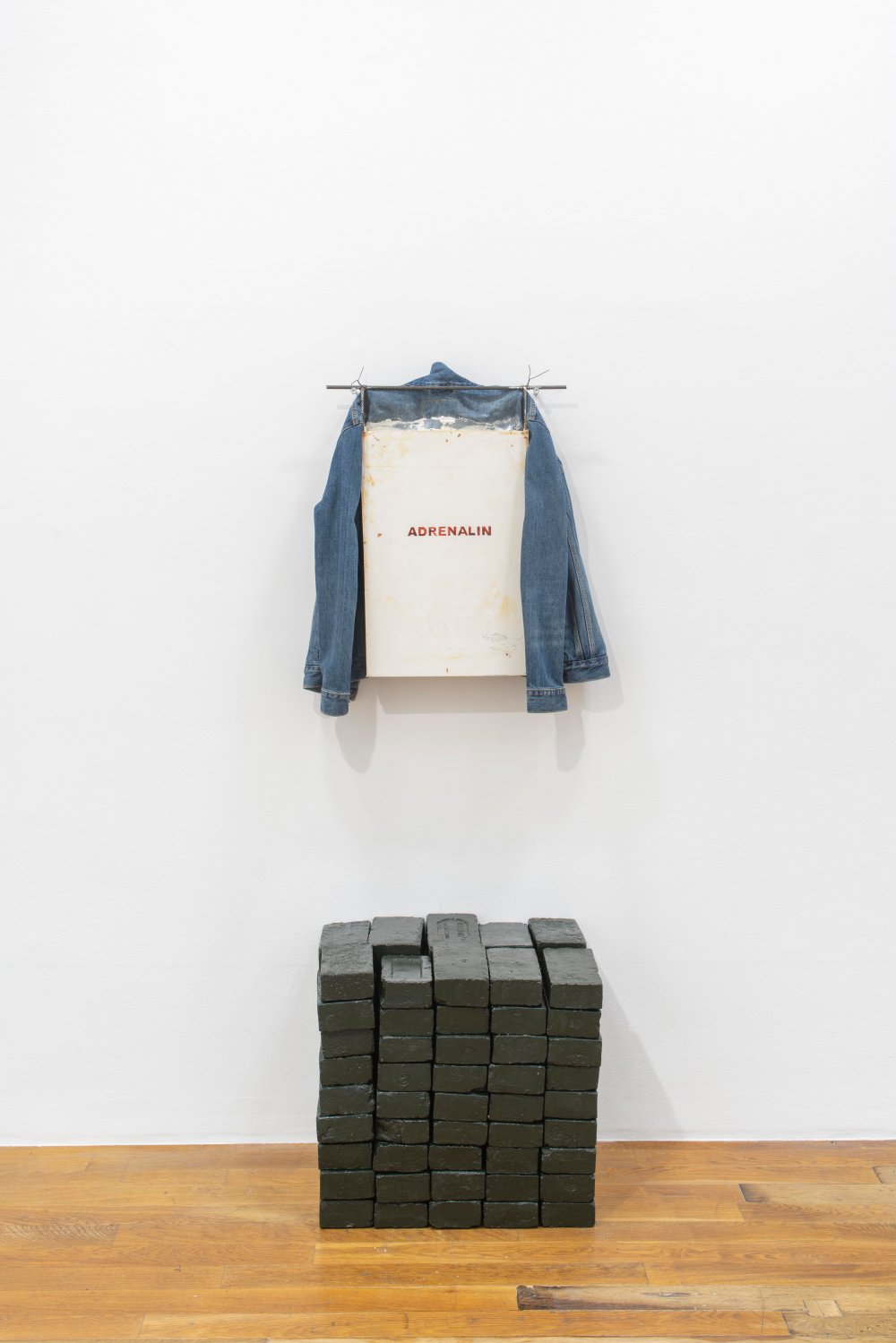 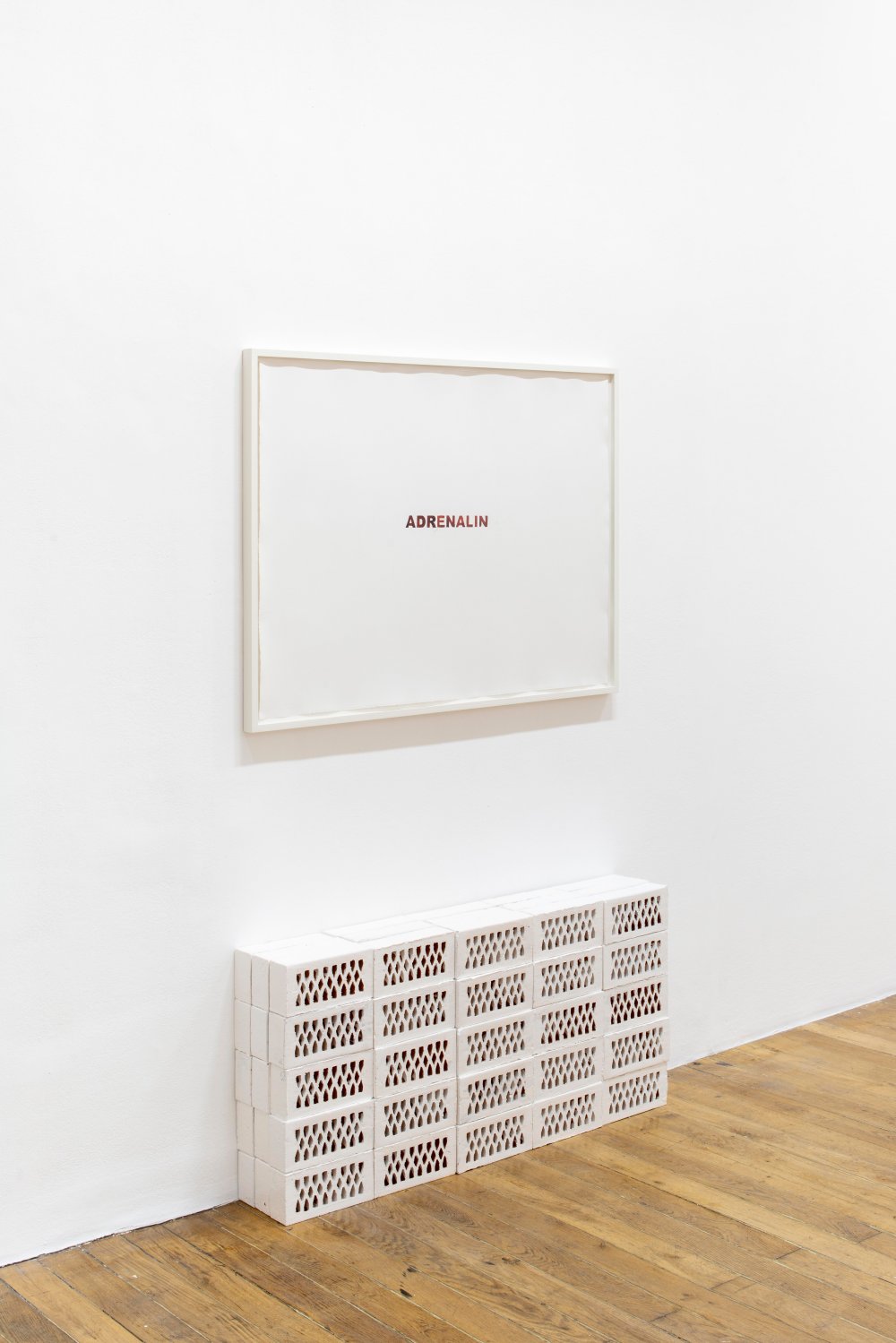 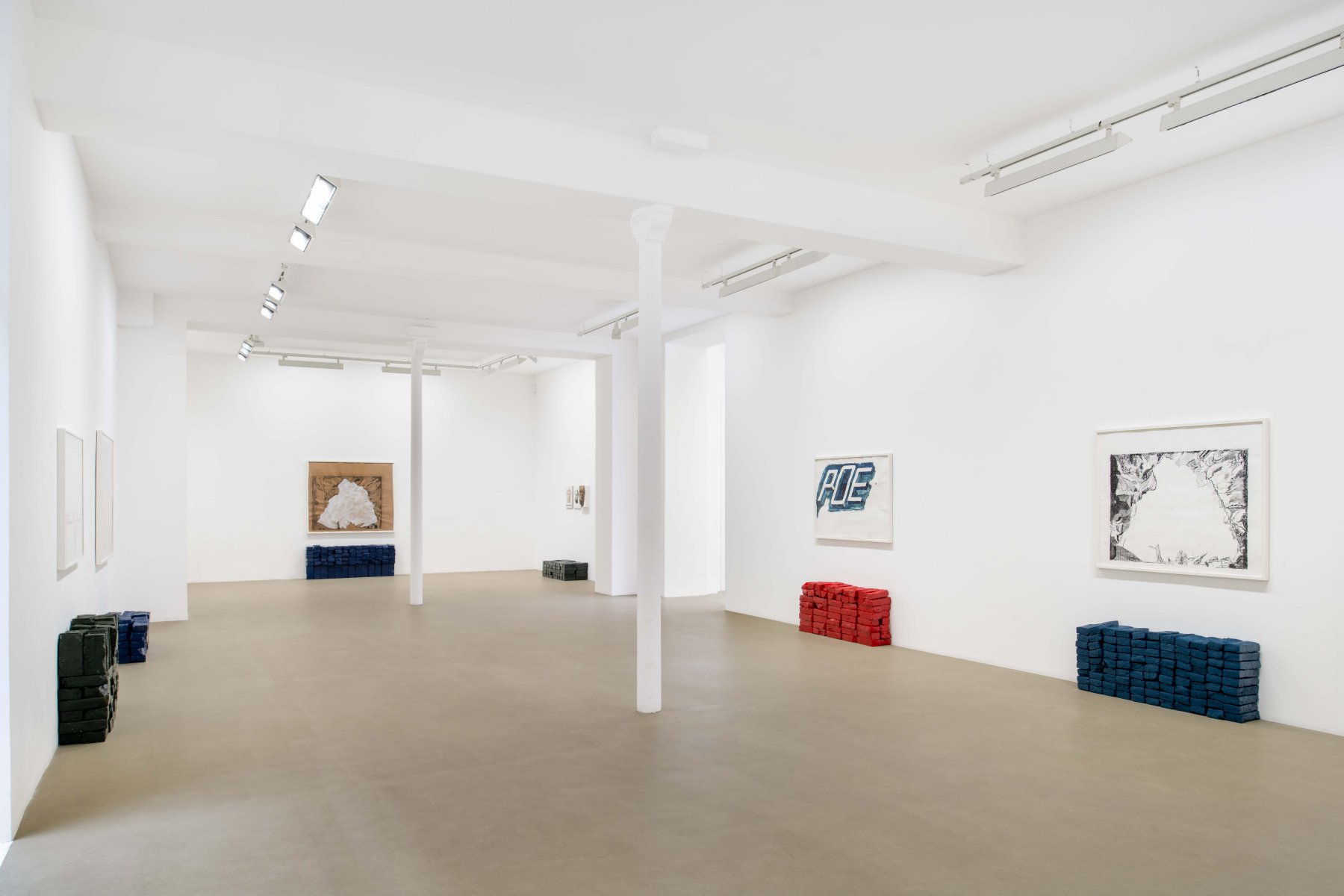 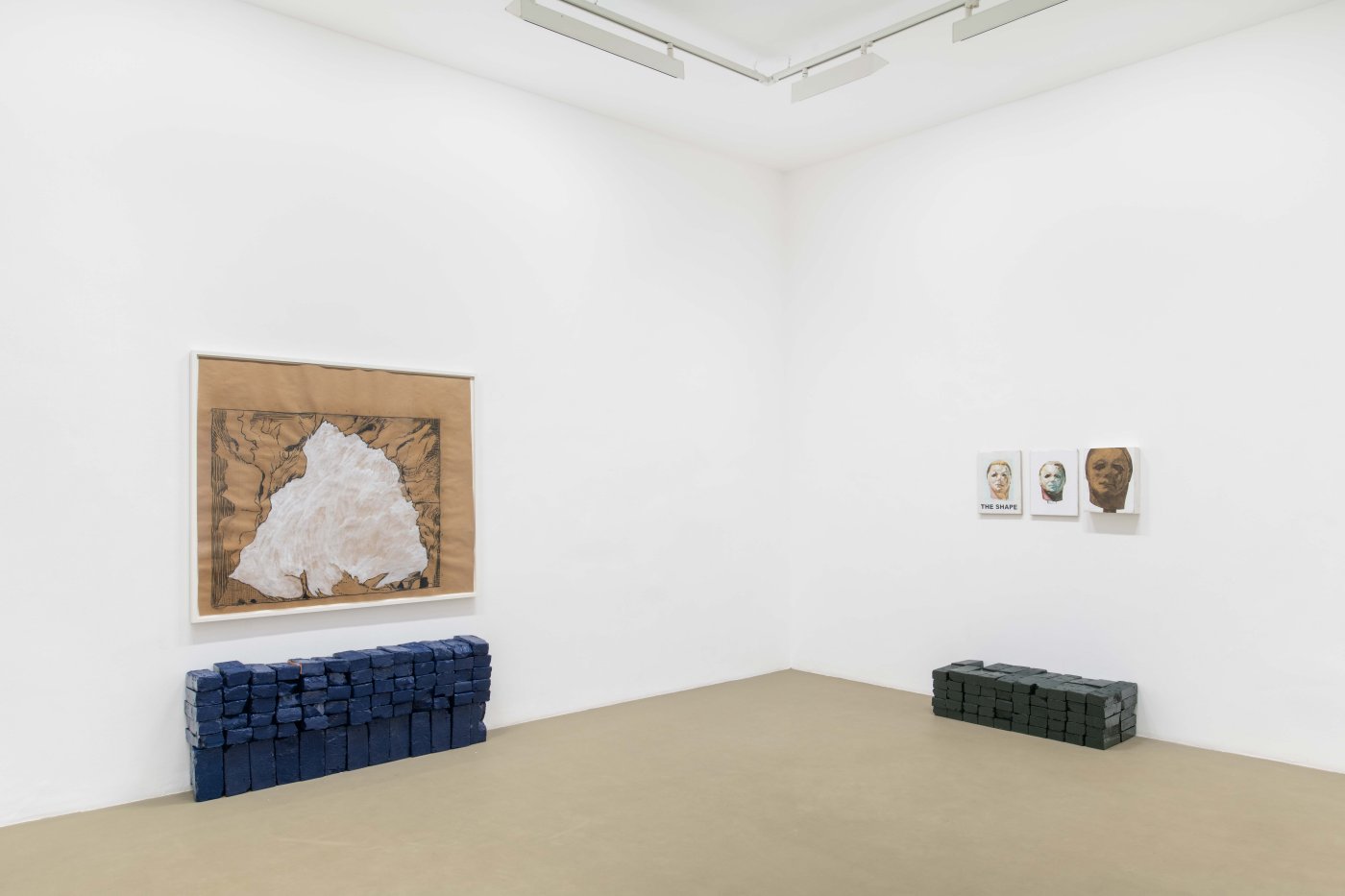 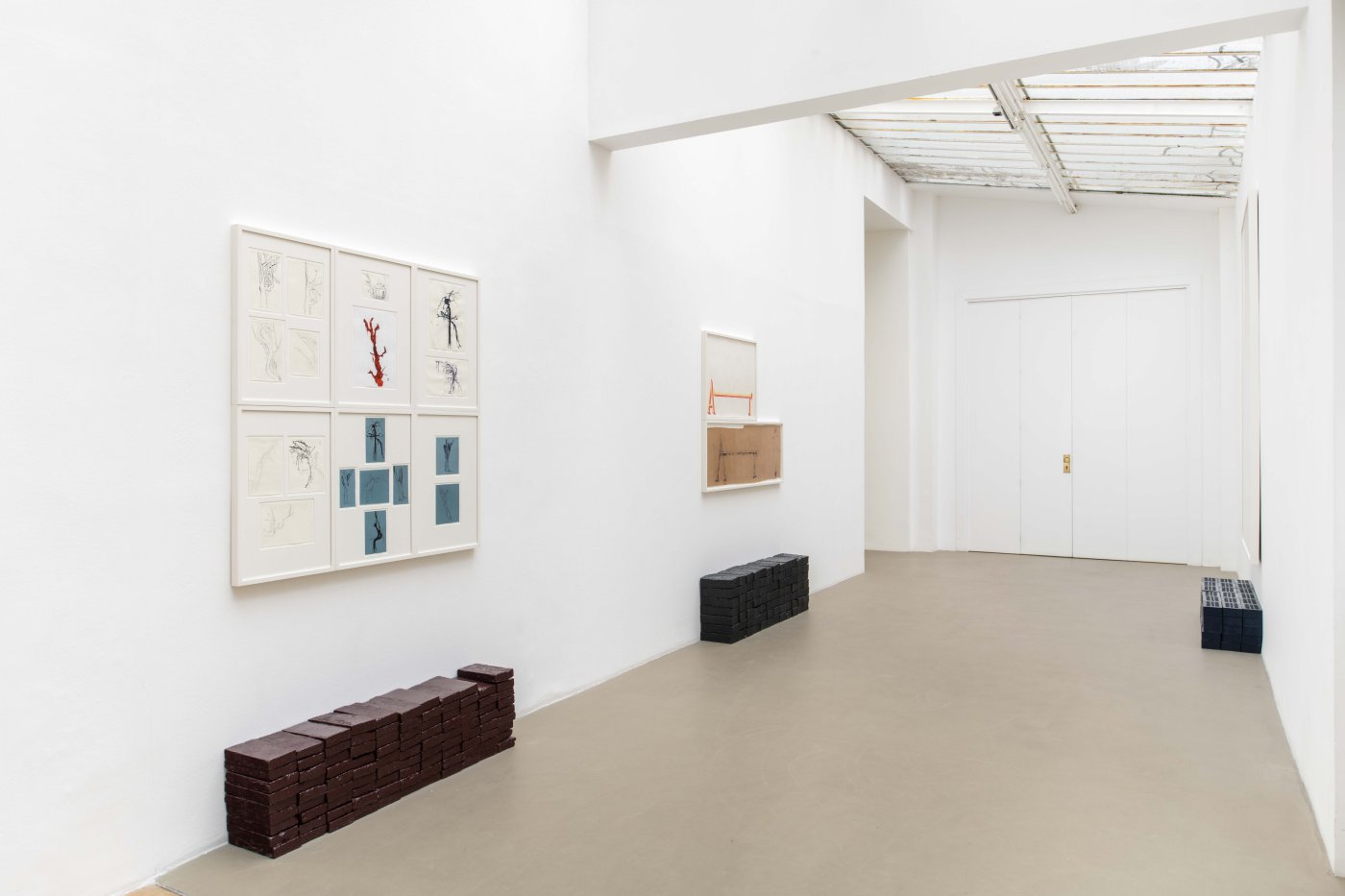 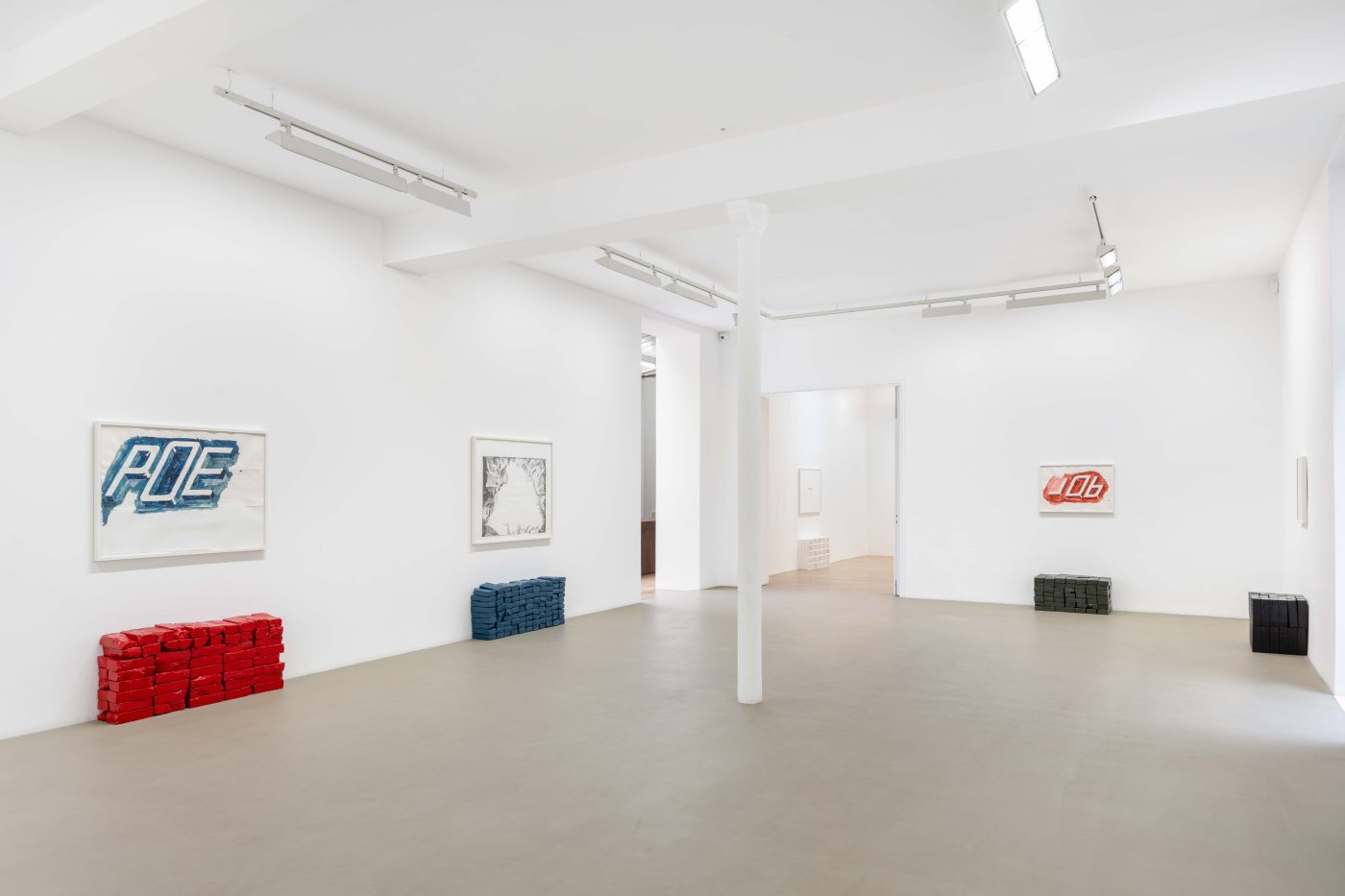 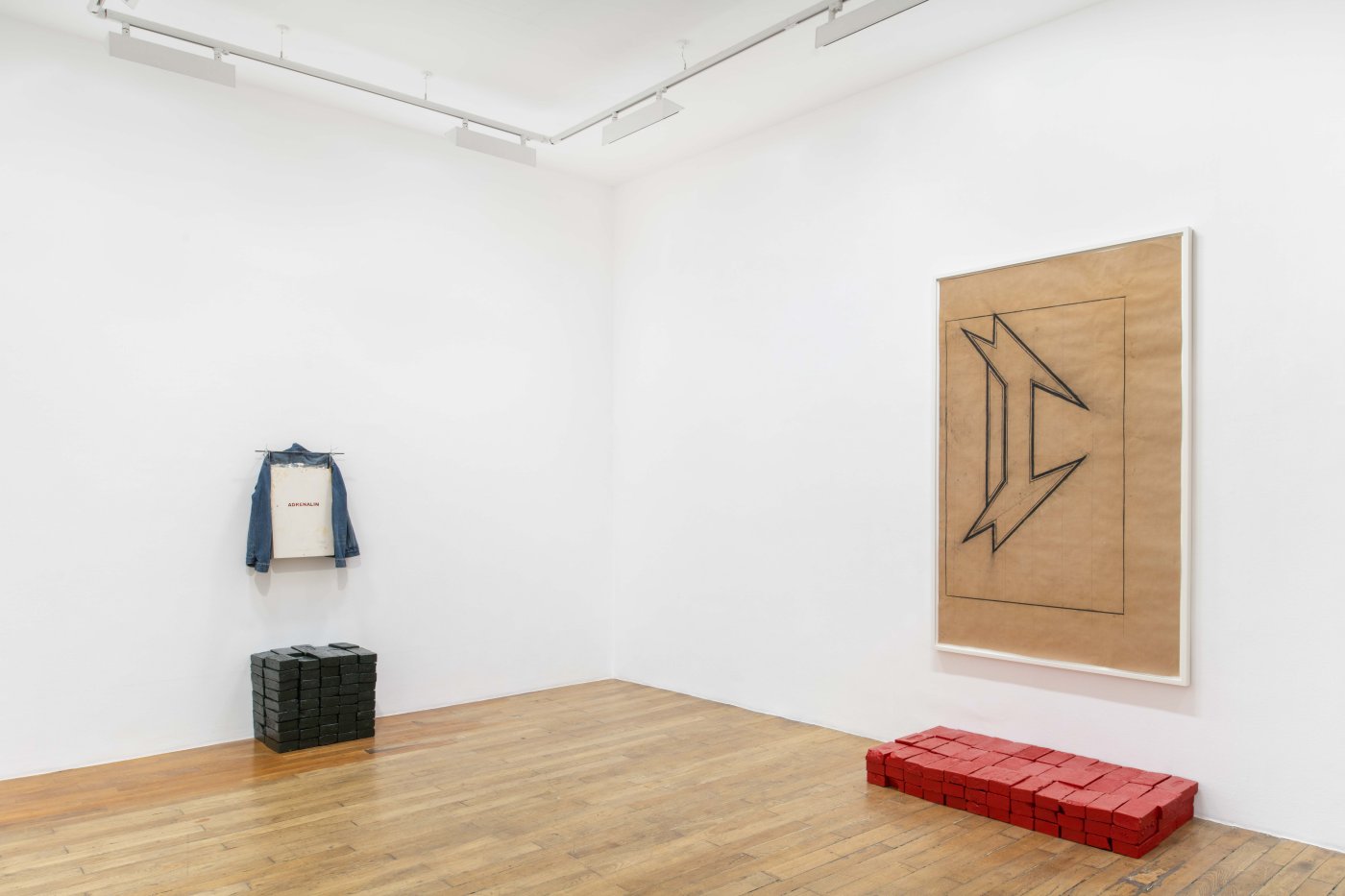 Matias Faldbaken’s practice involves various and often conflicting themes, but seen as a whole, his practice might be summed up by one question: What is antagonism?

Faldbakken’s works hold in perpetual tension the forces of proposition and cancellation, aesthetic generosity and conceptual restraint, the possibility of language and its dissolution into illegibility. A consistent characteristic of his work is a movement towards abstraction through a variety of materials often used in construction or logistics, like garbage bags and flattened cardboard boxes, tiled walls, concrete objects or, more recently, brick sculptures. The “aesthetic products” in his exhibitions are, as Faldbakken said, “the side effects of an artistic strategy that engages readily available possibilities of disengagement”.

Lately, Faldbakken has been exhibiting more of his drawings. He states: “I always considered drawing to be abstract, no matter what. It is a site of both visual promise and immense disappointment. A drawing doesn’t allow you to bluff. Drawing is the most basic meeting between idea, execution and looks. Whatever you ask a drawing to do pictorially will never be answered. The monsters of narration are halted in a drawing. Drawing belongs to the fluid world of not-writing. Drawing is fast, cheap, practical, throw-away, real-time, stone- age, addictive and heartbreaking. Physical materials will strangle intentions. Pictures are drowned in ink. Charcoal is burned out and chokes its motives. Drawing is ridiculous, we know that going in.”

In this exhibition, Faldbakken says, “each drawing comes with a brick sculpture under it, like a dado, a box, a boot or a piece of TV-furniture. A brick is, in essence, a block-shaped “loaf ” of clay, roughly the size of a rye bread, baked—fired—and stacked on top of other bricks. The brick does what it needs to do, and it shows what it does. But then it is lacquered and it gets abstract.”

Matias Faldbakken (born 1973 in Hobro, Denmark) is a Norwegian artist and writer. He studied at the National Academy of Fine Arts in Bergen and the Städelschule in Frankfurt. On the art field the artist uses a range of media, with the main weight on sculpture and drawing. As a writer, he produces novels.

He was first known as a writer with his 2001 novel “The Cocka Hola Company”, which introduced the “Scandinavian Misanthropy” trilogy. The open social critique in his writing is counterbalanced by the deliberate hermeticism of his art, in which materials are worked into what the artist calls “negativistic gestures”.

His work was also shown at the Documenta 13 (2012) and at the Nordic Pavilion of the Biennale di Venezia, where he represented Norway (2005).

Since 2001 Faldbakken has published five novels, for which he has won the Bjørnson Prize, the Norwegian Critic’s Prize, The Norwegian Radio’s Literary Award and the ITB Buch Award. His latest novel is shortlisted for the Nordic Council Literature Prize (2020). His writing is translated into more than 15 languages.