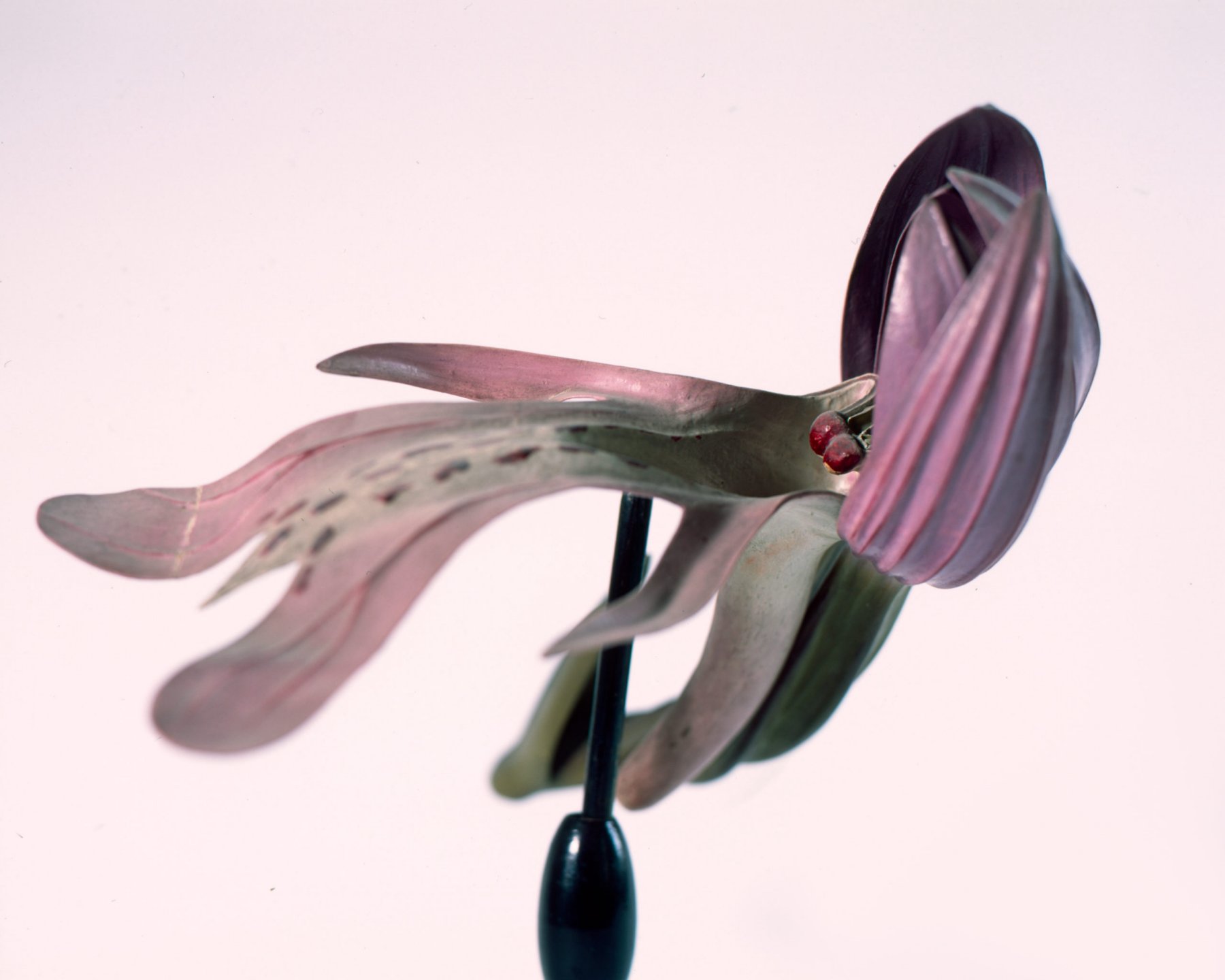 Beyond scientific experiments, delving into a deep unknown, we are only allowed to dream unto them, to imagine vestiges of these flowers, multiplying and extending into ever wider territories, forming the premises of a universe increasingly alien to us.

Matei Bejenaru tests the limits of photography on film, following textures, details, the construction of main and secondary planes of perspective.

Contemporary artist Matei Bejenaru presents for the first time photographs from the series “Models”, in his new solo show at Anca Poterasu Gallery. The works bear the reference of the photographic aesthetics of Karl Blossfeldt (1865 – 1932) whose well-known series of plant portraits detailed plant structures, from stems, to flowers, to seeds. Bejenaru overtakes the direct relation between photography and reality, by confronting the viewer with the representation of a representation instead. The artist renders in his photographs images of plant models from the Faculty of Biology in Iasi, Romania, imported from the German Democratic Republic in the 1970s and 1980s, questioning the rapport between scientific images, art and the speculative fictions that may arise through the camera lens.

The exhibition can undergo a technical reading, according to the artist’s constant focus on the language of analogue photography, as well as a conceptual viewing, given the relationship with the photographed subjects – imitations of the natural world. A third perspective on the “Models” series occurs at the meeting point between science and art, between the real and the fantastic, connecting logical, analytical thread of the photographic technique and rational knowledge with that of the unknown, in mysterious and captivating worlds.

The photographs lend a particular monumentalism to the plant structures, but distance themselves from Blossfeldt’s clinical, architecturally cold allure as seen in his images published in Urformen der Kunst (Art Forms in Nature). The “Models” series is striking precisely because of the variation of depth in perspective, the voluptuousness of the colours and the carnality rendered through the camera lens, which is more akin to the photography of Edward Weston, or Imogen Cunningham.

The works in the exhibition space seem to respond to a perhaps lesser-known reference to Blossfeldt’s images, this time published in the journal “Documents” in 1929-20, where they accompanied George Bataille’s essay “The Language of Flowers” on semiotic analysis. Both the scientific and aesthetic meanings of macro photographs are hijacked by Bataille’s philosophical text who blatantly states that “even the most beautiful flowers are spoiled in their centers” once their anatomy is explored. Matei Bejenaru does not idealize the form of the models represented in purely architectural structures, nor does he regard the sensuality or hidden eroticism of flowers as phenomena dissociated from the pleasure of the eye to perceive even bizarre and quasi-human forms as Bataille’s alternative suggests.

However, the artist responds to the surrealist impulse to make associations from the plane of the image in a mental space of all possibilities, to allow photography to insert precisely through an exact technology, unreal elements created by the difference in the relationship between nature perceived by the eye and nature perceived by the camera lens, in the words of Walter Benjamin.

Following this thread, it is only once one gets close to the details of the photograph that one can grasp the artificial nature of the plants depicted, again shifting perspectives in reading the images. Fine cracks, supporting structures, the plasticity of some petals aid in deciphering the sculptural models withing the photographs. These teaching tools have been widespread in Europe since the end of the 19th century, allowing a more accessible way of studying botany, than through the use of microscopes. Made of papier mâché, plaster, wax or wood, the models often represent spectacular, anatomical surveys of flowers, following the scientific fascination for detail, the classification of the natural world by means of taxonomy and the illusion of human control over the environment. (Models have contributed over time in European history not only to the understanding of particular botanical physiognomies, but also to the study of altering plant structures, either through the destruction of ecosystems in the so-called “flower hunt” or through the introduction of plant species in non-native habitats.)