Fergus McCaffrey presents Sadamasa Motonaga & Natsuyuki Nakanishi: Counterpoints of the Japanese Avant-Garde, an exhibition pairing two of the most important post-war Japanese artists to emerge to the attention of the West in the past generation. The exhibition features the raw and expressive work of Sadamasa Motonaga from the late 1970s, alongside the early 1990s analytical and philosophical gestural paintings of Natsuyuki Nakanishi—critical periods as these senior artists continued to map their respective investigation into material, technique, performance, and culture. 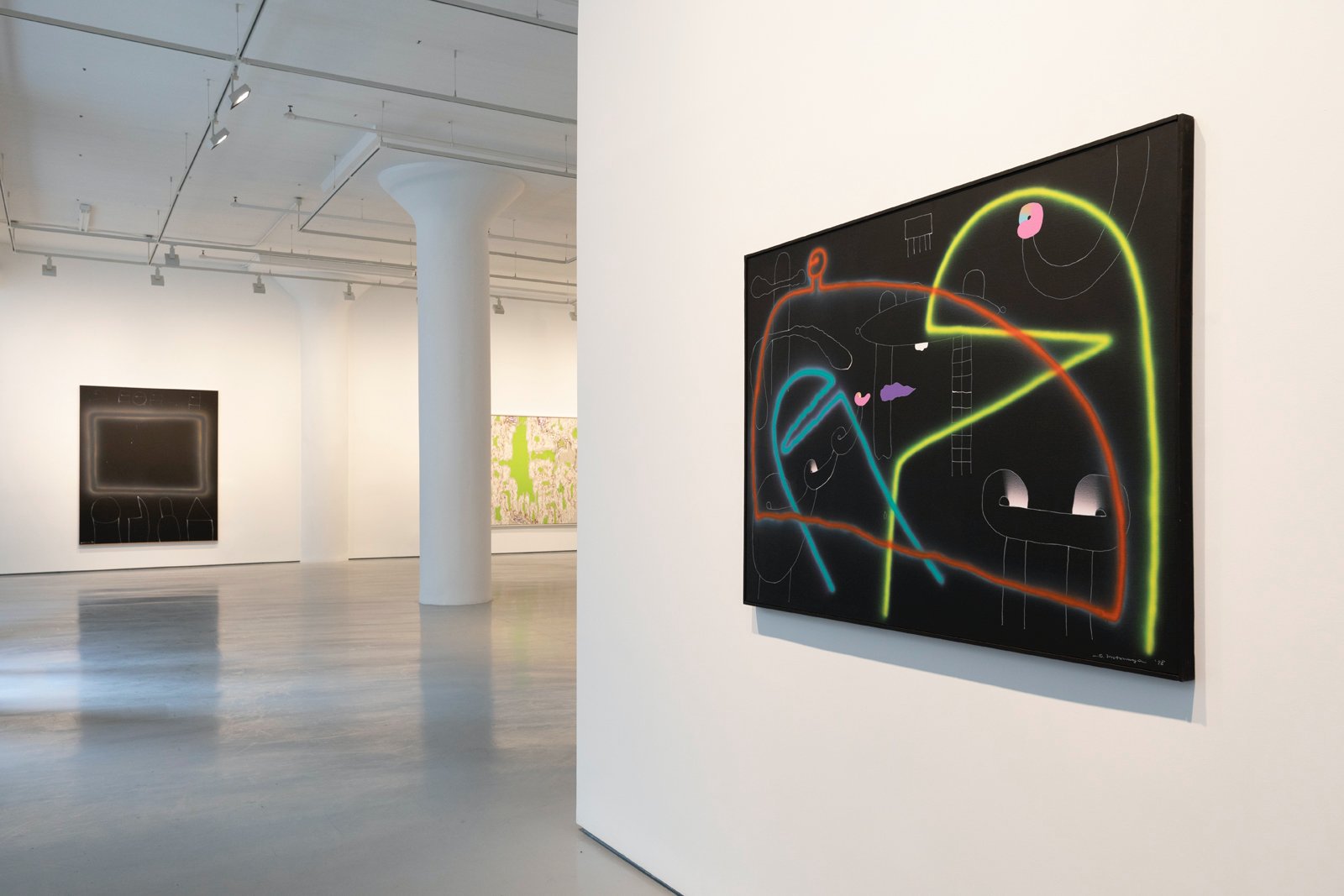 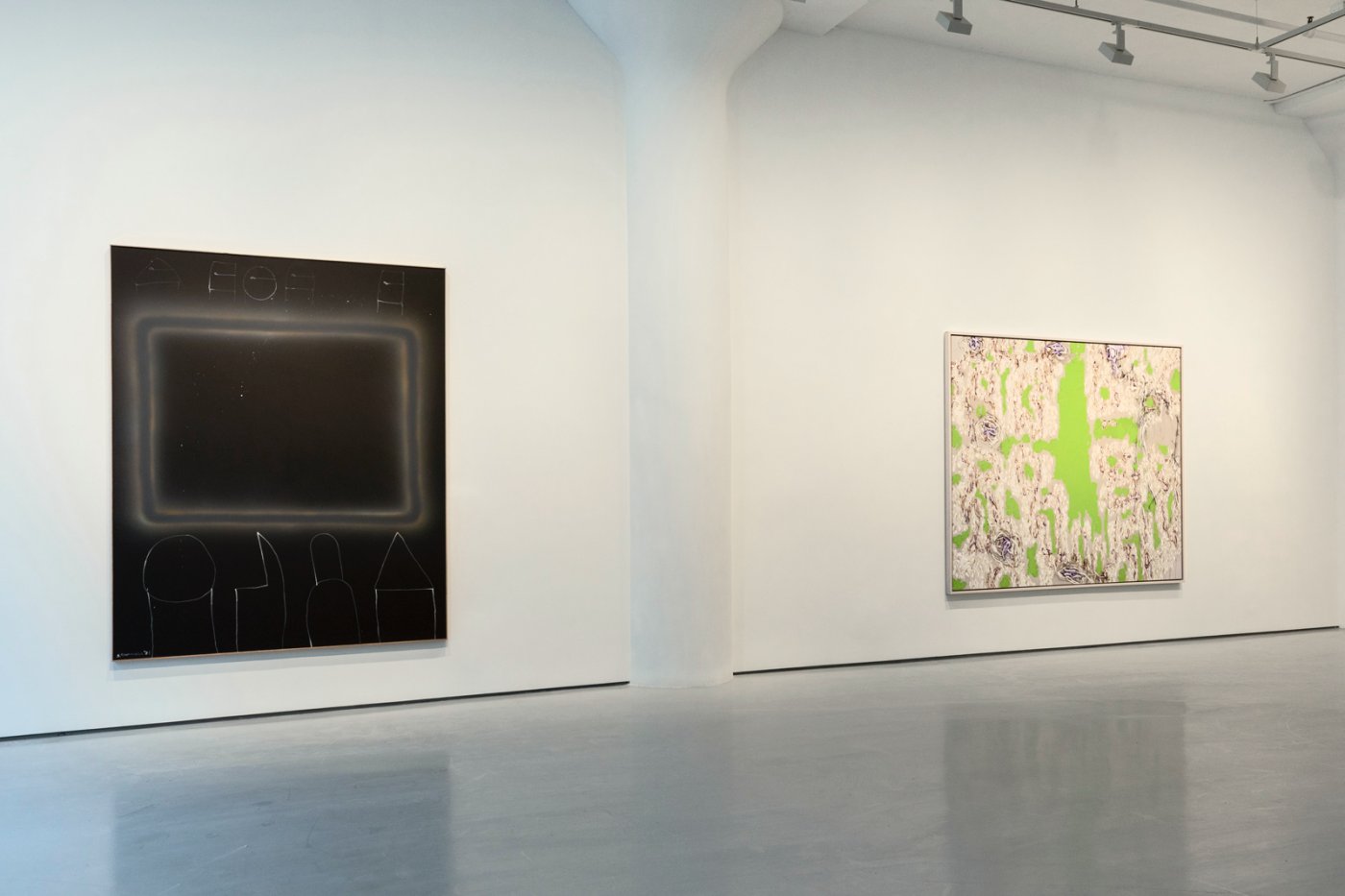 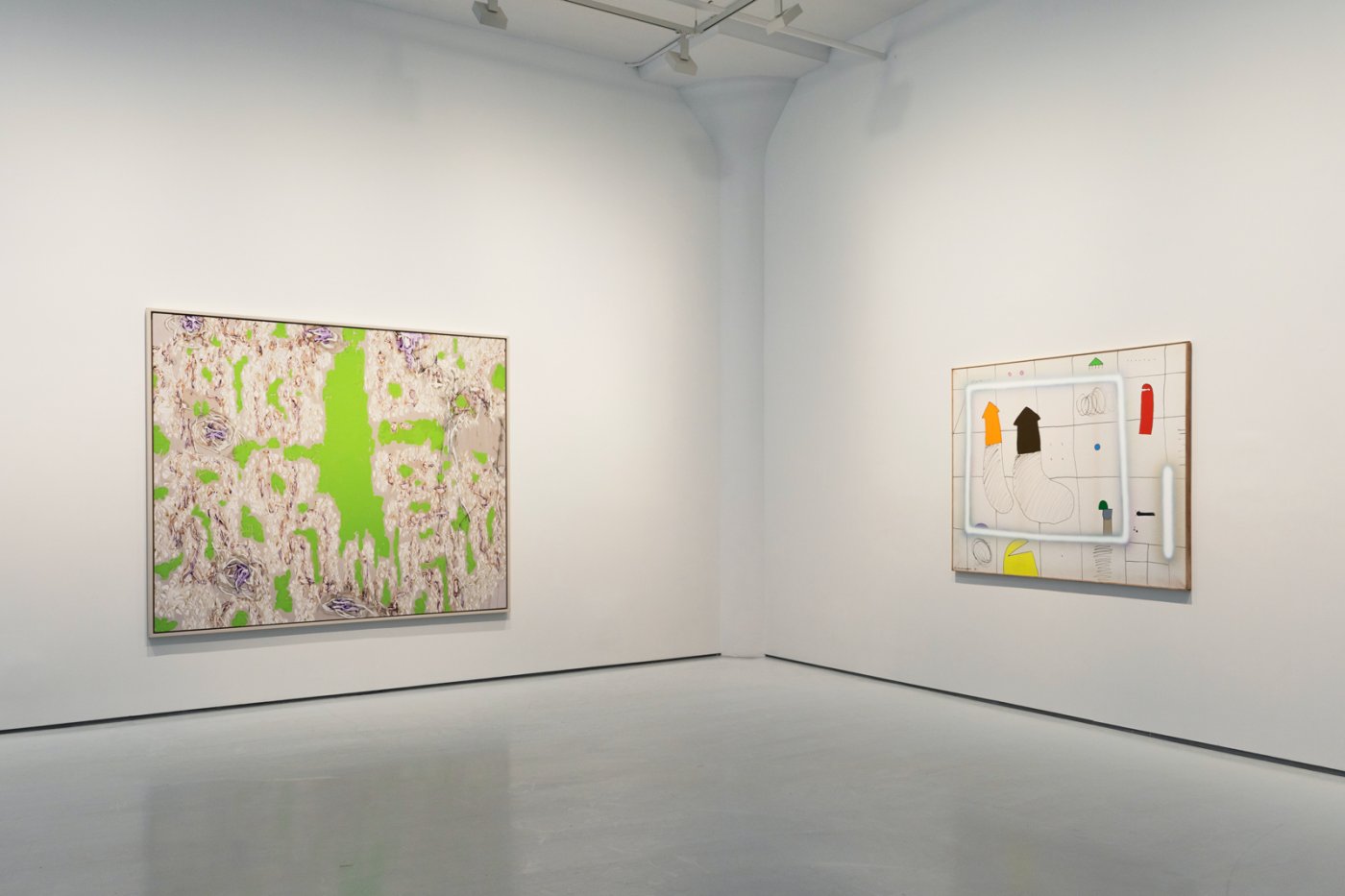 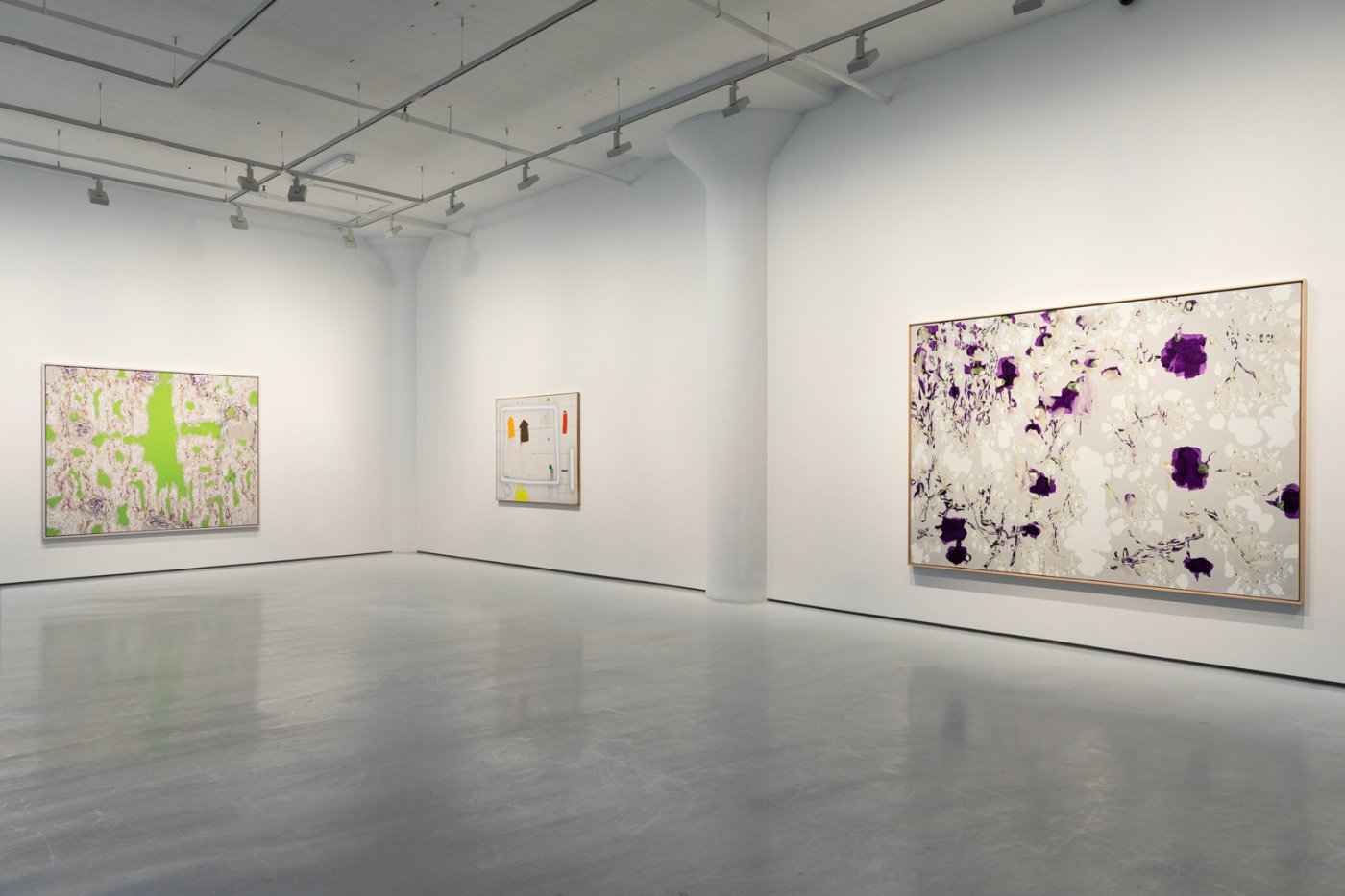 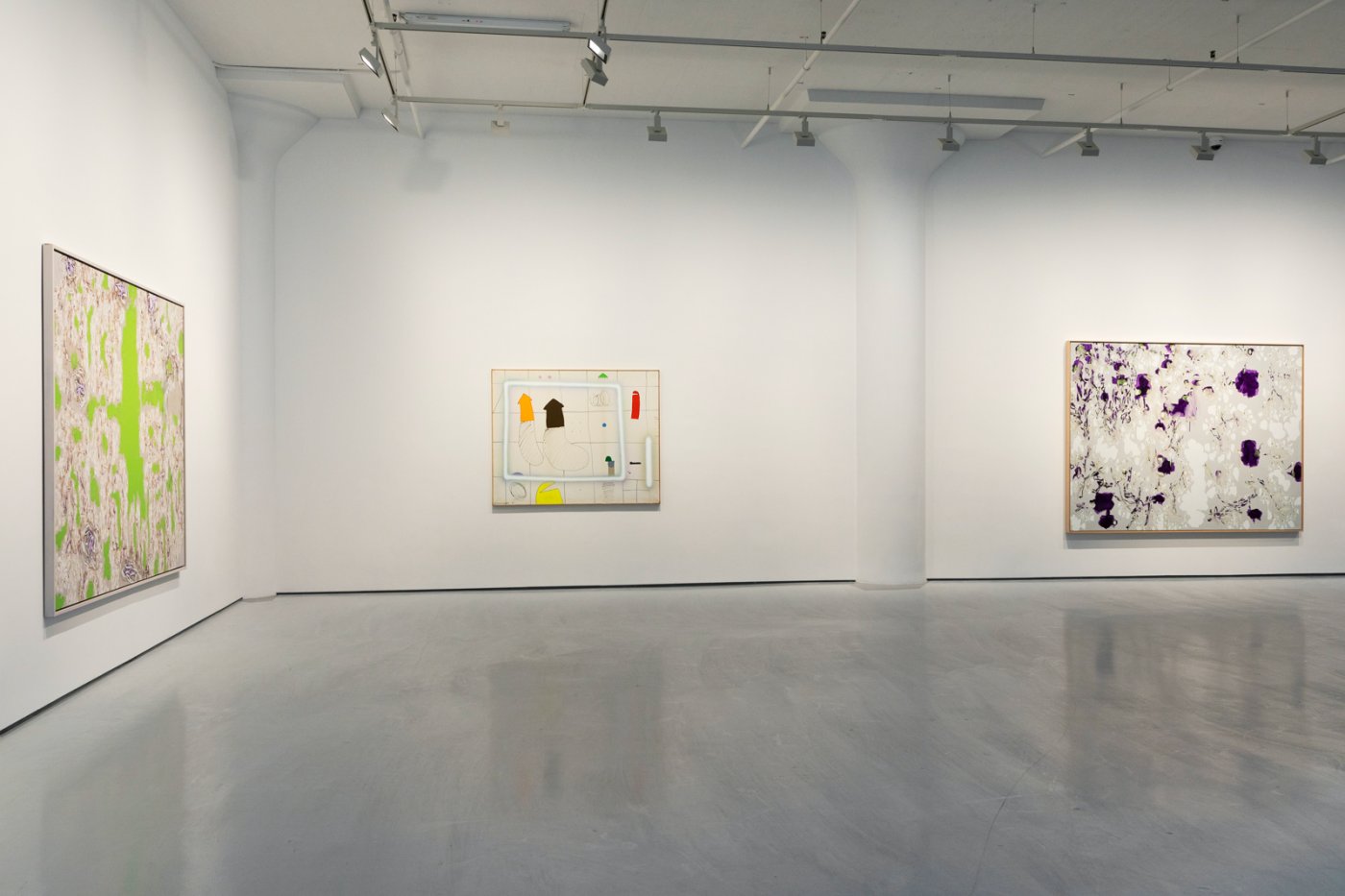 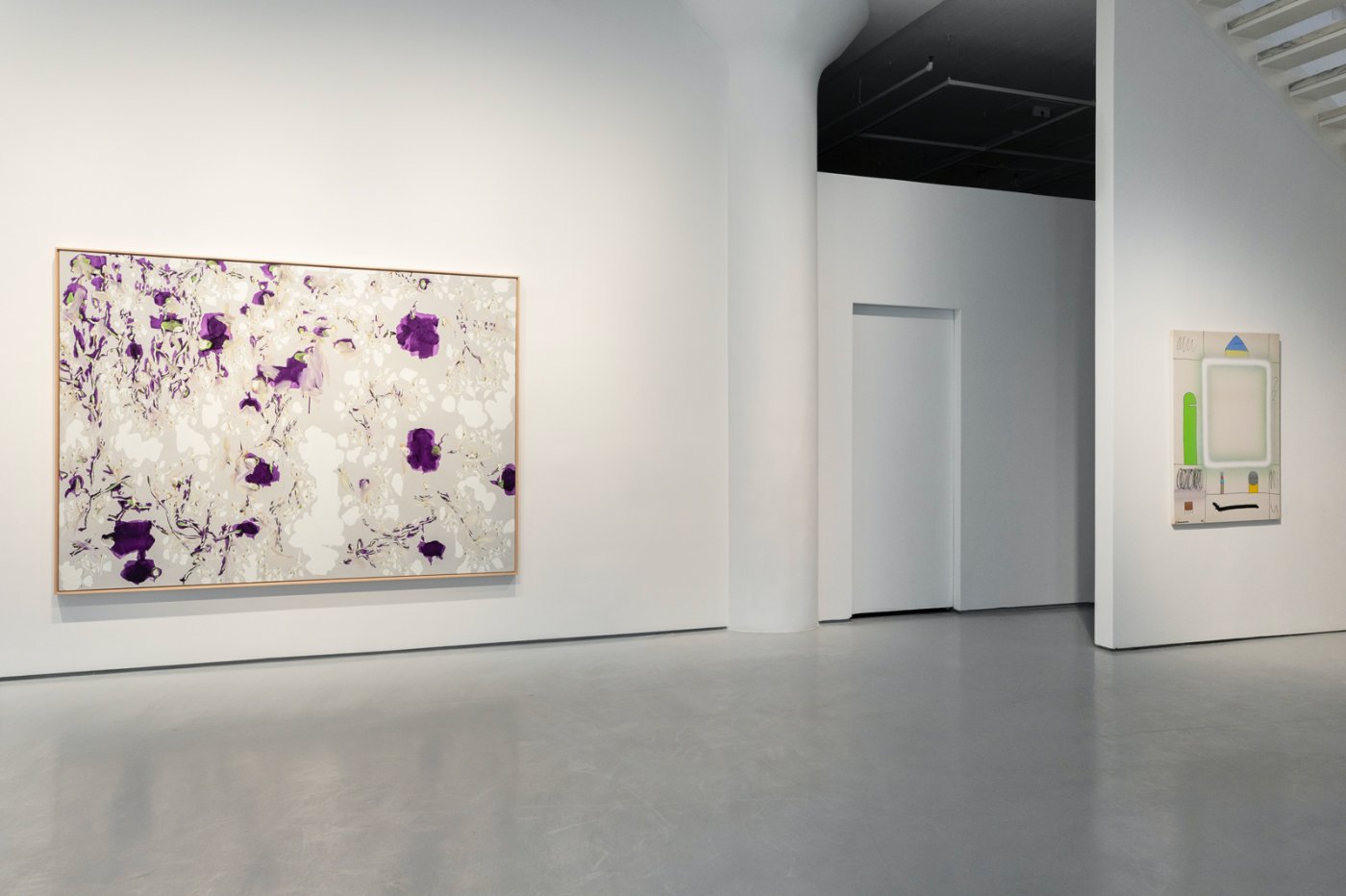 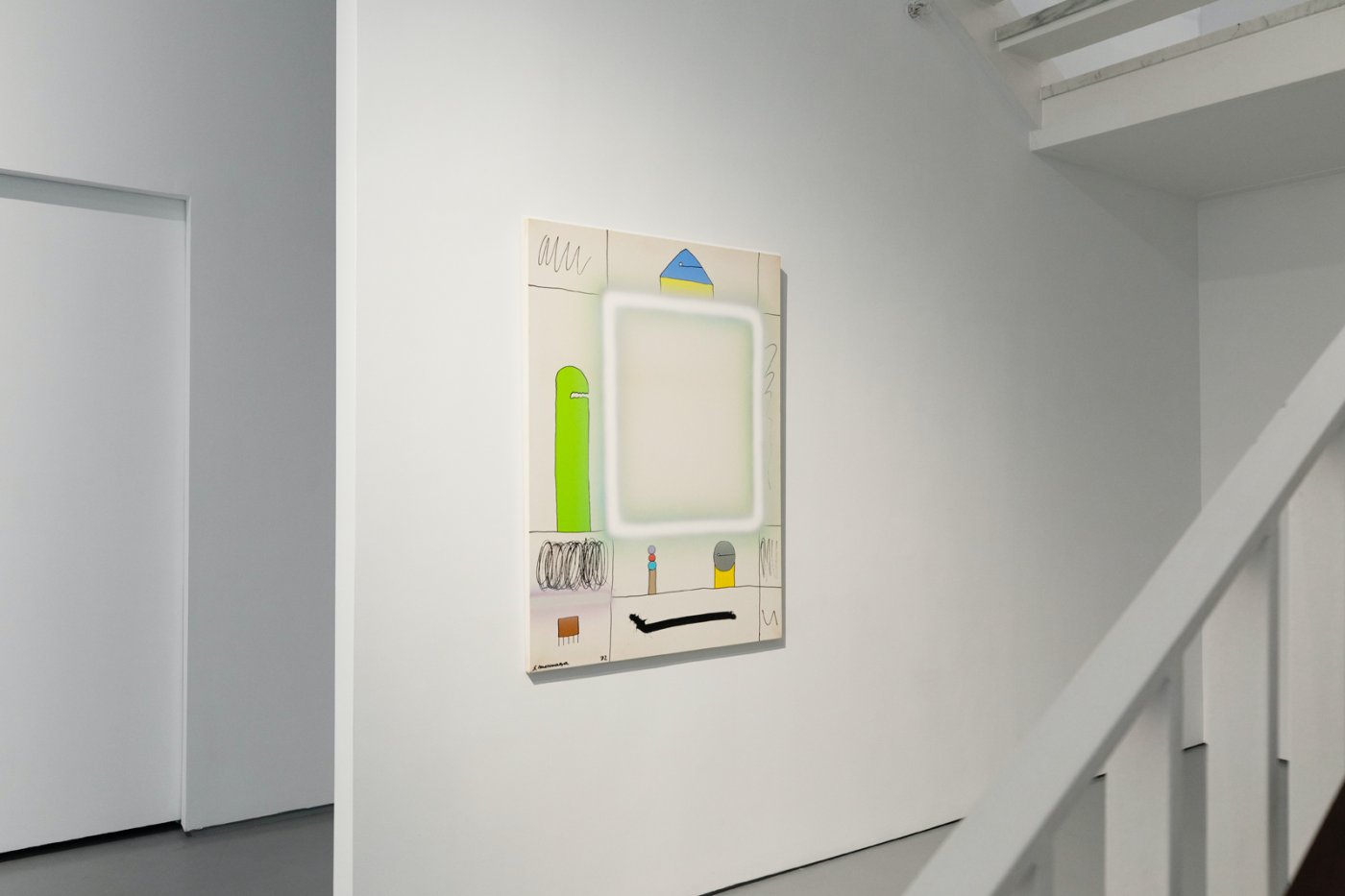 Motonaga (1922–2011) was a largely self-taught artist of the people and the founding (and only) member of what he deprecatingly called Aho-Ha or the “Idiot’s School” of Art. Nakanishi (1935–2016) was Professor of Painting at Tokyo National University of Arts and Music, and the maker of cerebral abstractions in rather monastic circumstances. Given their contrasting philosophies and identities, each artist came to occupy diametrically opposed aesthetic positions and pushed the development of painting in very different directions; yet, their divergent practices emerged from the same ashes of World War II as well as their embrace of unparalleled freedom of artist expression; which came to include painting, sculpture, performance, and theatre.

Motonaga was an extrovert from the rural hills of Mie Prefecture, the home of the Ninja. In the late 1940s and into the 50s, he made his living variously: as a ballroom dancing instructor, a railway worker, and a manga artist for regional and national publications. His apotheosis in the Gutai Group in 1955 took the form of his legendary colored water and plastic tubing installation, Mizu, which was accompanied by heavily textured paintings of simple shapes like speech bubbles, and stones and pictograms in primary colors, that drew inspiration from popular culture and children’s art. His poured painting technique crystalized in 1958, in which the anthropomorphic nature of his work became almost entirely camouflaged. A year-long residency in New York City in 1966 and the adoption of airbrush technique began a new chapter in his aesthetic development and the return of figures, which culminates a decade later in an astonishing group of paintings exhibited at the gallery. These feature a bold graphic style, freehand airbrush, Schrachitti, and abstract brushwork all brought together on monochrome flat canvases in a striking reflection of the emerging global convergence of street art, bad art, and high abstraction in the work of Jean-Michel Basquiat, Keith Haring, Albert Oehlen, and Martin Kippenberger, among others. In Japan, Motonaga’s style and erasure of barriers between high and low art would later be codified as Superflat. His work is resolutely apolitical, optimistic, humorous, and energy giving.

Motonaga has been the subject of many retrospective exhibitions in Japan, most notably at the Hyogo Prefectural Museum of Art, Kobe, 1998; Hiroshima City Museum of Contemporary Art, 2003; Nagano Prefectural Shinano Art Museum, 2005; and Mie Prefectural Art Museum, Tsu, 2009. The first retrospective of the artist’s work in the U.S. was held at the Dallas Museum of Art in 2014, alongside that of his Gutai colleague Kazuo Shiraga. His works were included in Japanese Art After 1945: Scream against the Sky, Guggenheim Museum, SoHo, 1994; and Tokyo 1955-1970, The Museum of Modern Art, New York, 2013.

Nakanishi grew up in Tokyo where he attended Tokyo National University of Arts and Music. The textural quality of his early works, such as Map of Human (1959), which is composed of paint, enamel, and sand, evoke a sense of the archaic, meanwhile suggesting contemporary concepts of cell structure and DNA paths. The materiality of such compositions are in keeping up with the developments of international art of the period, such as that of Robert Ryman and Piero Manzoni. Nakanishi’s 1960s Compact Objects—egg-shaped resin sculptures containing mundane objects such as a sneaker, a broken watch, a mirror, and rusted gears—place a sense of fossilized human detritus at the center of his work. These objects were an integral part of the Yamanote Line Festival in 1962— an early precursor to the actions of Hi-Red Center. Nakanishi’s interest in theater and his involvement in set design and art direction for Butoh dancers, Tatsumi Hijikata and Ushio Amagatsu, further affected his thinking, pushing him into philosophical and aesthetic subjects pertaining to painting and performance. This analytical thinking and experimental practice resulted in a radical reconfiguration of the terms of art-making in a restricted palette of whites, grays, purples, and greens. In the 1980s, Nakanishi adopted the use of extremely long handled brushes to increase his distance from the canvases and restrict the fluency of his stroke. The resulting works have mesmeric compositional dynamics and rhythm that are driven by the artist’s variegated all-over mark-making, embrace of chance, and intentionally expressive awkwardness.