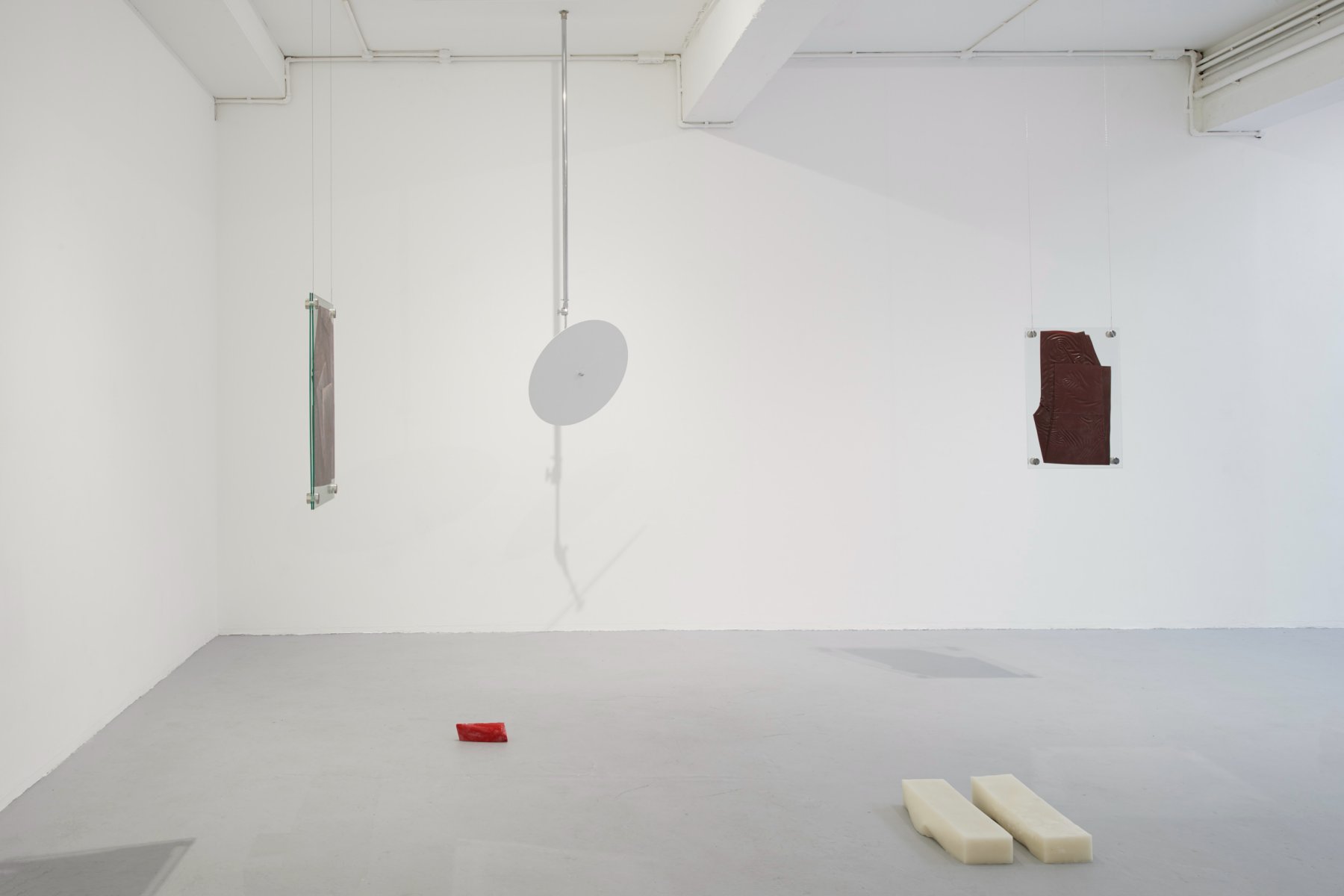 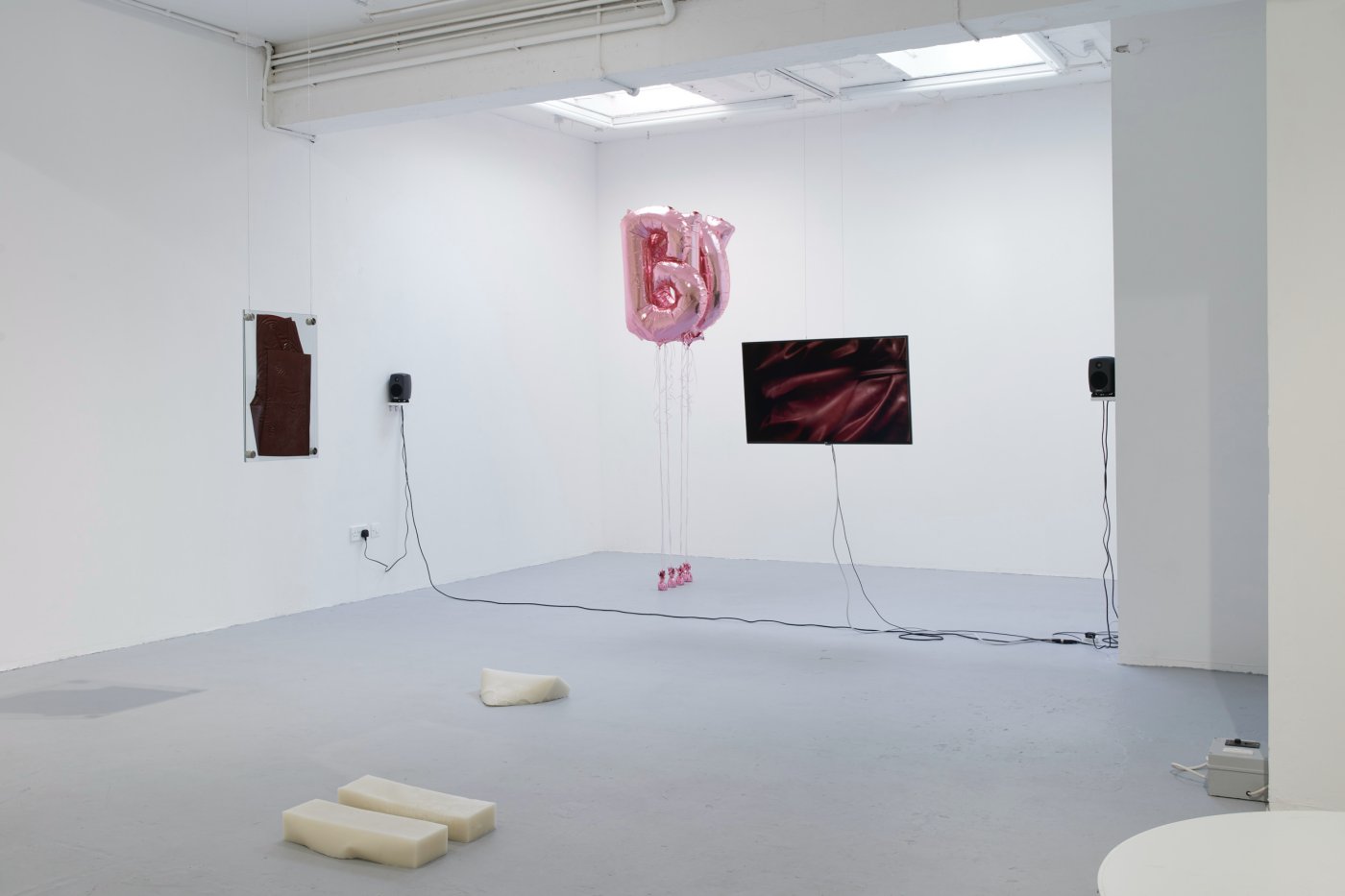 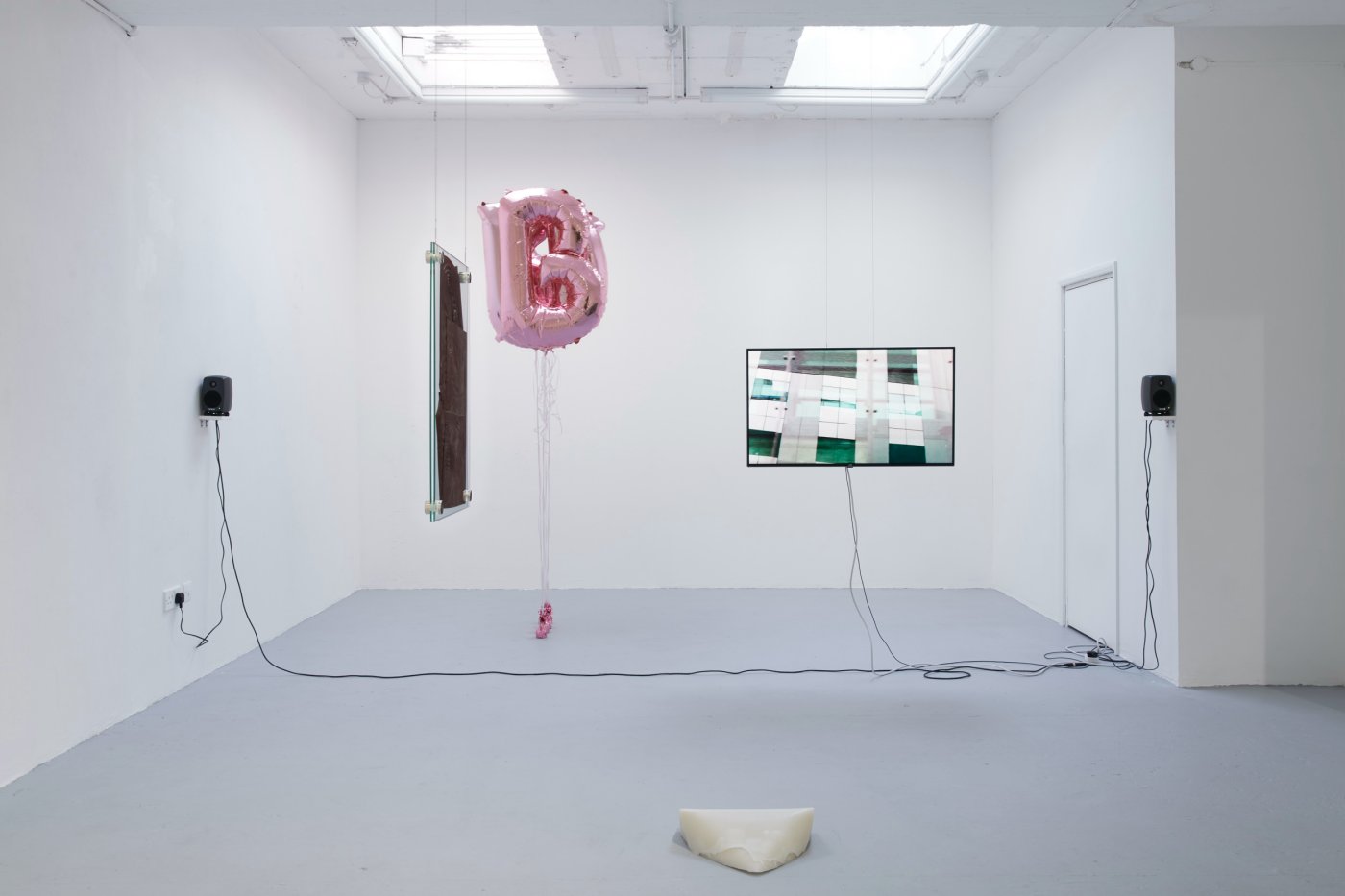 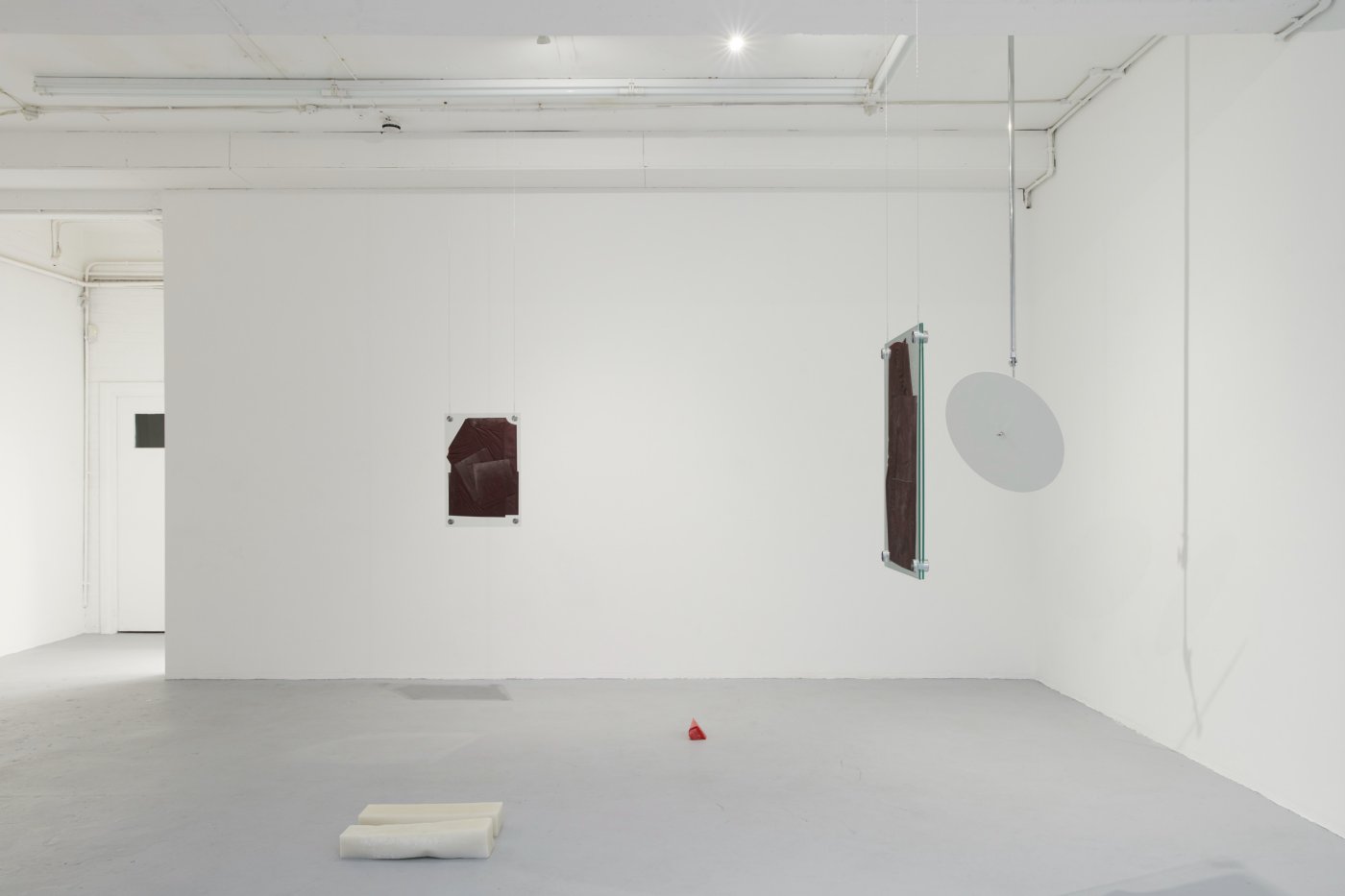 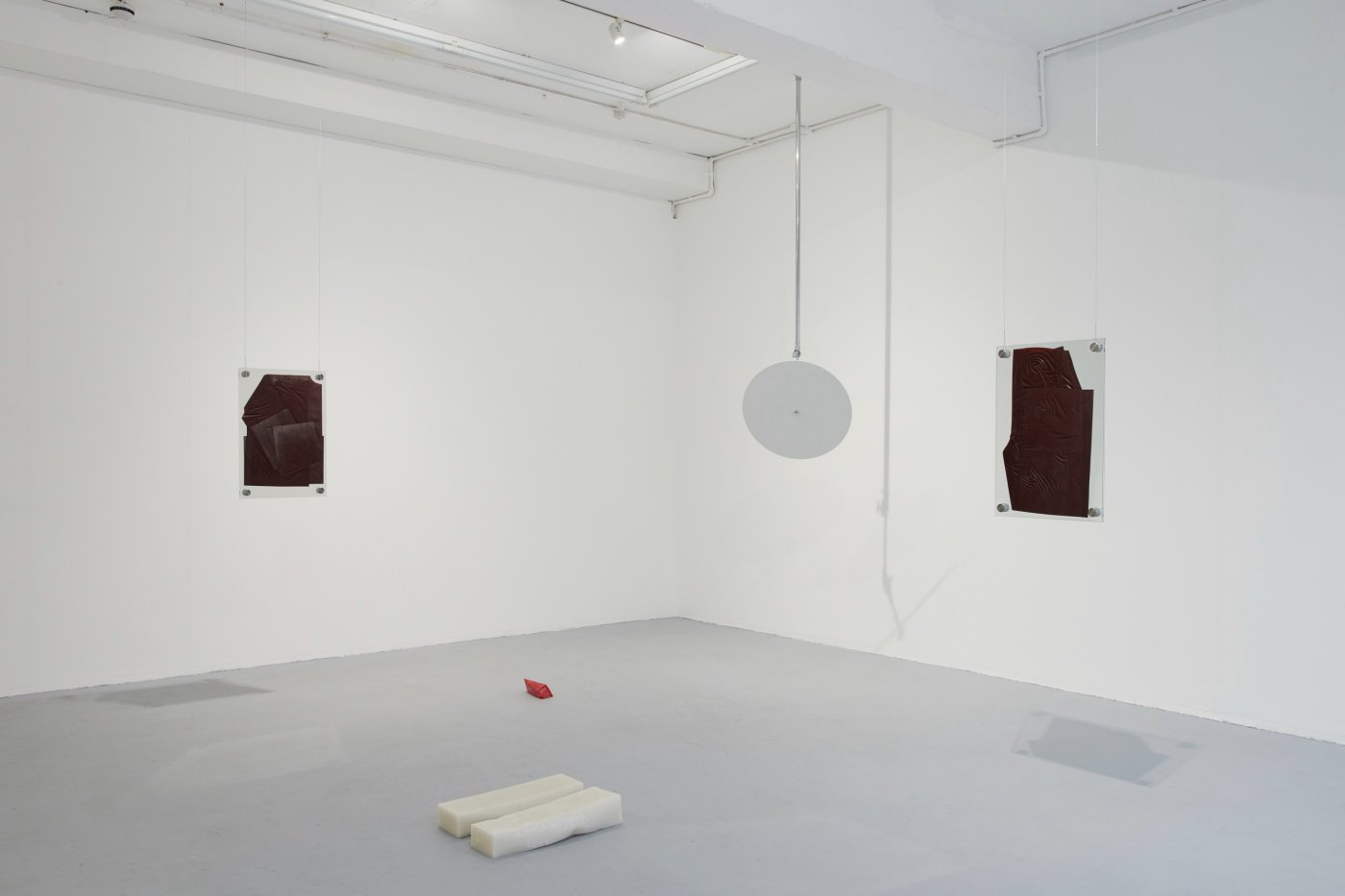 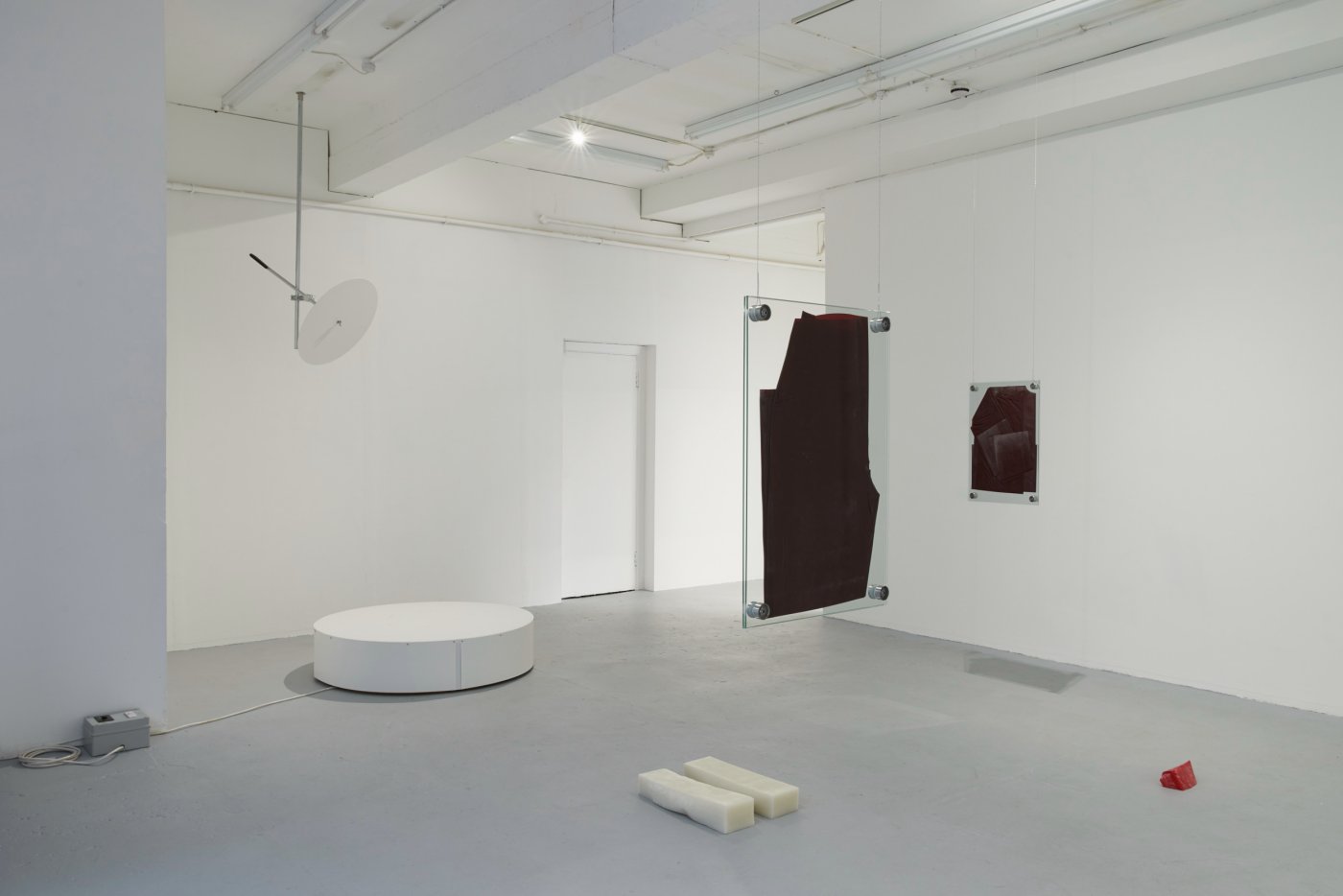 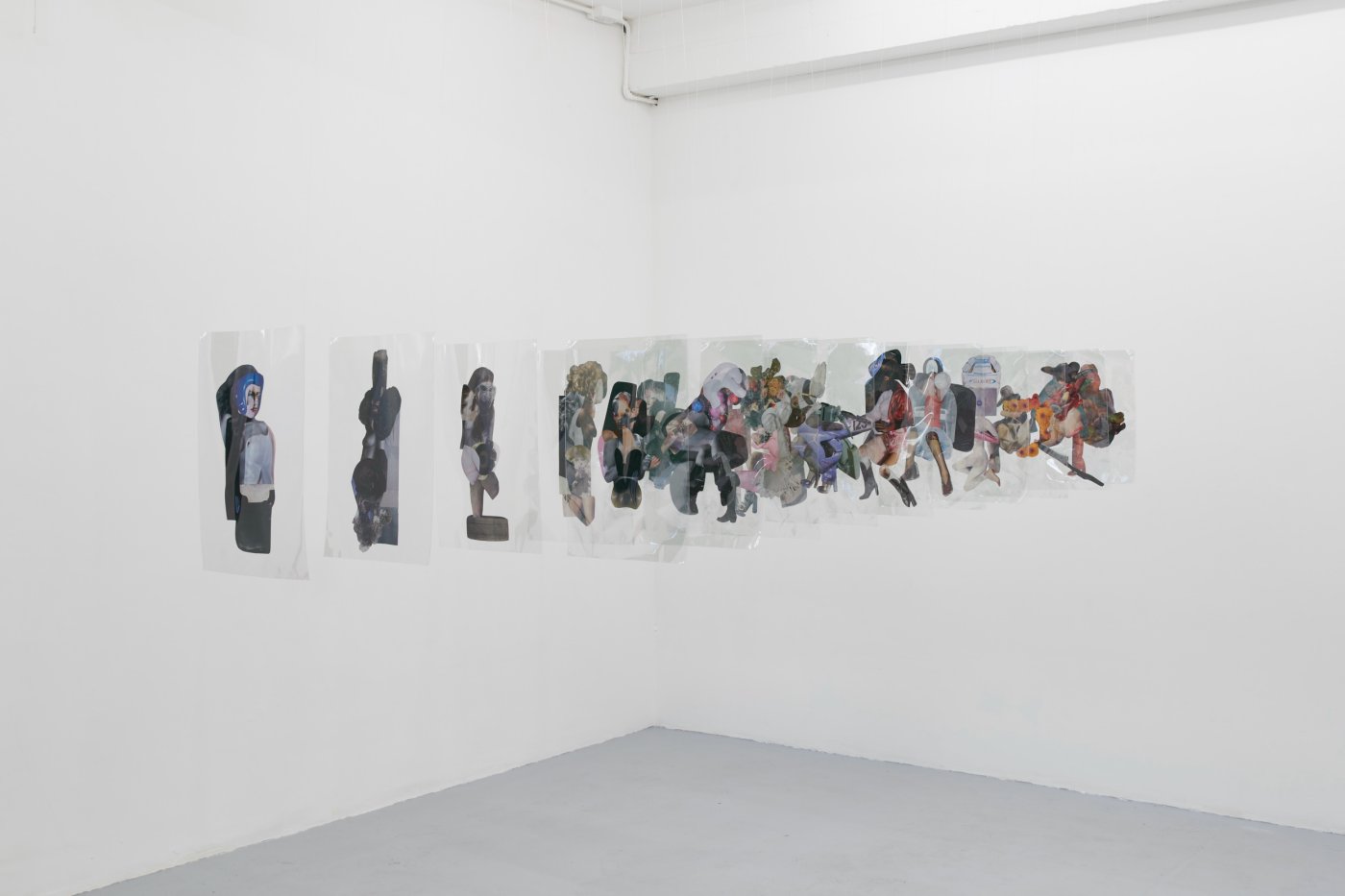 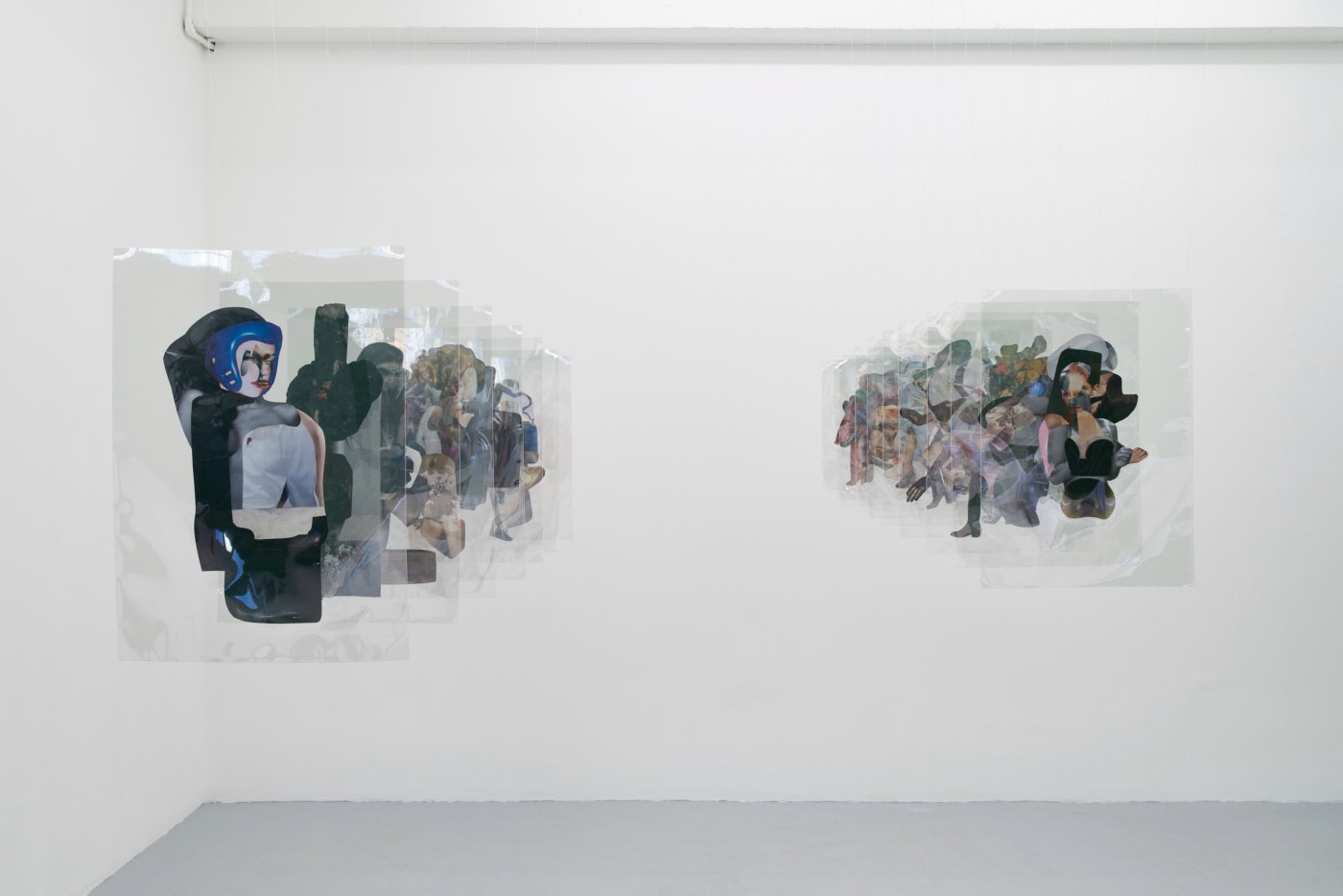 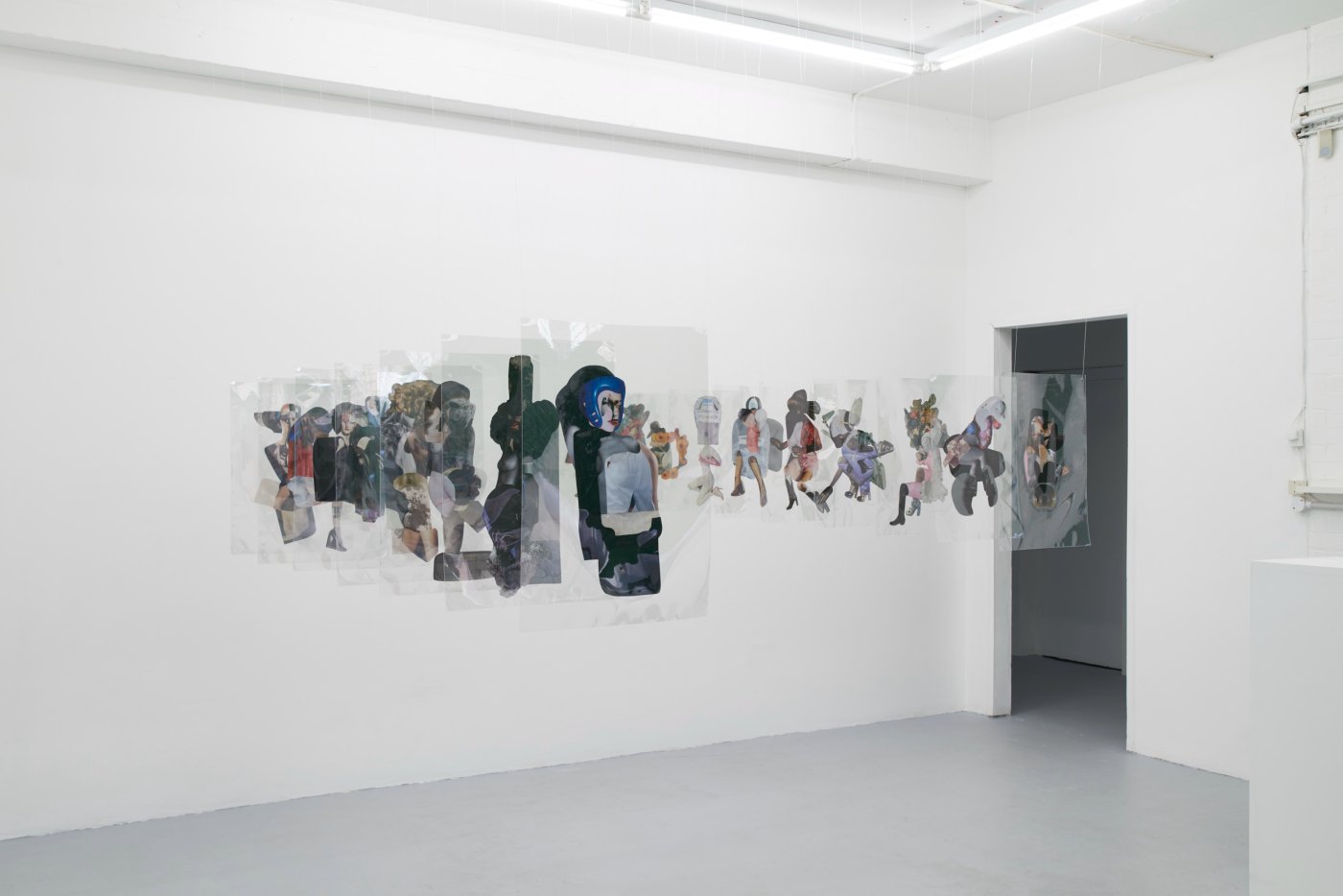 Comprising sculpture, collage, film and a live programme of performances, BUOY considers the body as a system of lenses, mirrors and edges. Throughout this new cycle of work, the body moves as a liquid perspective, stretching through emotional and physical densities, elasticities and compressions.
Actions of layering, overlapping and de/re-constructing inform the installation as a whole, such as in a new series of collages, in which Hurrell cuts up and rearranges fragments of glossy magazines to create hybrid portraits that play with notions of femininity, identity and memory.
Similar ideas are being explored in PERISCOPE, a performance for camera captured in the City of London during the third Lockdown in 2021. The film choreographs a text read by an automated voice, processed vocals and moving images shot with four cameras. Articulating a movement of language and a language of movement, PERISCOPE conflates antithetic registers of technology and flesh, intimacy and alienation, the surveyor and the surveyed.
Accompanied by a programme of performances featuring live actions, costumes and sound improvisations, BUOY decompresses and rearranges its own elements through physical interventions that bring the exhibition into a celebratory present.

Mary Hurrell (b. 1982, South Africa) is an interdisciplinary artist working across sound, performance and sculpture to explore choreography of the body. She is interested in forms of movement as language in relation to physical and psychological experience.