Workplace presents an exhibition of new photographs from Marwan Bassiouni’s ongoing series New British Views, in which the Swiss artist captures the English landscape as framed by the windows of mosques and Islamic prayer rooms. 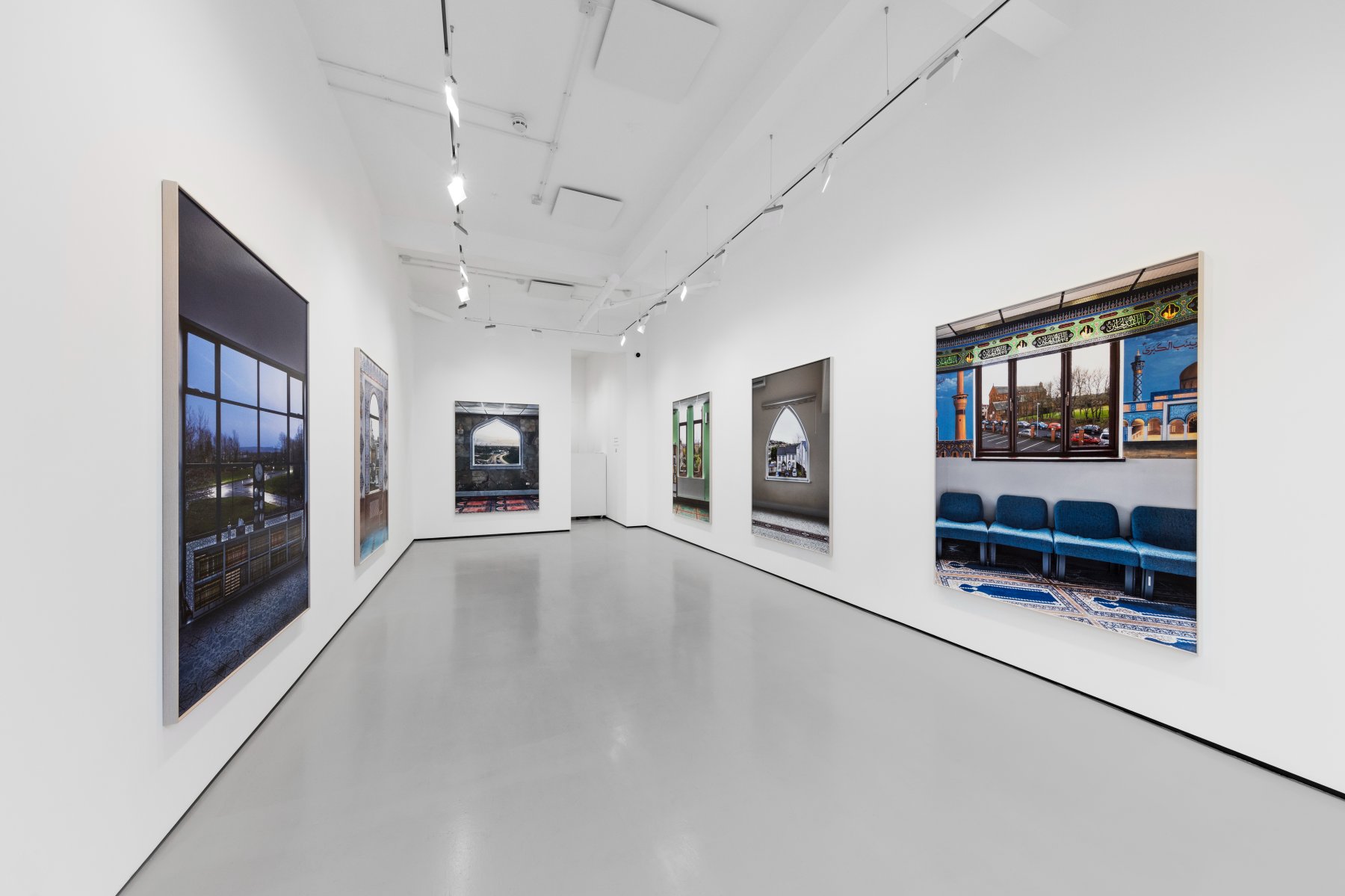 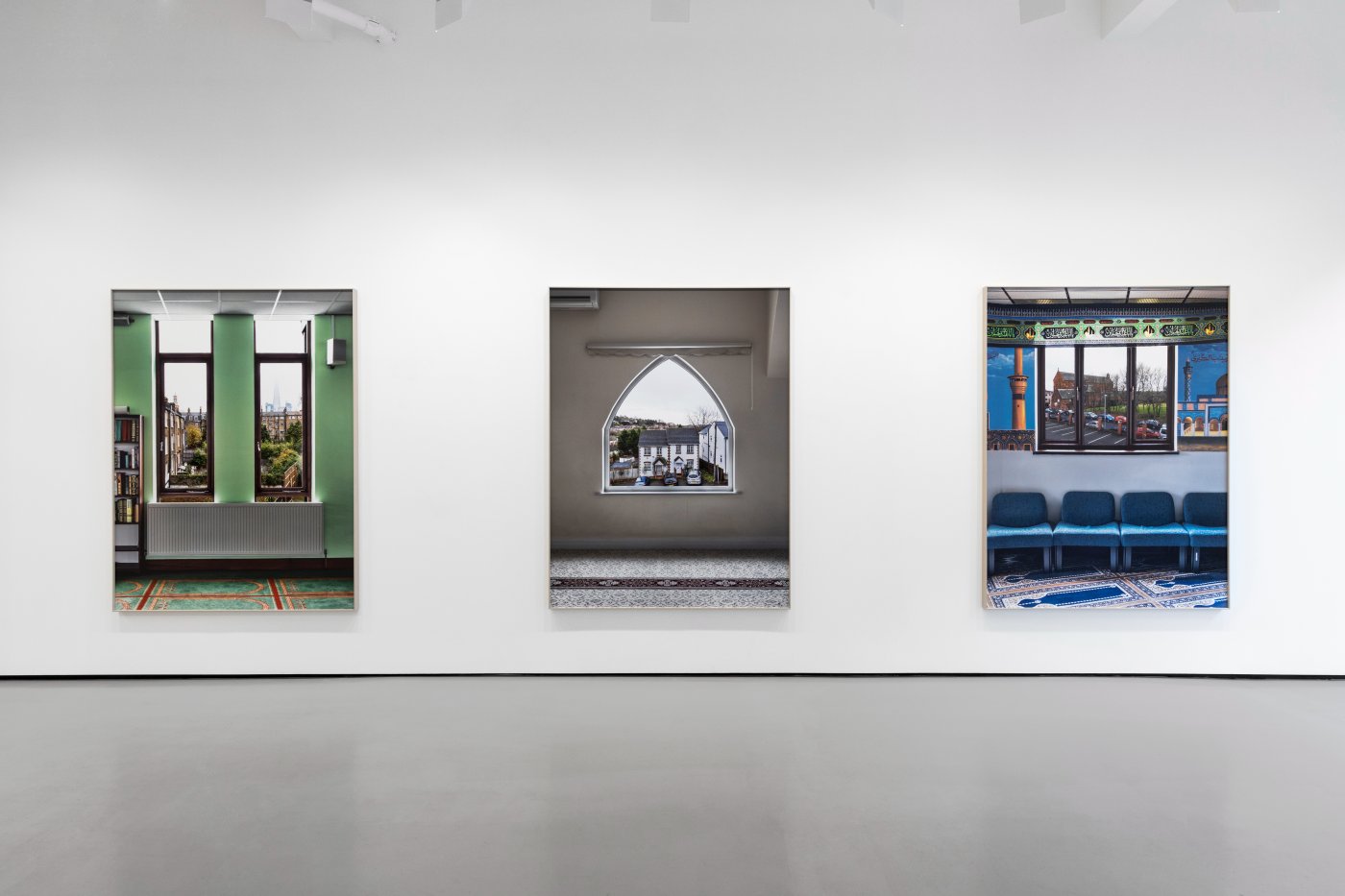 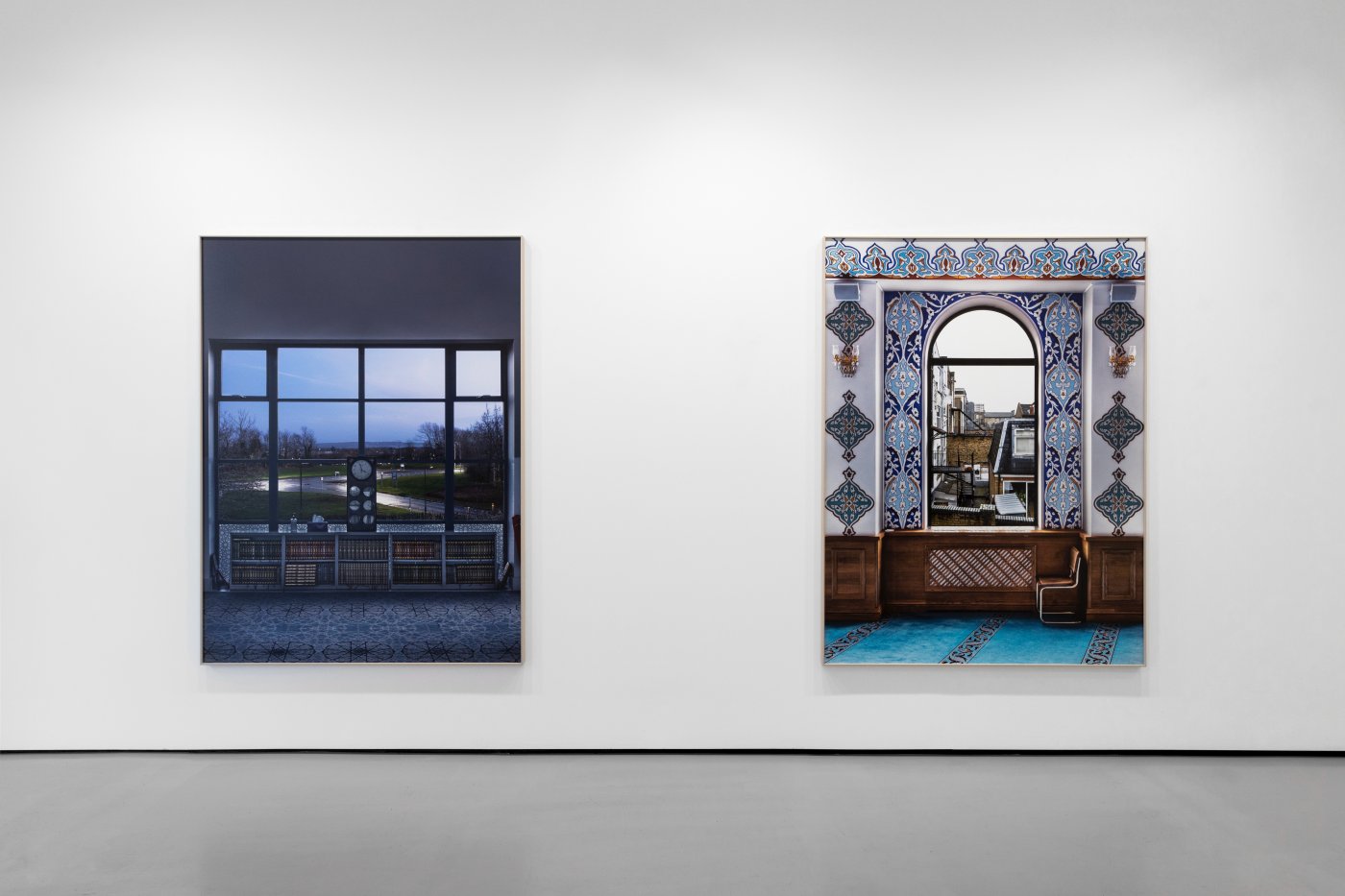 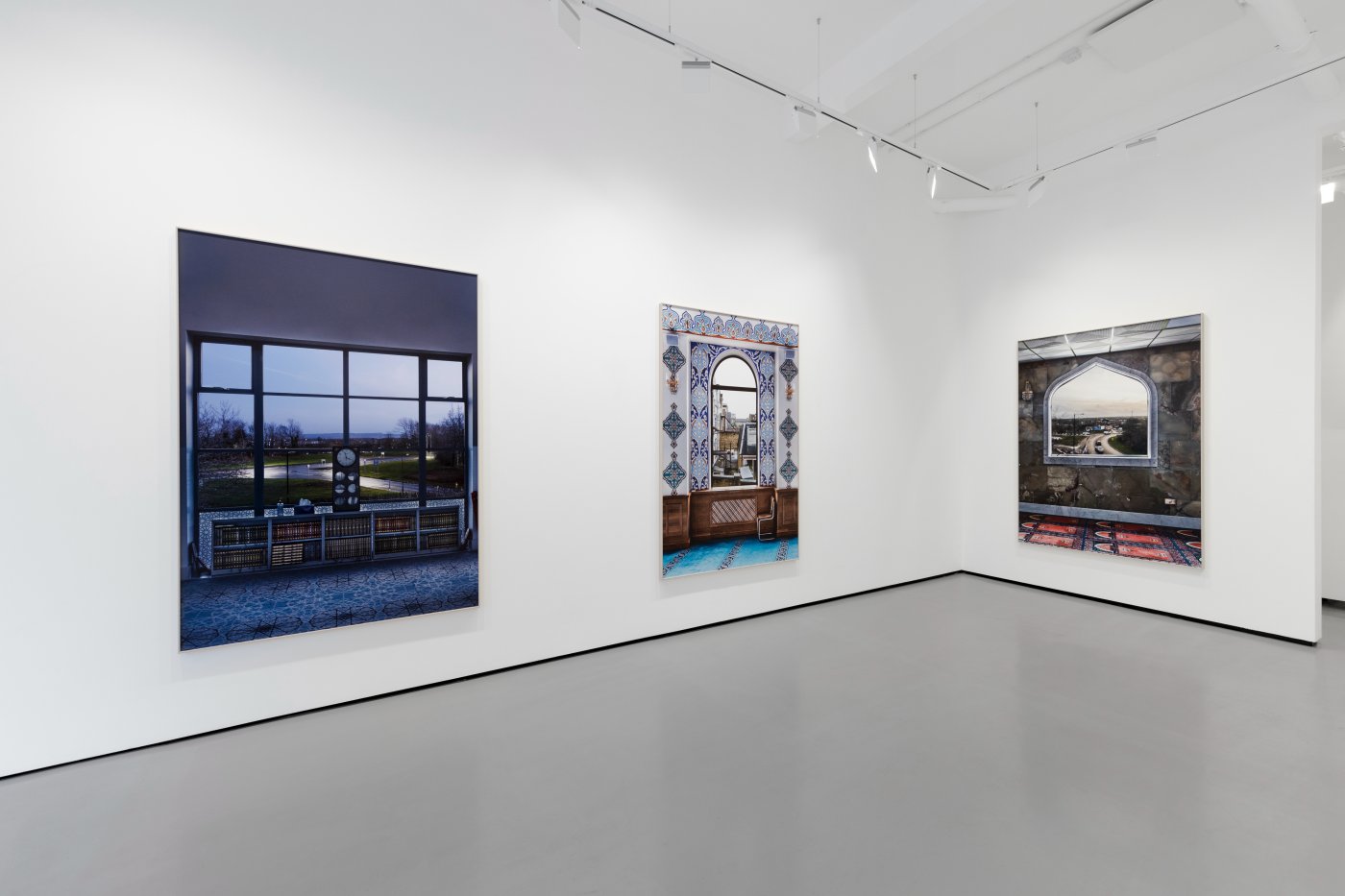 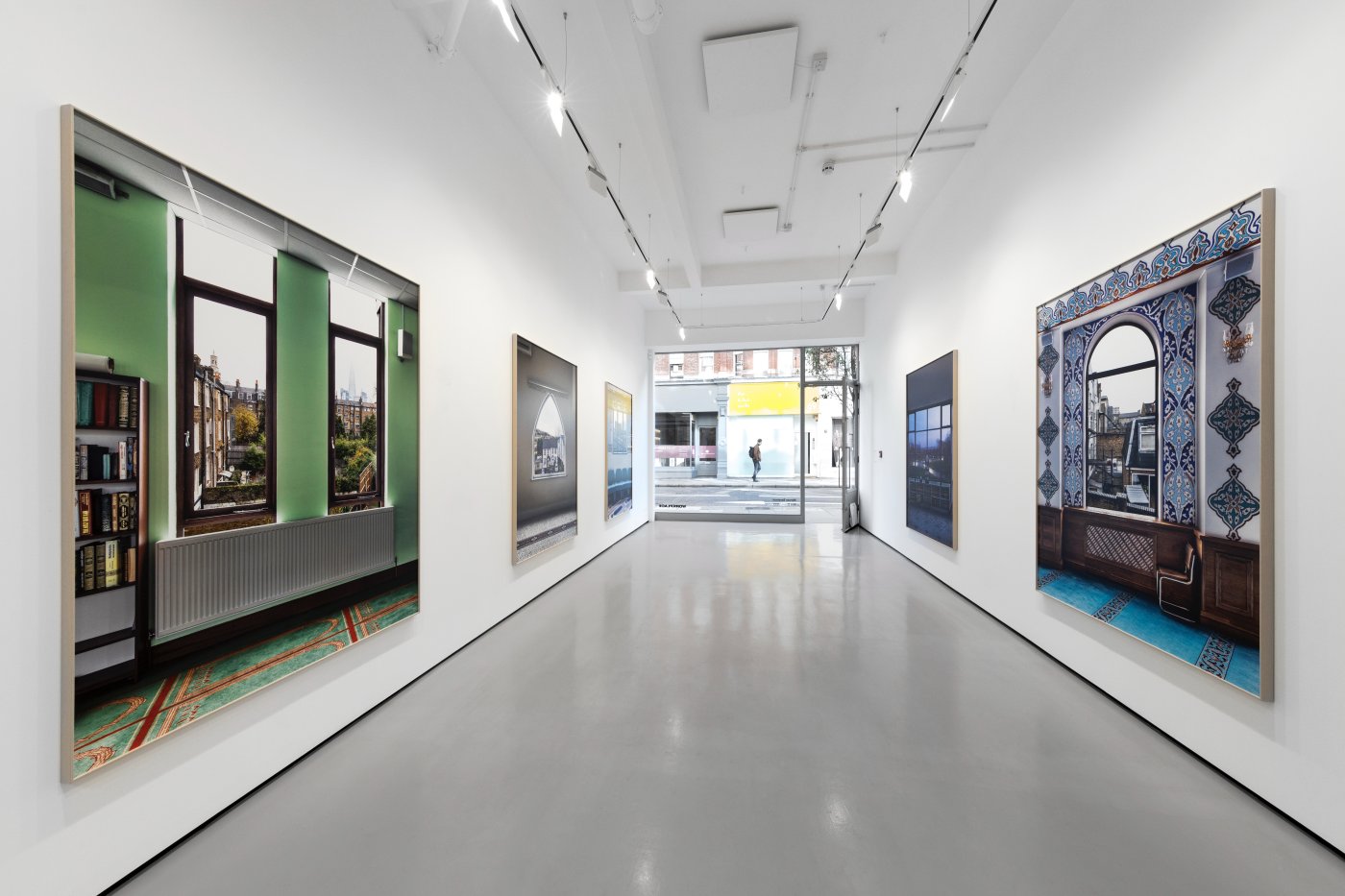 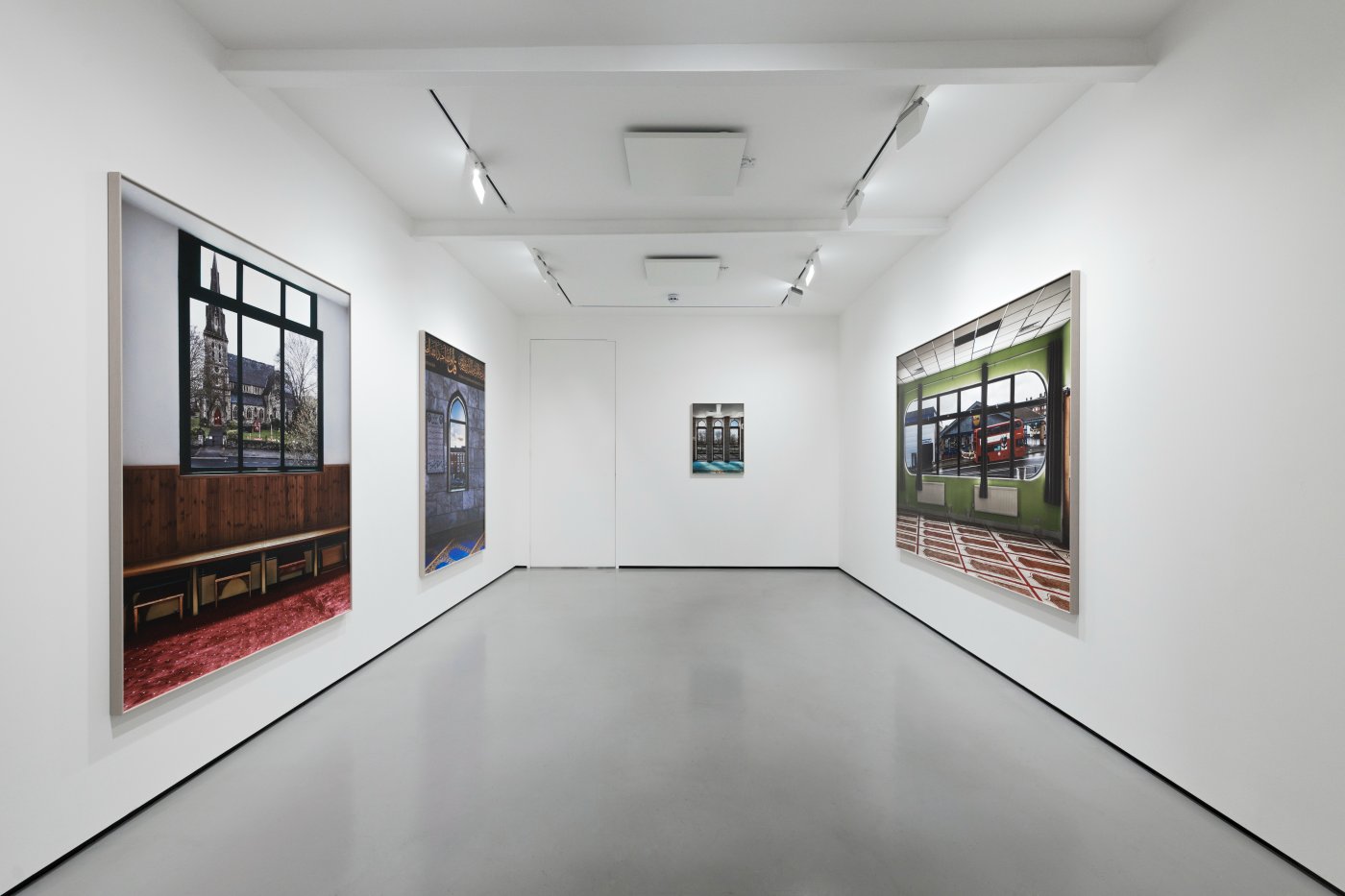 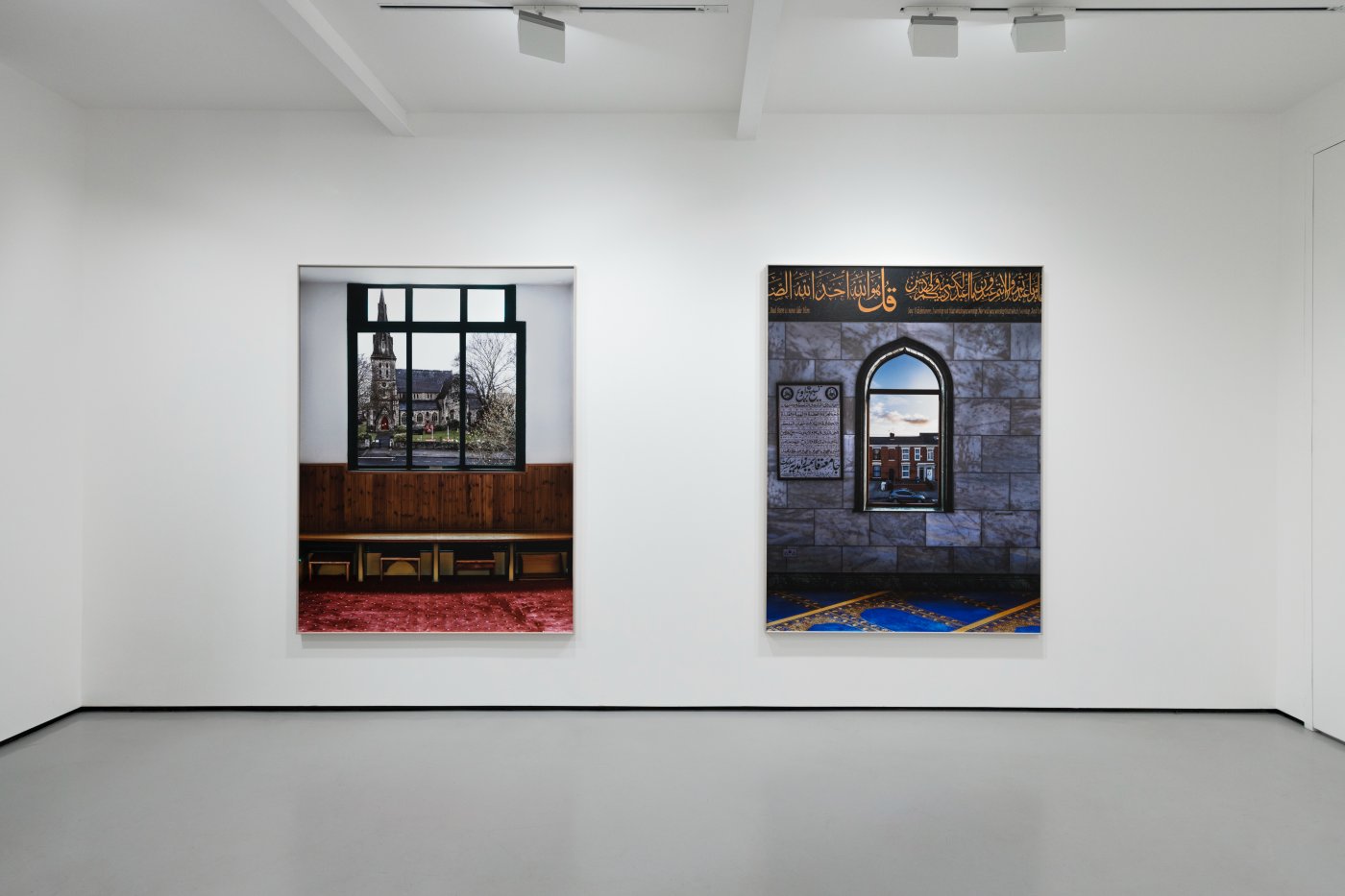 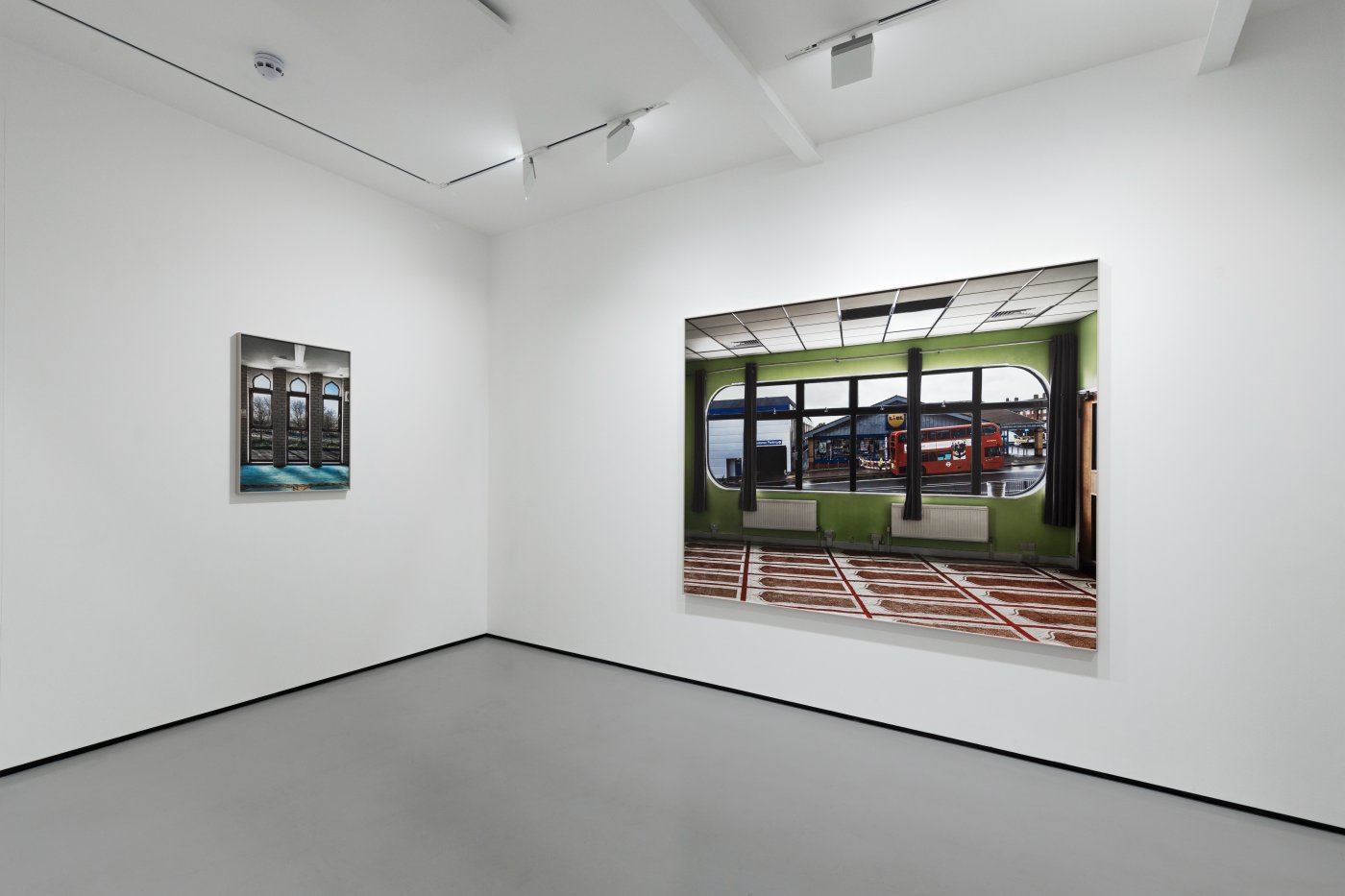 Inspired by the long history of immigration in Britain following the country’s colonial past, Bassiouni spent time travelling across the UK to investigate how its landscape and architecture can be observed anew from the perspective of the religious sites of its Islamic communities. Through this journey, which echoes those undertaken by the artist in the Netherlands and Switzerland, Bassiouni challenges the stereotypes and clichés associated with the representation of Arab culture and Islamic religion within Western countries.

In New British View #29 a window looking out into an unmistakably English street sits above a radiator surrounded by bare white walls and an ornate carpet, an image that is at once immediately recognisable yet unfamiliar to most. By depicting ordinary spaces through new perspectives, Bassiouni invites us to reconsider our viewpoints and questions the phenomenon of ‘othering’, which affected the artist first-hand whilst growing up with dual Egyptian and American-Italian heritage, and as a Muslim in a small secular town in Switzerland. In Bassiouni’s New British Views one is confronted with an unexpected representation of Islamic communities in the West, one where similarities and common experience are in focus and beauty is found in the harmonious co-existence of different spaces and perspectives.

Although the photographs in the exhibition appear to be precisely composed, they are unstaged and are the result of a selective framing of existing scenes. The artist uses multiple exposures in a single image, causing the foreground and background to appear equally focussed and creating an evenly distributed light. Through this technique Bassiouni situates his photographs in close relation to the Dutch Golden Age paintings of domestic spaces with views to the outside world. In doing so he eliminates the hierarchy between interior and exterior spaces, and also between the specific interiors of his images, known only to those who frequent these places of worship, and the exterior landscape that is shared by all.

Marwan Bassiouni (b. 1985, Morges, Switzerland) is a Swiss photographer and artist of Egyptian and American-Italian descent based in Amsterdam, the Netherlands. Marwan holds a BA in photography from The Royal Academy of Art (KABK) and a photographer CFC from the Photography School of Vevey (CEPV). His work has been written about in publications such as the British Journal of Photography, The Guardian, EXIT Imagen Y Cultura, Lens culture, Aperture, ZEITmagazin and FOAM. In 2019, Marwan had a solo exhibition at the Hague Museum of Photography and published the photo book New Dutch Views. His work has been exhibited at 87 Gallery (UK), Deutsche Börse Photography Foundation (DE), Sharjah Art Foundation (UAE), Aperture (USA), Paris Photo (FR), Fotomuseum Winterthur (CH), Plateforme 10 (CH), The Shanghai Center of Photography (CHN), Unseen Photofair (NL), The Benaki Museum (GR), The Humanity House (NL), Festival Circulation (s) (FR), Kunsthal Helmond (NL) and Cultuurhuis De Warande (BE).

His work is held in private and public collections such as Kunstmuseum Den Haag, The International Center of Photography, The Dutch Ministry of Foreign affairs, Kunstmuseum Bern, Akzo Nobel Foundation, The Dutch National Bank, Amsterdam University Hospitals, KPMG and Menzis. Marwan is the recipient of the W. Eugene Smith Student Grant, the Harry Pennings Prize, the prix Circulation(s)-Fujifilm and several other awards and nominations. In 2020 he was awarded a Mondrian Emerging Artist grant (NL).