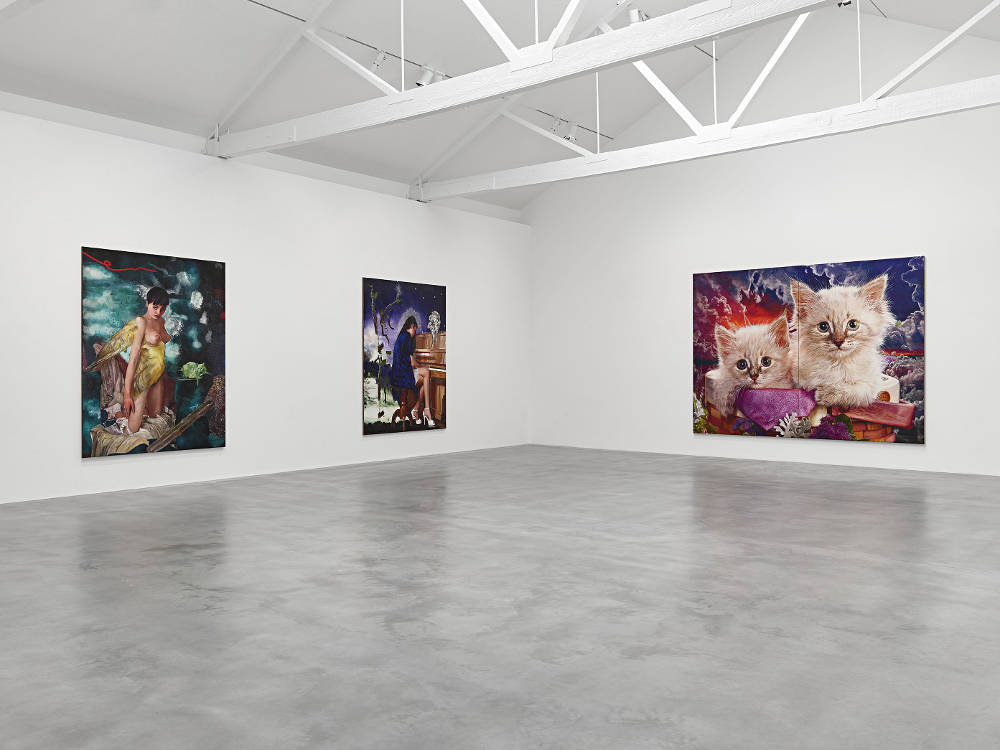 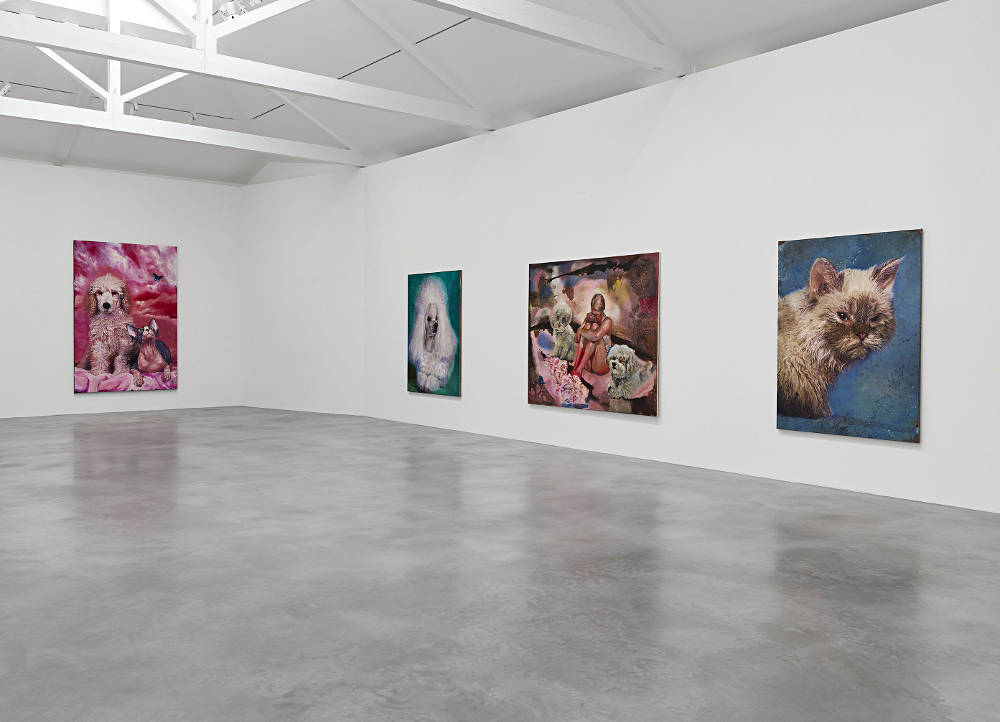 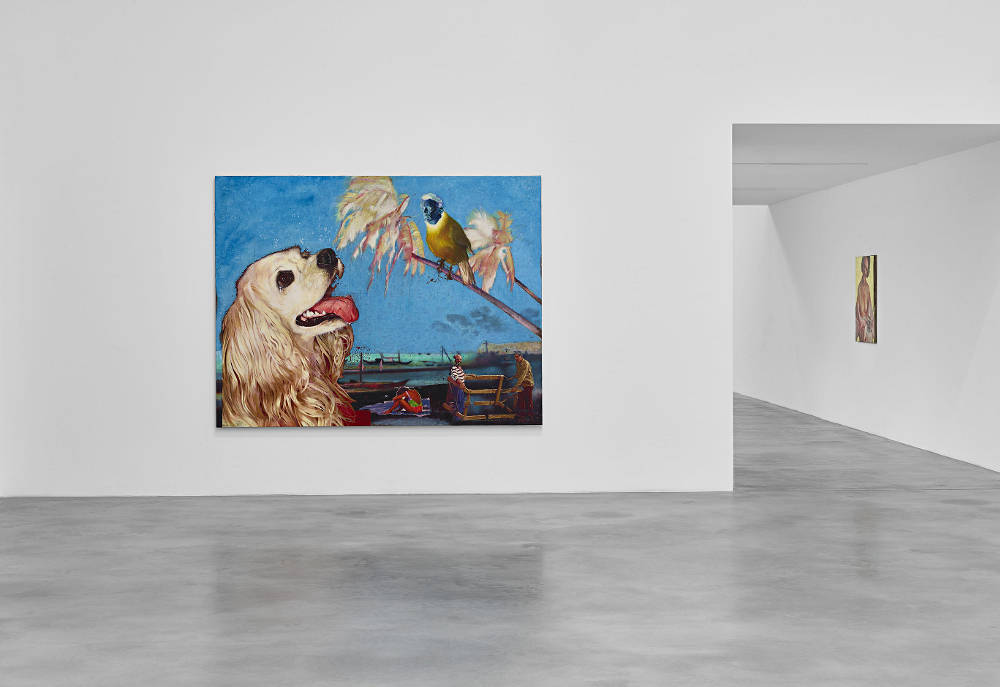 ‘I look for beauty in filth. You find the most interesting colours at motorway service areas and in the bushes. A mixture of crisp packets, trainers, vomit and tufts of hair. These are colour combinations that artists seldom look at. Poetry lies hidden beneath the kitchen sink. The world is raging under my fingernails.’ – Eder in conversation with Thomas Girst, 2018.

Conducting an almost scientific enquiry into his medium, Eder has dedicated his career to exploring the illusory possibilities of painting and its meaning. In preparation for ‘Parasites’, Eder shut himself away with sketchbooks, drawings and paintings dating back to the beginning of his artistic career. This period of reflection allowed him to trace numerous threads and shifts in his practice, leading him to complete a new series of works, some of which are based on ideas conceived years previously. These are shown alongside significant early works and examples from Eder’s recent series of male nudes, among others.

Eder explodes accepted ideas of what ‘fine art’ should be, subverting received hierarchies of image and subject. An uncompromising, and equal, attention to detail is brought to undulations of flesh, the teased fur of a freshly groomed poodle and the shining edge of an axe. Informed by diverse movements, including the Baroque and Surrealism, his paintings place the sentimental, squalid and the sublime side by side, recasting the tropes of classical history painting. In The Inescapable Unity of Love, 2010–2018, an oversized Cavalier King Charles spaniel, sporting a doleful expression, poses on an antique sofa, towering over a seemingly unaware guitar-playing woman, cast against a foreboding stormy sky. Such complex compositions hint at narratives but thwart easy readings.

Courtesy of the artist and Newport Street Gallery, London