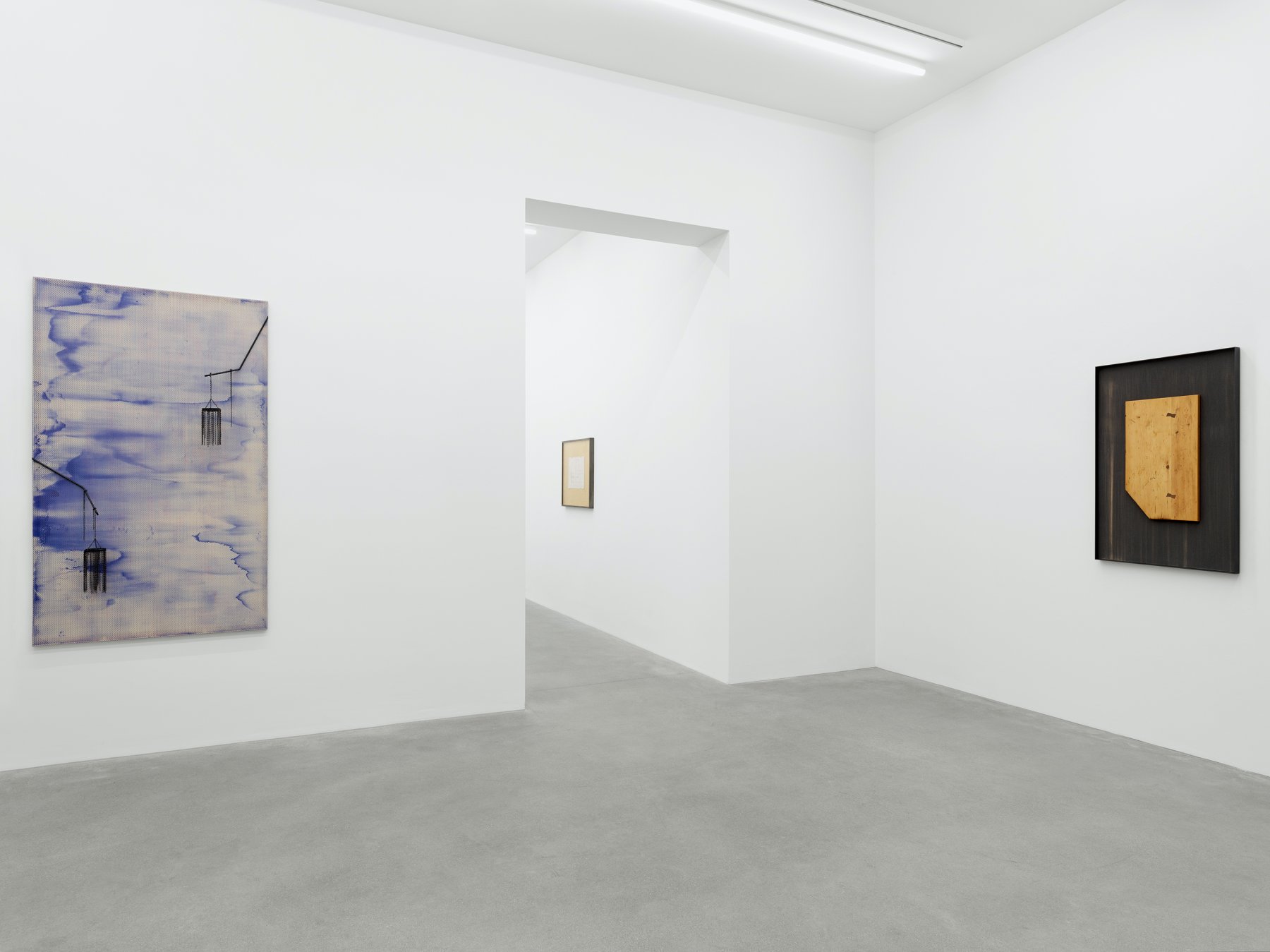 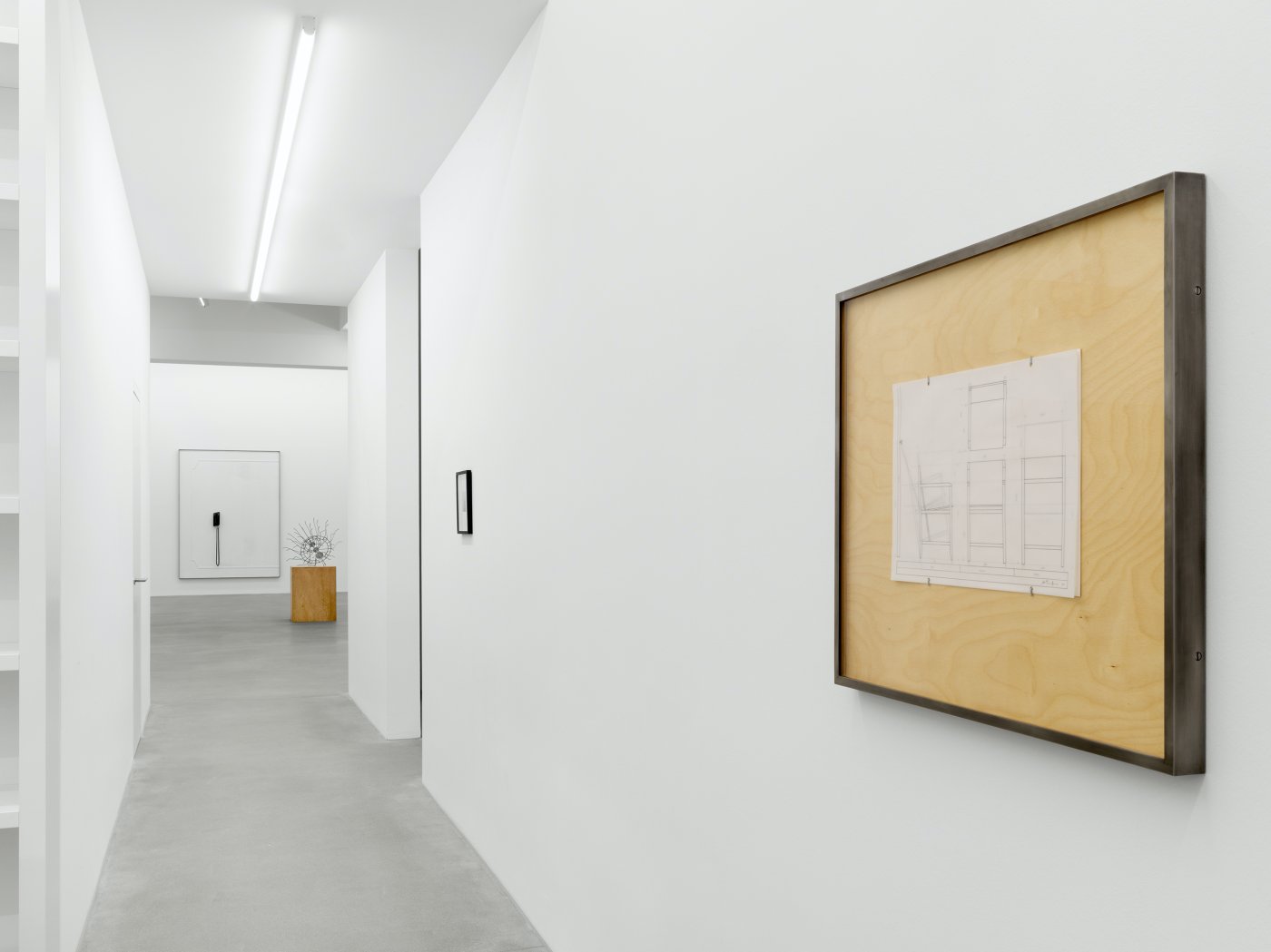 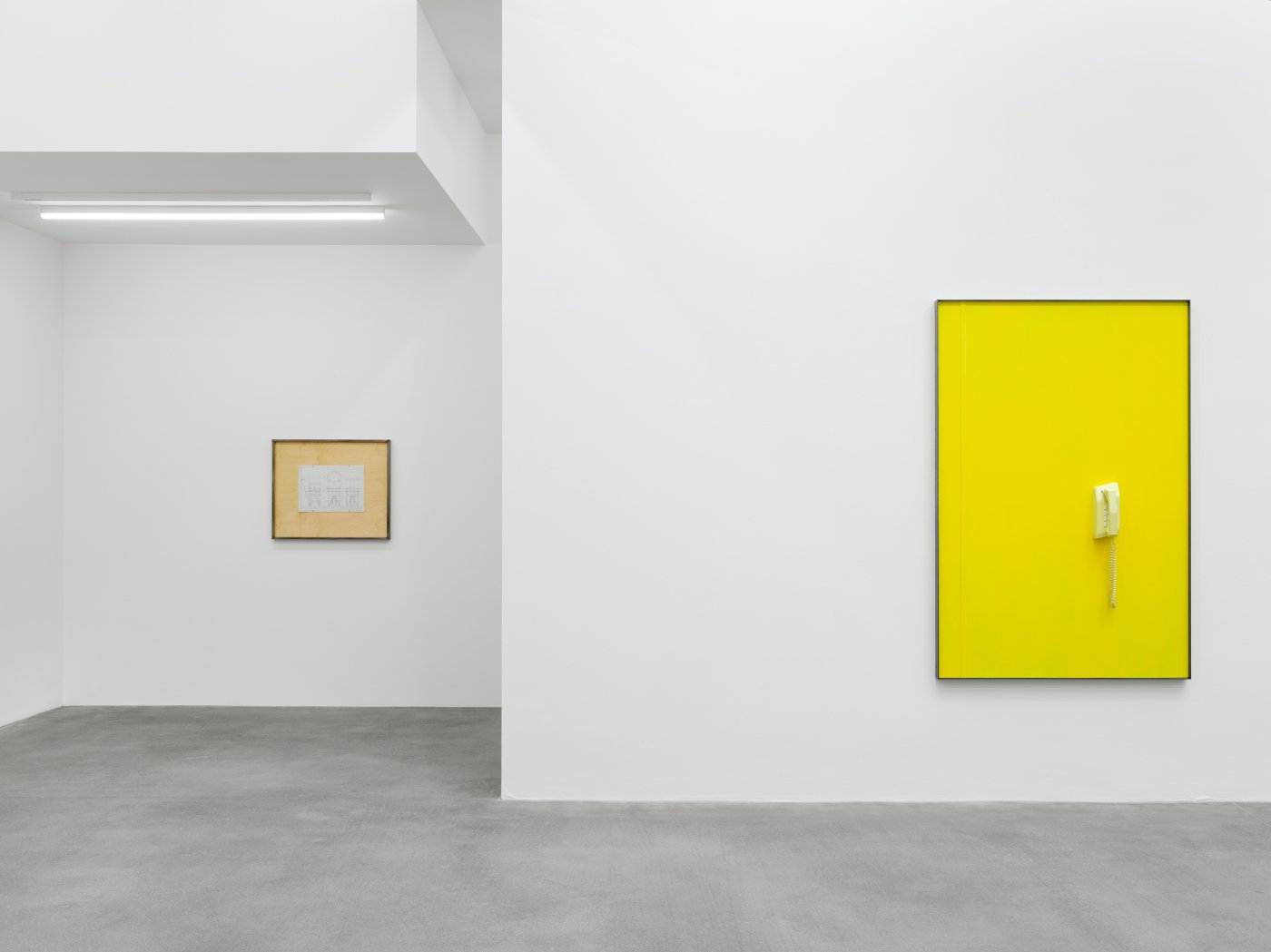 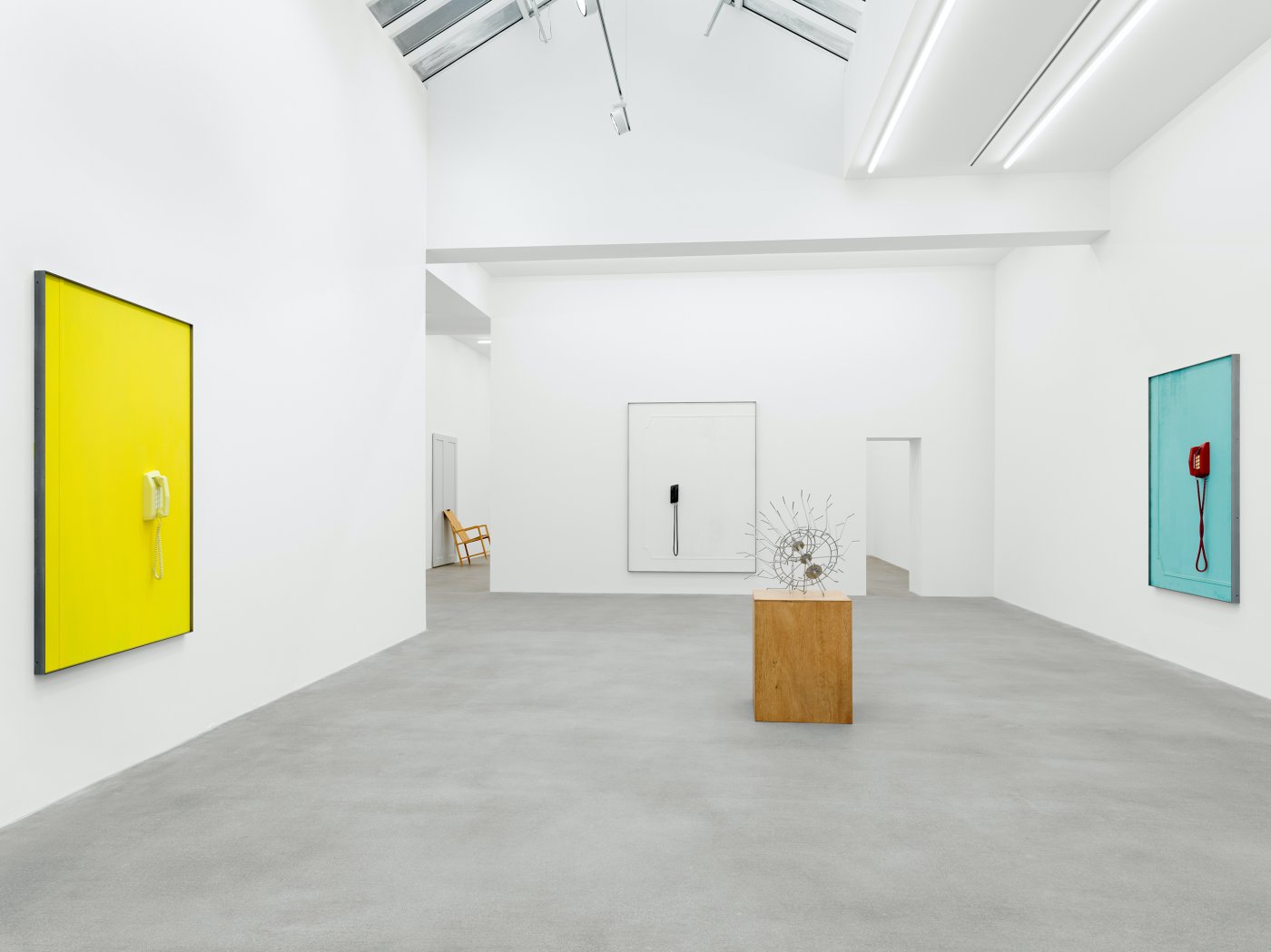 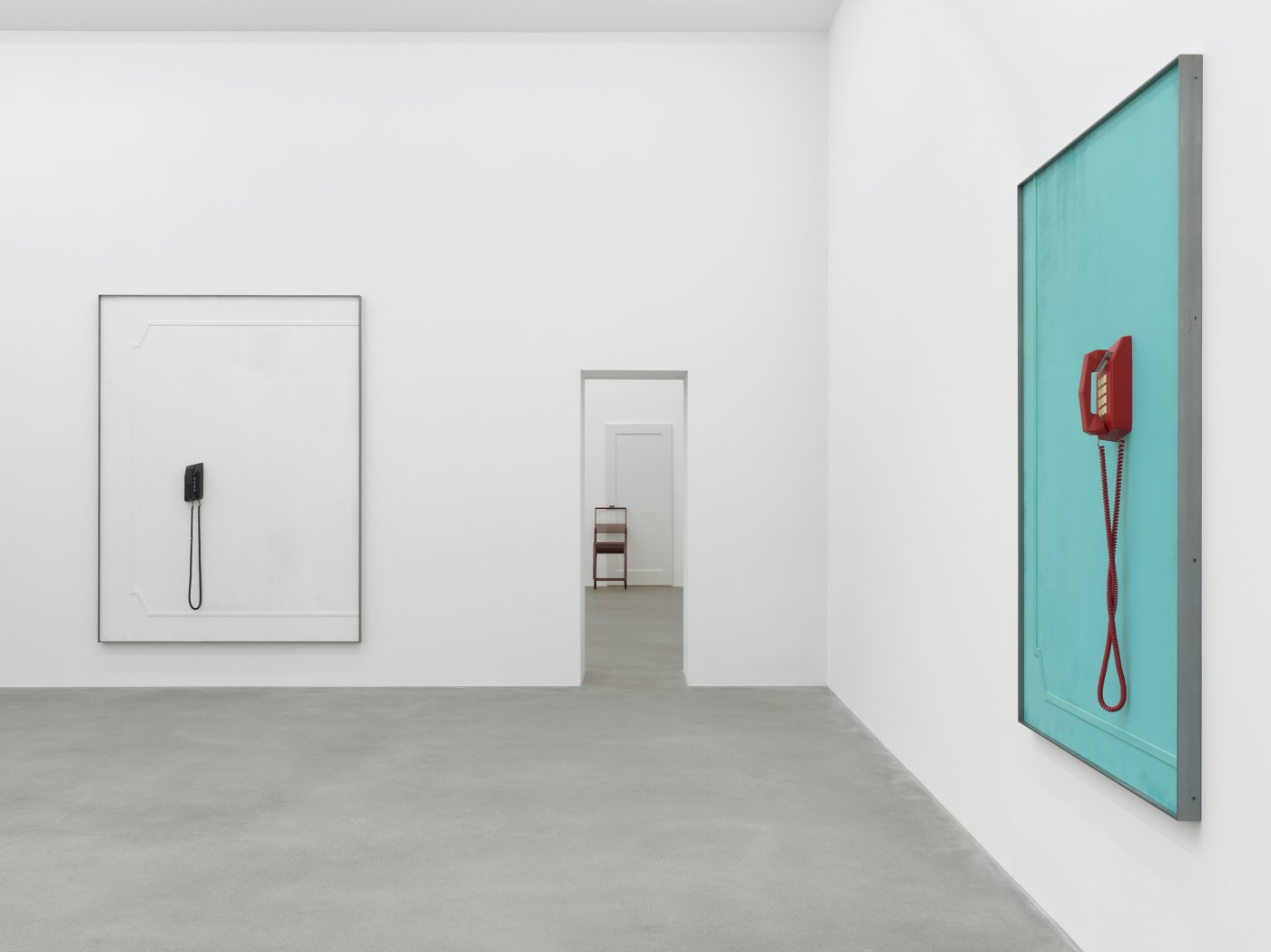 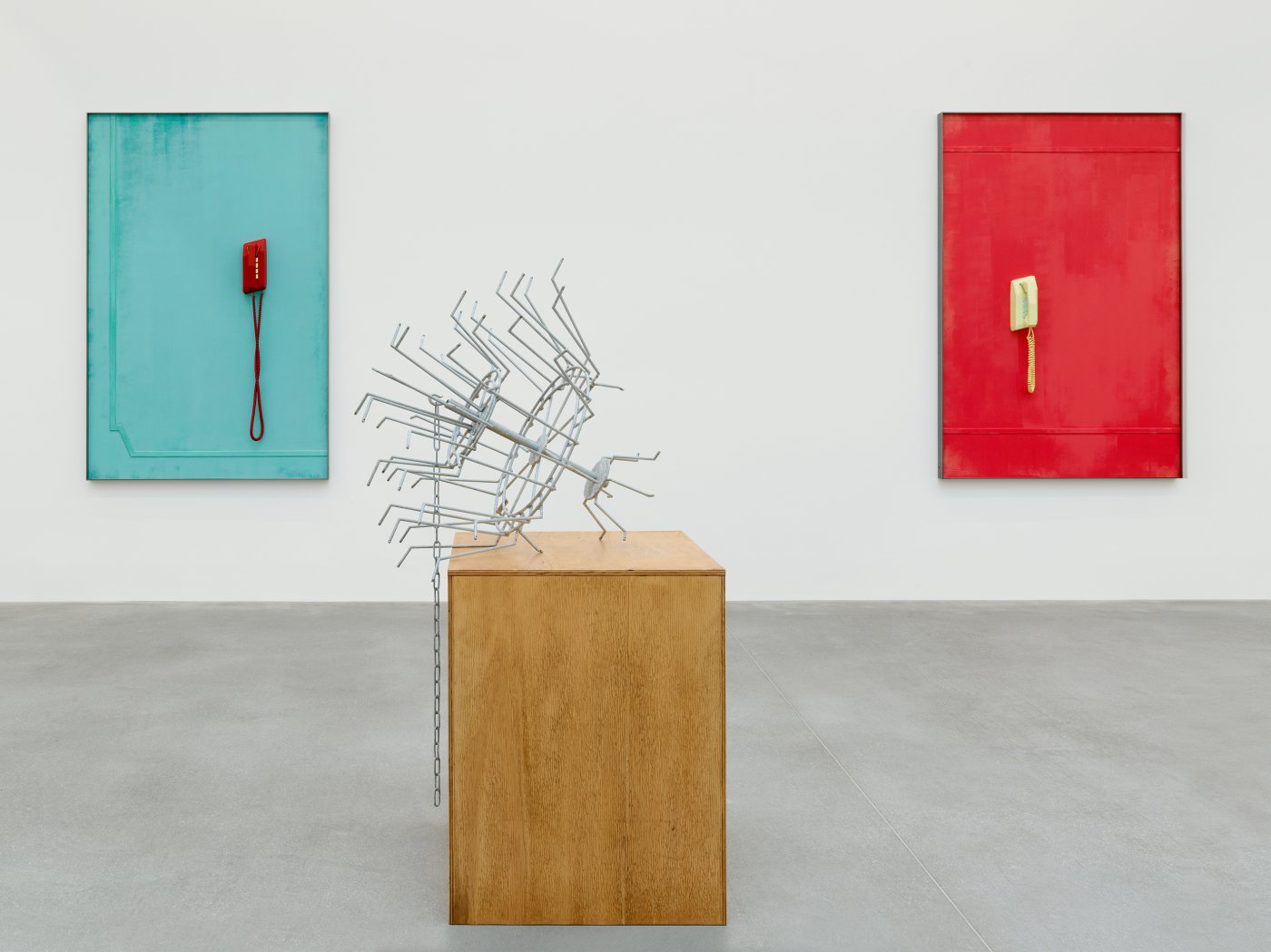 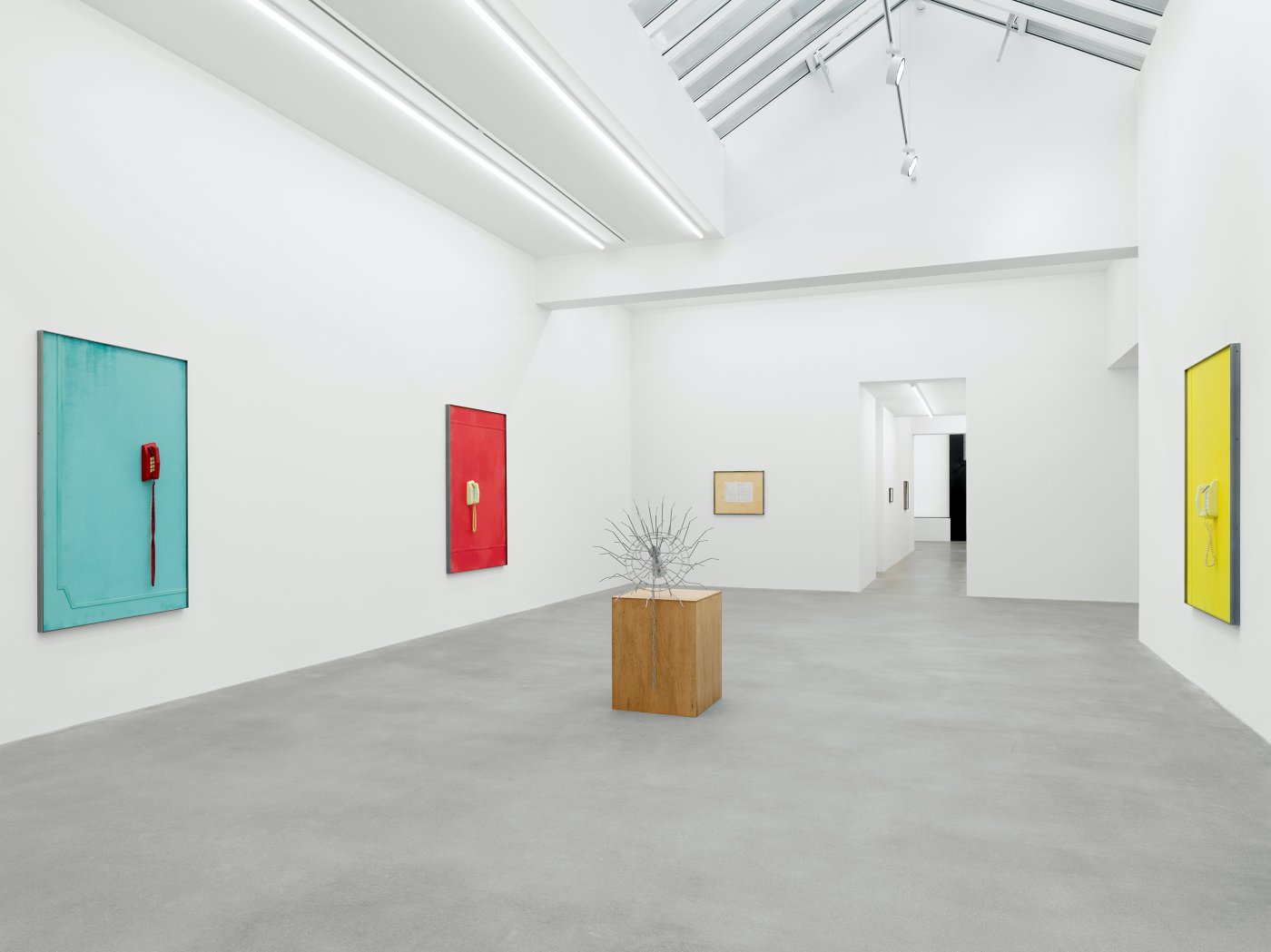 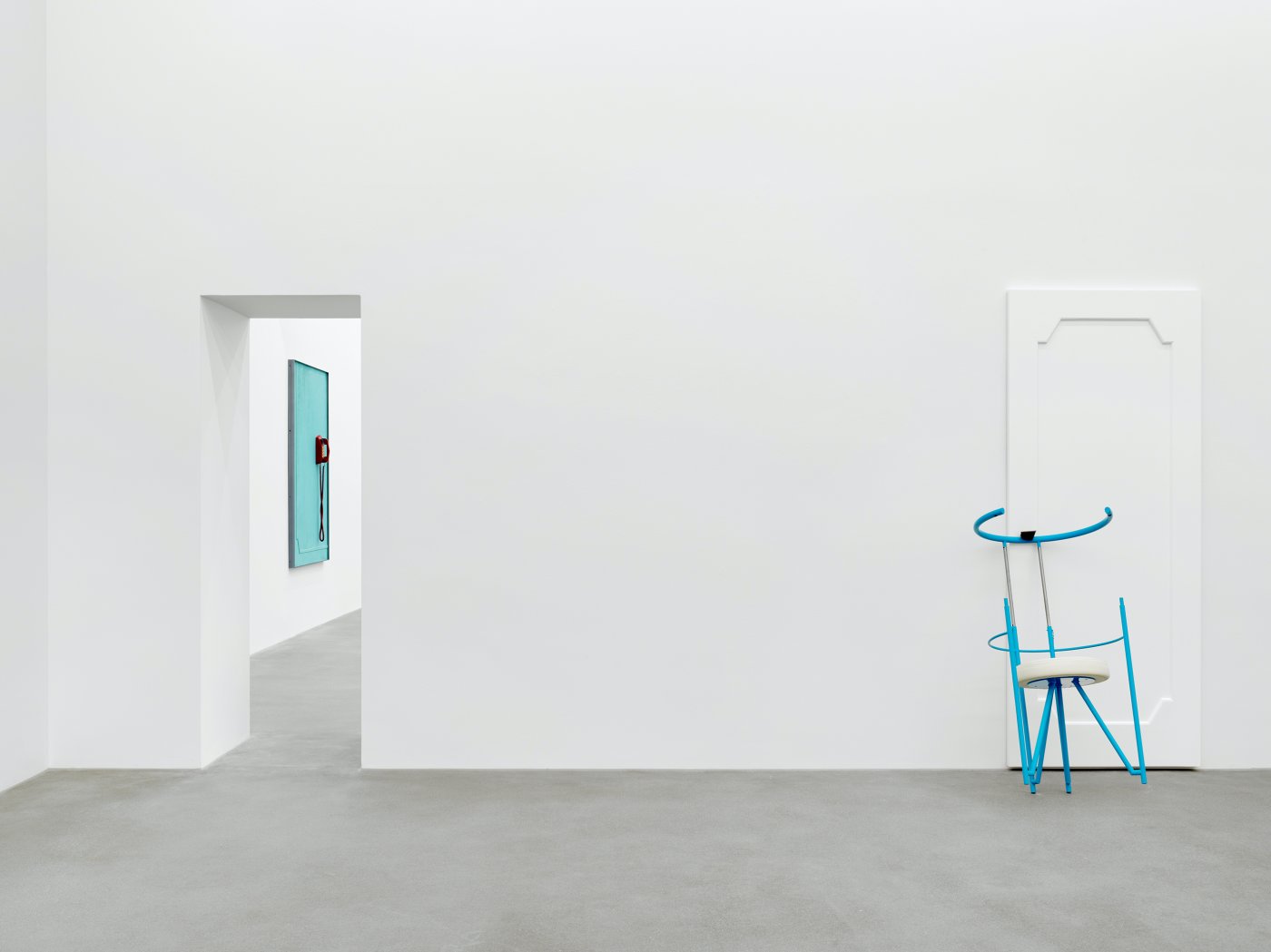 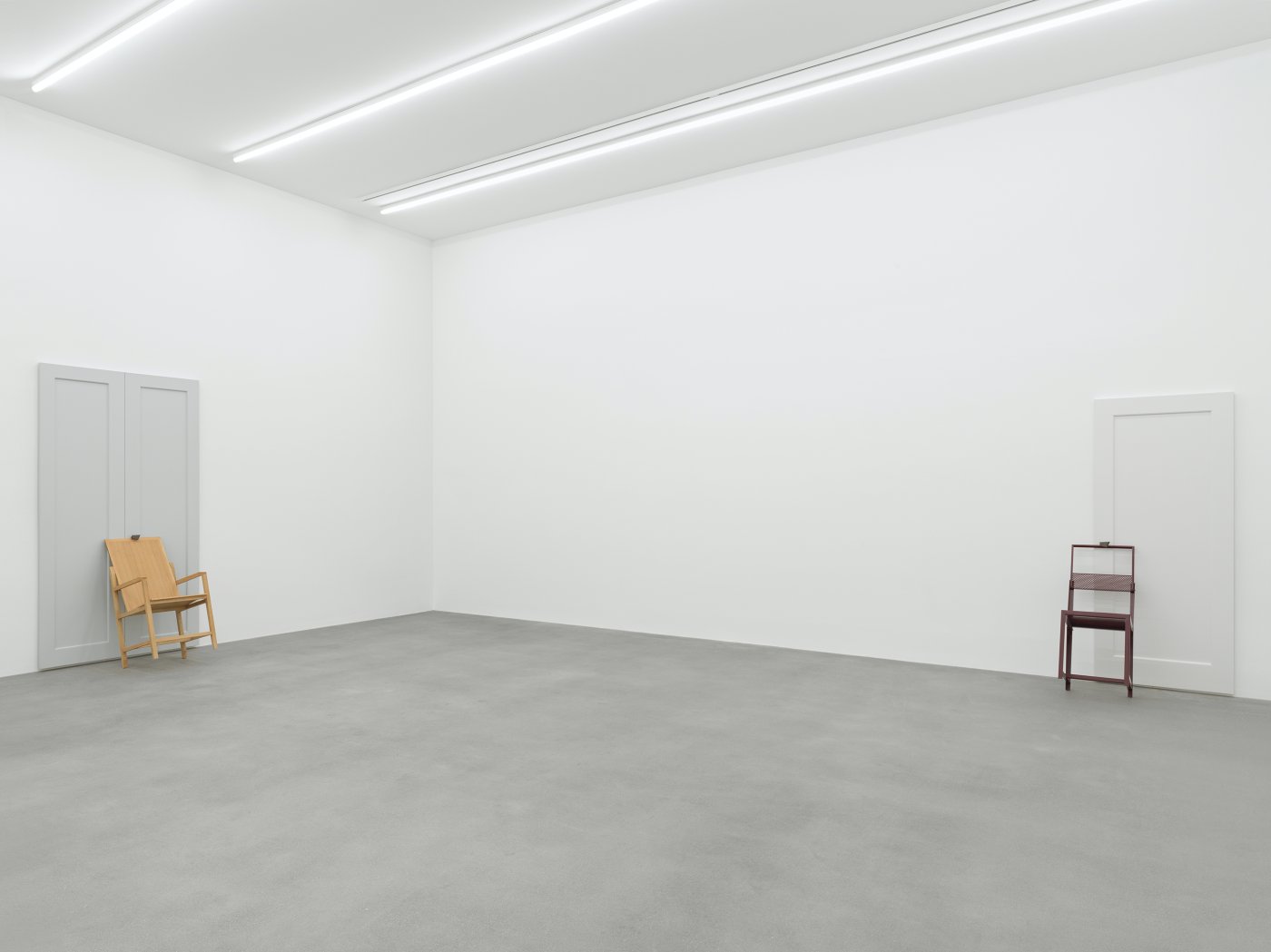 At first, Martin Boyce’s installations often appear cool and conceptual, full of references to classical modernist design, art, and architecture. But, although Boyce alludes to the built utopias and the clear, geometric forms of that time, his work also has a dark, pensively poetic undertone that augurs the end of an era. And not just the end of the 20th-century avant-garde, whose dreams and triumphs still echo in our present, but also the end of our very own time. Where the spirit of “form follows function” can be said to blow through his sculptures and drawings, quiescent allusions to nature, poetry, and film noir are like shadows lingering over them. A sense of transience and abandonment inhabits Boyce’s work, giving it a romantic touch.

For his exhibition at Galerie Eva Presenhuber, Boyce built three modernist chairs out of steel and wood, their backs adjustable in height. Leaning against three wall-mounted doors, which are suspended just above the floor, and placed directly under their doorknobs, the chairs act like improvised barriers barring anyone entrance. In dialogue with these are four painted aluminum wall panels in white, yellow, red, and green on which are mounted specially designed telephones: they look like relics from a different time, back when public telephones were still in use—but their bright colors and rhomboid shape also make them look like some sort of futuristic oracle. In addition, there is a multi-pronged metal item, tipped on a base: the weathered-looking chandelier mount is reminiscent of Marcel Duchamp’s bottle rack, but also of a dead insect or an anchor stranded on dry land. It all looks as though someone was constructing haunted-house elements—dead and unseeing objects which, though once created for the purposes of connection, communication, and togetherness, have now lost their function. Instead, they only convey silence, exclusion, and the history of a home that once stood for protection, community, and openness.

It is true, the exhibition No Longer Fathom comes at a time when such values are no longer givens: whereas thousands of people leave their homes, others barricade themselves behind their doors. Wherever we are, feelings of insecurity, fear, and vulnerability are omnipresent, like being adrift on the ocean. A house is no longer mere shelter but is either abandoned or fortified. The promise that doors will open and the expectation that landlines will ring no longer hold true. We are stuck in a waiting room without knowing what is happening.

It is this feeling of unsteadiness to which the exhibition title alludes. The word “fathom” denotes a unit of measurement for the depth of water, and one fathom equals six feet (about 1.82 meters), which corresponds roughly to the length of a human body. It was originally measured by “the space to which a man can extend his arms,” which corresponds to the original meaning of the word: in Old English, “to fathom” used to be a synonym for the verb “embrace.” Later that meaning was expanded to measure not just reach, but any capacity: whether profundity, penetration, or intellect. No Longer Fathom is a poetic allusion to the multiple meanings of the word—and to the fact that a lot in life is unfathomable.