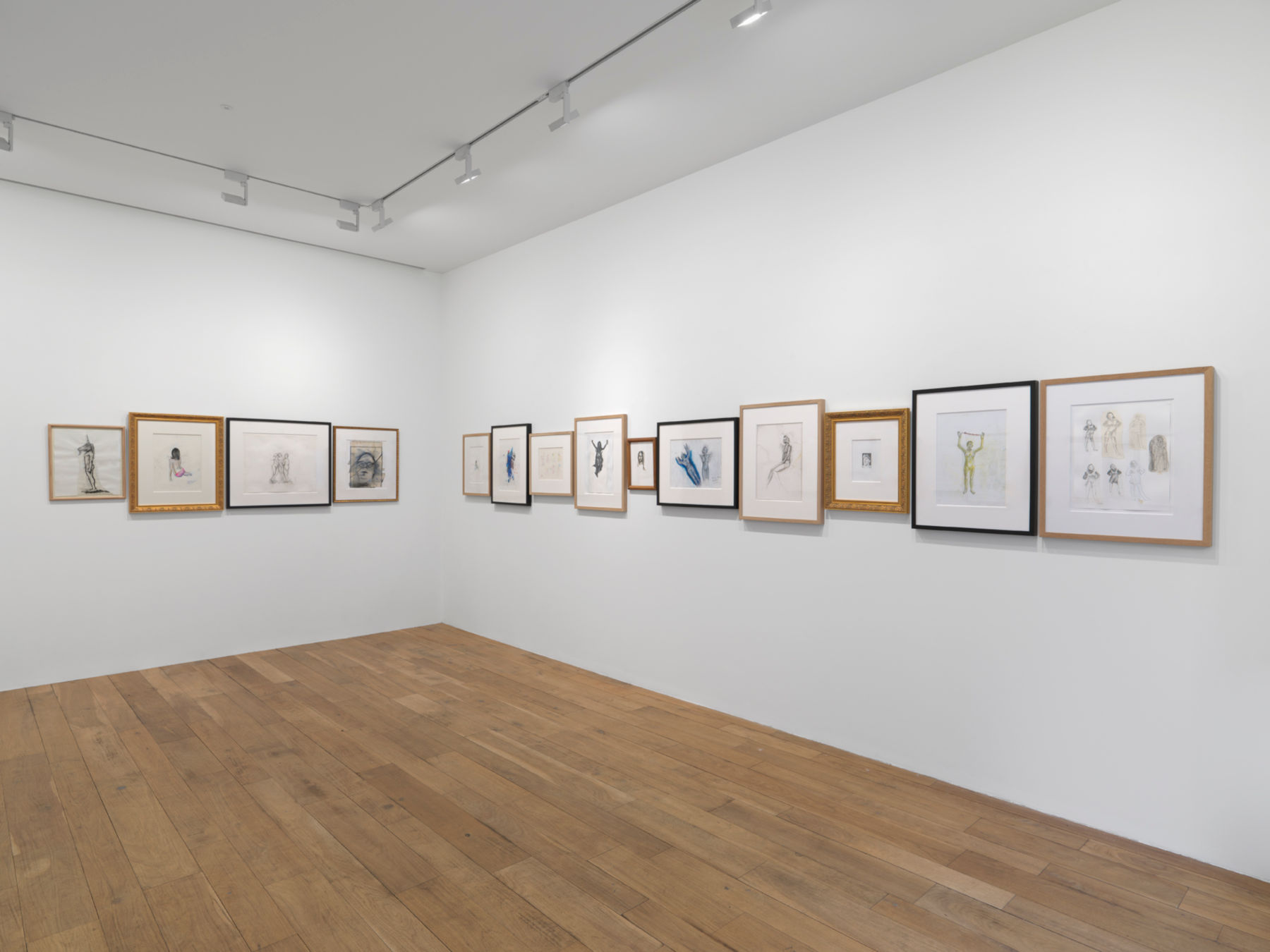 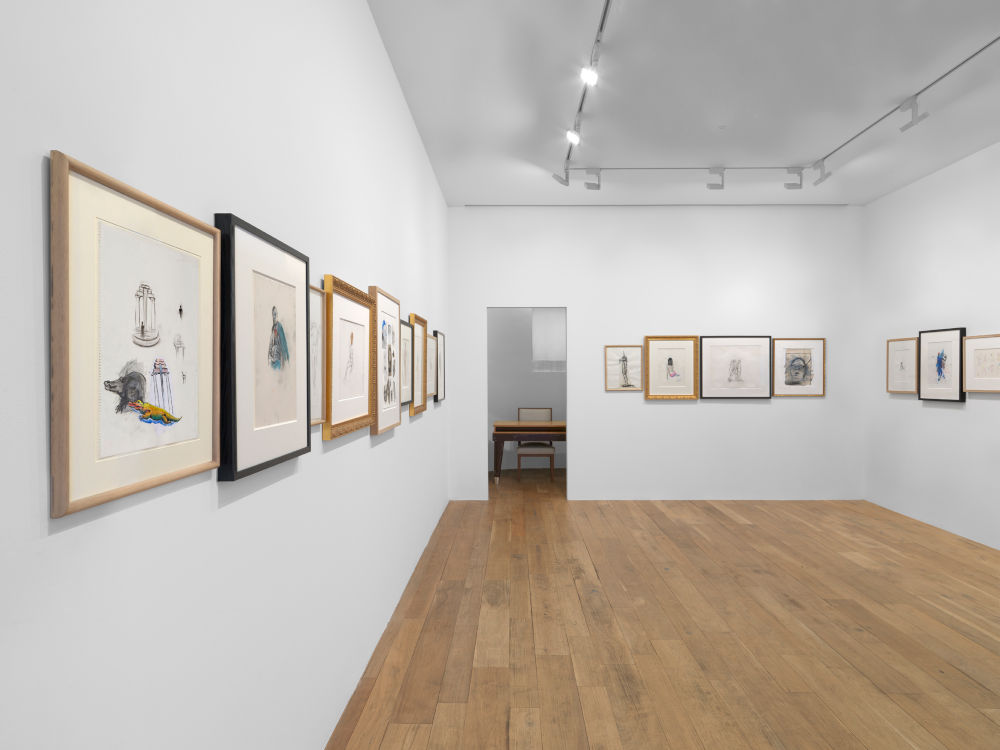 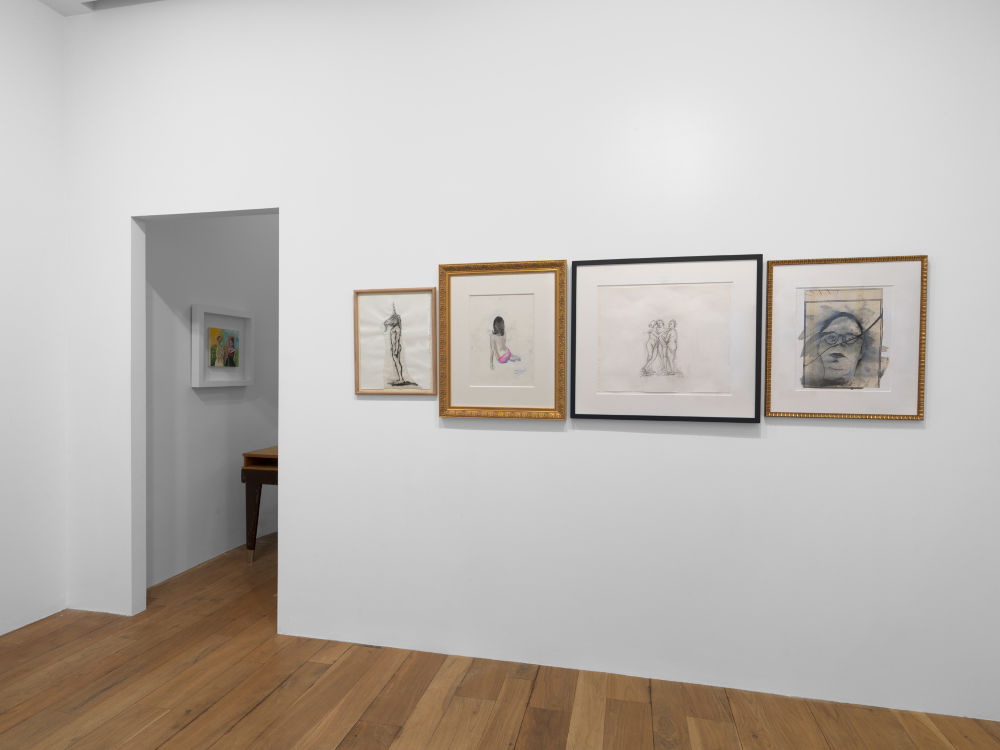 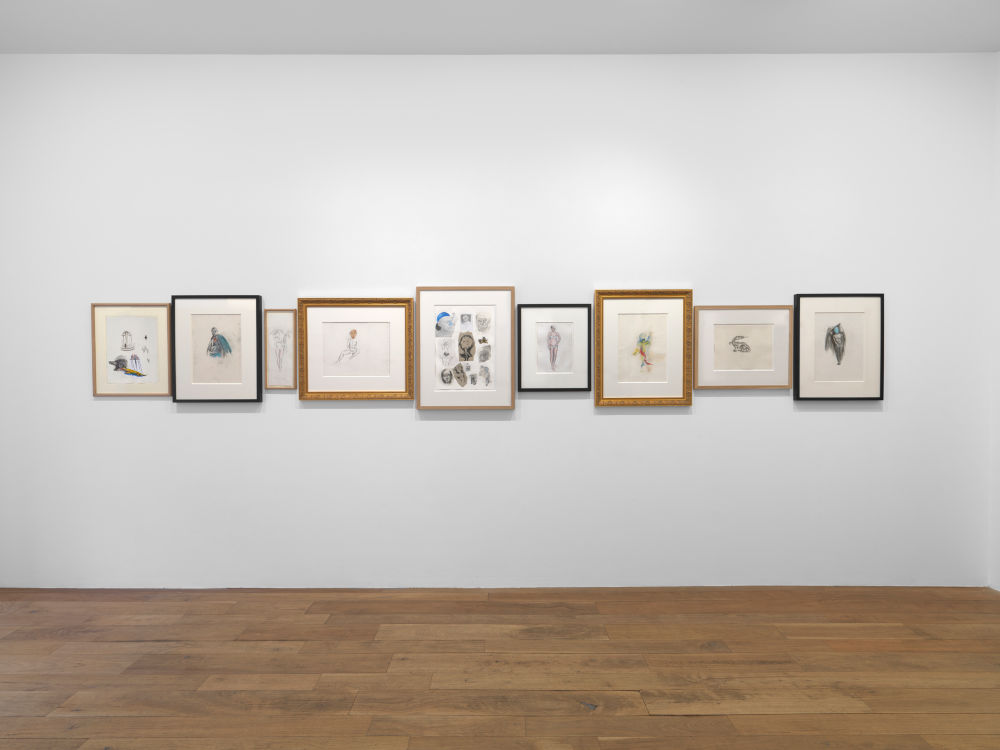 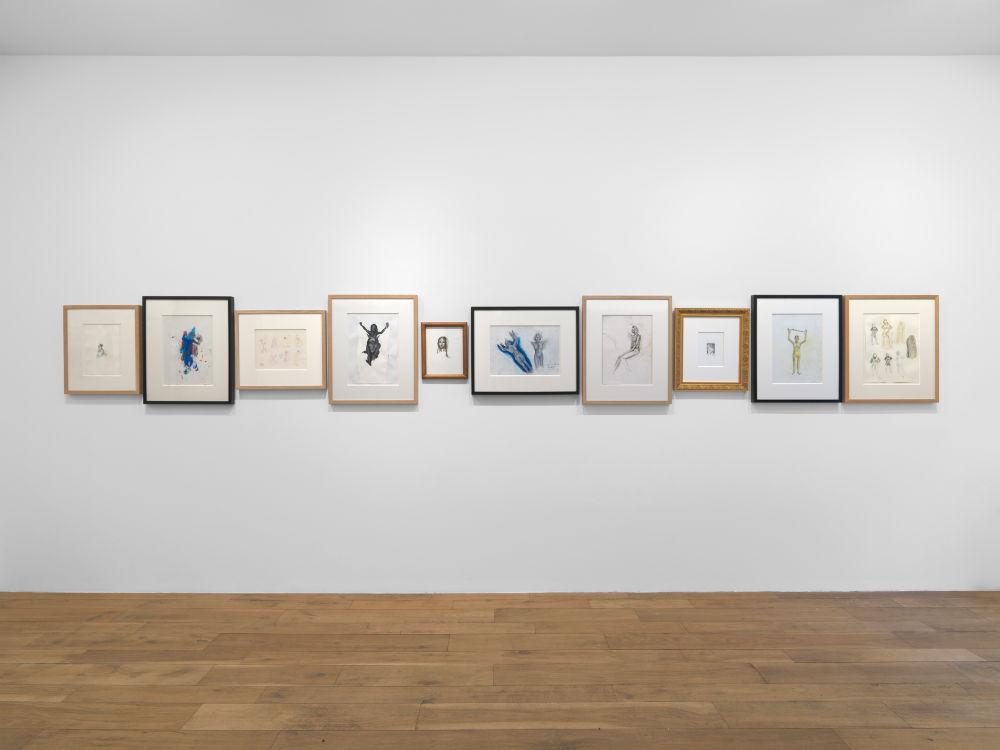 It’s easy to imagine him arriving at the gallery with a big box of drawings and a spur-of-the moment notion of putting on a show. This exhibition provides an intimate glance into the work of Martial Raysse, making available for the general public a body of work that has been little known until now. The lens offered by drawing often gives one the impression of having surprised the artist in his studio. There is a bit of that here, in the spontaneity of the compositions and poetic assemblages, but it’s not everything. There is also the image of work, control, straightening and fixing up, of past time and the surprising alignments this allows for today. […]

Raysse’s drawings say much about his practice. Everything is permitted, all the pencils, all papers and collages, including photocopies, all the pirouettes and acrobatic turns imaginable. […]

He is one of those artists who has always drawn, who is always drawing. In the box he brought to the gallery was a selection traversing different periods of his life. […]

Since the end of the 1950s, Martial Raysse has never stopped questioning his works in progress, never stopped developing them in spite of the risk of criticism. This has lent multiple faces to his whole body of work. But there are also invariables, themes and forms that regularly reappear, but made-up and costumed in what are sometimes slightly misleading resurgences from the past.

Born in 1936 in Golfe-Juan (France), Martial Raysse lives and works in Issigeac (France). Former member of the Nouveaux Réalistes, he is a major and historical figure of contemporary art in France and abroad. Great exhibitions have been dedicated to him in the last years, notably a retrospective at the Centre Pompidou in 2014 curated by Catherine Grenier and also in Venice at the Palazzo Grassi – François Pinault Foundation curated by Caroline Bourgeois in 2015. His works have been part of the collections of various institutions: the Centre Pompidou and the Musée d’Art Moderne de Paris, the Museum Ludwig and the Wallraf-Richartz-Museum in Cologne, the S.M.A.K. in Ghent, the Moderna Museet in Stockholm, the Montreal Museum of Fine Arts, the Hirshhorn Museum and Sculpture Garden in Washington, the Louisiana Museum of Modern Art in Humlebæk and the Menil Collection in Houston.