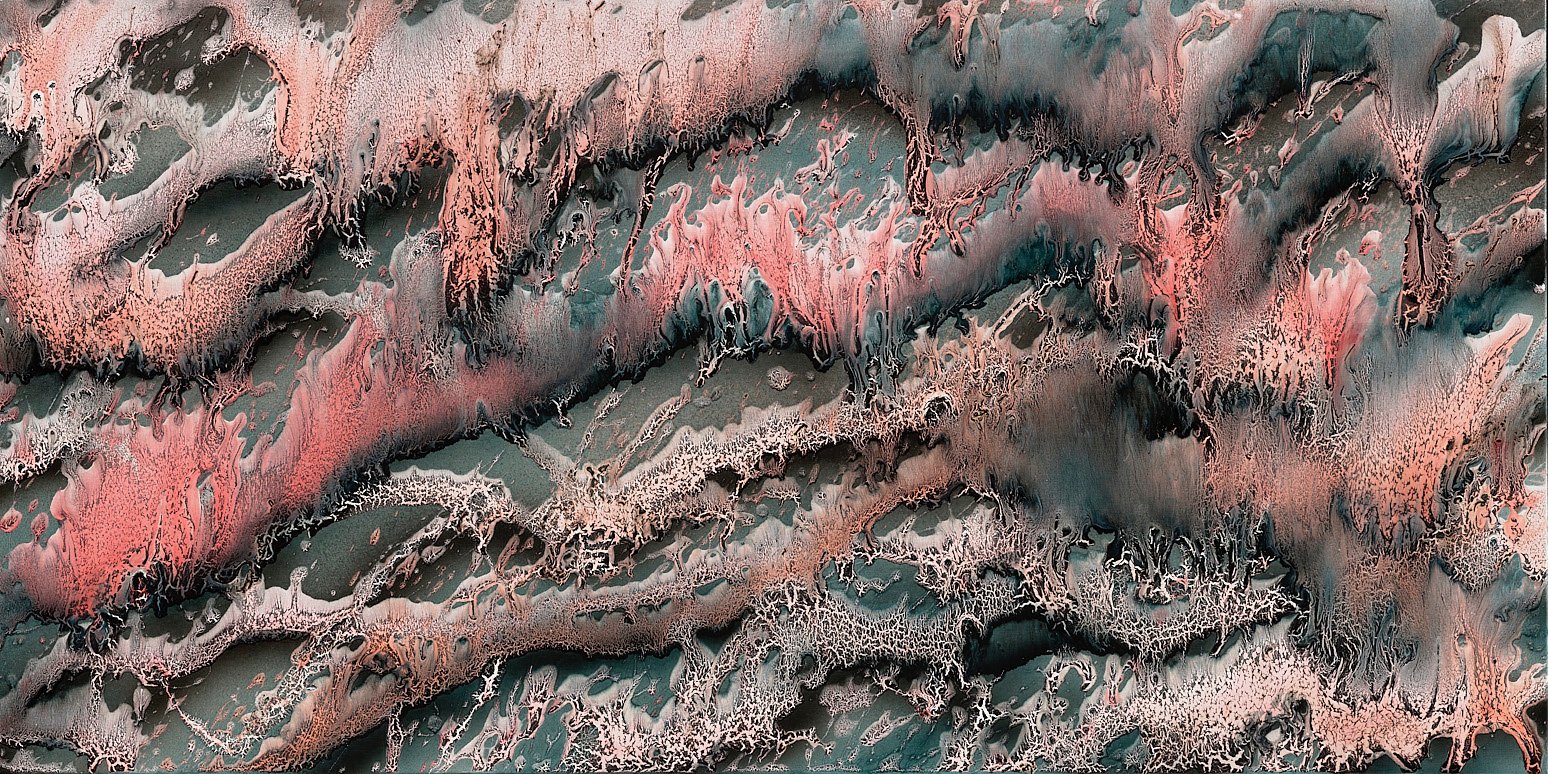 Densely layered, yet completely flat on the surface, Kucsora‘s paintings are an interplay of the macro and the micro, variously calling to mind blown-up views of microscopic matter, or telescopic views of the cosmos. Serpentine vines, the cellular structure of a piece of lichen, and the undertow of a wave, are some of the subjects her work spotlights. Each large-scale painting is minutely planned, sometimes for as long as a year, and executed in a single afternoon’s gestural and brushless “performance”. Though meticulously planned, Kucsora‘s liquid performances allow for, and invite, improvisation and unforeseen accidents, whether chemical reactions in the specific paints and additives which she uses, or complications in the drying process. As much as they are inspired by nature, the paintings are also about time, determined by the pace at which Kucsora works, whether fast or slow. Operating almost at the sensorimotor level, her paintings may be read as a metaphor for creation, and a collaboration between calculation and chance.

Born in Szeged, Hungary, in 1979, Márta Kucsora was educated at Montclair State University, New Jersey and at the Hungarian University of Fine Arts in Budapest, where she now lives and works. She has exhibited at home and internationally since 2007, including solo shows at the Kunsthalle Budapest and Kálmán Makláry Fine Arts, Budapest; Postmasters Gallery, New York; and The Concept Space, London. Her works feature in the collections of the Hungarian National Bank, Deji Art Museum in Nanjing, China, 21C Museum, Louisville, Kentucky, and Sammlung Lupa, among others. Budapest Flow is her first exhibition with Patricia Low Contemporary.