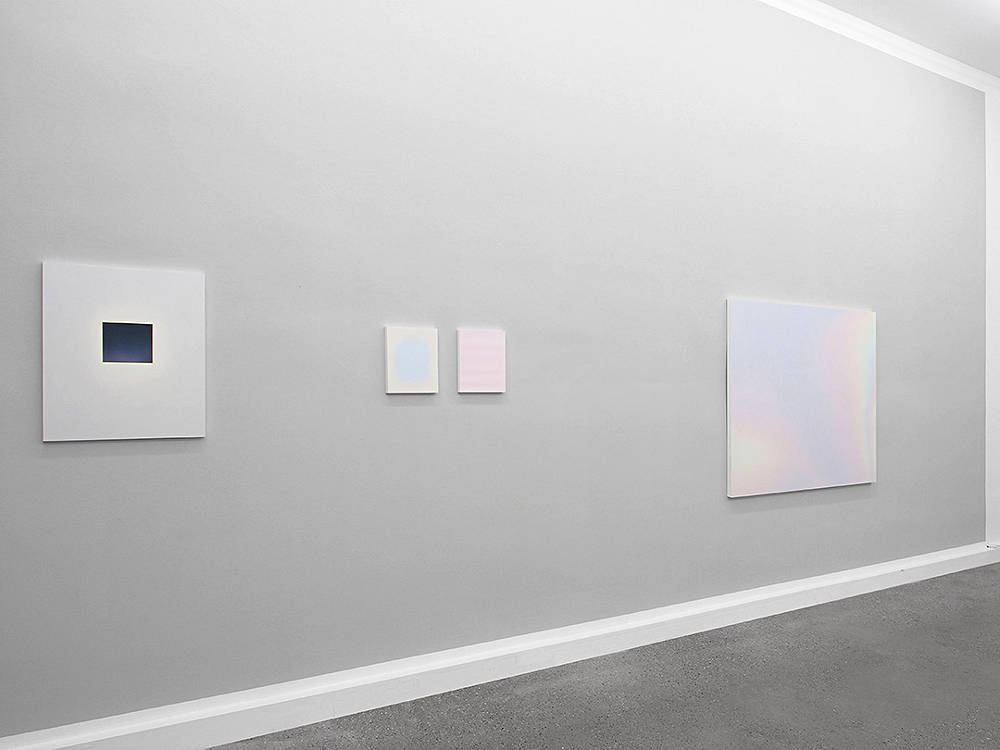 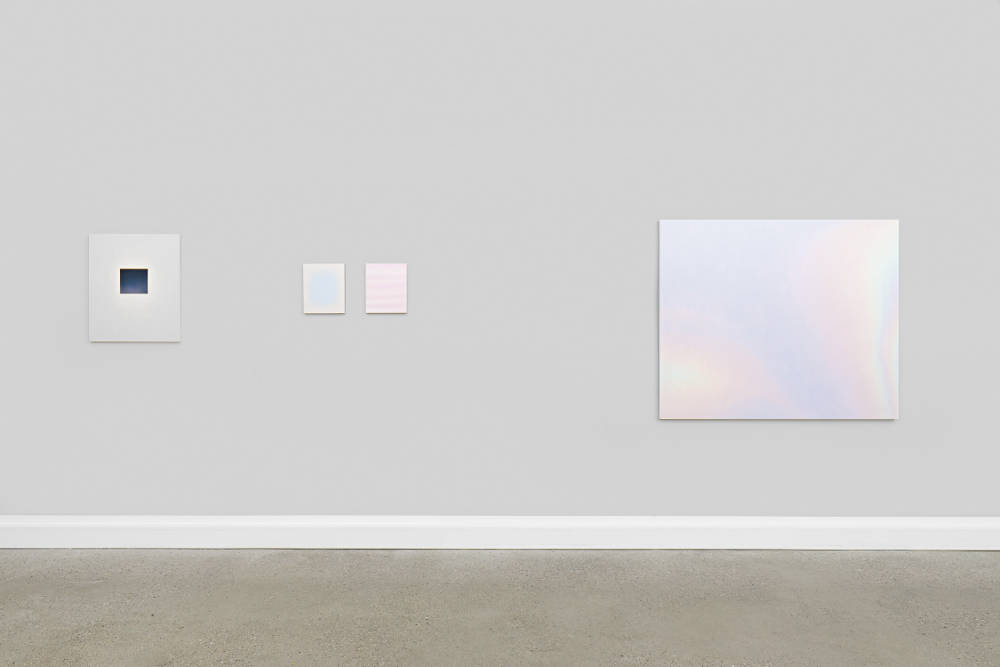 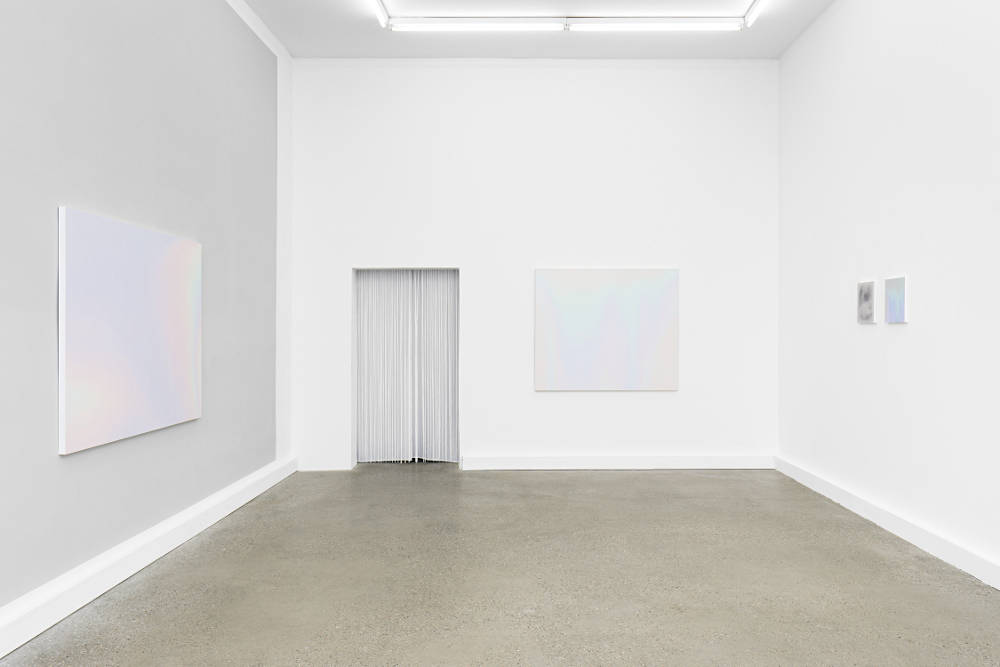 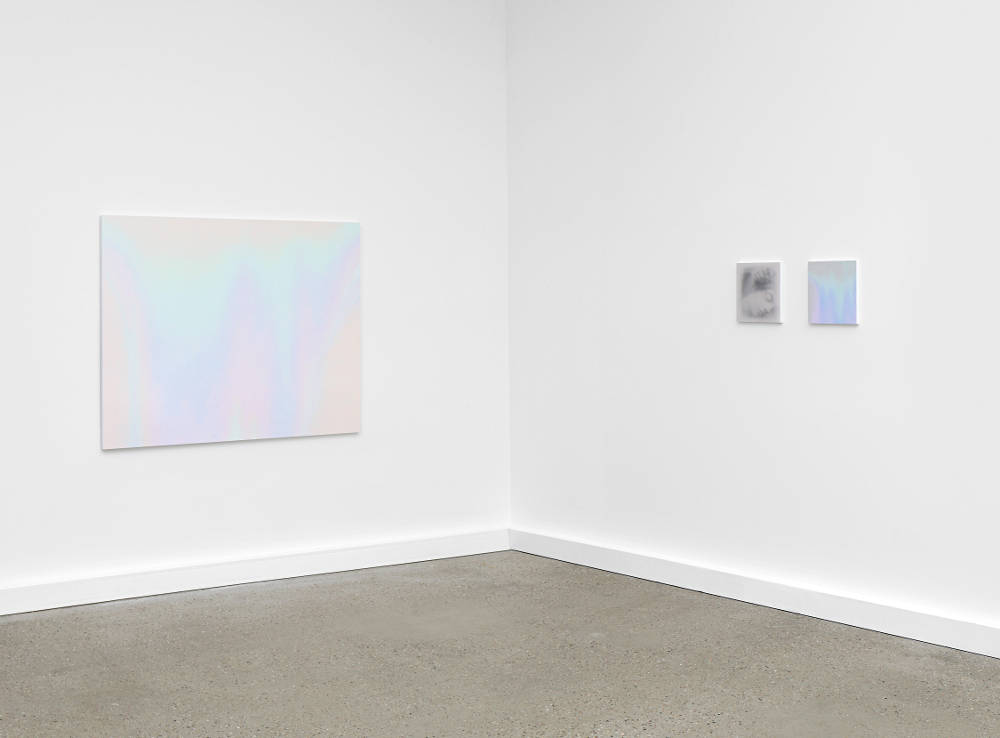 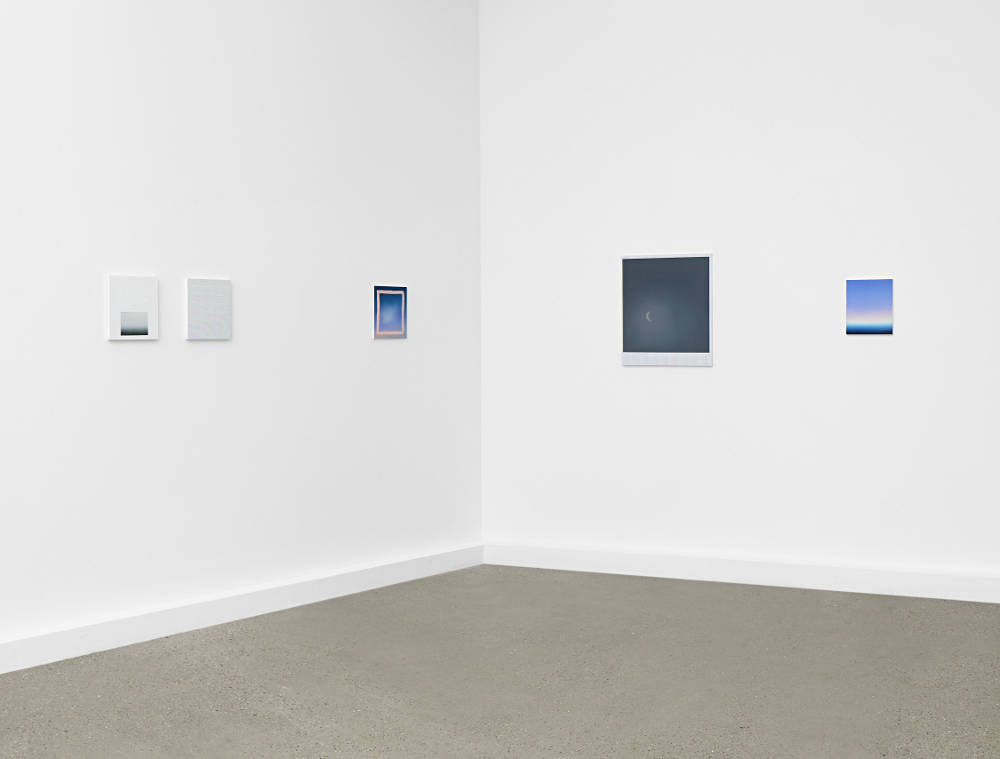 The artist’s paintings shimmer with light. The pastel tones glimmer softly, transitioning from one tone to the next in such a way that the transitions are barely perceptible. These paintings are their own unique cosmos. Without anything happening, without narrative, contour or shade, they simply embody SOFT LUCIDITY!

Marlen Letetzki’s paintings don’t express anything tangible. But they captivate the viewer, engaging the eye that wants to make sense of them. Letetzki’s paintings are about pure appearance – they unfold and are at one with themselves in an artificial light, a universe of artificial being. However, when the painter takes an adhoc approach and applies paint so thickly that you really see it on the painting’s lucid surface, then the viewer once again experiences a longing for something tangible – for something palpable in the course of dialoguing with the painting.

Marlen Letetzki (born in 1990 in Weimar; lives and works in Berlin) attended Berlin University of the Arts (Universität der Künste/UdK), where she completed her master’s degree with Professor Christine Streuli. She also attended Chelsea College of Art and Design, London, while simultaneously studying philosophy at Humboldt University, Berlin. In 2016, Marlen Letetzki was the recipient of the Master Student Prize awarded by the president of Berlin University of the Arts.