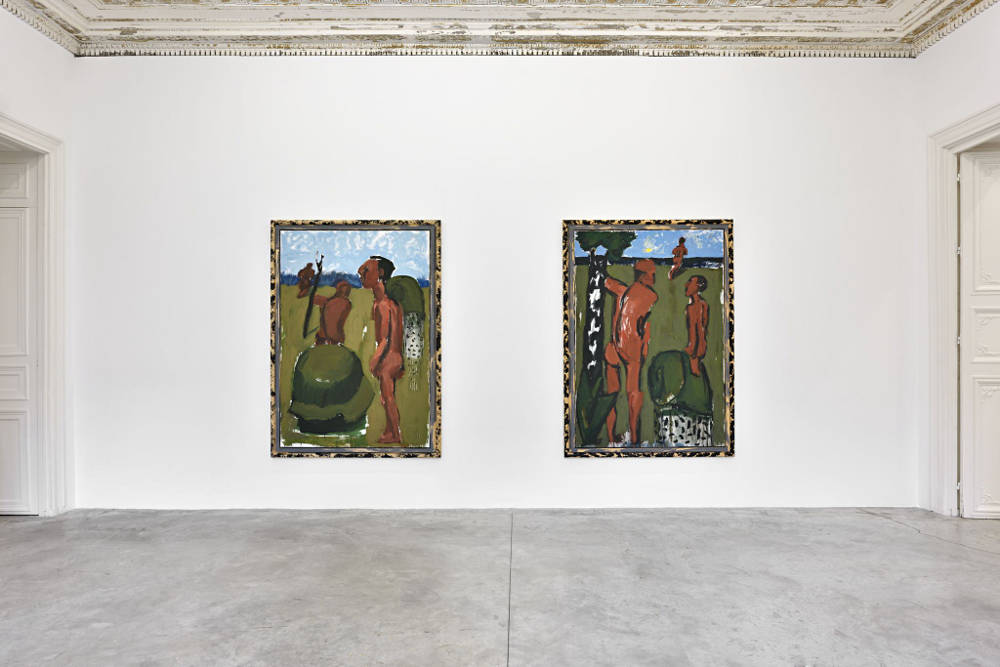 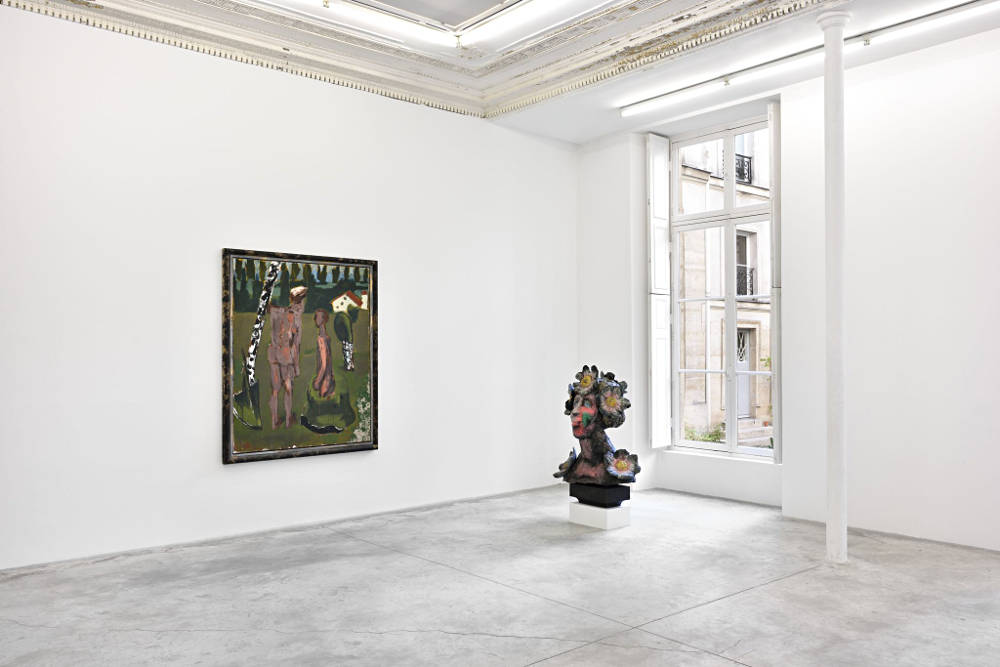 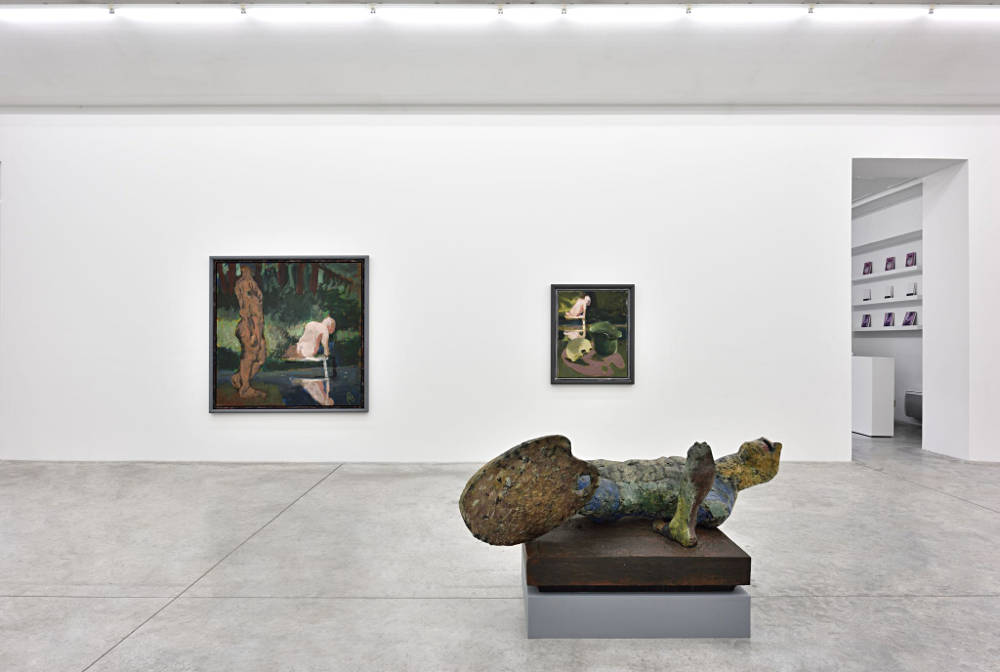 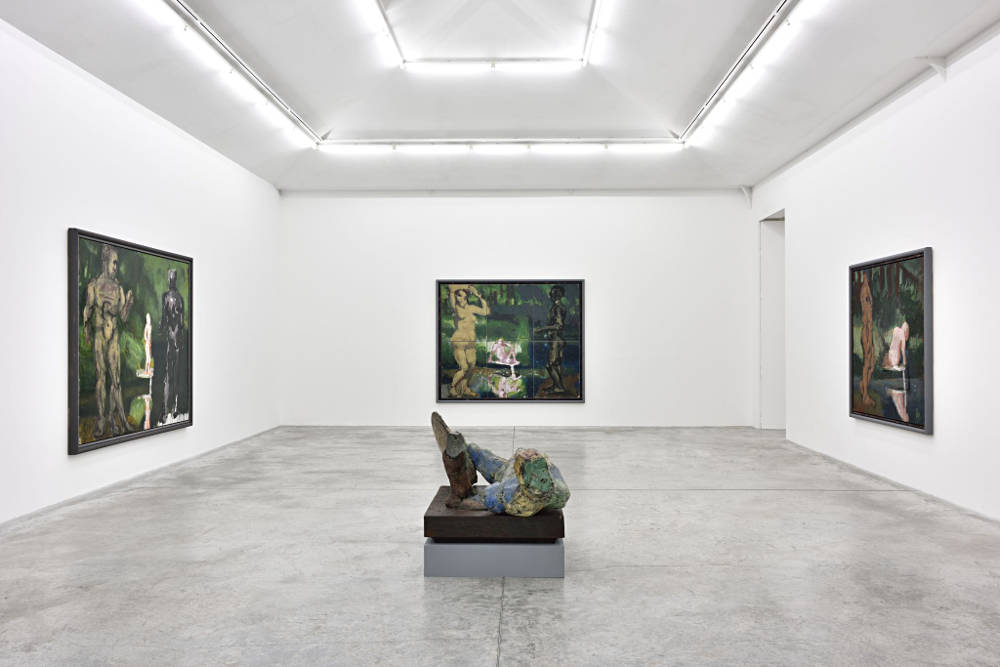 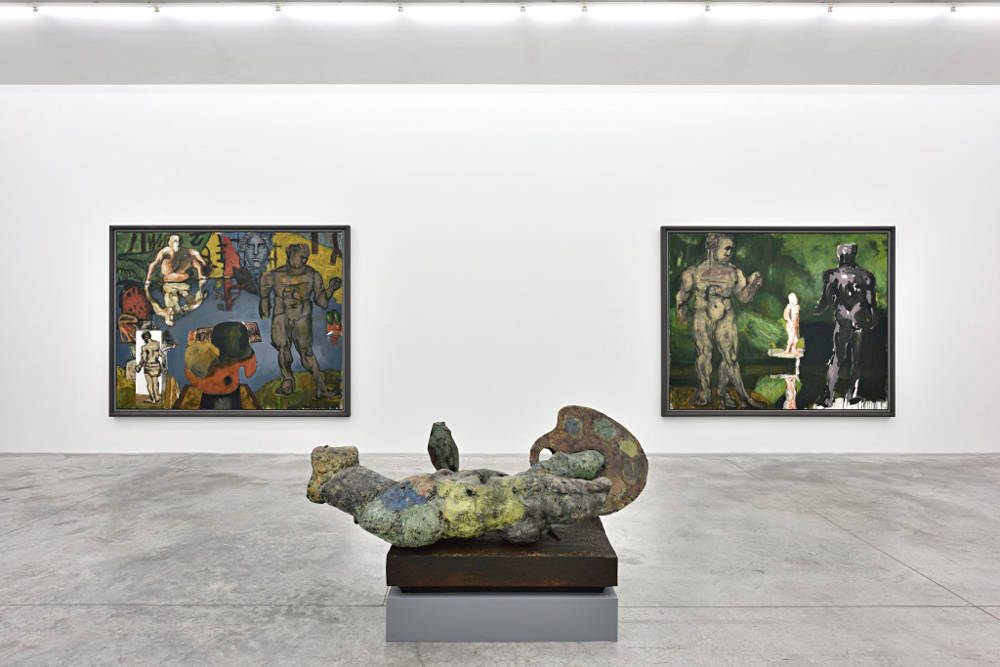 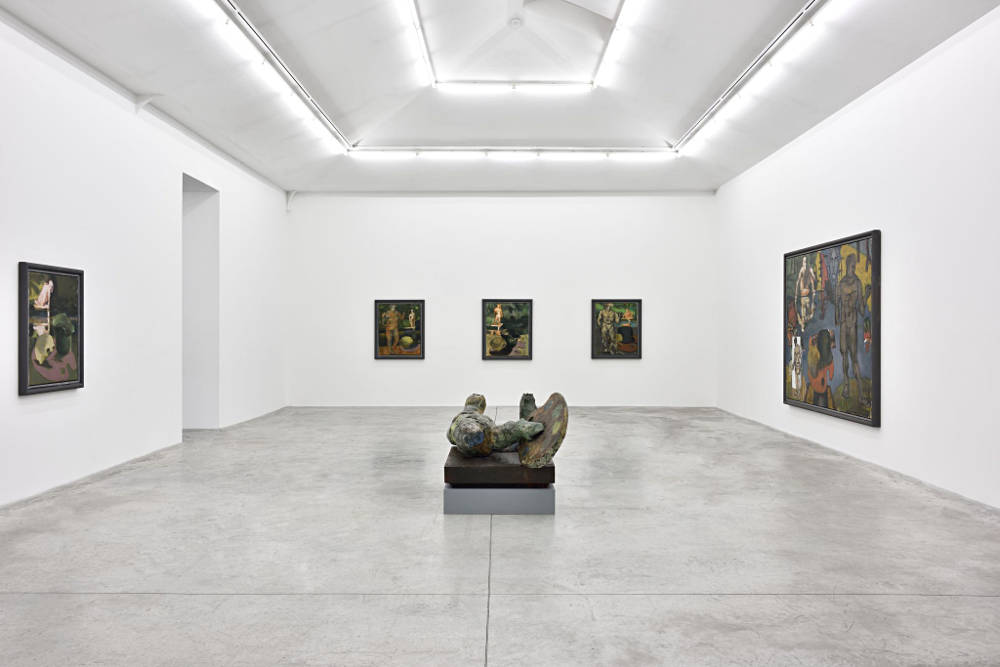 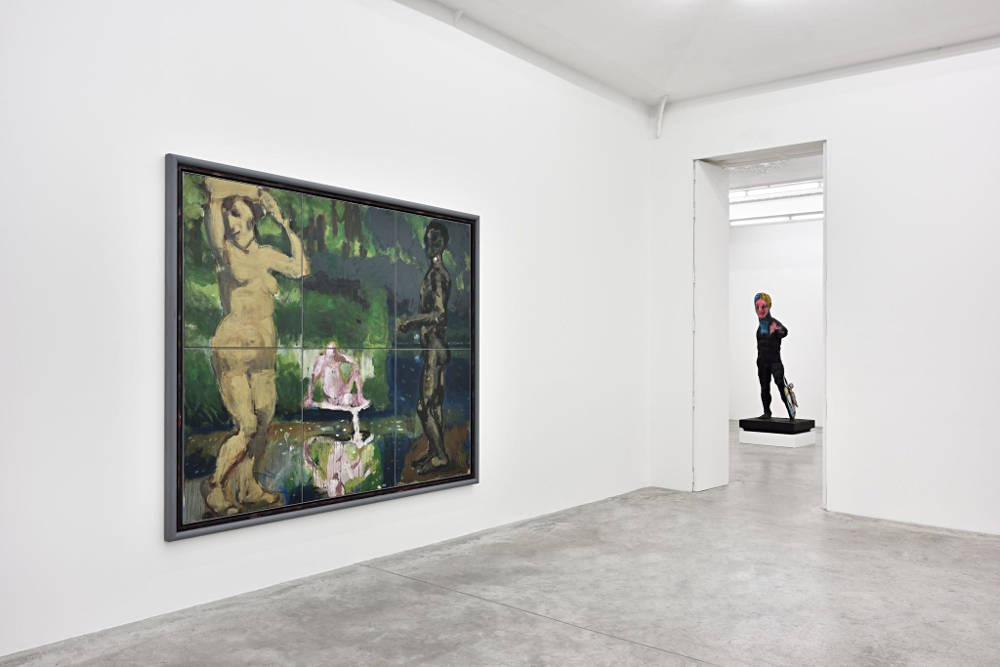 Inspired by the idyllic, pastoral motif and its recurrence throughout the canon of art history from Greek antiquity to the Renaissance, Lüpertz’s arcadia works depict a confluence of classical forms and mythical figures.

Born in Liberec (formerly Reichenberg), Bohemia, in 1941, the artist fled as a child with his family to West Germany’s Rhineland. As a teenager, he attended the School of Applied Arts in Krefeld. A truncated period at the Kunstakademie Düsseldorf and a short spell in Paris introduced him to art history’s methods and masterpieces, but it was only on moving to West Berlin in 1962 that he found an artistic community in which he would flourish – Georg Baselitz, A.R. Penck, and Jörg Immendorff among them – and quickly emerged as a force to be reckoned with in German post-war art.

Less mentioned, yet equally grand is the production of Markus Lüpertz, who has been active in the fields of painting, sculpture, poetry, editing, education and piano playing for over fifty years. Lüpertz’s solution, and his first major contribution to contemporary art, was the ‘dithyramb’. Inspired by the fabled ecstatic chants of Dionysian revellers, he embarked on a series of paintings in which he worked obsessively over shapes and forms. Over the decades, Lüpertz has painted motifs culled from sources as diverse as fashion advertising, Romantic landscapes, and cubist still life’s. If horrors are portrayed as images in the graphic compositions of other series such as War and German Motifs (1970 – 1976), the artist finds a way of evoking them even in his most abstract works. He’s created bodies of work devoted to specific classical heroes, and a series of Arcadias (2001), which pulls them together in verdant settings. 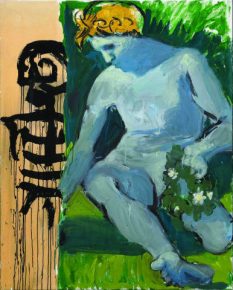