Steve Turner presents Body Double, a solo exhibition by Jersey City-based Mark Yang which features paintings that he created throughout 2020, some during his final months in Columbia’s MFA program prior to Covid and the rest after the shutdown. 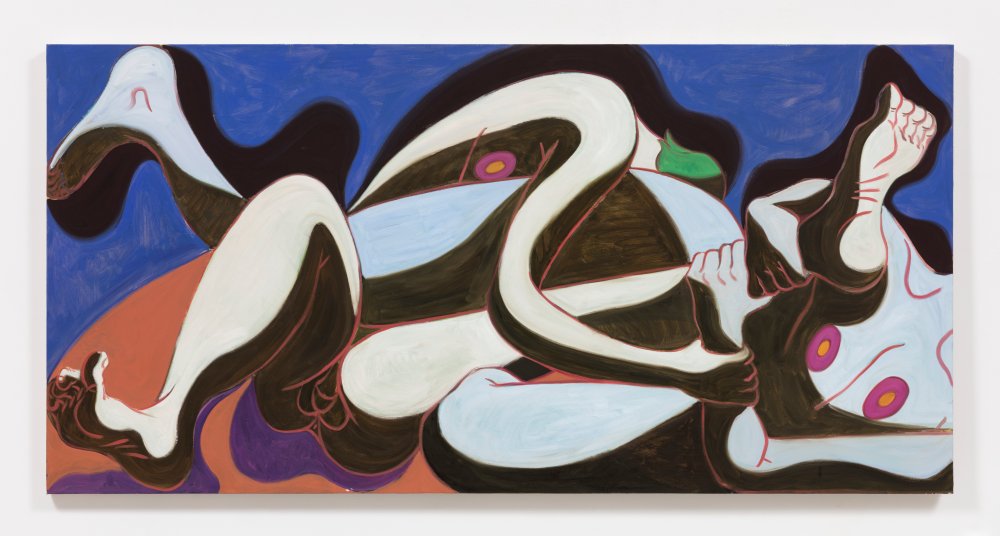 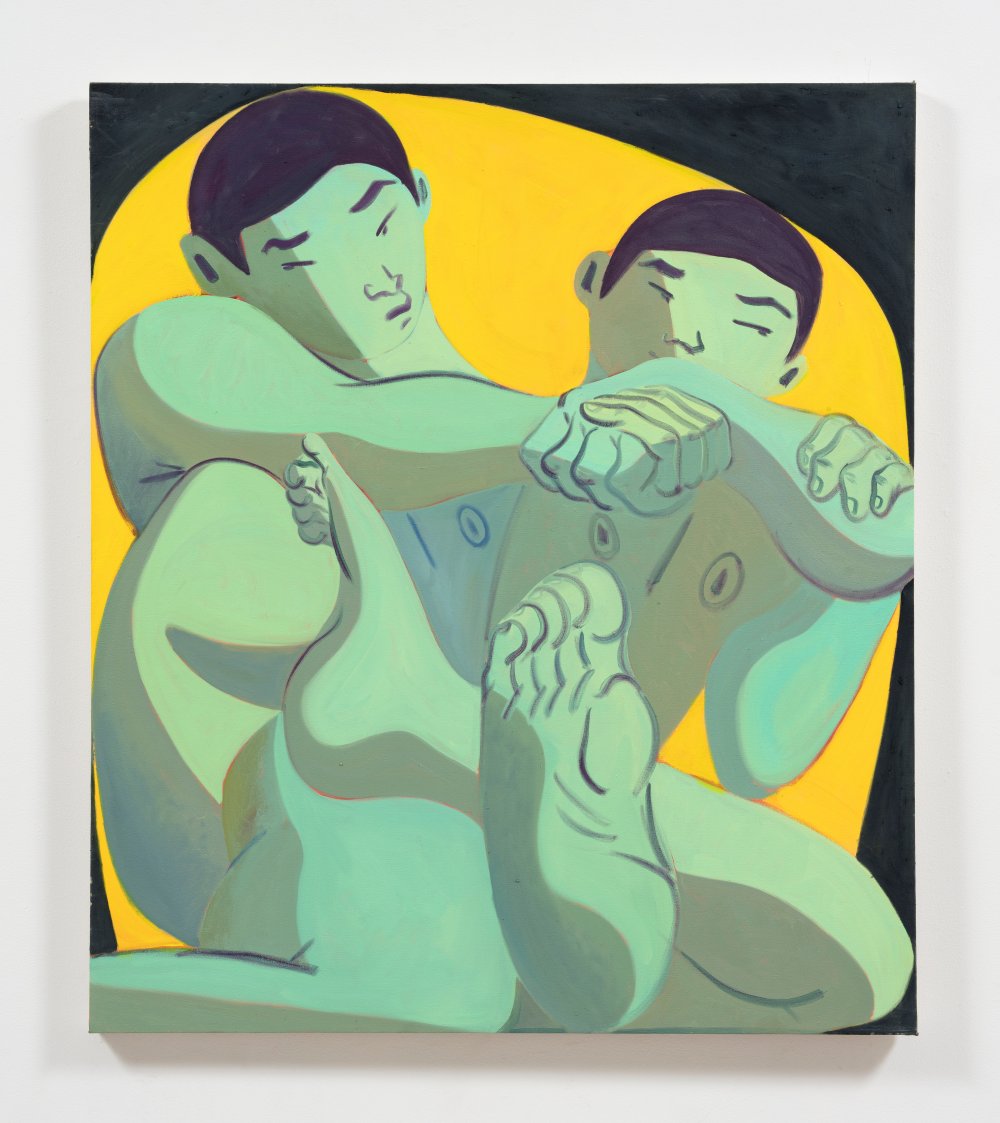 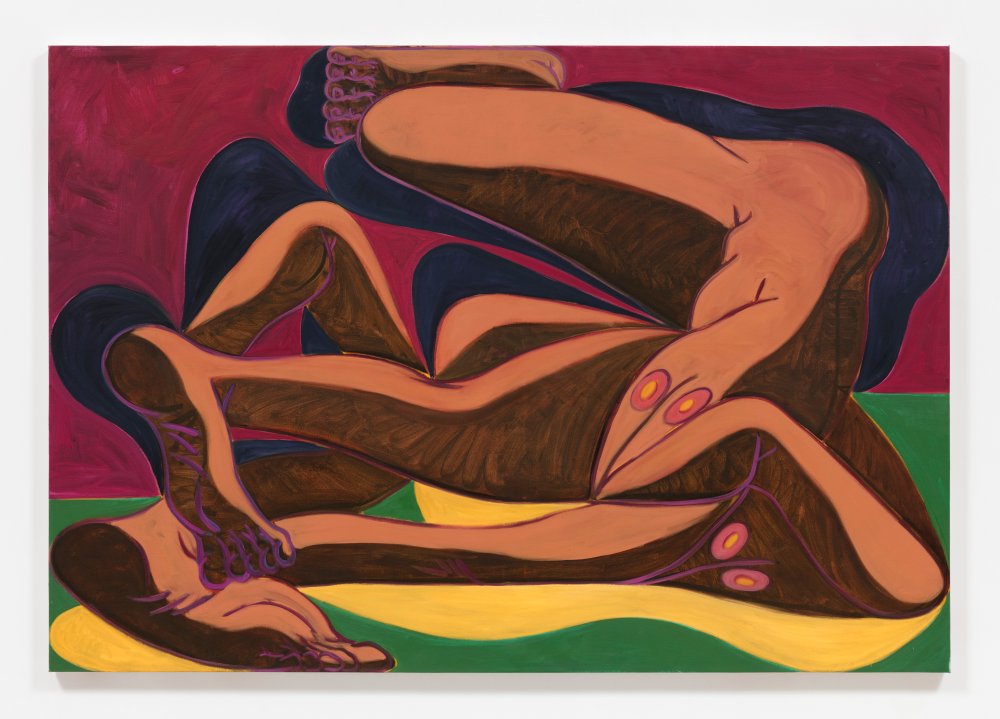 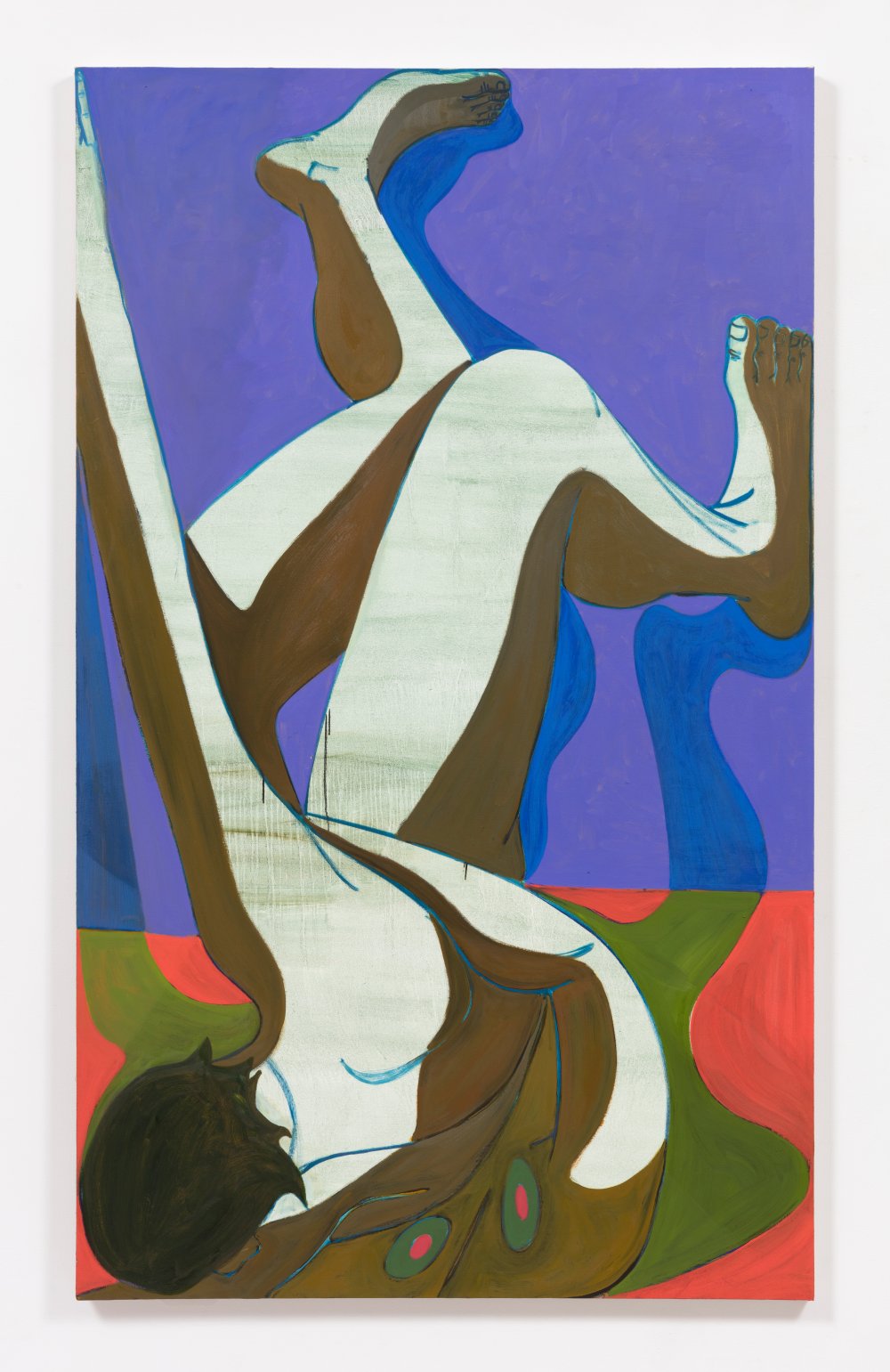 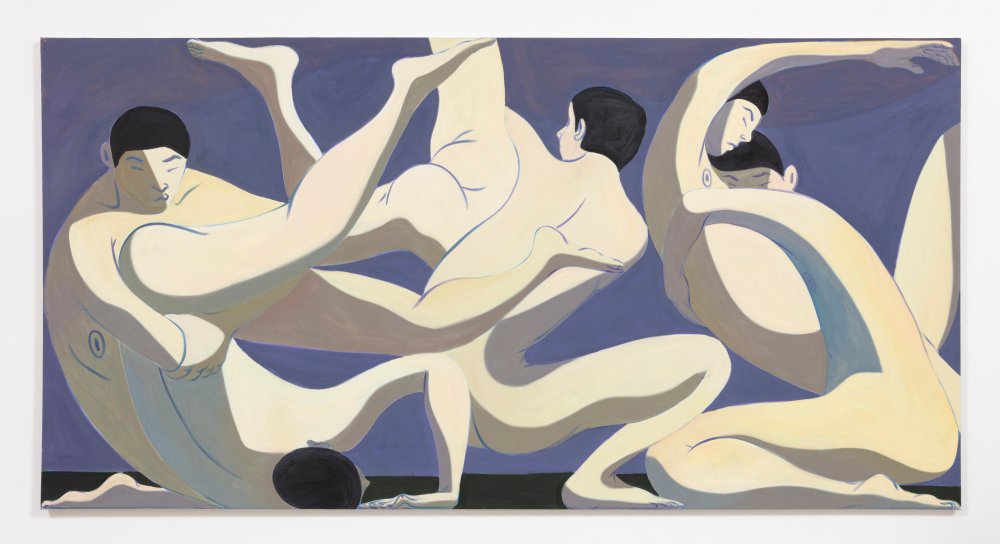 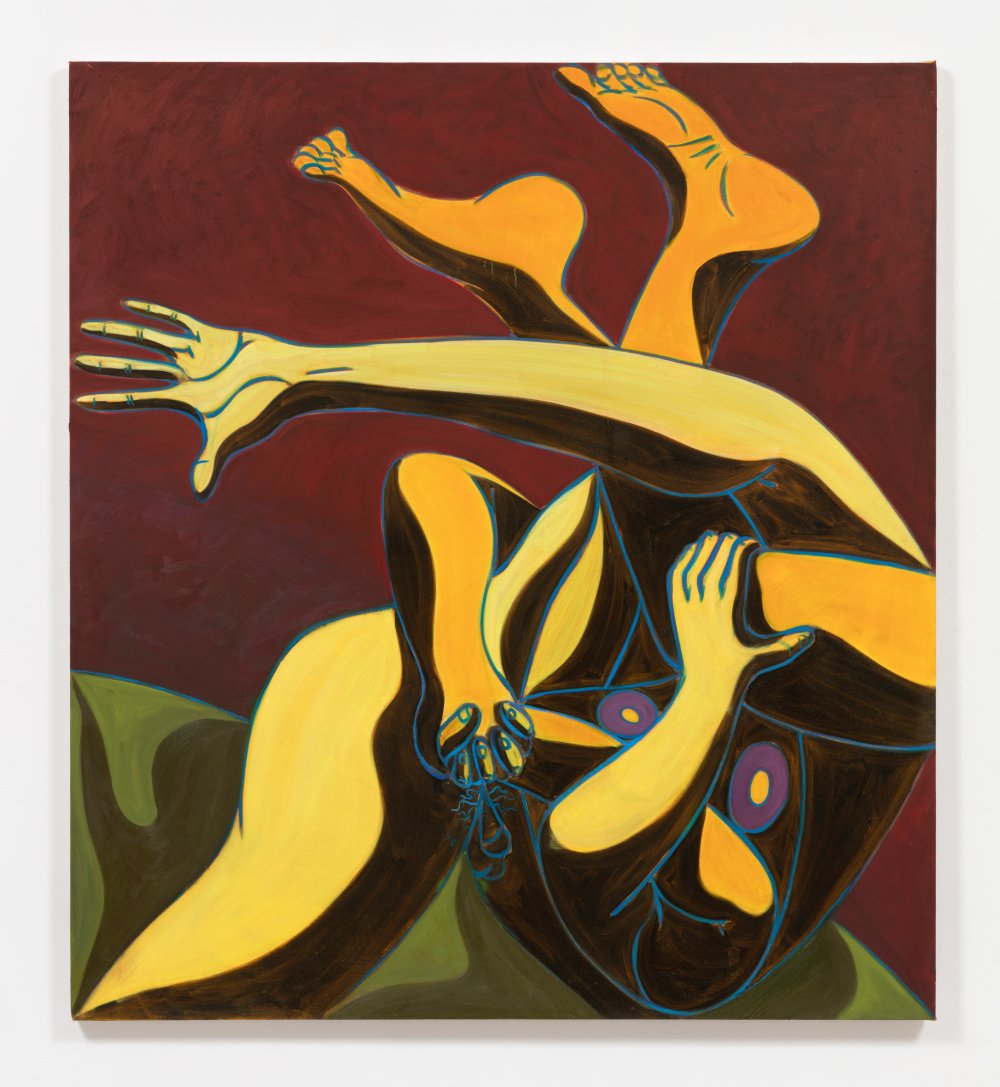 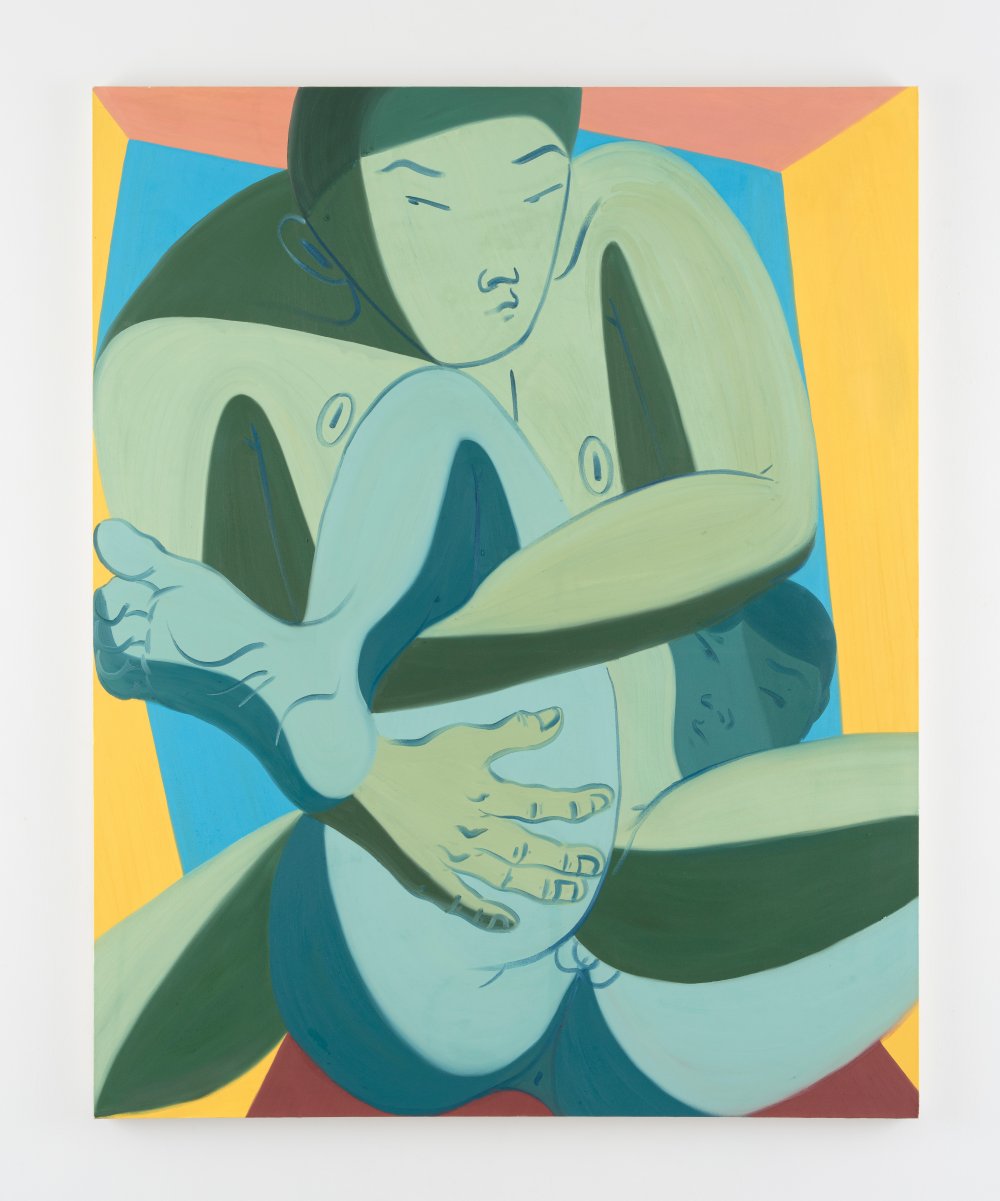 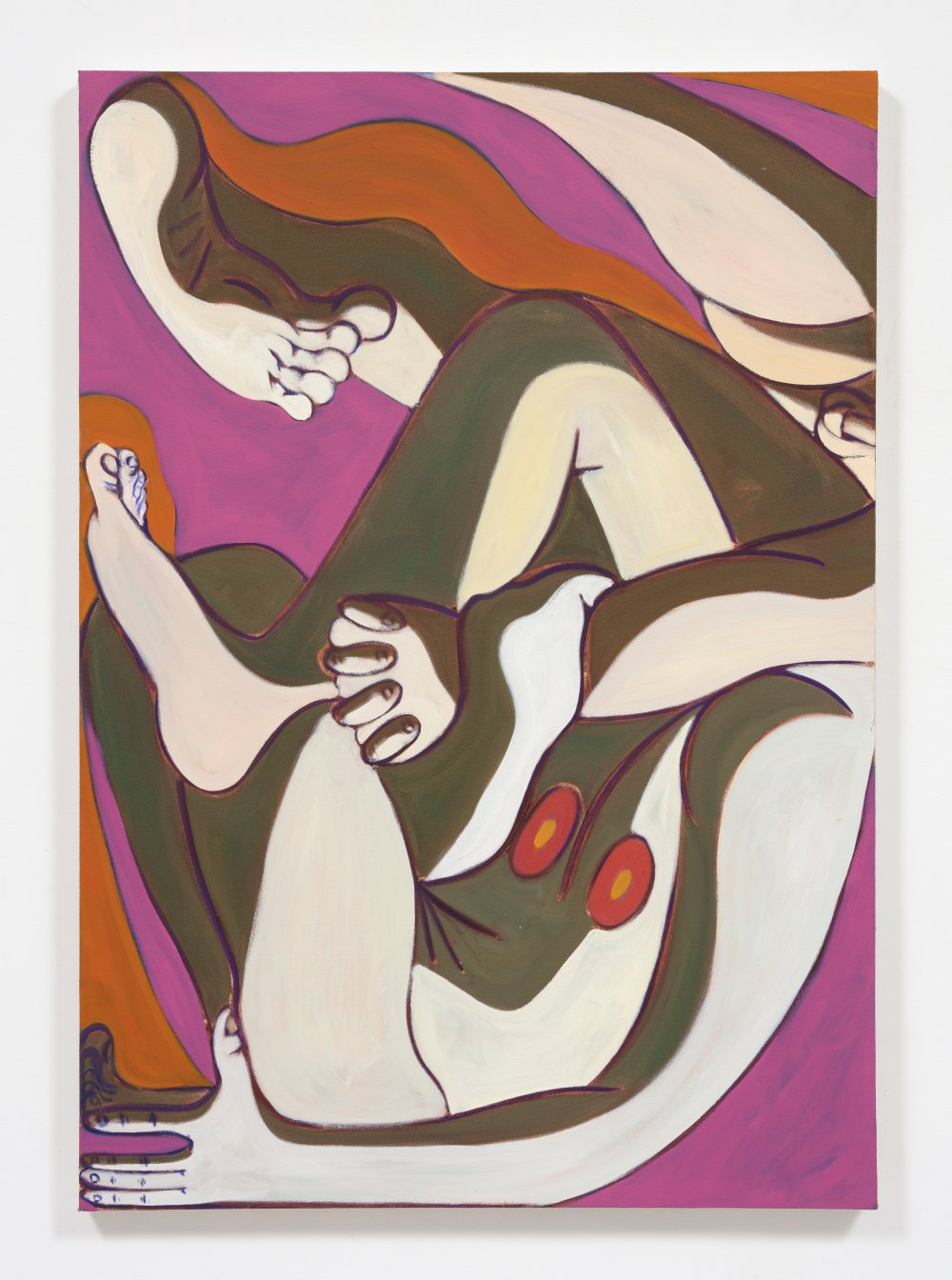 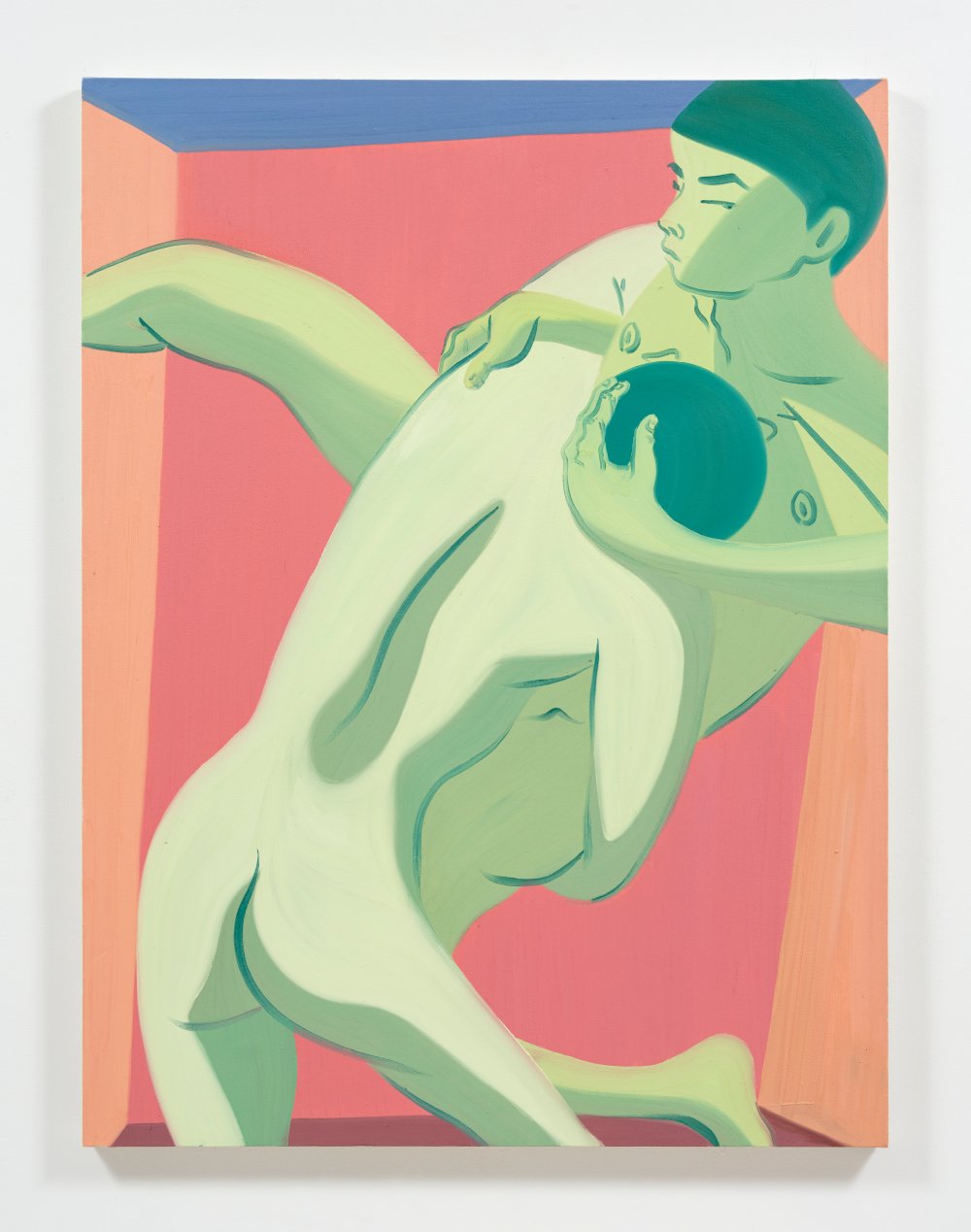 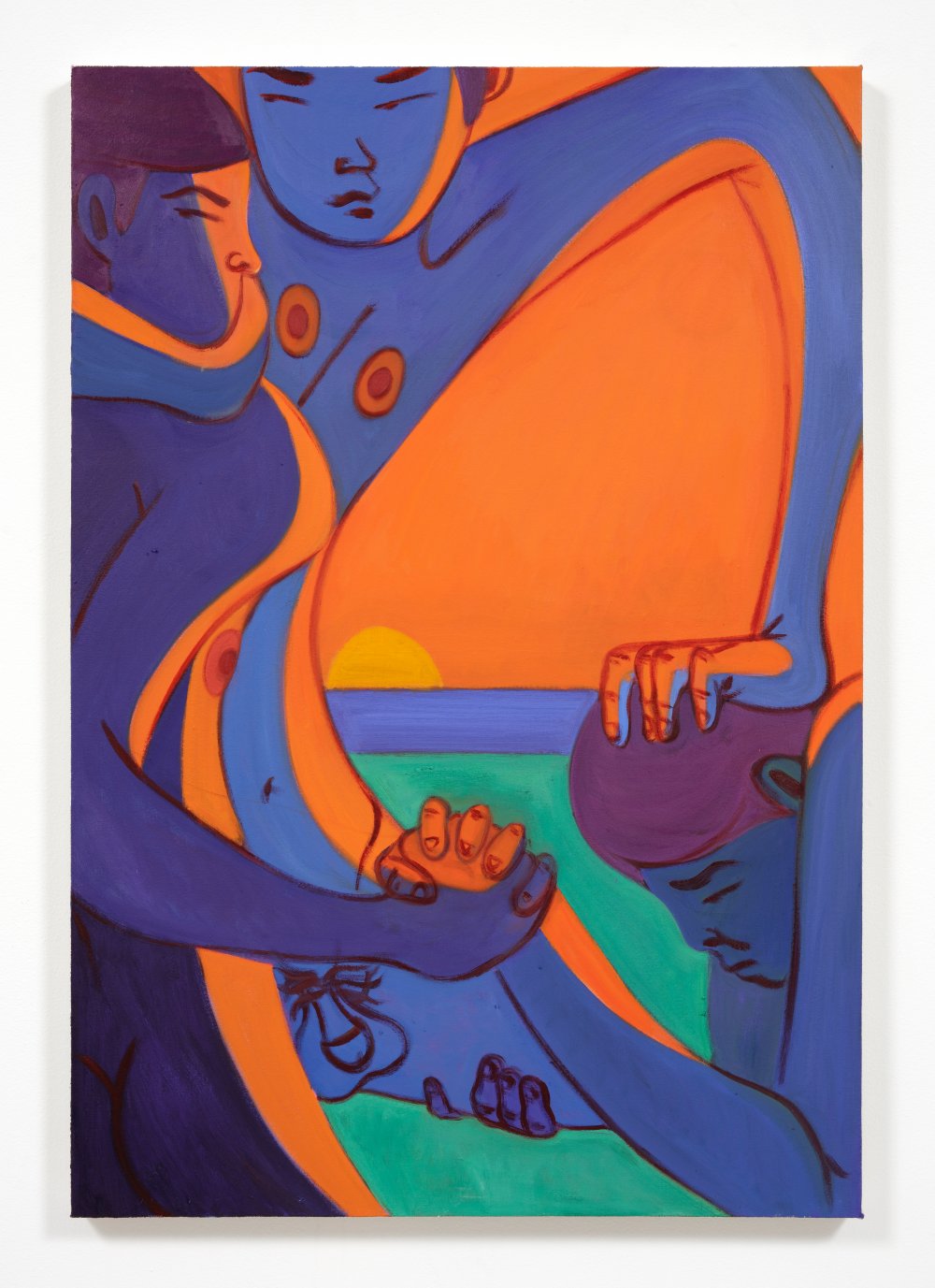 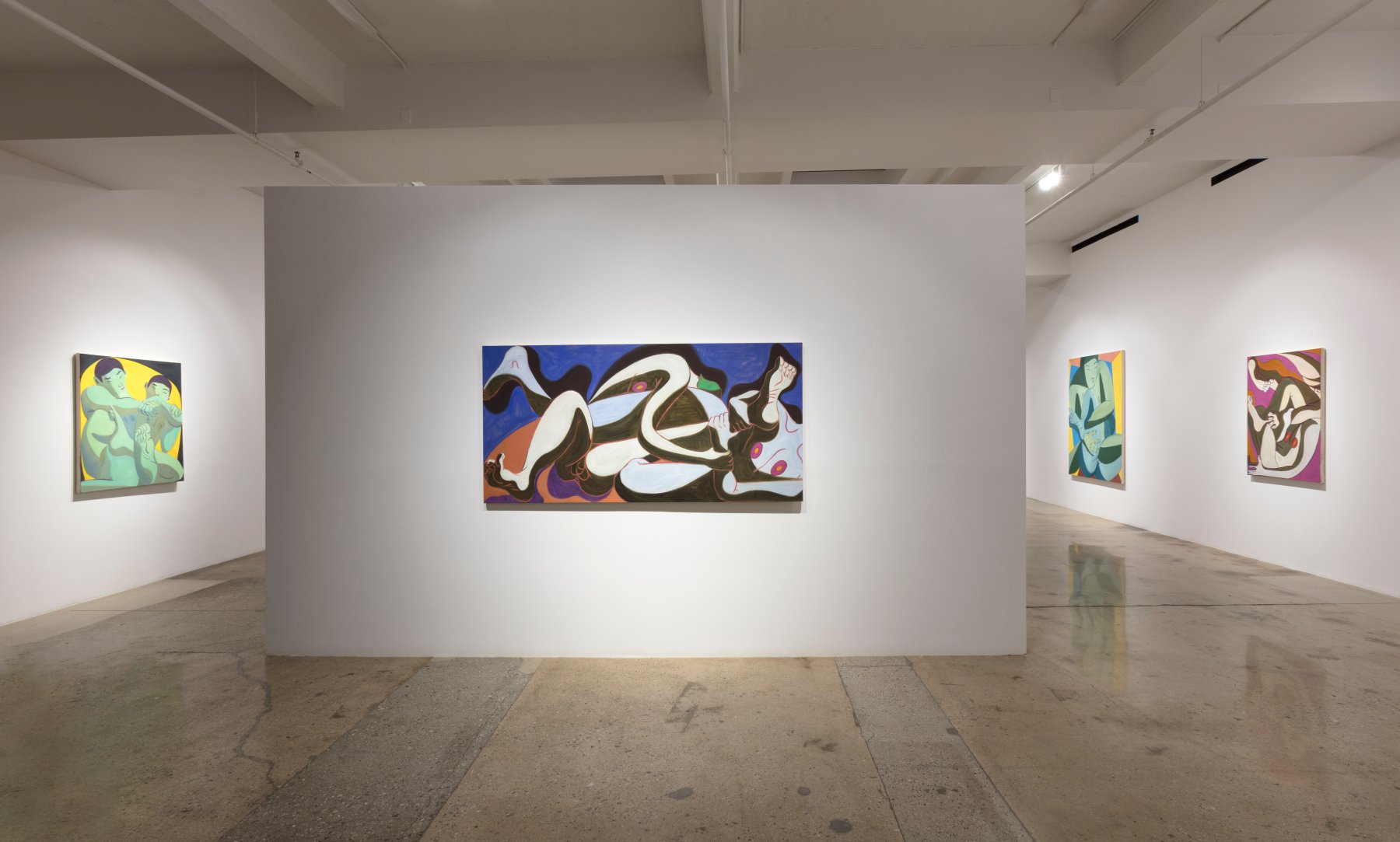 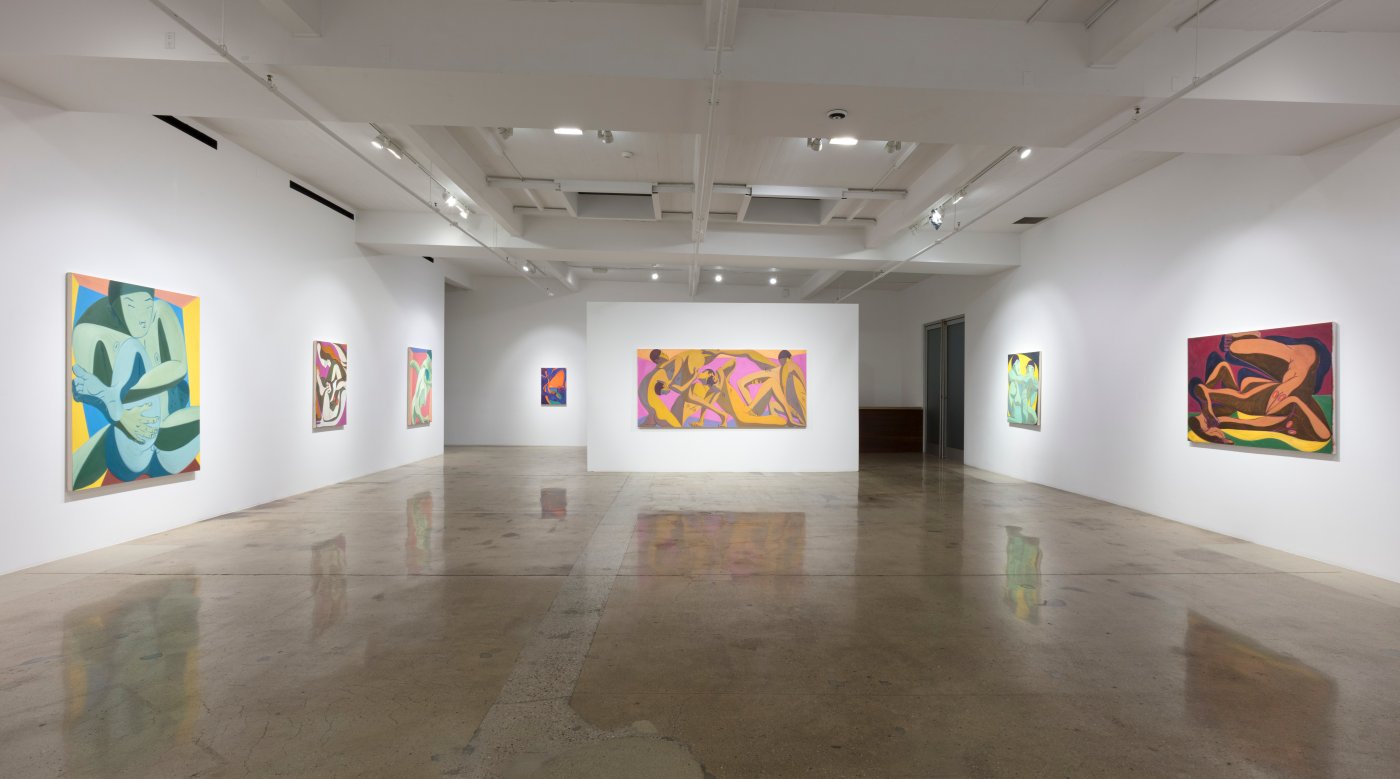 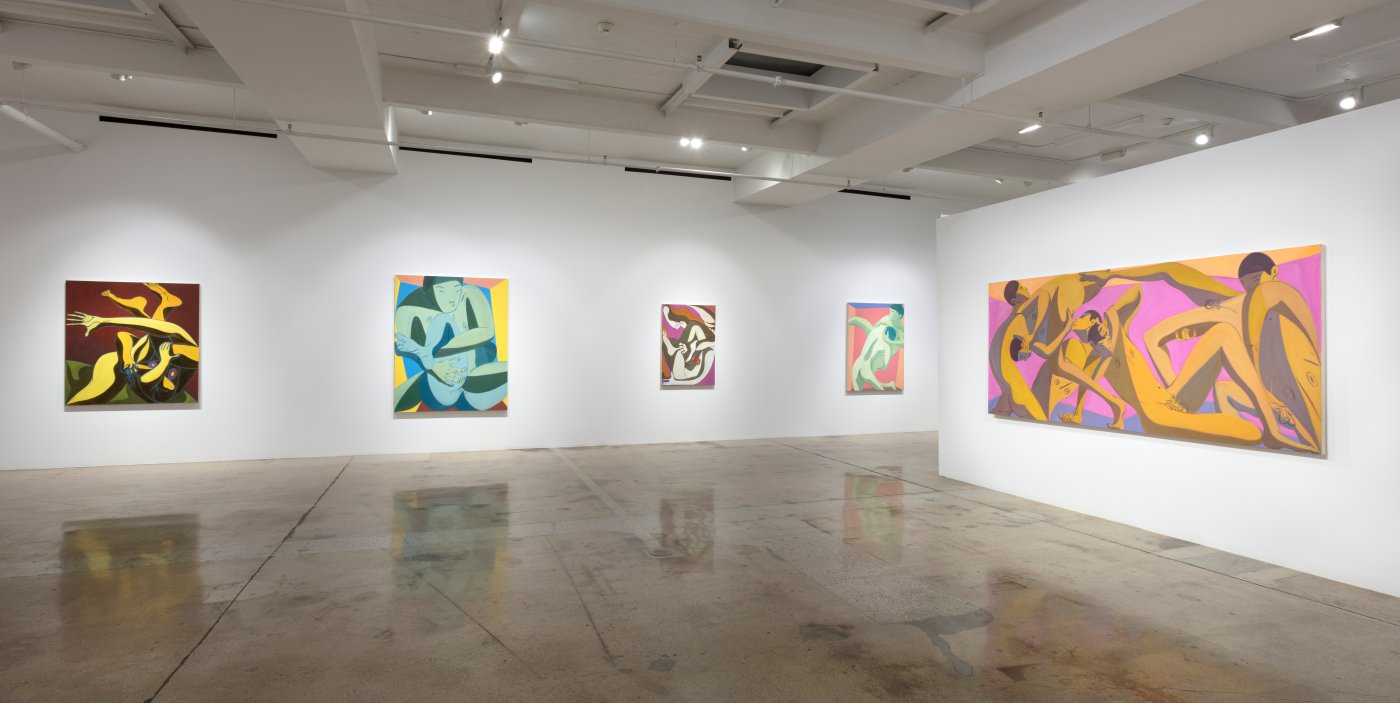 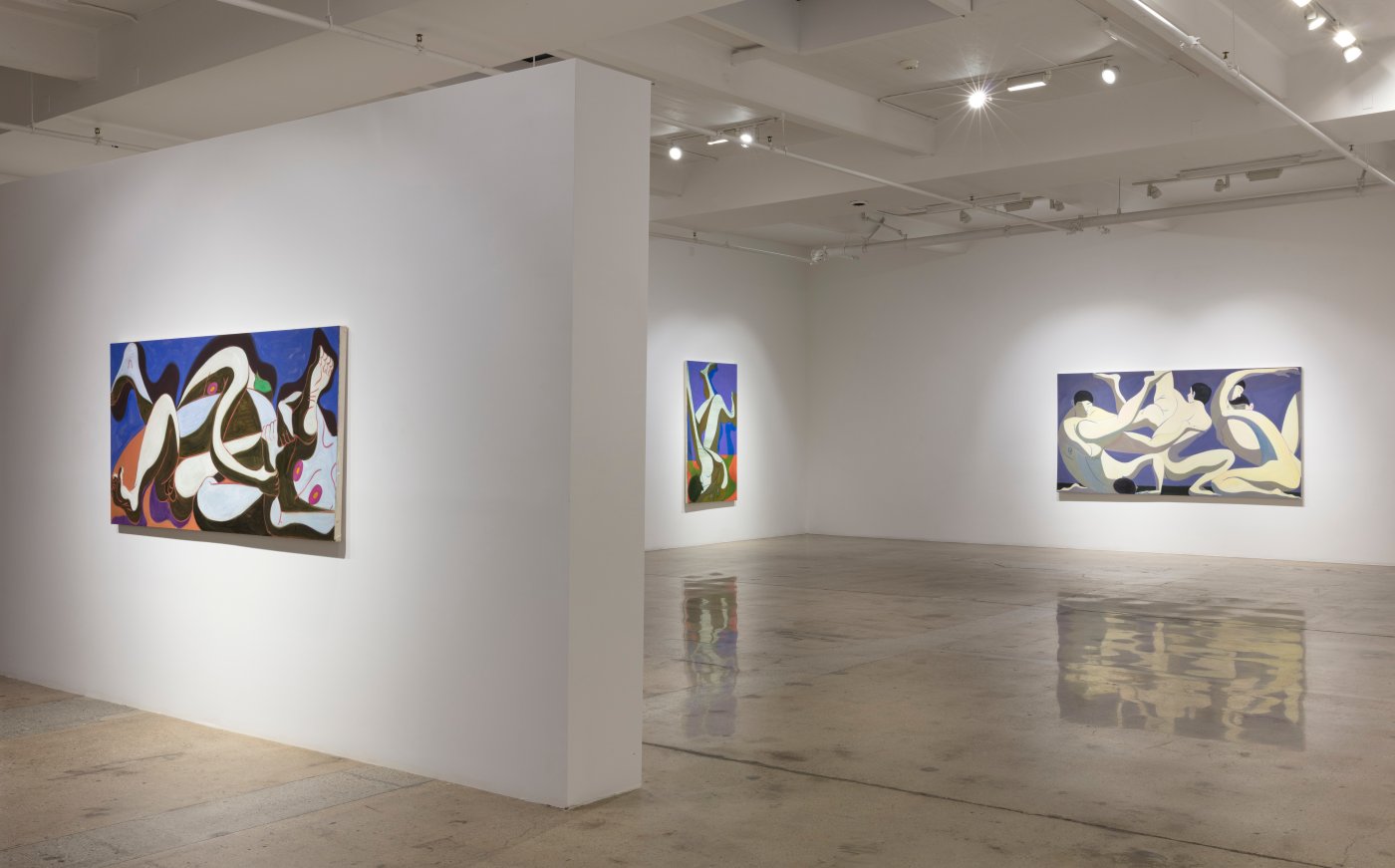 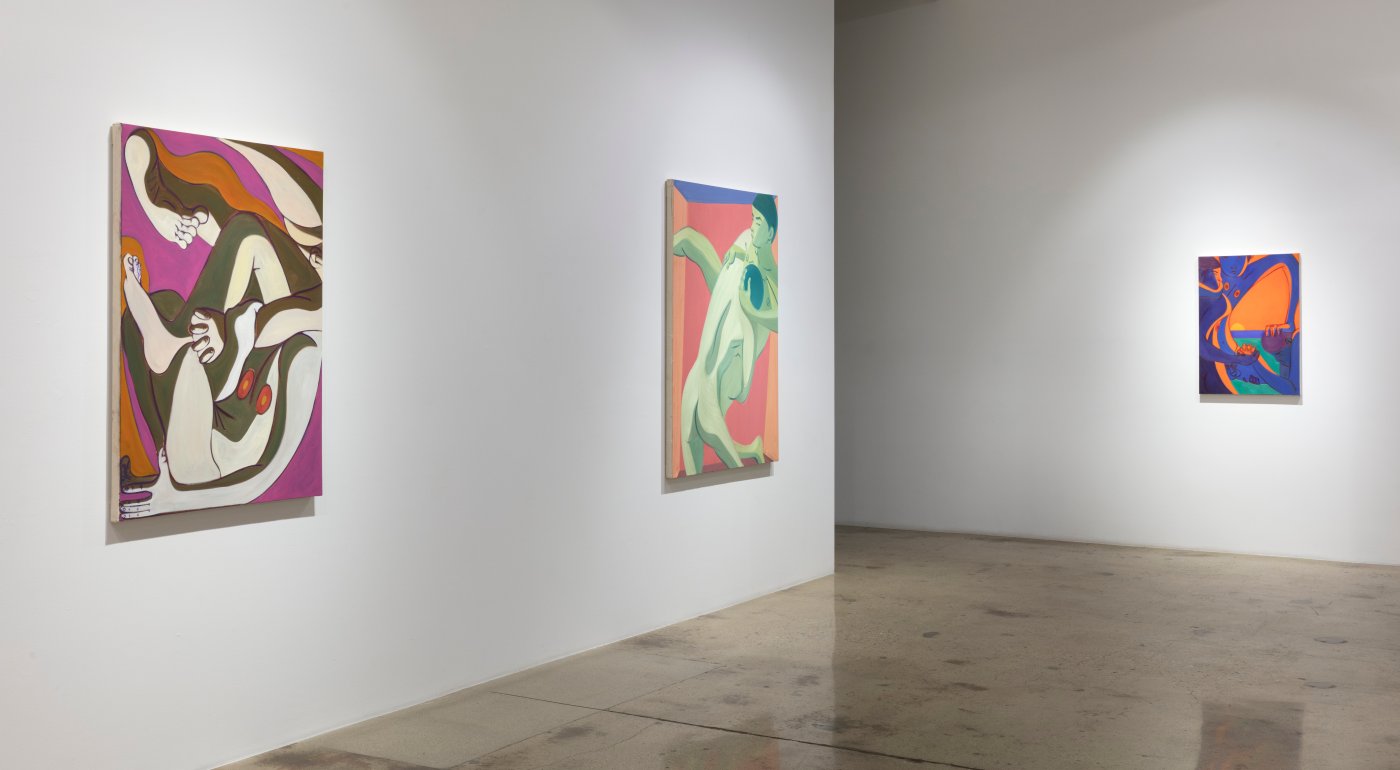 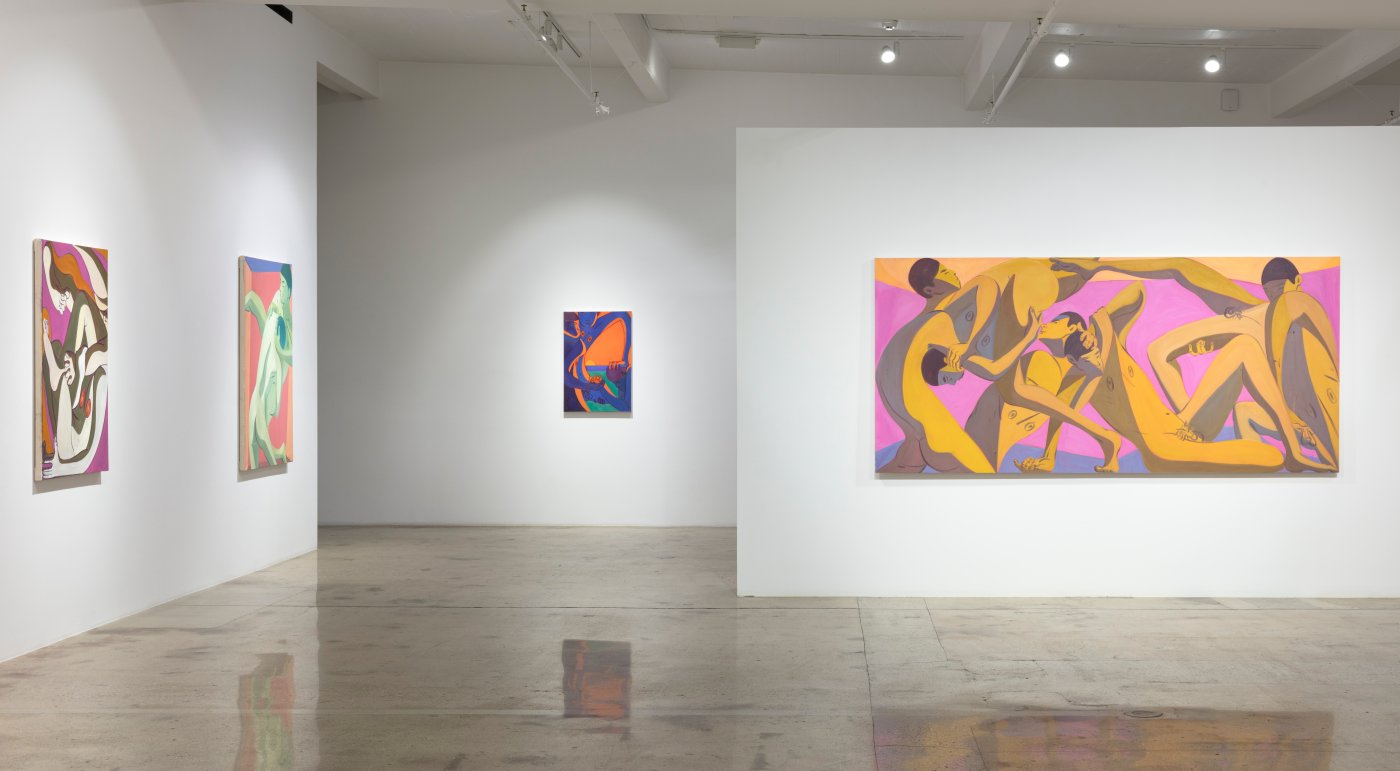 Yang’s painting practice is rooted in his desire to incorporate formal concerns relating to color, line and composition while addressing his identity as an immigrant, a Korean-American and a man. The earlier paintings depict two nude Asian men wrestling. Over the course of 2020, his palette blossomed with bolder color while his figures became more ambiguous–the specificity of racial identity receded. He added more figures to the compositions making his scenes a choreography of impossible body configurations rather than one arising from a specific wrestling maneuver. By the end of the year he zoomed in on the bodies to such an extent that the figures’ heads were outside the picture frame. In depicting nude male bodies in close proximity–wrestling, grappling and contorting–Yang aims to convey an aspect of male intimacy that is more common in Korean culture than in American culture. In doing so, he connects his work to art historical forbearers–Greek vessels, Eakins, Muybridge, Bacon and Mapplethorpe. While there are many categories within identity-based contemporary art, the one irreducible category is the body. Despite differences of ethnicity, nationality, belief, gender and sexual orientation, everyone has a body. Starting with this basic understanding, Yang adds his vision of the male body to the history of art.