Mark Tobey: TOBEY or not to be ?

Mark Tobey: TOBEY or not to be ?

I have discovered many a universe on paving stones and tree barks. I know very little about what is generally called “abstract” painting. Pure abstraction would mean a type of painting completely unrelated to life, which is unacceptable to me. I have sought to make my painting “whole” but to attain this I have used a whirling mass. I take up no definite position. Maybe this explains someone’s remark while looking at one of my paintings: “Where is the centre?”
Letter from Mark Tobey (February 1, 1955), exhibition catalogue, Musée des Arts décoratifs, 1961

On the occasion of the 130th anniversary of the birth of Mark Tobey (1890 – 1976), the exhibition offers a convergence of perspectives: that of the the Galerie Jeanne Bucher Jaeger, the artist’s historical gallery in Europe, that of a French private collection, the Collection de Bueil & Ract-Madoux and that of a Museum the Mnam / Cci Centre Pompidou. 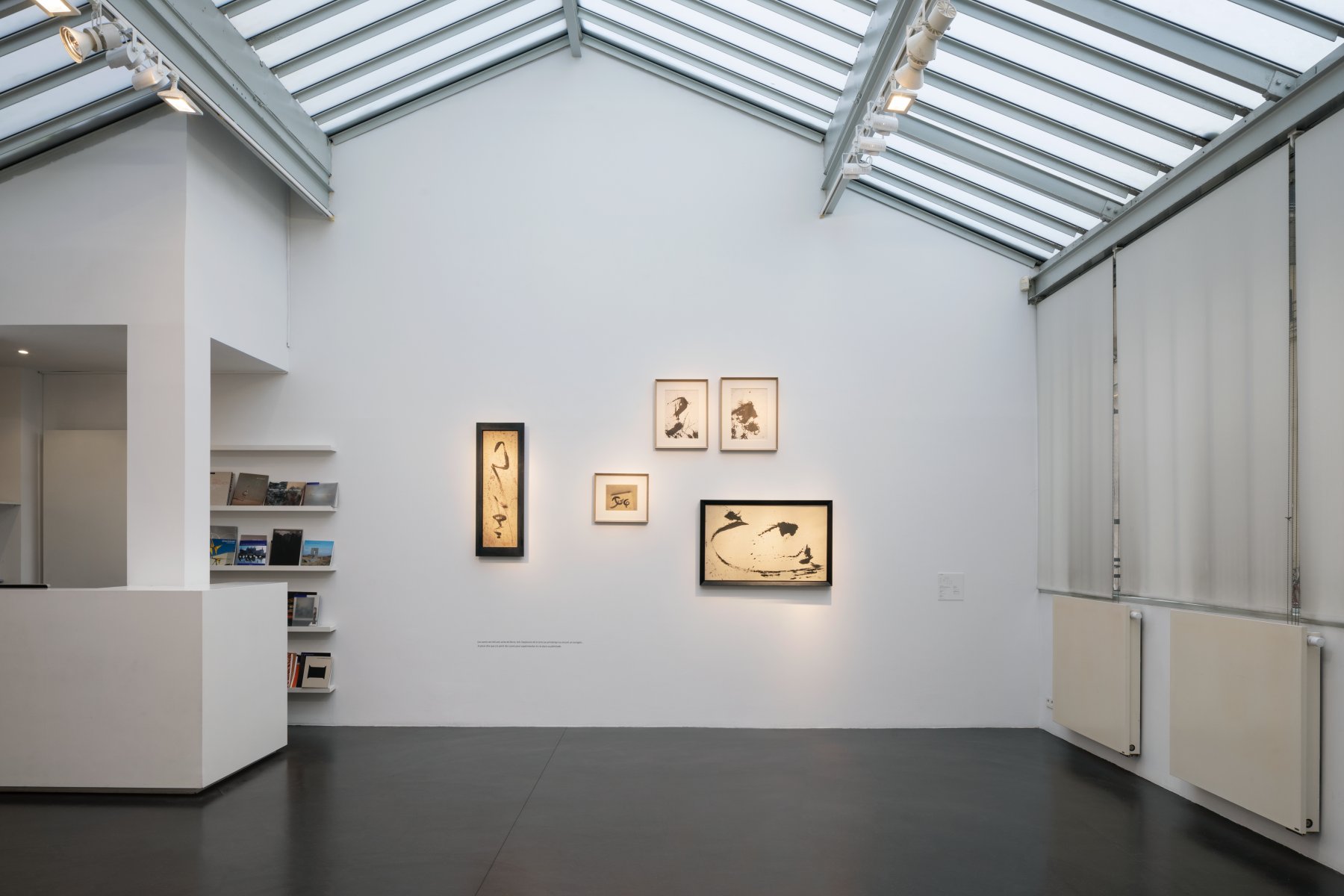 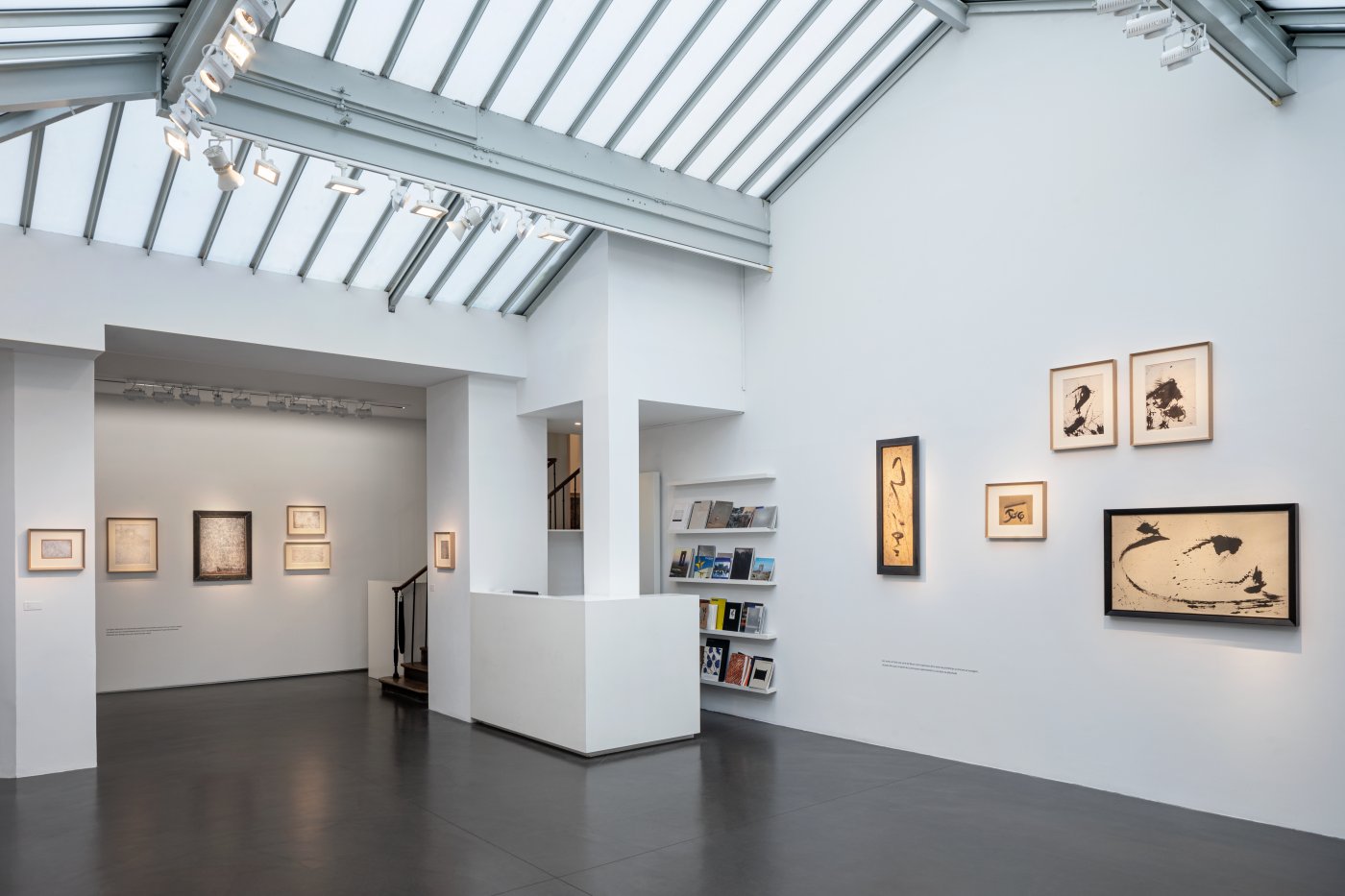 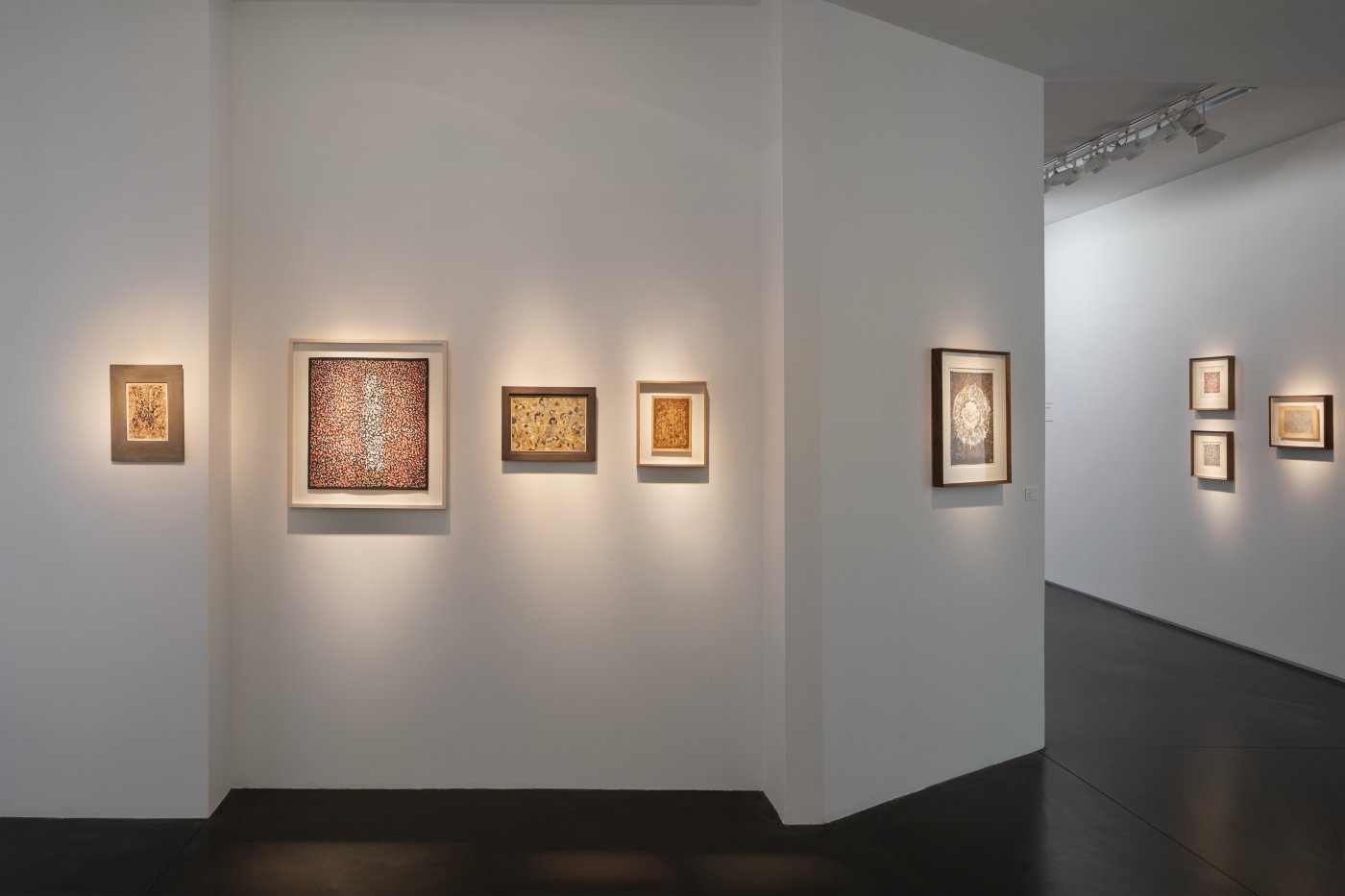 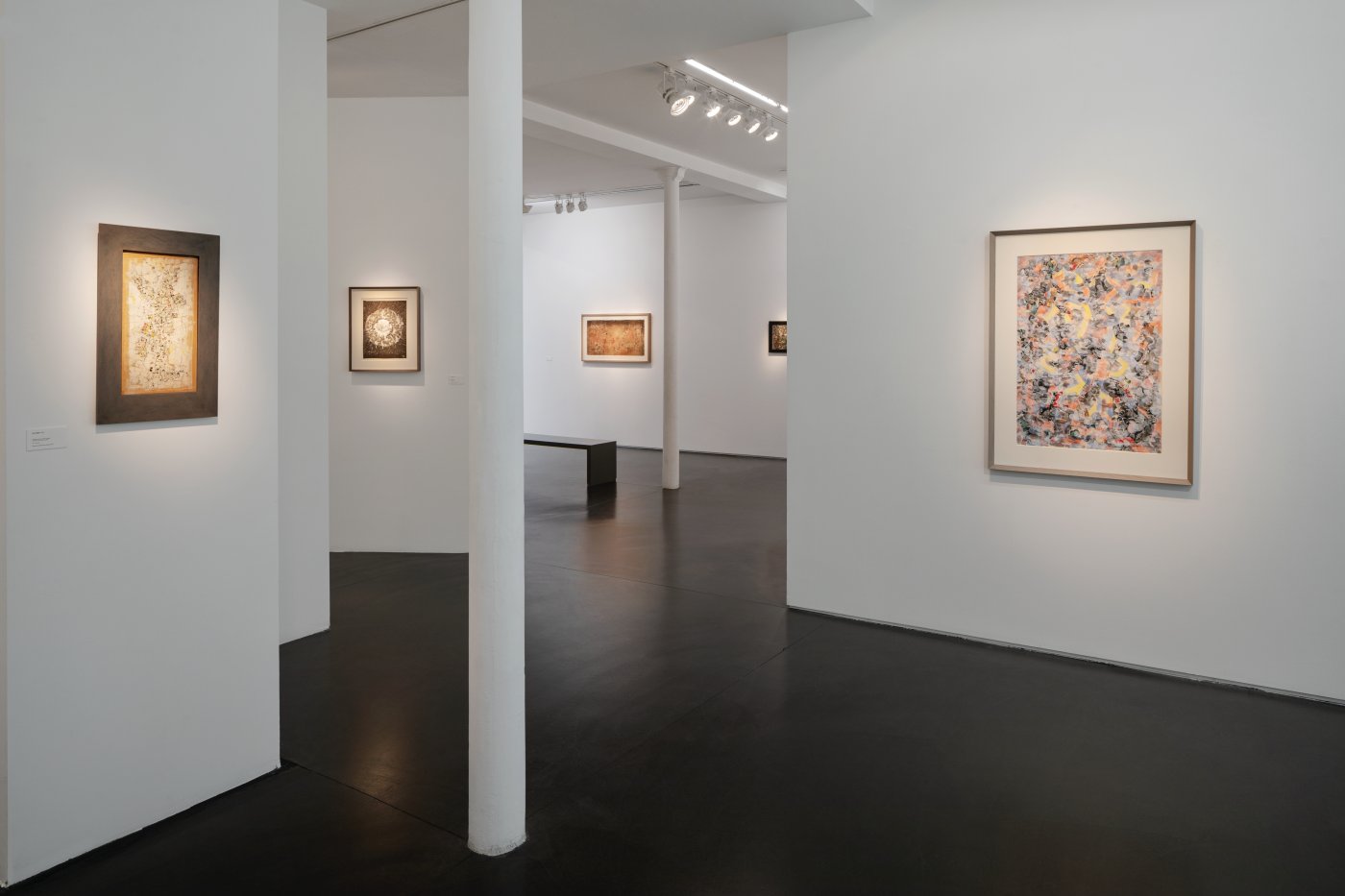 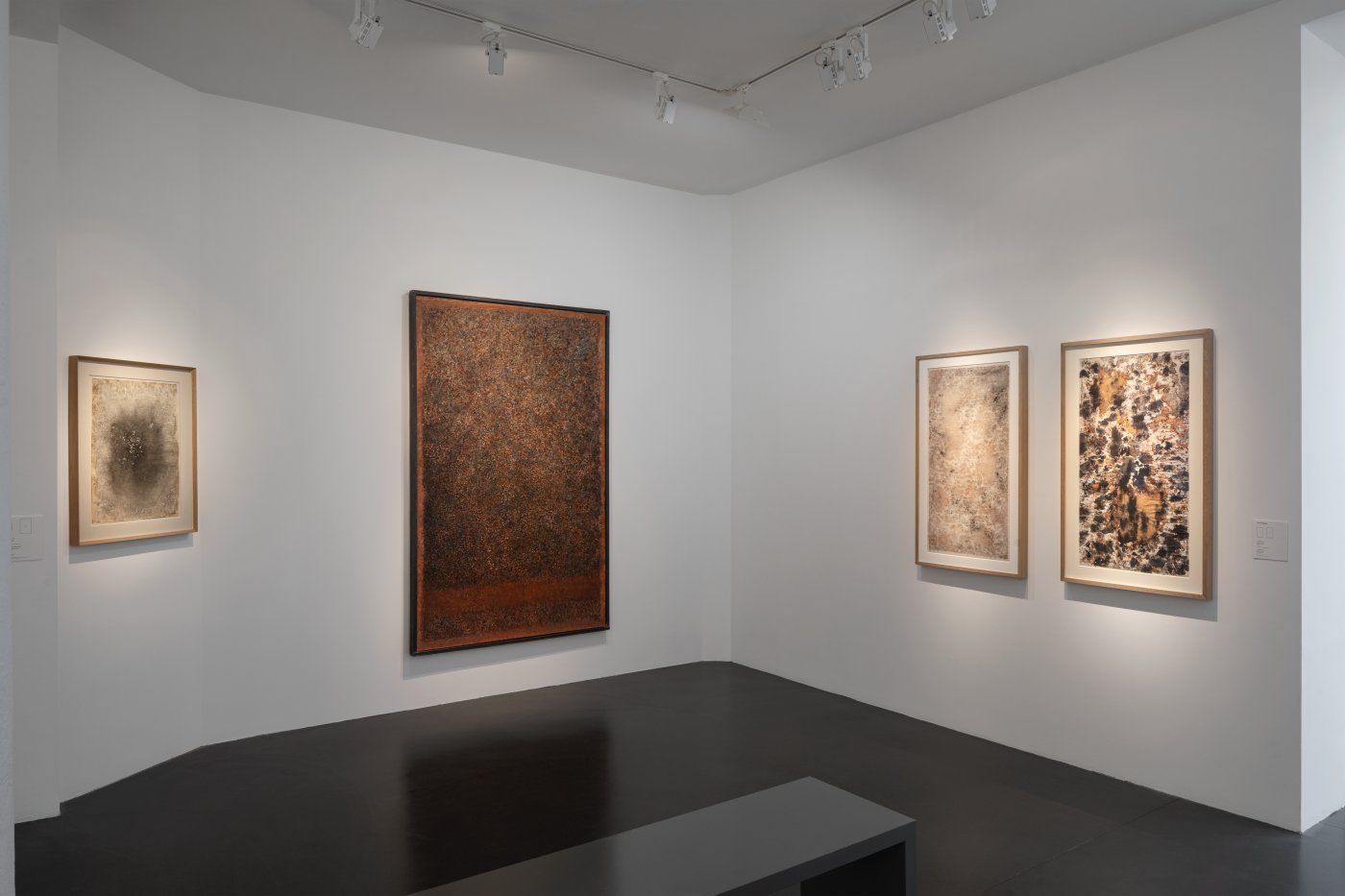 In addition to the previous 2010 retrospective organized at the gallery by Véronique Jaeger to celebrate the 120th anniversary of the artist’s birth, as well as the continuous presentations the gallery has regularly organized throughout the years, the gallery recently contributed, through the loan of works, to the important retrospective Mark Tobey: Threading Light (curated by Debra Bricker Balken) at the Peggy Guggenheim Collection in Venice and the Addison Gallery of American Art in Andover in 2017-2018, as well as to his 2018 solo exhibition at the Pace Gallery in New York.

This non-commercial solo exhibition presents some forty essential works by the artist spanning thirty years of creative activity, from 1940 to 1970. There hasn’t been a solo exhibition of his works in a French Museum since the 1961 exhibition at the Musée des Arts décoratifs in Paris, nearly 60 years ago.
The exhibition is scheduled to travel in Europe, first to Lisbon in 2021, then to Venice in 2022.

Tobey’s international reputation grew, during his lifetime, mainly in Europe, where he had his first solo exhibition at the Jeanne Bucher Gallery in 1955. His work was shown in London in the Tate Gallery 1956 exhibition American Painting, alongside works by Kline, De Kooning, Motherwell, Pollock, Rothko and Clyfford Still. He was the second American, after Whistler, to win the Grand Prize of the Venice Biennale in 1958. His first exhibition in a French institution was at the Musée des Arts décoratifs in Paris in 1961. His settling in Basel in the early 1960s was facilitated by the active support of Ernst Beyeler. Mark Tobey was the subject of a retrospective at the New York MoMA in 1962, and again in 1976.
This discrete artist, nicknamed “the wise man of Seattle,“ was imperceptibly and progressively surrounded by an exceptional aura, that of a founder of modernity, of a mystical artist, but also of a philosopher of abstraction whose works are rare, intimate, dense, and deep. (Cécile Debray)

His works are now part of the collections of many prestigious international institutions, such as the Mnam / Cci Centre Pompidou in Paris, the Fondation Beyeler and the Kunstmuseum in Basel, the Guggenheim, Metropolitan Museum of Art, Museum of Modern Art, and Whitney Museum in New York, the Addison Gallery of American Art in Andover, Massachusetts, The Art Institute of Chicago, and the Tate London …

The title TOBEY or not to be ? refers to Mark Tobey’s English roots, through the voice of Shakespeare, to his existential quest, to his own questioning linked to his artistic, philosophical and spiritual approach; it also emphasizes Tobey’s continued importance today by embodying the “to be”.
To be. What is To Be in the contemporary era?