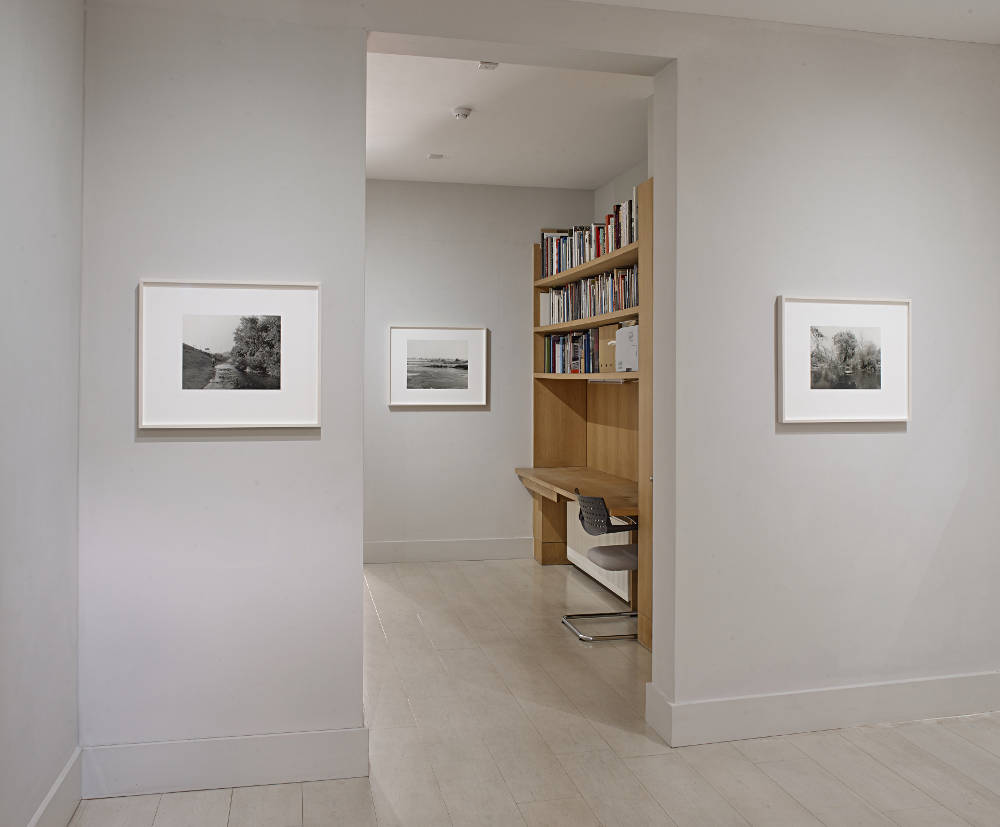 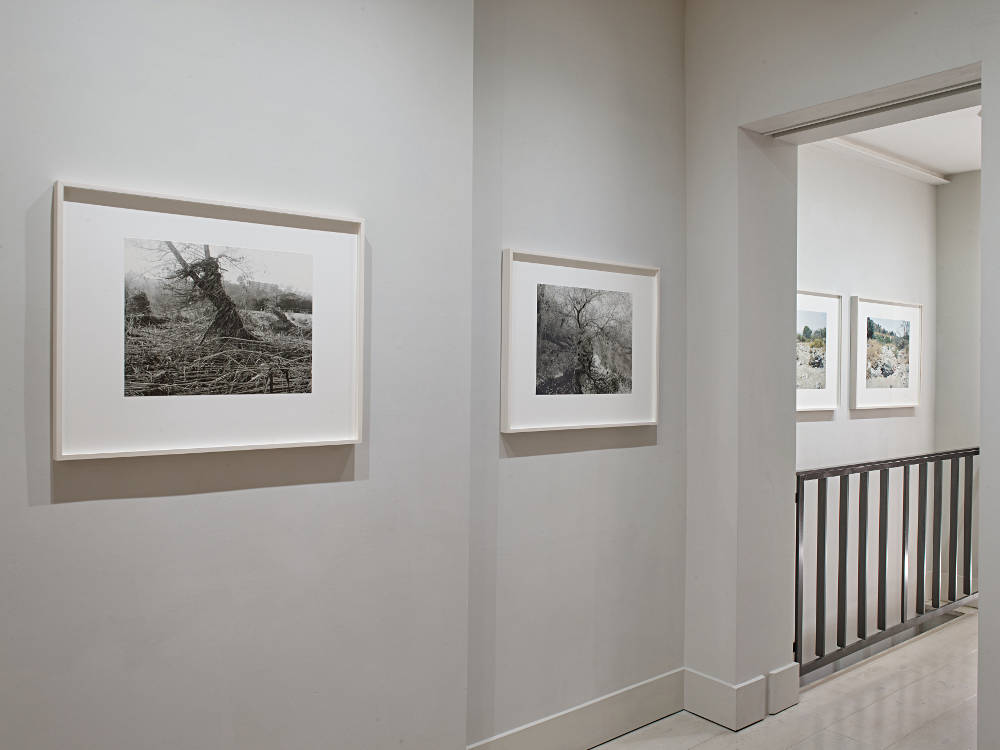 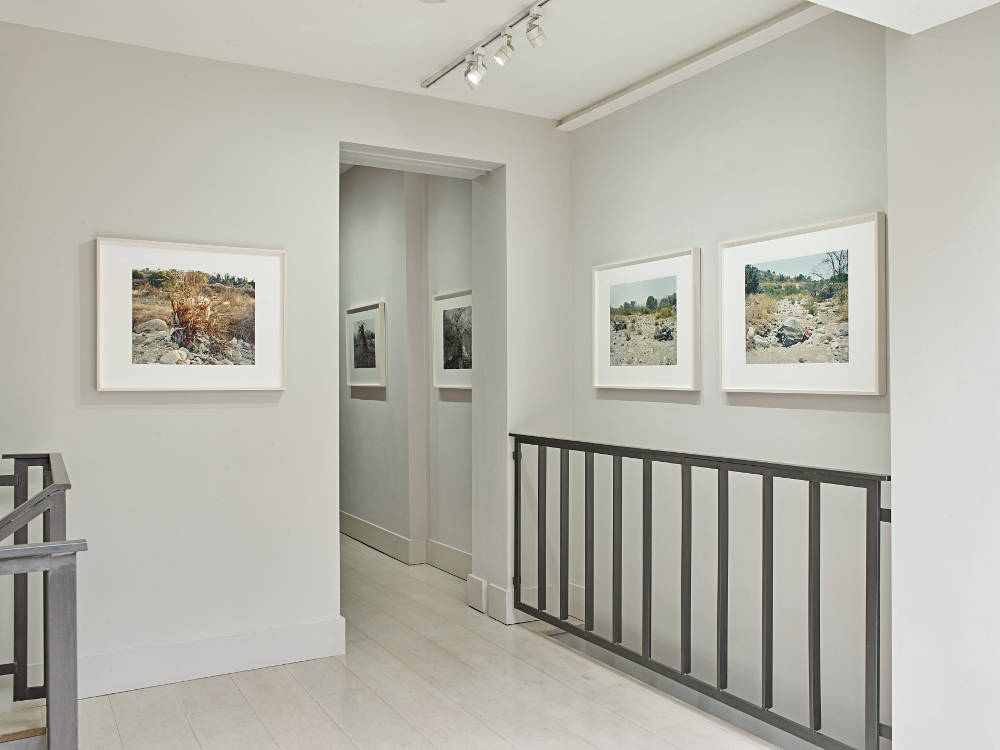 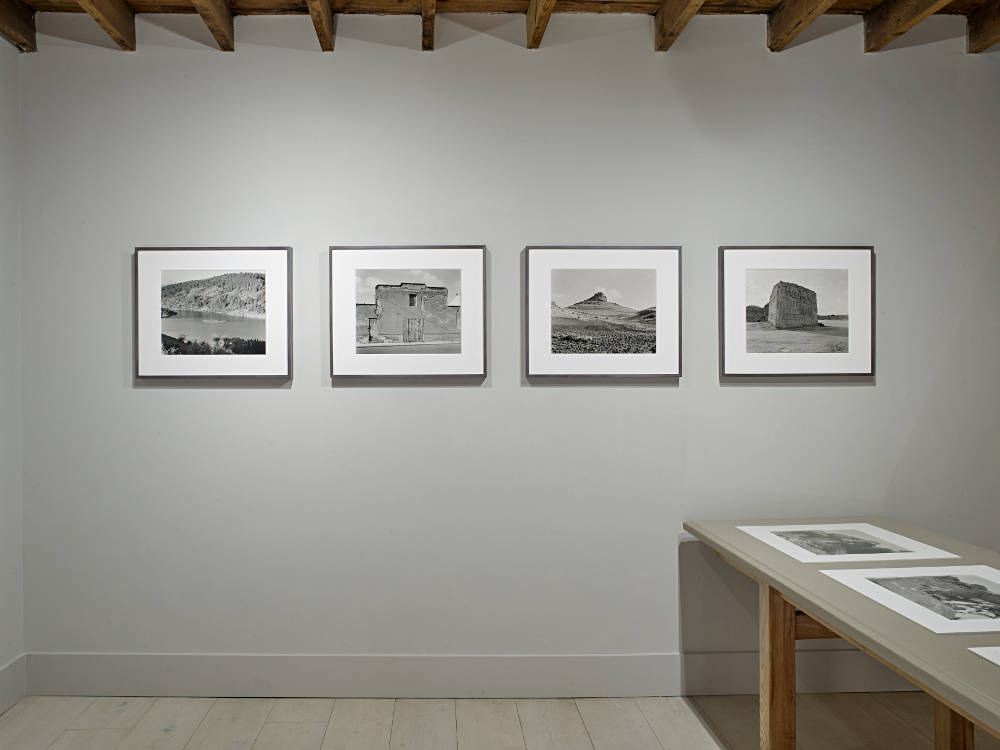 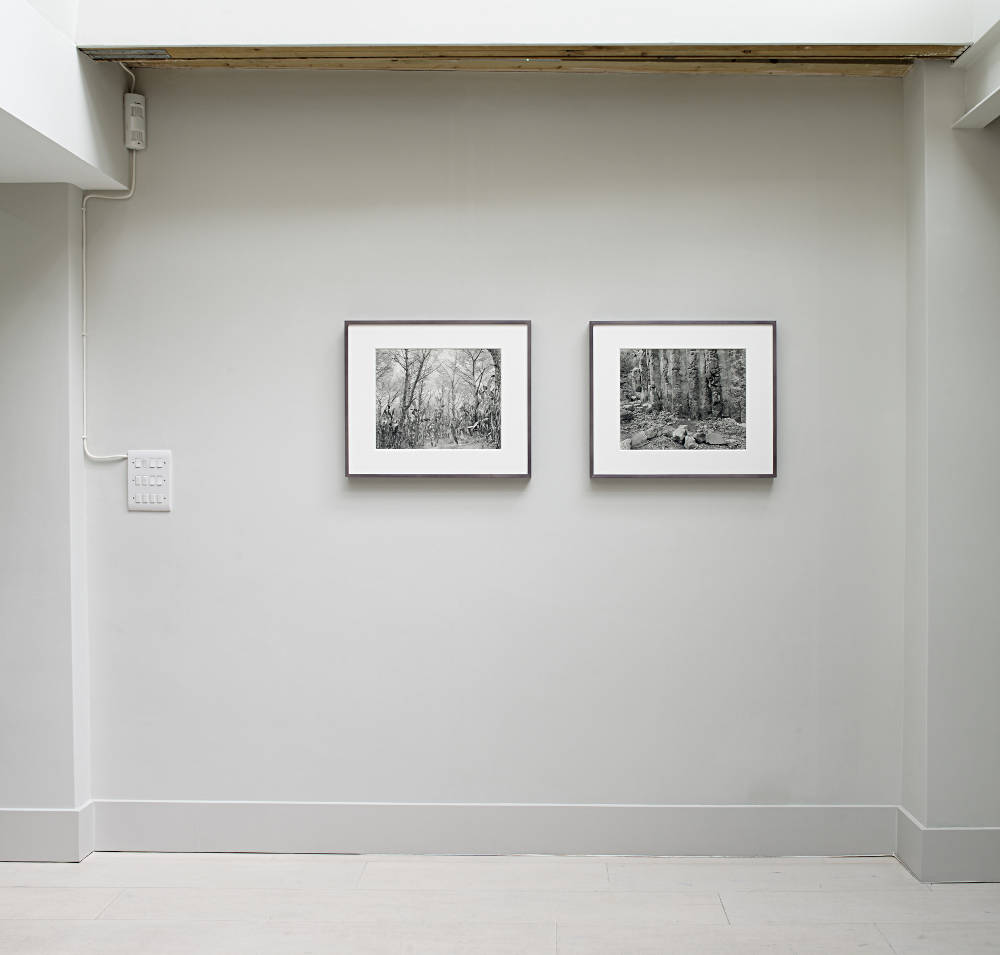 Mark Ruwedel shows a series of photographs, which document the Los Angeles River. For over two decades, he has been photographing American deserts or the remains of abandoned railway lines in the western United States and Canada – epic places with evidence of human intervention.
“His photographs of the channelized LA River, and of similar stretches of Californian hinterland, show a place overwritten by industry, irrigation, urban planning and abiding fantasies about authentic wilderness.”

Cesare Fabbri’s landscapes of Sardegna, reveal the remains of ancient cultures amidst geographical features, still relatively undisturbed by industrialisation.
“Here are ruins both geological – a brutal promontory juts out of an eroded landscape of softer rock – and man-made: a vast cube of quarried stone has the aspect of a classical temple.”

(Quotes from a short essay by Brian Dillon).

Mark Ruwedel was born in Bethlehem, PA, USA in 1954. He lives and works in Los Angeles. Ruwedel has been Professor of Art at California State University, Long Beach since 2002. In 2014 he was awarded both a Guggenheim Fellowship and the Scotiabank Photography Award. He has had solo exhibitions at the Chinati Foundation, USA, Presentation House Gallery and Southern Alberta Art Gallery, Canada. His work is held in the collections of the J. Paul Getty Museum, Los Angeles County Museum of Art, Metropolitan Museum of Art, Museum of Contemporary Photography, National Gallery of Art, San Francisco Museum of Modern Art (USA) and National Gallery of Canada, (CA) and Tate, London.

Cesare Fabbri was born in Ravenna, Italy, 1971. He studied photography with Italo Zannier and urban planning at the IUAV in Venice. He had a solo show at the Foundation A Stichting, Brussels in 2017. In 2007 he took part in the Stuttgart Biennale of Photography and Architecture and was shortlisted for the prize Atlante Italiano 007 organised by Museo MAXXI, Rome. In 2004 he was awarded the RAM prize and a HERA study grant. His work has recently been added to the collections of the Musée d’Art Moderne de la Ville de Paris. Together with Silvia Loddo he founded ‘Osservatorio Fotografico’ in Ravenna in 2009, an experimental platform for research on photography.