Modern Art presents a solo exhibition of new work by Mark Handforth. This is Handforth’s first solo show with Modern Art, and his first in London. 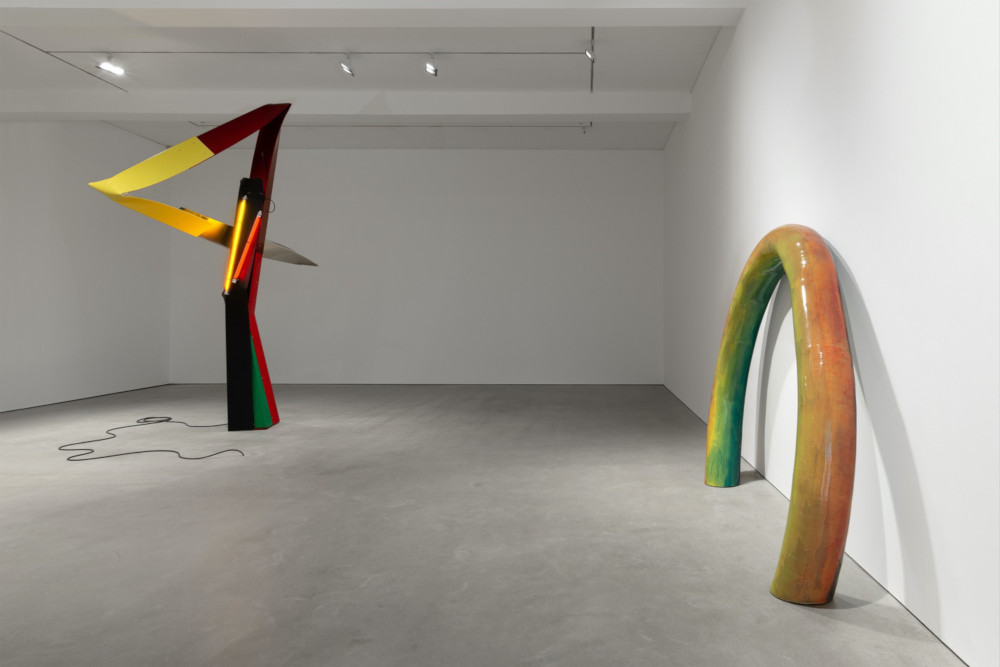 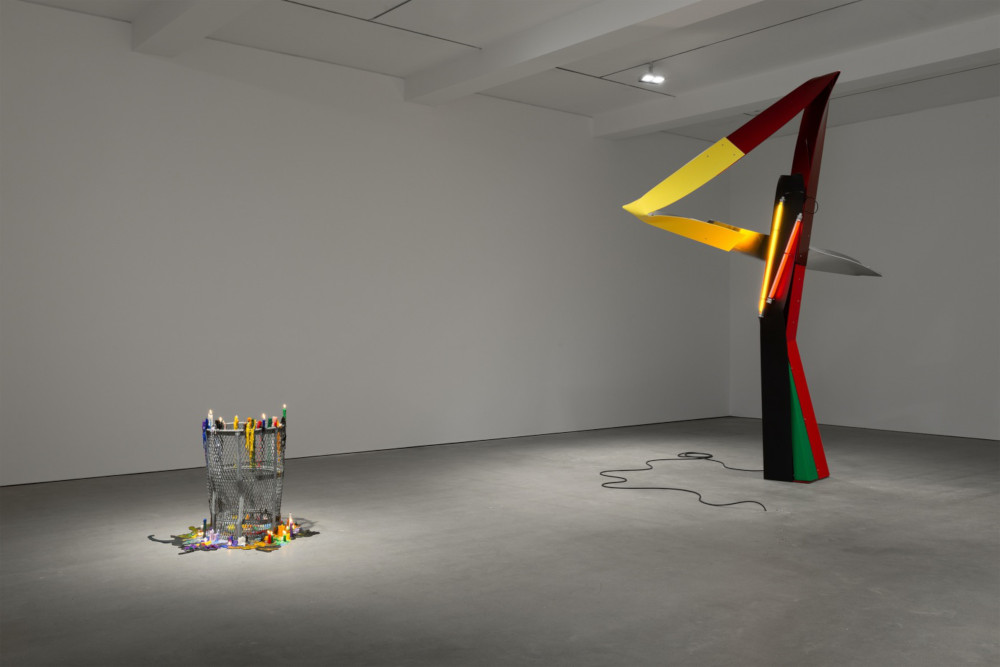 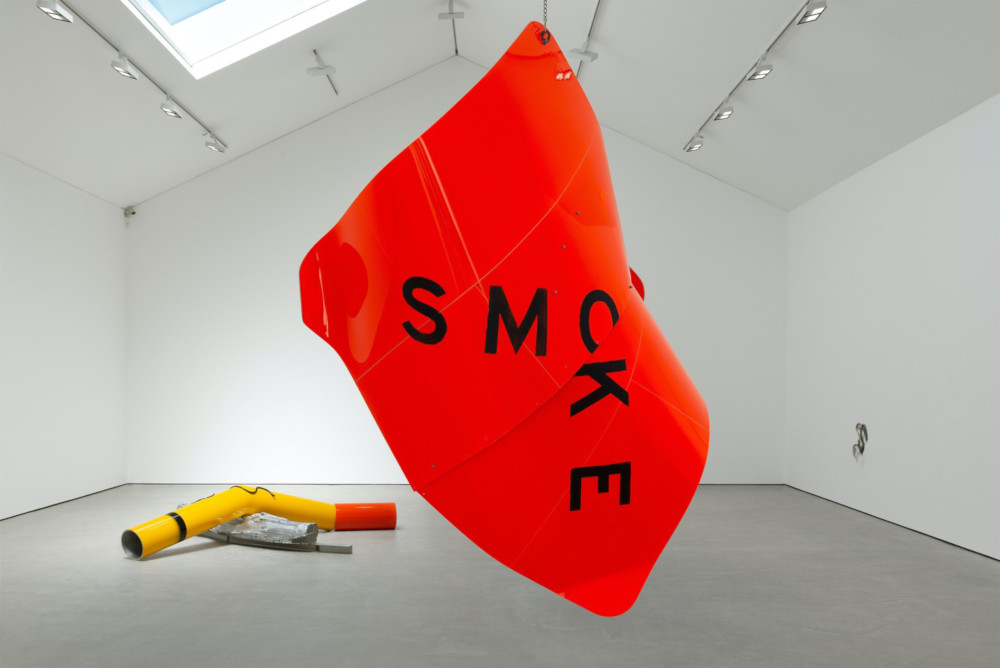 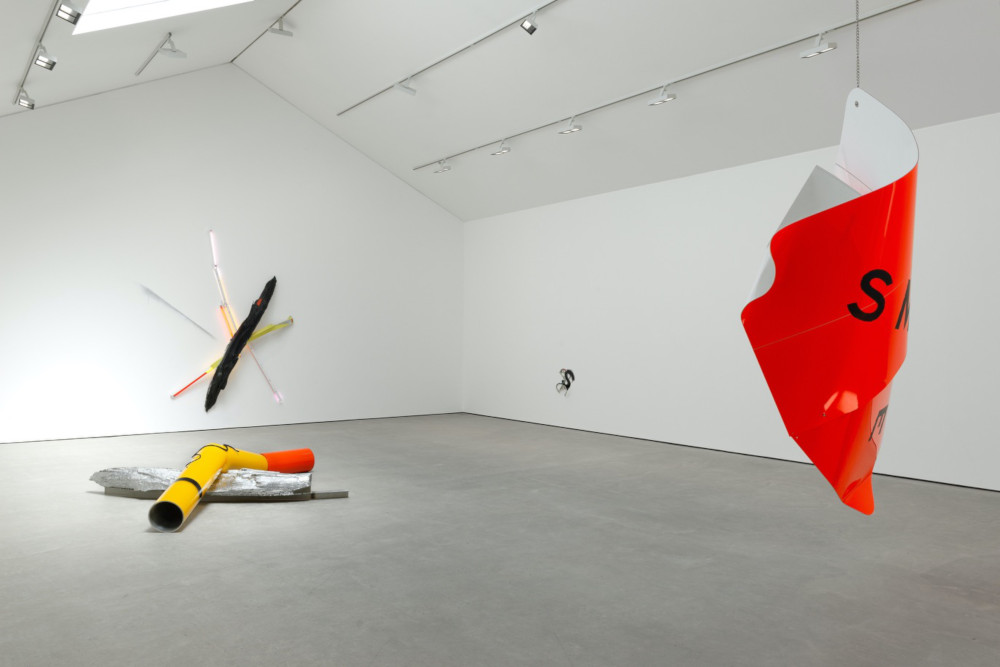 Mark Handforth’s sculptures imbue the almost-invisible features of our lives – street lamps, road signs, fluorescent lights and fire hydrants – with formal properties that make them strange, larger than life and enigmatically off-kilter. They are meticulously crafted, but deliberately imperfect, often containing a wry humour and poetry in their references and arrangement in space.

Handforth’s objects collage elements together in alluring compositions; an early sculpture of a Vespa is covered in burning candles and becomes an altar; a street lamp is twisted into the shape of a five-pointed star, and a piece of drift wood is cast in concrete and juxtaposed with fluorescent lights. His works have both a sense of distortion and of the manipulation of the urban landscape — literally tied in knots — but also, often an archaicand poetic sensibility.

For his exhibition at Modern Art’s Vyner Street gallery Handforth has produced seven new sculptures. Dominating the space on the ground floor, a large, fourteen-foot, freestanding sculpture of folded aluminum beams delineates, in muscular calligraphy, an ad-hoc number four. Its harlequin colours and staggered light fixtures tensed, as if holding a breath- both monumental and momentary. Adjacent, a battered beach trashcan barely contains a mass of colourful, burning candles whose wax flows through its metal grid and hardens across the floor, transforming an everyday object into a shrine set for vigil— a slow, endless performance. Elsewhere in the space a large, glazed, stainless-steel arc, a rainbow, leans casually against the wall. This painterly gesture draws the architecture of a landscape, yet its materiality is unmistakably industrial. In the first-floor gallery, FOG/SMOKE, an immense undulating, disjointed diamond hangs from the ceiling. Coated with intensely reflective highway signage foil, it is like some quotidian heavenly body, emitting light and floating, refracting from the curving prismatic surfaces.

Handforth’s work is concerned with the ways in which culture shows itself through signs and symbols in the urban landscape, especially through the poetry and possibility of an entropic renewal as seen through the mangled, broken elements of the built environment that reflect the social sentiments and failing dreams of contemporary Western society.