Gagosian presents Backcountry, an exhibition of new paintings by Mark Grotjahn. This is his first exhibition at the gallery in London since 2016. 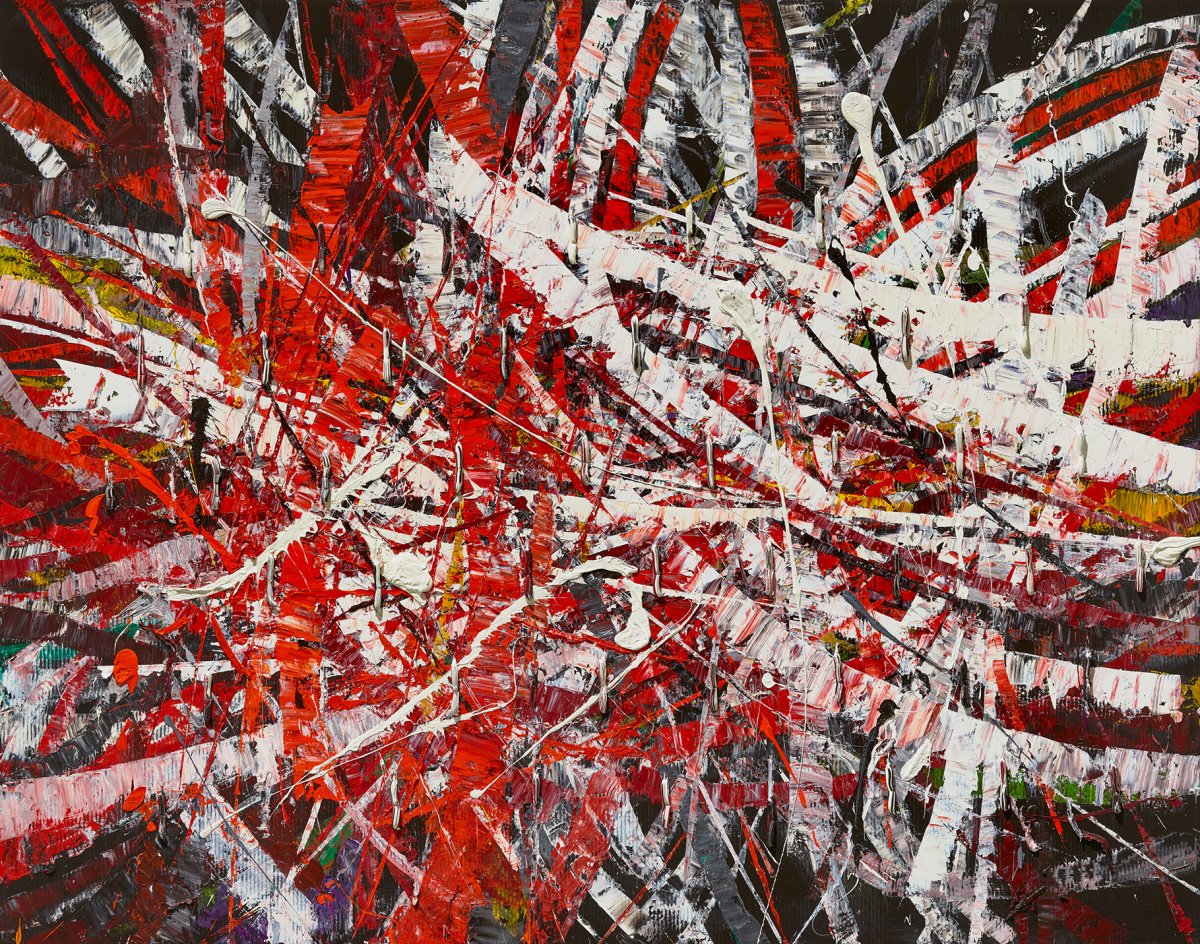 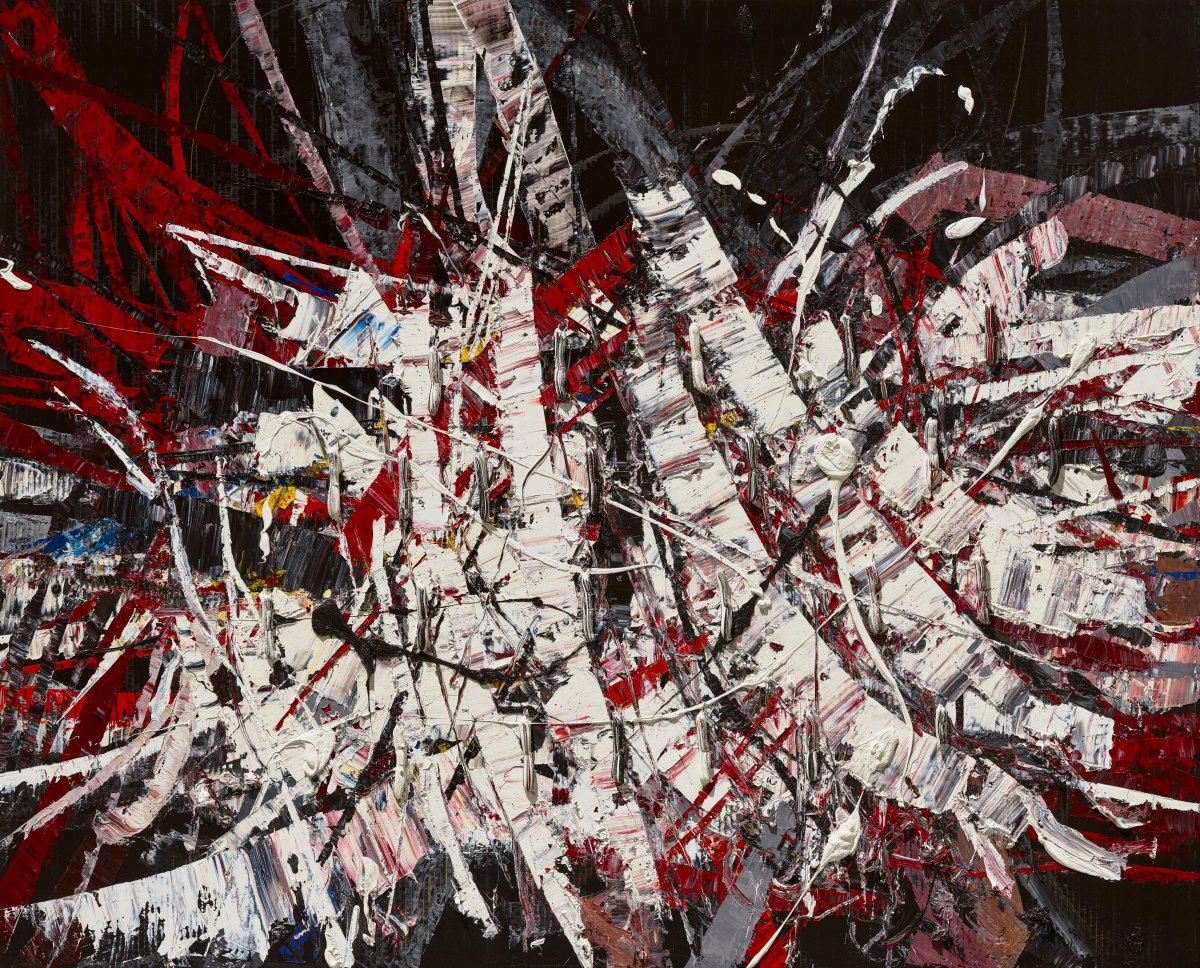 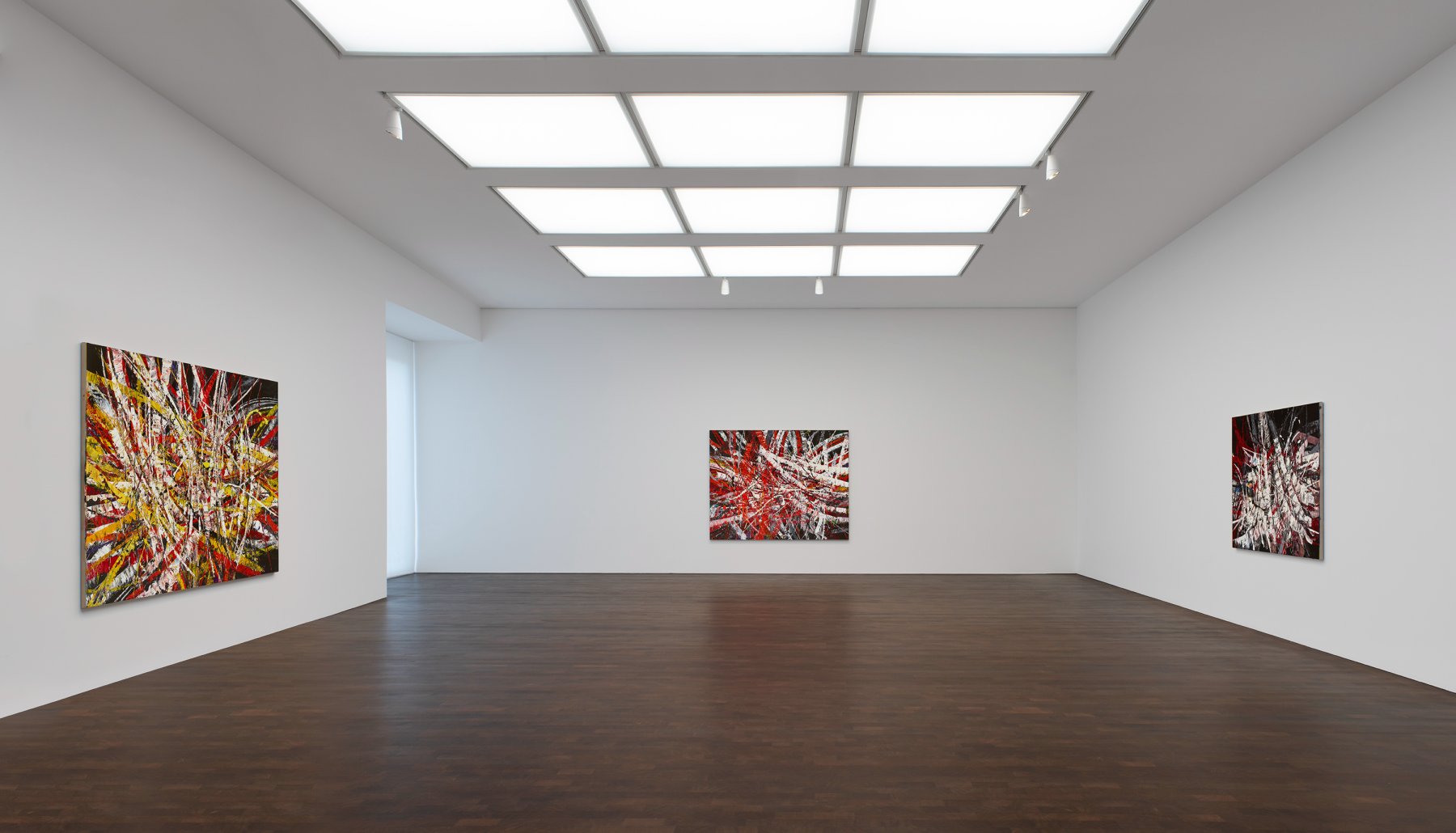 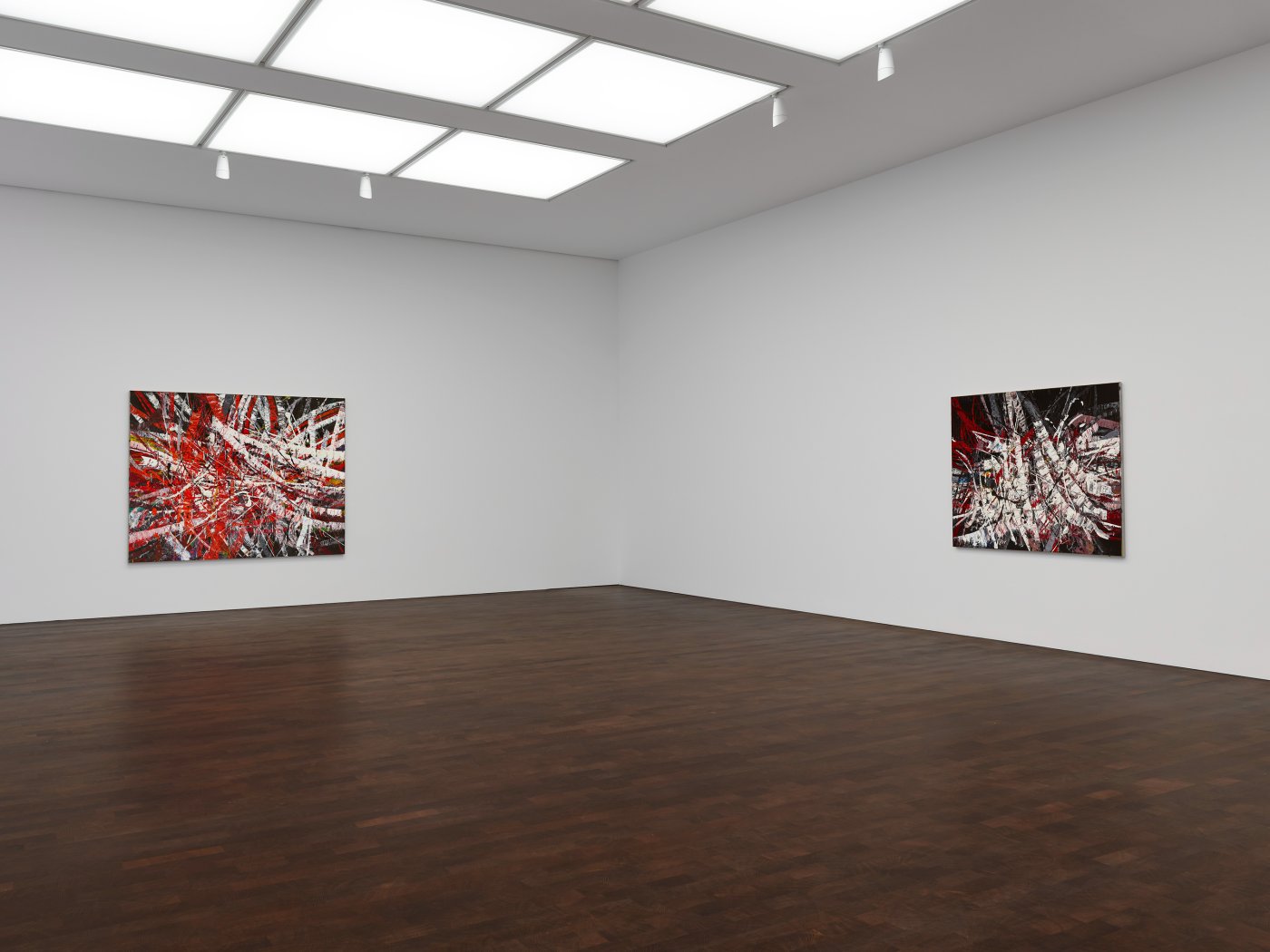 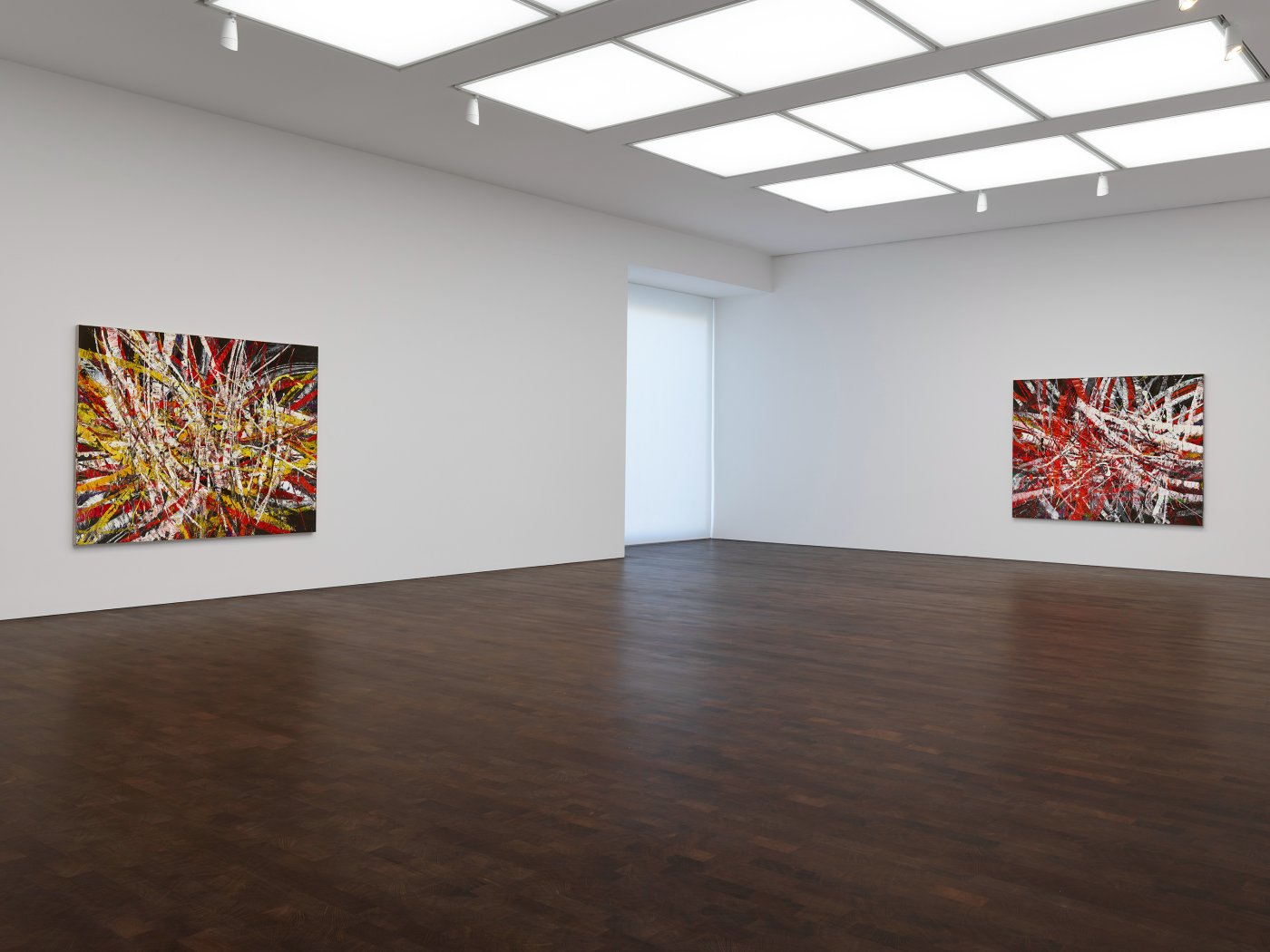 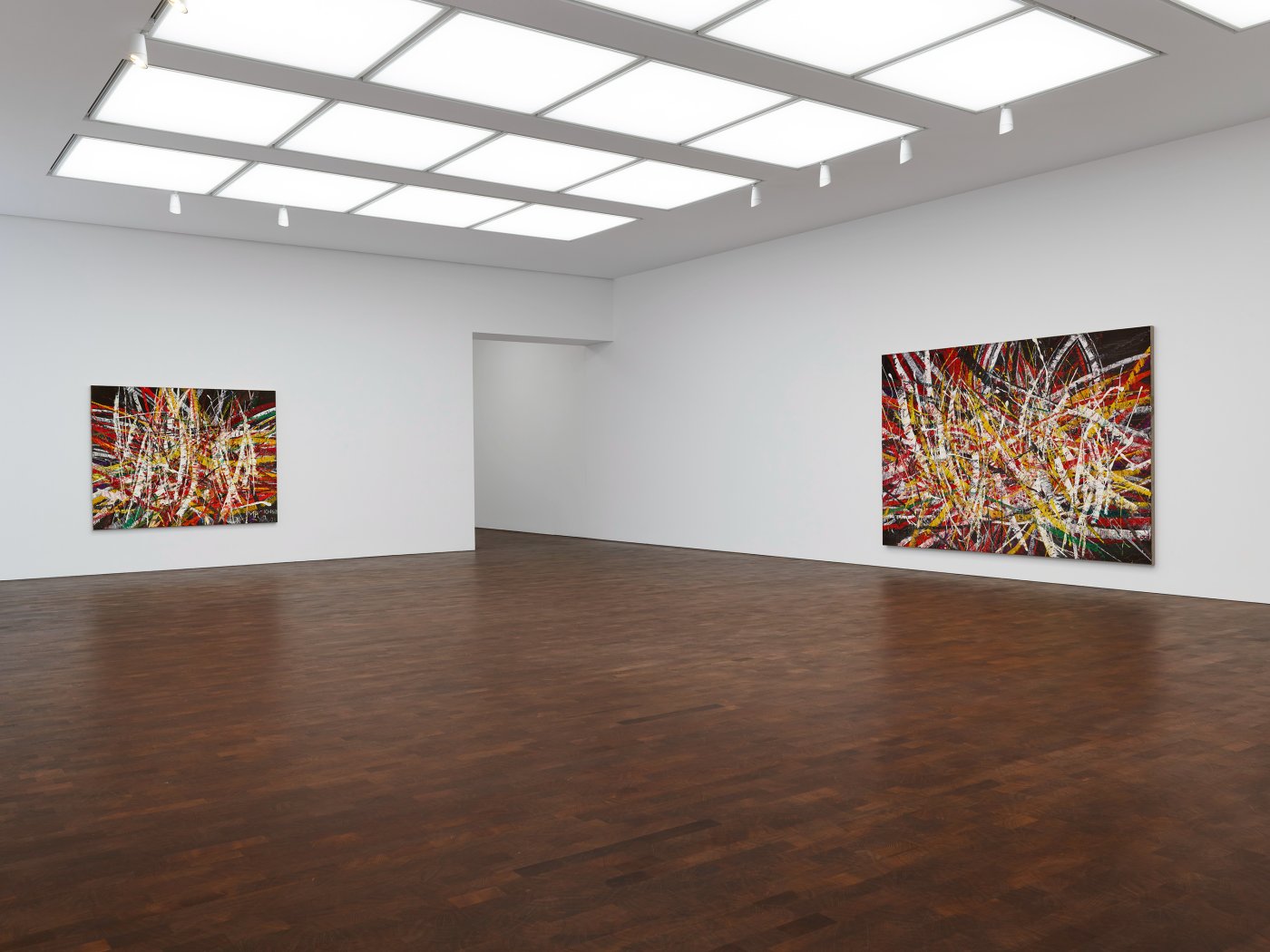 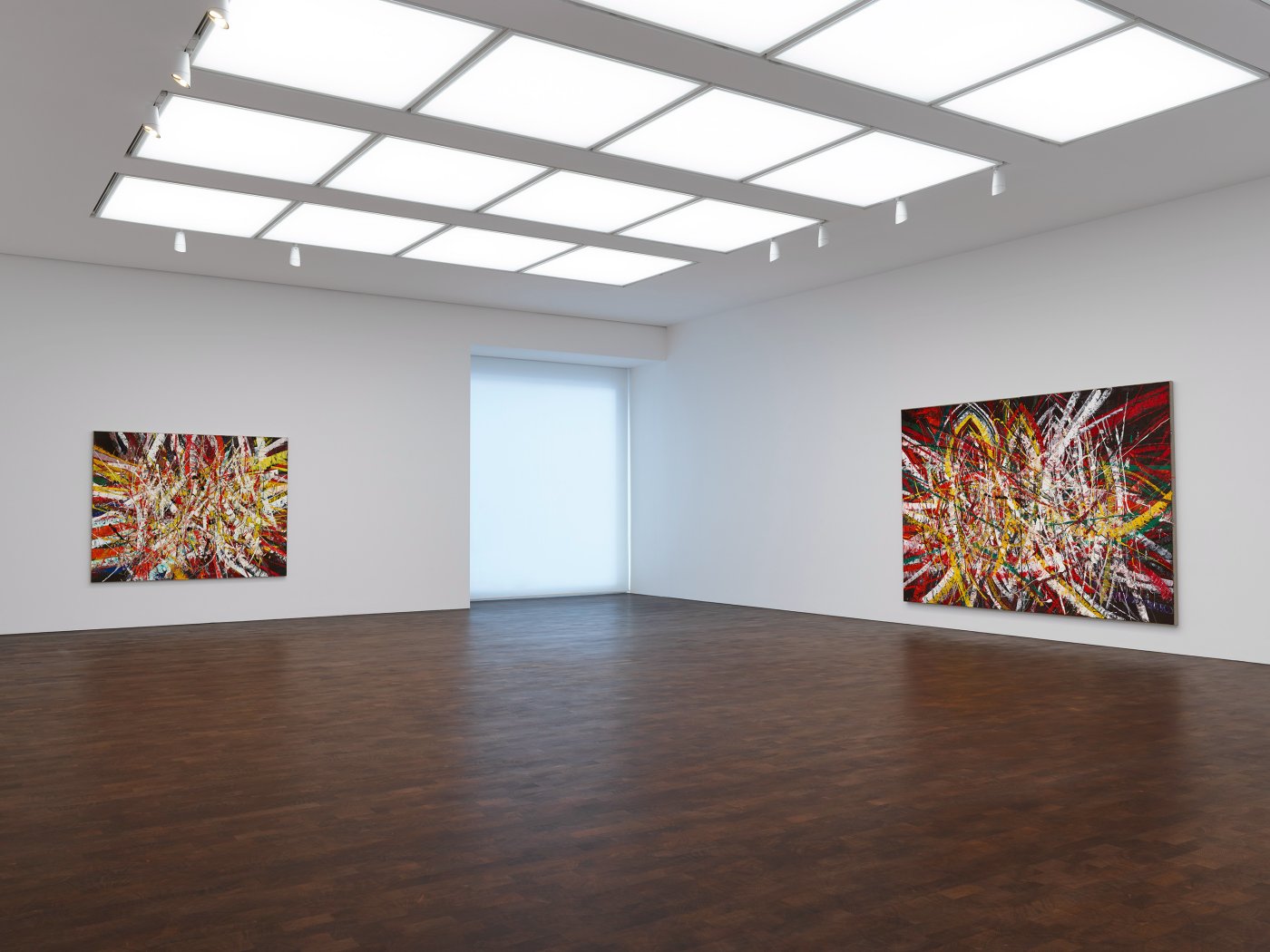 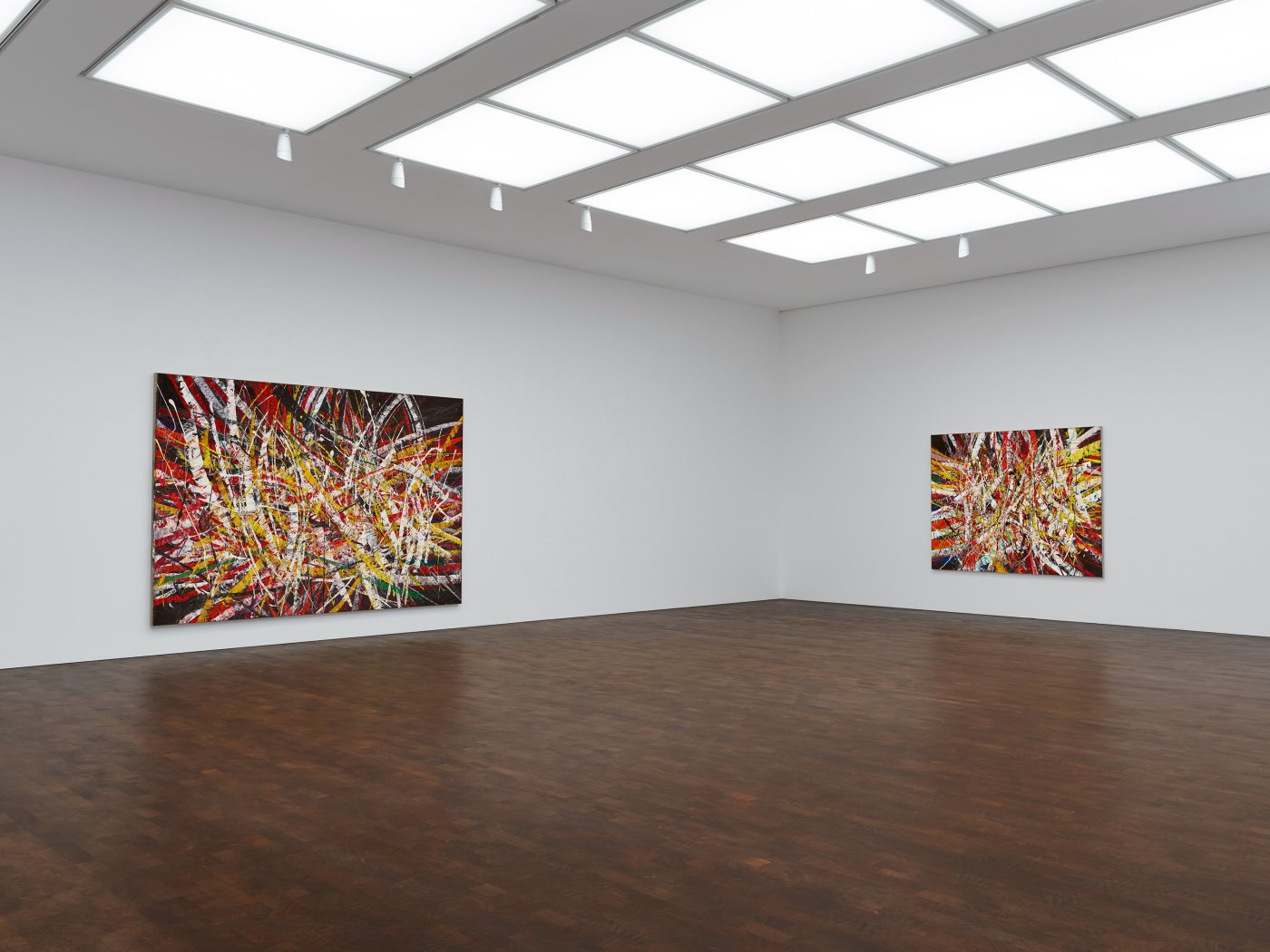 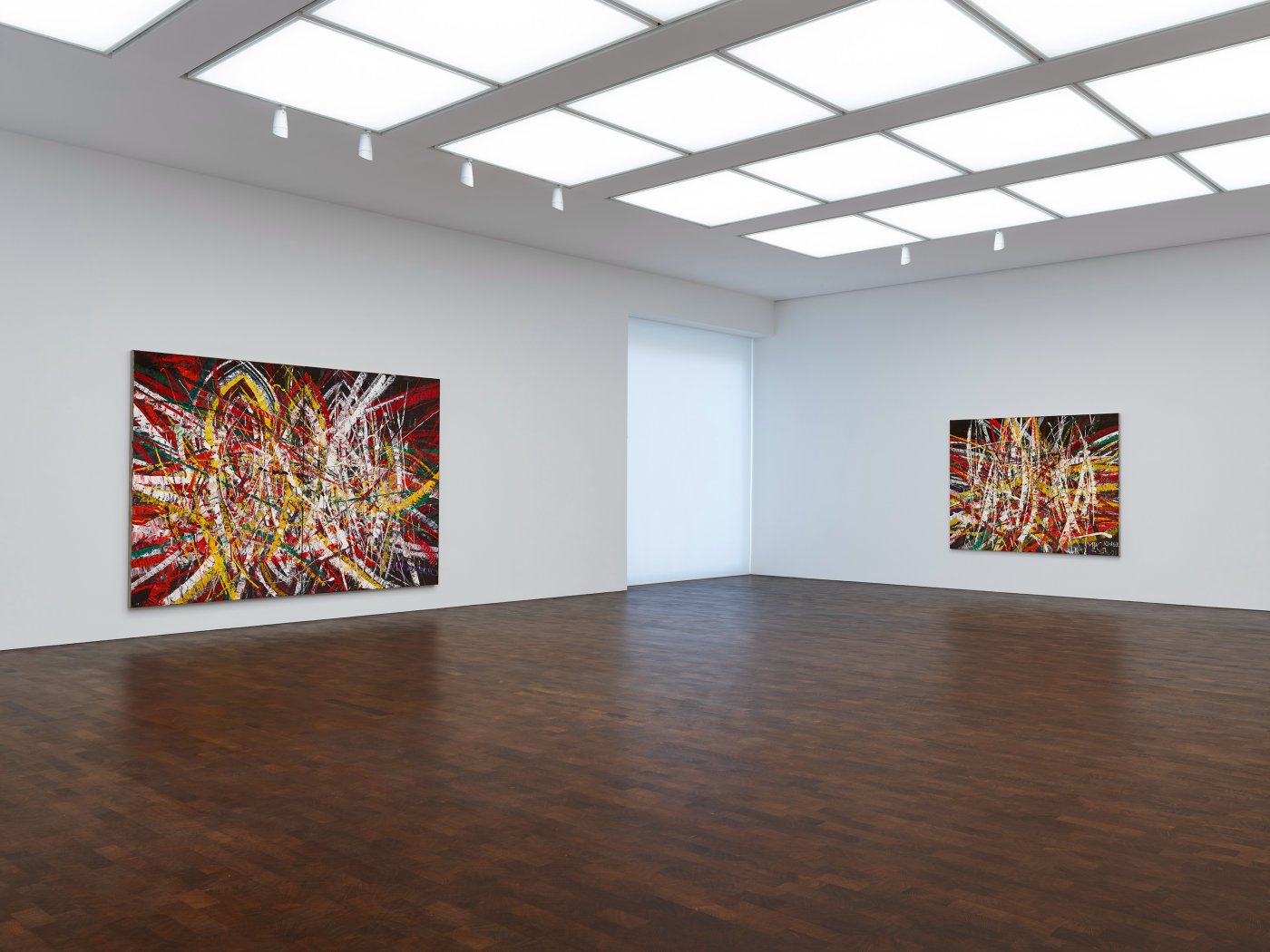 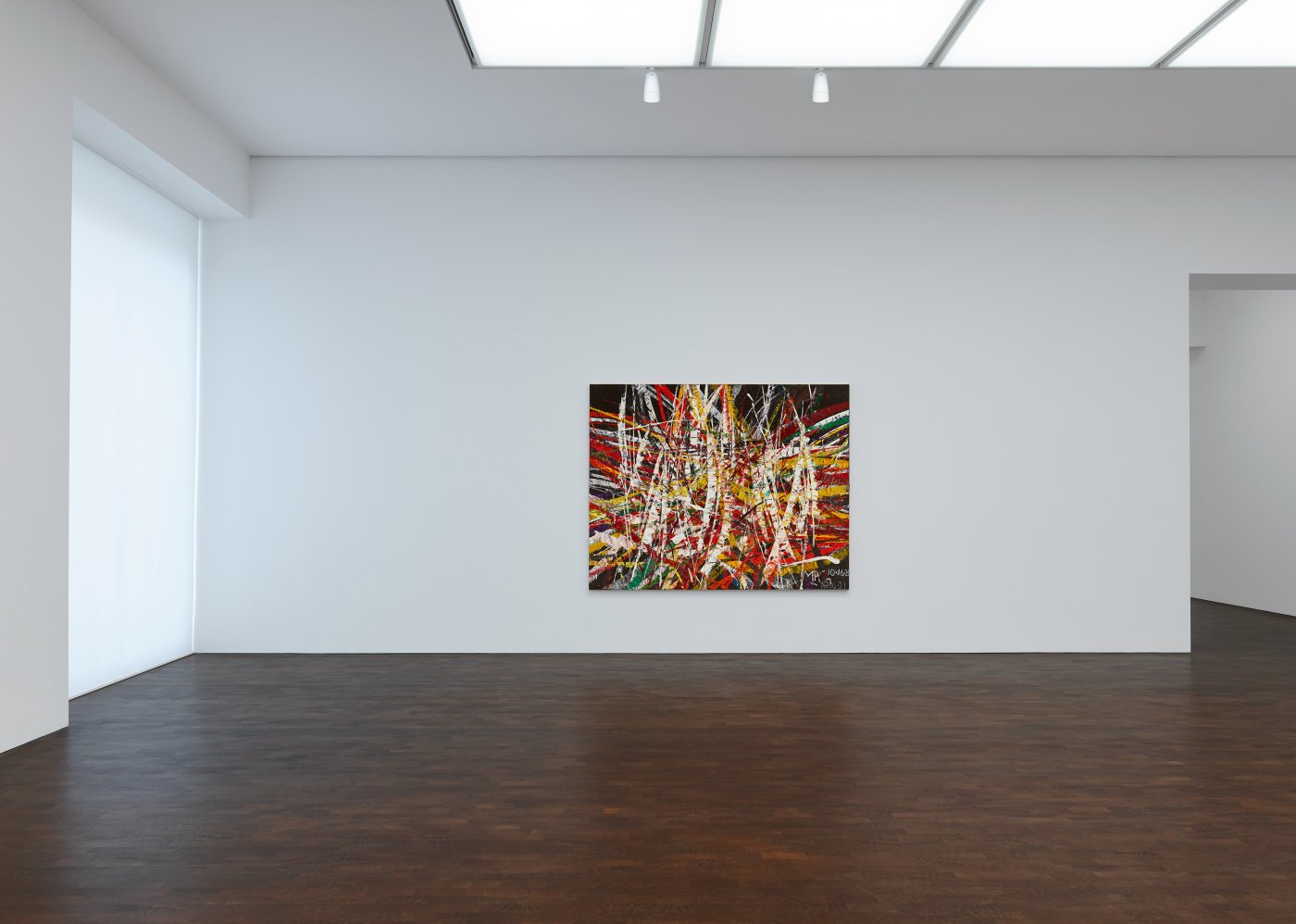 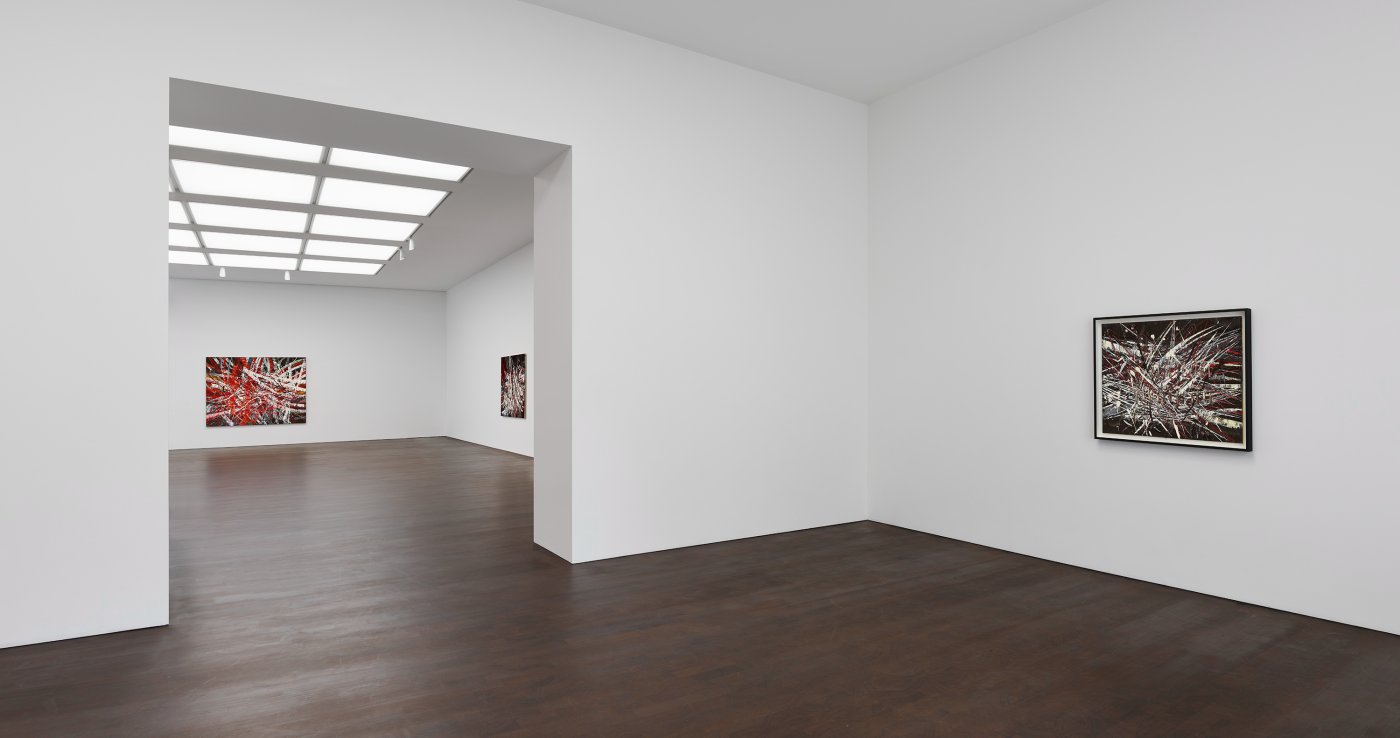 In his paintings, Grotjahn interweaves various modes of abstraction, employing an expansive and evolving vocabulary of motifs and techniques. Exploring color, perspective, seriality, and the sublime, he also reflects on the broad history of nonrepresentational painting, from ancient to modern times. In Backcountry, Grotjahn moves still further away from the anthropomorphic underpinnings of earlier series such as Masks (2000–) and Face (2003–17), alluding instead to rural landscape while edging closer to an entirely spontaneous mode of expression.

Most of the paintings on view in London are in a horizontal format on black grounds; all of them are executed in Grotjahn’s favored medium of oil on linen-mounted cardboard, which he scrapes and sometimes carves into, revealing layers of paint. The Backcountry series (2021–) follows from a body of work produced in 2016 for an exhibition at Casa Malaparte on the Italian isle of Capri. Inspired by the landmark modernist house of writer Curzio Malaparte (1898–1957), Grotjahn inaugurated the Capri series of paintings with a group titled New Capri, the compositions of which evoke the house’s clifftop setting.

In Backcountry, the title of which was suggested by the artist’s ski touring and fly-fishing activities in Colorado, Grotjahn again explores the formal and expressive possibilities of paint, experimenting further with abstract mark making, color, and texture, combining systematic structure with gestural spontaneity. In using black grounds with different colored substrates, he aims to give the paintings a graphic muscularity, imparting a different feel from that of his previous white paintings. “In the new paintings,” he observes, “it’s into the night. It’s the stars; it’s being a small person on a big globe.”

Featured paintings include Untitled (Backcountry Capri 54.79) (2022), a composition distinguished by wide, ragged streamers of white and red that arc across deep black. These elements are interrupted by others, among them a skein of drips and a loose grid of “slugs”—small rolls of paint that Grotjahn manufactures by scraping off and reattaching excess impasto to the surface of the work. These dimensional components rest on clusters of vertical and horizontal strokes, disrupting the overall composition both visually and texturally. Grotjahn has described the slugs as being “the scar on the arm that makes the arm more beautiful.”

Other works in Backcountry are marked by lines of paint that collide to produce distinctive almond-shaped outlines, forms that hark back to the stylized eyes of the Face series. In general, however, Grotjahn’s new paintings display a broader style of application than generally characterizes his earlier work, and by an ever deeper immersion in the nonobjective, reflecting a commitment to color, texture, line, and movement. Ultimately, the paintings in Backcountry convey an embrace of the freedom offered by the scale and power of nature.