Mark Dion: The Sea Life of South Korea and Other Curious Tales

Mark Dion: The Sea Life of South Korea and Other Curious Tales

Barakat Contemporary presents The Sea Life of South Korea and Other Curious Tales, the first solo exhibition in Korea by Mark Dion who often transforms as an amateur ecologist, archaeologist, ornithologist, naturalist, and avid collector. 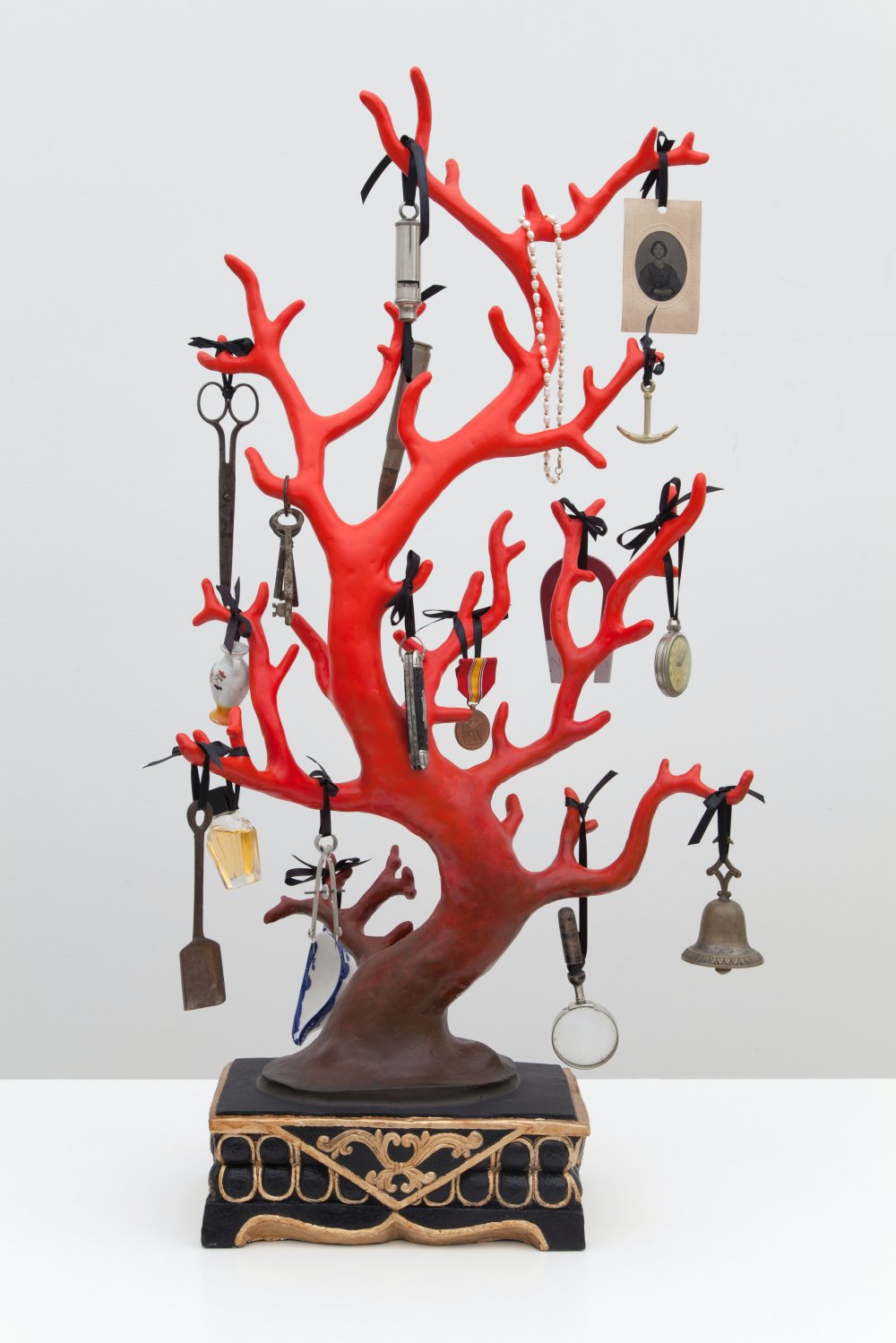 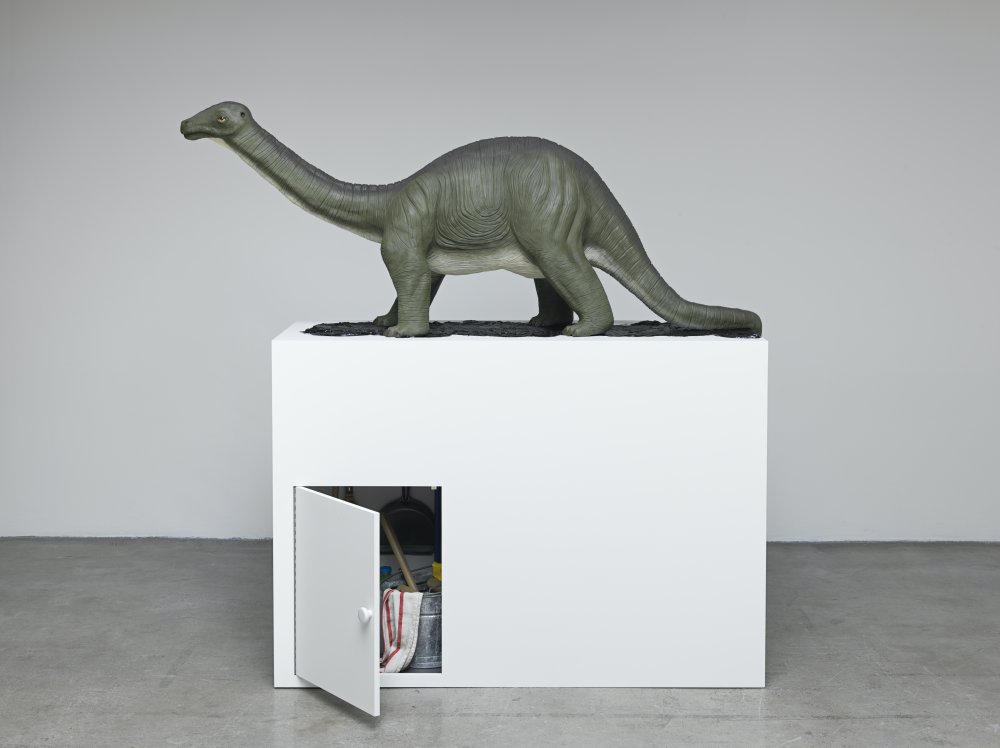 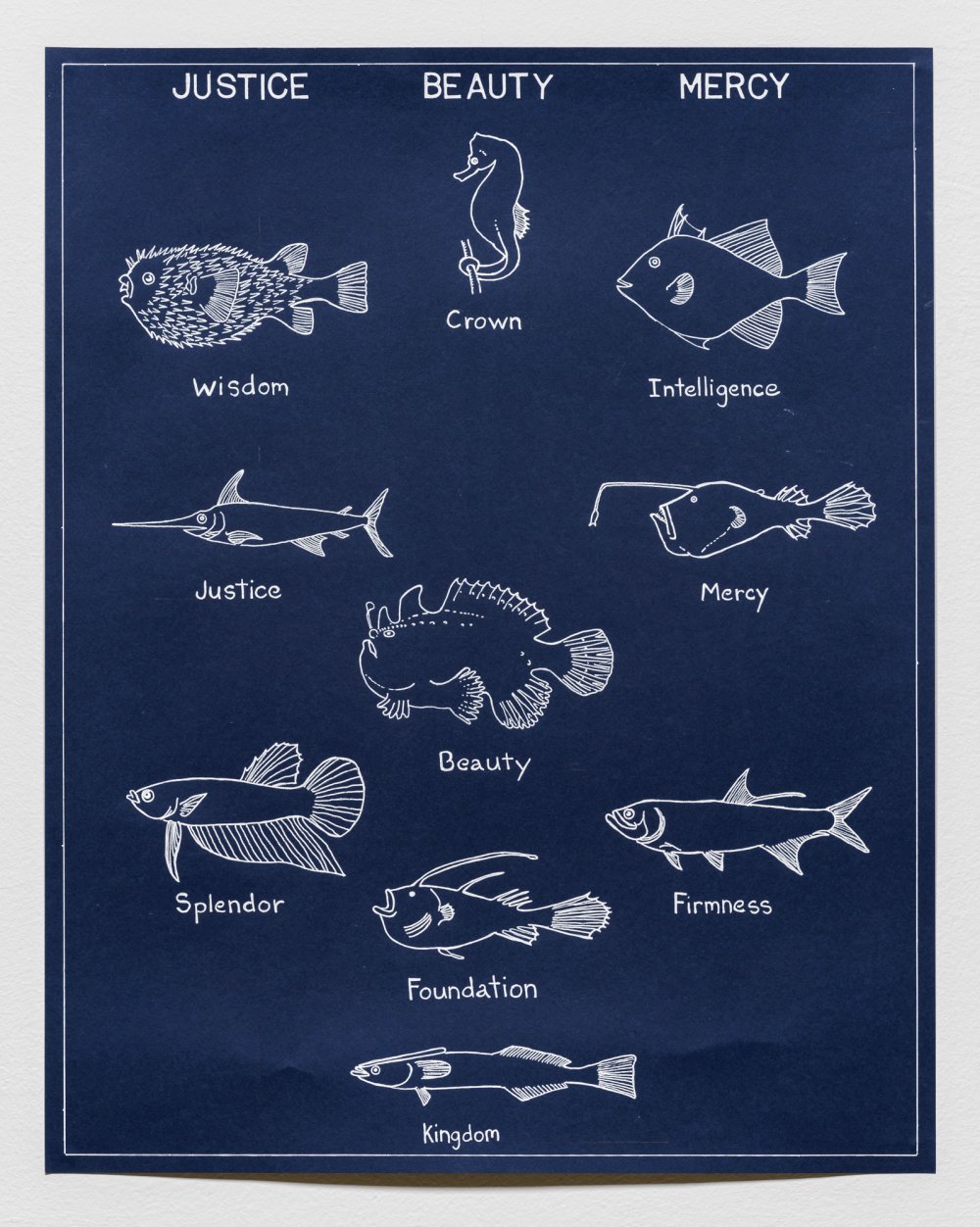 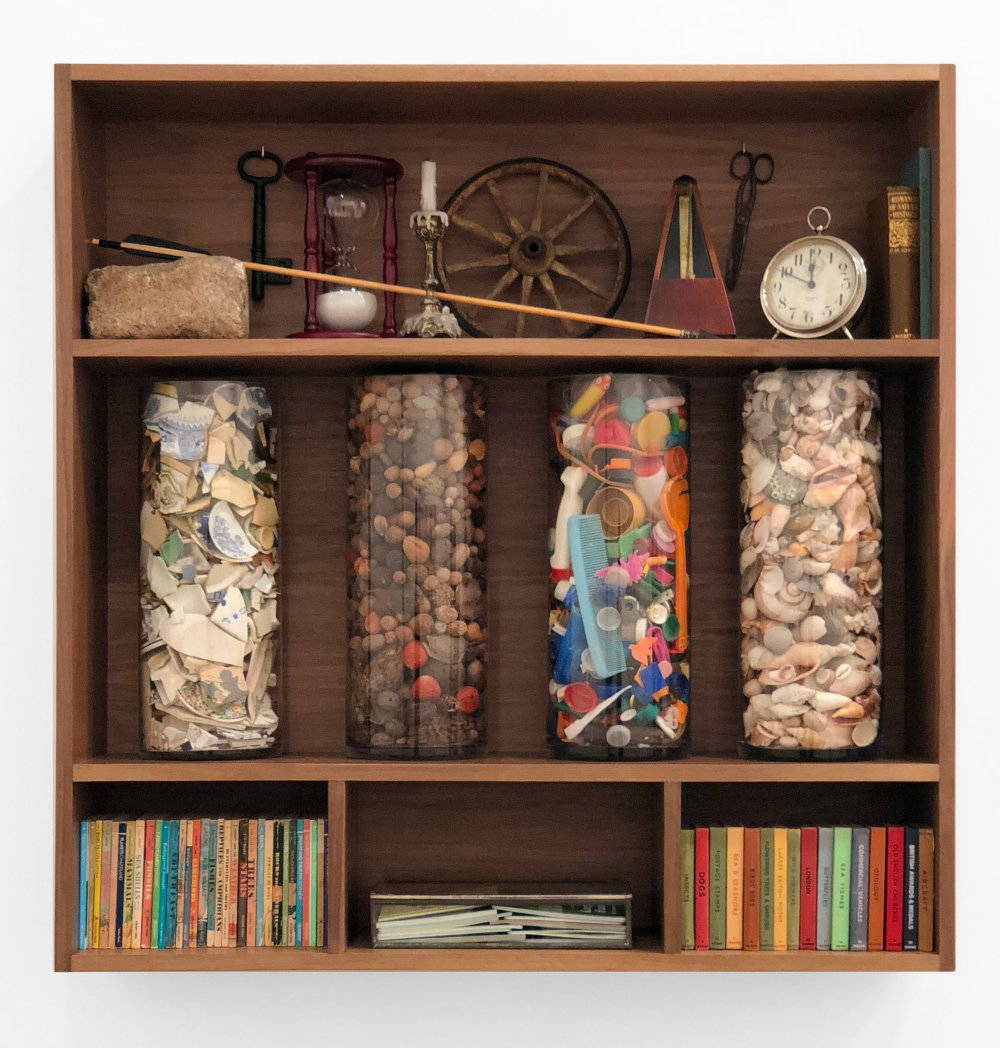 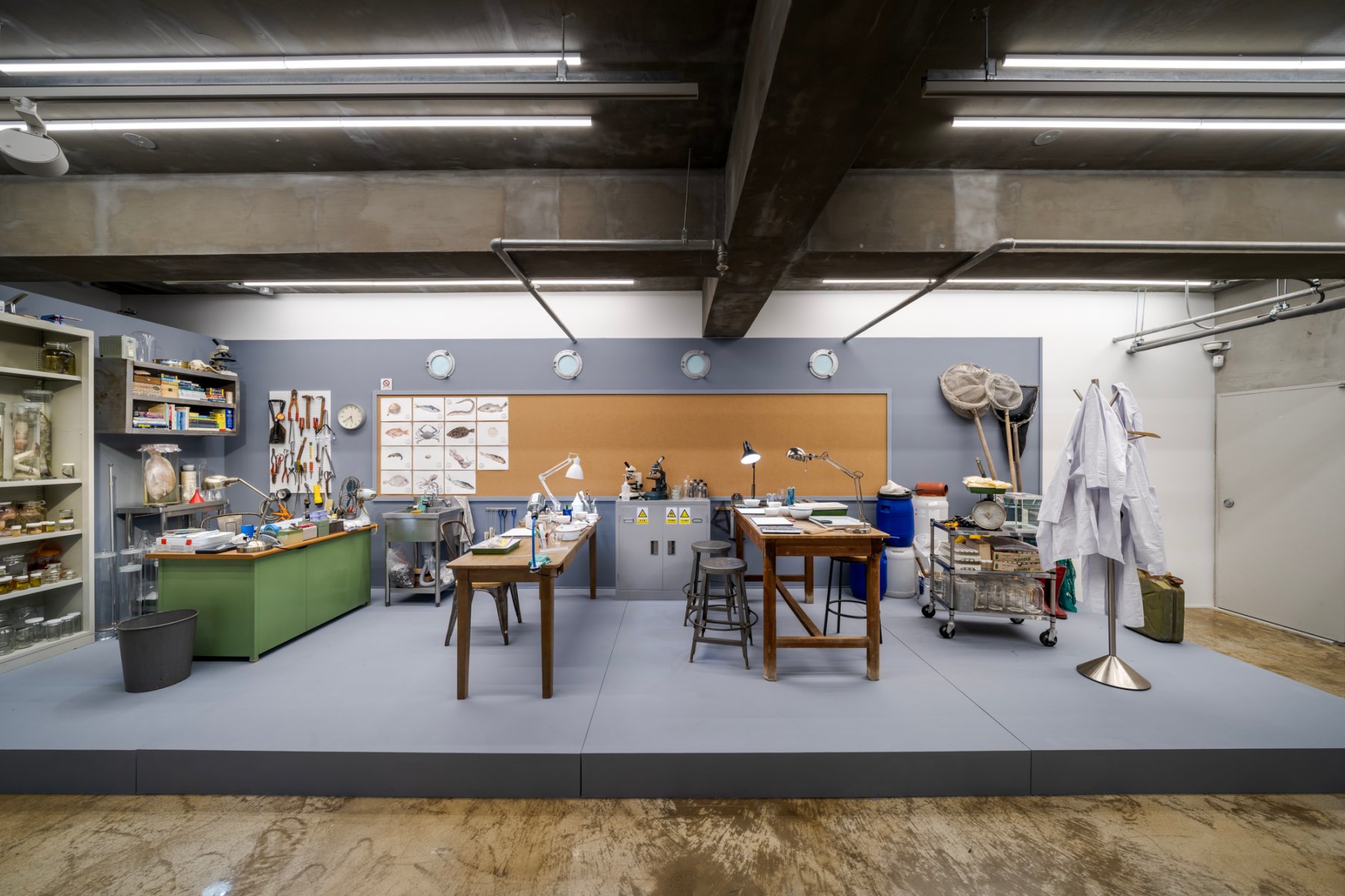 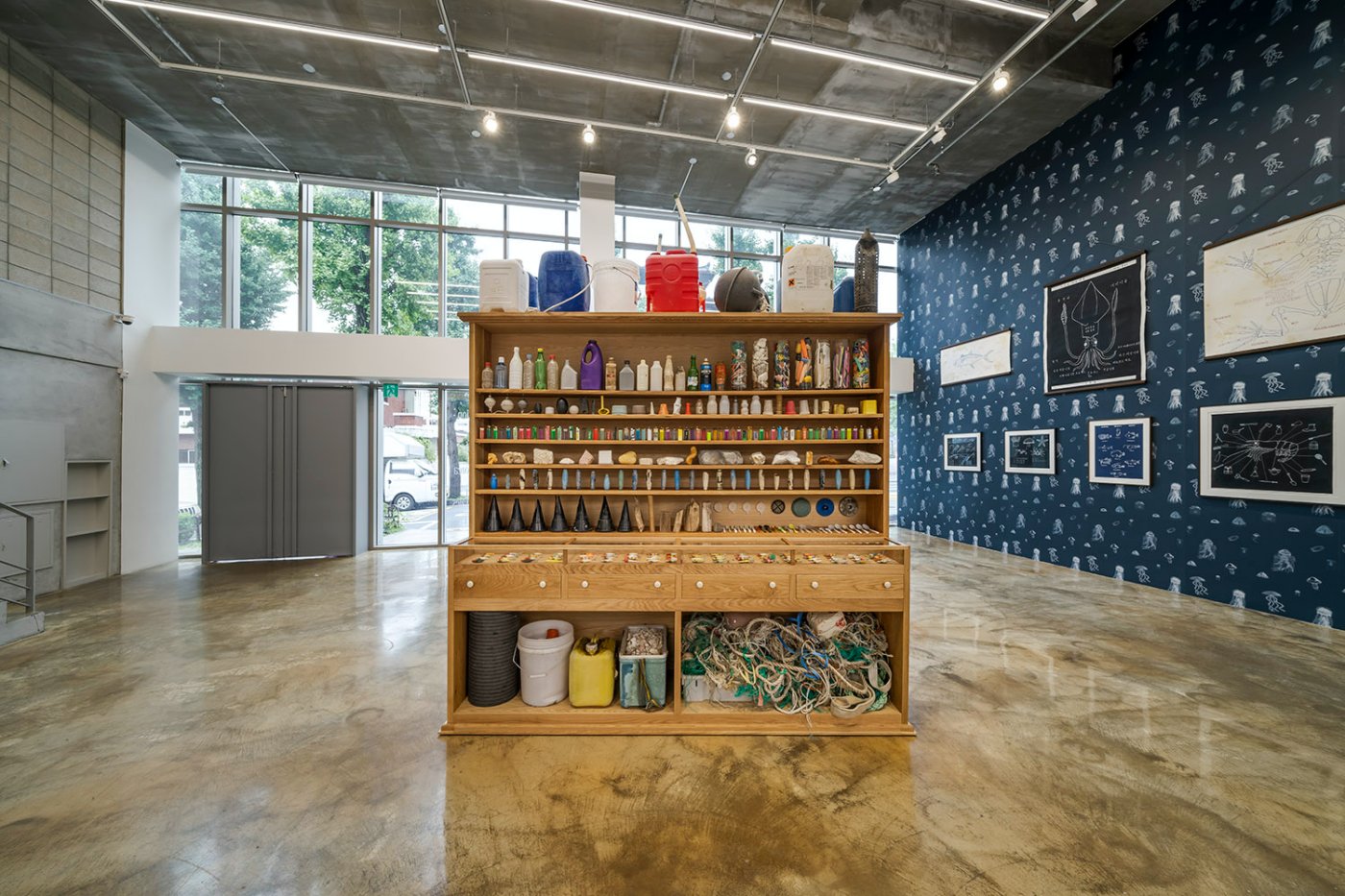 Since the mid-1980s, Dion has been critically exploring the ways in which museums shape the ideologies and interpretations of history, knowledge, and the natural world. Dion understands nature as the most elaborate space to produce power and ideology, arguing that the museum is where human curiosity and aspiration for nature can be confirmed most conspicuously. His work focuses on the politics of representation in museums; Dion’s oeuvre subverts the logic of human-imposed order and domination by borrowing from museums’ conventional methods of collection, classification, and display as well as incorporating them with the artist’s rhetorical tools such as humor, irony, allegory, and absurdity.

The ambivalence of indignation and grief for human destruction along with a deep love for nature has been driving Mark Dion to explore the world as an amateur ecologist, archaeologist, ornithologist, naturalist, and avid collector. In his first solo exhibition in Korea, The Sea Life of South Korea and Other Curious Tales, the artist again follows the footsteps of amateur archaeologists and marine biologists. The exhibition opens with two pieces of work: Cabinet of Marine Debris (2021), a new “cabinet of curiosities” composed of marine plastics collected from the south and west seaside of Korea, and the immersive diorama Sea Life of South Korea (2021), which recreates the laboratory of an anonymous marine biologist. These projects showcase the ambitious process of on-site archeological analysis, collection, classification, and display that had been conceived around the marine ecology and biodiversity in Korea. The Sea Life of South Korea and Other Curious Tales also unveils his monumental sculptures and large-scale drawings for the first time and invites the audience to a space of critical reflection on the relationship between nature and human civilization, a topic that Dion has continued to explore for over thirty years.

During his field research for the Cabinet of Marine Debris, Dion collaborated with private environmental organizations and public institutions in Korea. With the collection of marine debris, the artist brings light to the cause of today’s ecological destruction and environmental issues, which is our collective oblivion to the fact that these objects will last longer than us humans. By collecting and displaying these objects, Dion uncovers their properties that transcend human history and attempts to reveal that objects and humans share a place in history. The format of displaying these collected objects is borrowed from the tradition of Cabinet of Curiosities, or Wunderkammer, in which European aristocrats displayed their collection of rare specimens found during their travels to the New World, Africa, and Asia during the Renaissance era.

From colorful bottle caps, detergent containers, broken glass pieces, plastic buoys to fishing nets, toothbrushes, masks, fishing floats, and ropes, Dion’s collection of disparate objects reveals the detrimental impact of the relationship between material culture and human behavior on the marine ecosystem. While pointing to these ethical concerns, Dion also elaborately composes aesthetic and sculptural elements in his cabinet. Classified in a unique order of color, material, shape, and size, these objects are displayed in a cabinet made of glass compartments, small shelves, and drawers, becoming no longer merely floating objects. Rather, they acquire the status of precious gems separated from our lives, transcendent of time. Theatrum Mundi (Cosmological Cabinet) (2018), also in the form of a cabinet, is again composed of both commonly found natural objects such as stones, shells, and berries as well as human artifacts such as plastic waste and broken pottery pieces. By collecting objects that represent the tenuous realm of reality and the material, Dion further highlights the importance of creating art that no longer focuses on “what” is shown, but “how”.

Placed behind the Cabinet of Marine Debris, Dion’s new large-scale drawings depict various marine creatures in strenuous lines. As you take a closer look, one can soon find out that Dion is in fact using a pseudo-scientific taxonomy throughout these works. For example, while depicting a squid in Ecological Oriented Art Practice (2021), the artist notates the scientific name (Cephalopoda) but labels each part of the organism with art-related terms such as installation, landscape, process art, conceptual art, and land art. In Extinction Vortex (2021), he lists all the causes that put marine life to extinction, such as habitat destruction, war, global warming, overfishing, and coral bleaching, in depicting the anatomy of a sperm whale and its binomen, “Physeter macrocephalus”. Various kinds of fish had also been depicted in juxtaposition to marine plastic waste. In Marine Trophic Pyramid (2021) Dion schematizes the populations of various organisms that make up the food pyramid and puts various wastes and organisms to coexist in the spaces of producers, primary and secondary consumers. By employing his unique sense of humor, absurdity, and the rhetorics of allegory, he uses his drawing as a space for critical meditation to subtly reveal that scientific classification systems can always be modified at our disposal.

Dion’s installation work, Sea Life of South Korea, is a new diorama that reproduces the marine ship laboratory used for aquatic ecosystem research in the early 20th century and also reflects Dion’s taste, efforts, and sensibility for objects. Dion brings the space where biologists, scientists, and artists exchanged inspiration and forged academic excellence onto a dramatic stage with his imagination. This installation work started from his long-standing artistic inspiration, wonder, and love for nature as well as the desire to convey the inner conflict and anguish of marine biologists who study endangered species. This space, as in museums where found and collected objects are accumulated over a prolonged period, brings to life Dion’s poetic sensibility toward marine biodiversity and endangered species as well as the practical awareness of a biologist in field research.

Over the exhibition period, Dion plans to invite miniaturists to draw fresh marine organisms collected from the local market. The completed drawings will be displayed on the board in the laboratory of Sea Life of South Korea, and the used organisms will be put on display as immersion specimens. As such, the installation will serve both as a space of performance and an educational ground. In Dion’s laboratory, where the smell of alcohol and the fishy smells of sea creatures tickle your nose, you see a scholar’s old desk and an iron cabinet behind that display various sea life specimens. Opposite to it is a drawing desk for observing and recording living organisms. On the desk, there are paints and syringes used for producing samples. Dion creates Sea Life of South Korea through constructing a world with fragmented, exotic, and sometimes ethnographically hybrid objects that have been used for different purposes at different times and spaces. Thus, his installation holds multiple layers and complex structures that cannot be resolved in a singular interpretation. Intricate details and the mise en scène that incites more than a homogeneous gaze and deciphering allow the audience to actively engage and imagine, and to follow the traces of a momentary absence of an anonymous biologist like a detective. As a result, the audience will experience an expanded sense of life through the wonders and imaginative potentials of discovering the unknown.

Across the space of the artist’s fascination, grief, and wonder for sea life, The Sea Life of South Korea and Other Curious Tales also includes monumental works that capture his interest in nature and its cultural reproduction.

The coral from Dion’s Blood Coral (2019), for example, originally serves as a haven for various marine organisms to inhabit and hide from their predators in nature. Despite its critical role, there have been more frequent occurrences of coral bleaching caused by the human-induced destruction of the aquatic environment such as global warming and excessive underwater development. Dion’s Blood Coral is in blood-red compared to the bleaching—or death—of corals, and is sitting on a transport crate stamped “Fragile” as if it is warning its death. The artist repurposes coral’s beautiful shapes and colors to create jewelry boxes. On its branch, artifacts such as perfumes, photographs, medals, bells, teacups, pearl necklaces, and accessories are hung. Blood Coral shows how humans culturally reproduce and consume natural objects. Additionally, by introducing corals as both a piece of nature and a cultural artifact, the crate used as a pedestal for the sculpture critically points to both the museums that present natural history as well as the distribution chain that consumes nature as an object of cultural reproduction and commodity.

Brontosaurus (2016) also exposes the inherent cultural representation of the way humans view nature, including animals. Through dinosaur-themed museum exhibitions, films, toys, cartoons, and character goods, we can easily encounter dinosaurs that have long gone extinct. Since the early 1990s, Dion has critically analyzed the power dynamics revealed in scientific research on animals and plants, paying particular attention to the popular and consumer culture around dinosaurs. Standing on a pedestal of a shadow made of tar, Brontosaurus seems to suggest the extinction of dinosaurs that fell into a tar pit, eventually hardened into a fossil. In addition, the pedestal filled with various cleaning tools exposes the many faces of the museums discreetly hiding to maintain its image as a sanctuary for artworks. Dion’s sculpture humorously points out the way in which the necessary labor and cleaning tools for a pristine display can easily be exposed, and also brings to light how dinosaurs are consumed as part of a popular culture driven by our fantasies. In Stork (2016), a tar-covered black stork stands precariously in a bucket filled with plastic and discarded objects. With a blank expression, the stork is left vulnerable to human waste, inducing a sense of melancholy. On the Topic of Hunting (2015), a sculpture of a shotgun points to the dark side of human domination and death in the act of hunting. This piece taps into the psychology of hunters who often find animals beautiful and alluring and yet choose to kill them as an expression of their admiration. Dion’s monumental sculptures on display show how nature is one of the most contested spaces in which humans express their power and ideology.

As a naturalist, Dion has created spaces and works in which the coexistence of natural objects and cultural artifacts / ordinary life and wonderful discoveries / life and death conveys how capitalistic society developed a self-destructive relationship with nature. Insightfully incorporating rhetorical devices such as humor, irony, and allegory with dark and heavy subjects, Dion constantly presents the question of what we believe in, and if it is true. Dion’s work stands against and dismisses the assumption that intellectual art can only be “intellectual” in a text-based or purely material format. Rather, he explores the possibility of visual art serving as a venue for taking a didactic, virtuous, and political stand. In The Sea Life of South Korea and Other Curious Tales, Dion continues to highlight the fact that objects, humans, and nature share the same space in the continuum of history.