How dreary to be somebody!

To an admiring bog! 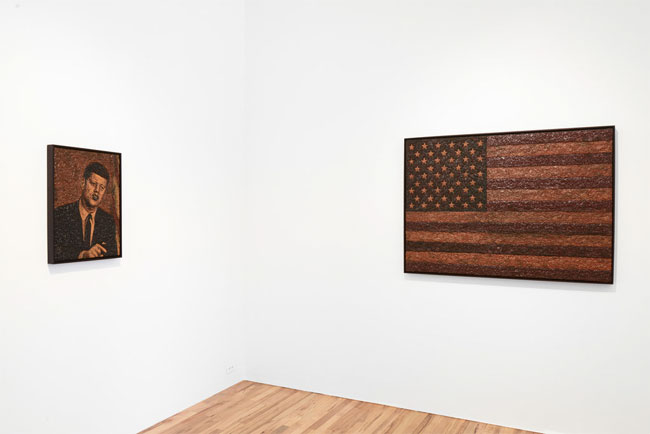 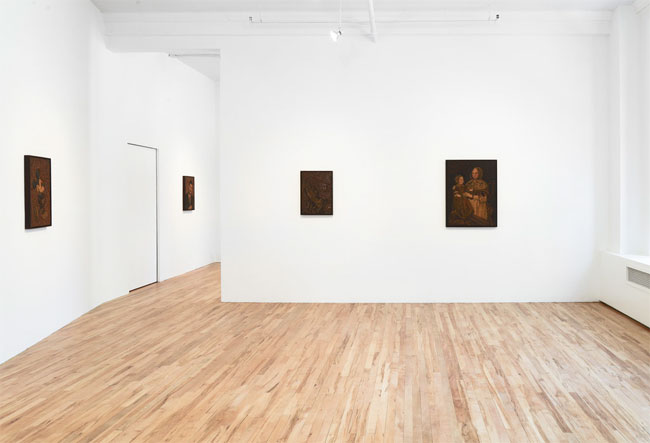 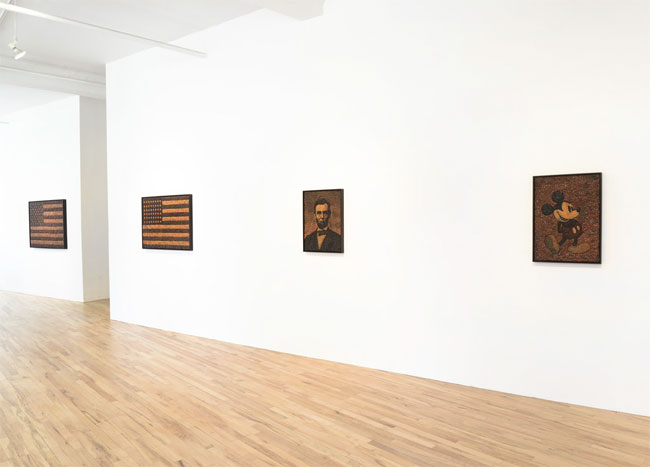 Mark Alexander, who grew up as a farm boy in the South of England, worked for years in aerospace machine manufacturing and made his way up from charge-hand to engineer with qualifications based primarily on his imagination and adaptability to varying social milieus and spheres of labor. Finally in 1993, he made headlines in the national press as ‘Factory Worker going to Oxford’. With nothing but a brilliant copy of David’s imposing ‘Napoleon’ painting in his portfolio, Alexander won a place at the prestigious school as an art student without any of the educational requirements needed.

These are only a few chapters in the story of a milieu-absorbing wanderer who becomes a medium of the circumstances he meets. Mark Alexander’s early journey reads at times like an 18th century novel resonating a cultural archetype as created by Voltaire in “Candide (ou L’Optimisme)” or a ‘Kaspar Hauser’ type of character. The fabric of these stories makes the background for a deeper understanding of his exceptional presence in the contemporary art scene. Ethan Wagner wrote in his 2005 essay “An Introduction to Mark Alexander, the Painter” that the artist’s work “stands apart” and that in front of his paintings one is alone, “and that’s just the way he wants it.”

In 1998, Mark Alexander first emerged in the London art world. He had a reputation of being a ‘reclusive perfectionist’ and in the first decade of his career he released no more than 22 works. Soon each of Alexander’s rare painting projects achieved memorable status in the collectors and critics’ community.

Alexander received first prominent international recognition with the iconic Jasmin (1997-8), a highly absorbing painting exhibited in 2002 in the cross-generations show “Painting on the Move”, curated by Peter Pakesch at the Kunsthalle Basel, Switzerland. The painting was sitting in this exhibition like an intimate monolith, showing a young woman’s face, – her eyes looking devotionally upwards at a higher realm, – like a Renaissance angel. A dramatic play of shadows gives a touch of contemporary orientalism and goth, while the immediate realism of the features is rather unsettling.

The new painting series American Bog continues a project that began in 2012 in London at Wilkinson gallery with the series Ground and Unground. This intriguing show introduced Alexander’s new dramatic mode of oil painting referred to by the artist as Bog: an impenetrable visceral substance or environment promoting transition, decay and retrieval.

Mark Alexander’s Bog paintings in Ground and Unground are adaptations of classical paintings anchored in the public sub-consciousness, painted after Durer, Millet, Van Gogh and other non-modern sources.

In the American Bog painting on show this Fall at BROADWAY 1602 Alexander took on the super-icons of Americana: the portraits of Abraham Lincoln and John F. Kennedy, early pioneers in The Freakes, the American Flag from 1777, 1912 and 1960, Emily Dickinson and Mickey Mouse.

Mark Alexander’s work is situated far beyond the sheer means of appropriation. One could state that Alexander is part of a new generation introducing a deeply involved form of ‘Post-Appropriation’ to the British and international art landscape in the aftermath of YBA, – once so heavily and boldly invested in the postmodern project. His strategy could be addressed as a form of existentialist adaptation or as author Kelly Grovier – who intensely followed Alexander’s work in the last ten years – interpreted, an “incorporation” in a literal internalizing sense.

In conjunction with this exhibition we are pleased to announce the first release of BROADWAY 1602 PUBLICATIONS:

The publication is available at BROADWAY 1602 in September 2013.