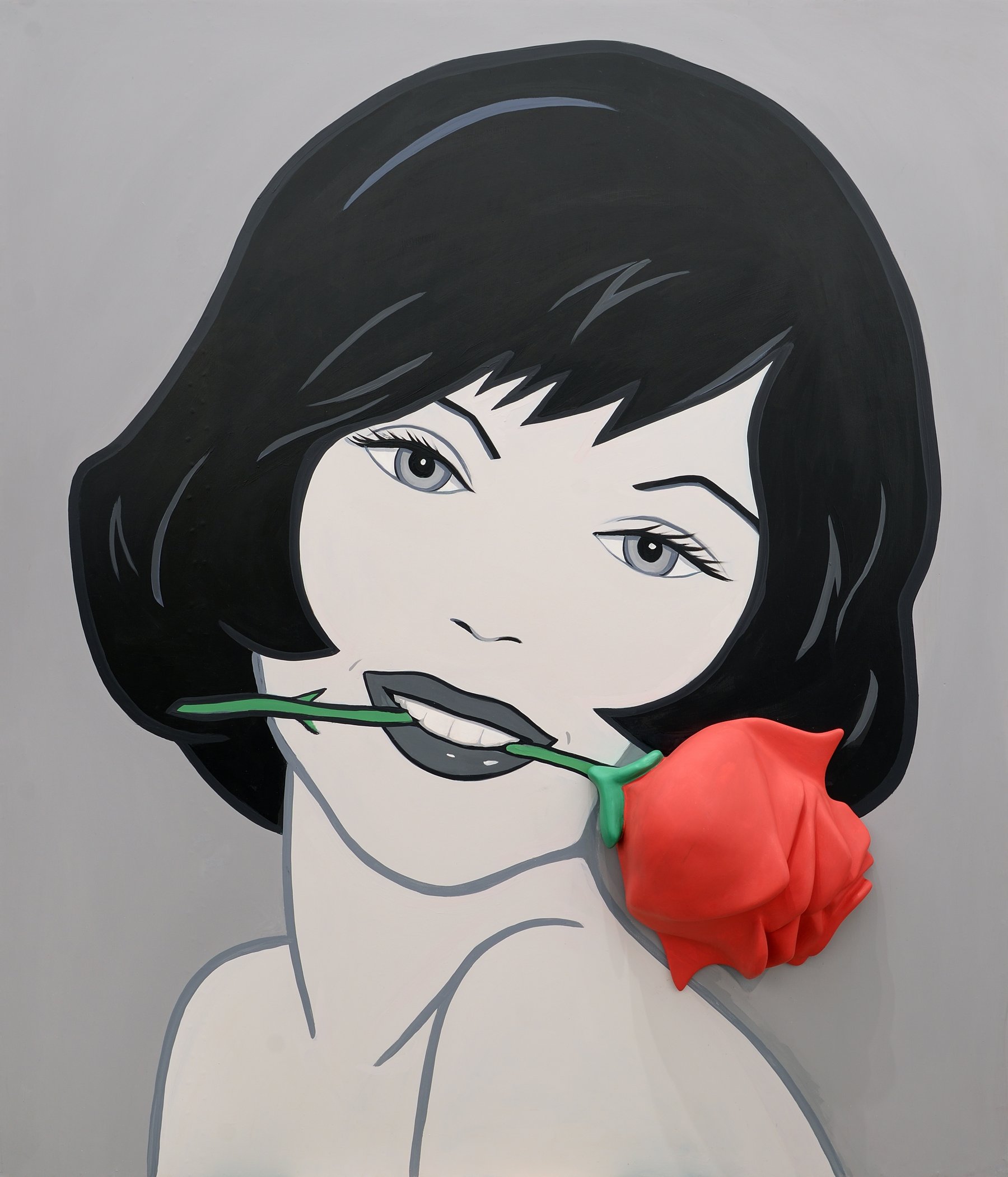 “I’m basically a sculptor, interested in perception. My and other people’s perception of space. I began my artistic life as a painter, became dissatisfied with the flat plane of the canvas and started building out into the room.”

Marjorie Strider pushed the boundaries of painting – literally into further dimensions – with her three-dimensional reliefs of pin-up girls, a genre she invented and referred to as shaped canvas. Strider’s play with flatness and volume lambasts the minimalist ‘specific objects’ of Donald Judd and Ellsworth Kelly and establishes a new figurative possibility for painting and sculpture.

Following the monumental exhibitions about the women at the helm of the Pop Art movement, namely the “Amazons of Pop!” at the Kunsthalle zu Kiel, Kunsthaus Graz and MAMAC Nice (2020-1) and Germano Celant’s “New York: 1962-64” at the Jewish Museum, New York (2022), which highlighted Strider’s immense individual influence, this exhibition contributes to the continuing re-evaluation of understudied trailblazers of the twentieth-century.

“In an exhibition of what could be taken as, among many other things, a mini-survey of the rise of Pop Art, the single most dynamic Pop image is Marjorie Strider’s big, bold Girl with Radish.”

With contributions from Lucy Lippard, Sid Sachs, Sabra Moore, and Jérôme Neutres, the fully illustrated catalogue to the exhibition presents unpublished highlights from Strider’s personal archive, witnessing her central role in the network of Post-War American masters with her correspondence with the likes of Carl Andre, Eva Hesse, Sol Le Witt, and Marisol.

One of the earliest works included in the exhibition is Triptych II, Beach Girl, 1963, which was included in 1964 group exhibition “First International Girlie Exhibition” at Pace Gallery, and celebrated by critics over the male titans of Pop, including Roy Lichtenstein, Andy Warhol, Tom Wesselmann, and Mel Ramos. The piece is an early example of Strider’s “Girlies” and serves to place her firmly in the history of Pop Art, adding not only a female, but a feminist perspective.

“When Strider died [in August 2014], she left behind a body of work that was varied in form but unified in strategy: With a stealthy sense of humor her art pushed back against visual, material, and political confinement. Her painted reliefs of busty bikini models and ripe vegetables put pressure on the boundary between painting and sculpture, but they also pushed against decorum by brazenly shoving themselves into viewers’ spaces.”

There are endless ways to consider Strider’s evolution through the decades, from her arrival in New York City in the early 1960’s to her final works created in 2014, the year of her death. Her mastery of color and effective use of many different media remain a constant presence, as does her thematic experimentation with feminine beauty, paradoxical objectification, and the male gaze. Her influence was not limited to only painting and Pop Art and the examination of the female figure and identity; her performance art was tied to innovations from Fluxus and was presented at the Whitney Museum in 1971.