Brun Fine Art presents the exhibition MARIO SIRONI signs & colours, offering a significant body of works by Italian artist Mario Sironi (1885-1961), who is considered one of the most modern artists of 20th-century Italy. 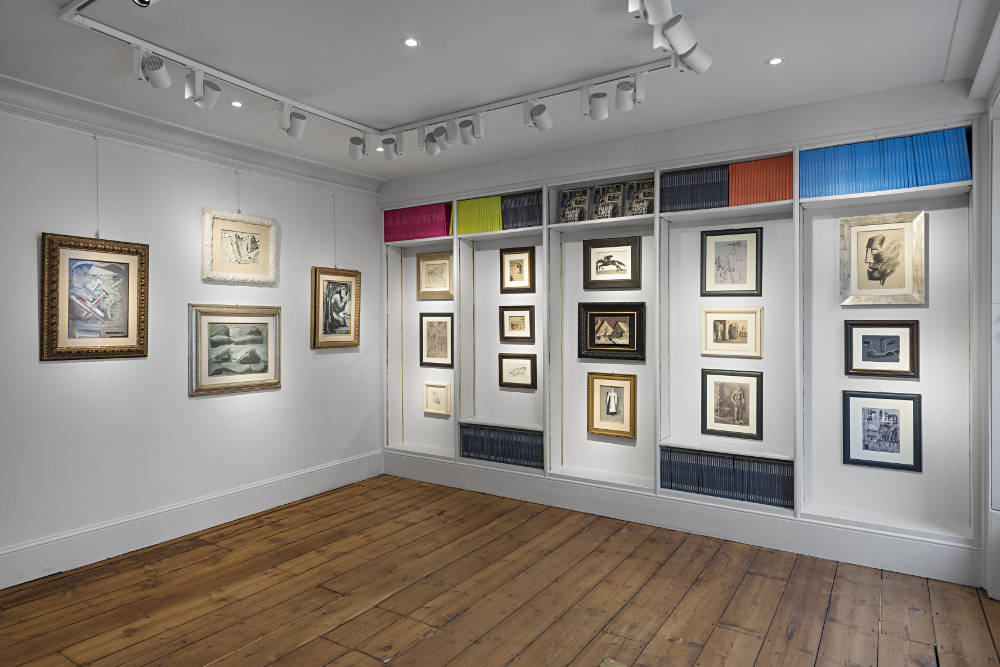 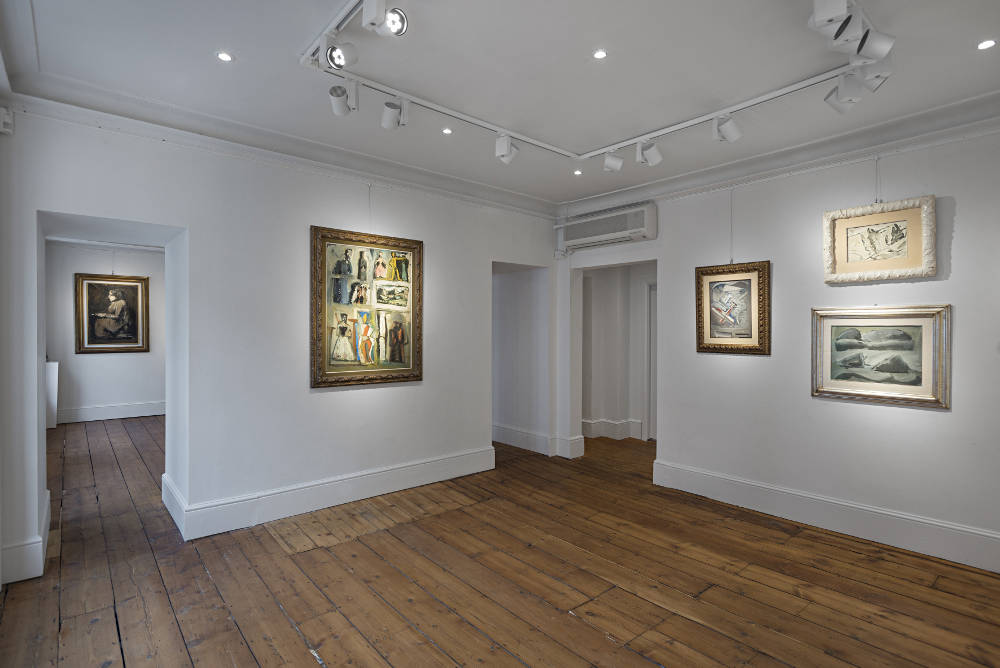 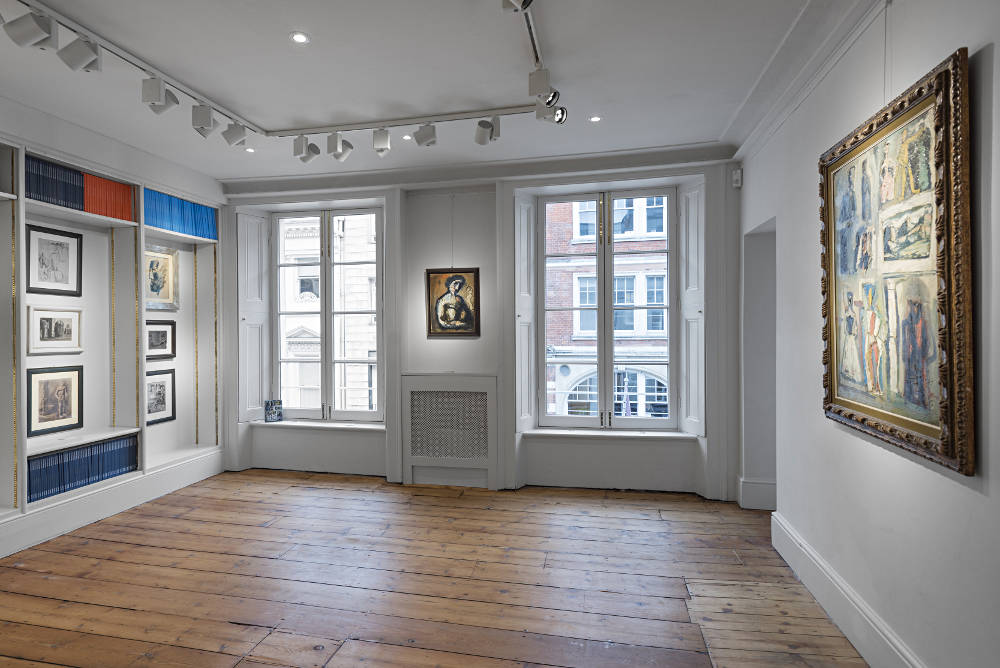 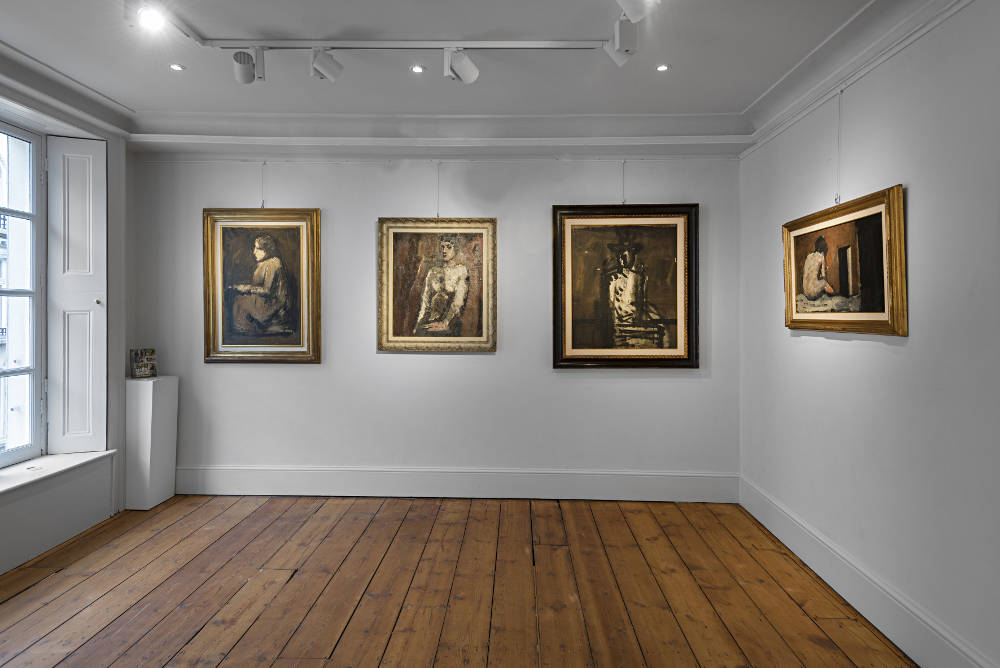 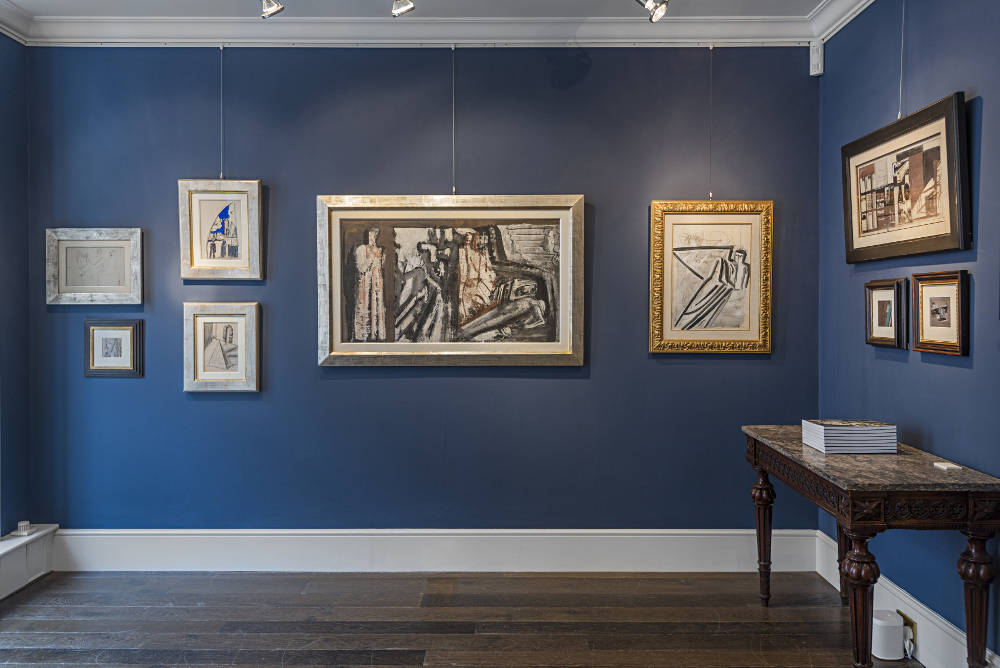 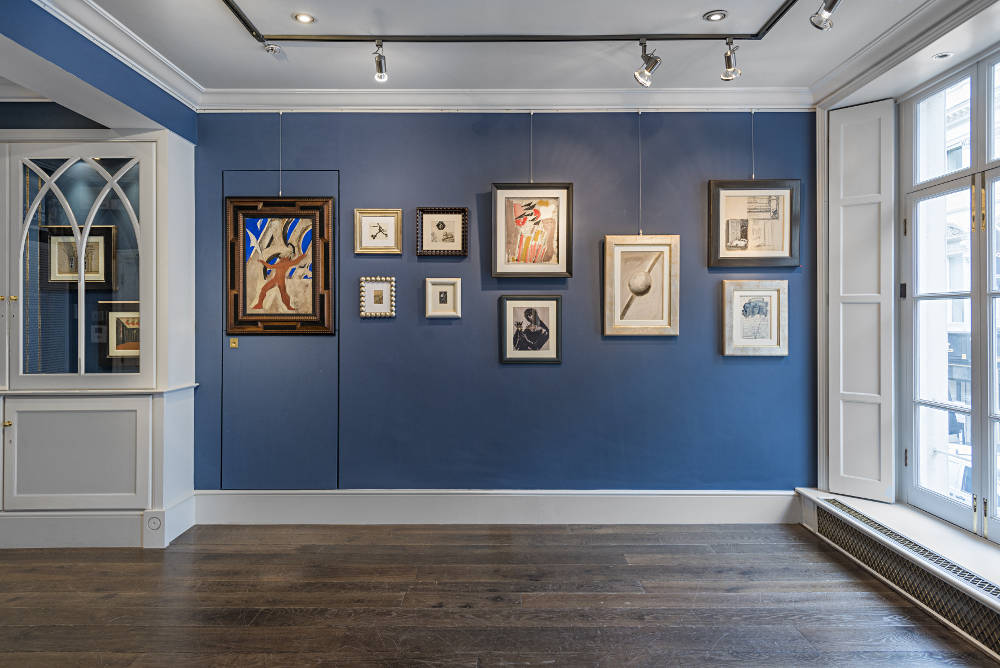 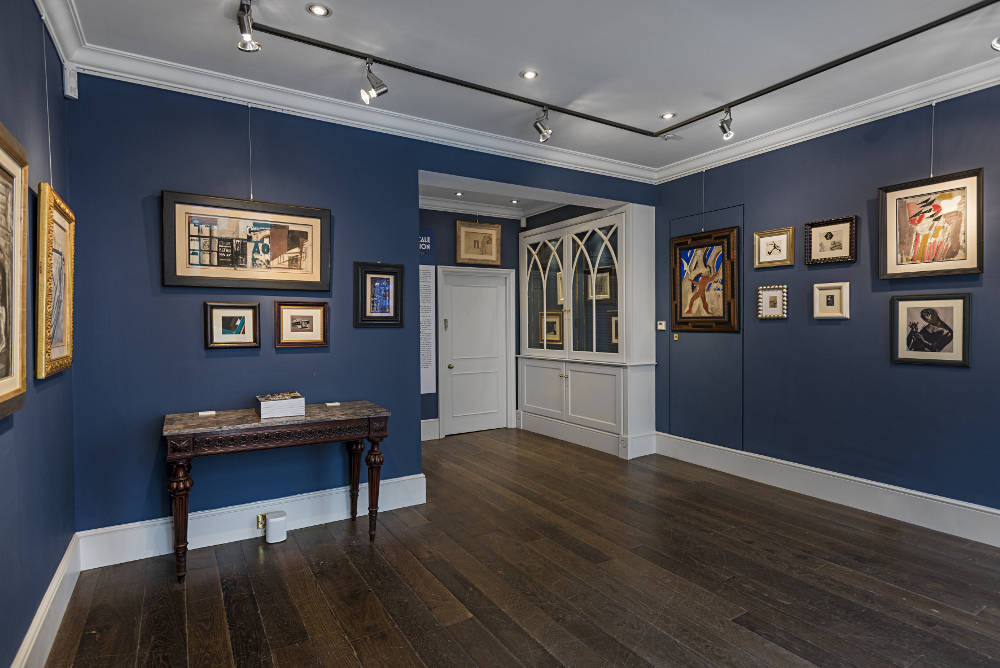 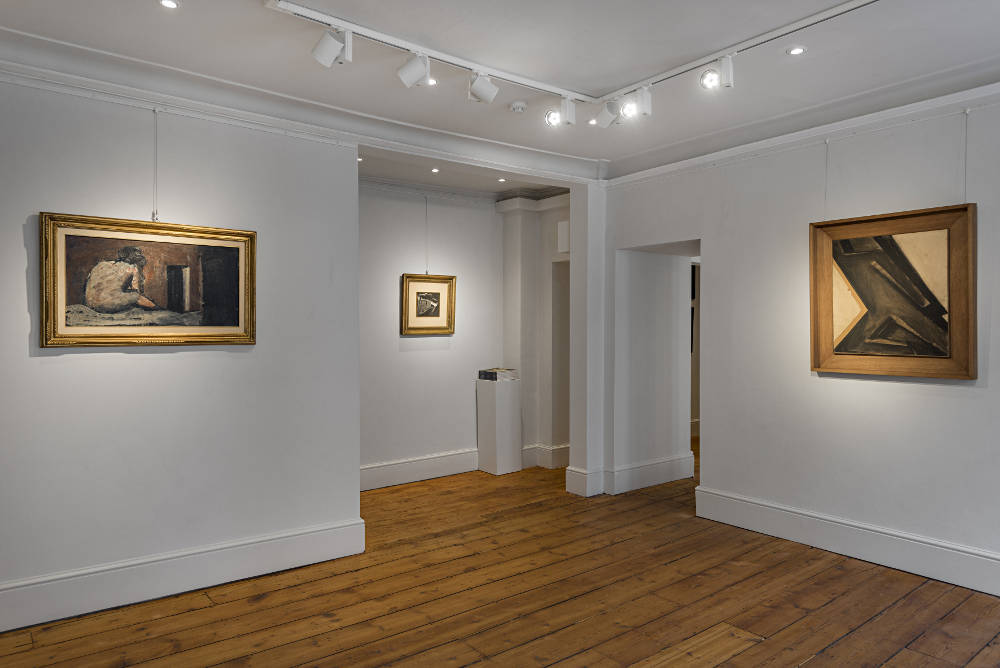 Initially, the project envisaged offering the London public only Sironi’s production from his years of solitude (1940-1960). The inevitable tragic failure of an era, the dramatic awareness of errors, the historical emergence of the trap of illusions in fact push Sironi into a forced, inevitable and macerating solitude. Over time, which imposes itself with the end of the Second World War, he digs obsessively into the reasons of a lifetime. Thus his works become evident with further hardened tones. That gloom, which is almost a background noise to his painting, is transformed to the point of touching on drama. A personal apocalypse emerges that does not regenerate but consumes, tears from within. The fatigue of living, which already emerges in his urban landscapes, becomes suffering amplified by the ferocious depression that tears him apart and which is expressed in images scratched on the canvas. The reliefs of a time that hark back to classicism have been transformed on the rough glass canvases. Vittorio Sgarbi has no doubts, considering this painting of the years of solitude, a “beautiful, moving painting […] perhaps among the highest ever produced in Europe during the 40s and 50s.”

But a similar expositive cut risked making it difficult to understand what Agnoldomenico Pica, in his monograph of 1955 dedicated to the master, defines “the uniqueness of the Sironi phenomenon.” It should not be forgotten how, following the acceleration imposed by the transition to Futurism, he anticipates times on functional modernity, almost in parallel with the Russian Constructivists.

The conviction of large wall paintings far from small easel formats, from salon painting for the chosen few, is deeply rooted in Sironi. An authentic modern epic artist, he keeps his ideal goal unaltered in authentic art full of vibrant moral messages, aimed not at satisfying populist tastes but at forming them. This aspiration, mixed with a visceral interest in architecture and sculpture, finally finds, in the 40s, an outlet in the renewed commitment to theatrical activity, with the execution of sets and costumes that reaches its peak with scenes for the Don Carlos of Giuseppe Verdi, commissioned in 1950 by Maggio Musicale Fiorentino. But it is a fragile illusion linked to the ephemeral character of theatrical scenes.

Equipped with remarkable technical means, excelling in drawing, he is a fruitful creator of iconographies capable of making him a great interpreter of his time. Always faithful to himself, he forges his own unequivocal style and already with the 1943 exhibition traces a line of evident demarcation in his itinerary as an artist. The tempera, which he so widely uses, now becomes a memory and element of continuity with monumental works, with the fresco. Corroded by the restlessness of the mystery of life, he moves frantically in the vain search for something to believe in. In his painting with compartments, and in several registers, cracks appear to open to informal suggestions to the point that, in 1952, critic Michel Tapié placed him among the informal material artists. So, the solitary and personal existentialism of Sironi finds common points of contact with the collective crisis of values, and foreign critics, without prejudices, perceive him as a modern-day artist. In fact, the full-bodied travelling exhibition by Sironi and Marino Marini, which passed through the major cities of the United States of America in 1953, met with wide approval.

When the dialogue with death becomes more intense, his multiple compositions are full of ruins of idols, of allusions to ideals of glory that disintegrate, and Sironi takes to painting the visionary hallucinatory series dedicated to the theme of the Apocalypse which concludes in a primordial and eternal mythical atmosphere in May 1961: three months before his epilogue. In 1962, the Venice Biennale dedicated a broad retrospective to Sironi that also started in Italy the period of an approach devoid of preconceptions to the work of one of the great protagonists of the 20th century.