Tucci Russo Studio per l’Arte Contemporanea presents the second exhibition of the artist Mario Airò at its venue in Turin, following on from the first solo exhibition held in the spaces of the Torre Pellice gallery in 2014. 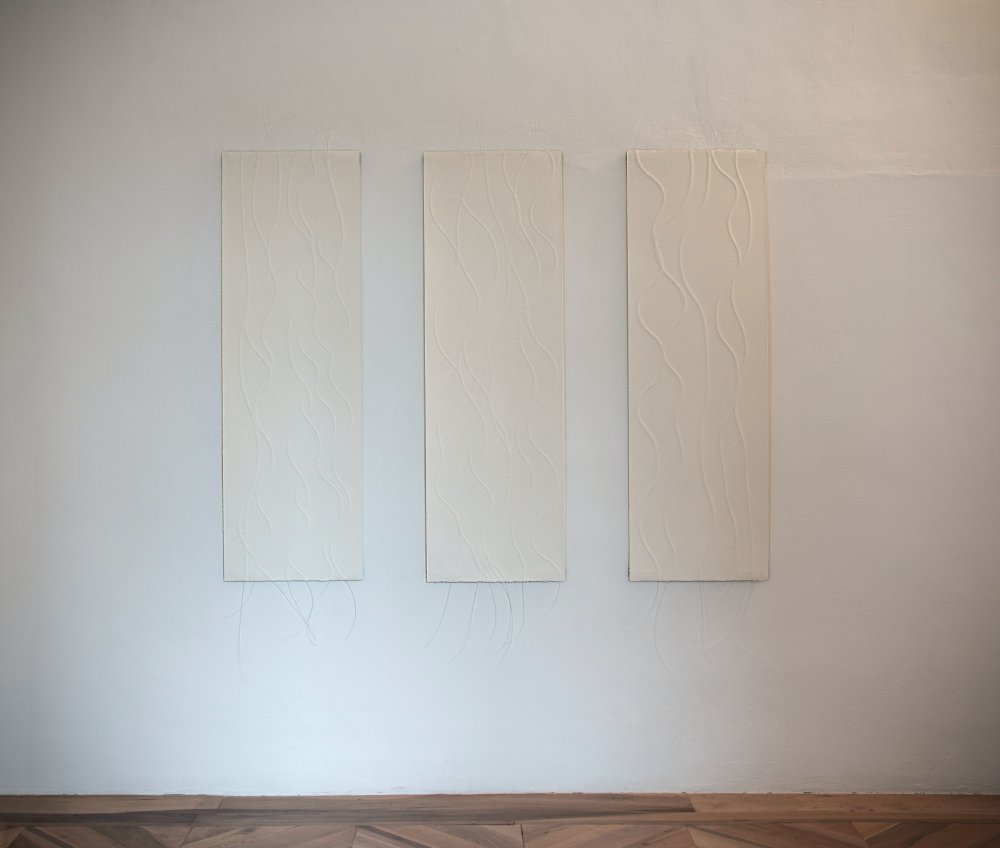 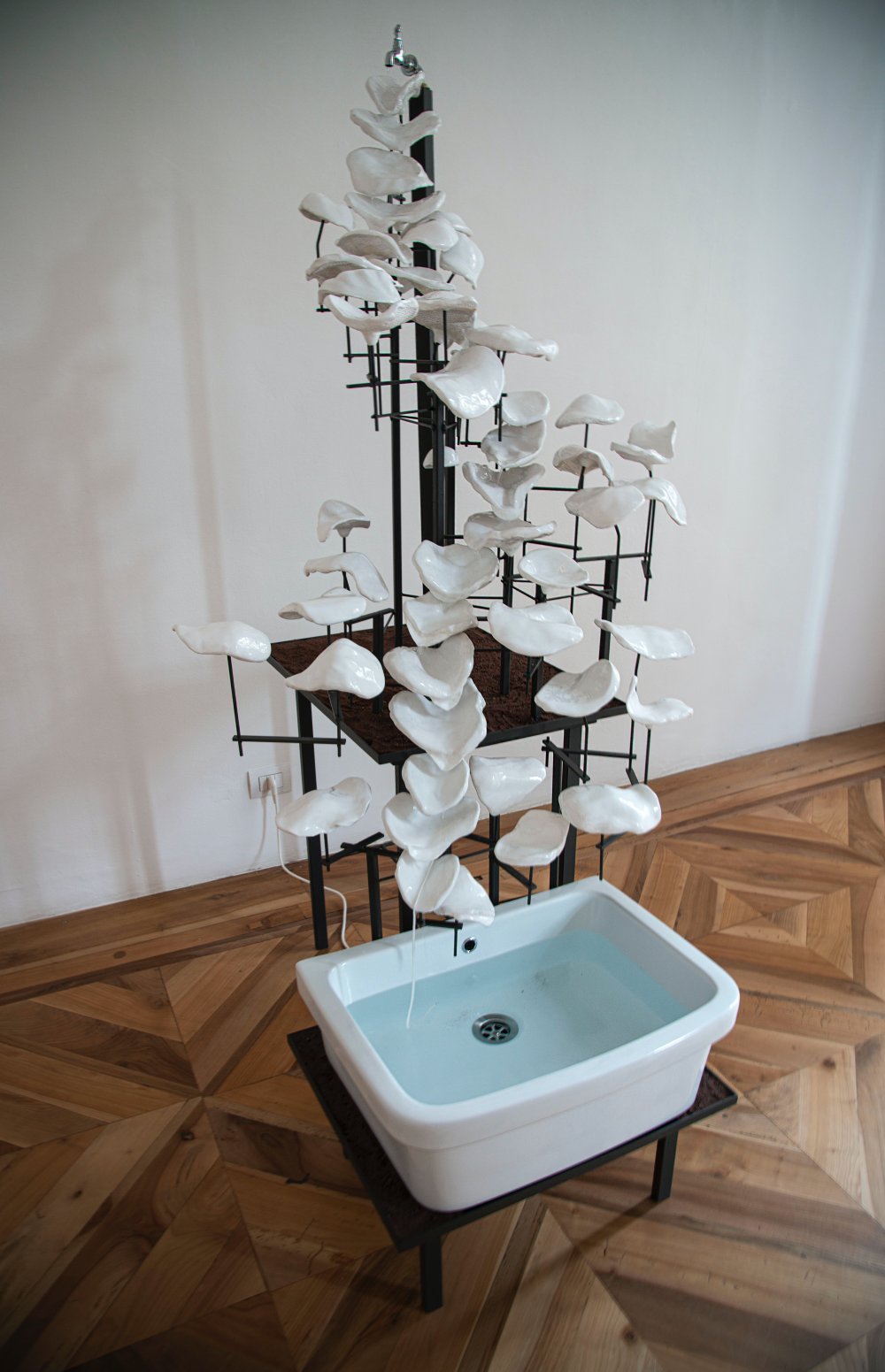 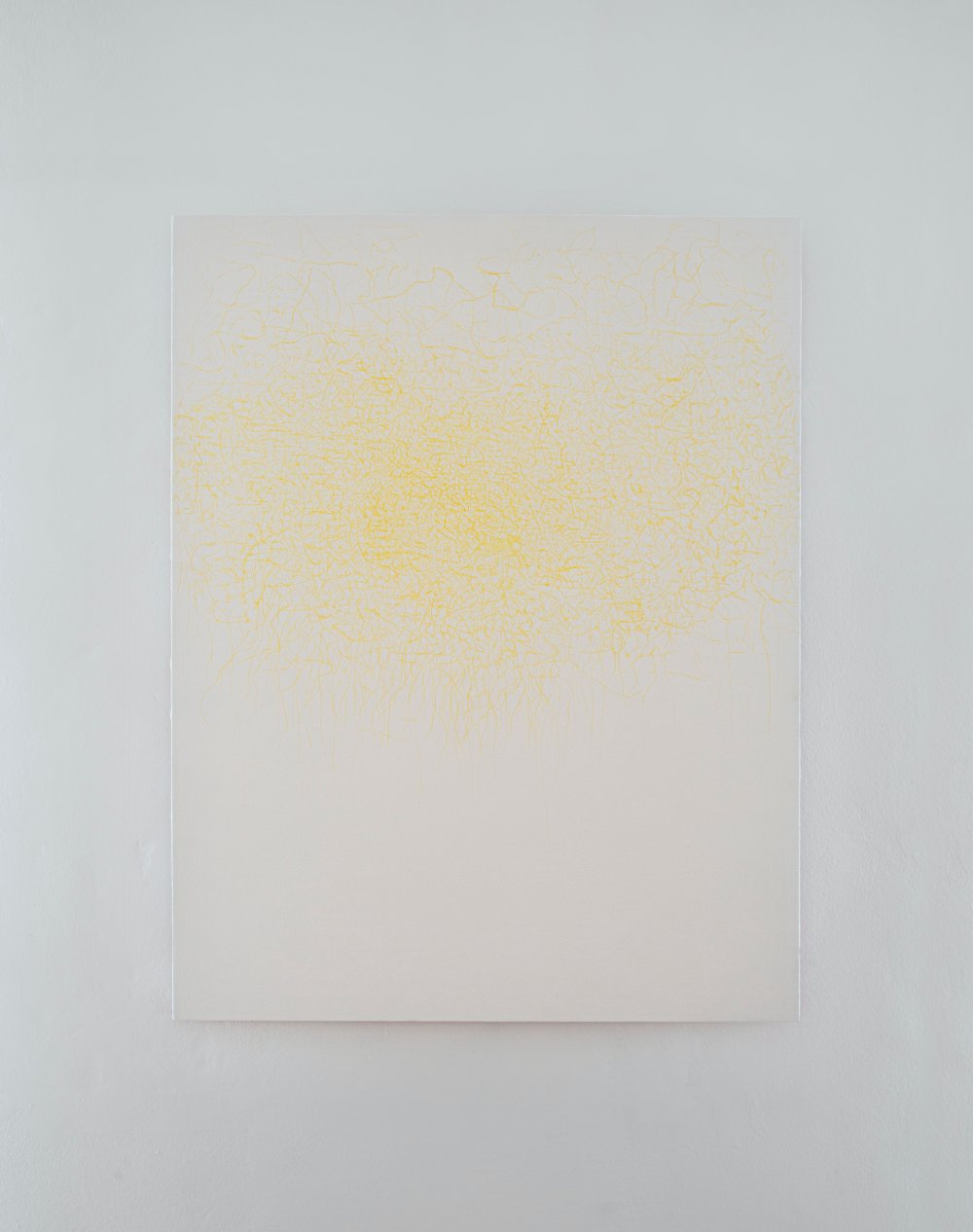 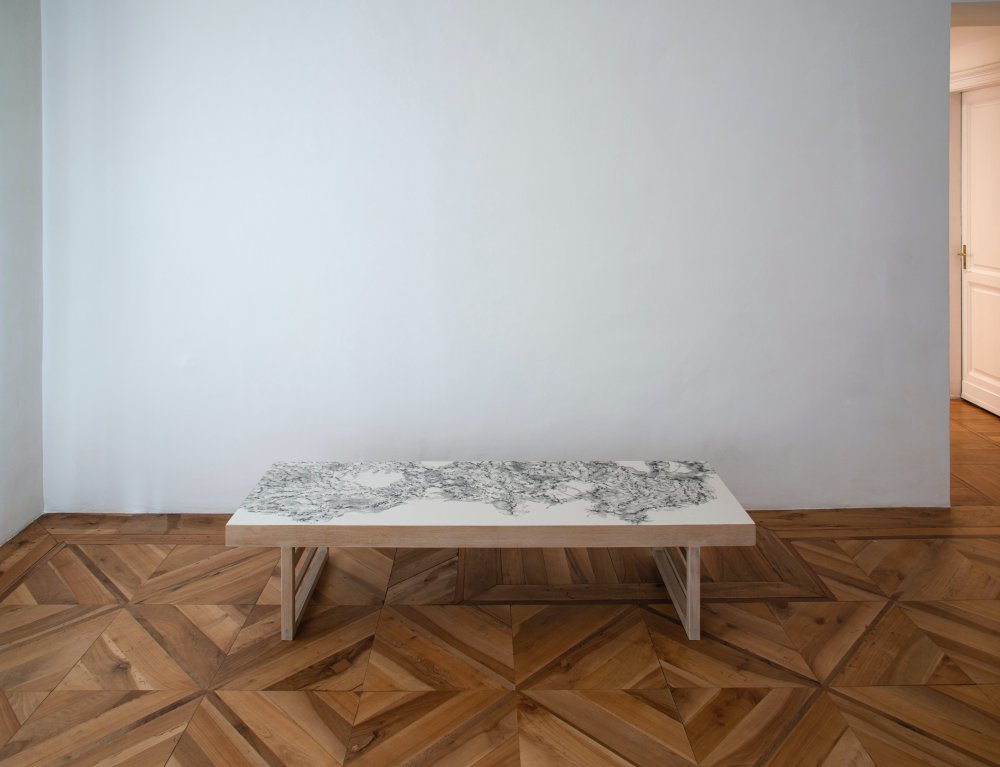 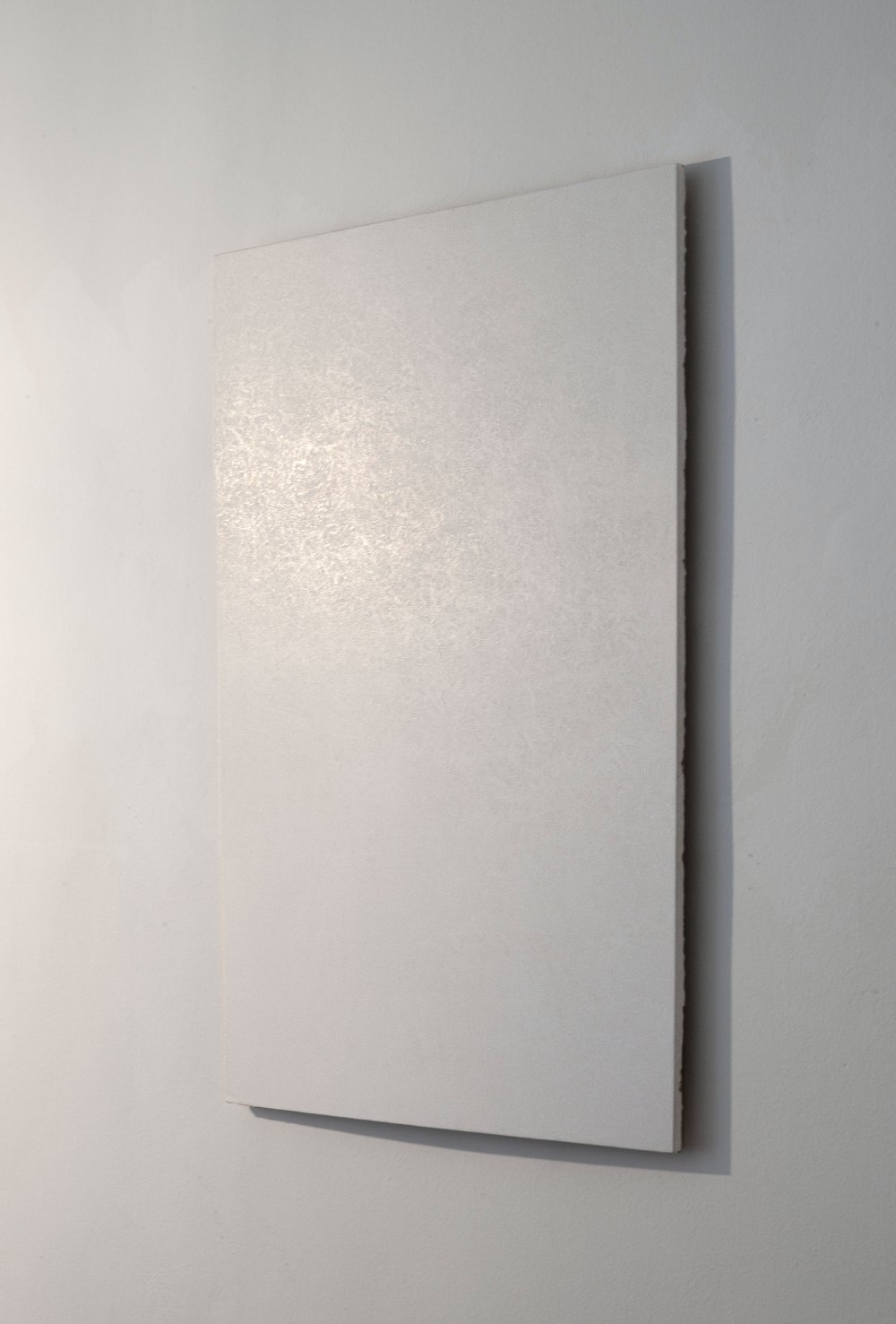 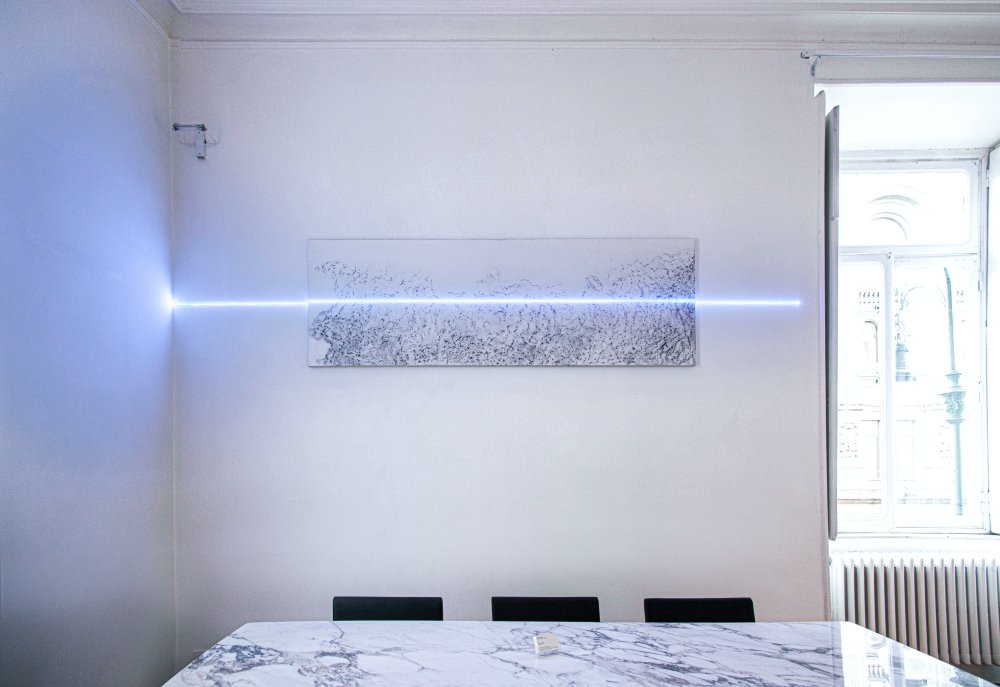 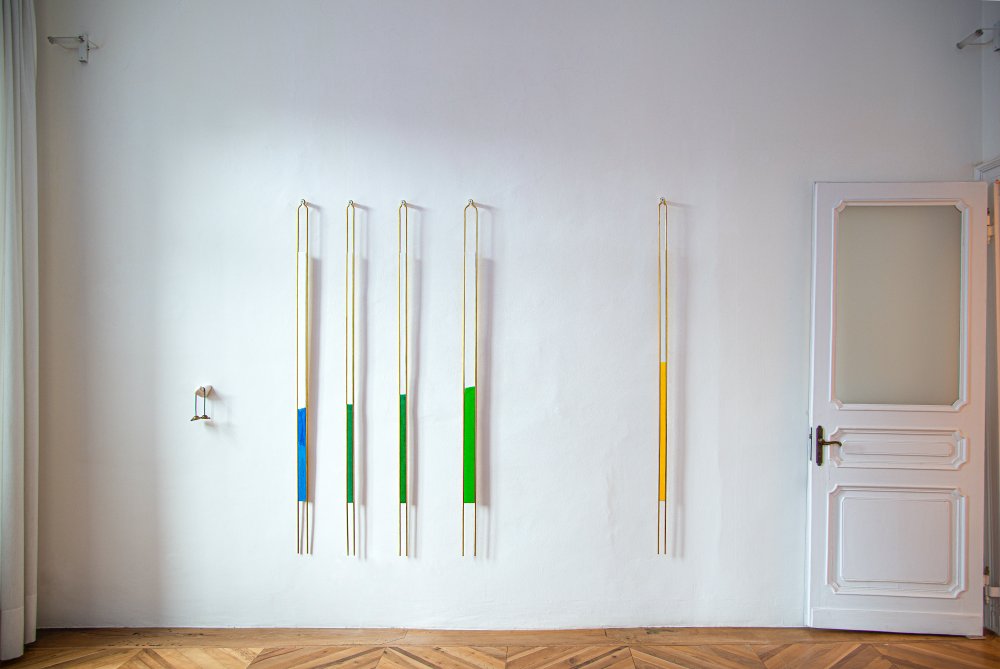 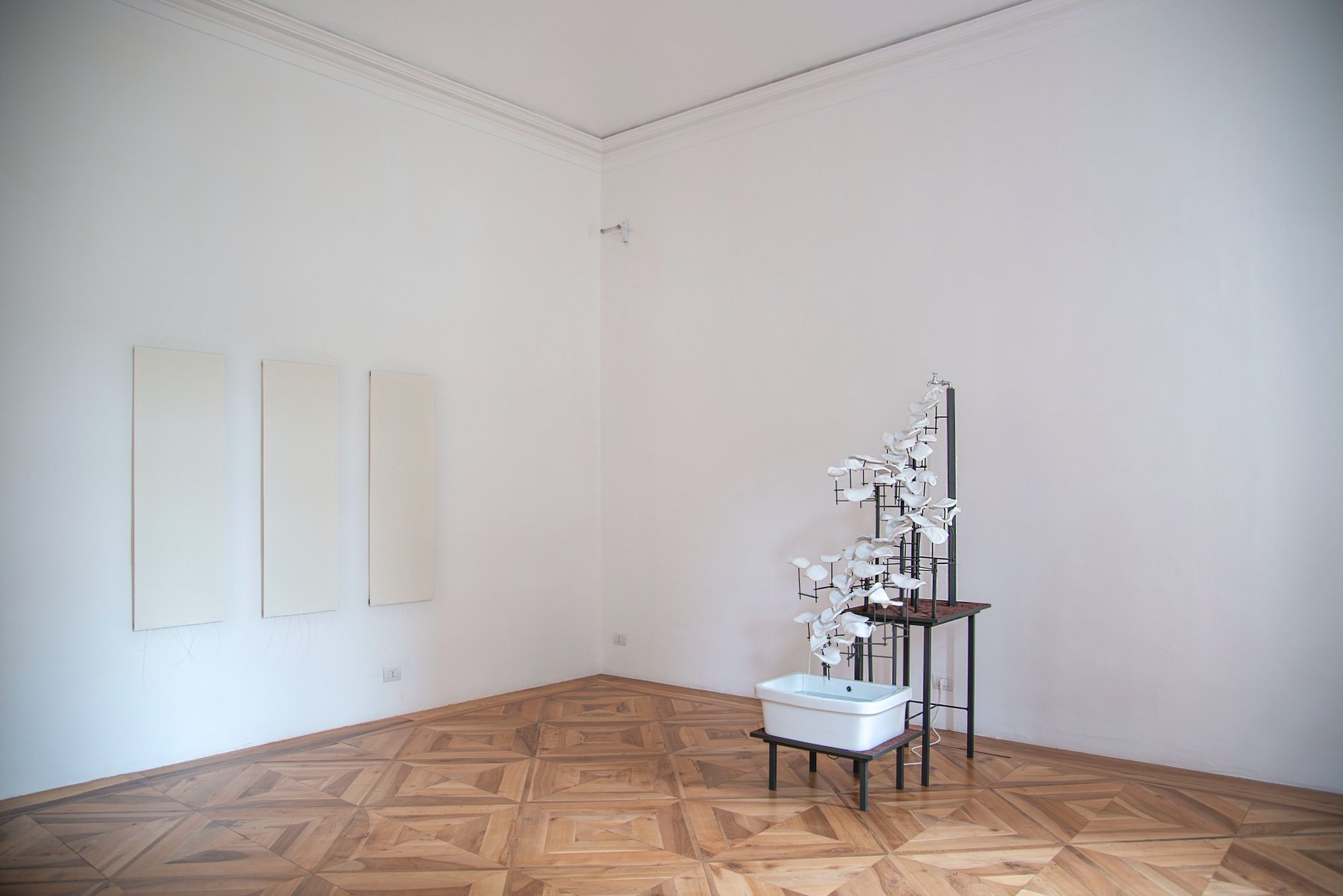 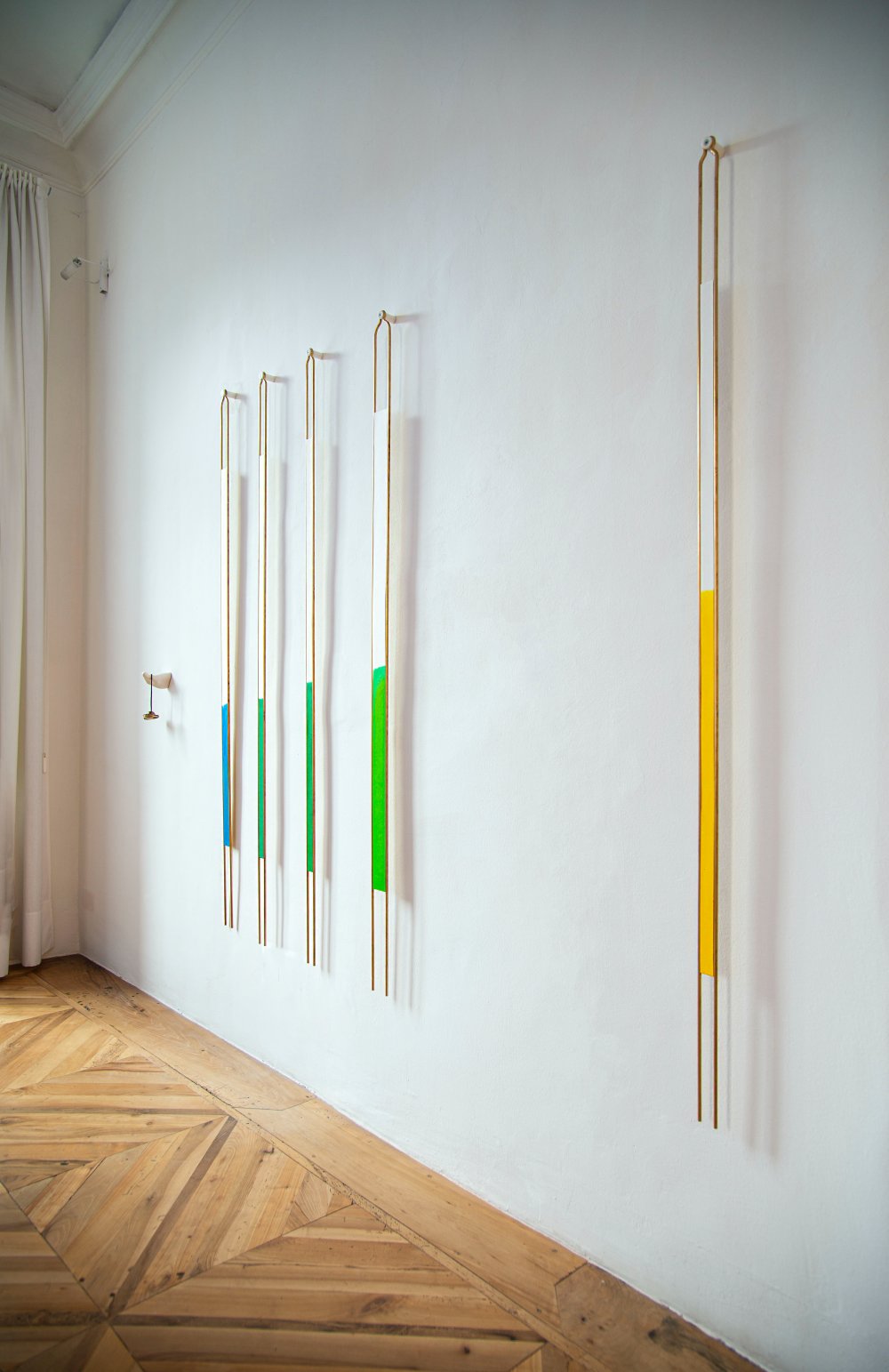 The exhibition consists of seven works that start from the idea of letizia, of joy or contentment, not as a subject of the work but as an element of daily practice. Almost all the works produced by the artist since 2019 have required intimate concentration and silence, a practice very close to that of the monk in contemplation of God or the Buddhist monk in meditation in a void. It is not faith that is important here and much less doctrine: even the most convinced atheist can practise the experience of the fullness of temporal suspension and attain the intimate concentration necessary to be aware, active, free, fluid and without intention in tracing a sign.

In the first room there are four works that establish a dialogue with each other:

Hayan
A triptych of sheets made by linking two sheets of Fabriano paper between which nylon threads have been inserted, which in the gluing process become embossed marks on the surface of the sheets.
Each sheet has a vertical course and a series of threads sinuously descend from top to bottom, following the natural movement of the line imprisoned inside. The result is a series of hair-like waves that make the surface vibrate.

Modellare l’acqua (‘Shaping water’)
The work, which consists of a series of white ceramic shapes placed in space using a slender and branched frame that keeps them suspended, is feeding with a trickle of water and “irony” and expresses the artist’s desire of building the shape of the water by dribbling it from hand to hand.

Reflets dans l’eau
Created using a procedure similar to Brina (‘Frost’), a work displayed in the second room, Reflets dans l’eau consists of a texture of disordered and ‘electric’ features that evoke the flashes of light on moving water.
After the preparation, the artist has intervened on the work with light yellow tempera which has thickened and expanded the texture in order to create an aura of soft and indefinite light in the white field. The intricate network of signs is revealed only when one draws near to it.

Dolmen (The Rapallo rock where Ezra looked far away)
The work consists of the frottage of a rock. The idea of being on the limit, of sitting on it and looking beyond, has prompted the artist to undertake this relief and find ways to be able to transform the design into an accessible seat.
The sheet has been mounted on a wooden bench and laminated like a photograph, thus recalling the benches in museum rooms.

The second room displays the work Brina (‘Frost’), a marine plywood board prepared with acrylic chalk and painted with white calligraphic tempera.
On the work the artist has created a weave of very fine marks which have thickened the image and that have been repeated to the point of saturating the entire surface.

In the last room there are:

Frottage di mare e di terra (‘Frottage of sea and land’)
This is the frottage of a partially immersed rock. In spreading the sheet in the water, the graphite and the sea water have together highlighted a texture that is quenched and dissolves in the immersed part, thus marking the fleetingness of the border between sea and land. The framed paper is presented hanging above the horizon together with a horizontal blue laser line that descends from the ceiling and overlaps the drawing with a swinging movement that continues to move up and down with variations in speed and amplitude.

Diapason #5
The work originates from the artist’s fascination with images of the emission spectra of the elements and, in particular, from the intervals of the emission frequencies, which convey a sense of “spatial/musical” harmony.
Starting from these suggestions, Mario Airò has developed an ogival shaped and composite object in brass and absorbent paper. This elongated tuning fork represents the frame and the support for an absorbent paper that the artist has coloured by capillary absorption with acrylic inks diluted in alcohol.
On the left the tuning forks are accompanied by an organic form in white ceramic (stylisation of a small hand or foot) which acts as a support for bell bronze castings inspired to Tibetan cymbals enriched by the artist with embossed Naxi pictograms.