Mazzoleni presents the multi-site exhibition MARINELLA SENATORE. Afterglow, taking place at the London gallery at 15 Old Bond Street and at selected sites across the city, including the Battersea Power Station. 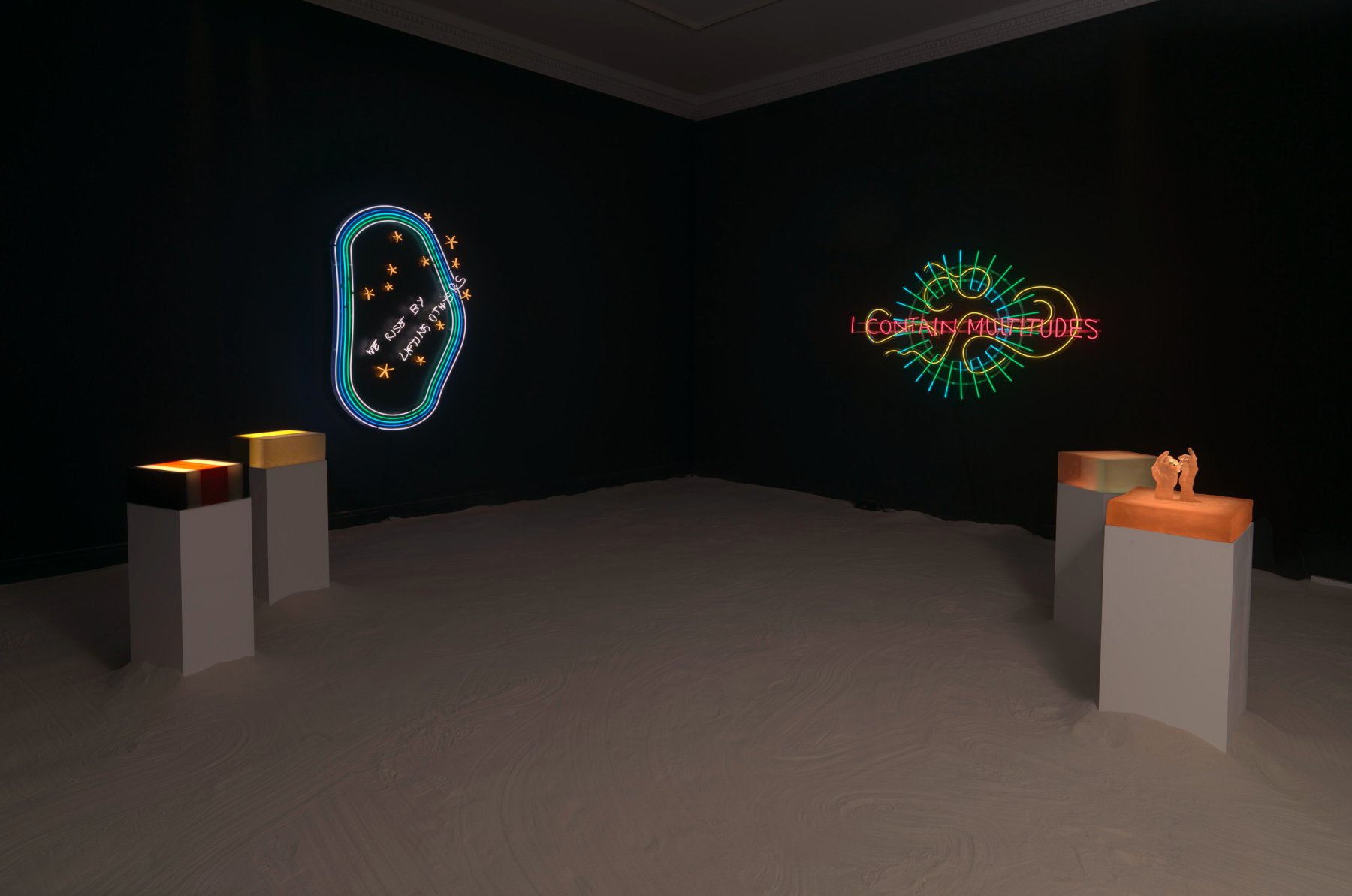 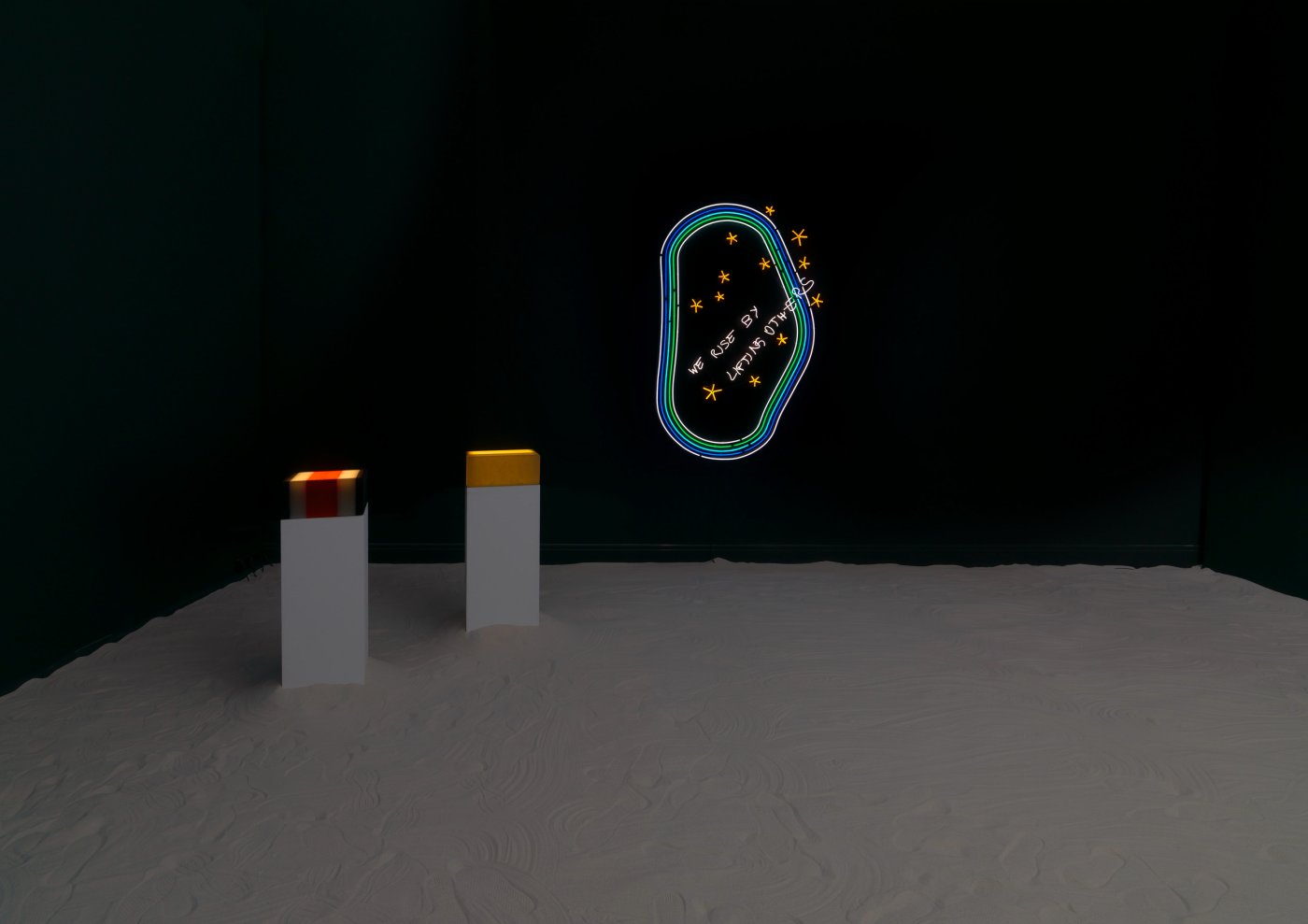 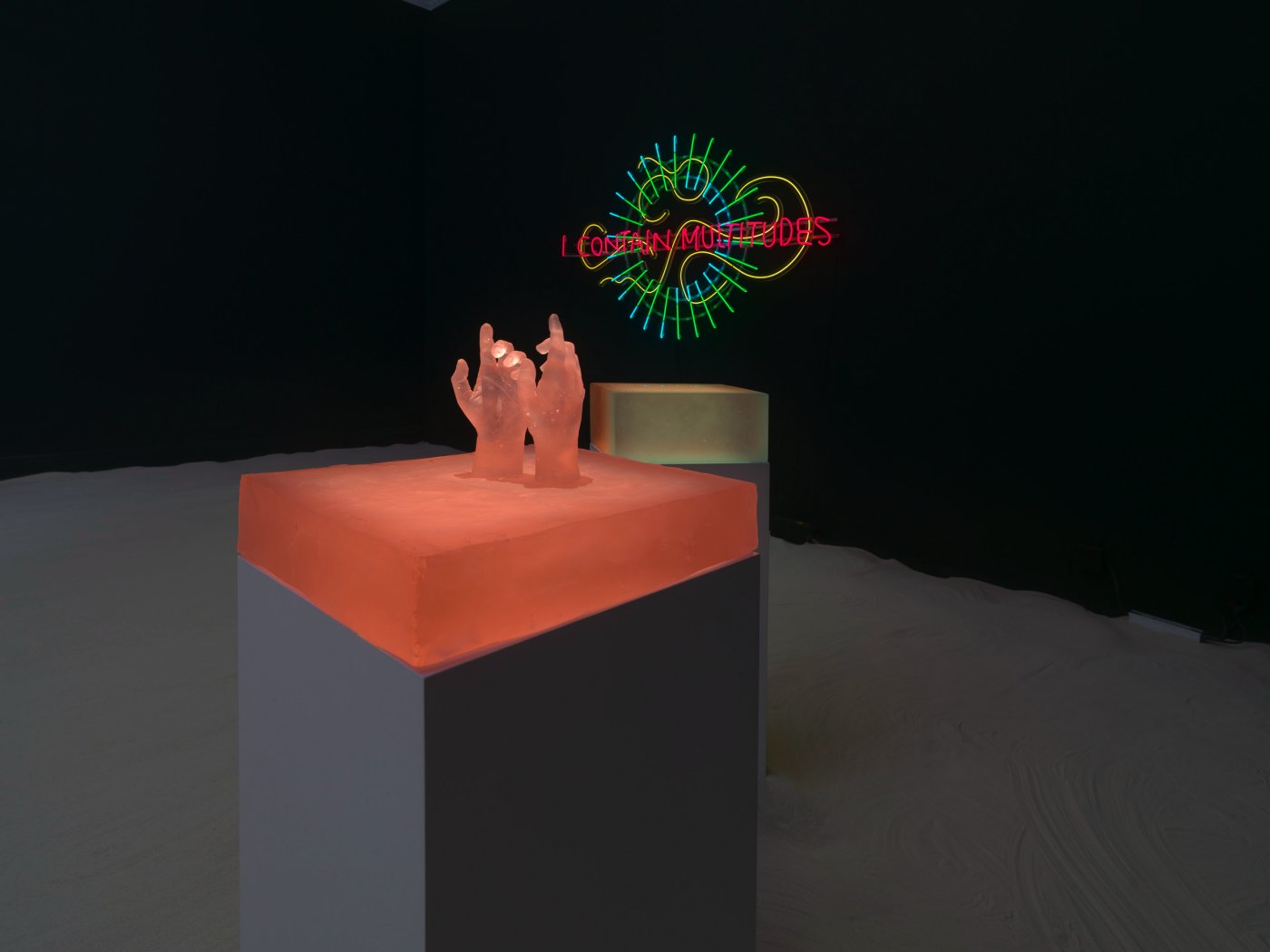 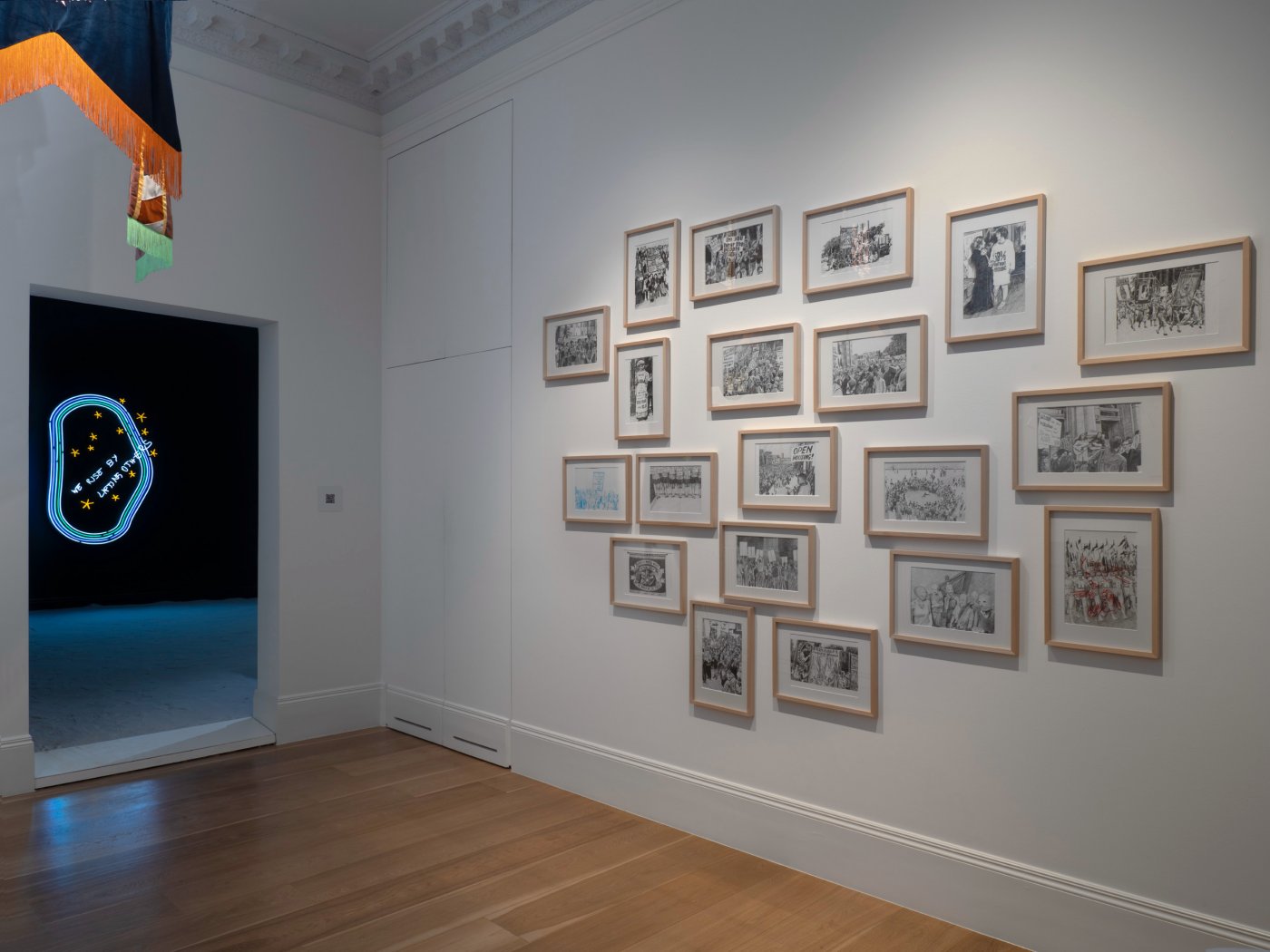 Marinella Senatore follows up Make it Shine — her first solo exhibition with Mazzoleni, shown at the Turin gallery between November 2021 and January 2022 – with Afterglow, an exhibition that not only presents a new body of sculptures and drawings at the London gallery, but also activates the city across different outdoor light installations and performances.

The multi-site nature of Afterglow exemplifies Senatore’s multidisciplinary and participatory practice, which is characterised by a strong collective dimension. Taking her inspiration from Southern Italy’s luminarie, the elaborate light structures that traditionally adorn cities and re-create cathedrals, piazzas, and other architectural elements for outdoor public celebrations and religious festivities, the artist will insert her own site-specific light sculptures on the facades and forecourts of significant institutional buildings across London. Senatore’s “monuments to the present” create temporary spaces for rituals and socialisation. “Of the lights, of their ritual tradition, it is not the celebratory aspect that interests me but that of ‘temporary’ and ‘social’ architecture: the idea of a ‘Universal Square’” describes Senatore.

Besides its participatory aspect, the theme of light is another crucial aspect to Afterglow. The light has been a fundamental element in Senatore’s practice since her training at the National Film School in Rome, where she studied direction of photography and camera. The light, both electric and optic, material and metaphorical, proves to be a tool for narration and poetic creation, as well as for resistance and cohesion. As the artist explains, “carnivals and street celebrations worldwide are often celebrated with movement and light: colour becomes poetry that is exchanged, energy put into action by bodies in an ambience where light makes everything ‘possible’.”

On the opening evening, the public installations will be “activated” with a series of participatory performances by The School of Narrative Dance (SOND), one of Senatore’s most renowned participatory projects that counts a network of over 6.5 million participants across 23 countries and this year marks its 10th anniversary. Involving local residents across London’s diverse communities, the outdoor performances follow SOND’s values ​​of inclusivity and participation.

Their selected locations will be linked by a bus journey involving a brass band, tap dancers, a soprano singer, a group of body percussionists and a choir, with collectors, curators and journalists (defined as “storytellers”) who have previously been involved with SOND invited by the artist to join on board. The main performance will take place at the Battersea Power Station.

Afterglow is part of a broader series of exhibitions and events by Senatore scheduled for 2022 at important institutions, including the solo show art meets city in Baden-Baden between 15 July and 4 September, which will see the installation of several monumental light sculptures in the gardens in front of the Kurhaus.

Whereas the outdoor light sculptures exemplify Senatore’s commitment to the transformative power of social engagement and community activation, the exhibition at the gallery captures a more personal and immersive experience. In an intimate “glowing in the dark” atmosphere – reminiscent of Fabio Mauri’s Moon works – the show brings together several previously unseen neon sculptures, light sculptures, and installations, which have been produced using a mercury-free technology. As a socially engaged activist, sustainability is crucial to Senatore, who has been committed to lowering the carbon-print of her practice for the last few years.

The wall-mounted light sculptures featured in the show include messages of empowerment, such as Dance First Think Later, a quote by Samuel Beckett. The display also presents the newest glass sculptures in lost-wax casting glass: I Contain Multitudes, quoting Walt Whitman, and Autoritratto (Self-Portrait), featuring the artist’s life-size casted hands.

Collages and drawings – emerging from various contexts such as learning theatre, oral histories, vernacular forms, protest dance and music, public ceremonies, civil rituals, and mass events – will also be part of the exhibition. Through her participatory practice, Marinella Senatore questions the bio-politics of different communities and circumvents the traditional roles of artist and audience, extending the idea of “assembly” and “community.” For example, It’s Time to Go Back to the Street is a continual series of drawings that explore the multifaceted forms and rich legacies of protests in different countries, while also engaging with ecologies of affiliation, affection, empowerment, and belonging.