Marin in the White Mountains

Marin in the White Mountains

Menconi + Schoelkopf, a leading gallery in the field of American art, presents Marin in the White Mountains, an exhibition of works by pioneer in American modernism and abstraction John Marin. 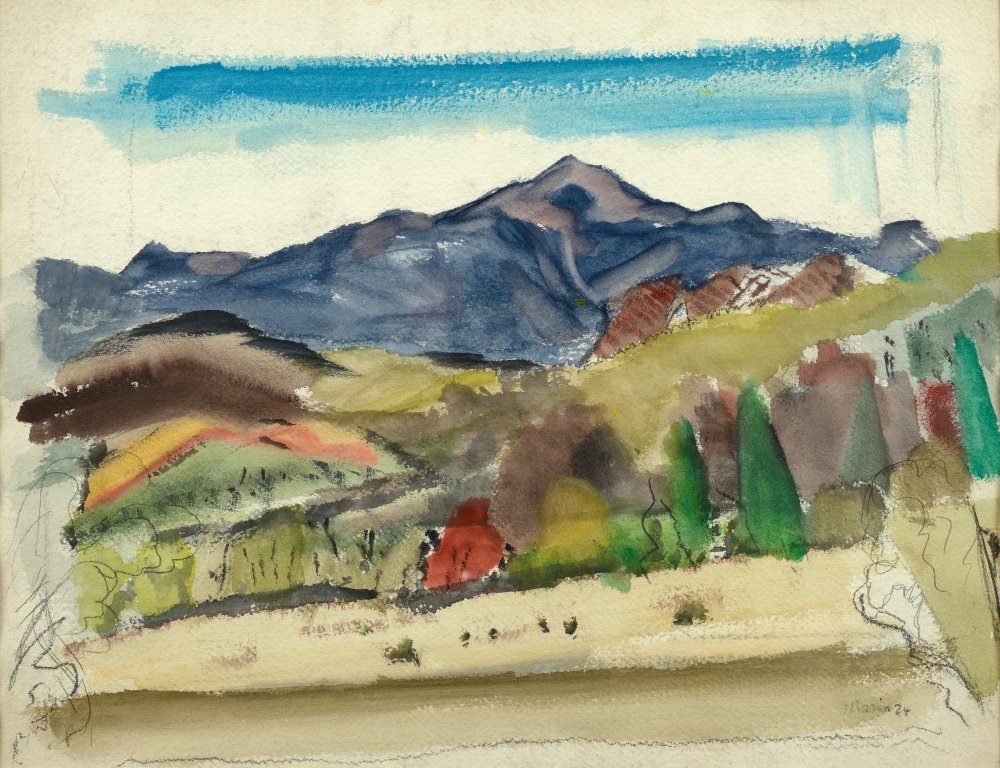 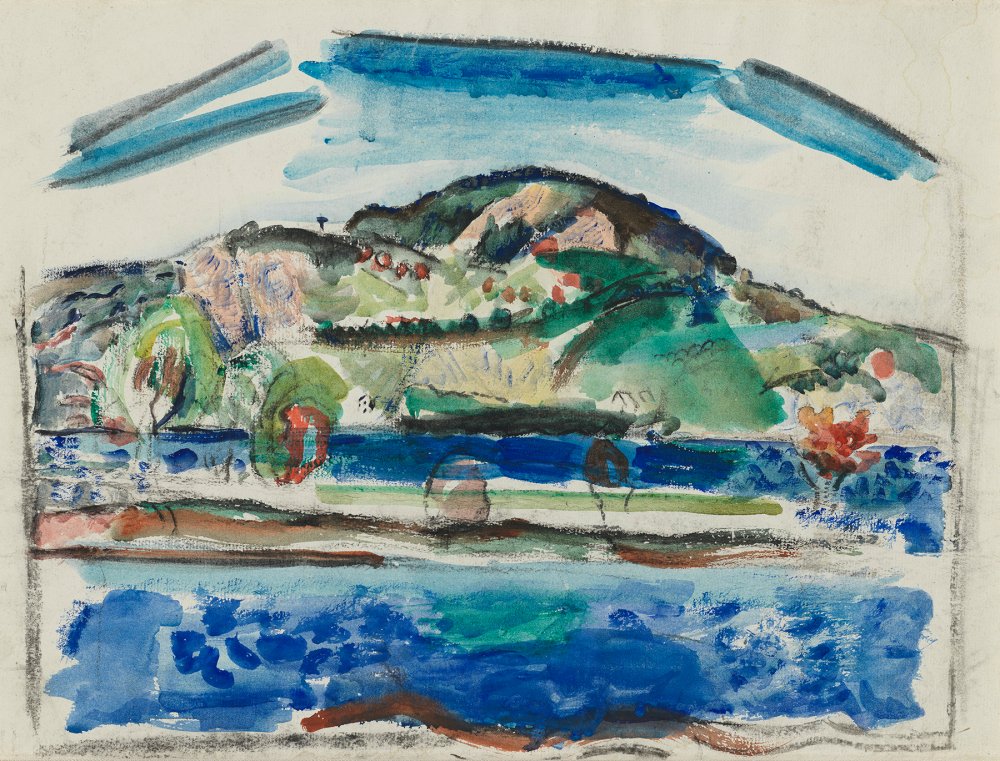 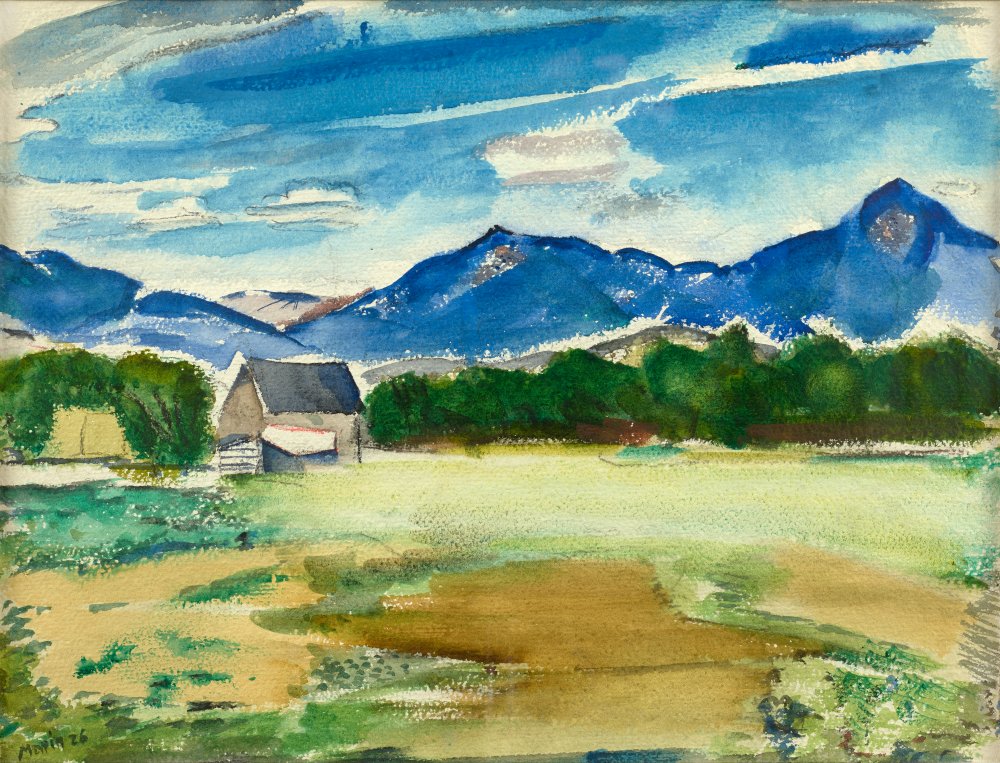 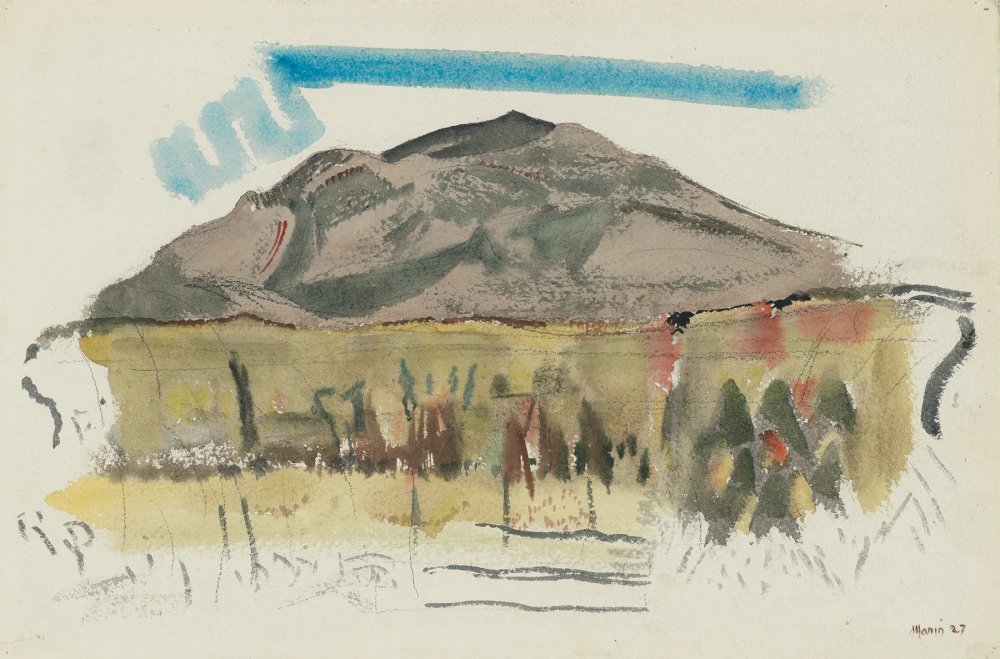 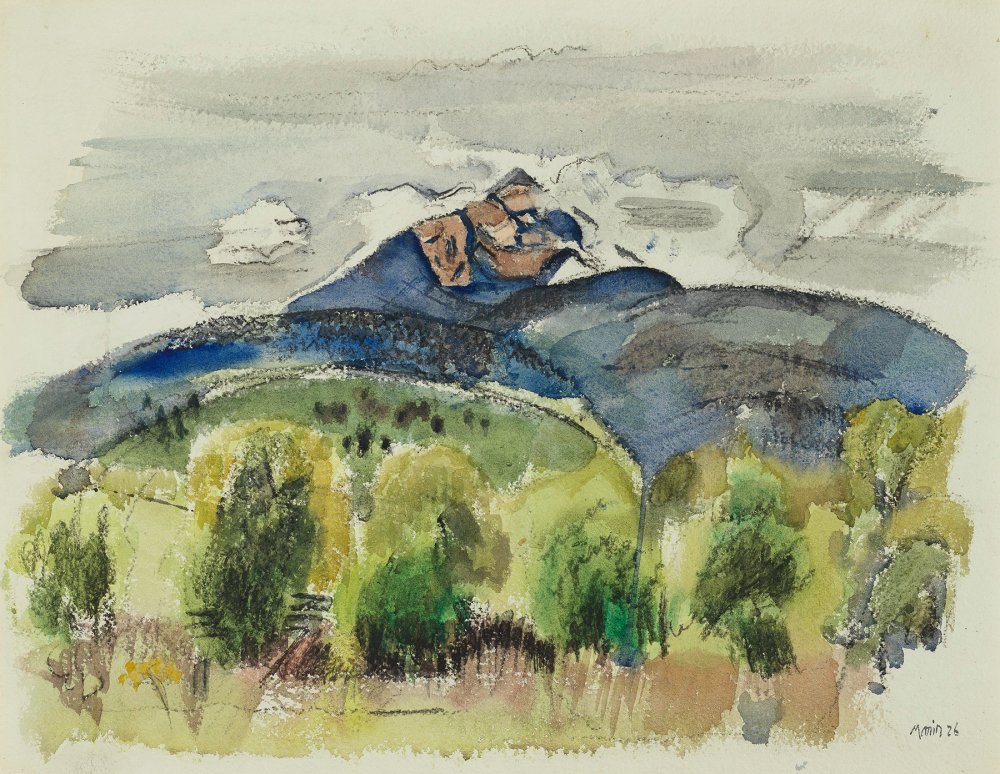 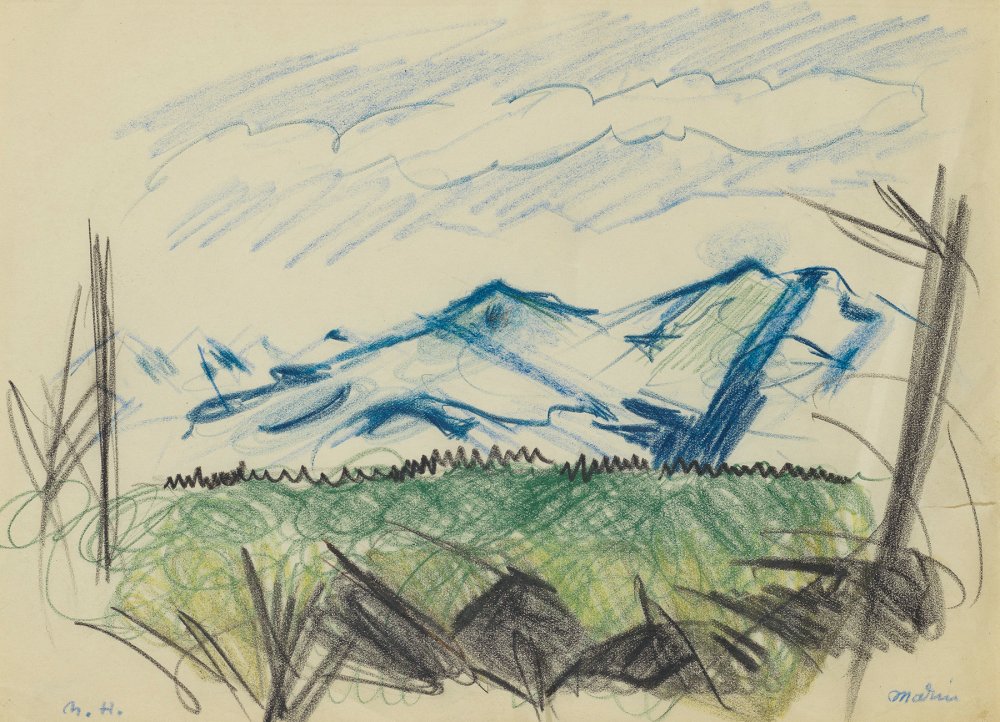 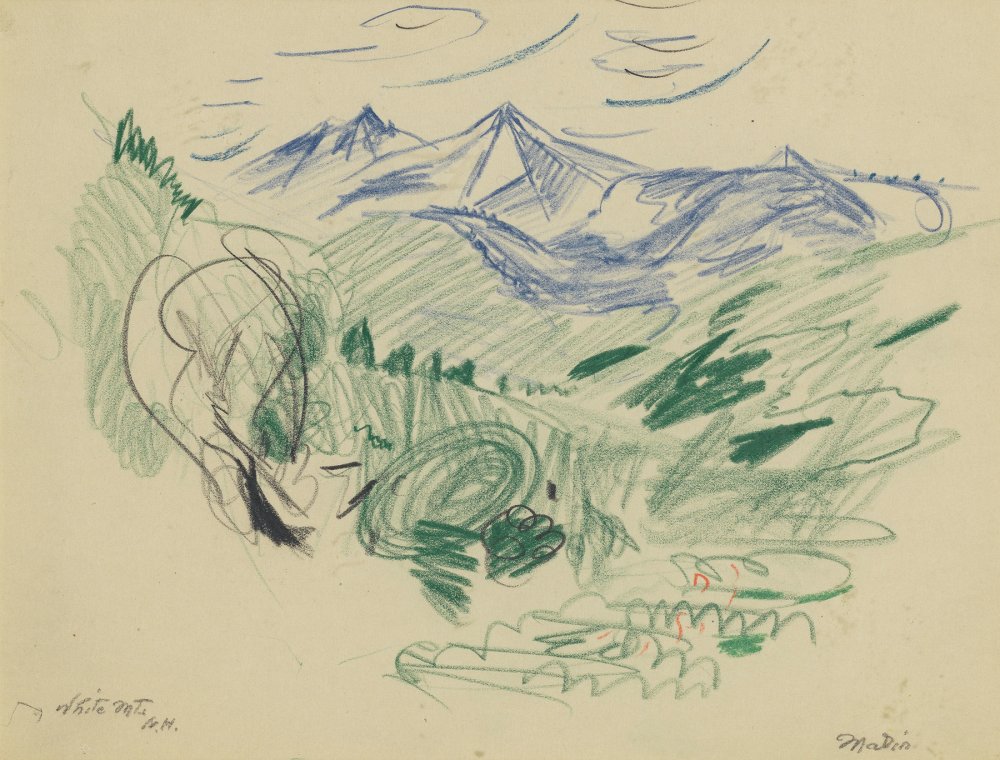 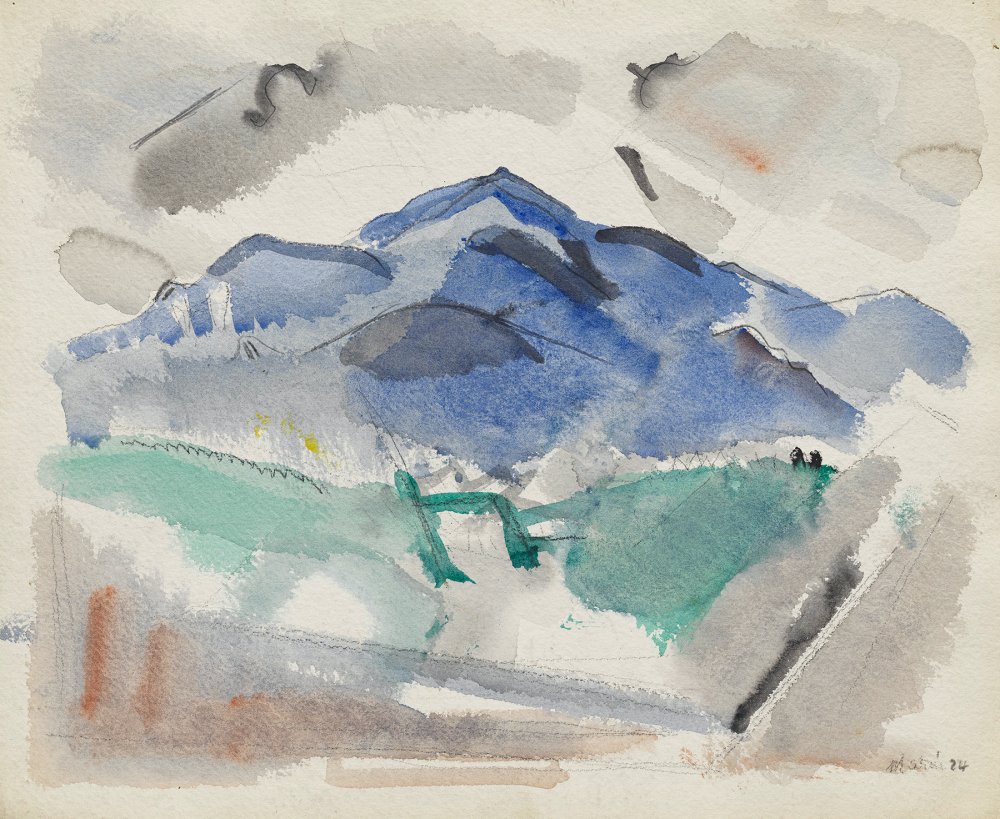 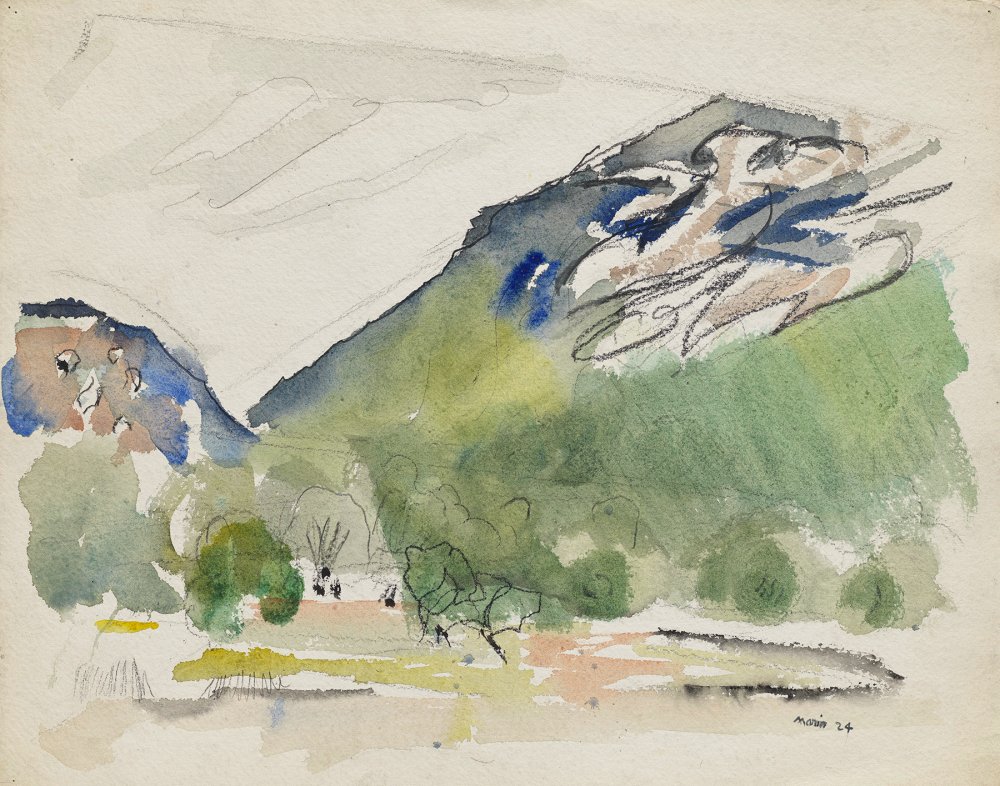 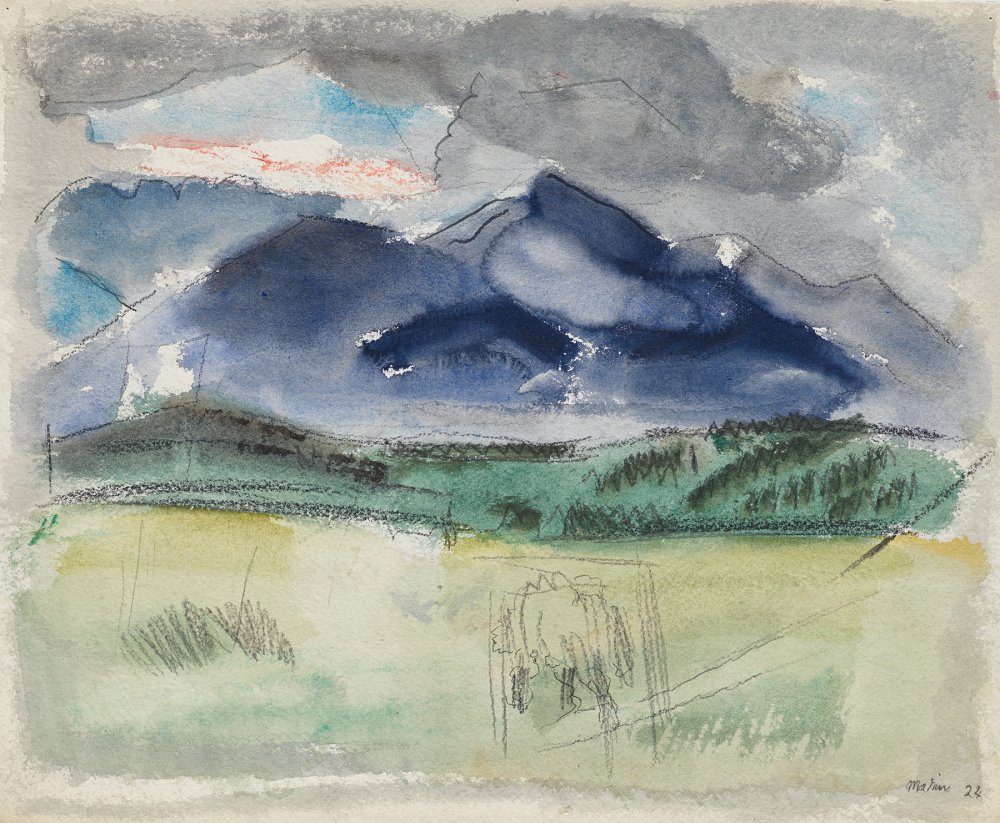 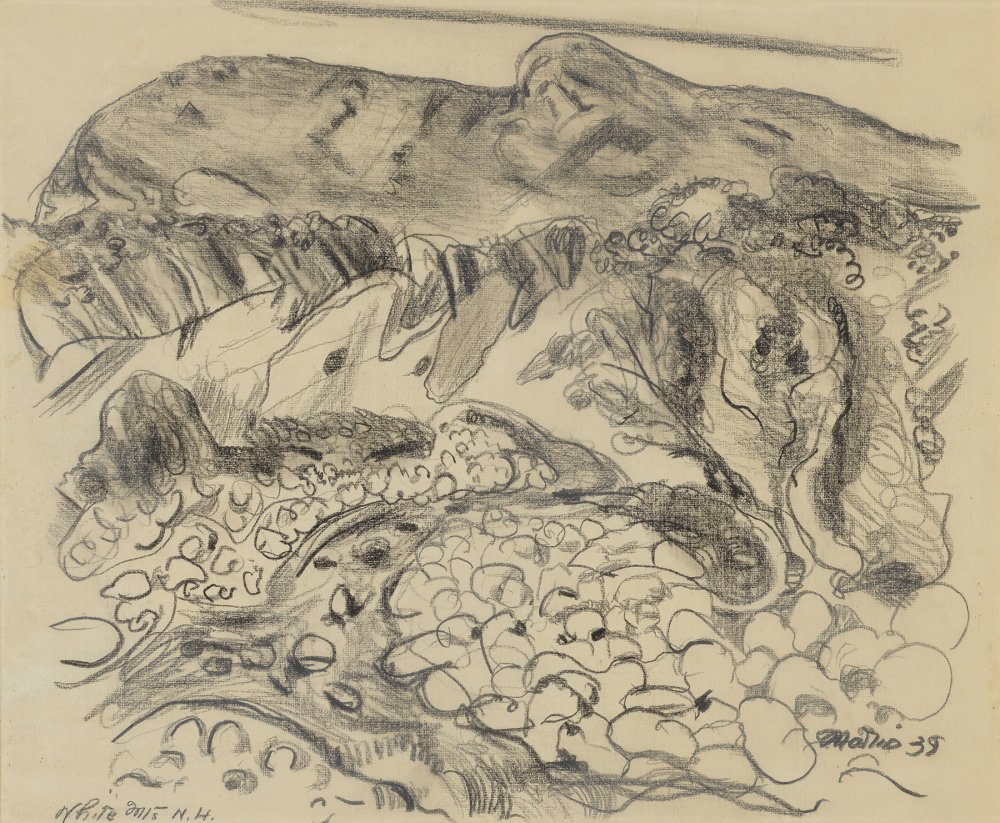 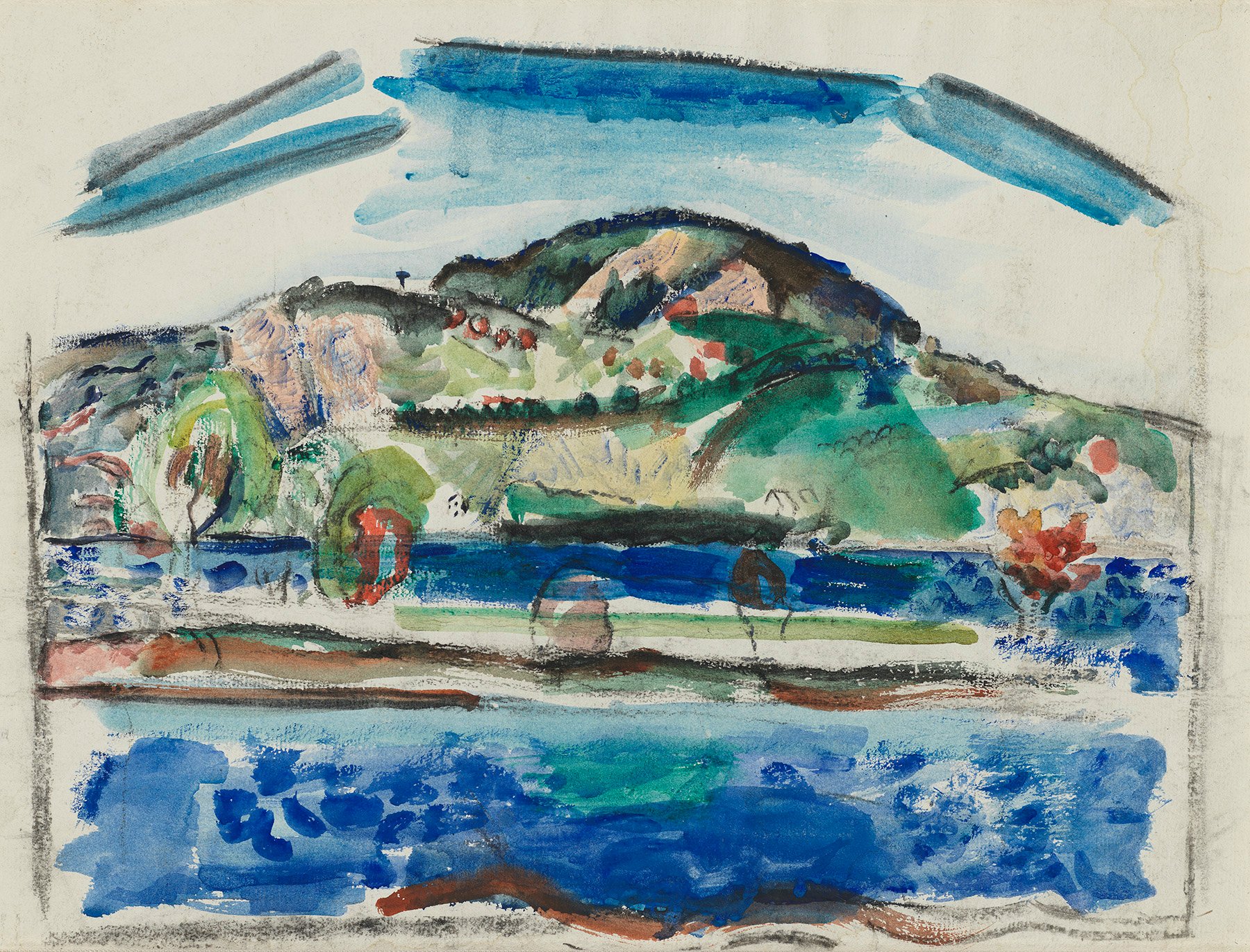 John Marin is well-known for his views of the two places where he spent most of his life – a summer retreat on the northern coast of Maine and New York City which was the center of his commercial efforts with gallerist Alfred Stieglitz. Marin in the White Mountains shares more than a dozen watercolors painted along one of the artist’s regular sojourns as he transitioned between his two worlds of Maine and New York. The exhibition features a series of richly patterned and freely painted watercolors of the New England countryside in New Hampshire’s White Mountains. Marin’s passion for mountain scenery is revealed in these paintings. The mountains become a primary focus of his body of work and parallel his New York City pictures as a means to explore themes of representation and abstraction.

“Marin in the White Mountains is the story of a less well-known passage from John Marin’s long and storied career. Many of the works have not been seen previously and we expect they will surprise and delight,” said Andy Schoelkopf, Owner of Menconi + Schoelkopf. “Marin is one of America’s most consequential and influential artists of the 20th century, and many know his Maine and New York subjects. This exhibition shares the watercolors and drawings that were the product of the Marin family’s many road trips between their summer home in Maine and their winter home in New York in the 1920s when Marin was at the apex of his powers in the innovative embrace of the watercolor medium. Presented together, these images showcase the two distinct worlds that inspired some of Marin’s greatest work.”

Marin’s contributions are widely recognized amongst an international audience, some 70 years after he became the first American to exhibit at the Venice Biennale in 1950. He enjoyed continued critical and commercial success throughout his career which was instigated by his meeting Alfred Stieglitz in 1909; a pivotal moment as Stieglitz championed Marin’s advancements in abstraction and in watercolor as a medium. Perhaps most enticing, however, from the perspectives of both visual iconography and emotional response to the artist’s work, are the ‘bursts’ of energy with which Marin paints. When examining an early watercolor from the artist’s first summer in Maine in 1912, or a late oil painted in 1952, the same fervor is experienced, the same restless and relentless energy with which Marin sought to capture the natural world. It is in the translation of this experience from Marin’s eyes to our own, in which the artist’s brilliance and impact is at its best.