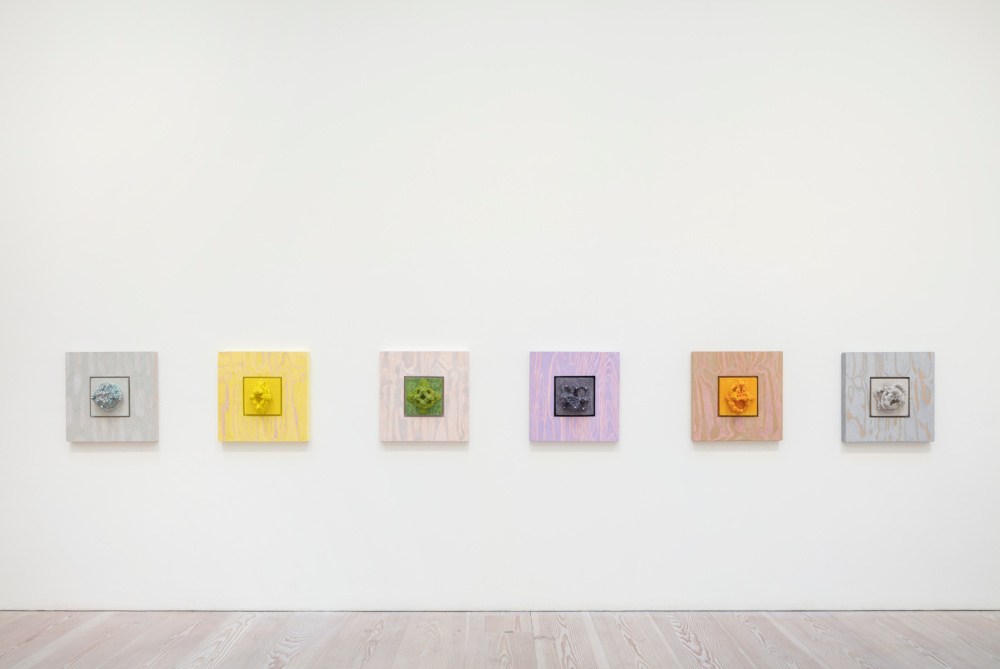 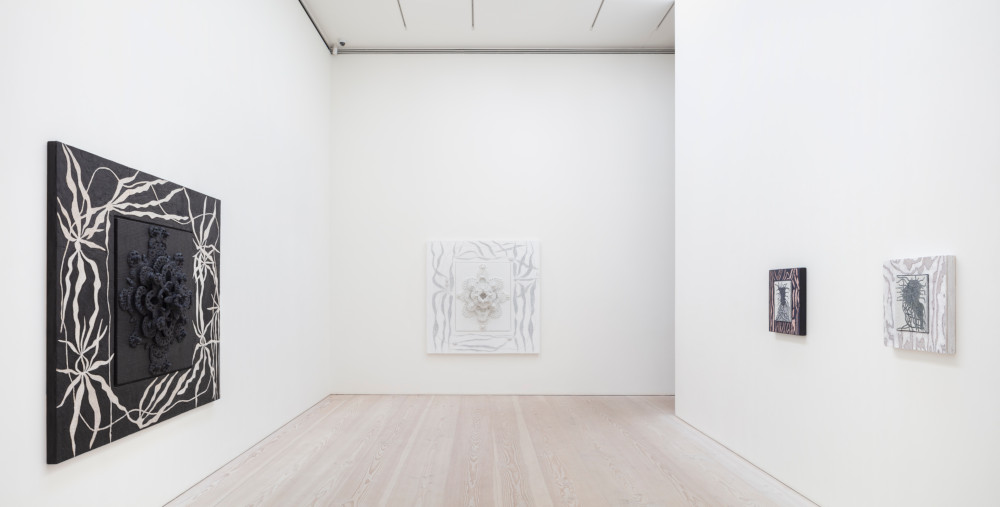 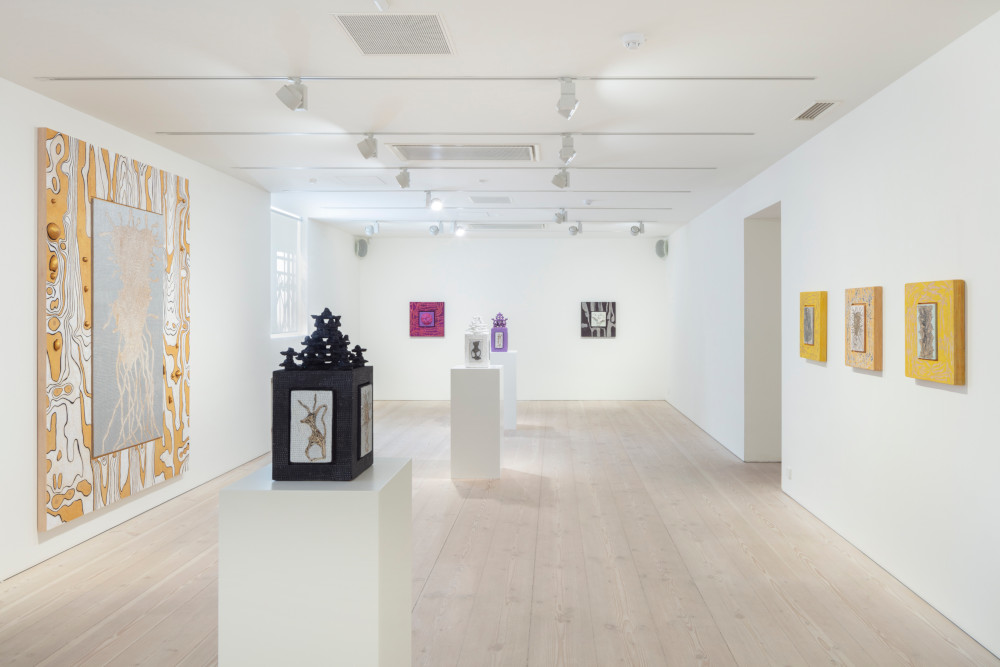 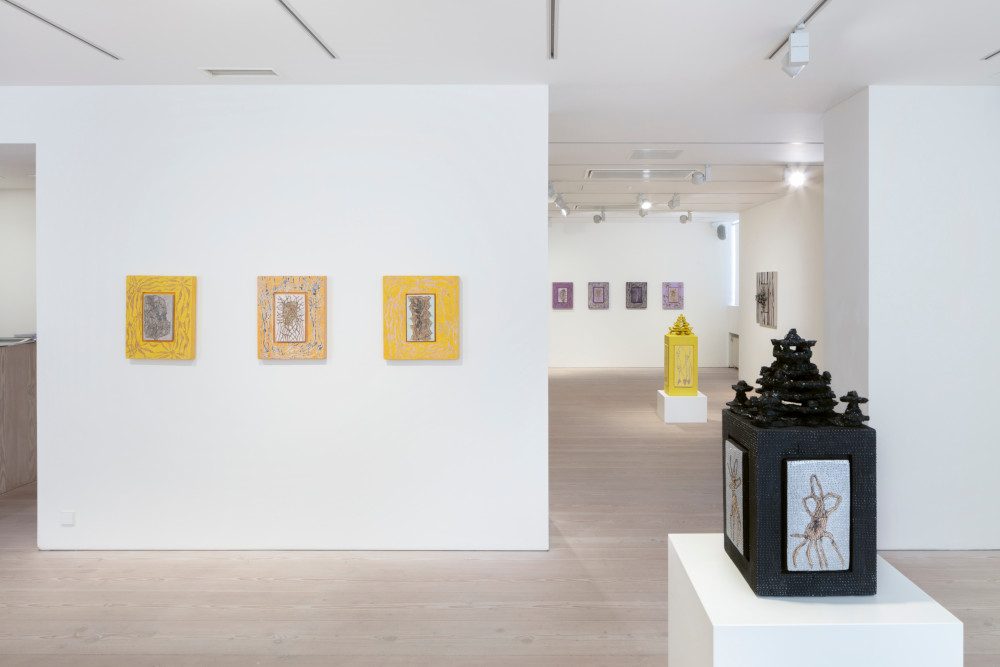 In a career now spanning five decades, Marika Mäkelä (b.1947) has made her mark as an unflinchingly bold and ever-surprising painter. Her radically evolving technique bears witness to her daring spirit of creative renewal – recently, she has taken up woodworking tools alongside her paintbrush, and she has exchanged the canvas for heavy wooden panels. Her thickly daubed layers of paint have an ornamental three-dimensionality that verges upon sculpture. Her works push boundaries, compelling us to reflect on the boundary between painting and sculpture. Typically for Mäkelä, her brushwork is imbued with intensity, deriving its vitality from the synergy ignited between the buoyant visual vocabulary and the heaviness of the wood.

Nature is the common source of inspiration for the colors, forms, and materials of her recent works. The paintings featured in the exhibition celebrate the richness of nature, the joy of growth, and the timeless cyclicity of the organic world, while also delivering a critical commentary on biodiversity loss and the urgent need to protect the natural world. Mäkelä asks: what can we humans do for the good of the planet? Her soft, abstract idiom draws inspiration from the world of plants. It reminds us that all life begins with a tiny seed and, if given a chance, that tiny seed will grow and thrive with fierce, unstoppable vigor.

The paintings will be exhibited alongside sculptures that look like three-dimensional protrusions bulging from the walls. The sculptures, made in co-operation with sculptor Tapani Kokko (b.1969), pick up on the same themes and rhythms as the paintings. The ornamental wooden boxes represent seed pods. These visually striking pieces are a celebration of growth and vitality.

Mäkelä made her artistic breakthrough during the neo-expressionistic wave in the 1980s. She is known for her lively, profound use of color and her thick, multi-layered, almost three-dimensional brushstrokes. Mäkelä received the State Art Committee State Prize in 1974 and 1984, the Finnish Cultural Fund’s Prize in 1994, and the Pro Finlandia medal in 2006. In 2017 she received the Order of the Lion of Finland. Her works have been on display in numerous solo and group exhibitions in Finland and abroad.

Courtesy of the artist and Galerie Forsblom