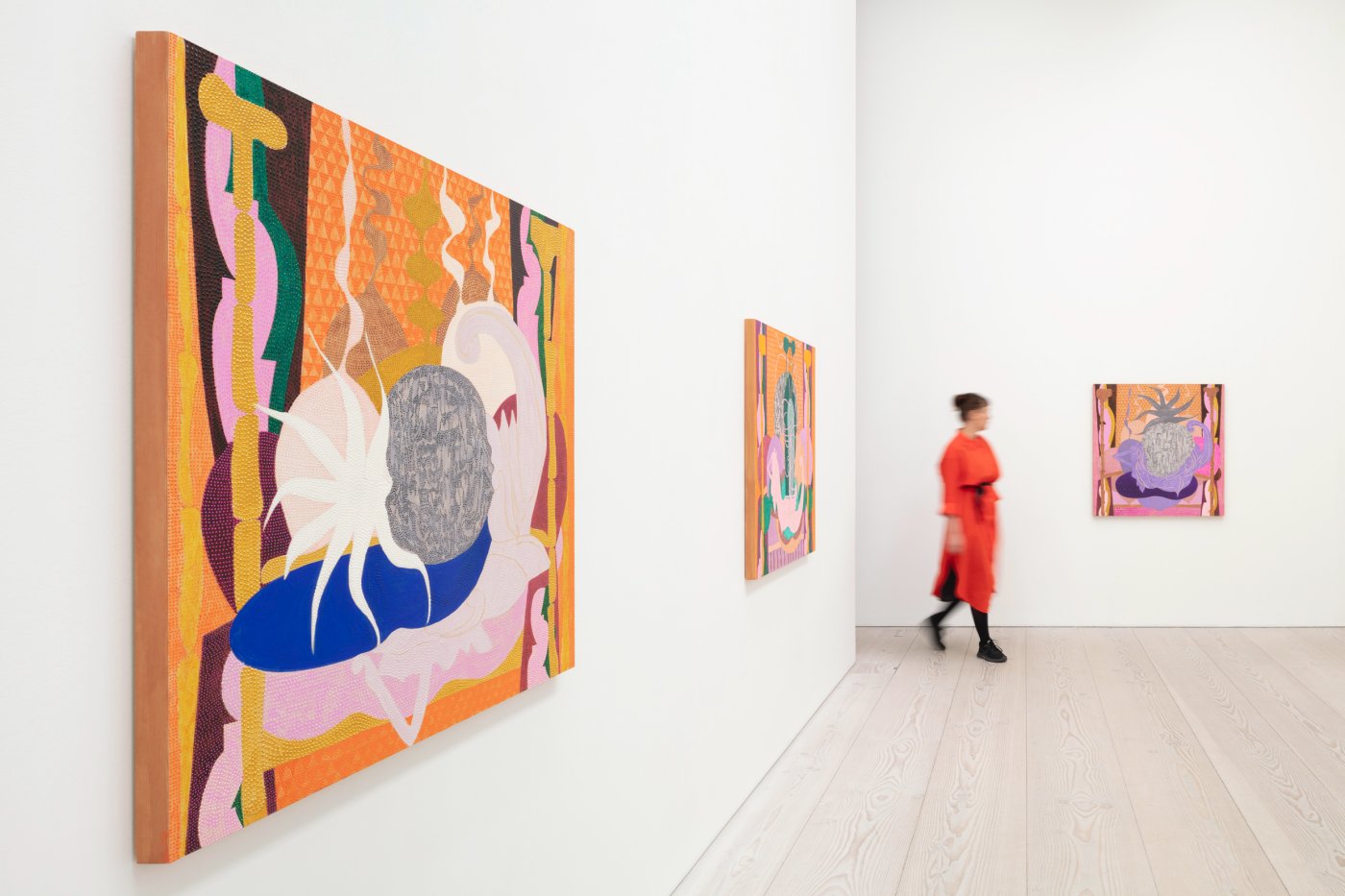 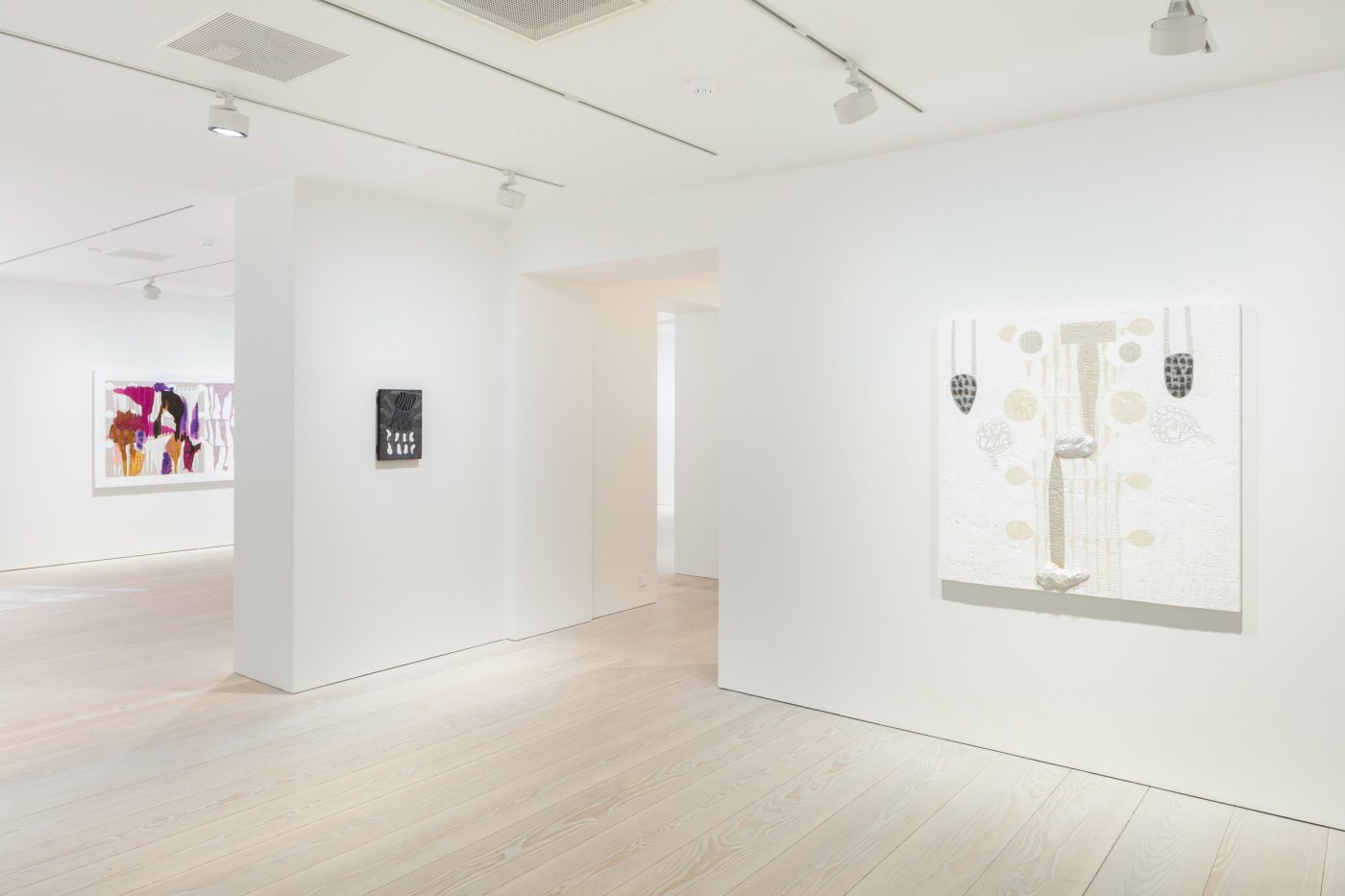 Marika Mäkelä’s (b. 1947) latest paintings are the fruit of a three-year process – a time long enough to span many seasonal cycles and shifting states of mind. Mäkelä’s new works are a form of journaling, a painted diary recording her thoughts, dreams, and things she has seen and experienced. According to the artist, they are paintings about painting. They offer a way of dialoguing with herself, opening paths to the past and the future. For Mäkelä, paintings are inner journeys through which she seeks her most natural state of being. What unfolds on the canvas is always a revelation: her paintings are born of an intuitive process. The secret is to surrender to the process and offer oneself as an instrument – to let the painting out through gestures as light as air.

The paintings in this exhibition were all born in a specific location – city, village, or countryside – each forming its own unique context. Where and when she paints is significant to Mäkelä’s process. She allows her mind and creative process to be influenced by local conditions – whether those ‘conditions’ are inside her head or externally visible.

The wild, untamed language of nature bursts forth with vitality in her paintings made in the countryside, while her paintings created in the city are smaller and like details of the ones made in the country. Her village paintings were painted during a sojourn in Spain, and their dream-like mood suggests an escapist frame of mind. Also, the rhythms and forms of her village paintings are noticeably different, somehow denser, more wistful, and more intricate, reflecting the artist’s complete openness to her surroundings. Mäkelä surrenders herself to her stream of consciousness and is occasionally surprised by where it leads her.

Marika Mäkelä is one of Finland’s most acclaimed artists. She is the winner of numerous accolades, including the 2006 Pro Finlandia Medal and the title of Commander of the Order of the Lion of Finland in 2017. Her work is found in leading Nordic museums, including Stockholm’s Moderna Museet, Oslo’s Museum of Contemporary Art, and Helsinki’s Museum of Contemporary Art Kiasma.