Art Projects International presents Monocromo, paintings by Mariano Ferrante. The exhibition focuses on Ferrante’s works from the last two years and presents paintings of complex two-dimensional structures that reveal themselves as monochromes when viewed from a distance. 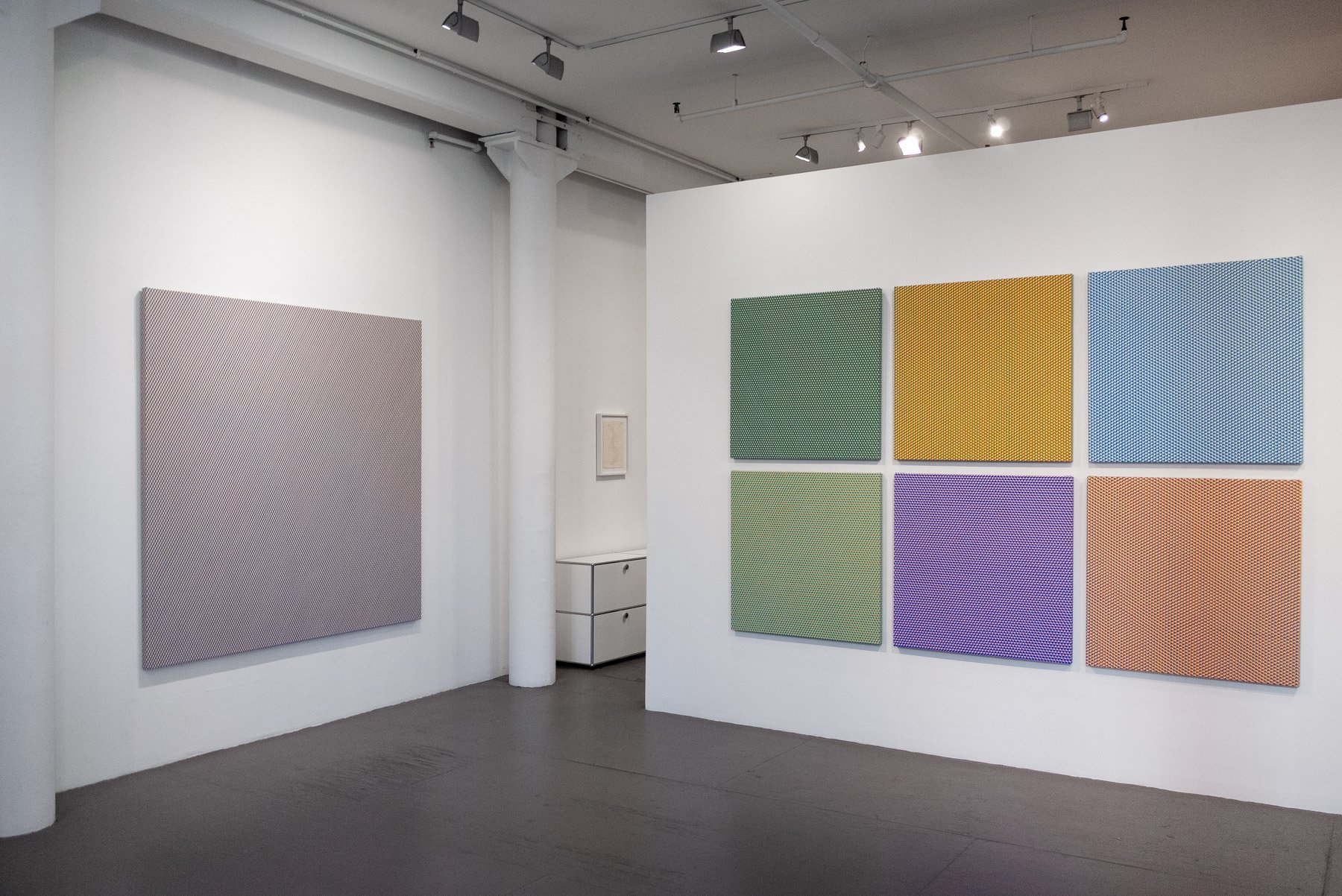 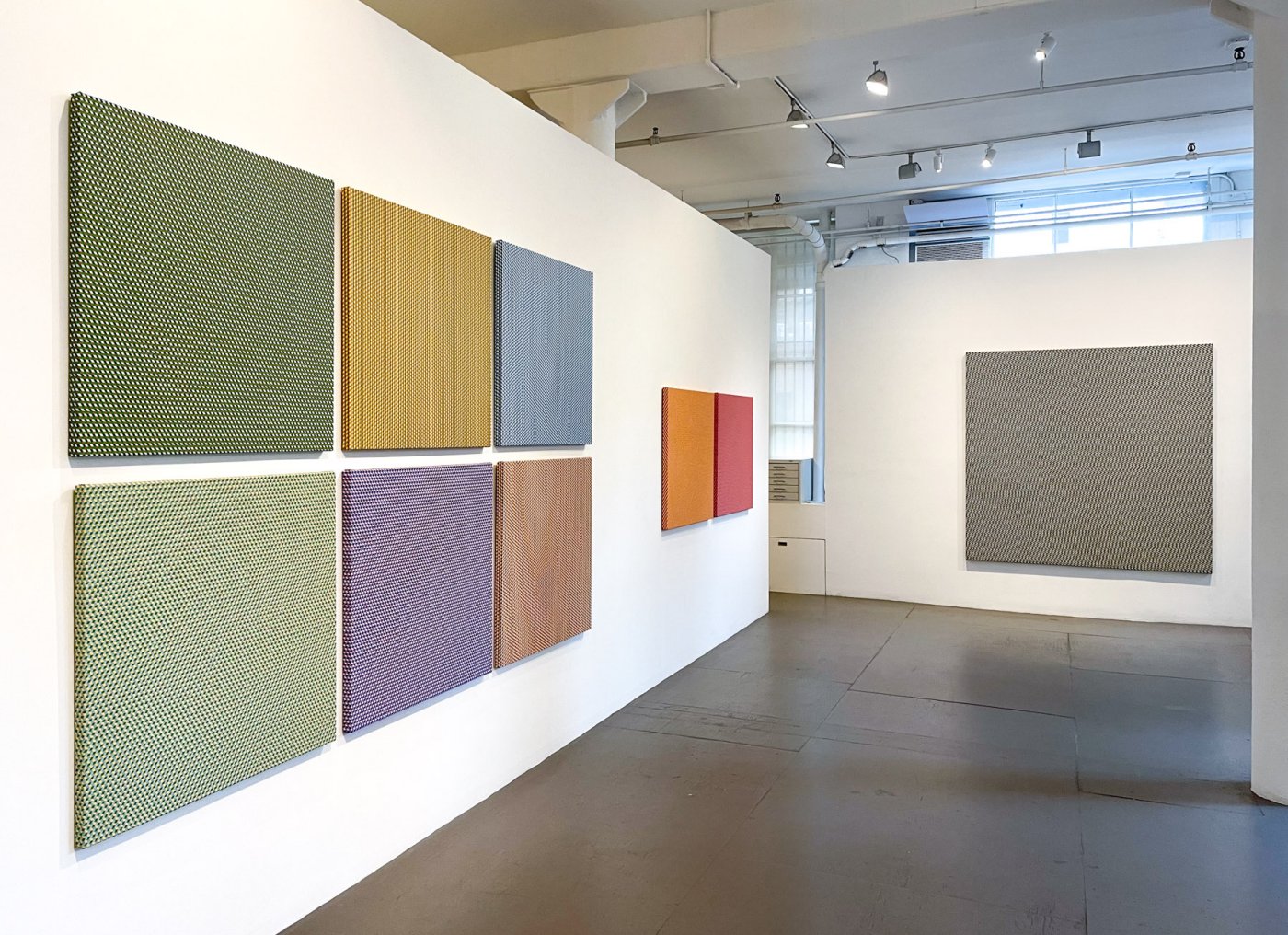 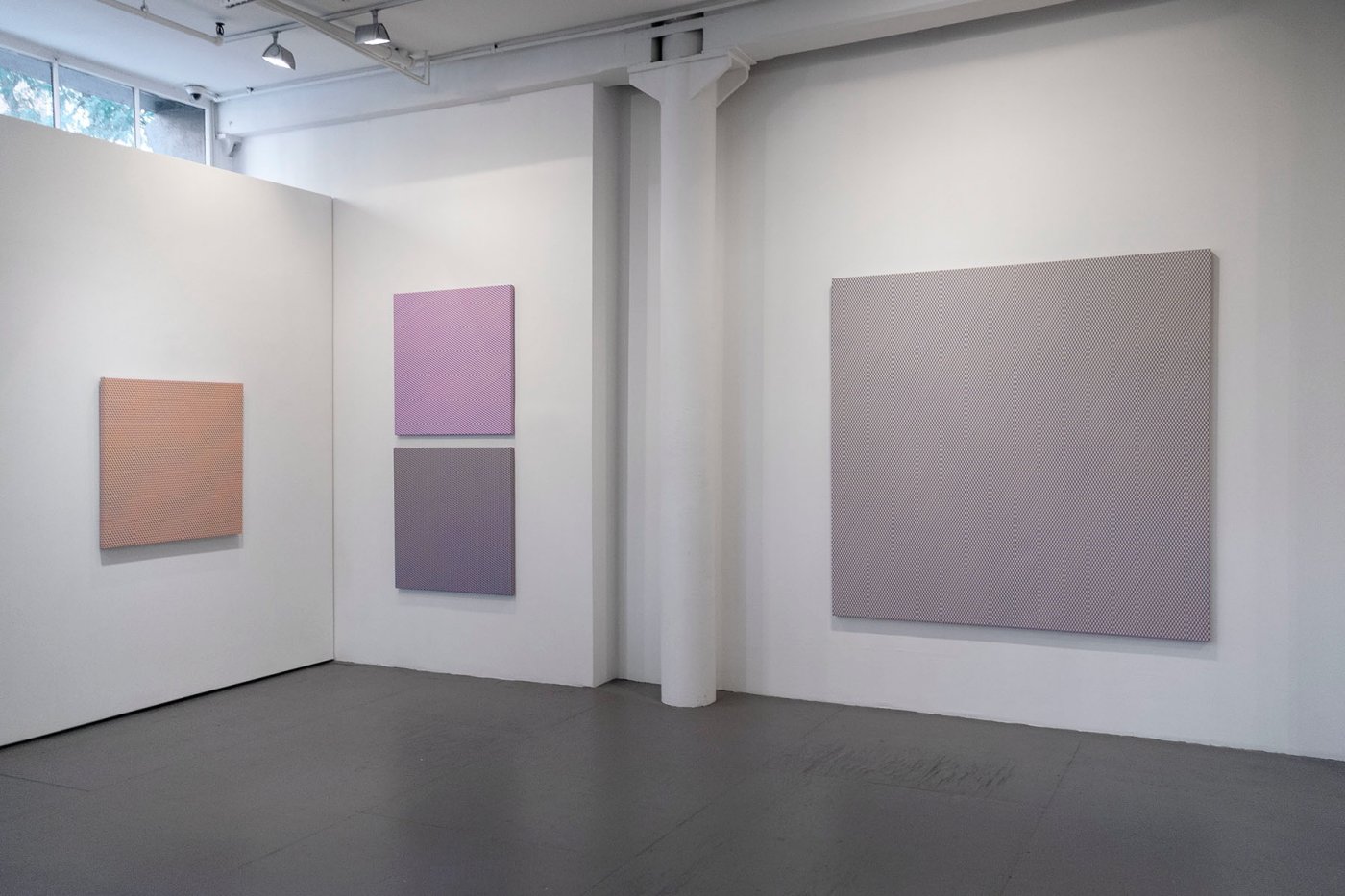 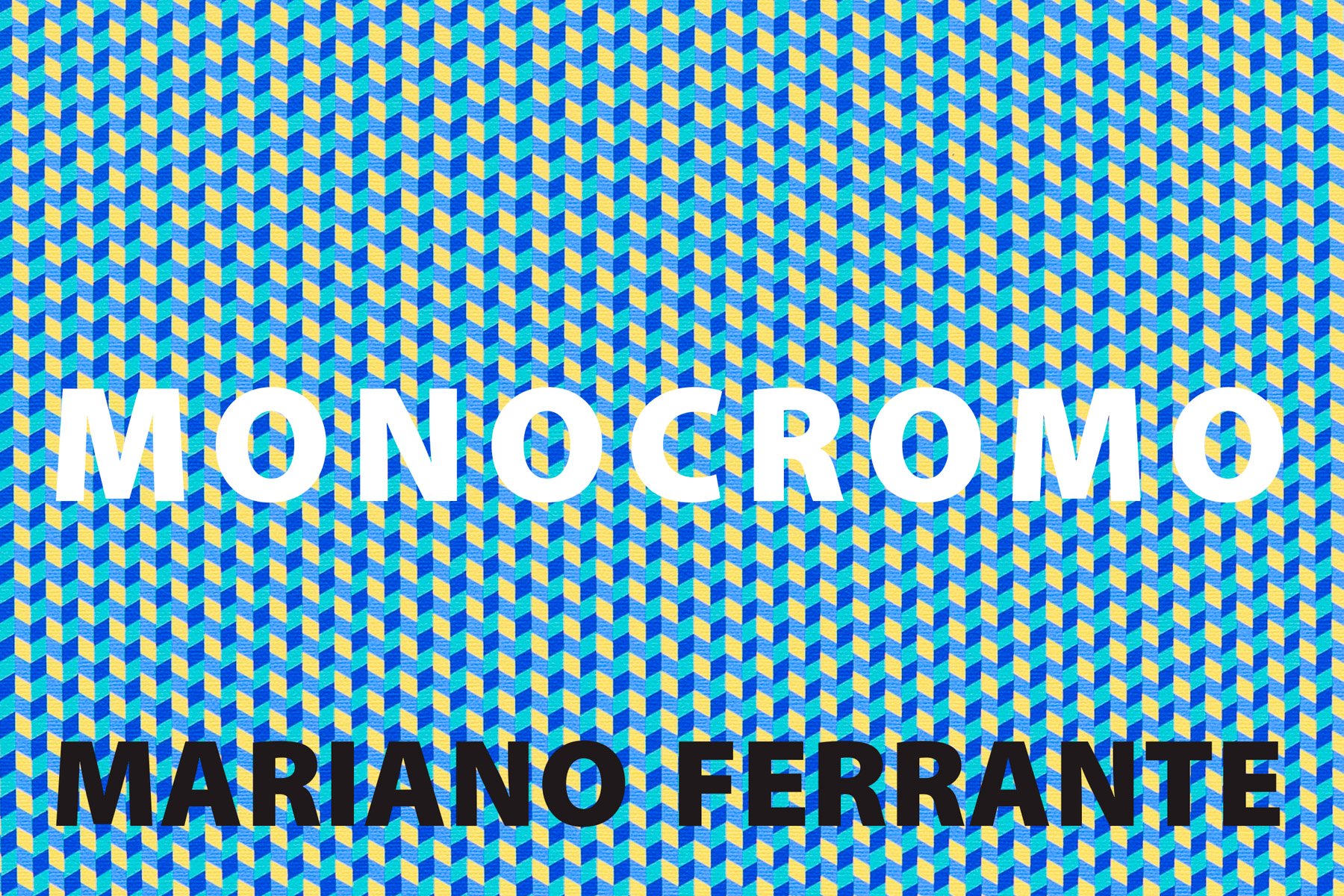 The exhibition marks the first time Ferrante’s Monocromo series are seen together and includes a large-scale work dating from 2017 when Ferrante began to explore the possibilities of this series. As Ferrante describes, “Monocromo includes acrylic paintings, rigorous constructions made up of 6mm lines that form a pattern.” Despite the apparent perfection of his designs, all the work is done by hand, as Ferrante emphasizes, “subtle alterations, apparent mistakes, are actually carefully thought decisions that expose the human trace.”

Monocromo No. 37/21, for example, looks an even shade of blue when reproduced as a small picture or when viewed from afar. But, in fact, it is not a single-color work. The work is created from the juxtaposition of four different colored lines (yellow, light blue, dark blue, and teal) which intersect in such a way as to create discrete parallelograms of color that then function much like the red, green, and blue pixels of your phone screen in creating a color that is only present in your brain.

As our eyes and brains are not up to the task of processing the Monocromos’ complex patterns and their deviations, at certain distances, moiré patterns begin to appear while our minds not only combine colors but work to make sense of Ferrante’s subtly shifting inventions. The artist seems to be proposing that the monochrome as a singularity does not exist. In addition, Ferrante’s complex process is not intended to be reverse engineered from any trick-of-the-eye pattern, but he invites the viewer to join him as he expands his own painting practice and explores the limits of perception and the artist’s ability to create meaning through artifice.