Marianna Uutinen: I Hear You

Marianna Uutinen: I Hear You 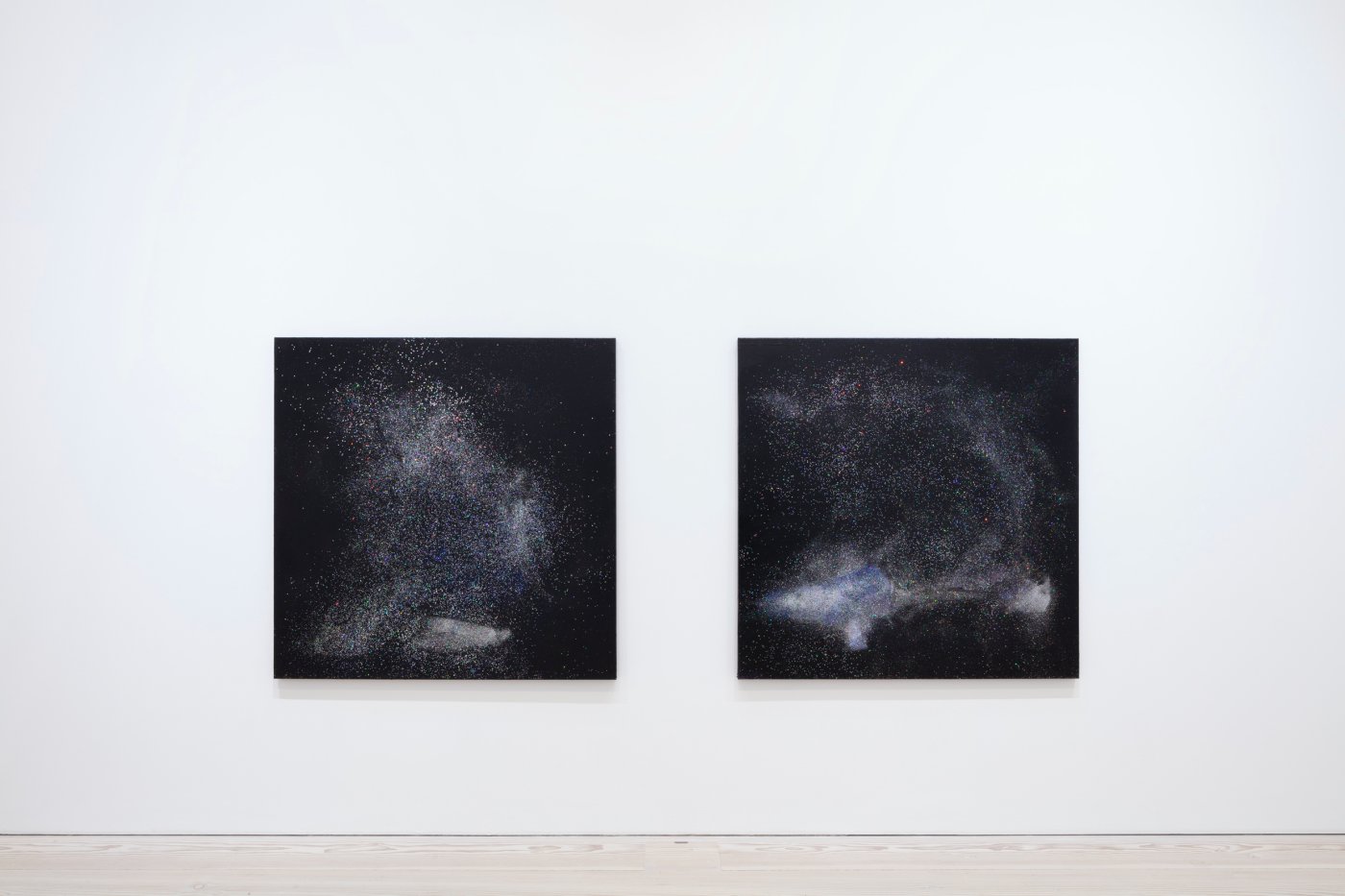 Marianna Uutinen (b. 1961) achieves a consummate synergy between the materiality and spatiality of her paintings. Her art articulates space both through its presence as an autonomous physical subject and as something that straddles somewhere between subjecthood and objecthood – as if her paintings were spaces through which everything travels. The three-dimensional forms protruding from her glitter-acrylic paintings are subtly embedded in the composition. The lively, shimmering surfaces are like stardust, sometimes recalling body parts or three-dimensional shapes that emerge as the viewer interacts with the painting’s materiality. Uutinen has no interest in romanticizing nature; instead, her paintings exist as an alternative natural presence, alive like an extension of the natural world, their materiality obeying its own organic laws. Her paintings have a meditative, erotic, and phantasmagorical quality while also invoking a sense of aesthetic pleasure, hope, escapism, and spirituality. They speak, too, of loneliness – the works in this exhibition were created during the lockdown, during a period of physical isolation – yet they equally convey a sense of intimacy and a free flow of ideas.

Uutinen’s paintings continually reveal new sides of themselves, reveling in their nascent modes of spatiality. They are like performative spaces with a nonlinear presence that simultaneously expresses ephemerality and a reconstituted reality. Their performative nature is underscored by the viewer’s corporeal relationship with each piece. Their colors shift and change depending on the lighting and the angle from which the painting is viewed. The viewers thus project their presence and position upon the work.

Uutinen is one of Finland’s most acclaimed contemporary artists. She has held numerous exhibitions throughout Finland and Europe, and she represented Finland at the 1997 Venice Biennale. Her work is found in many prestigious Finnish collections, including the Saastamoinen Foundation, the Museum of Contemporary Art Kiasma, Helsinki Art Museum HAM, and numerous international collections such as Stockholm’s Moderna Museet, Denmark’s Louisiana Museum of Modern Art, and Buffalo’s Albright-Knox Art Gallery. The artist is currently based in Helsinki and Berlin.

The exhibition is dedicated to Marianna Uutinen’s mother.