For the first time, a joint exhibition brings together the work of the renowned Austrian artist Maria Lassnig (b. 1919, Carinthia, Austria, d. 2014, Vienna, Austria) and the ground-breaking US artist Cindy Sherman (b. 1954, Glenn Ridge, New Jersey) at Hauser & Wirth St. Moritz. 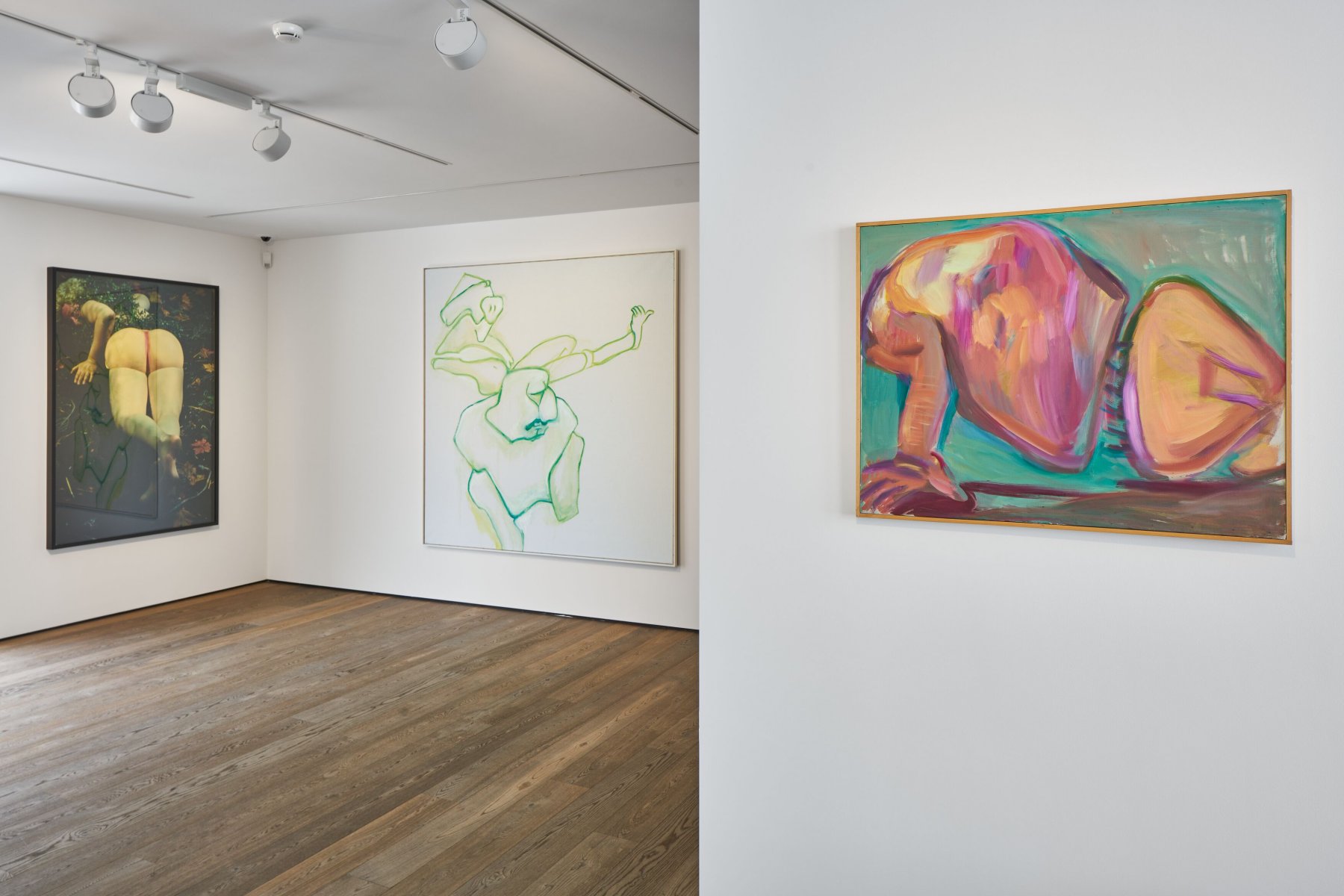 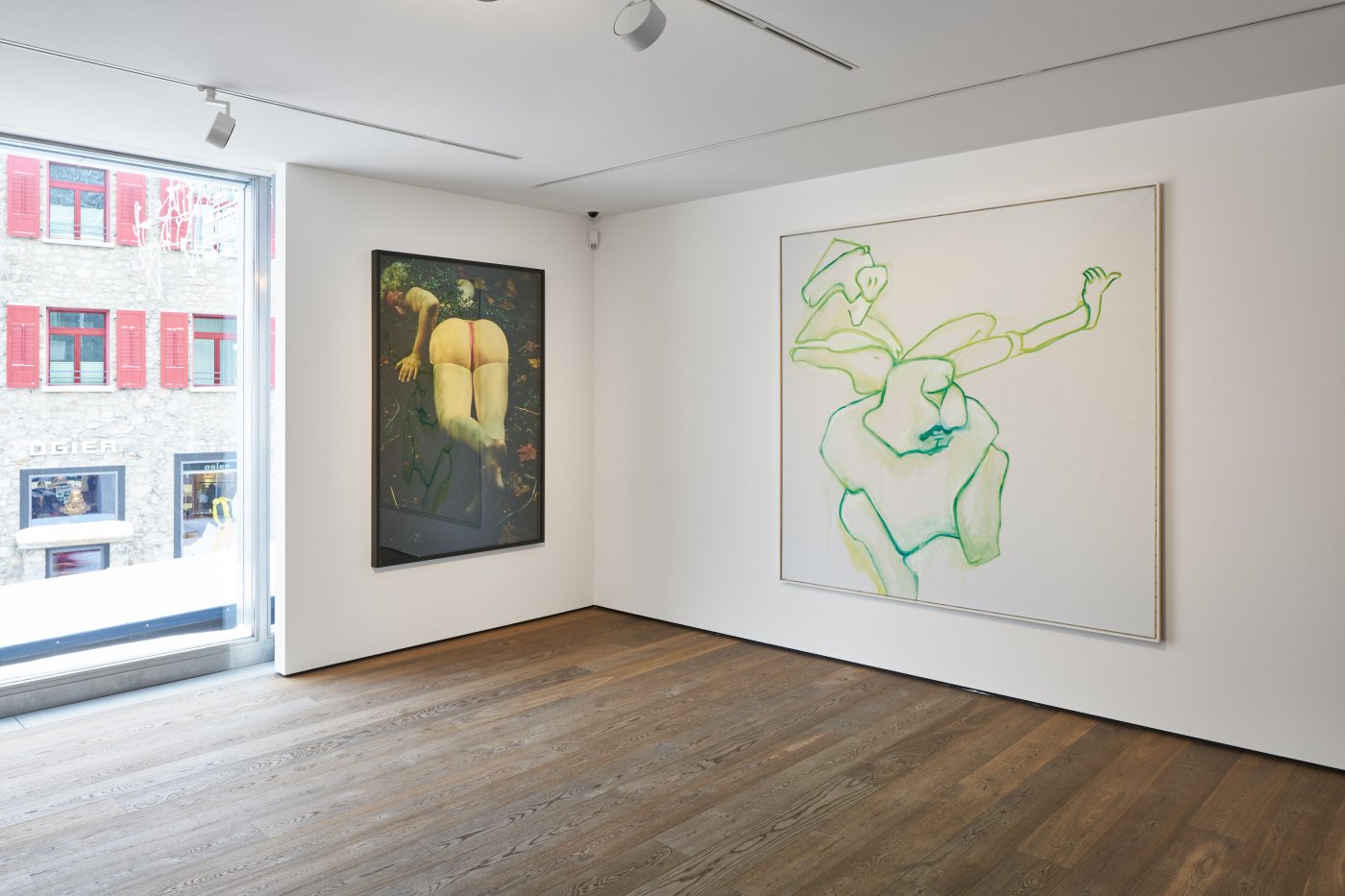 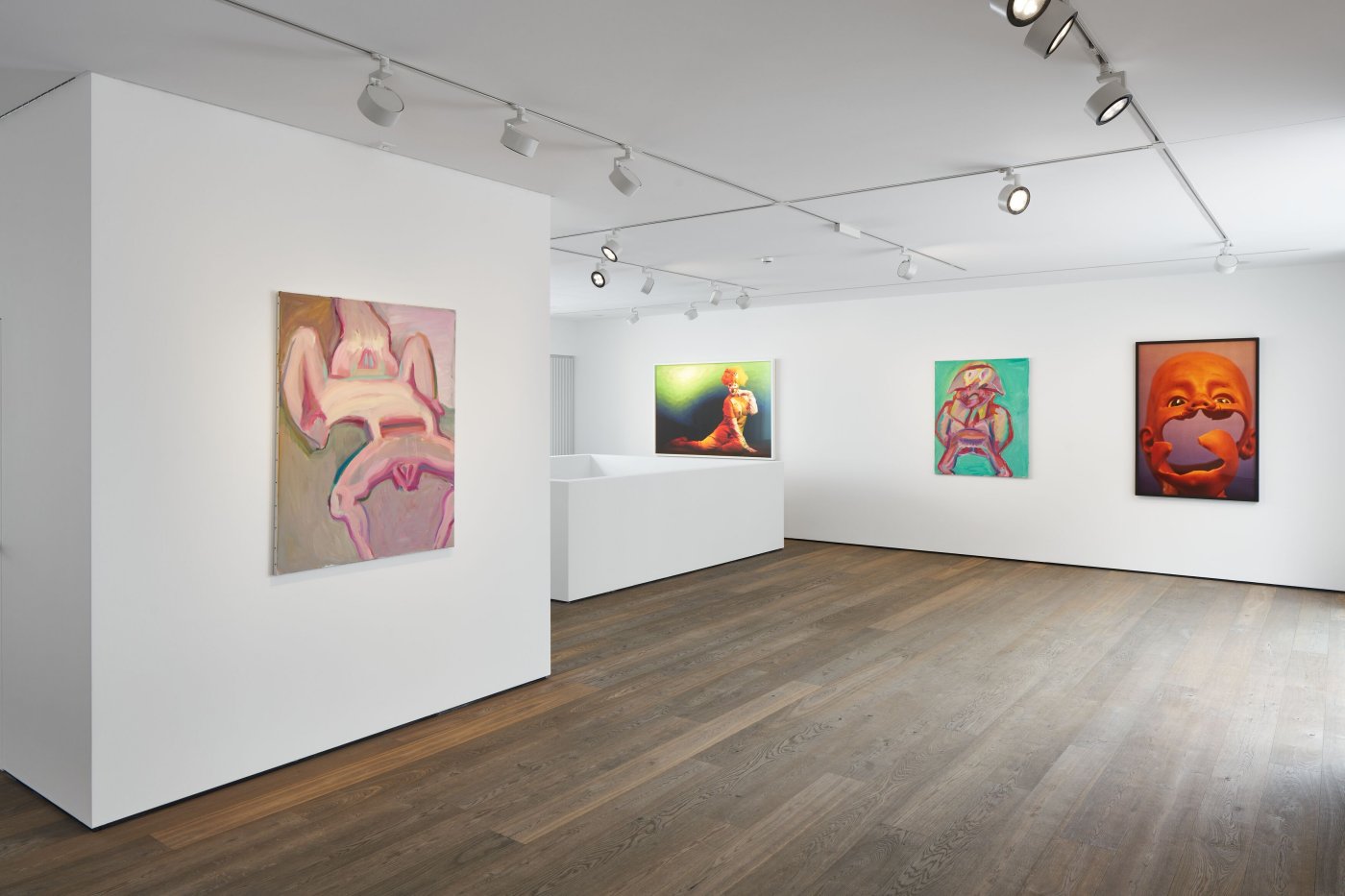 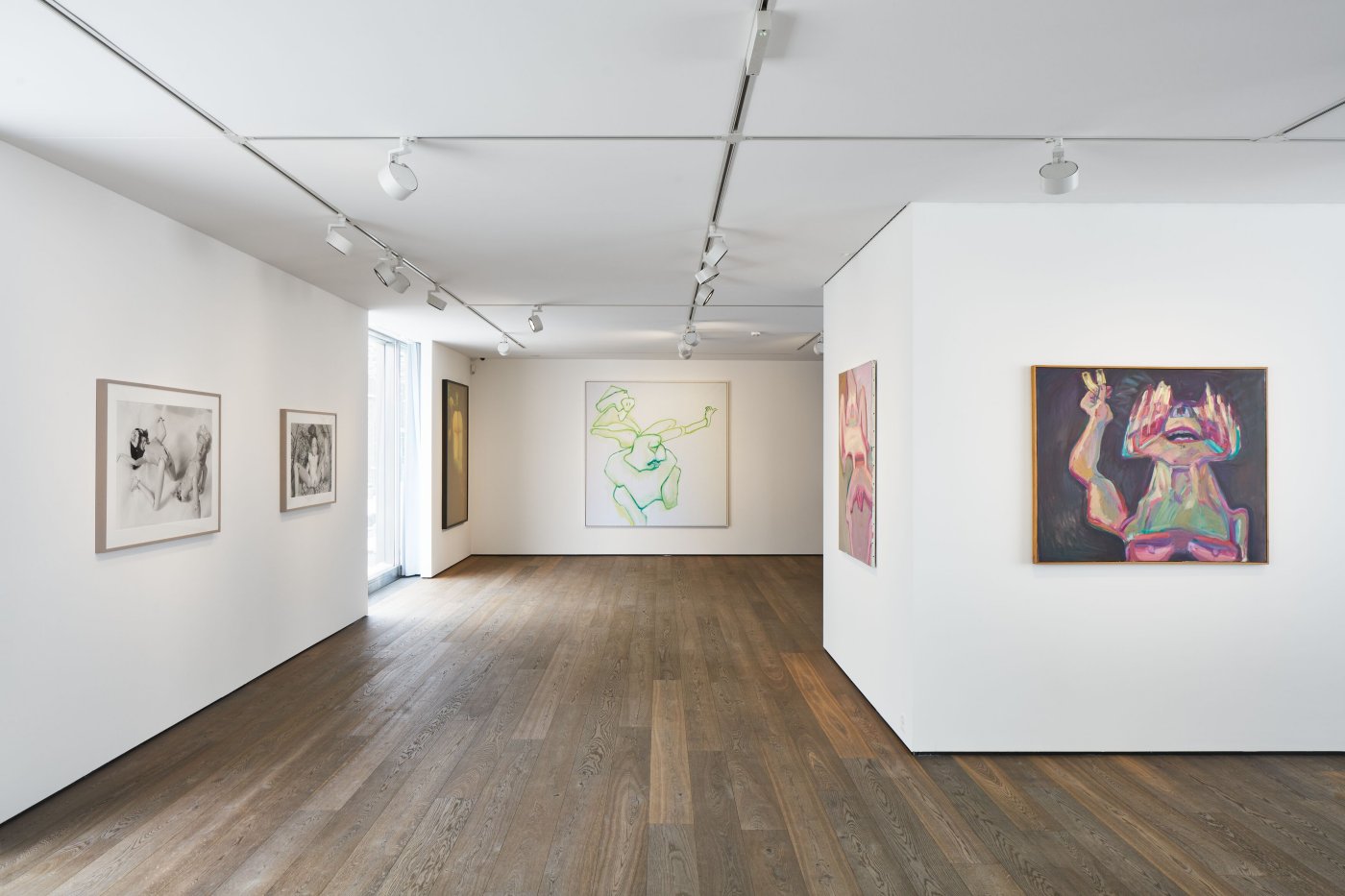 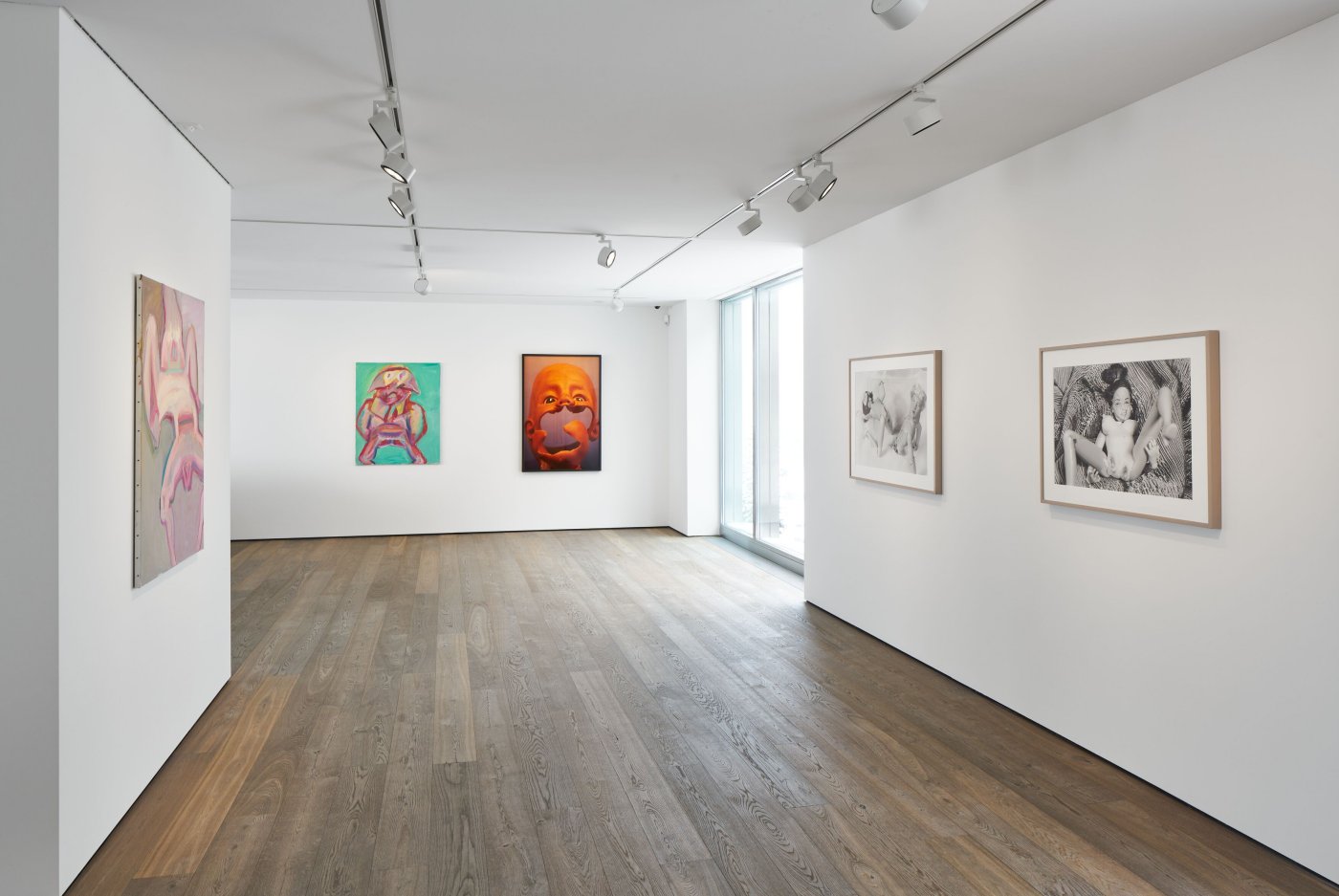 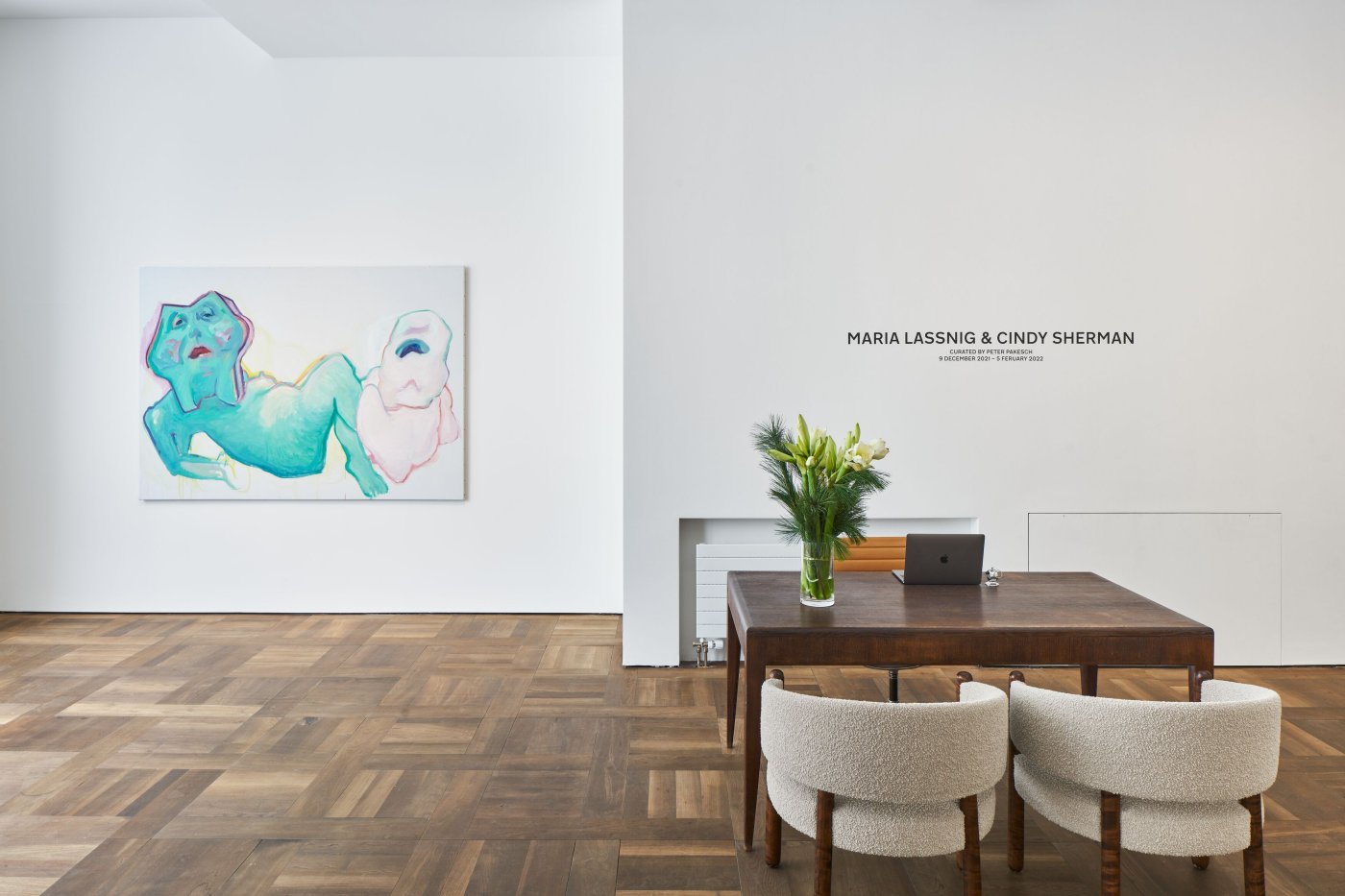 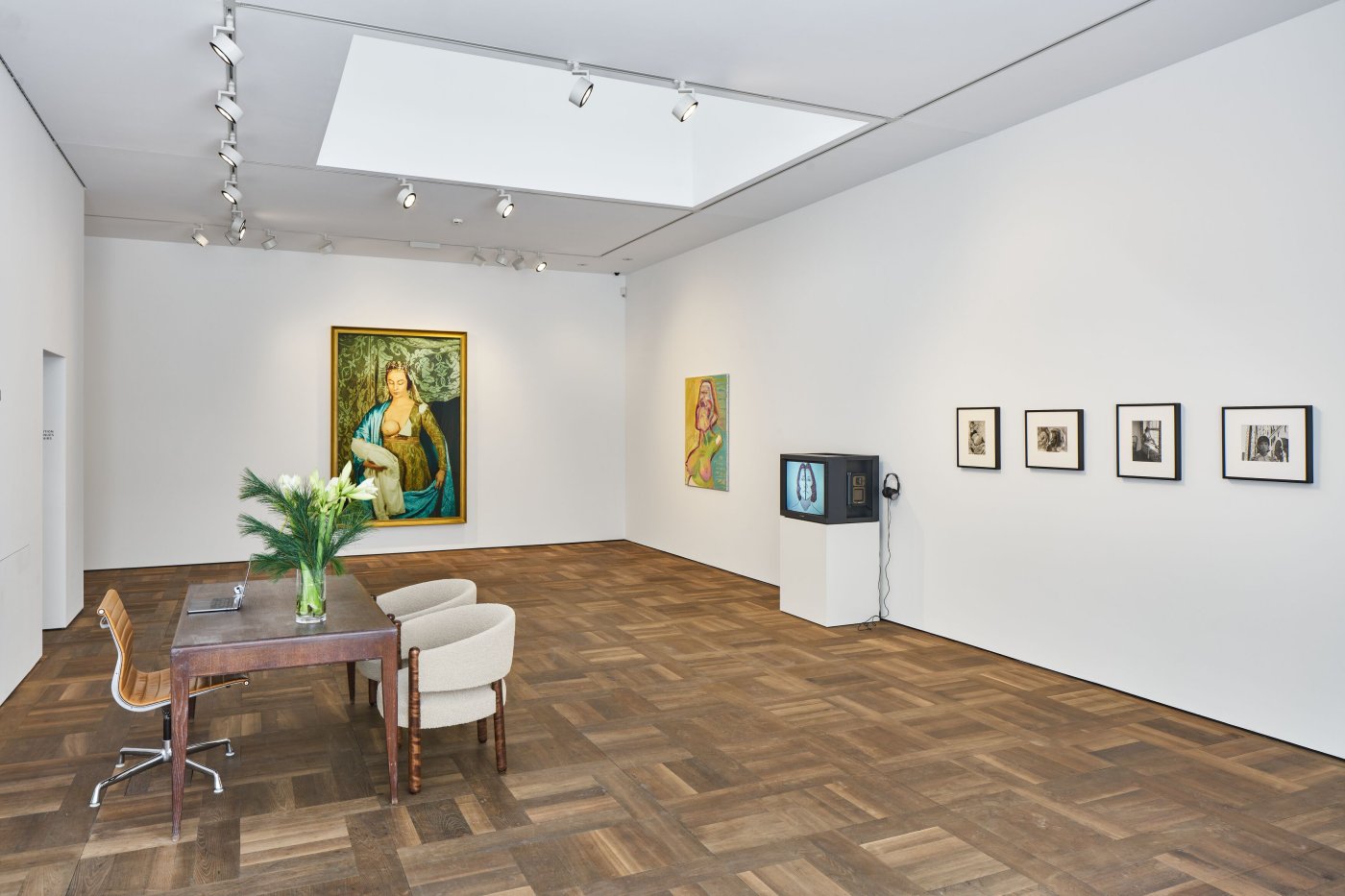 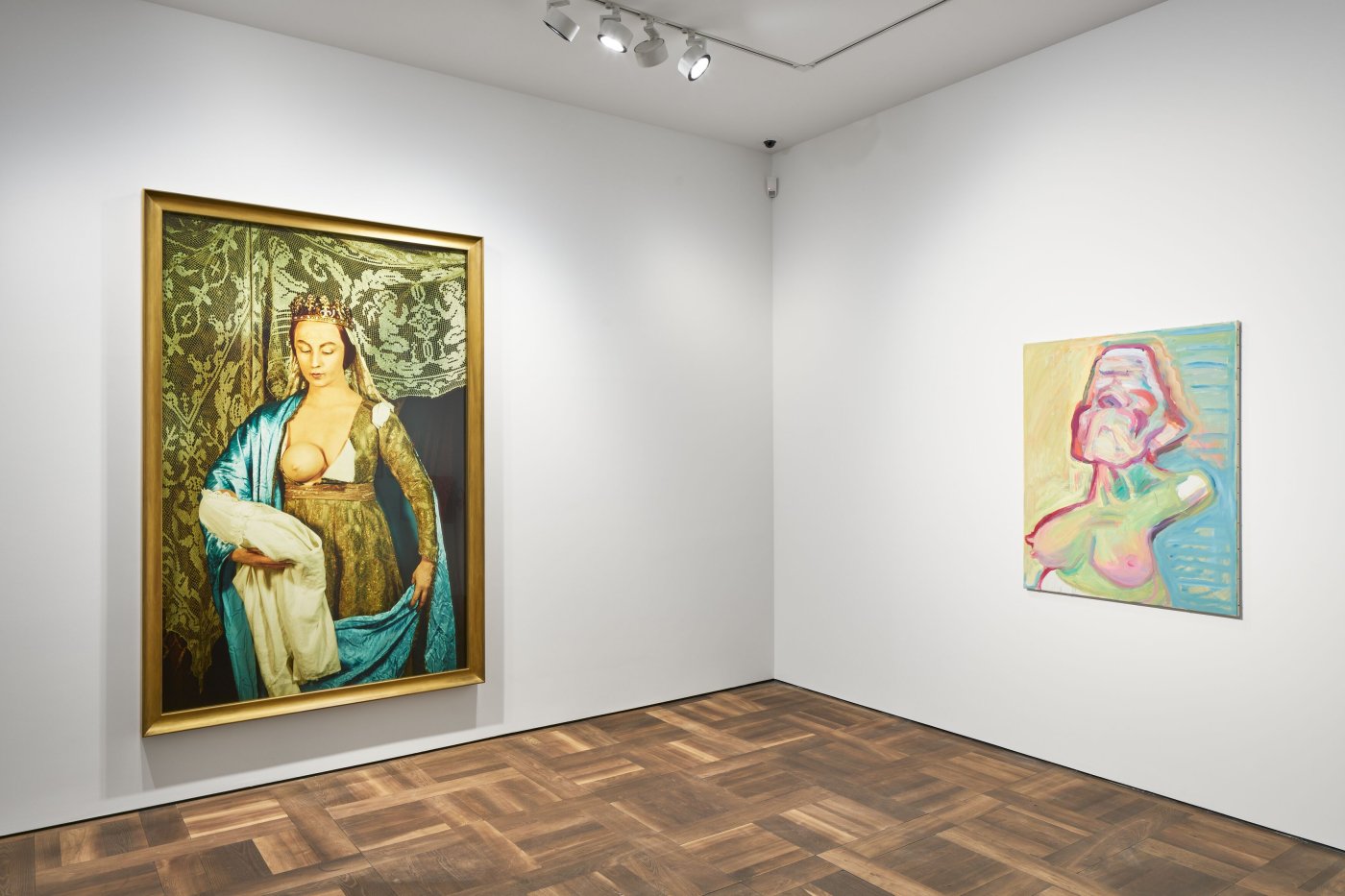 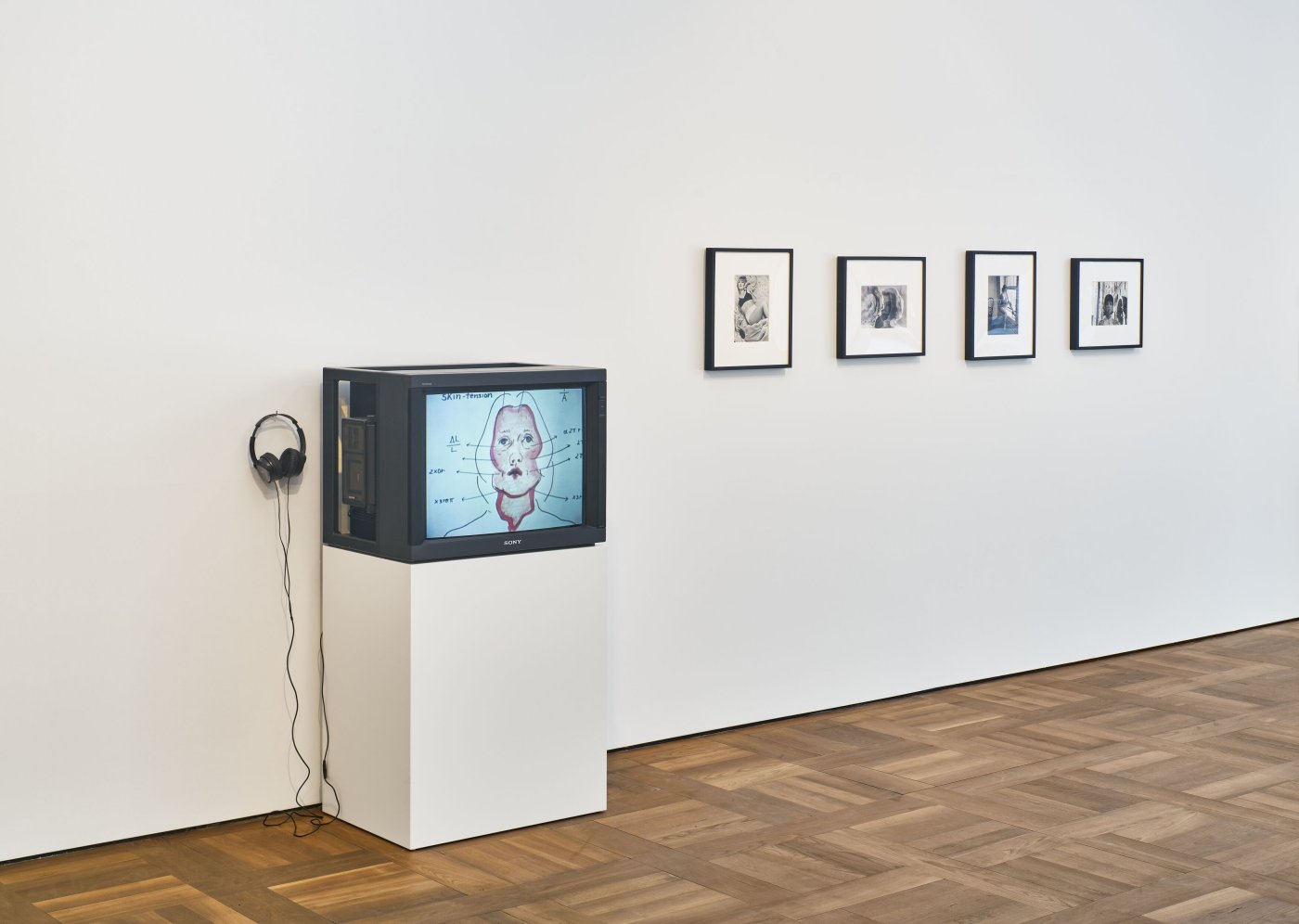 Curated by Peter Pakesch, Chairman of the Maria Lassnig Foundation, the presentation explores the vital role that both artists, although more than a generation apart, played in the development of discussions around identity, gender, and the body in 20th and 21st century art. ‘Maria Lassnig & Cindy Sherman’ comprises paintings and an animated film created by Lassnig between 1971 – 2008 and photographic works by Sherman spanning series from her Untitled Film Stills to her History and Clown portraits. The works on view investigate both Lassnig and Sherman’s unique explorations of female identity, highlighting themes such as the mother, the body, the clown, and the couple.

‘Maria Lassnig & Cindy Sherman’ takes as its point of departure the 1983 presentation ‘Selbstdarstellungen (Self-portrayals)’ at Berlin’s Haus am Waldsee, where the artists were exhibited in two separate shows under the same title, although they seemingly had little in common at the time. A crucial difference between the work of Lassnig and Sherman is their relationship to self-portraiture. For Lassnig, the self-portrait is central to her work; it has become an important vehicle for exploring her body and identity. For Sherman, it is almost the opposite. Her self-portrayal runs counter to the conventional understanding of the self-portrait, radically questioning and disposing of it. Sherman camouflages herself by repeatedly impersonating a myriad of stereotypical female characters within her series of photographs. Another important difference is their medium: Lassnig remained true to classical artistic and painterly techniques throughout her life, whereas Sherman has used photography since its reintroduction to the visual arts in the late 1970s – a development that Lassnig always viewed critically, if not rejected. Almost 40 years on from the exhibition at Haus am Waldsee, the presentation in St. Moritz shows that despite their vastly different approaches, both artists have created comparable, pioneering images in which the question of identity and the location of the body are always present.

On the ground floor, the show begins with two important works exploring the role of the mother. In the painting ‘Hurra – ein Junge! (Hooray, It’s a Boy!)’ (ca. 2008), Lassnig imagines herself as a reclining, Sphinx-like figure in turquoise with a baby-like form reminiscent of a cyclops between her legs. The artist utilises contrasting colours such as greens, pinks, and blues, as well as strong linear shapes to depict her inner psychological and physical states (a mode she coined as ‘body awareness’). In ‘Untitled’ (1989), from her series of History portraits, Sherman satirises the historical depiction of the mother. The artist photographs herself holding a baby in Renaissance dress, a wig, makeup, and prosthetic breasts, the application of which is left exposed, revealing the artifice of the image.

This construction of female identity is investigated in Sherman’s iconic series of Untitled Film Stills (1978), three of which are on view in St. Moritz. The artist impersonates stereotypical female caricatures inspired by Hollywood pictures, film noir, and B movies, exploring the tension between identity and artifice in consumer culture. In Lassnig’s animated film ‘Selfportrait’ (1971) made during her time in New York City, the artist features as herself, taking on a number of different roles and identities. Briefly shifting her priorities from painting during this time, motion pictures enabled Lassnig to expand and narrativise her ‘body awareness’ project and rigorous subjectivity.

The theme of the sexualised female body is confronted in the works ‘Traum vom Idealbusen / Busenwunsch / Busenillusion (Dream of the Ideal Bosom / Bosom Wish / Bosom Illusion)’ (1996-1997) by Lassnig and Sherman’s ‘Untitled’ (1988) from her History portraits. Here, Sherman deals with the fetishized and tabooed body within a historic and cultural context, whereas Lassnig’s work is an existential examination of her own fantasies. For Sherman, her work is an amalgamation of references taken from society, in contrast to Lassnig’s internal search for authenticity. Both works share a provocative yet humorous take on the subject matter.

The exhibition continues on the first floor with works depicting the artists as clowns. In ‘Untitled’ (2005), Sherman poses as this character, at once playful and menacing, to explore the disparity between the exterior persona and interior psychology of her subject. Lassnig also looks at the clown’s fractured sense of self as a metaphor for her own identity through the guise of the Harlequin in her work ‘Selbst als Harlekin / Selbstportrait als Pierrot / Selbstportrait als Napoleon (Self as Harlequin / Self-Portrait as Pierrot / Self-Portrait as Napoleon)’ (1997).

Concluding the presentation are works by both artists that explore sex and the couple. In ‘Frau und Mann (Woman and Man)’ (2007), Lassnig’s abstracted limbs of her subjects become at once intertwined and fragmented. A series of black and white photographs from 1999 featuring dismembered male and female dolls by Sherman, known as her Broken Dolls series, create abject and eerie images. Parallel to the question of identity, the artists’ questioning of the body as a fractured entity is central to their work.

Despite their different approaches in medium, subject matter and form, the exhibition underlines how both artists have become pioneers in the discourse of identity, gender, and the body over the past few decades. The exhibition in St. Moritz coincides with a presentation of works by Maria Lassnig at Petzel Gallery in New York this autumn, and the group exhibition ‘CLOSE-UP’ at the Fondation Beyeler featuring works by Cindy Sherman. In 2022, Lassnig will have a major solo exhibition at UCCA Beijing from 20 August until 27 November.