Skarstedt presents Inflatables, the solo exhibition of new paintings by New York based artist Marco Pariani, on view at the London gallery. 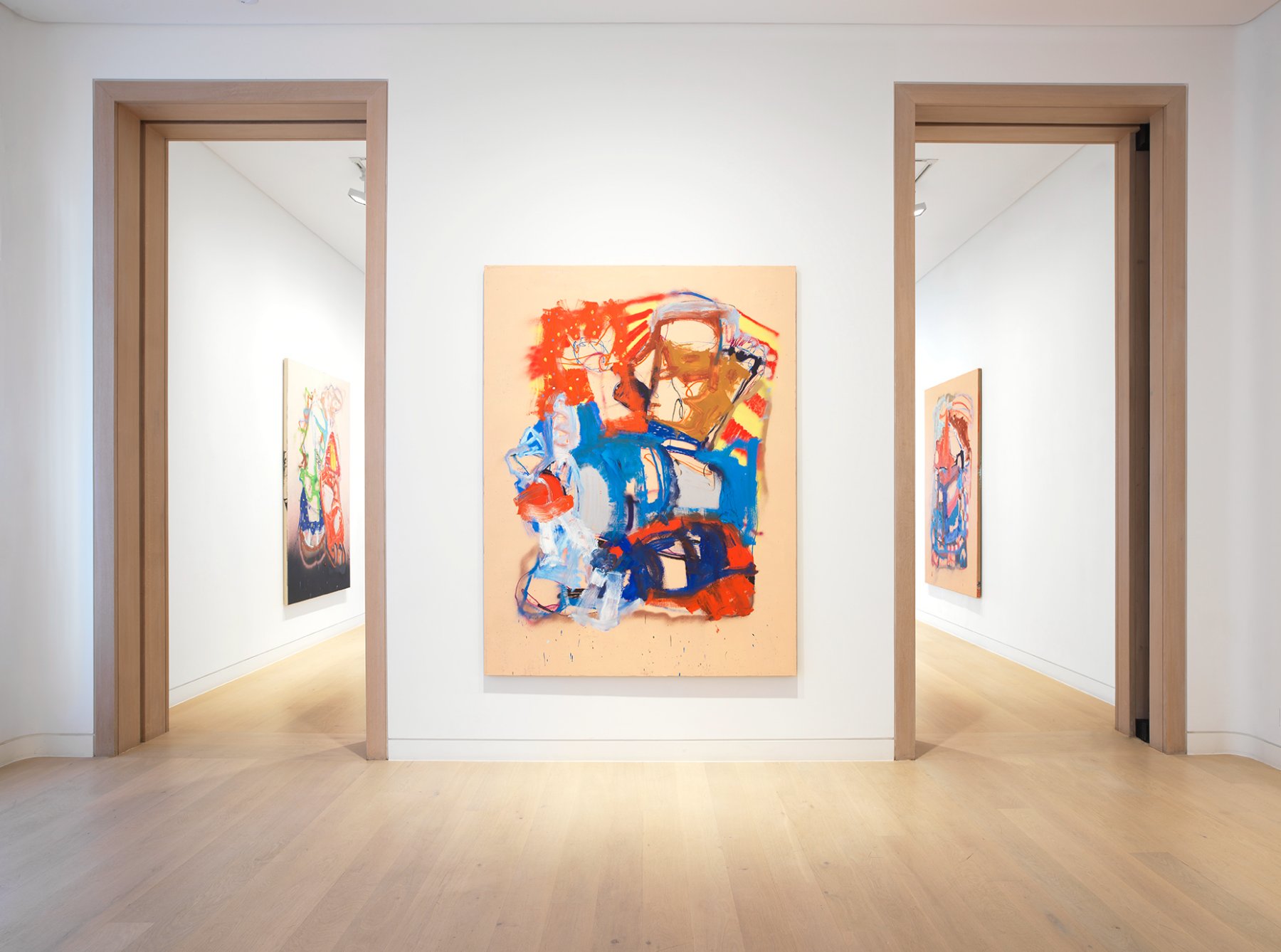 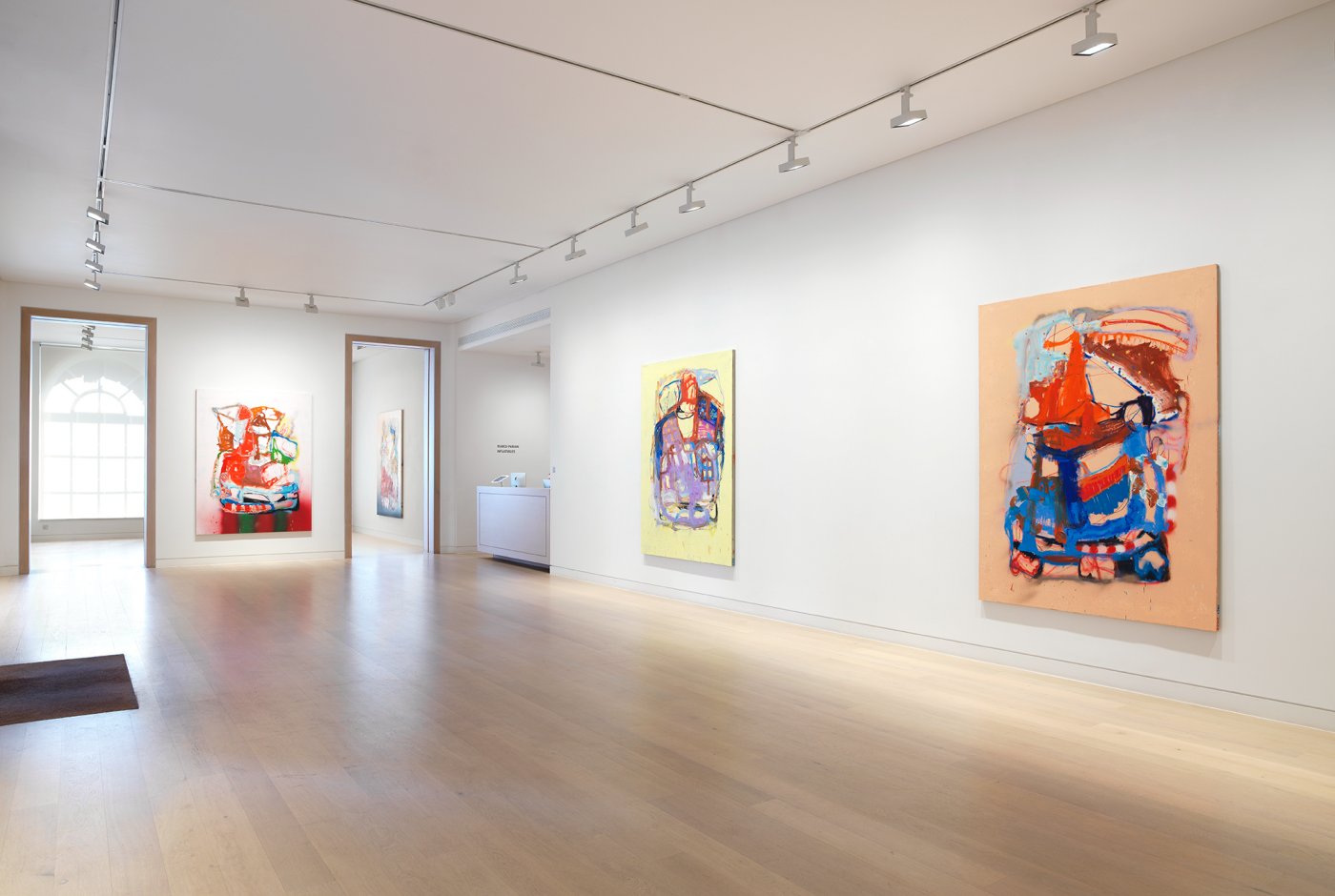 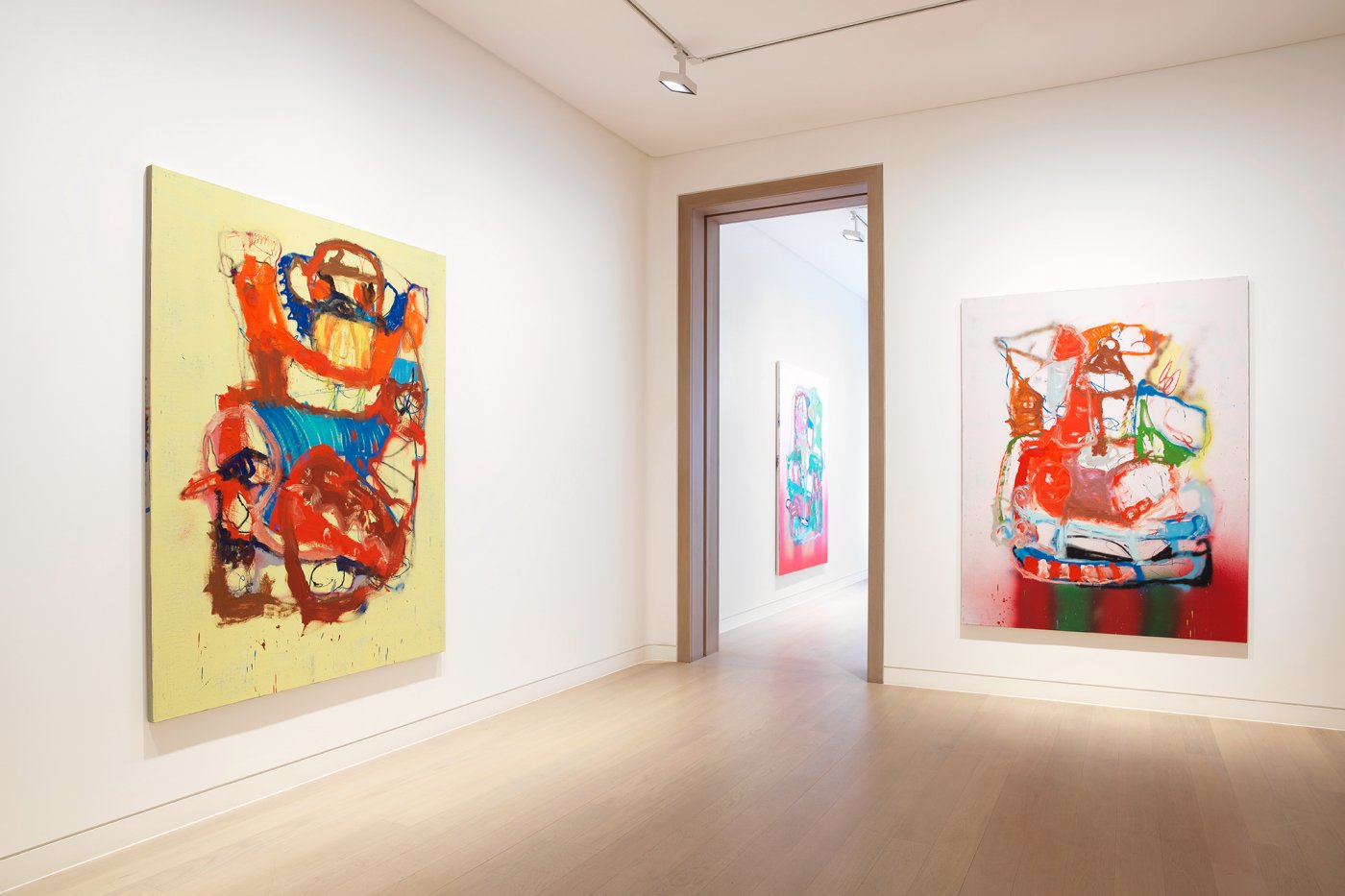 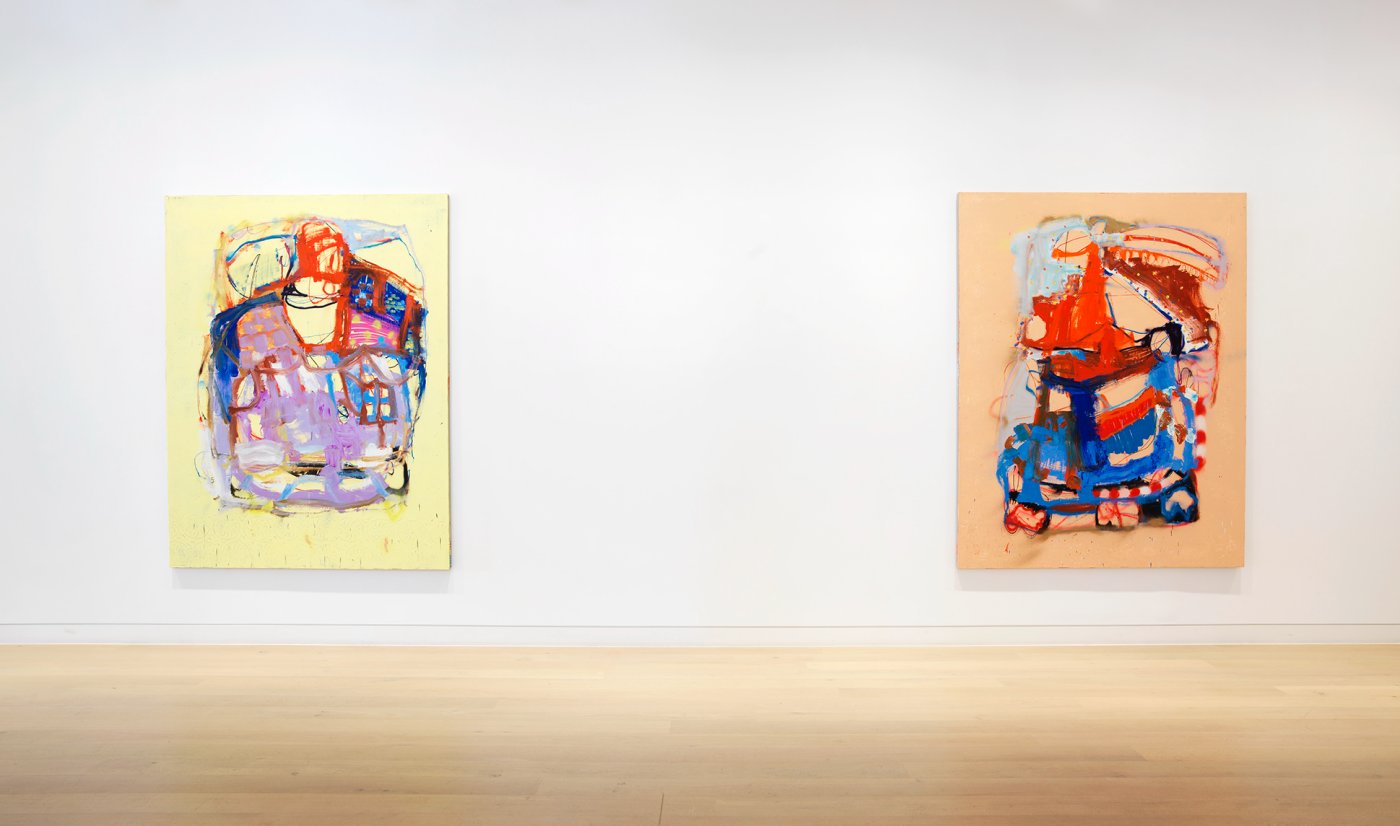 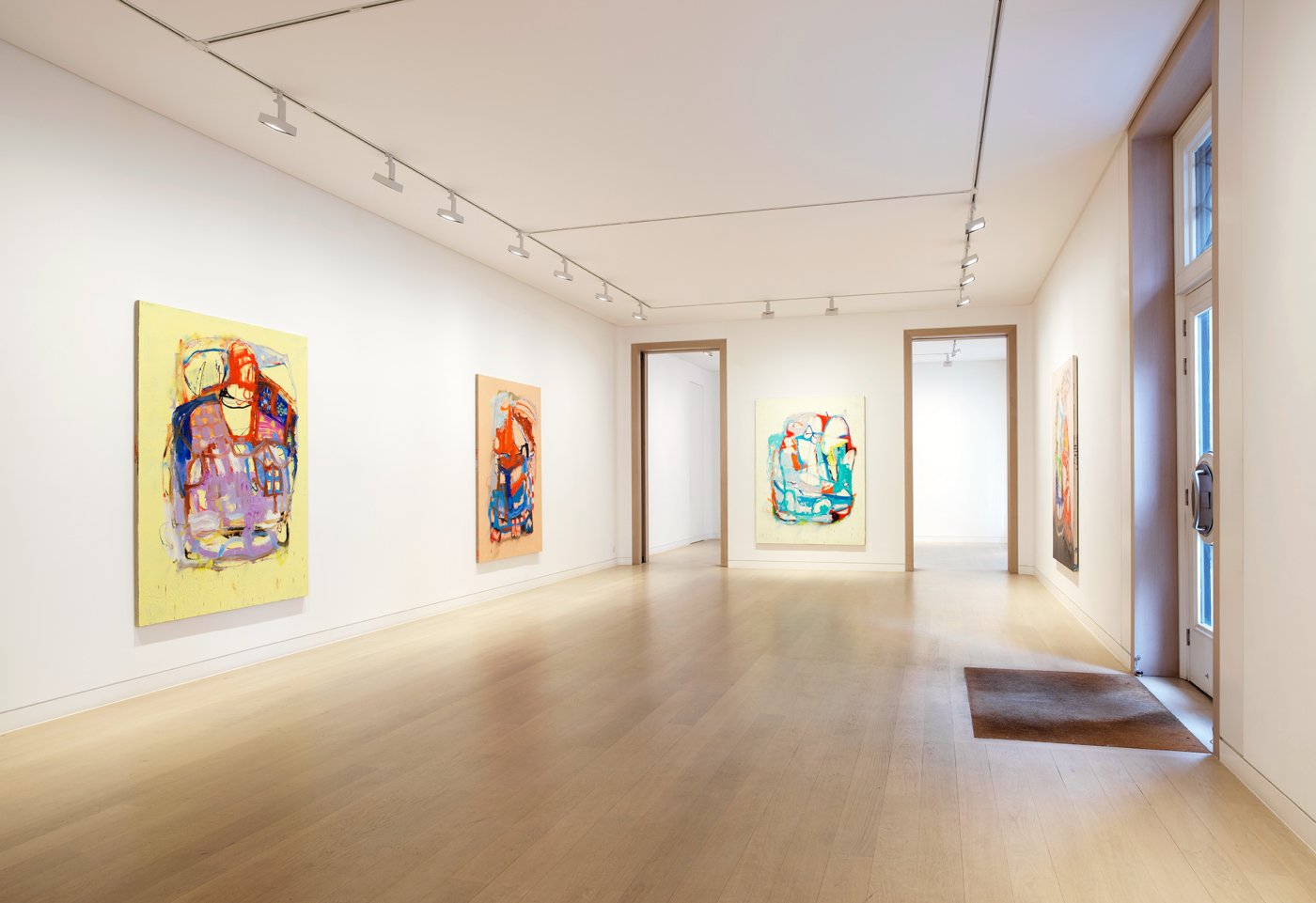 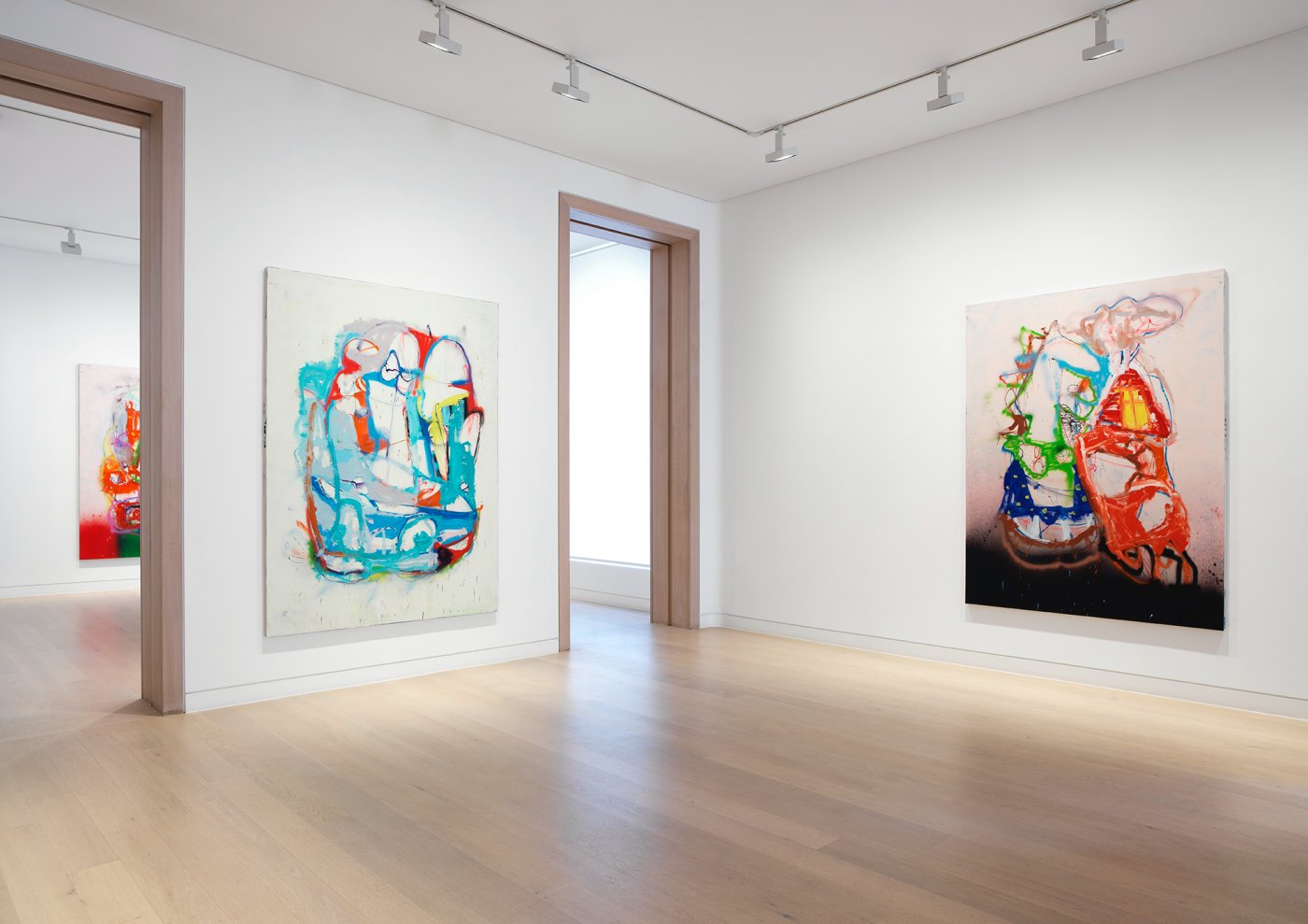 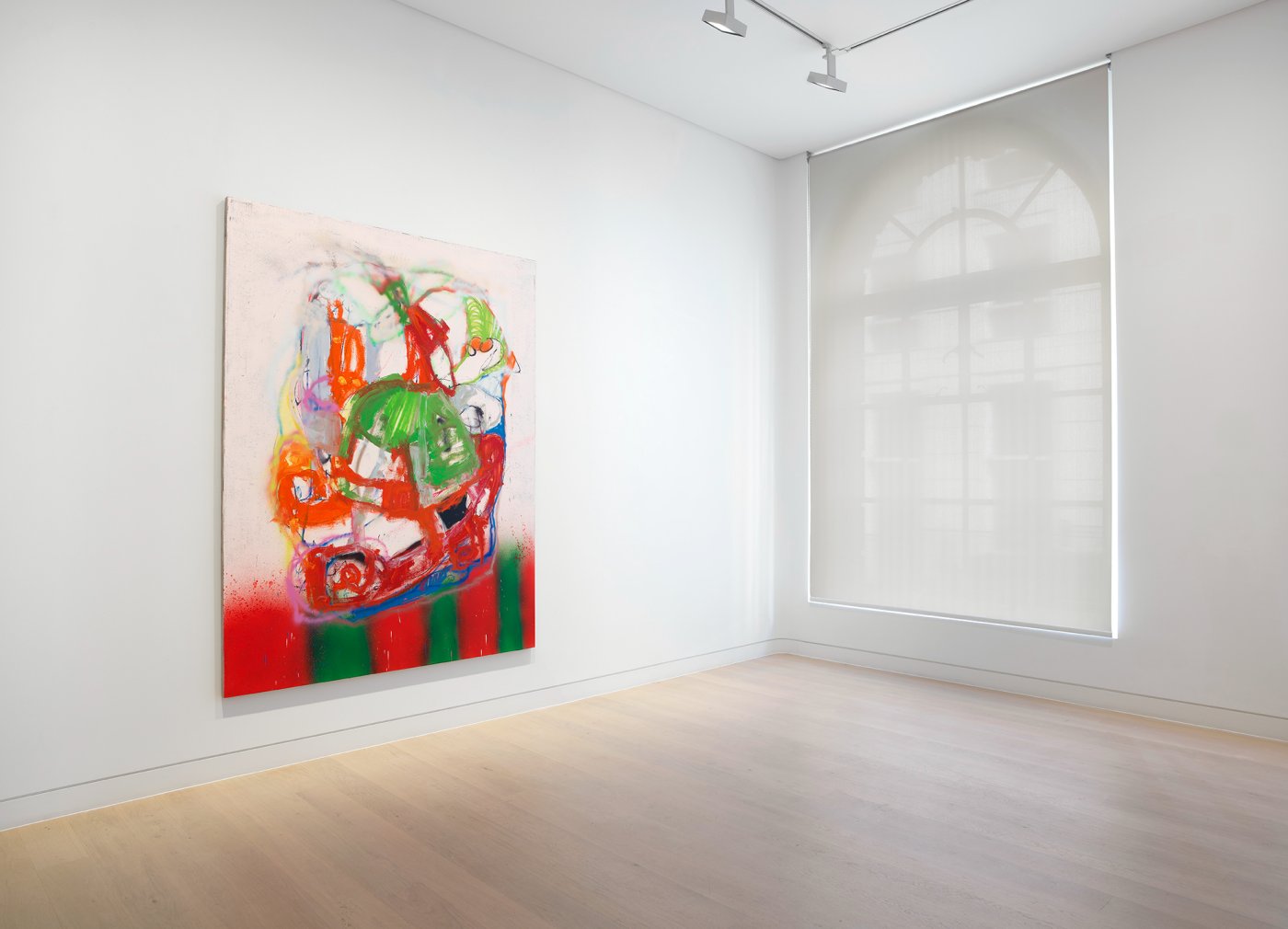 In Pariani’s paintings, the lines in oil and spray paint converge and superimpose to form images of striking vibrancy. Rendered in layers against the haptic ground, the raw shapes at times evoke figures and faces, as if suspended between the abstract and familiar. Here, Pariani is drawing on the found images of inflatable Christmas decorations, combining elements of sledges, trees or houses in his compositions. Deconstructing the source images with his angular strokes and contrasting colour combinations, the artist reveals the strangeness, almost absurdity of these objects, ironically questioning the tropes of popular entertainment. His turn to Christmas inflatables follows the series of paintings based on photos of dogs dressed as humans circulating on social media. As the artist explains, “I’ve been working on humanized dogs for a while and last summer I saw the dogs, in swimsuits and sunglasses, floating on inflatable palm tree with a fake cocktail, and I thought that the inflatable itself was a piece of art.”

Morphing the inflatables into almost abstract silhouettes, Pariani foregrounds the significance of colour and process in his work. The artist begins each image with a thin rapid outline which he executes in spray paint or with his fingers on the gesso base. Continually sanding the surface to refine the lines, he builds up the composition by re-tracing the contours, simultaneously re-enforcing and obliterating the initial figures. Dancing lines of paint register Pariani’s continued focus on the relations of colour and form between each consecutive layer.

Centrally positioned on the canvas, the forms are enveloped by the monochrome ground, as figures in space. The gradient fields of colour often running across the bottom of the canvas as a kind of horizon line, create the sense of depth and emphasise the divide between the object and background. Executed by layering gesso and acrylic, the surface is lined with pentimenti, as if formed by time and usage. A significant element in Pariani’s work, the ground remains a space of continued formal experimentation: in this series, the artist is using domestic decorative rollers to incise the pattern into the layers of paint to frame the composition.

For Pariani, the preparation of the canvas is a laborious process which presents a stark contrast with the dynamic making of central shapes. This disparity in tempo results in a sense of rush and adrenaline reminiscent of graffiti. Indeed, the present-day graffiti box trucks in Brooklyn have been a source of continued inspiration for the artist since his move to New York in 2019.

Fusing drawing and painting, humour and intensity, enthusiasm and composure, the paintings in this new body of work highlight Pariani’s unconventional process and distinct visual language. This is the first solo presentation of the artist in London and his first one with Skarstedt.