Marcia Hafif: From the day a woman…

Marcia Hafif: From the day a woman…


“Painting was painting, as math was math. In school I had been treated as an equal with boys and men, and I did not see that my sex should prevent me from doing the work I wanted to do.” —Marcia Hafif (1) 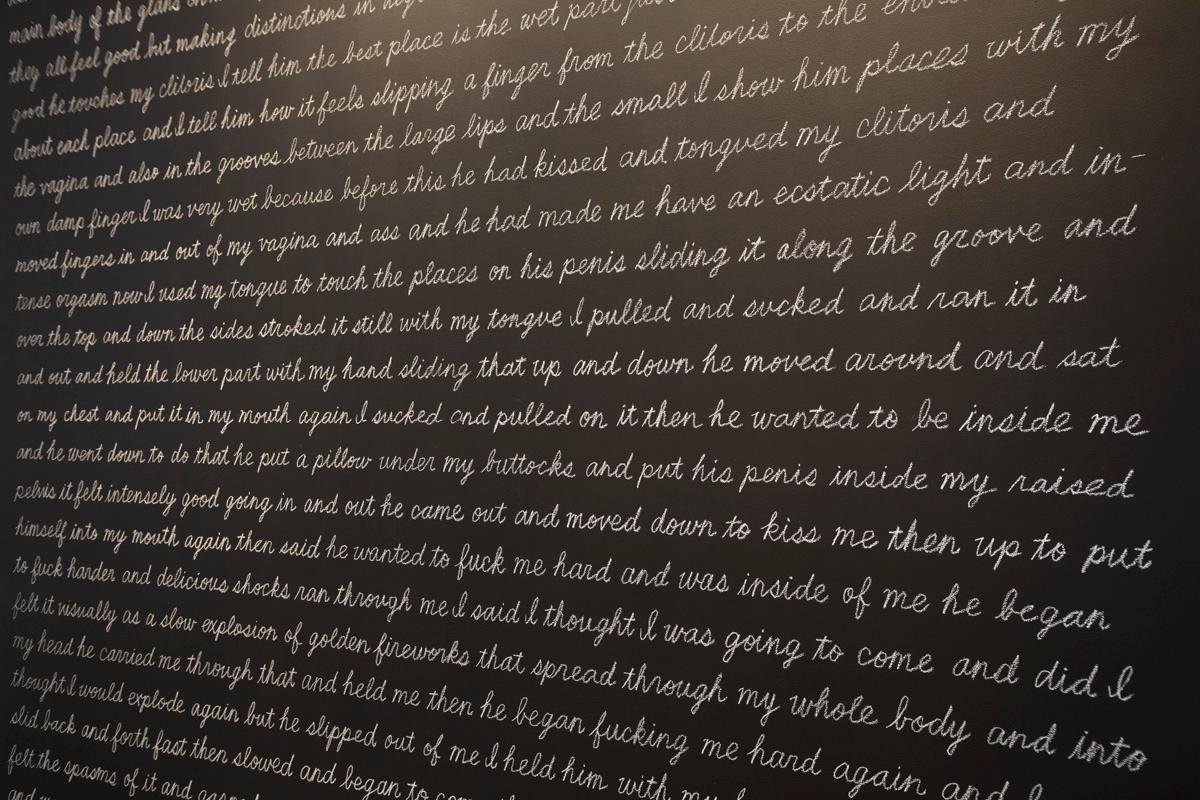 Hafif’s career is staggering in its ambition and breadth of achievement, and the artist herself derided that prevailing outlook on her as “the primacy of the one, the icon, the (patriarchal) singularity of the Pure, the Absolute.” (2)

Hafif’s first mature work emerged in Rome, Italy, where she moved in 1961. Garnering the nascent spirit of the new Los Angeles art scene that she witnessed while interning at Ferus Gallery, her work brought together bold graphics and hard edge in what she later called “Pop-Minimalism.” Exhibiting for the first time in Rome in 1964, these hard-edged, biomorphic, bilaterally symmetrical shapes and bright colors that exercised a cheeky figure-ground exchange, became known as the Italian Paintings, three of which are featured in the exhibition. Likewise, returning to California in 1969 with newfound filmic inspiration from the New Wave artists she came across in Europe, Hafif pursued her MFA at UC Irvine, where she experimented with film, producing Notes on Bob and Nancy, which she later acknowledged was “something of an homage to Godard.” (3)

Hafif’s arrival in New York in 1971, and exposure to the thriving downtown community inspired her to radically revise her artistic practice. Willem de Kooning’s remark that “Flesh is the reason oil paint was invented,” (to which Peter Schjeldahl added, “and he didn’t mean beefcake”) (4) encapsulates the prevailing orthodoxy of New York School painting, which Hafif and so many of her female peers sought to overturn. She deconstructed the fundamentals of paint as a material and the painterly process to first principles in order to understand and neutralize the male gaze that had dominated painting for centuries; as she would later state, she “began again.” (5) Hafif developed her own techniques of research, inquiry and evaluation, creating numerous pigment studies and documenting the very mechanics of pencil and brush strokes.

The artist’s 1972 pencil on paper drawings mark this pivotal moment of her beginning again.” Starting the top right corner, working across and down, pencil marks span the entirety of a paper. Perhaps acting as a type of “blueprint” for her paintings to come, from thereon Hafif applied this meticulous method going forth.

In Egg Tempera, 1973, Hafif adopted the Early Medieval technique utilizing egg yolk, pigment and water, and applied it to a wood support. In the Neutral Mix paintings of 1976–77, ten of which are on view in this presentation, Hafif mixes pairs of complimentary pigments with white, hyper-specifically titling each work based on its exact pigments (a method she employed throughout most of her Inventory works), such as Neutral Mix: Viridian, Vermilion; Cadmium Red Medium, Chromium Oxide Opaque; and Alizarin Crimson, Cadmium Yellow, 1977. In a related gesture, the artist contrasts the specificity of her titular system to that of Alexander Rodchenko’s, whose monochromes were dubbed Pure Red, Pure Blue, and Pure Yellow Color. (6)

The dialectic between “specificity” and “generality” becomes even more apparent in her works outside of painting, which she often called, the “Other” projects— architecture, photography, textiles, and wall drawings. The exhibition includes a selection of photographs taken at Hafif’s mill house in upstate New York. The mill house—without electricity or a telephone—was a point of conceptual stimulus, where the artist focused on drawing, making, and planning. Her Constellations drawings, 1985 (observed from the mill house), and Grids drawings, 1988, summon her interest in temporal and physical specificity. Her Chinese Poetry works on paper from 1982, feature transcribed Chinese poetry amended with her own distinct pencil marks.

Hafif’s discourse of gender and femininity can be read in parallel with her more overt female contemporaries, such as the performance and visual artists Carolee Schneemann and Hannah Wilke. The exhibition includes three of her four wall texts that candidly address her sexuality and aging body. Two are rendered in large-scale cursive script directly onto the gallery walls, and one in the artist’s own writing by way of instructions for a group exhibition in 2013.* Schoolroom, made for the Rooms show at P.S. 1 in 1976, explicitly details Hafif’s sexual arousal copulating with a male companion. Her later 2013 text, From the day a woman… —which Hafif created for an exhibition curated by artists Peter Harkawik and Laura Owens— places the aging artist alone in front of a mirror, reflecting upon the distorted cultural perception of the sexuality of and desire for older women.** She commented, at the time, that, “The Schoolroom text was an erotic one, sometimes called pornographic, involving a man and a woman, but at this later time in my life what seemed appropriate was a consideration of what sexuality means to a woman as she ages beyond menopause and into a single life.” (7)

The artist’s French Paintings of the late 1980s and early 90s, featured in the presentation, render flesh in tactile sensualness and intimacy, while maintaining her underlying commitment beauty from within the area set out, from the nature of the materials together with the techniques and human attributes chosen to be dealt with.” (8)

Hafif’s career resonates with the work of contemporary artists. As Jan Tumlir writes of Cecily Brown, “Paint in a sense ‘follows’ these movements, surrendering control, opening up, coming apart, and in this way shapes its very own object as a sexual body.” While the visually suggestive nature of Brown’s work contrasts with Hafif’s abstraction, the artists share an undeniable understanding of the embodied canvas of the flesh: “The body retains an image of everyone and everything it has ever come into contact with—everyone and everything it has touched, held, brushed by…” (9)

The artist’s final wall text, Cooking Fish, completed just before Hafif’s death in 2018, is an unvarnished reflection on her aging body in which she finds kindship with an injured owl – “…a fellow train wreck to keep you company… The owl righted itself … lifted off and made its way back into the world. I read Hokusai- Toko to ama (The Dream of the Fisherman’s Wife), relaxing on a couch feet propped above my head, volume low I listened to Kurt Weil’s b’lieve I’m goin down: ‘humin is a sad song when I am alone, but you gotta be alone to figure things out sometimes.’”