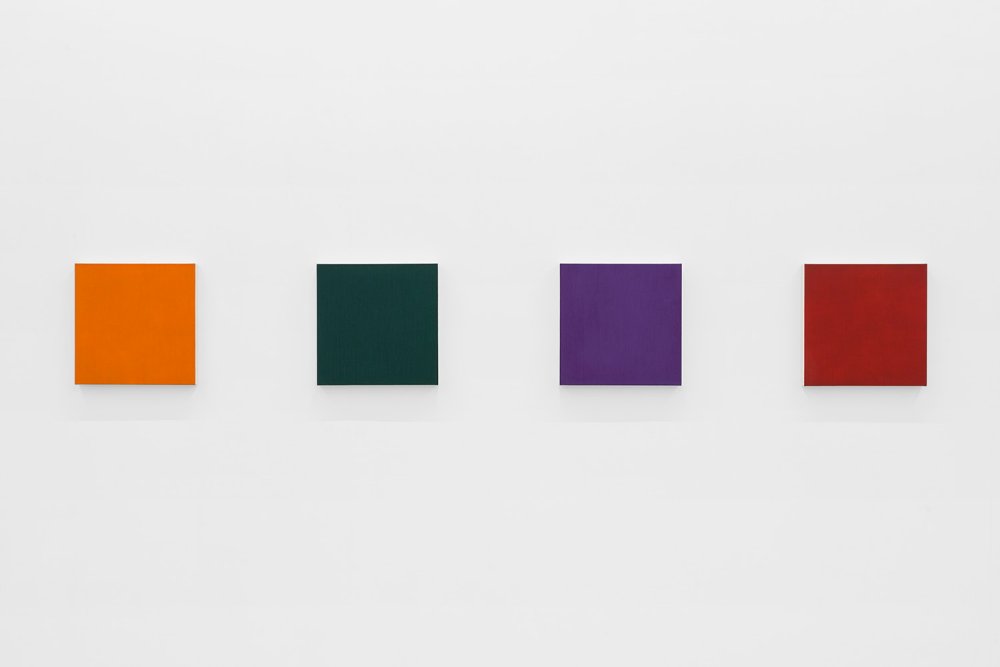 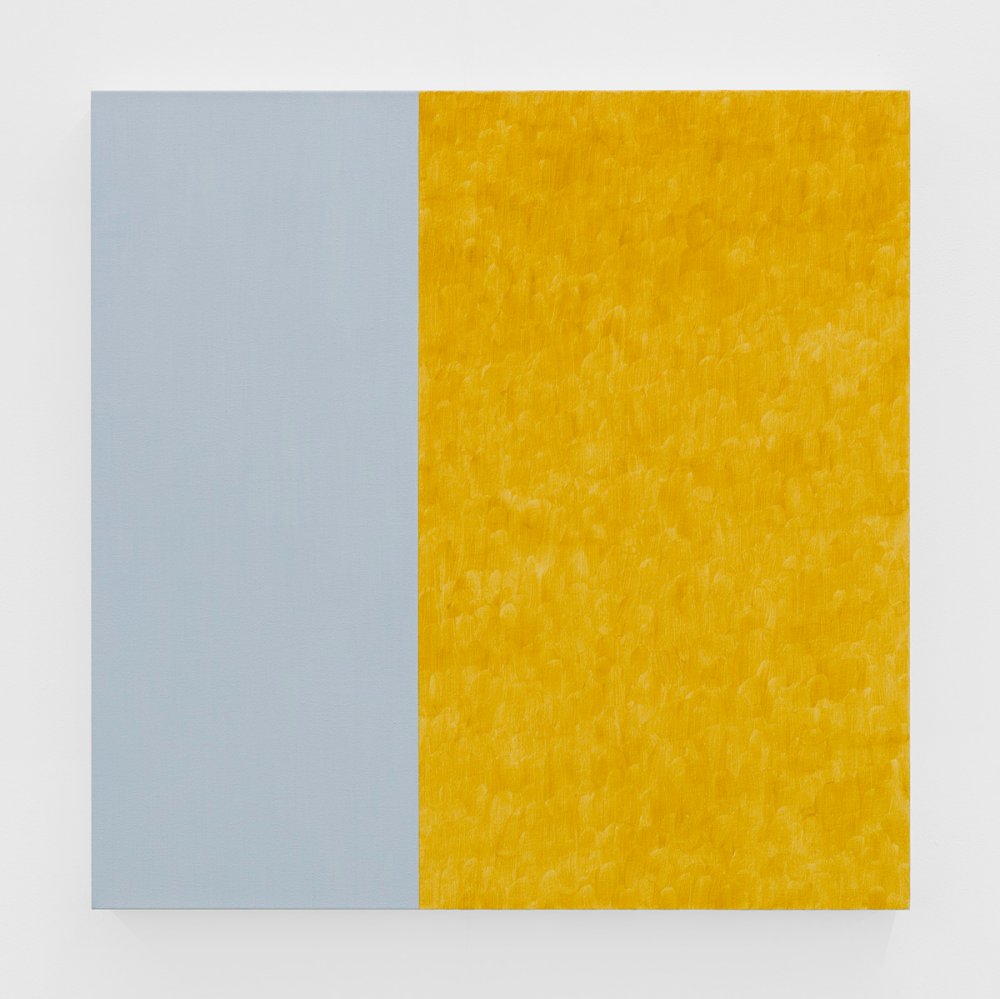 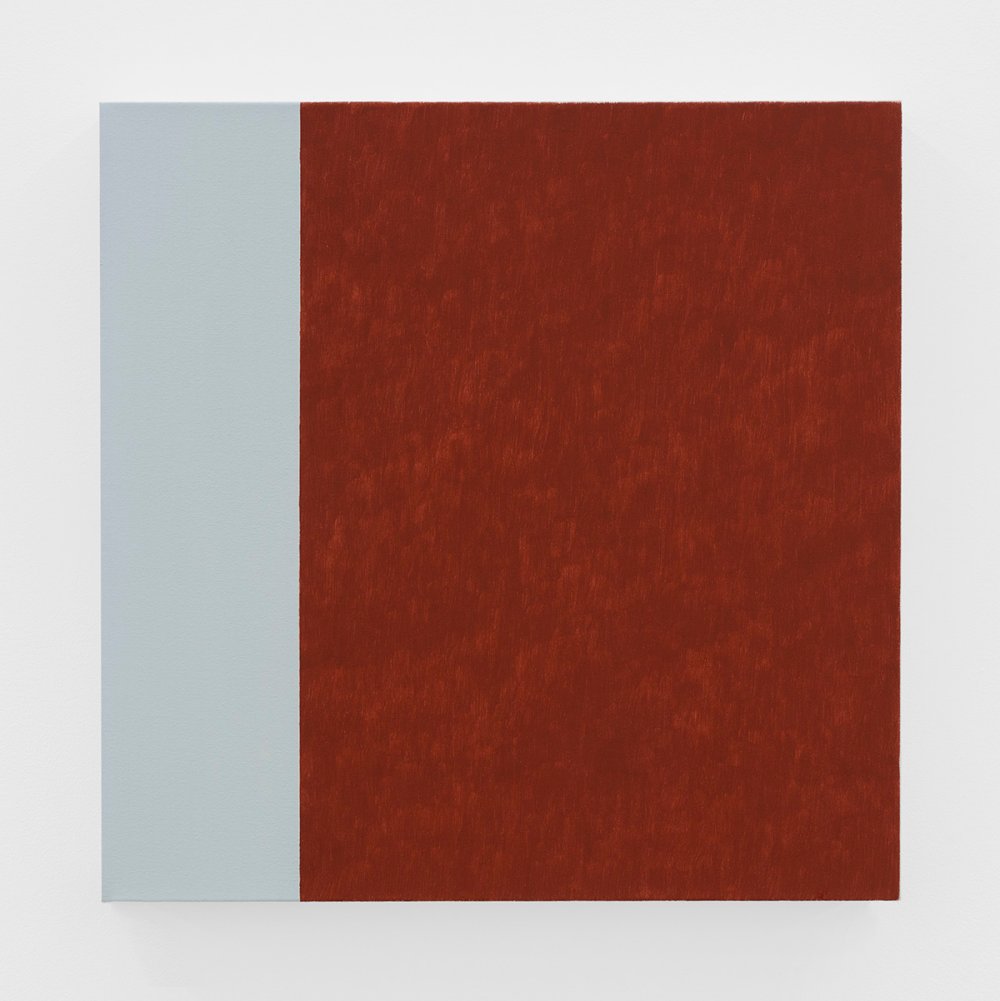 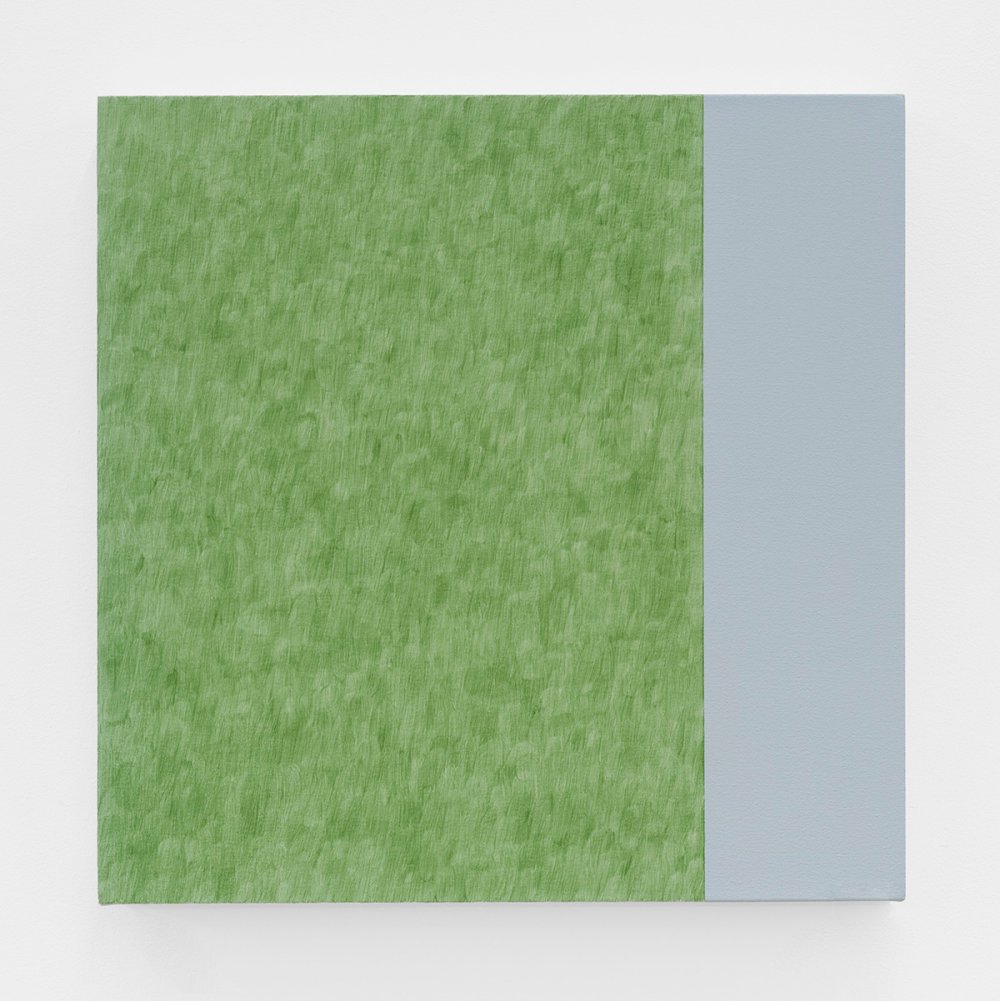 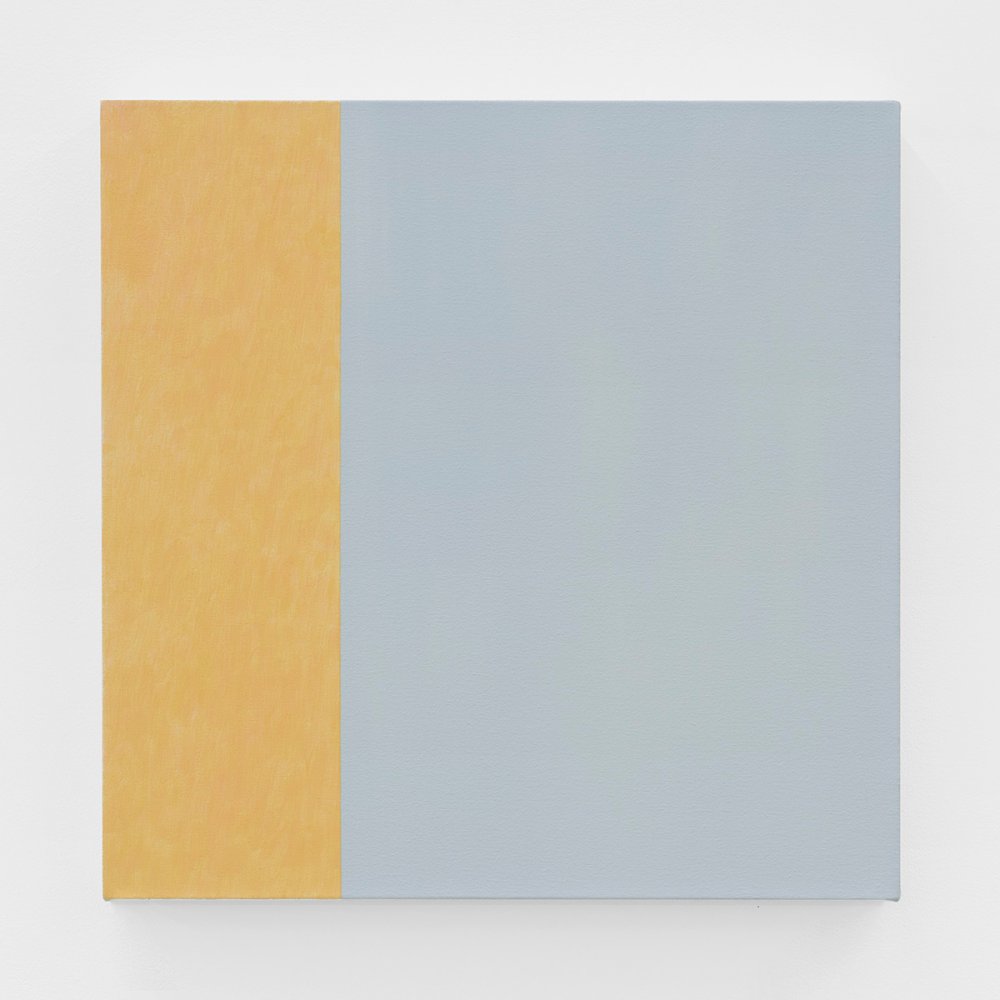 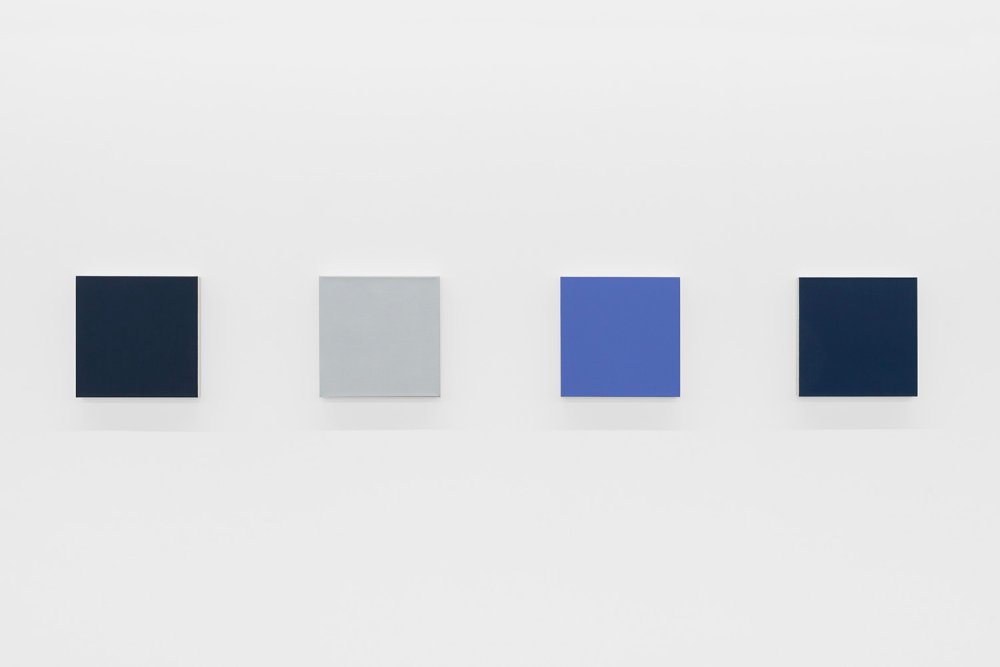 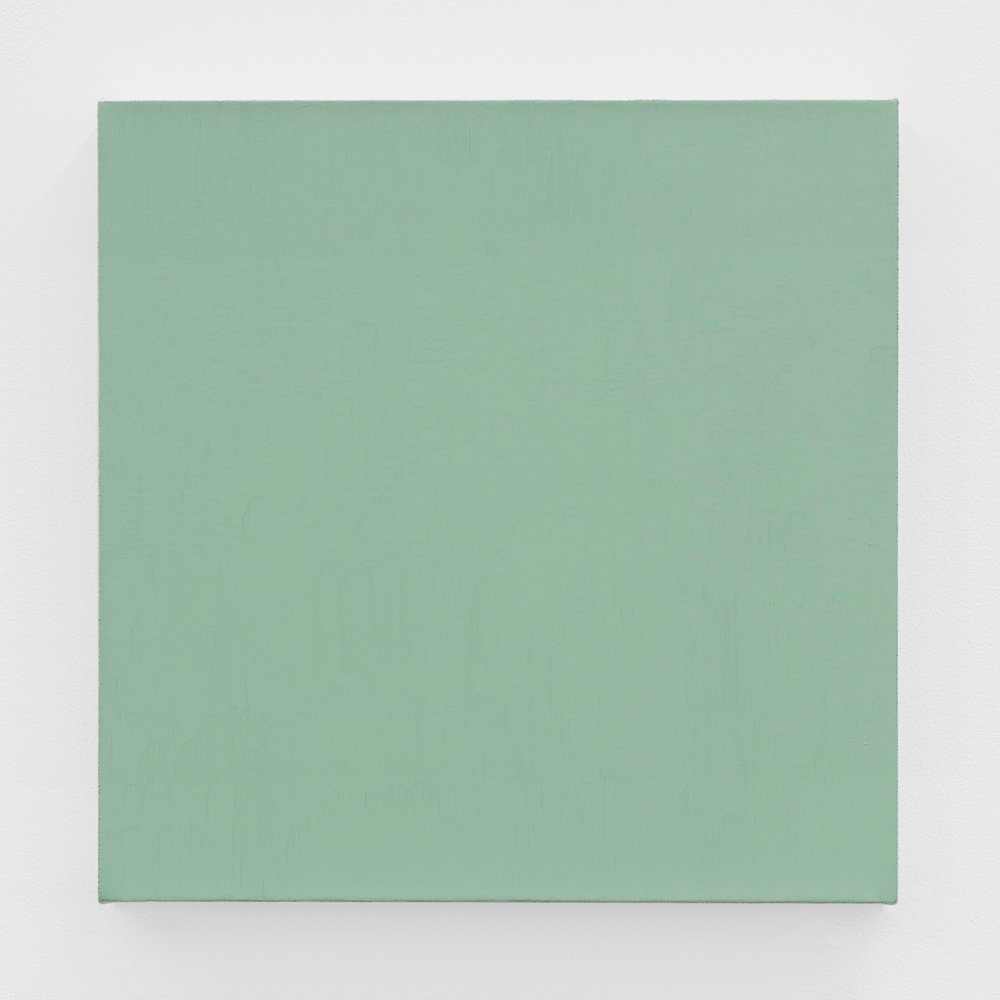 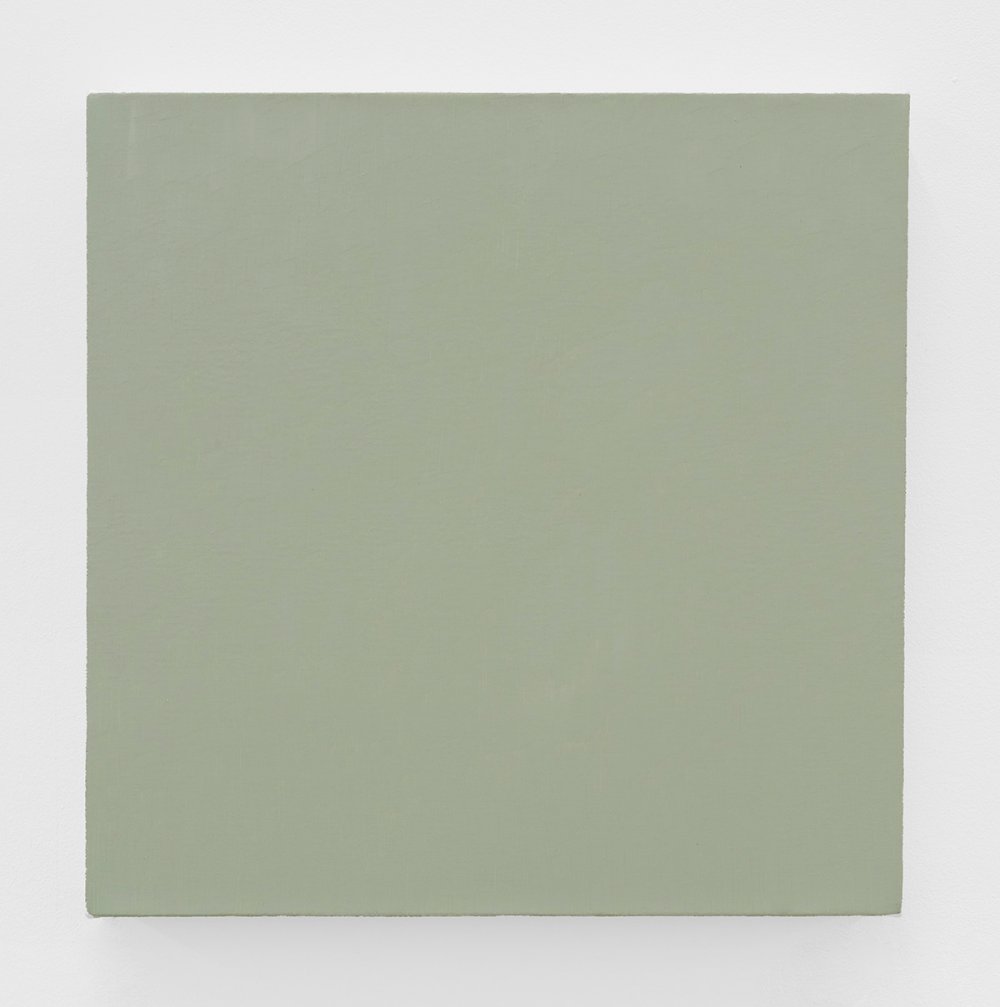 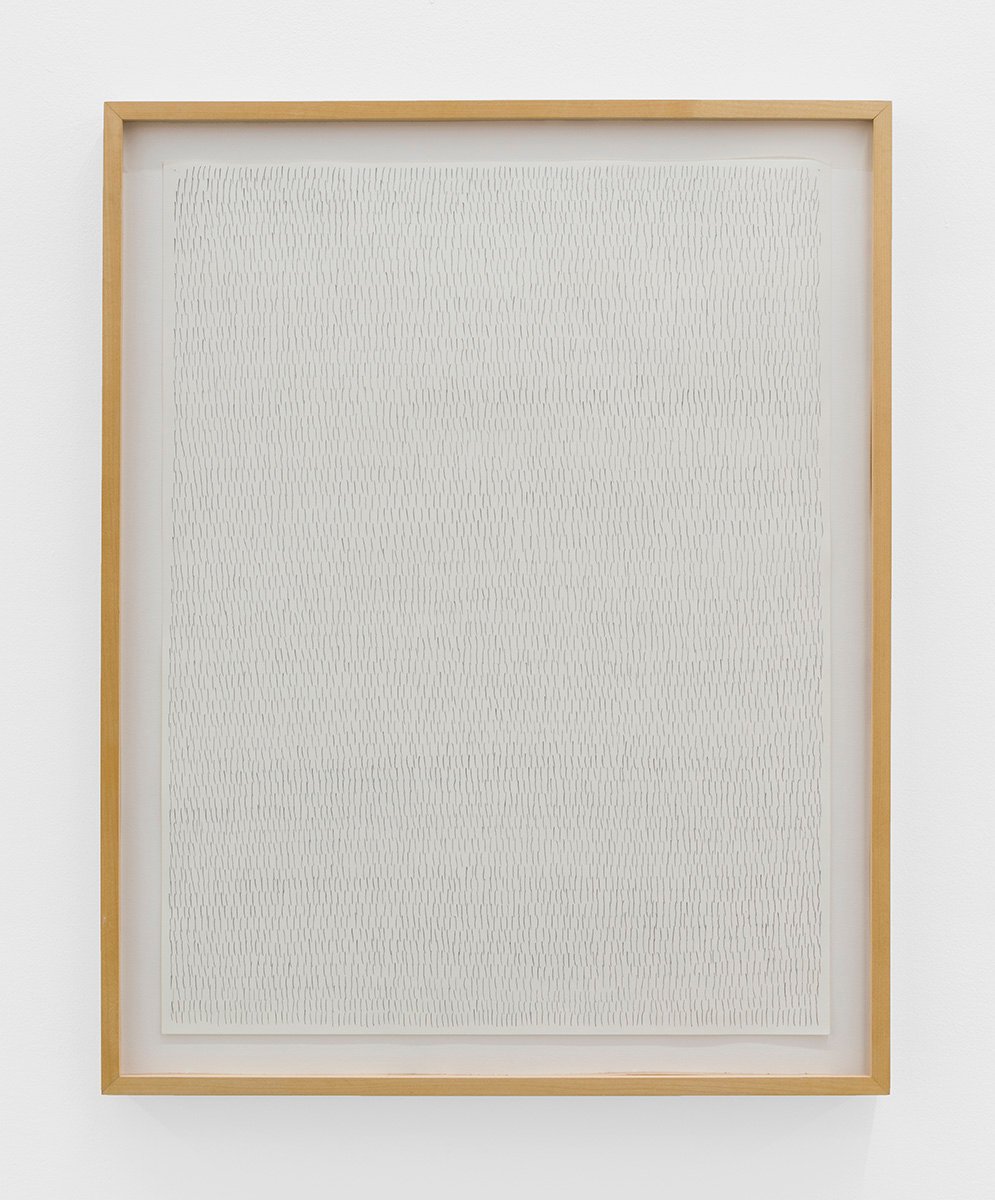 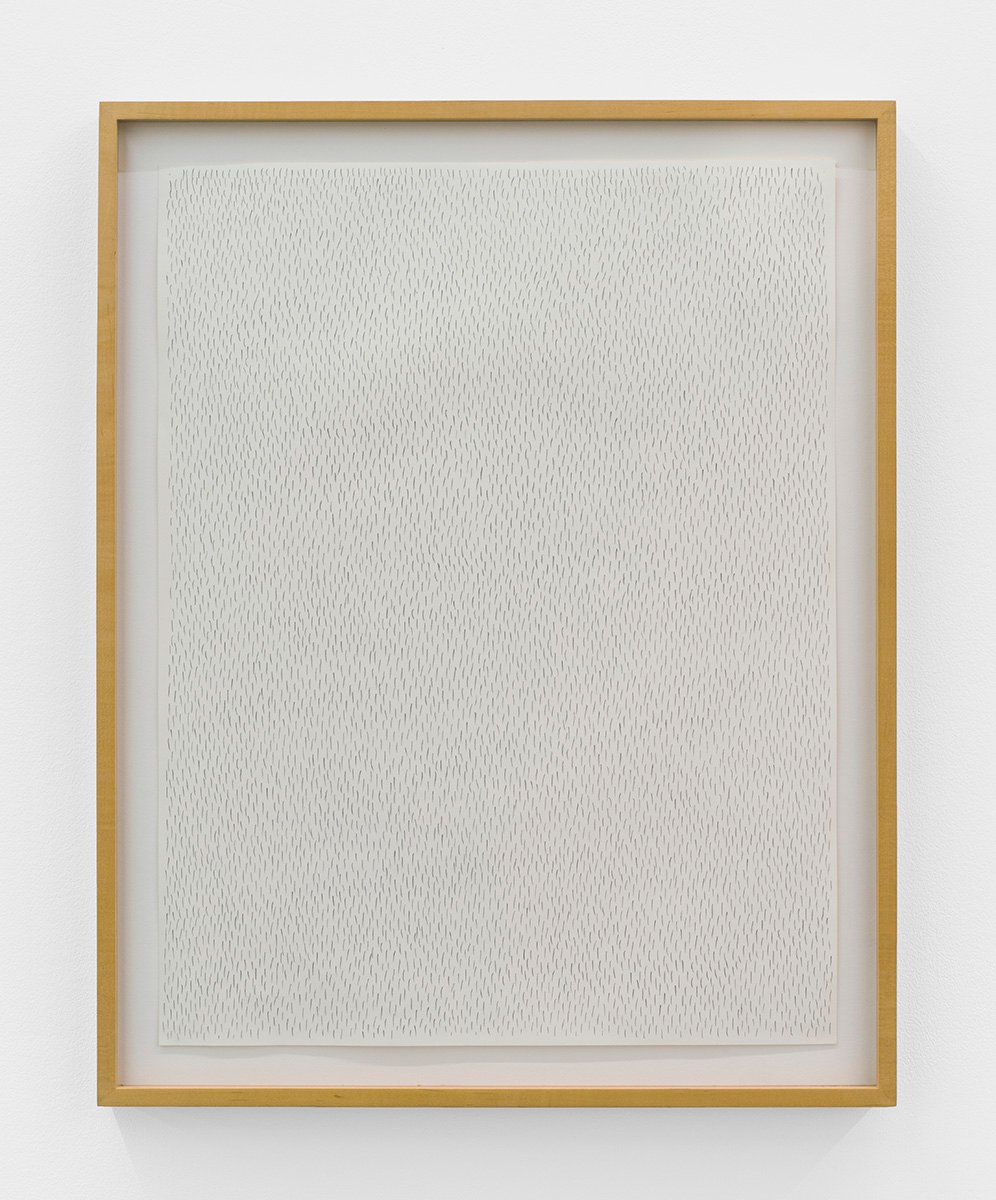 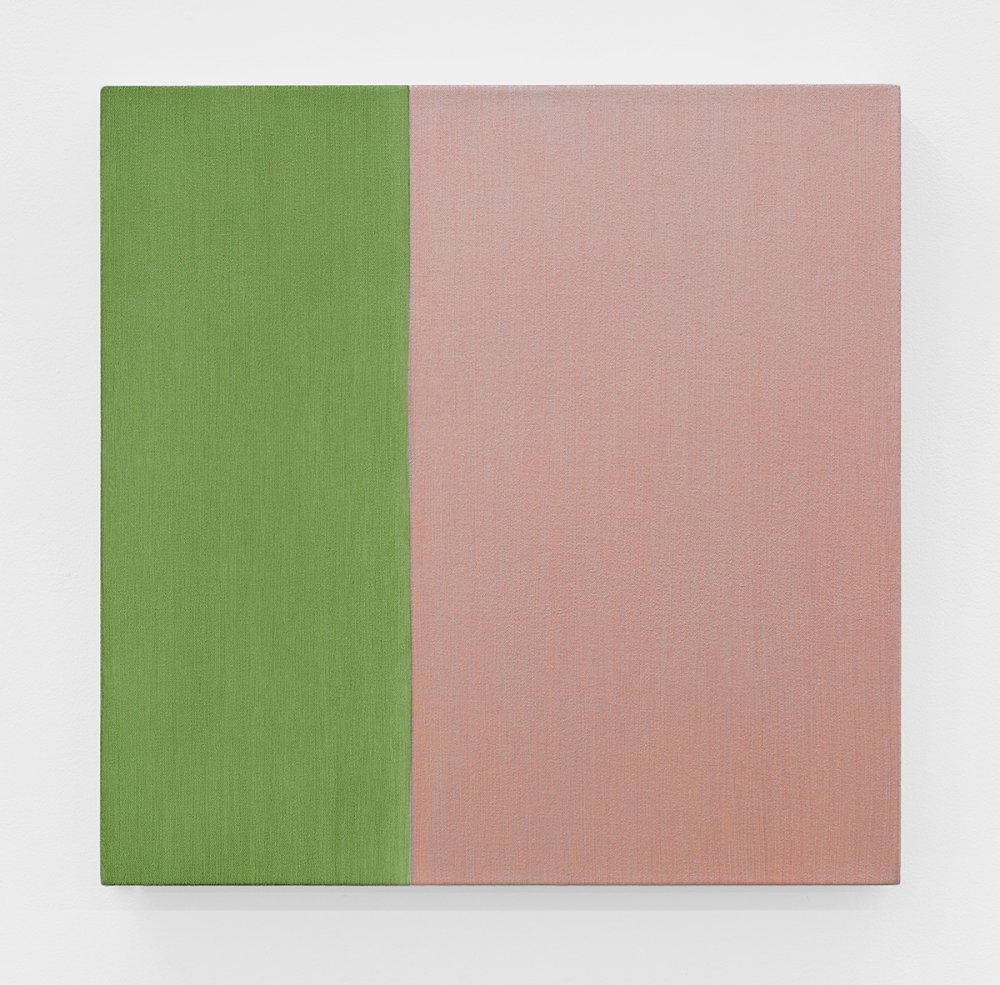 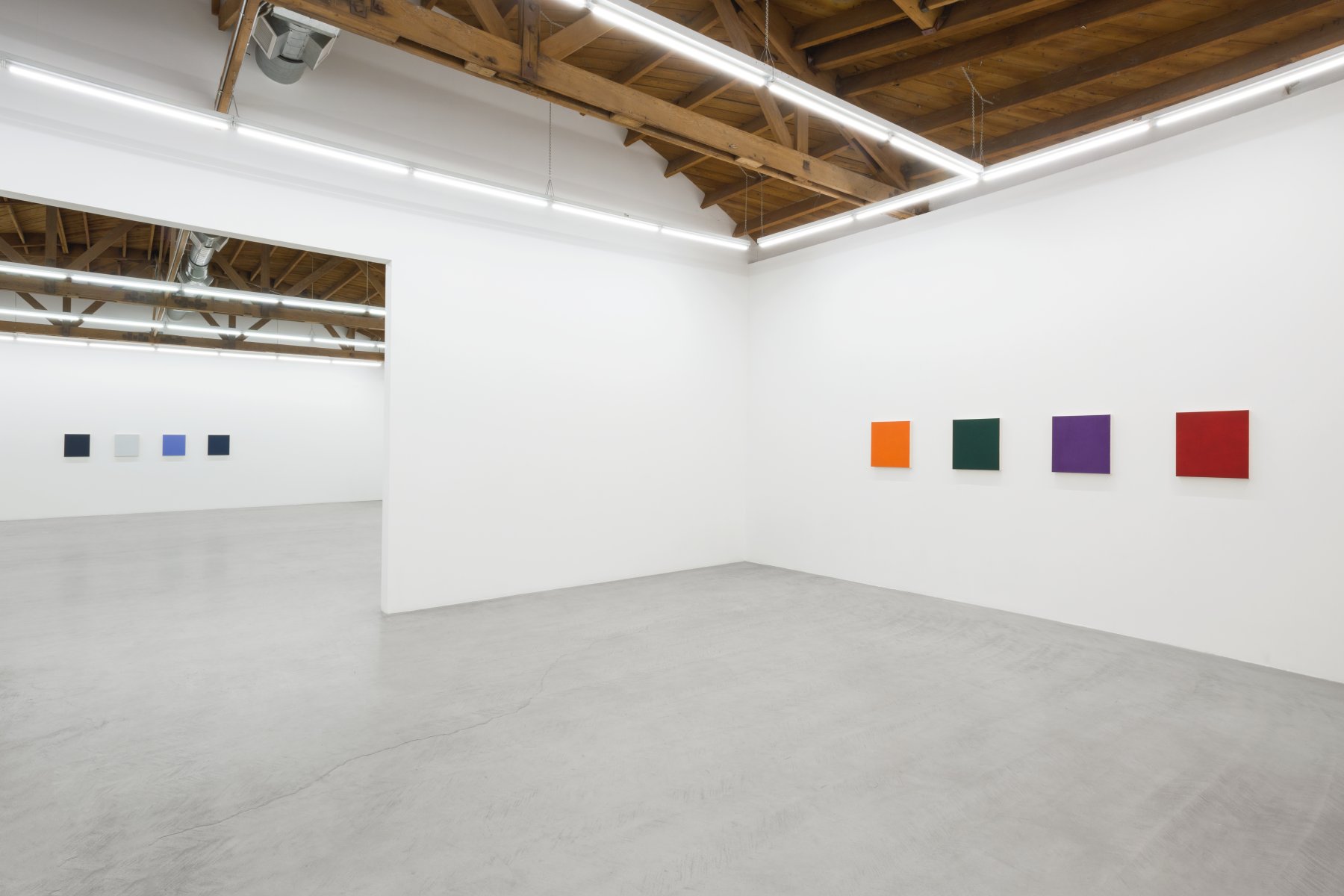 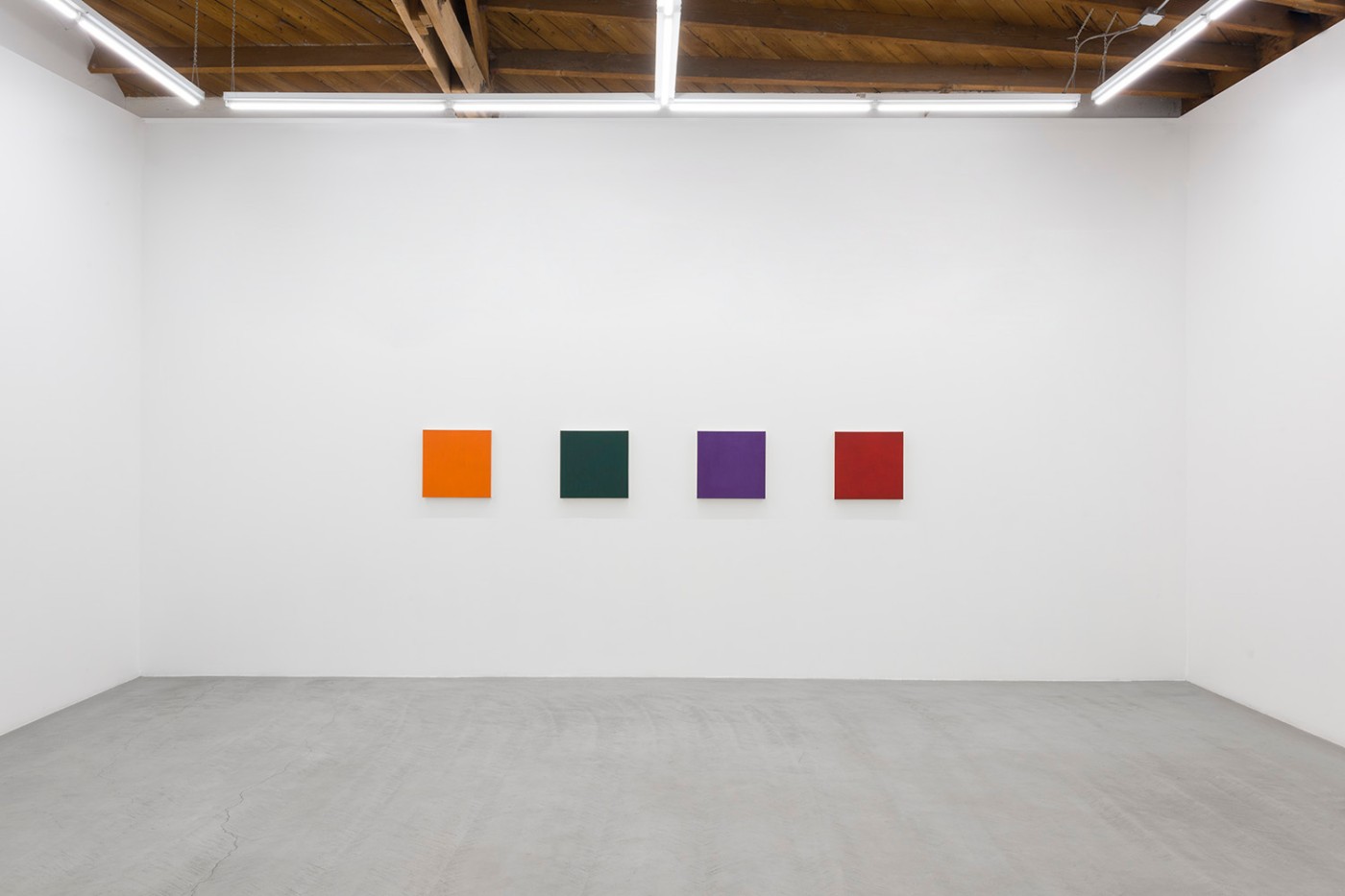 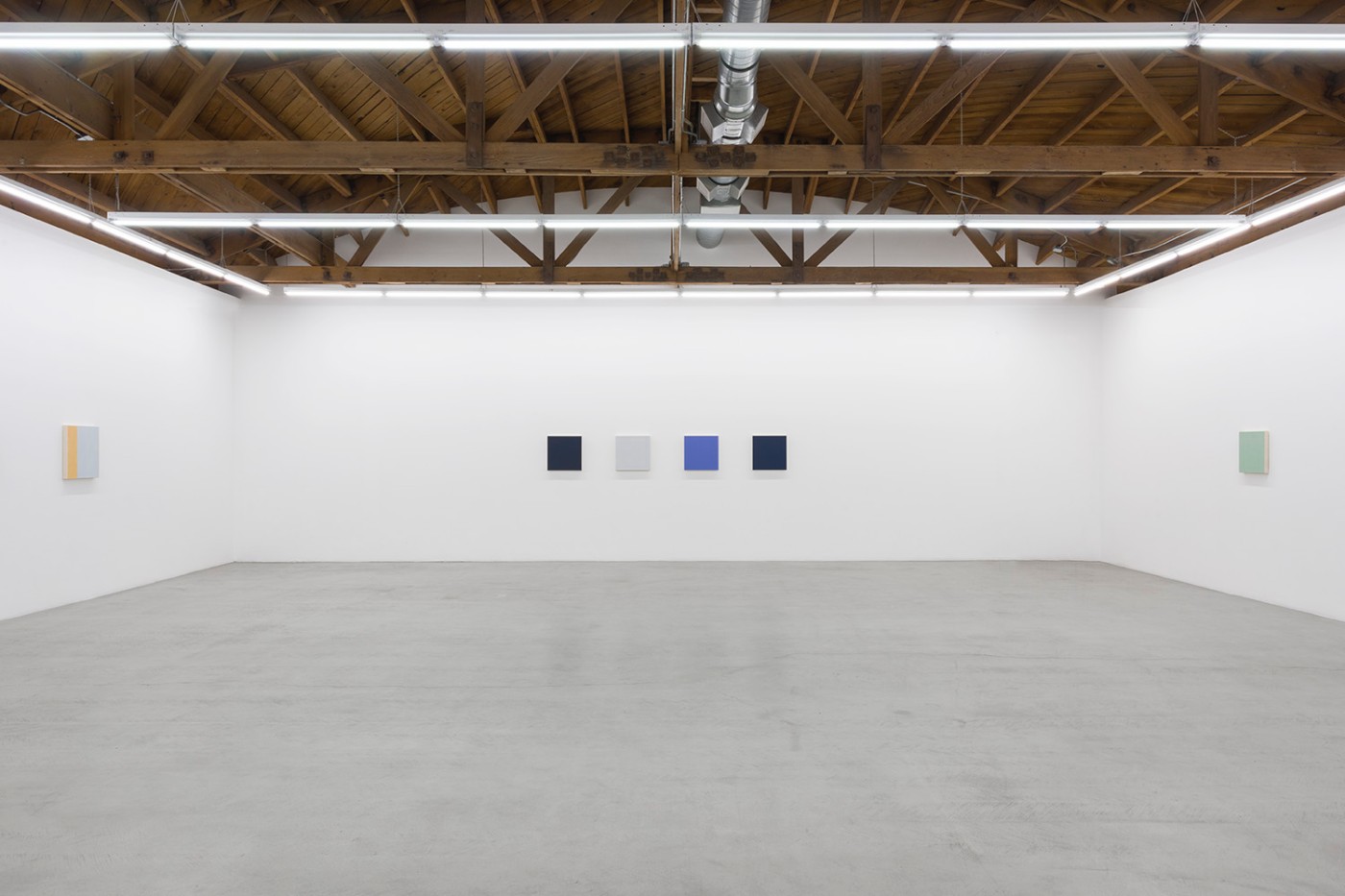 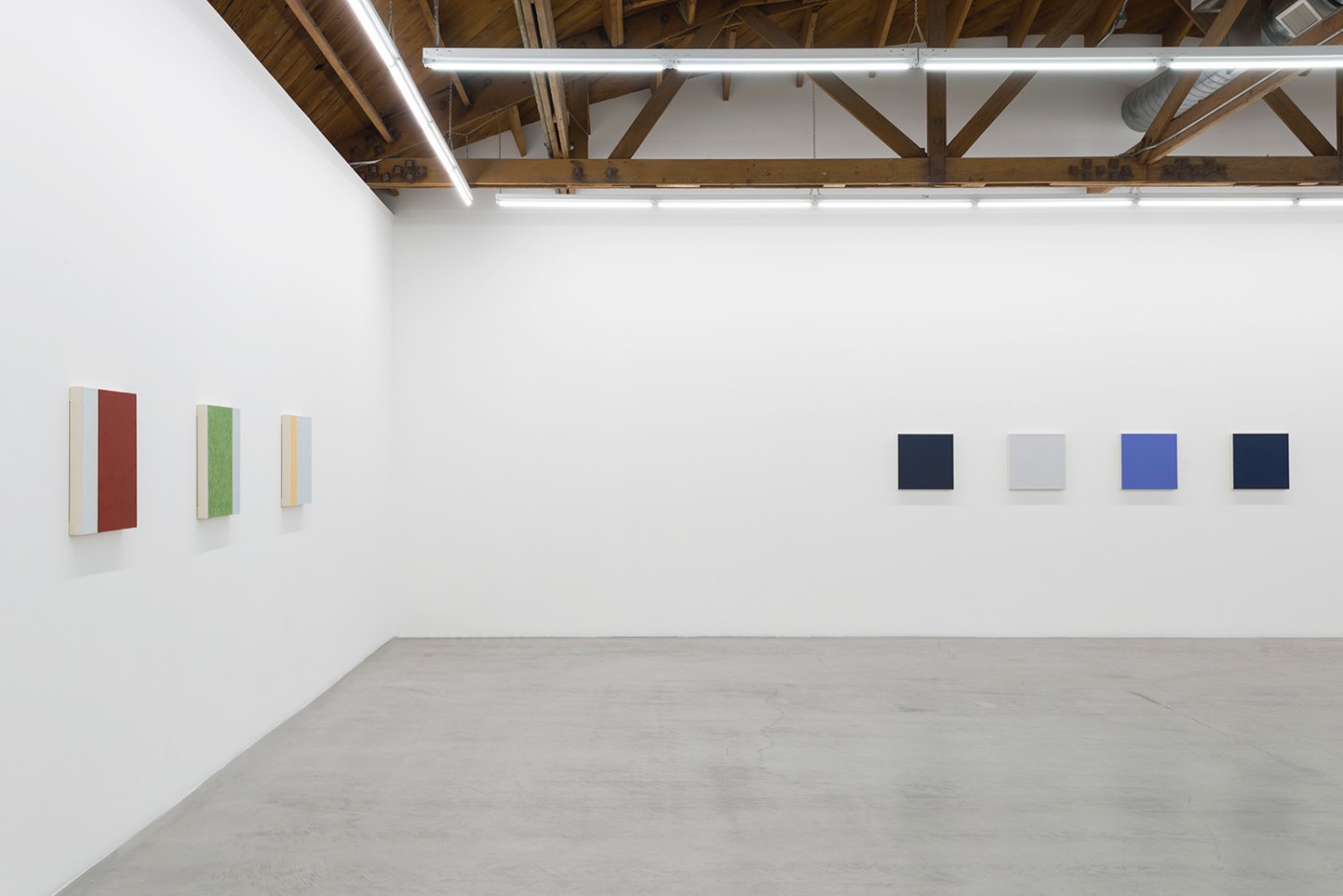 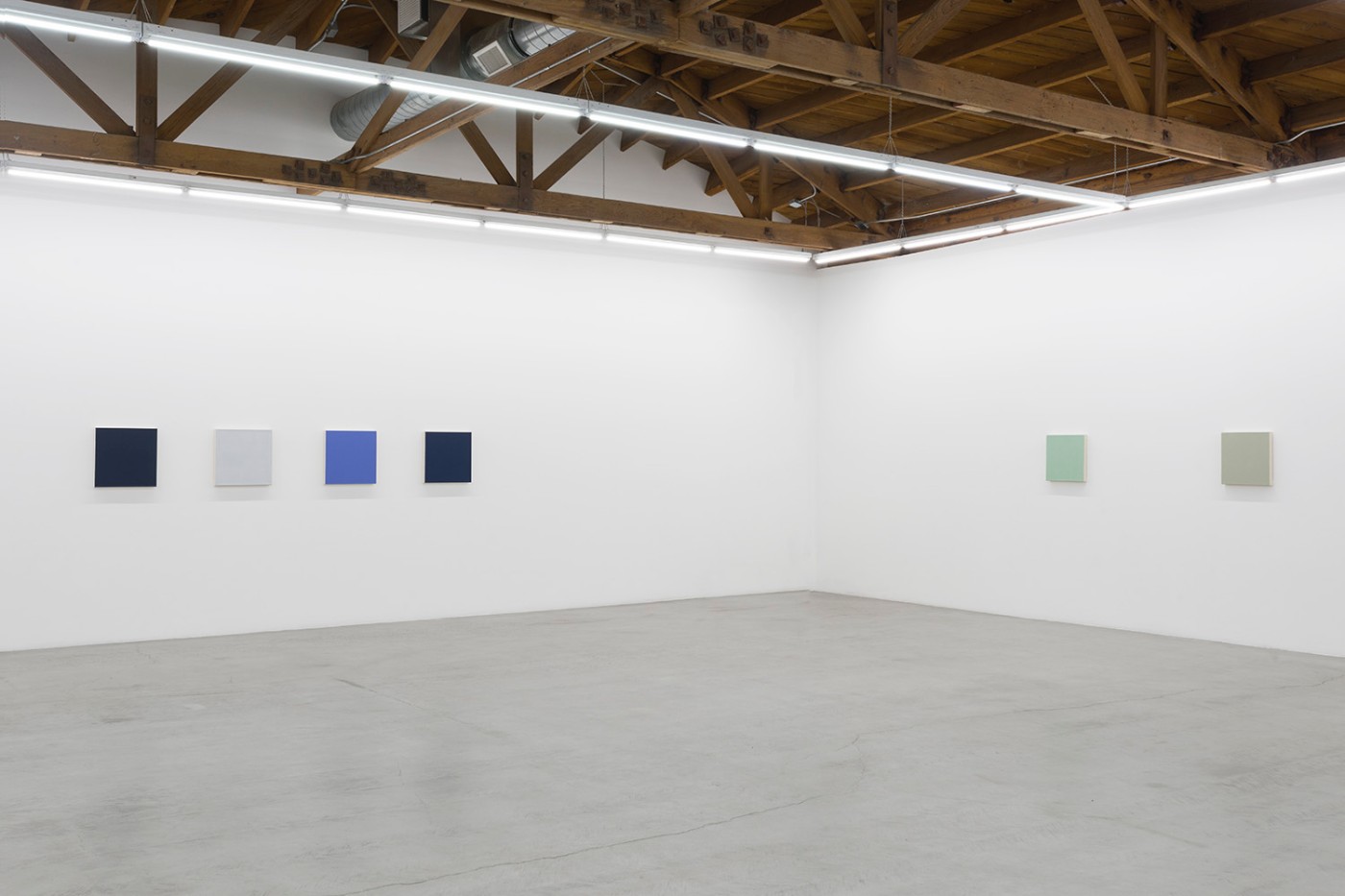 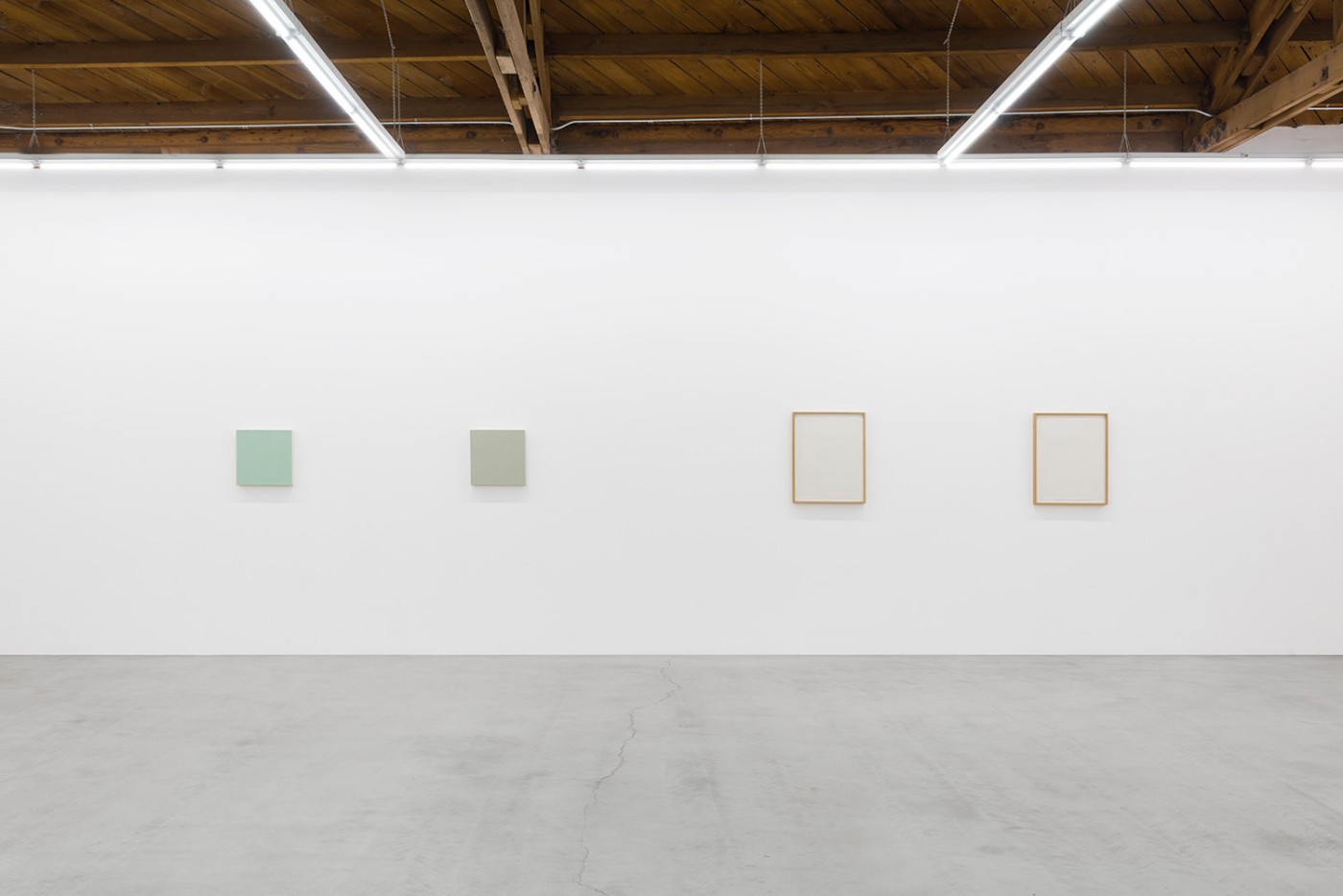 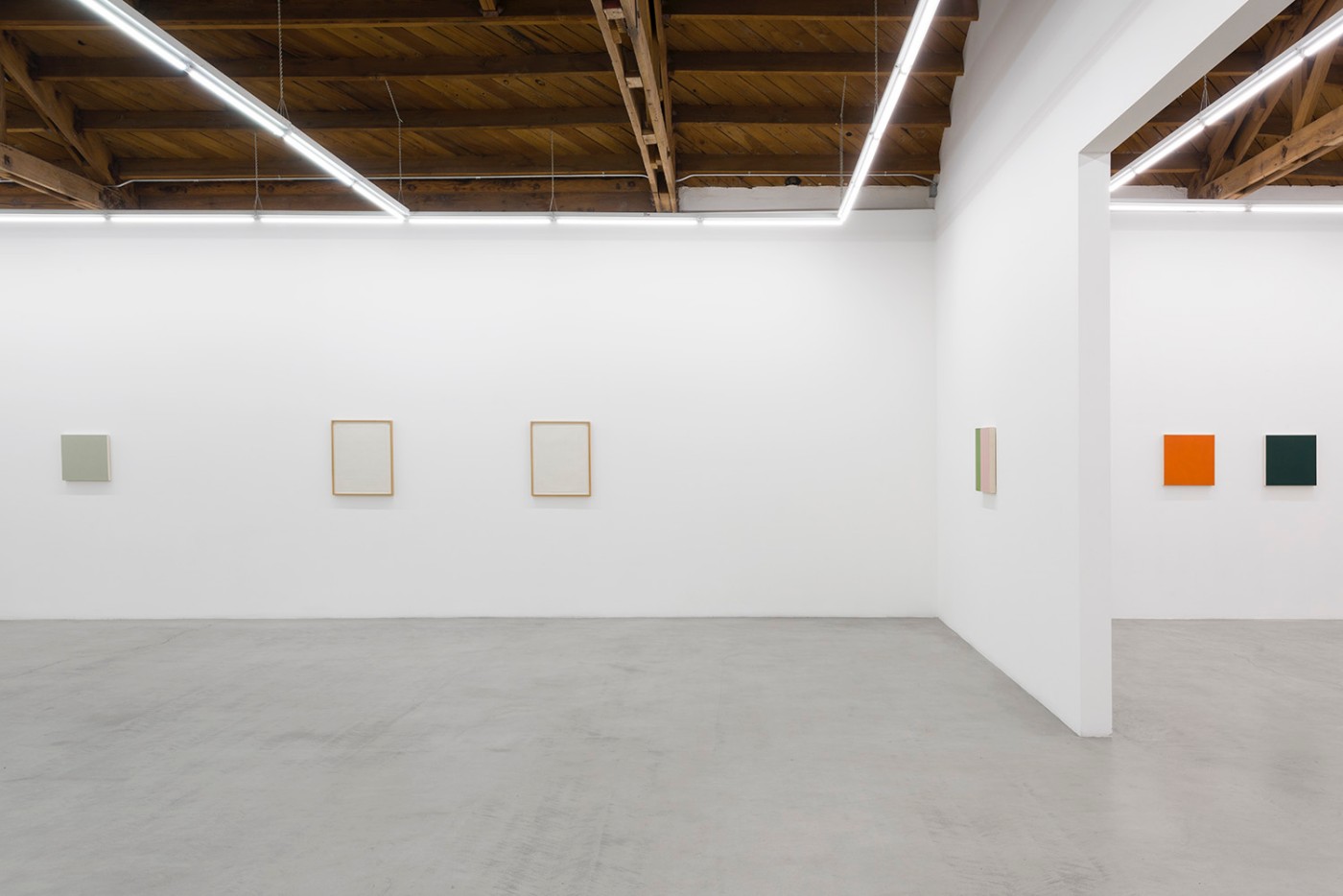 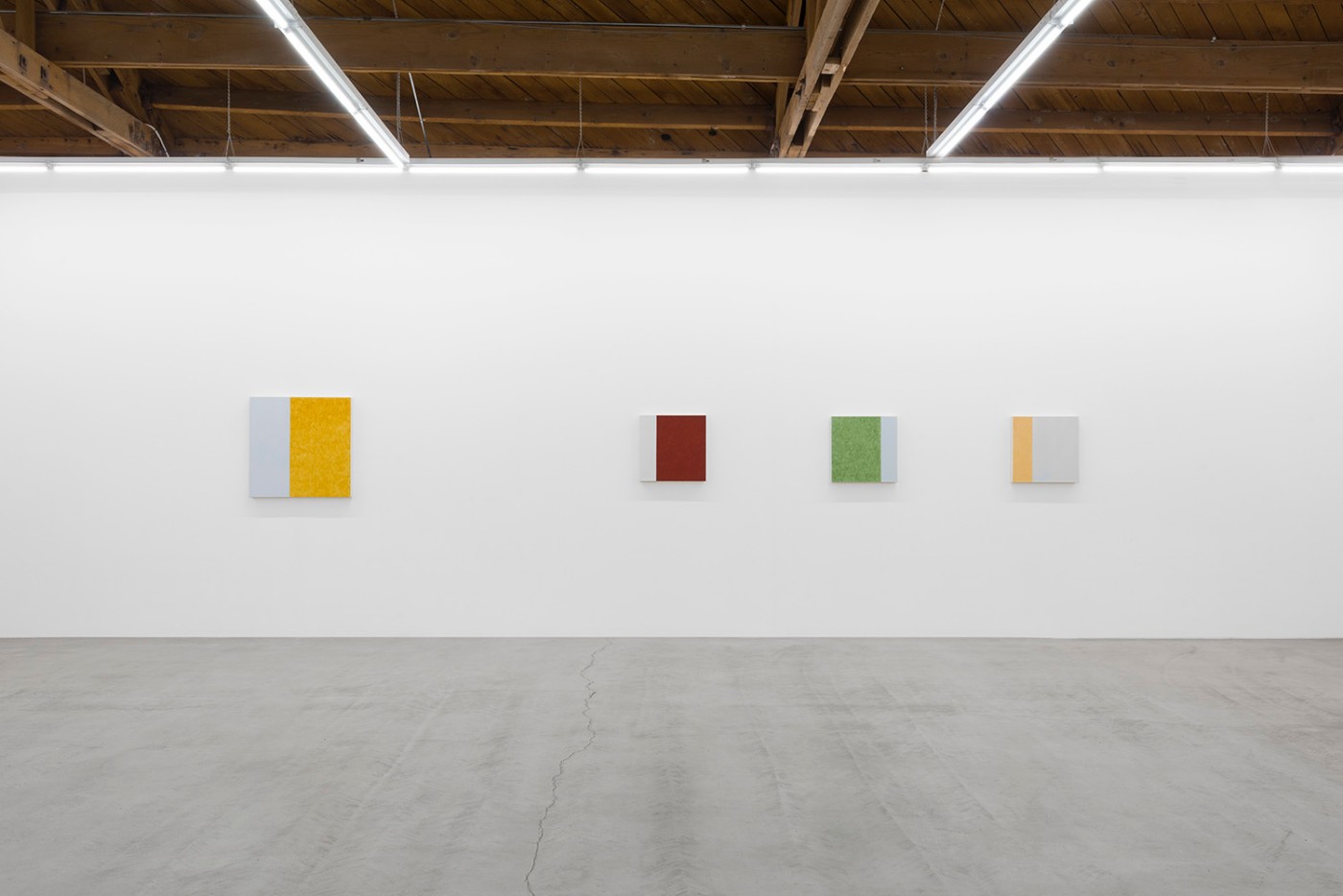 Hafif’s temporal bodily process is in opposition to formal abstraction. Throughout her oeuvre, Hafif’s small, tempera-like vertical strokes and energized reductive forms are a focused meditation on color. Her process marks the duration of time through the amassing of lines that ultimately emerge into forms of continuity.

The artist’s hand is visible in the slight variations of repetitive gestures on the surface of the plane. The imprint of Hafif’s brush pressing against the surface and its subsequent release allows the paint to remain active and intentionally inconsistent, yet still harmonious. She allows the medium and her body to take its natural course, released of any outer force.

Central to Hafif’s practice is her experimentation with pigment, mixing her own paint to create visually intense colors and pairings. The seriality of the work provides regulated experimentation and contrasting juxtaposition to view the difference in tones. The Golden Mean philosophy of “nothing to excess” influenced Hafif as a guide for balance most literally seen in her TGGT and diptych works.

With unhurried control, Hafif painted for the love of color and the nuances that mixing just a touch of pigment can provide. Her earthen hues, derived from observation and experience, as in her Pacific Ocean series, reference the calming elemental effect of ephemeral light. Transplanted as memories infused on canvas, they are an assertion of presence.

Marcia Hafif (b. 1929, Pomona, CA, d. 2018, Laguna Beach, CA) has been widely exhibited since 1964. After graduating from Pomona College in 1951, she planned a year-long trip to Florence in 1961. Hafif settled in Rome, where she remained for almost eight years, painting and exhibiting work she called “Pop-Minimal.” Returning to California in 1969, she briefly left painting to experiment with film, photography, and sound installation. Hafif completed her MFA at the University of California, Irvine while working as a teaching assistant for Craig Kauffman. In 1971, Hafif moved to New York City to search out a return to painting at a time when its survival was in doubt. On the morning of January 1,1972 Hafif made her first “pencil on paper” drawing. Using short vertical marks, she covered from top to bottom a 24 x 18 inch sheet of drawing paper. This bodily method was later used in the development of her “color study” paintings. Between 1974 -1981 she exhibited with Sonnabend Gallery in Soho and Paris showing her serial works: The Inventory, 1974, Mass Tone Paintings; 1975, Wall Paintings; 1976, Pencil Drawings; 1978, Neutral Mix Paintings; 1979, Broken Color Paintings presented at The Clocktower with Alanna Heiss; and 1981, Black Paintings.