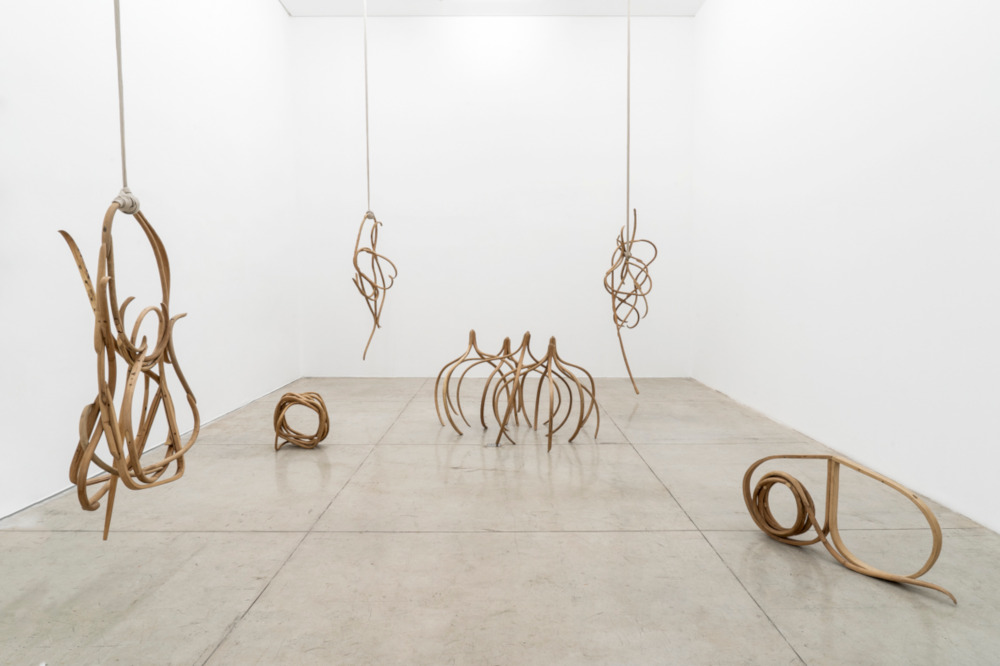 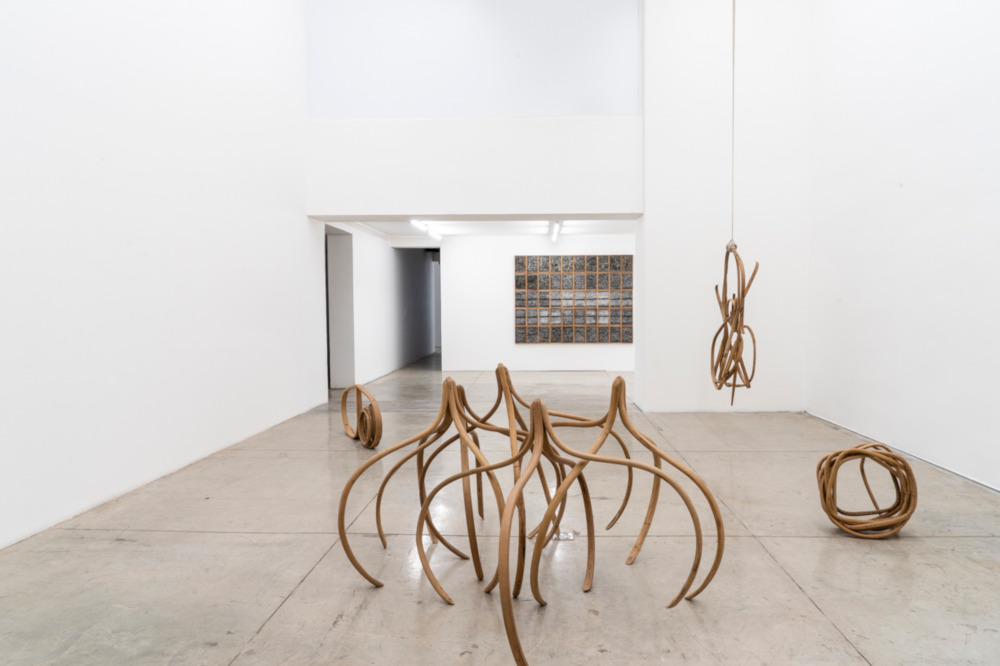 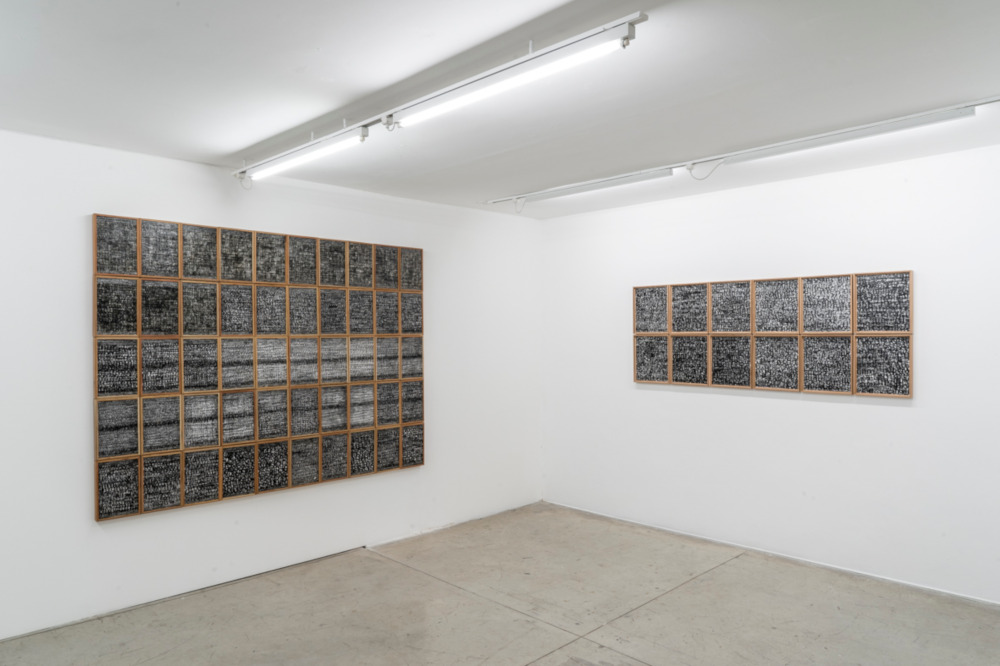 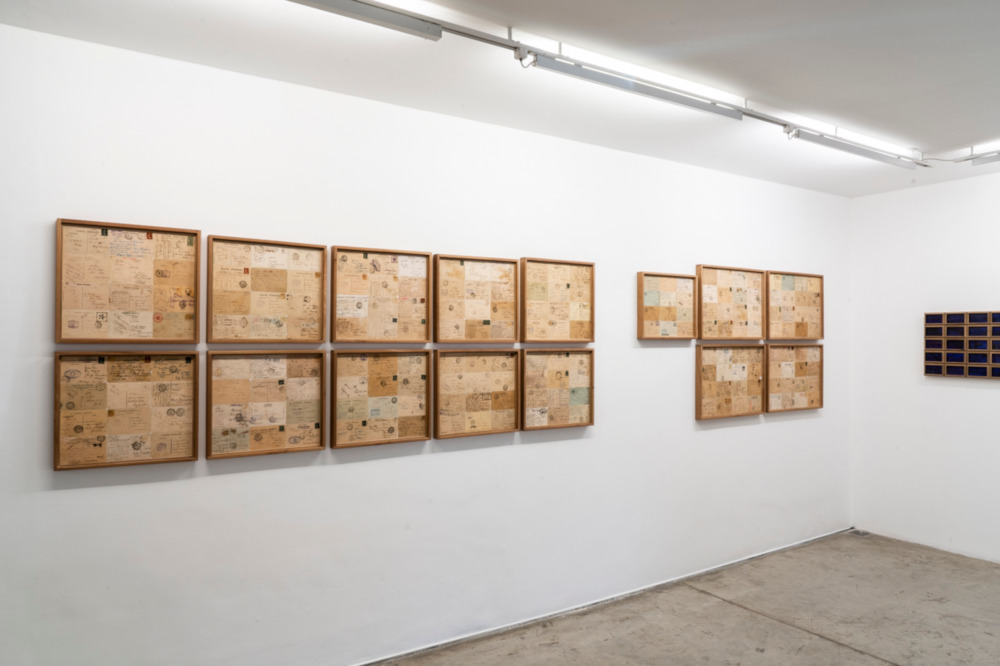 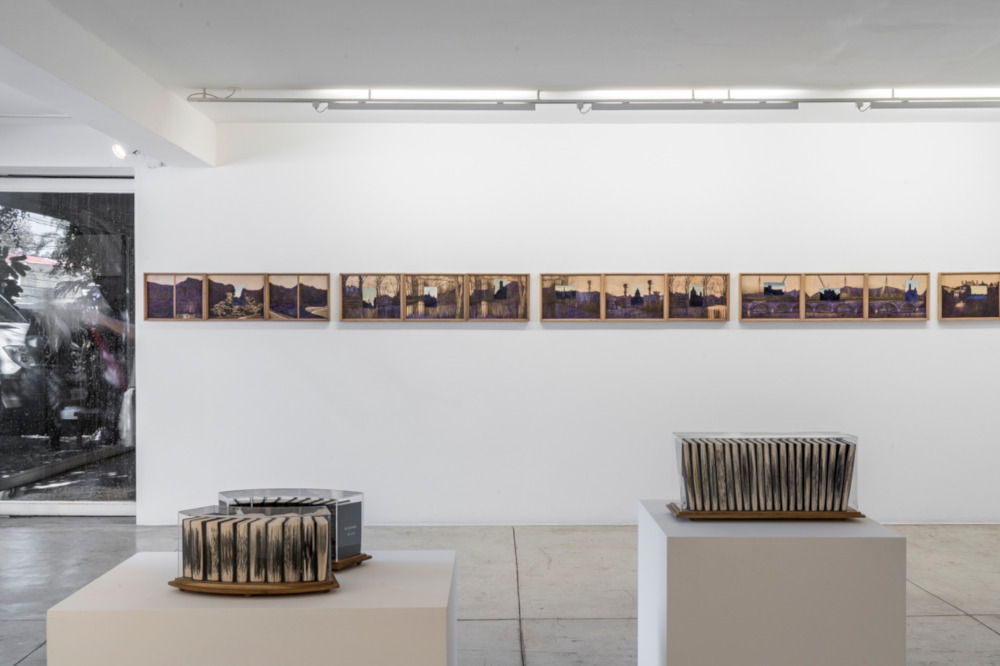 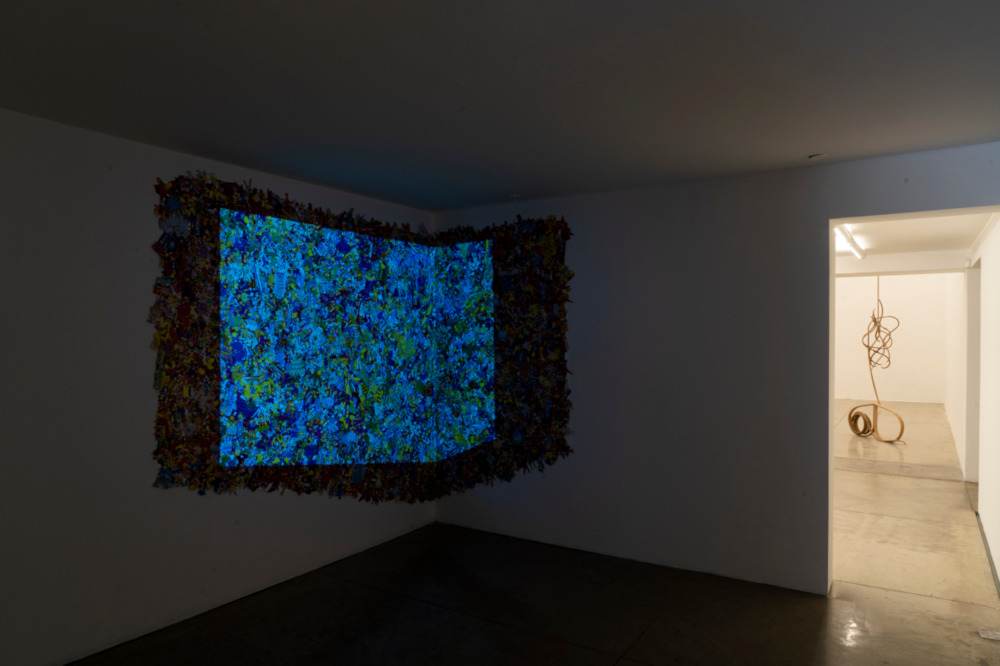 With a watchful eye, Marcelo Silveira searches for most of the raw material of his works in the city of Recife, choosing objects that, according to the curator of the show “gradually abandon the useless rest of the discard they suffered and start provoking the artist”.

post cards
Centenary postcards found by the artist in a thrift store originate the series Irene, a name that refers not only to a Caetano Veloso song with the same name, but also to the recipient of the postcards, that received them in three addresses in Recife, between 1910 and 1920: at streets Rua da Alegria, Rua da Glória and Rua do Aragão. These addresses today, according to the artist, “are streets that the city forgot”.

And it is through the questioning of how to give relevance to the memory of these places that the artist develops the series, intervening with ballpoint pen on the postcards or with stamps over their verses. Together, in a kind of frame, the postcards create fictitious landscapes or resemble an architectural coating.

compactos com pacto [compacts with pact]
Made of pieces of chairs, the series Compacto com pacto [Compact with pact] is intended to make the visitor identify the possibilities of the object in space and the spatial dispute between the piece and who moves around it. What used to be a chair now returns to space occupying it with a graphical movement – lines that intertwine, converse and interrupt themselves.

According to the artist, the series speaks of the need to establish pacts. “What motivated me in the creation of this work was the pact, the possibility of establishing dialogues and building something that is not done alone,” explains Marcelo.

camaleão [chameleon]
The Camaleão [chameleon] installation is a work composed of pieces of colored paper – more precisely, the packaging of the rulers used by the artist in the production of the series Caleidoscópio [kaleidoscope]. Together, the cutouts resemble a painting when a projection of light strikes it. The stability of the ‘painting’ is broken when one color of light projects over a surface in a different color, turning it into another color. The work allows us to reflect on the illusion one has about things and beings – and their impermanence.

artist’s books
The exhibition also includes works from the series O Desenho da Casa [the drawing of the house], Modernas [modern] e Muito pelo contrario [quite on the contrary], in which the artist, in an approaching operation, intervenes with simple drawings directly on the pages of books donated by Casa do Desenho, in Porto Alegre, after its closure. “The viewer’s imagination is activated by visible titles and names, some known, some not. Most groups consist of small collections of related books or encyclopedias and dictionaries. The investigative procedure and the act of collecting are recurrent in the artist’s production”, adds Daniel Rangel.

acumaé
Acumaé, according to the artist, is a simple and regional expression to ask the price of things. It also gives name to the series of sound objects made out of wood that were designed by the artist to establish seams and create a larger project that goes beyond the piece of wood itself. During the opening, the artist and the curator of the show, Daniel Rangel, will promote a kind of procession through the gallery, packed by the fusion of sounds of different intensities, generated by beats with hands on the sound objects and the singing chanted by the participants of the courtship.

With a diversity of techniques and dynamics, Marcelo Silveira invites the public to enter this space which gives new meaning to time and things and, in the words of the curator, “offers us his sensitivity as a key to question our relationship with objects and people who surround us.”

Marcelo Silveira is recognized for his work in sculpture and installation, also including other supports, such as drawing, collage, and artist books. Based on notions of production, appropriation and accumulation, the artist develops works which question the nature of the materials, also presenting an approach on artisan practices. His work has been presented at important biennials, such as: 35th Panorama da Arte Brasileira, Museu de Arte Moderna de São Paulo (MAM-SP), São Paulo, Brazil (2017); 10th and 5th editions of the Bienal do Mercosul, Porto Alegre, Brazil (2015 and 2005); 29th Bienal de São Paulo, Brazil (2010); among others.