I’m always looking for processes and techniques that are completely anachronistic. I love recontextualizing these things in a modern time.
—Marc Newson 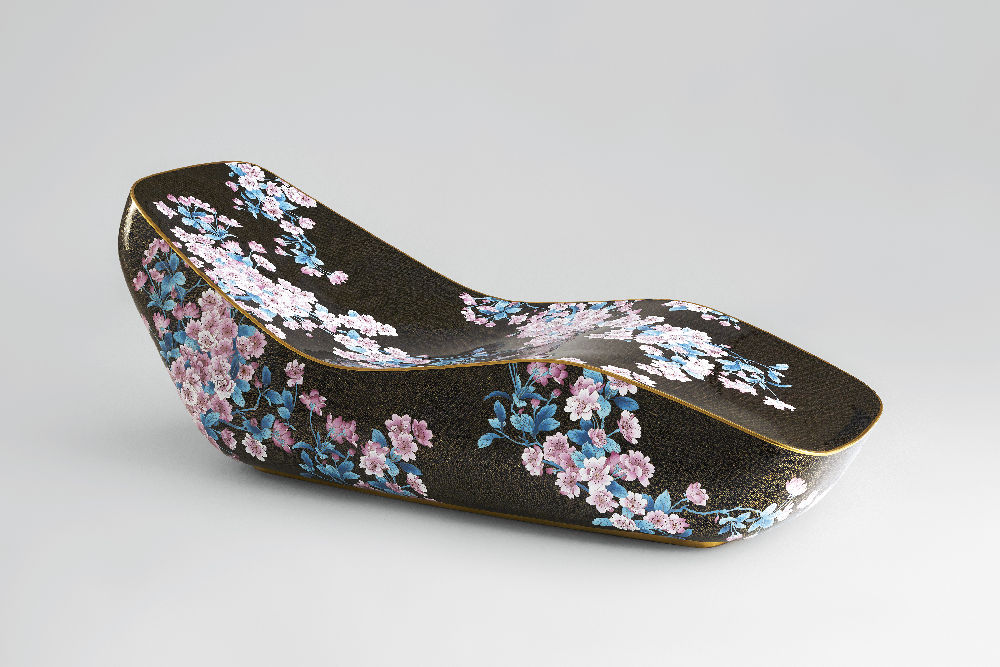 From the outset of his singular career, Newson has pursued parallel activities in limited and mass production of functional design objects. With inspirations ranging from popular culture to traditional crafts from around the world, he approaches design as both an exploratory technical exercise and a process of conceptual, aesthetic, and physical refinement. Employing sculptural principles to address issues of efficiency, luxury, and use value, Newson has produced a broad array of highly crafted objects—watches, footwear, luggage, furniture, transport—upholding the principle that engineering and aesthetics are inseparable.

Revisiting his roots as a jeweler and silversmith, in this exhibition Newson explores increasingly rare decorative processes at an unconventionally large, even unprecedented, scale. He has long been drawn to the streamlined, simple beauty of Asian art and design: from his Aikuchi swords made in the renowned Tōhoku region of Japan to, most recently, his furniture created using the ancient technique of Chinese cloisonné—an enameling technique that originated in the eastern Mediterranean more than three thousand years ago and spread to China around the fourteenth century.

Although this intricate process is typically used for jewelry, figurines, and vases, Newson oversaw the construction of a massive new kiln in a cloisonné factory outside Beijing that would allow for multiple firings of desks, chairs, and lounges. Blurring the boundaries between sculpture, furniture, and the decorative arts, the resulting works are like jewels expanded to the full scale of the body. They feature Newson’s signature “orgone” pattern, as well as interpretations of traditional Chinese floral motifs, such as large magnolias on a white ground, or cherry blossom branches set against opaque black enamel.

The exhibition also includes a selection of Newson’s cast glass chairs. Made in the Czech Republic, these are continuous symmetrical forms comprised of two hollow quarter-spheres. The boldly colored upper halves rest on clear bases, which absorb some of the reflected hues in their clouded interiors, an effect that subtly changes depending on the vantage point. Because both glass and enamel are extremely precarious materials, Newson’s new furniture defies physical odds, necessitating years of experimentation and refinement. However, despite the intensive labor and research involved, the works appear as seamless, polished units—simple forms carrying complex histories of labor, craft, and beauty.