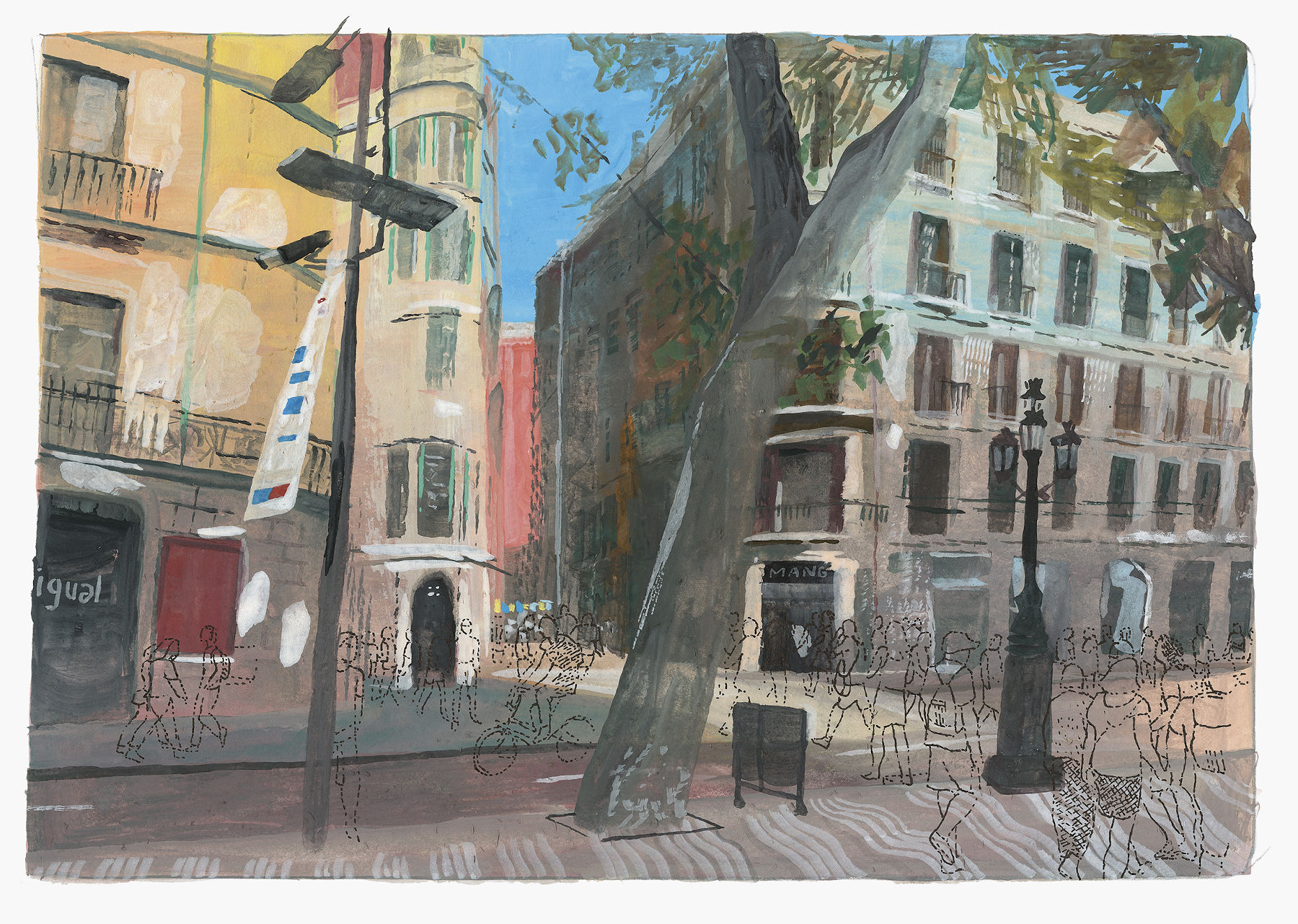 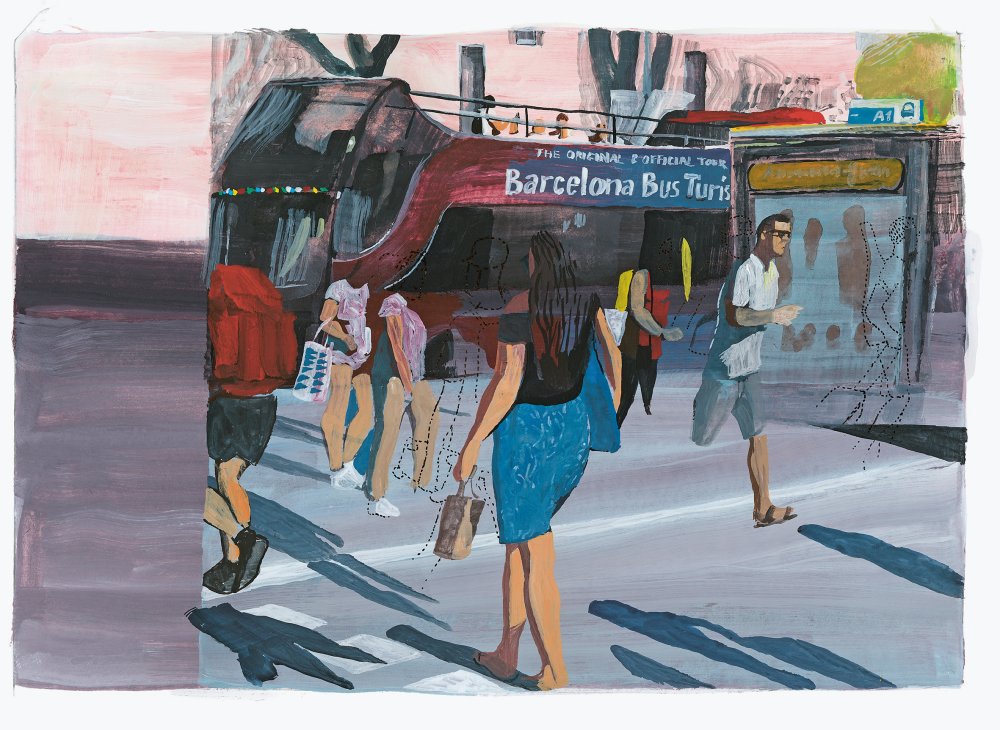 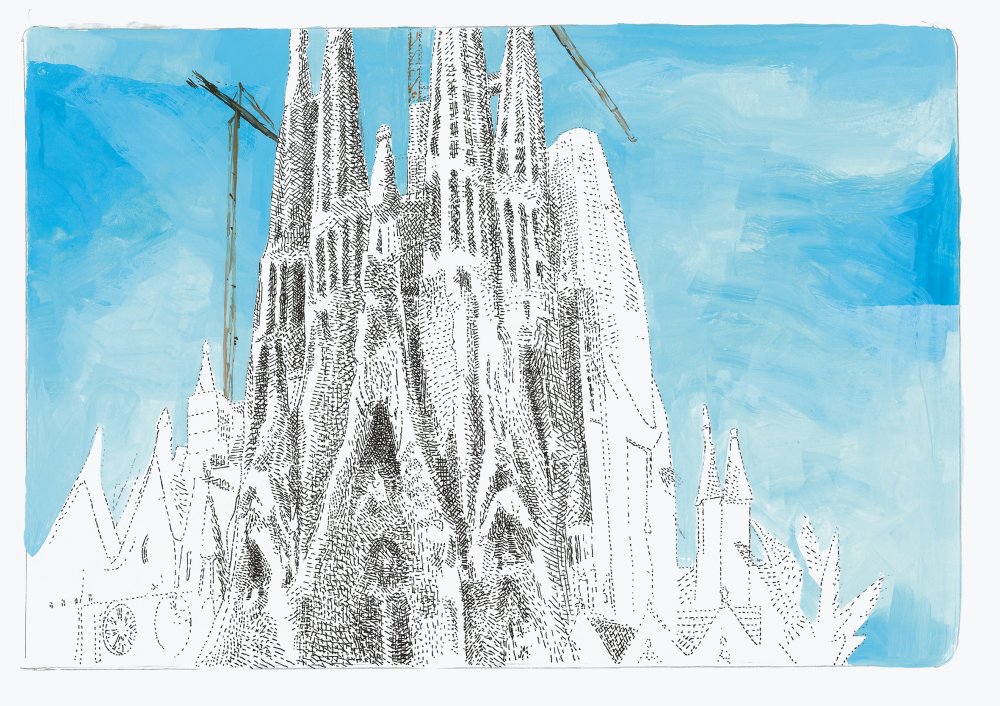 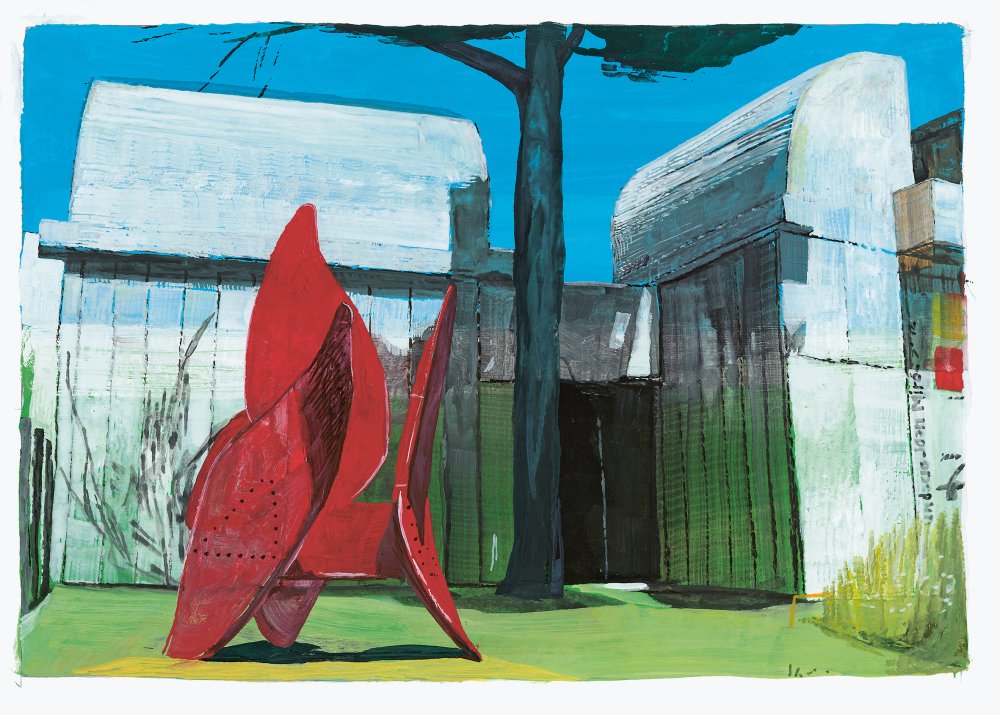 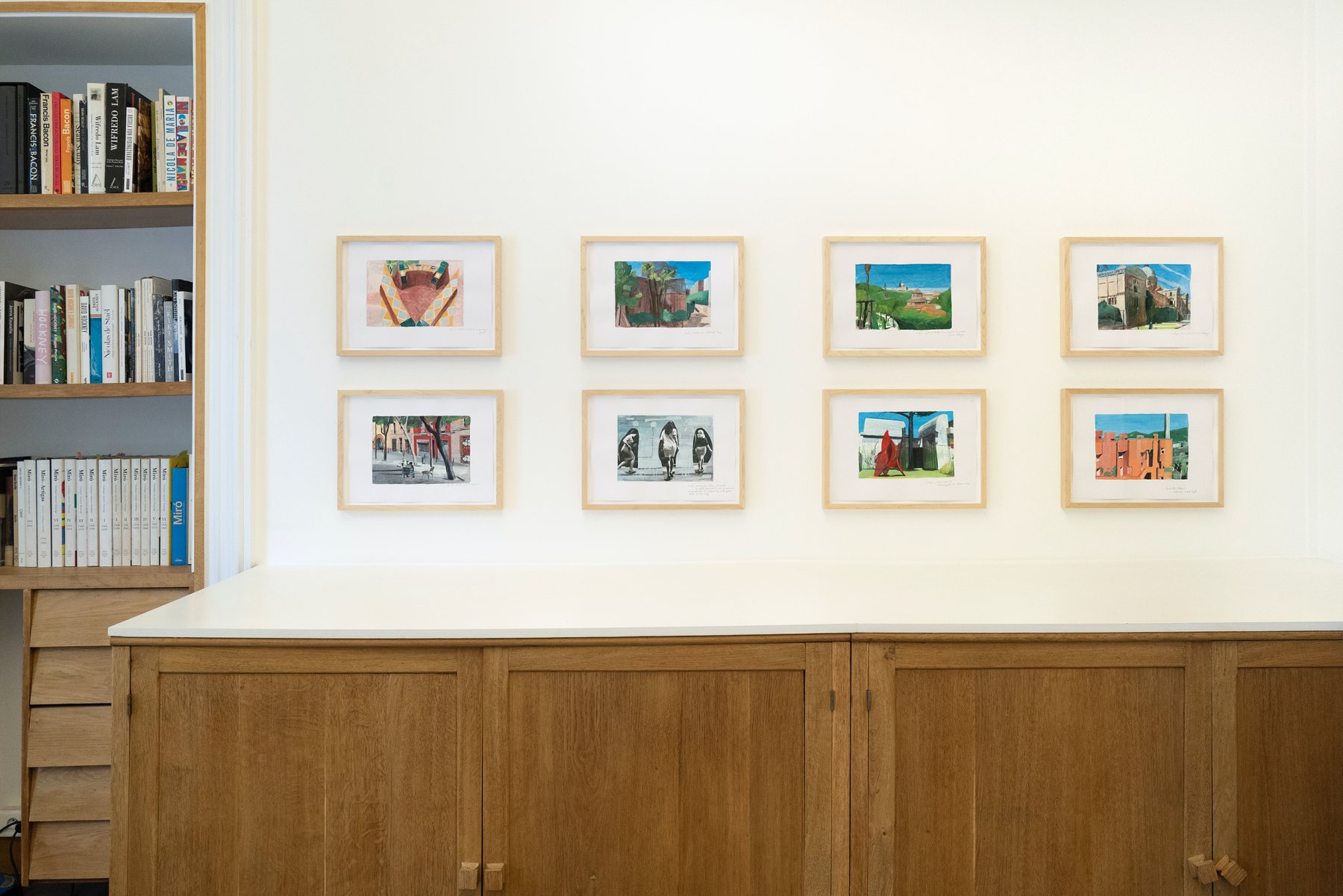 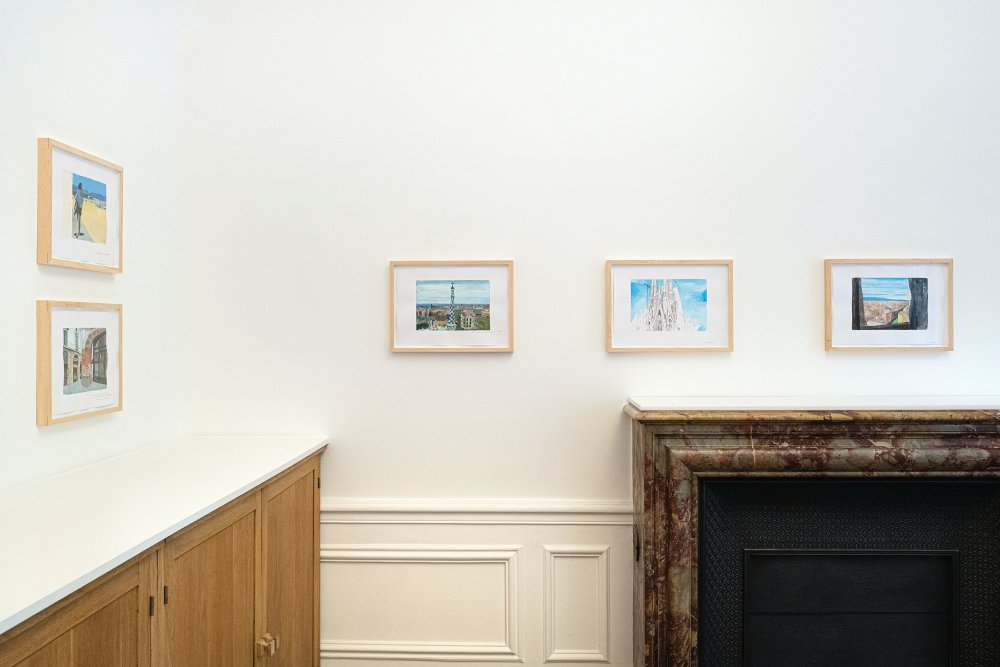 Marc Desgrandchamps, born in 1960, studied at the Fine Arts Academy of Paris. In the 90s he breaks free from the opposition between figurative and abstract art characteristic of the great majority of XXth century pictorial narratives.

For although his work is figurative, the artist refuses to name it as such. His works are not nudes, not landscapes, nor still-life studies: they transcend categories. They play with the interpenetration of forms and subject, solely underscoring the ambiguity of time and space. Scenes play out against the depth of the painting, time is suspended and references to painting, photography and films run through his work.

When Marc Desgranchamps was commissioned by its publisher for the Louis Vuitton Travel Book collection, he chose Barcelona. He wandered throughout the city, absorbing its atmosphere, grasping its landscape and scenery, using his camera to capture some details. Then, once back in his studio, he used these memories, sometimes blending them in with his photographic elements, thereby realising a sensitive itinerary of Barcelona through 120 drawings, distributed by city sectors: Gotic, Eixample, Raval, Montjuic,..

This articulation will be respected in the exhibitions which will be presented at the Gallery: the first one as of June 18th, date of the travel book’s publishing, the second one as of September 9th.