Taka Ishii Gallery is pleased to present an exhibition by Makoto Saito, “Visible, Invisible. Face Landscape 2021”. This is Saito’s first solo exhibition with the gallery, and is composed of four new large-scale works (215 x 163 cm) and a several small works (70 x 54 cm) from the artist’s “Face Landscape” painting series. 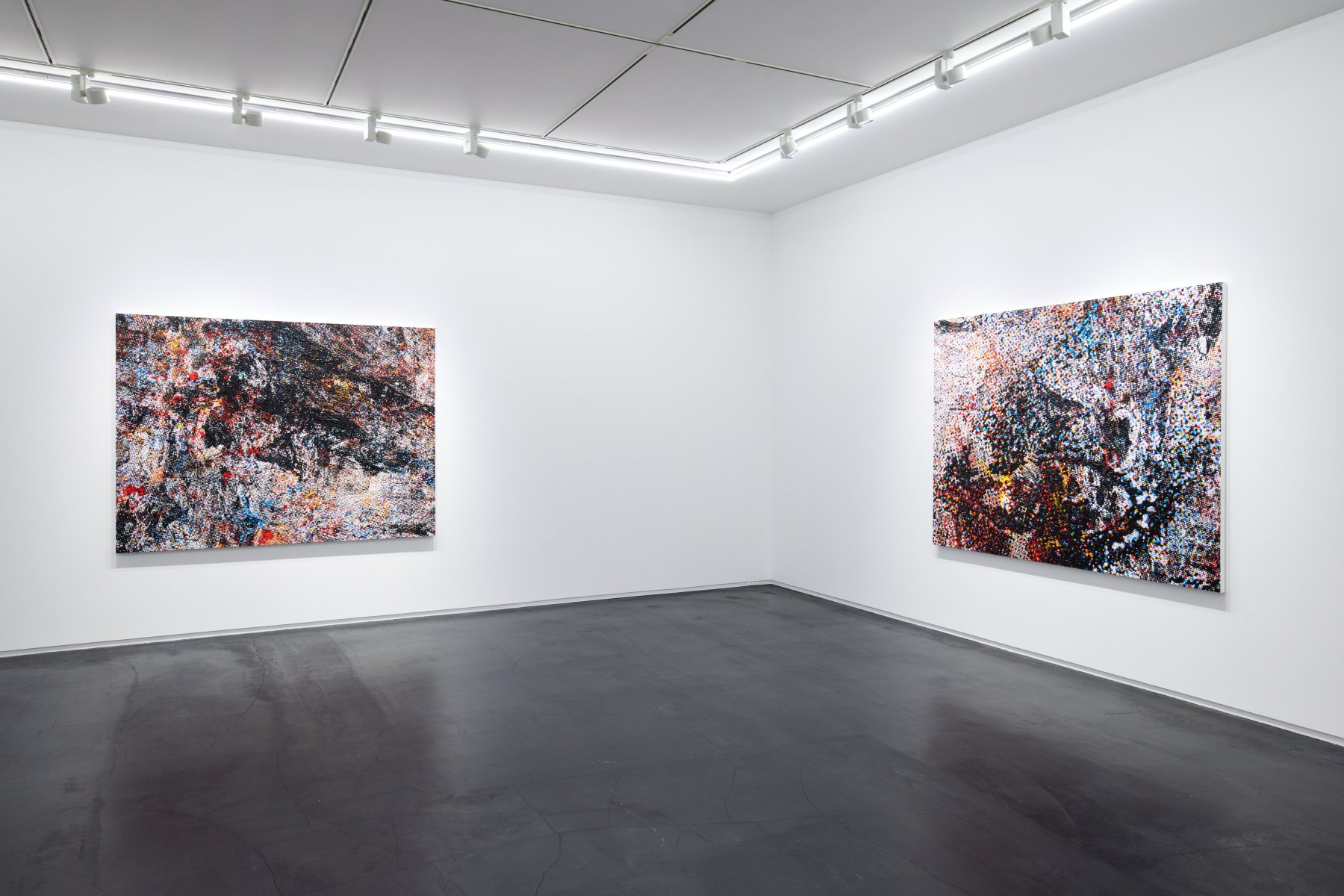 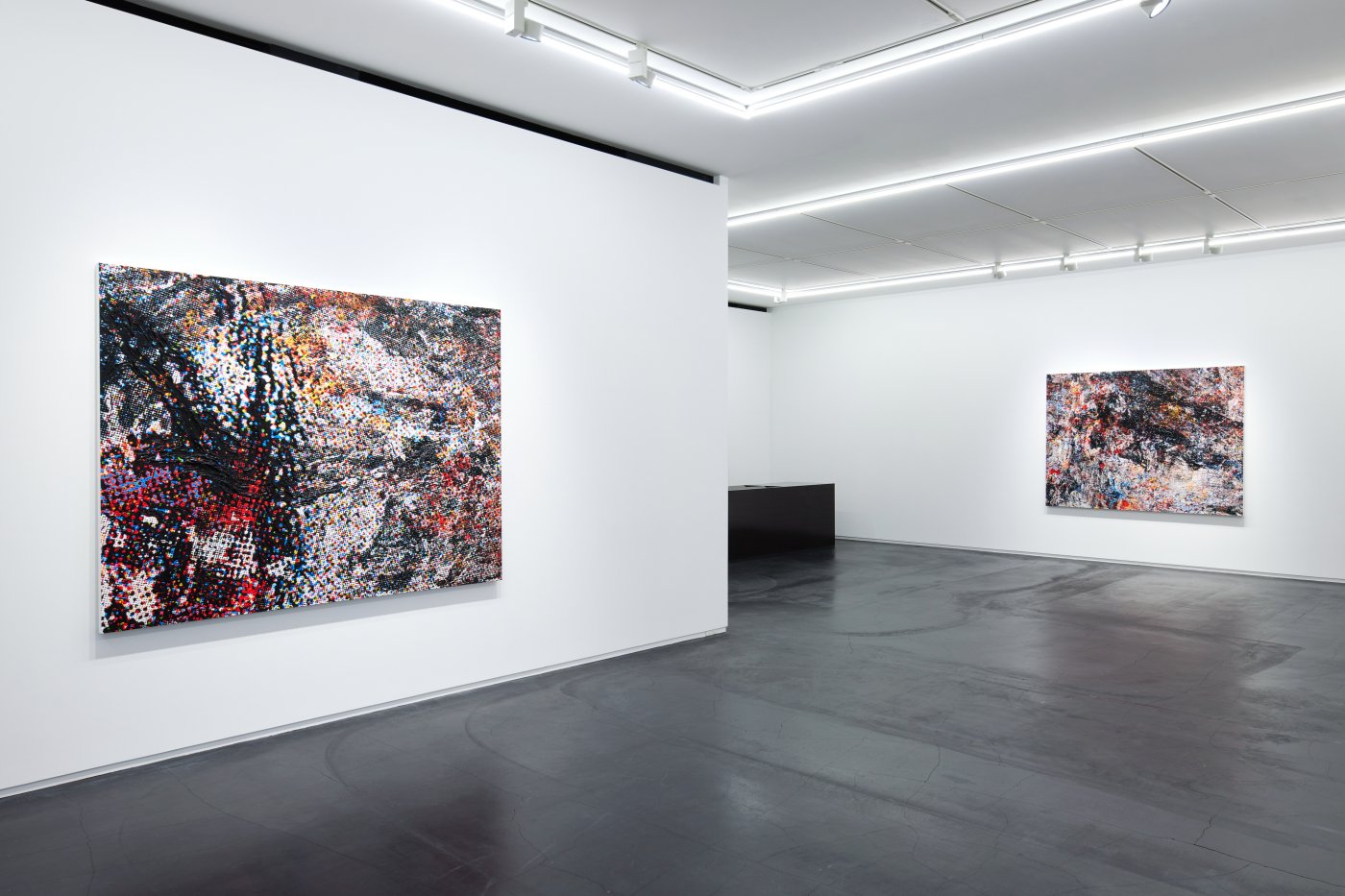 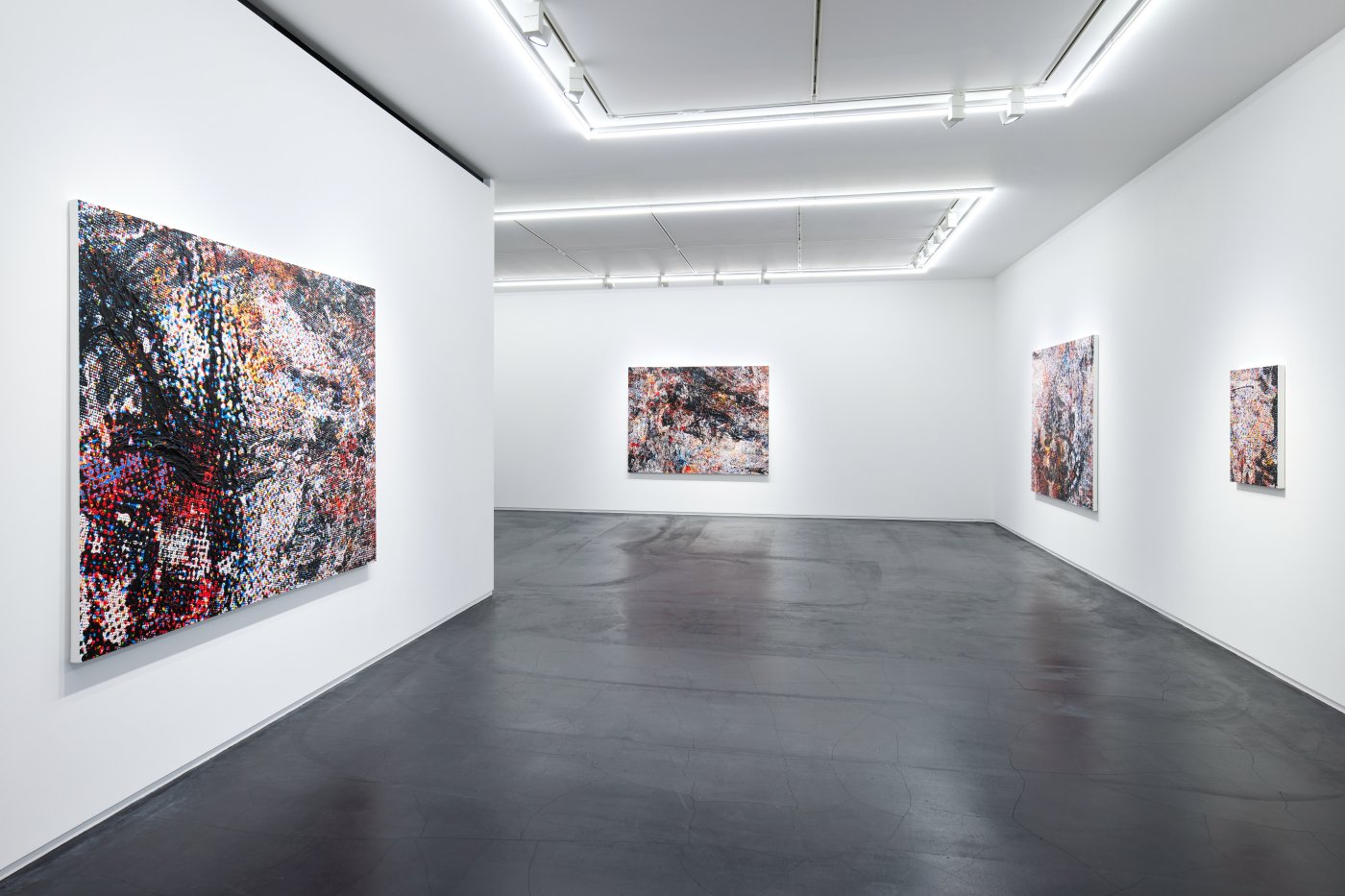 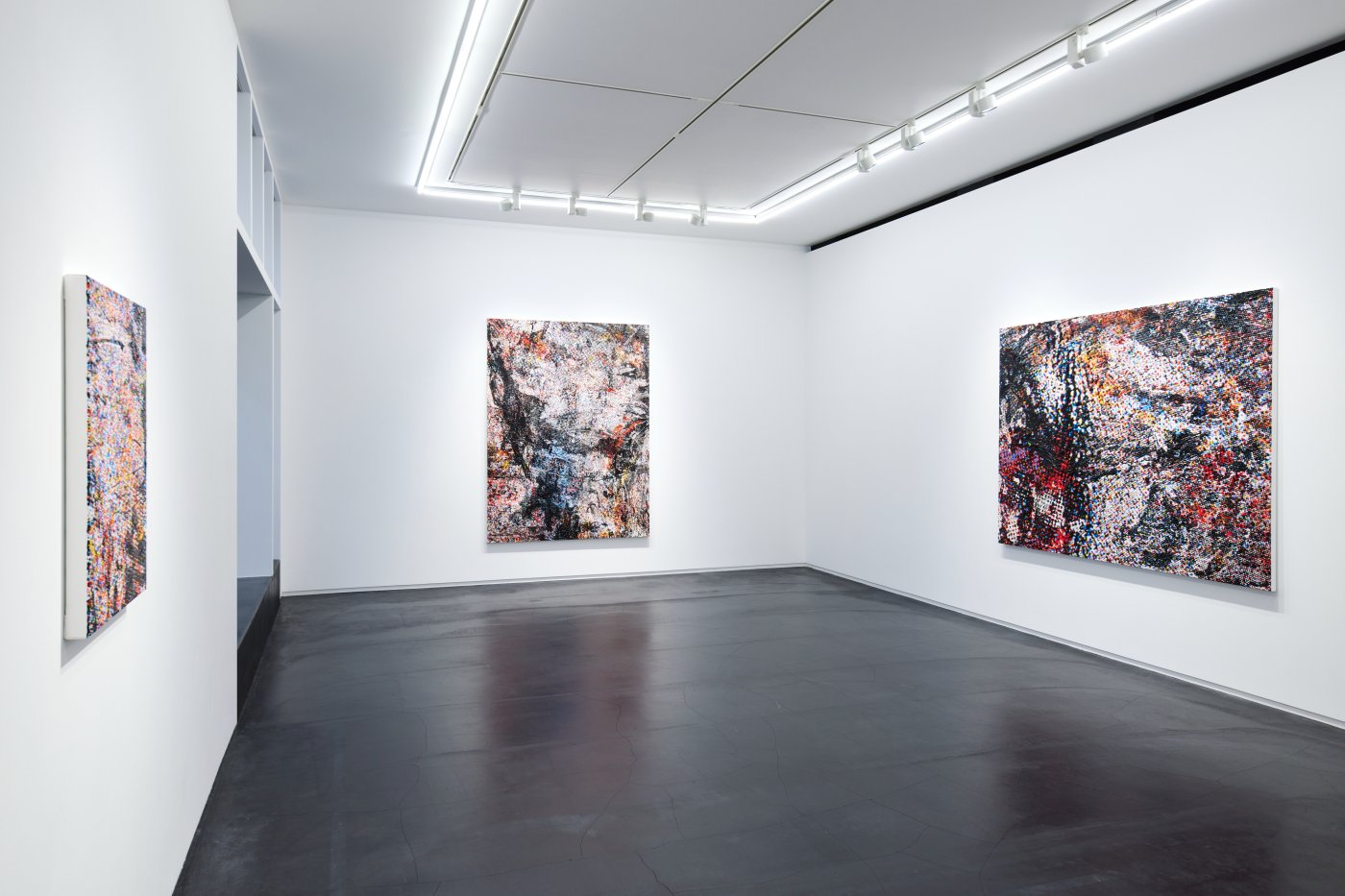 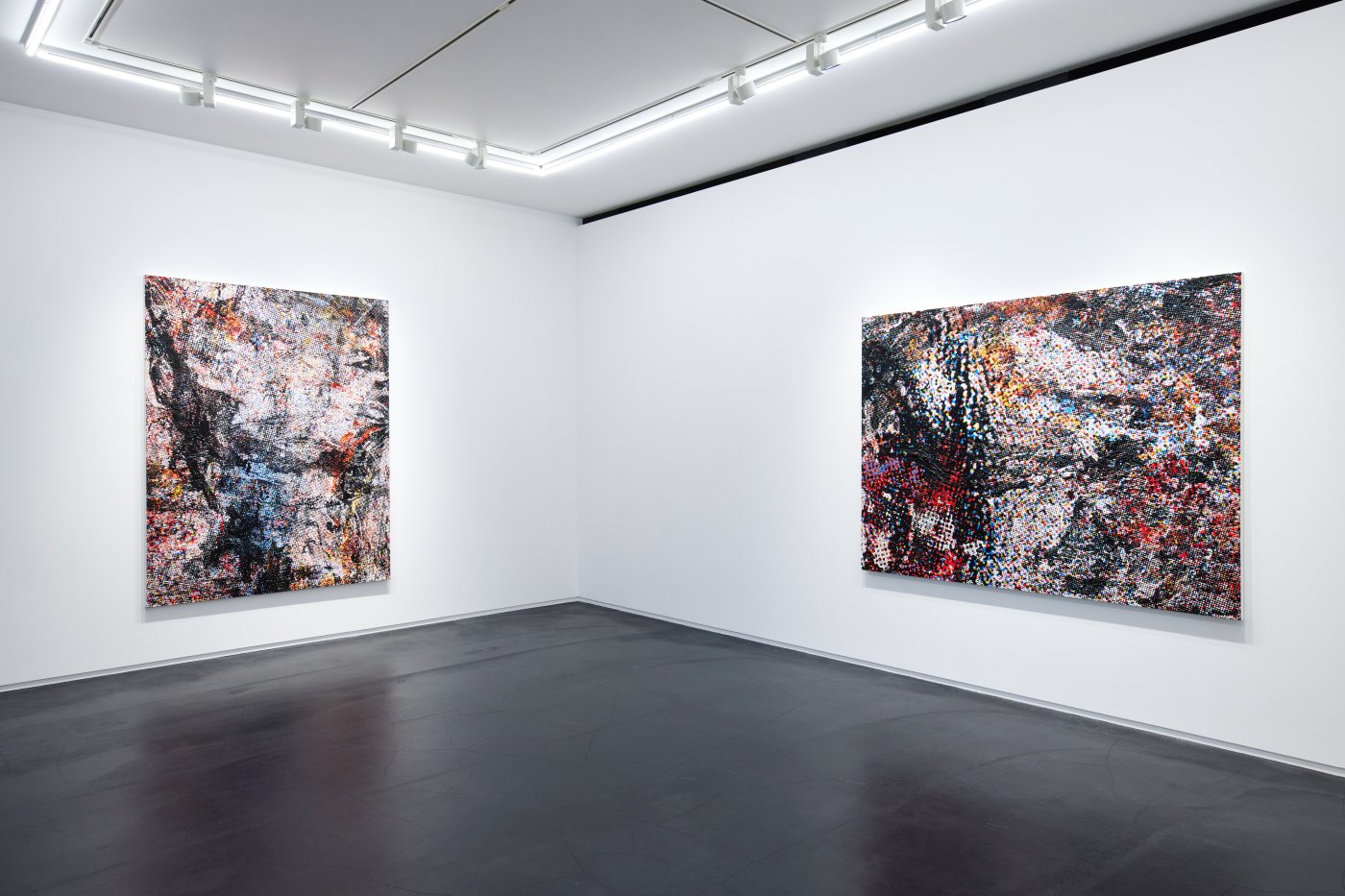 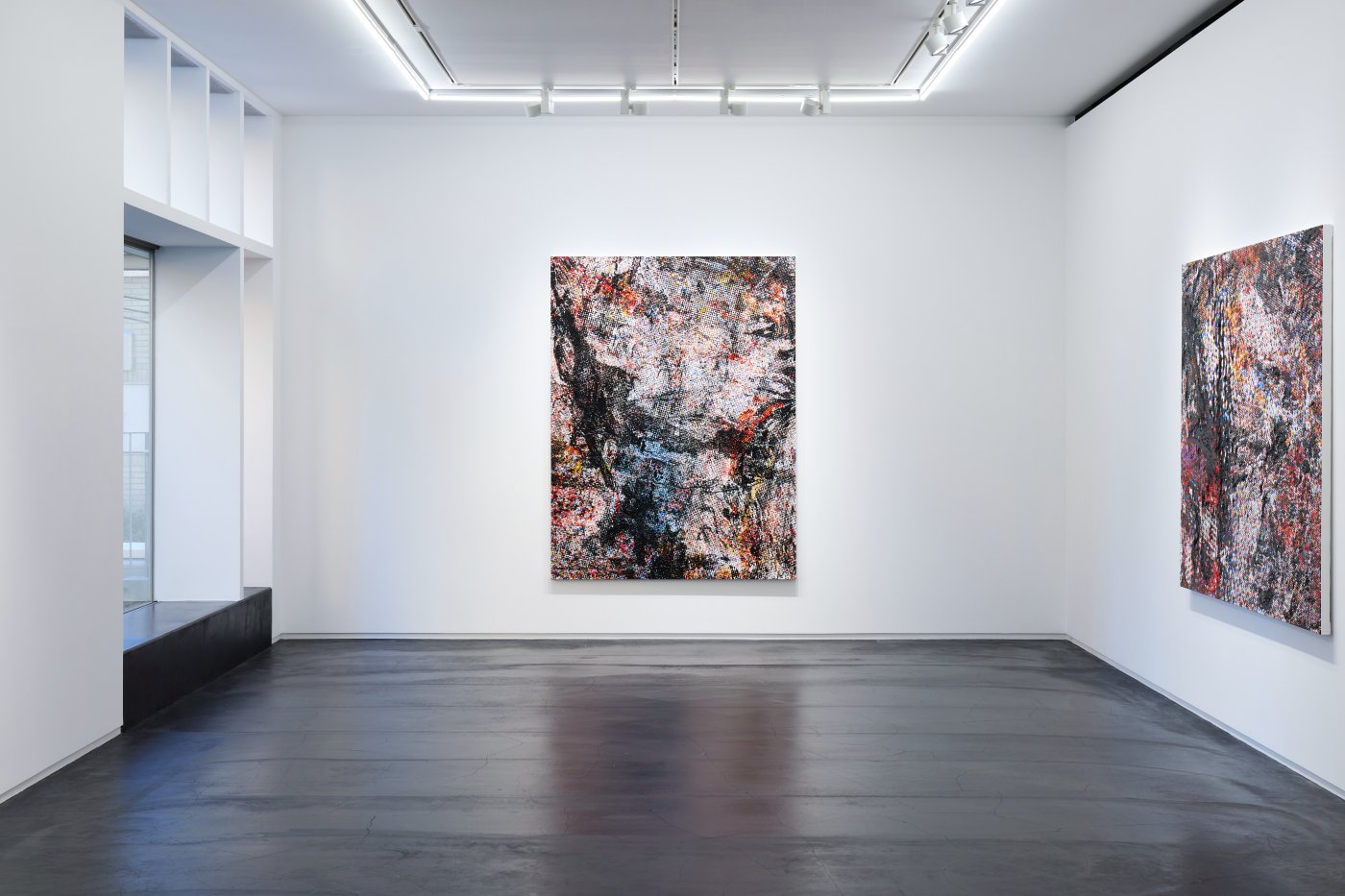 Among the many famous quotes of Friedrich Nietzsche is the phrase, “There are no beautiful surfaces without a terrible depth.” One may be inclined to think that there is some depth or real truth beneath the surface, or that one’s true face lies behind the mask, yet there is indeed no such thing. Should there be anything there at all, it would simply be an endless overlapping of surfaces. In that sense, surfaces are that which are profound, and utterly terrifying. I believe that painting is a means of expression that is related to such notions of surfaces.

Created through the painstaking and time-consuming procedure of depicting countless dots by hand, Saito’s paintings present viewers with an overwhelming visual experience. The paint, densely overlaid in a way that each application appears reminiscent of an independent, microscopic work of sculpture, also brings to mind the image of a myriad of cells in the process of proliferation.

Saito, who began producing paintings in the mid-1990s, selects as his subject, people whose faces have the power to stimulate his creativity. While initially appropriating full-body images of filmmakers like Stanley Kubrick or figures who feature in a particular scene within their work, he eventually shifted his focus to the “face” upon which the madness and furor of human beings are engraved. Saito established a distinct style of working, whereby he digitally disassembles and reconstructs portraits of figures such as Lucien Freud, Francis Bacon, and Antonin Artaud to create blueprints comprised of a series of halftone dots, the digital data of which he transcribes onto the canvas through richly textured applications of paint.

Furthermore, Saito discovered other unexpected images from within the details of the enlarged data that he came across during the process of digital disassembling and reconstruction. The “Face Landscape” series of abstract paintings were conceived through collecting these fragments and collaging them in multiple layers upon new canvases.

It is indeed difficult to process and grasp at a mere glance the visual information of Saito’s paintings, which are constituted by sheer volumes of color and paint. The pictorial space constantly appears to quiver ever so slightly, and the viewer, while observing the works from various distances and angles, are led to encounter an infinite plethora of landscapes from both macro and micro perspectives. We welcome viewers to take this opportunity to engage with the unique and unparalleled world of Makoto Saito’s work.