Making It. Women and Abstract Sculpture

Making It. Women and Abstract Sculpture

Waddington Custot presents Making It, a group exhibition dedicated to a generation of pioneering women sculptors who came to prominence in the late 1960s and early 1970s. Taking an unexpected approach to their chosen media: fusing gold leaf with linen for instance, folding metal or hand-knotting rope, these artists challenged modernist conventions and expanded conceptions of the appropriate media and methods for sculpture. 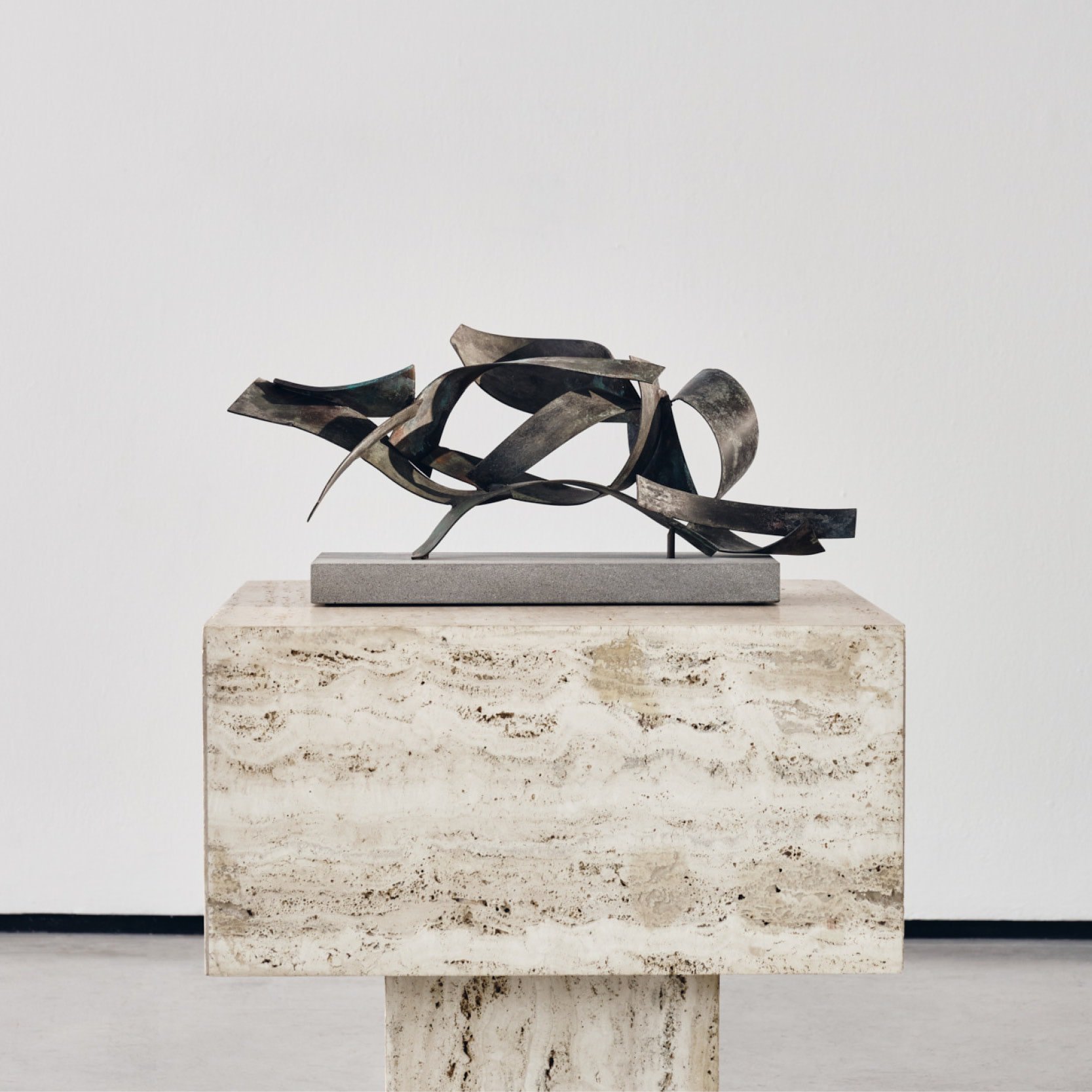 Active in the mid and late-20th century, these sculptors developed new work during the era of second-wave feminism and within the context of feminist critique, as championed by critics and curators such as Lucy Lippard. While it not overtly feminist in concept, their work does not represent a retreat from politics. Rather, contending with the long-held belief – retained well into the 1970s – that sculpture was a muscular medium best suited to men, these artists stood against the prejudices and difficulty women encountered when trying to access the male-dominated spaces of foundries and woodshops. Lucy Lippard recounted, ‘In the winter of 1970 I went to a great many women’s studios… found women in corners of men’s studios, bedrooms, children’s rooms, kitchens’ (1) Undiminished by this unfavourable context, the sculptors in Making It actively take up space with their work. Spreading across the walls and from ceiling to floor, reaching across the gallery and hanging in the air, these works prefigure installation art and a broader shift toward process and materials.