In the fifth solo exhibition by Magnus Plessen, the gallery presents a group of new oil paintings and collages. This is the first exhibition by the artist since completing his 1914 series, on which he had been working for four years from 2014 to 2018. 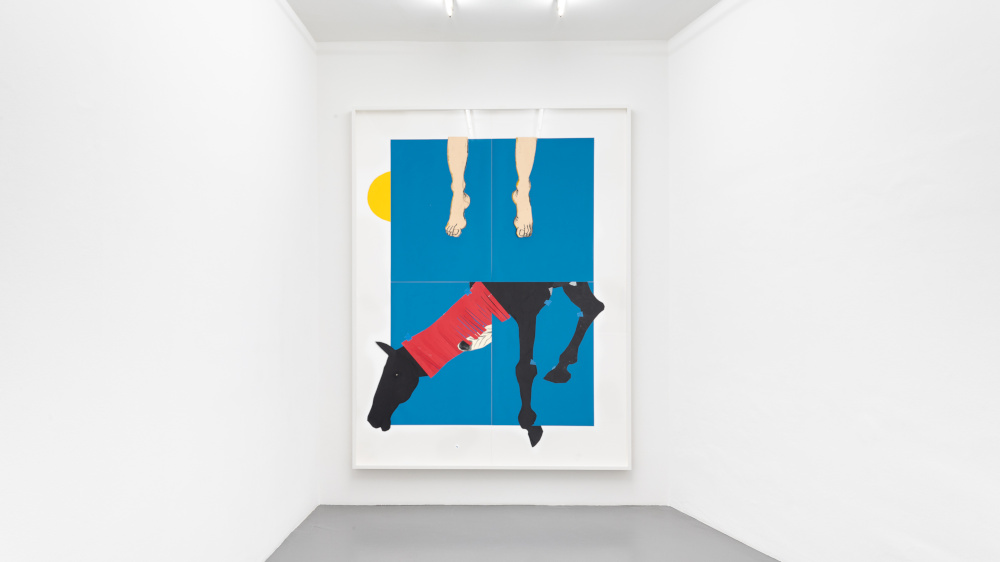 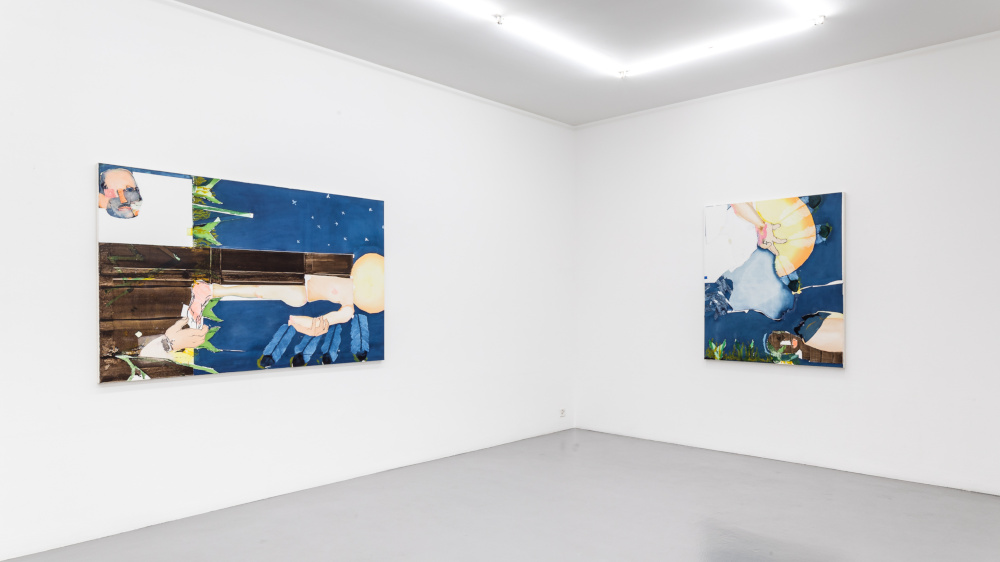 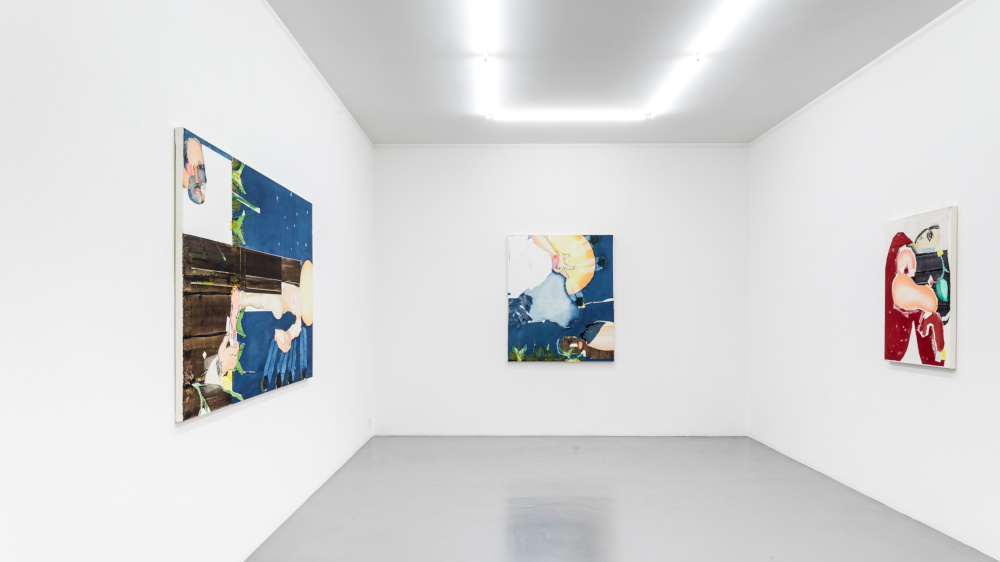 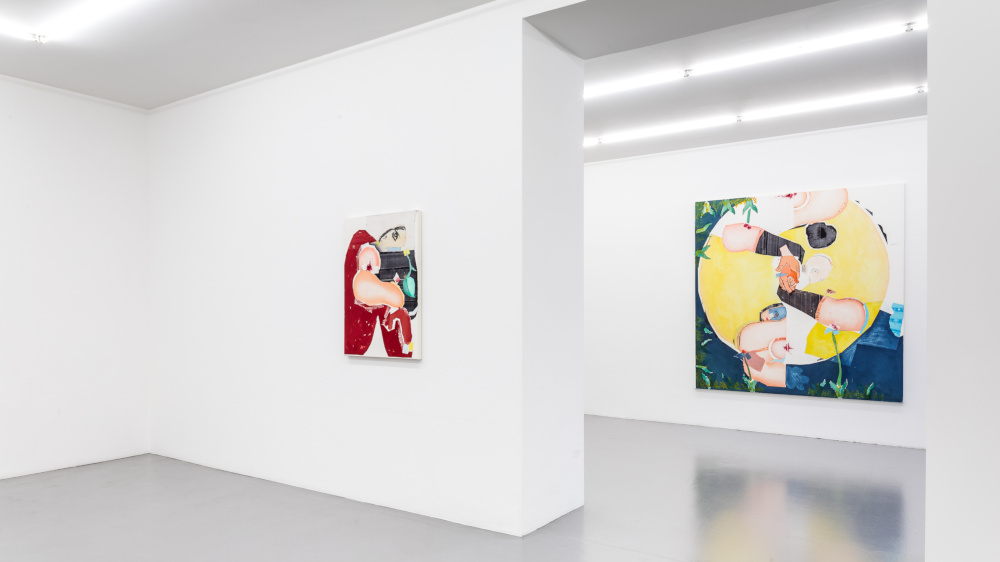 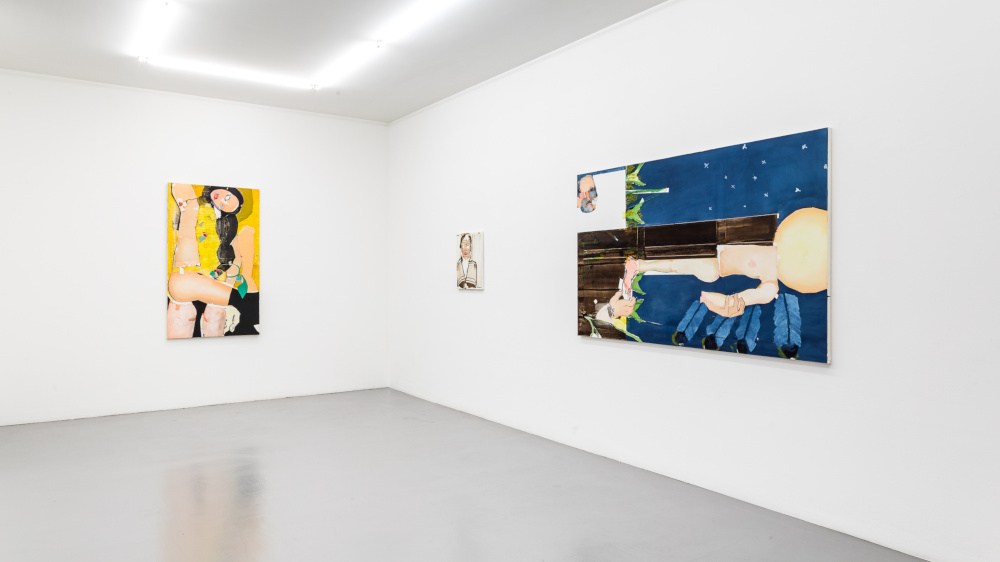 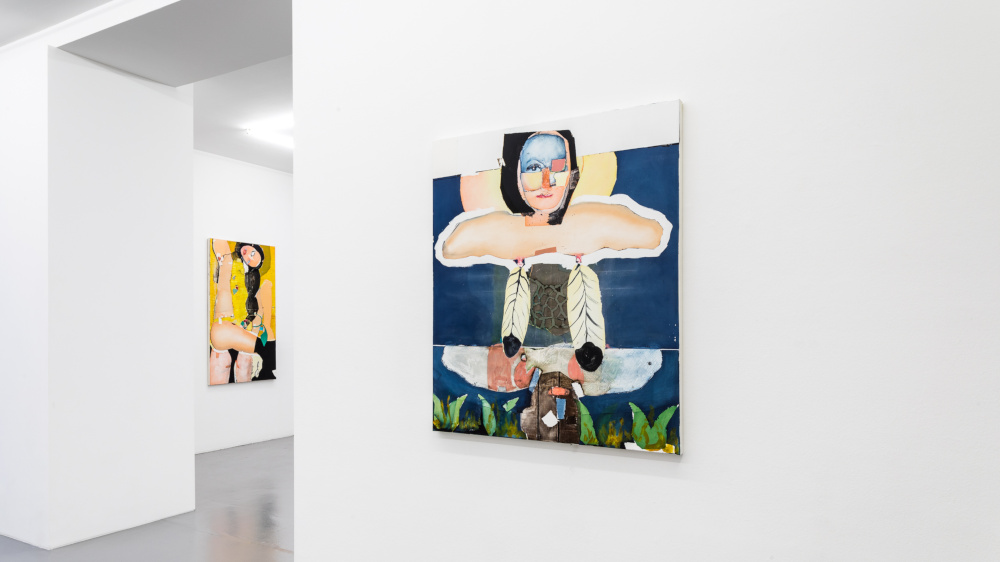 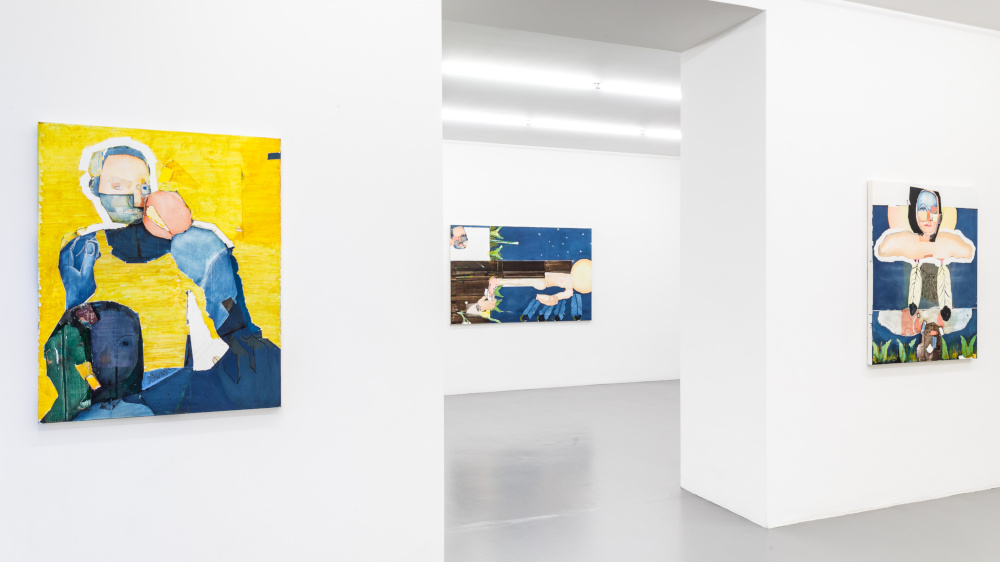 Magnus Plessen creates works that combine diverse painterly methods and approaches to reality (systems of representation) within an image. The limbs of the figures are generally outlined fragmentarily, while the hands are freely sketched and placed within an otherwise undeveloped plane in a way reminiscent of a sculptor’s preparatory or volumetric sketch. Other elements approximate reality, whereby the artist attempts to achieve what amounts to the impossible in the medium of painting, namely an imprint of the real. Still other areas are painted with free brushstrokes. What most of these painterly methods have in common is that the paint is partially removed and taken back by being scraped with a palette knife, wiped with a cloth, removed with sticky tape or rubbed with printing paper.

The works in the exhibition show human figures made up of disparate fragments, which arouse the viewer’s gaze through abstract, contrasting and collage-like planes, forms and lines. The canvas oscillates between two- dimensionality and three-dimensionality, whereby the colour compositions of the foreground and background of the canvas interconnect. The relationship between figure and space is consolidated by bright colours, notably light yellow hues. Stencilled elements, collage and painting merge to form a new, autonomous and idiosyncratic visual reality.

Unlike earlier works, in which the figures appeared increasingly isolated in an empty or white space, these latest works radiate a quiet optimism, in spite of their unusual spatial organisation. The images do not refer directly to experiences and observations. Instead, Plessen seeks a visual grasp of the intensity with which the impressions of the day, just as we are about to fall asleep, flicker across the retina once more in fleetingly chimaeric images, that are not bound by gravity, nor fixed, but adumbrated in a way that never takes on a definitive form.

Although the images may seem at first almost like cutting patterns, they evoke neither actual nor metaphorical planarity. For all their indistinctness, they ultimately converge to form a whole and a plausible momentary cohesion. In fact, the visual motifs are created by means of spontaneous interventions, such as turning the canvas or removing collage elements from an image and then integrating them seemingly at random into a motif. The feathers in Untitled (Wolke), 2019, for instance, came from the artist’s need to stretch out the fingers of his hand. As Magnus Plessen explains: “On turning this canvas 180 degrees, I recognised, between cloud and hand, the familiar gesture of a woman looking at her fingernails after a manicure. I could take the trigger factors of cloud and hand from Untitled (Wolke), 2019, because they were still collaged. In this cycle of experience, from seeing my hand with closed eyes to painting the hand with feathers – to the cloud – to the removal of the cloud – to the motif of the angel’s manicure … by this insertion and extraction, metaphysics meets gravity. Imagination becomes the painter.”

Magnus Plessen, born in Hamburg in 1967, now lives and works in Berlin with his family. He is professor for painting at the Staatliche Akademie der Bildenden Künste in Karlsruhe and exhibits worldwide in galleries and museums, most recently at the Rose Art Museum in Boston, the Centre Pompidou in Paris and the K21 Kunstsammlung Nordrhein- Westfalen. Mai 36 Galerie has represented the artist since 2003.