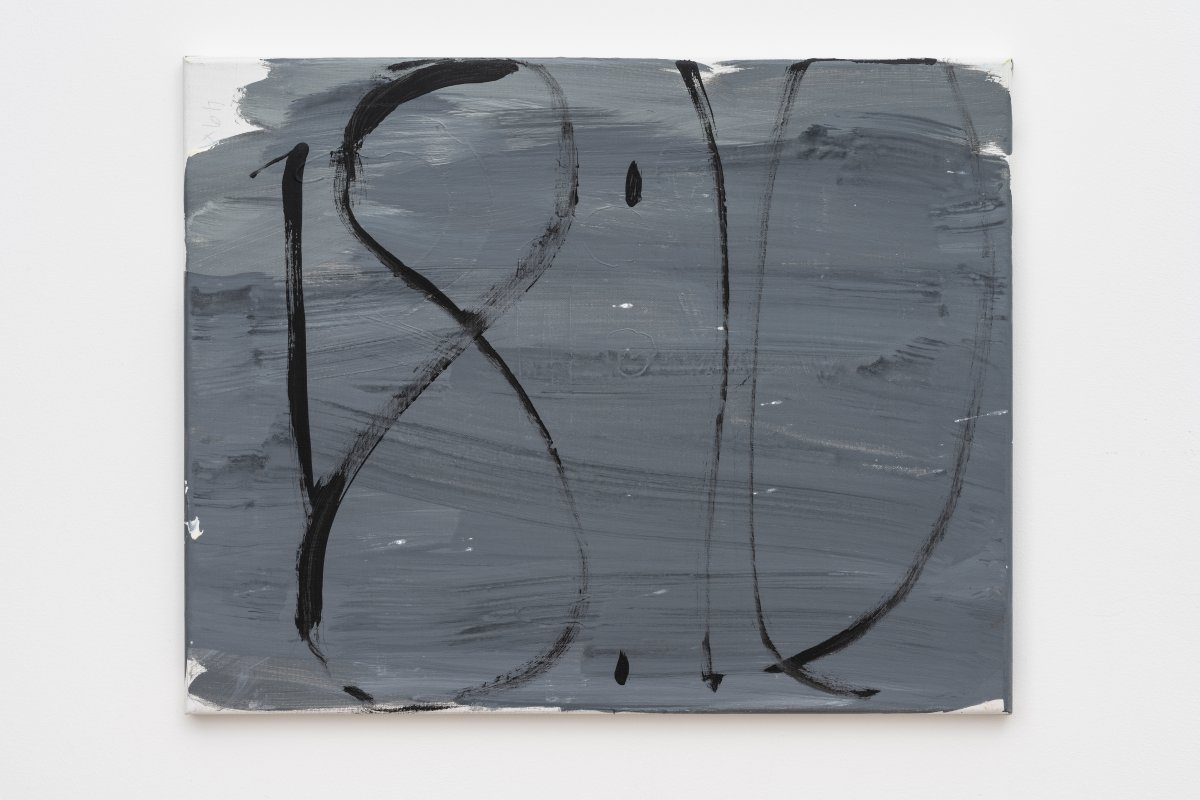 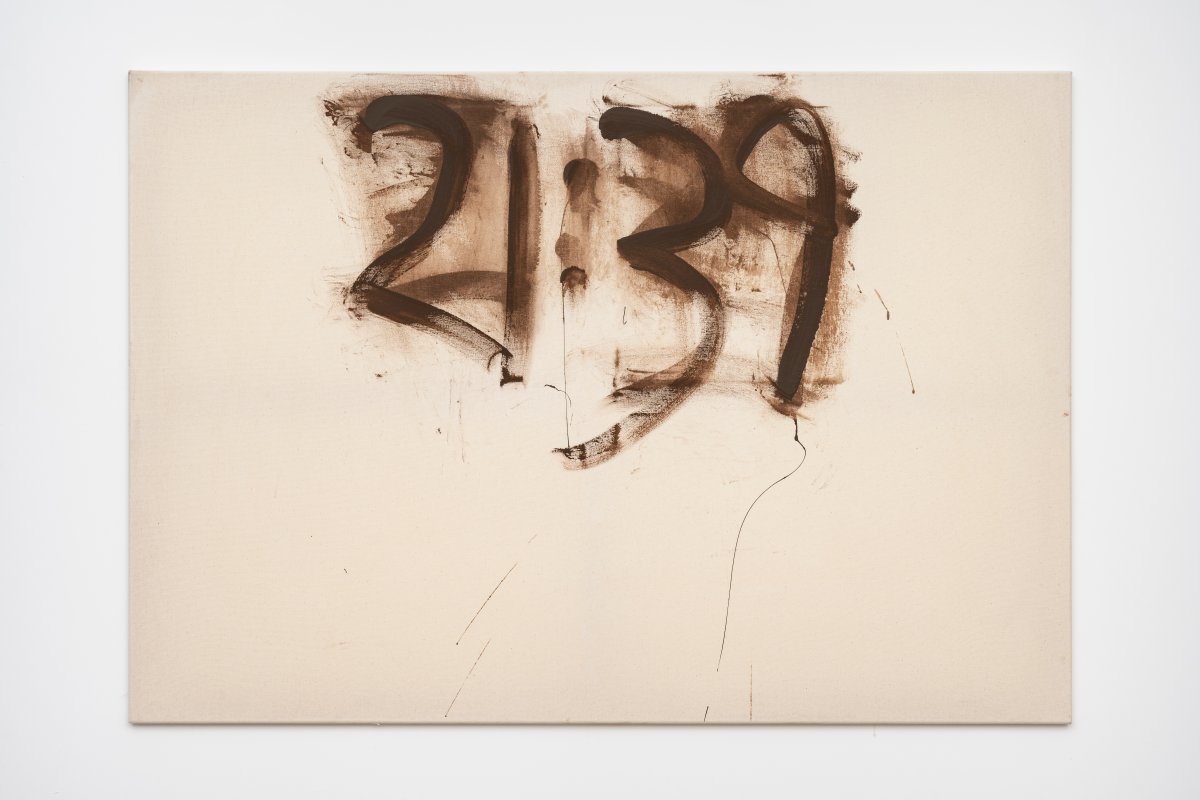 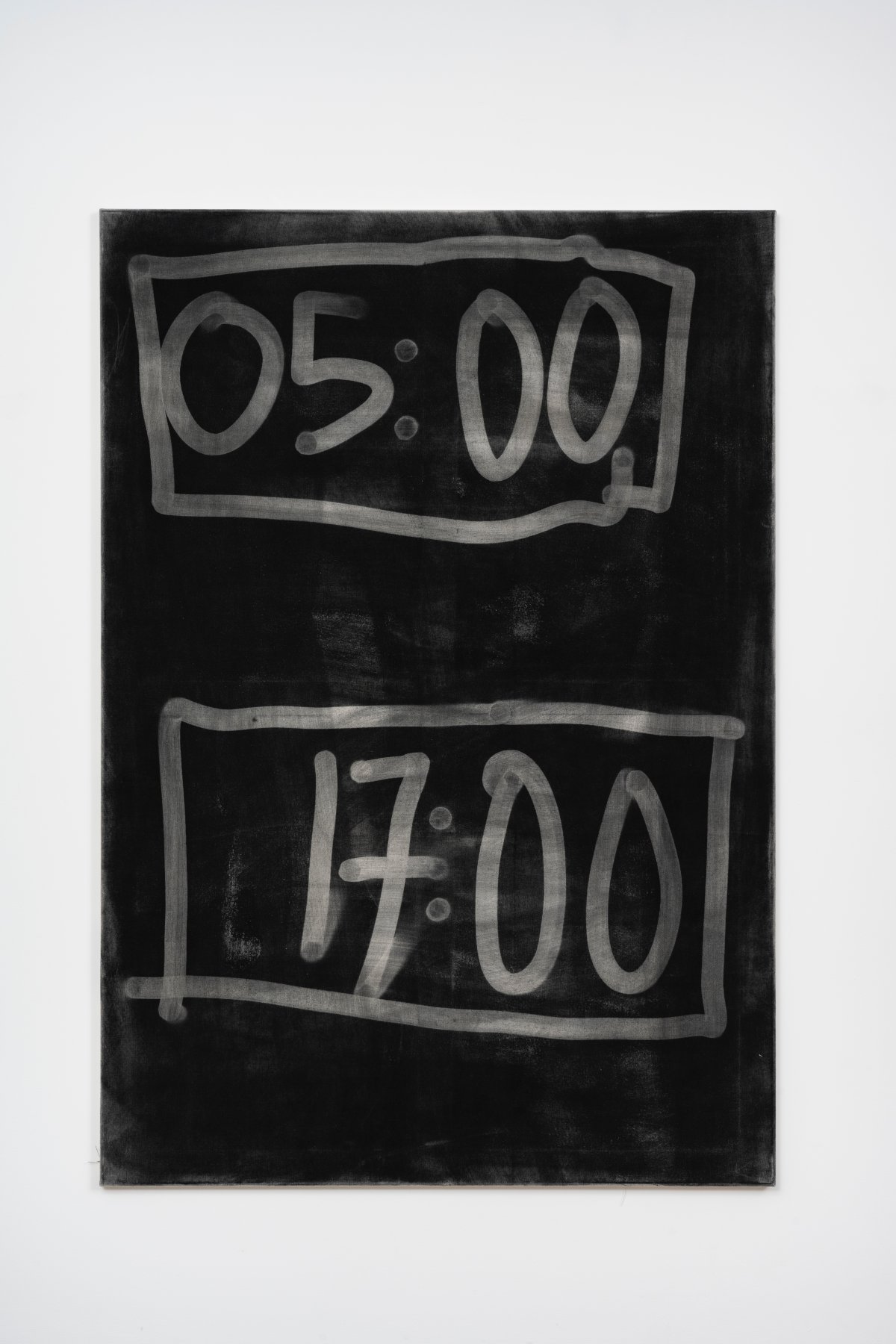 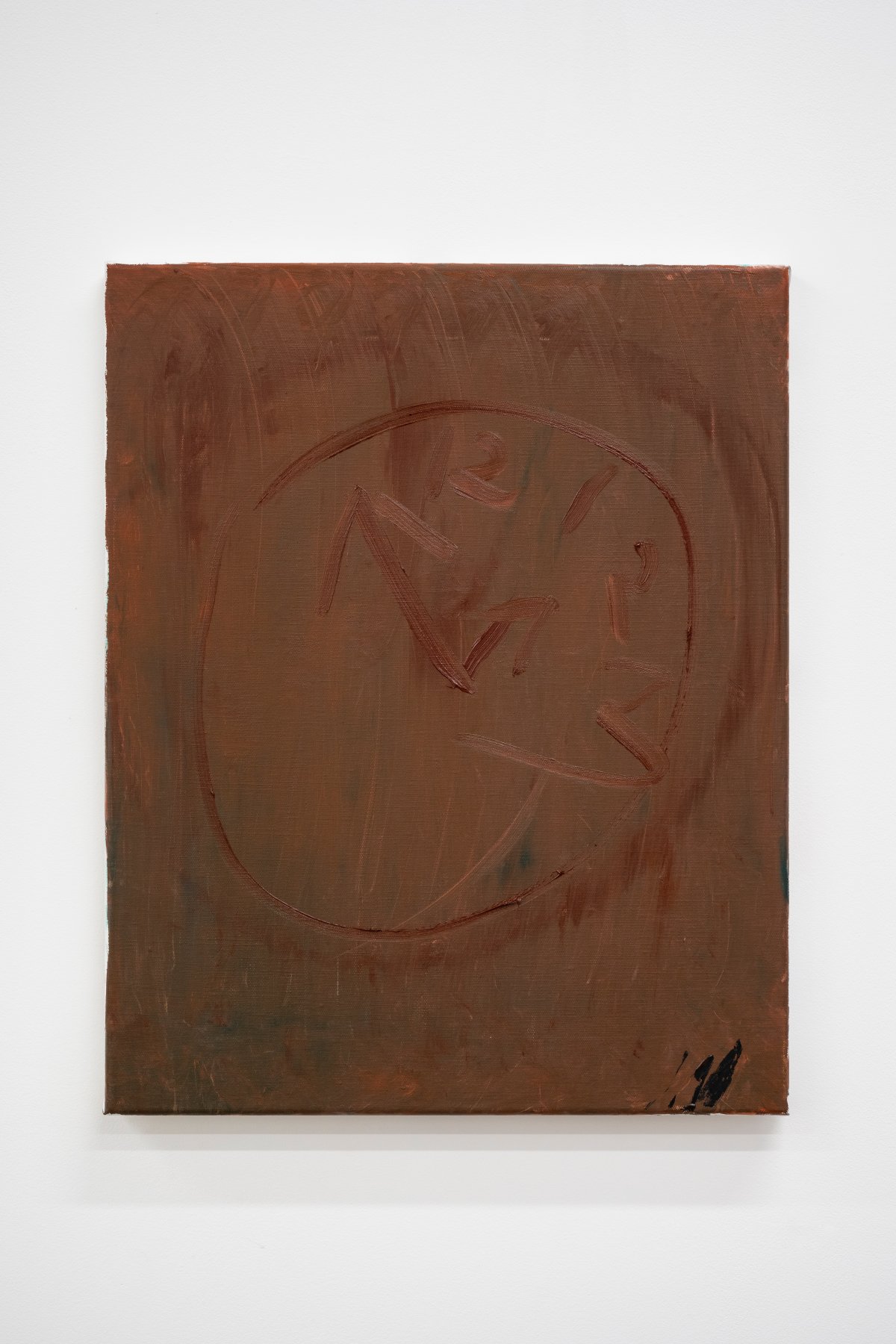 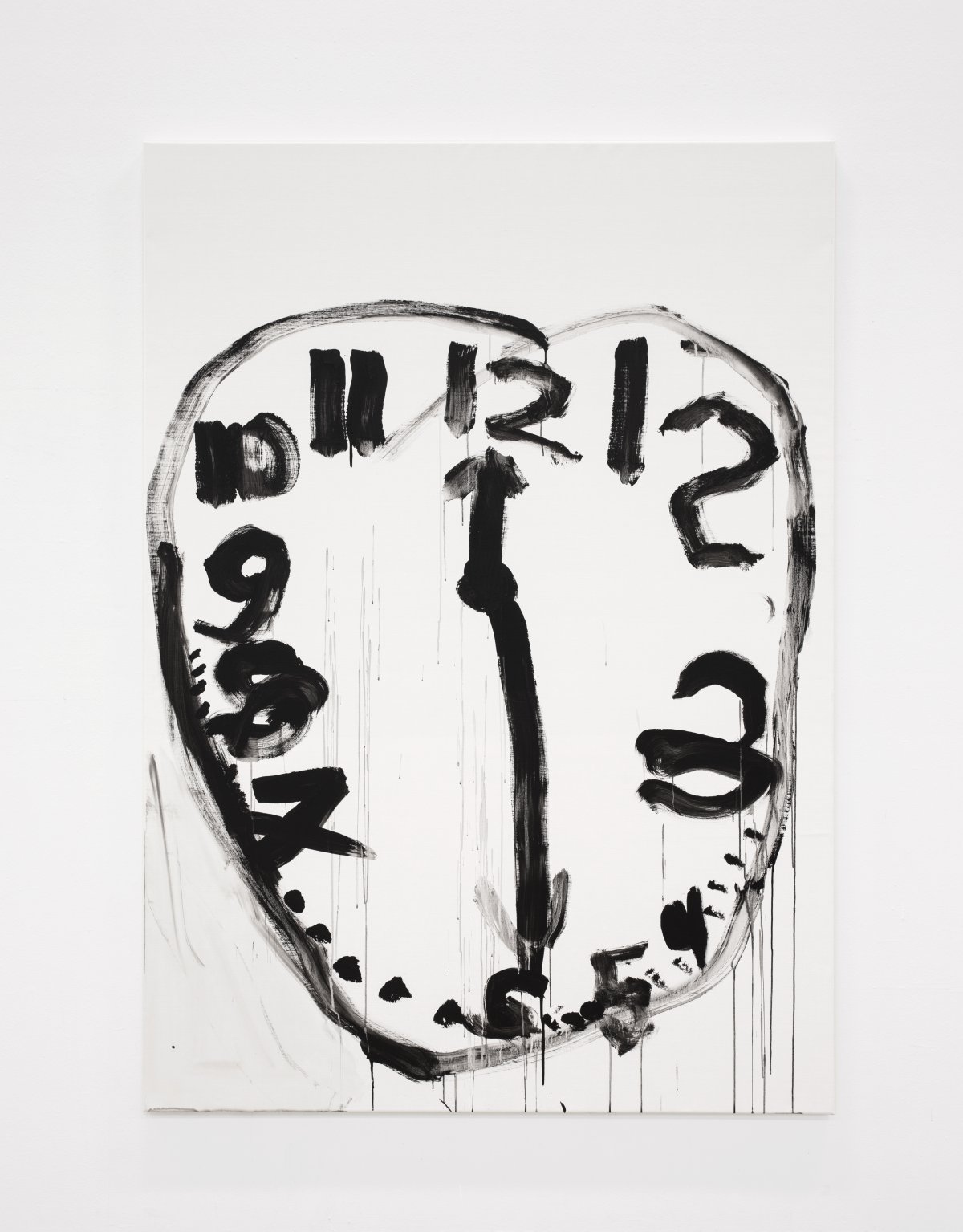 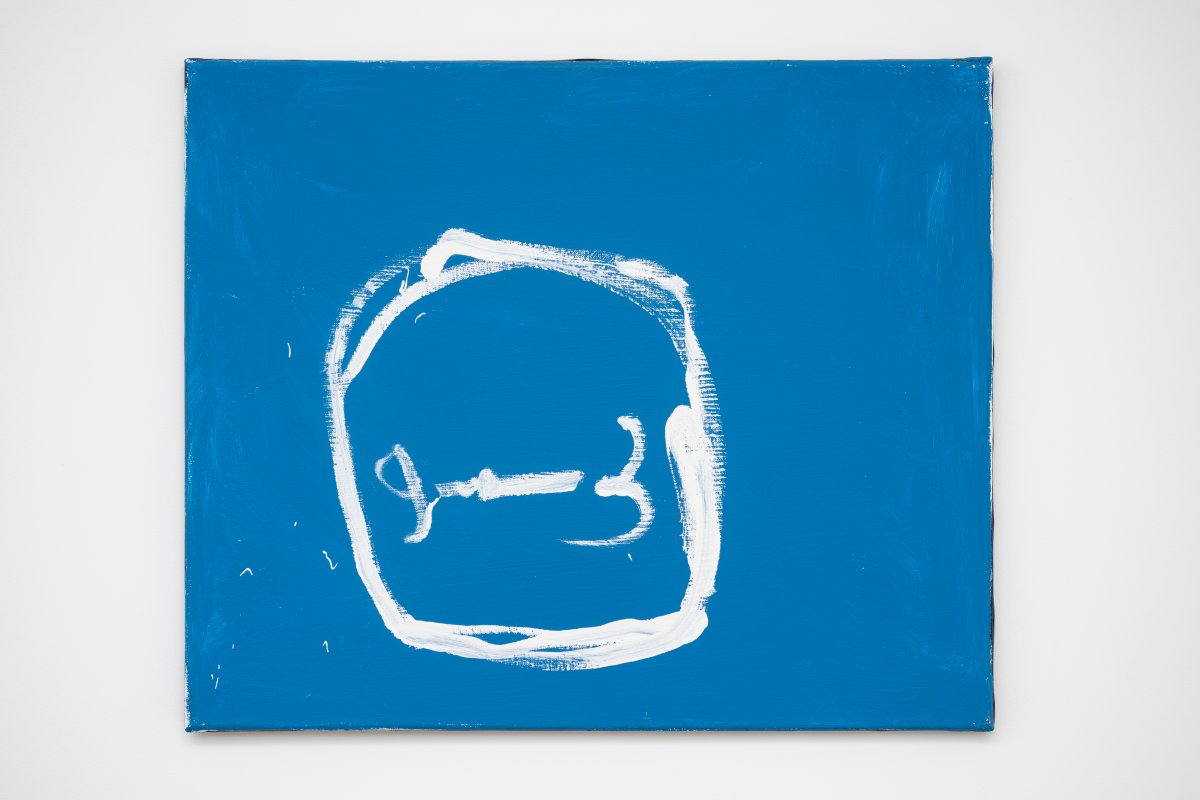 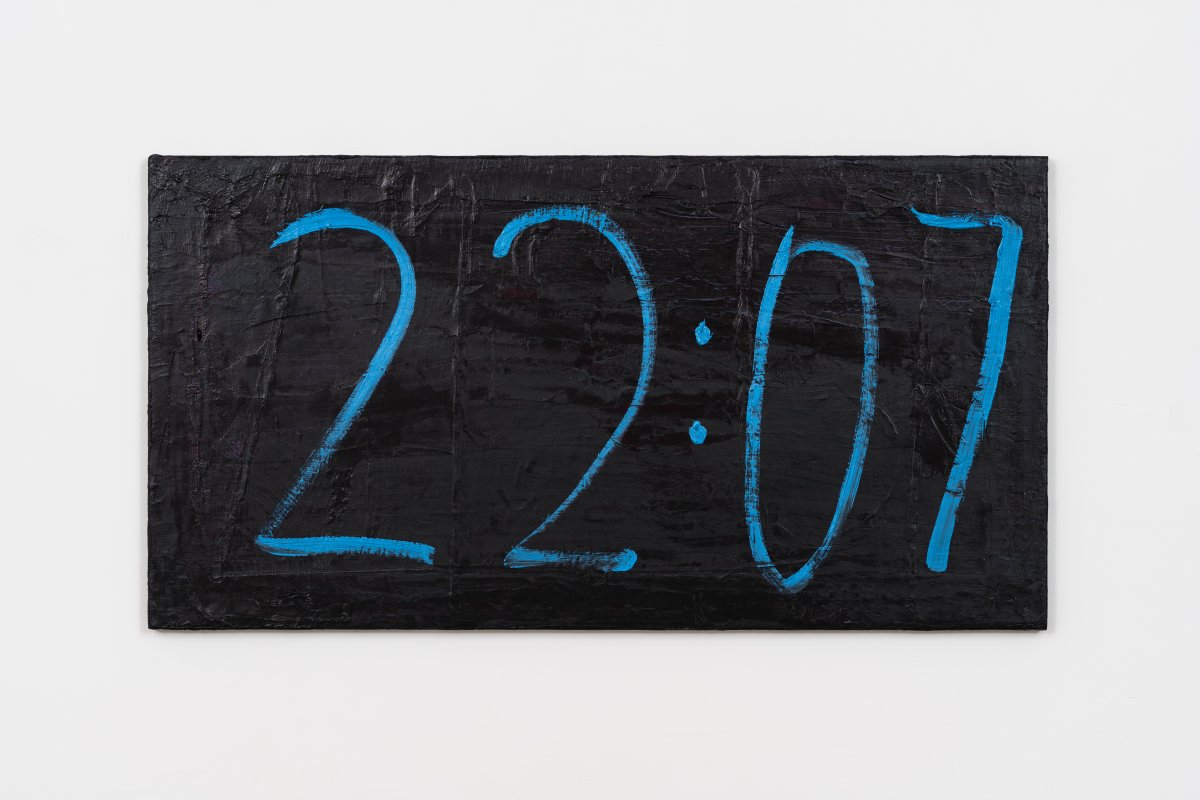 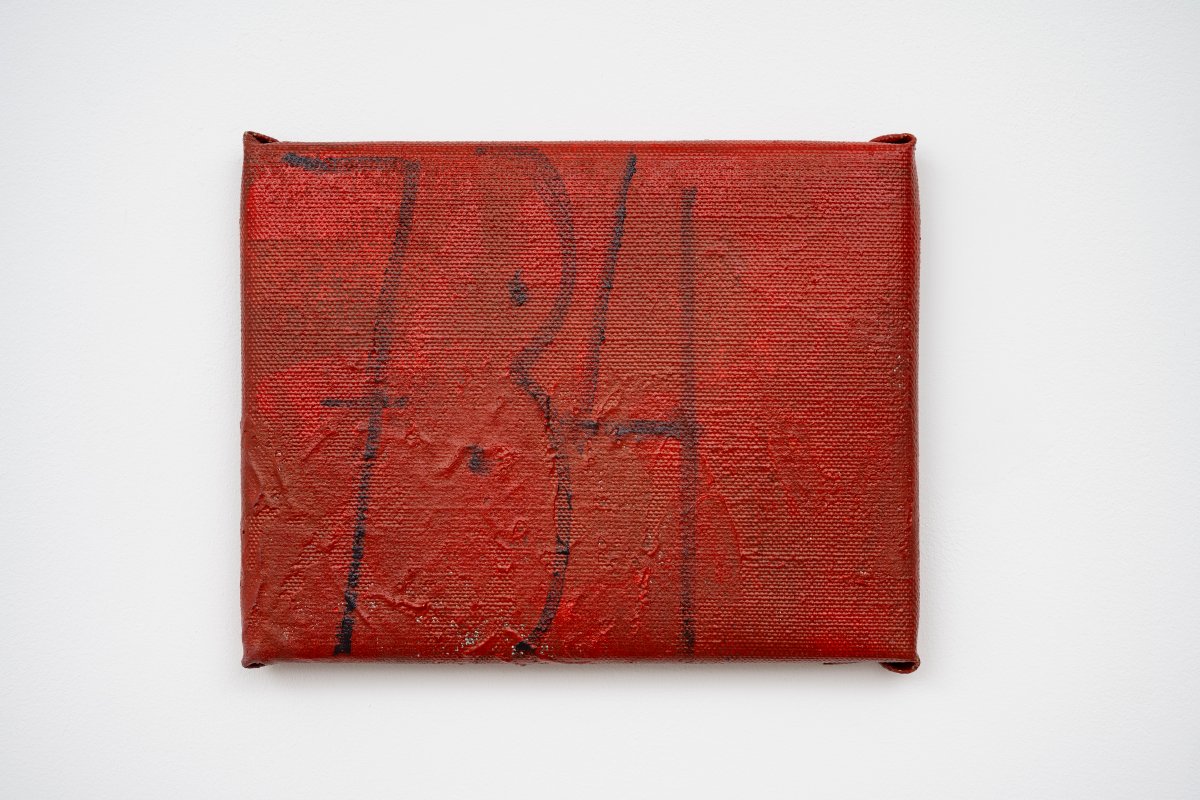 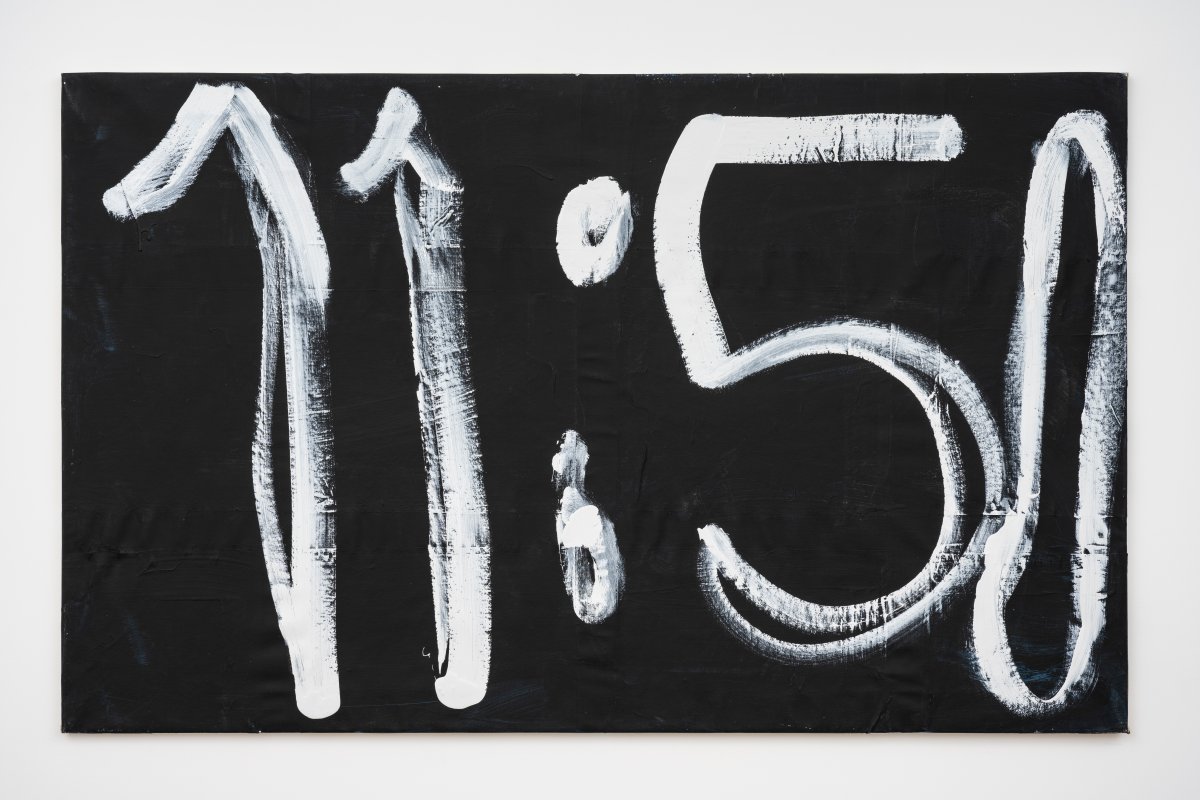 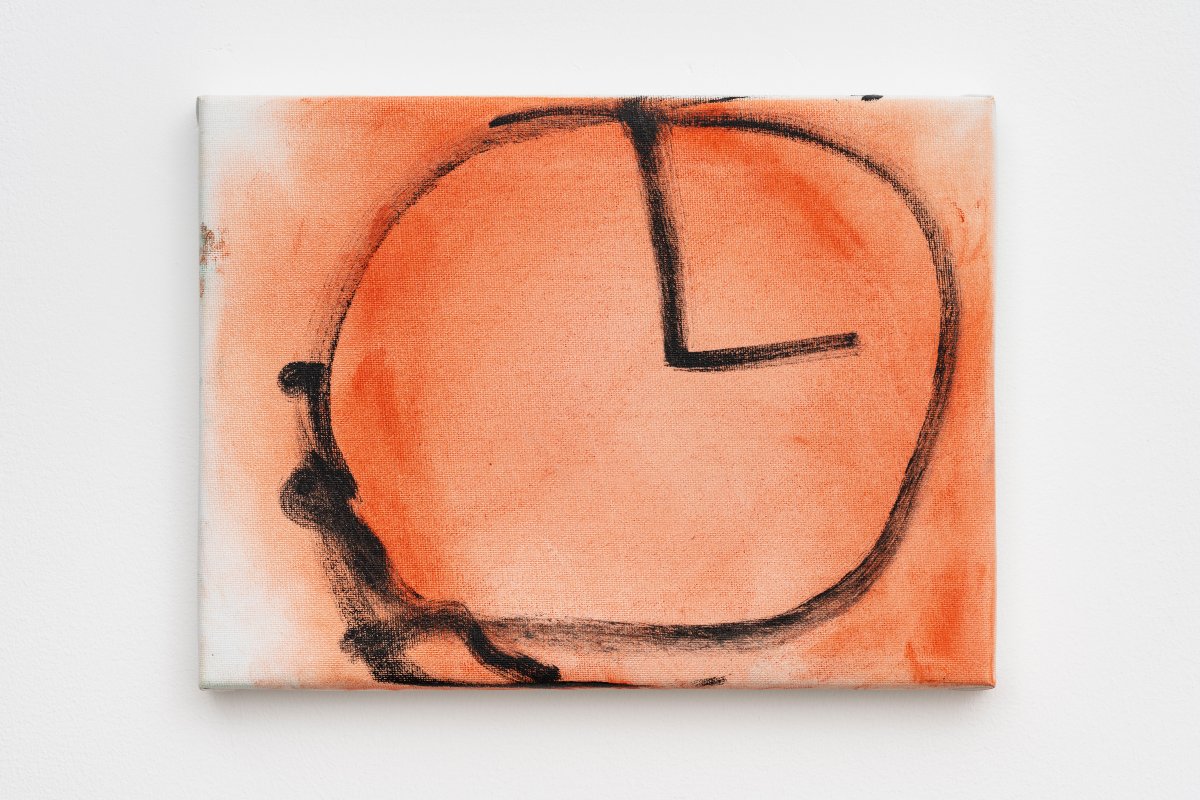 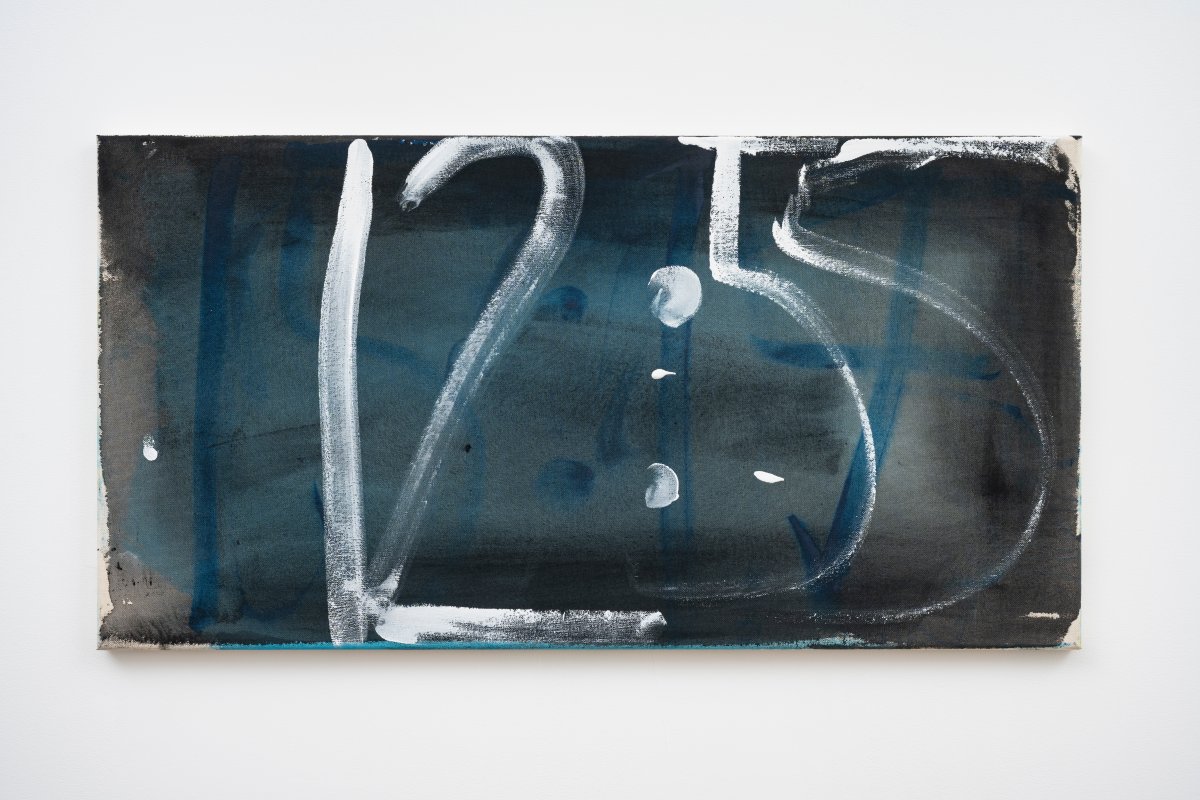 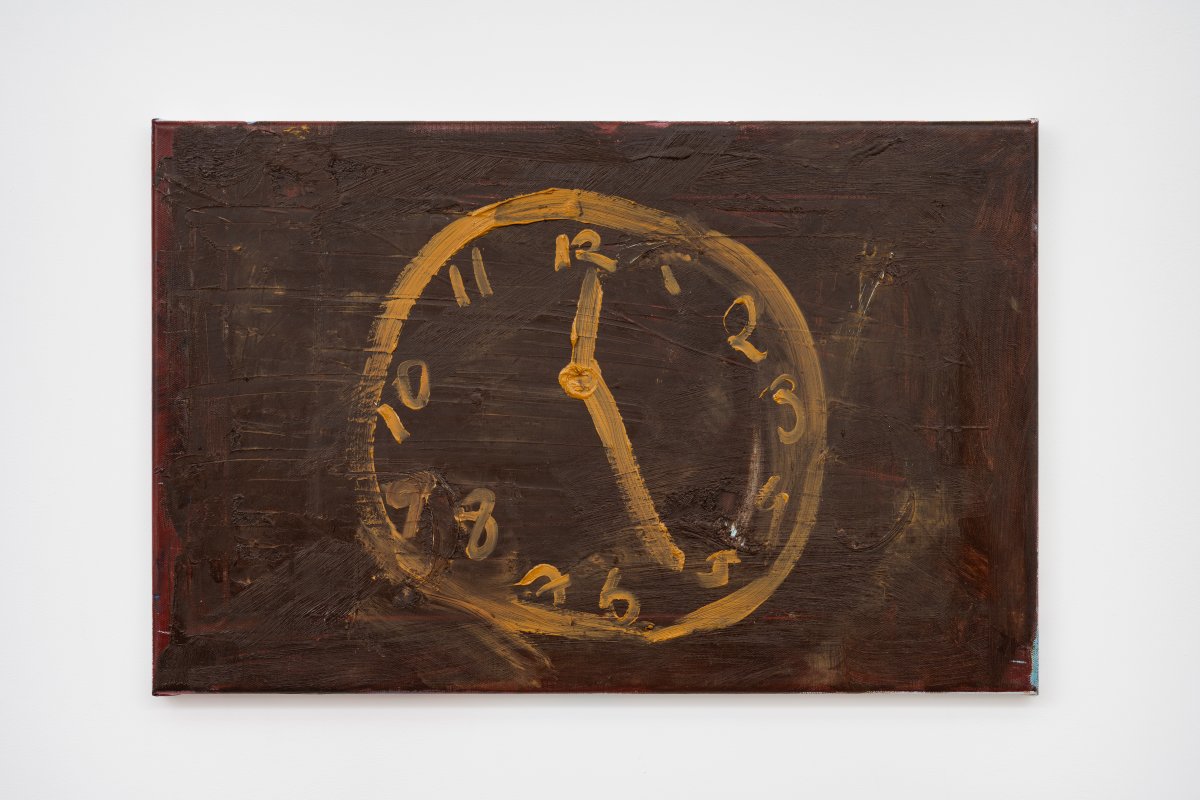 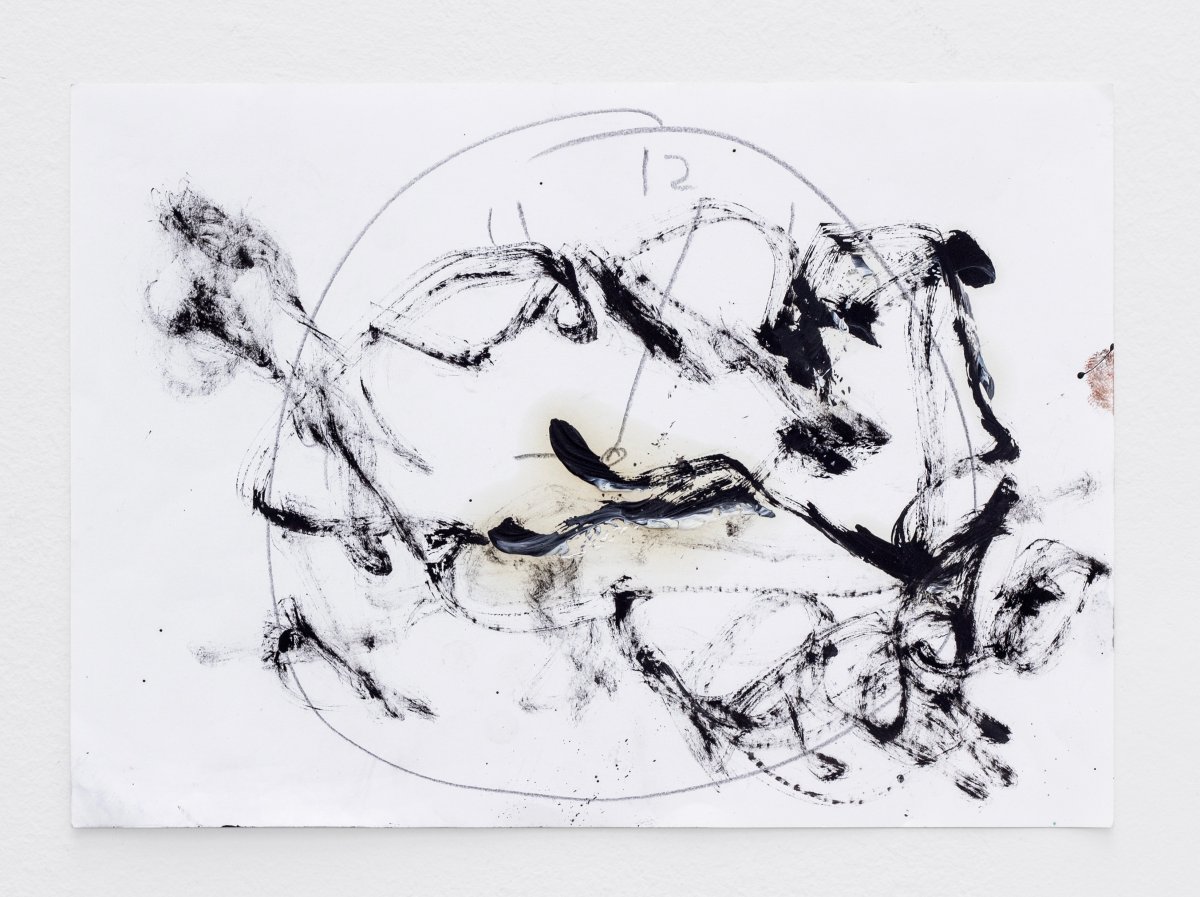 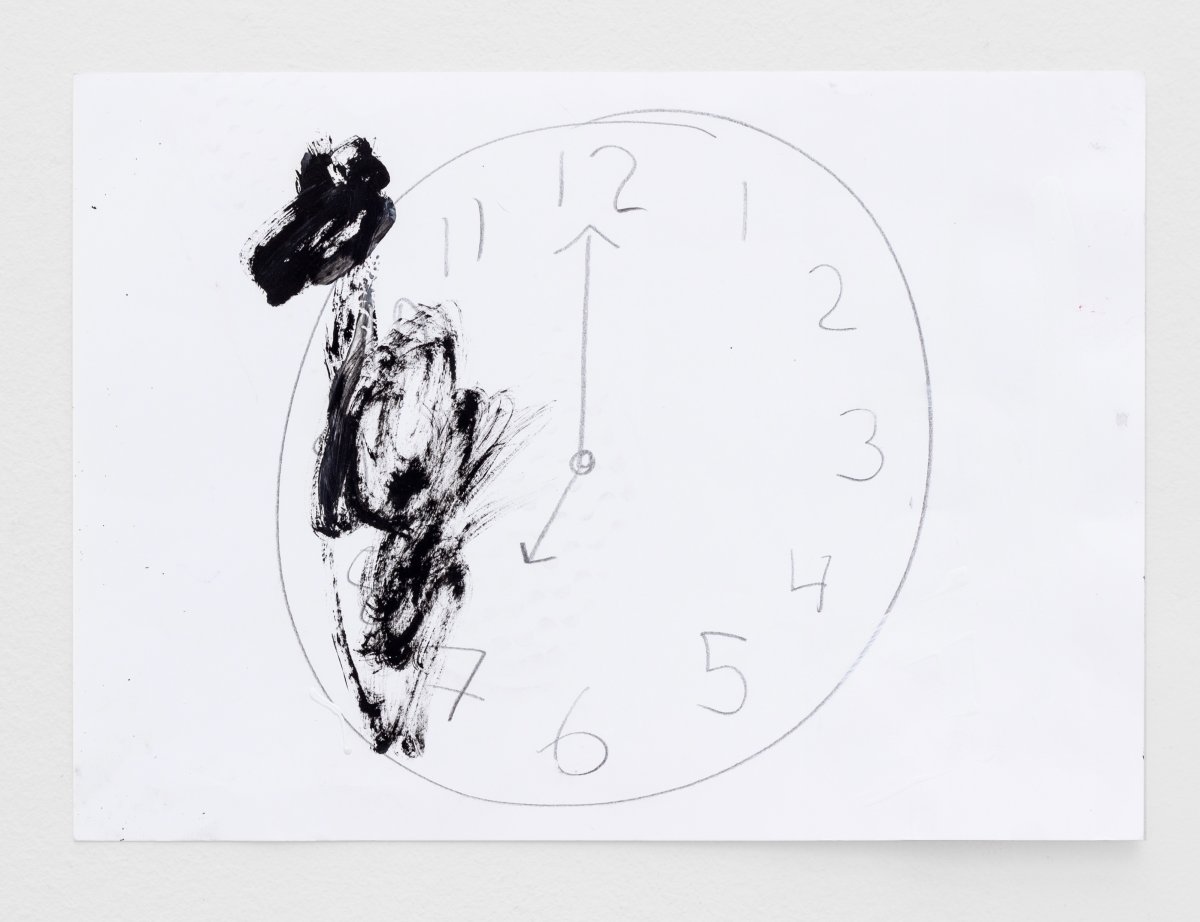 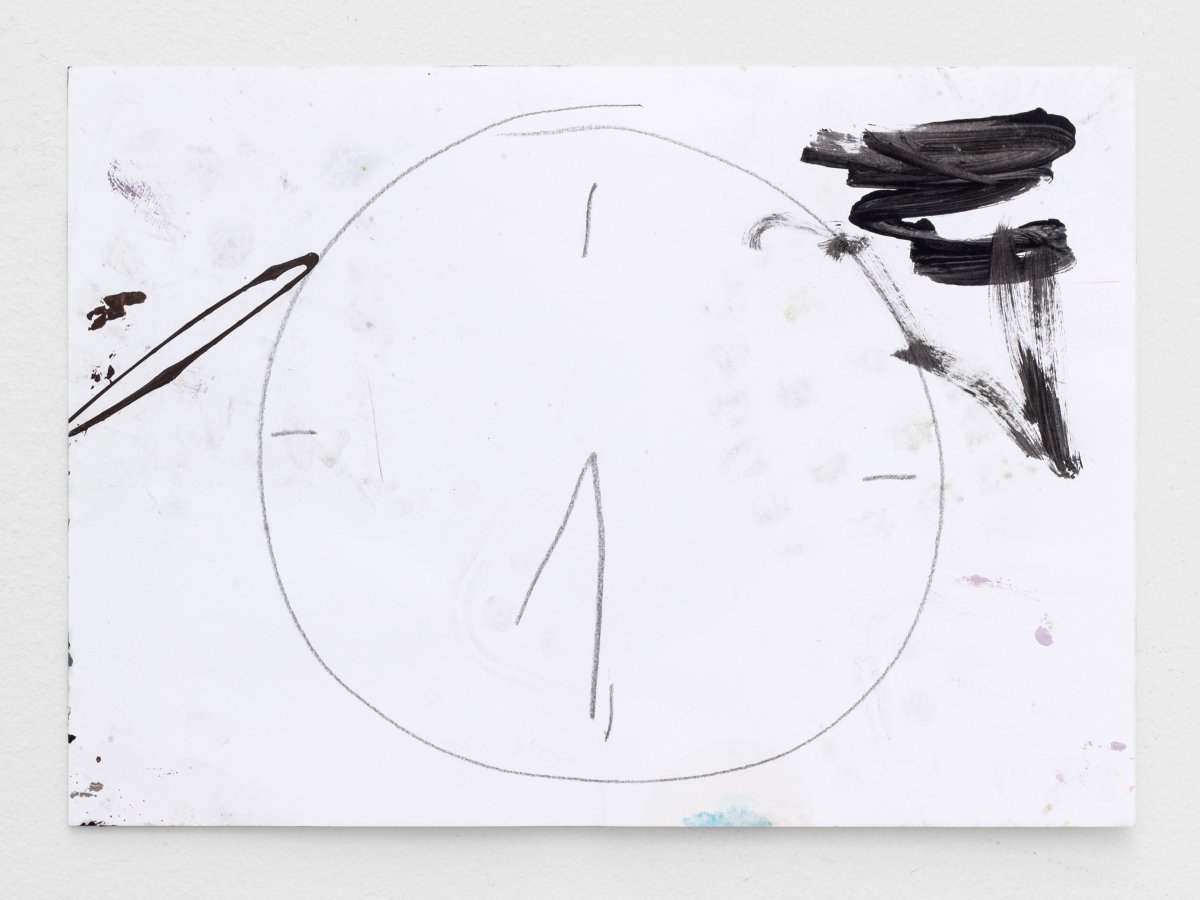 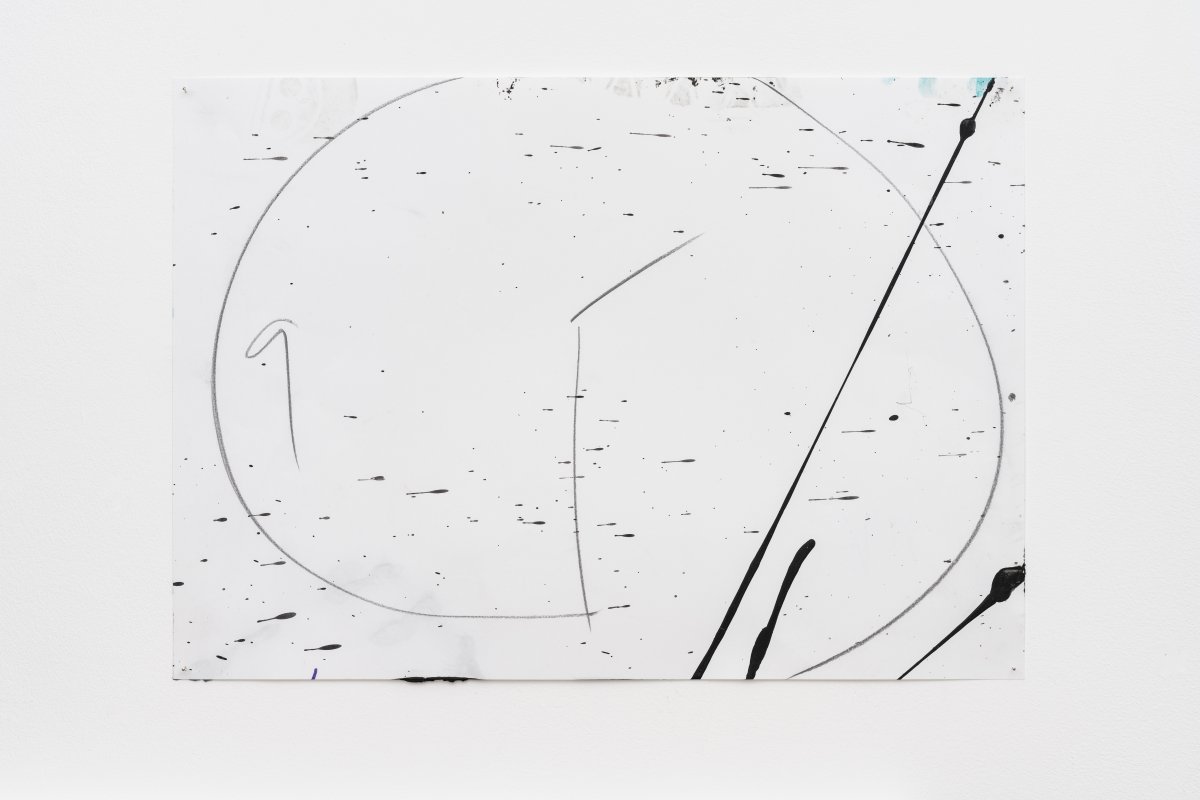 Paint and graphite on paper
A3 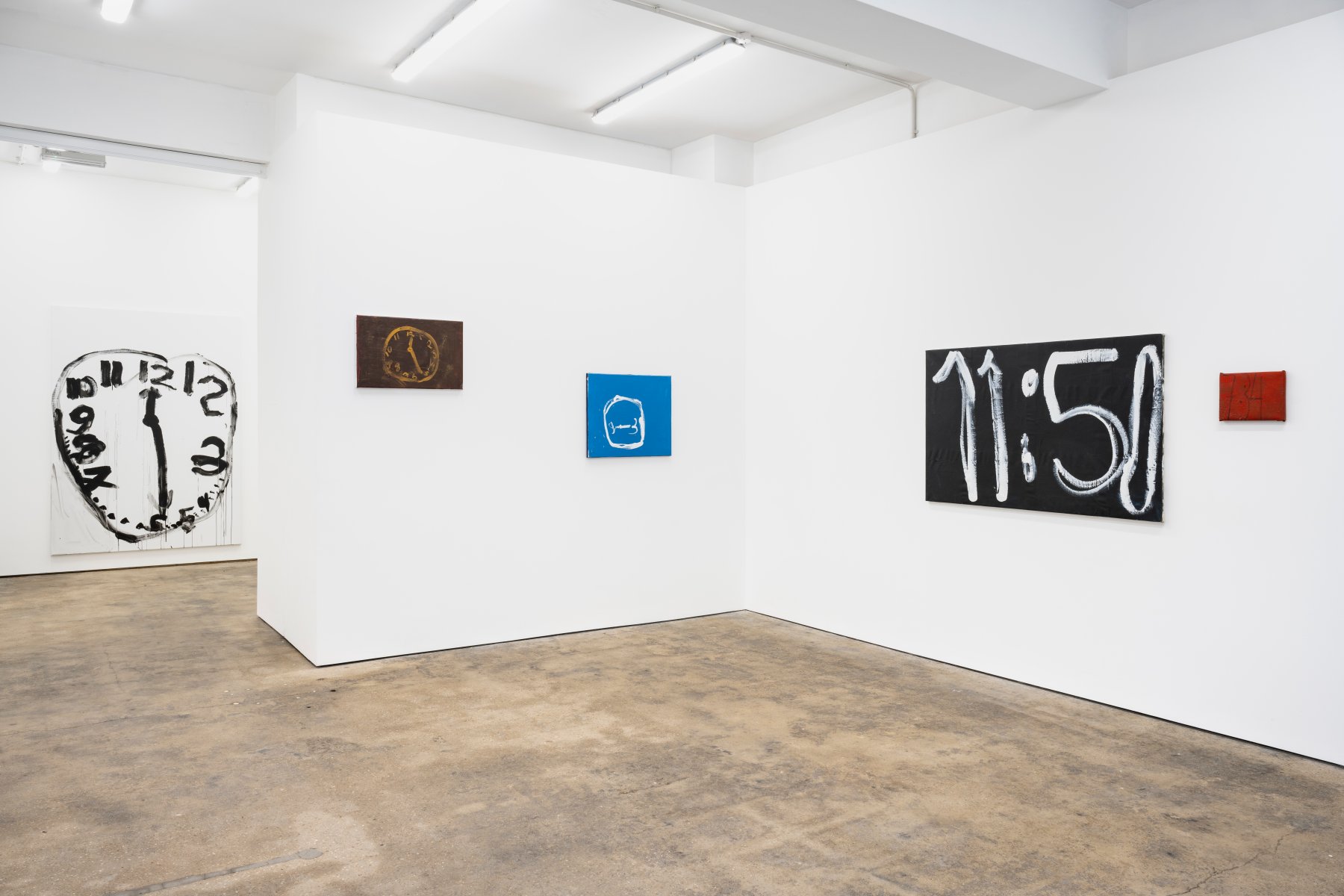 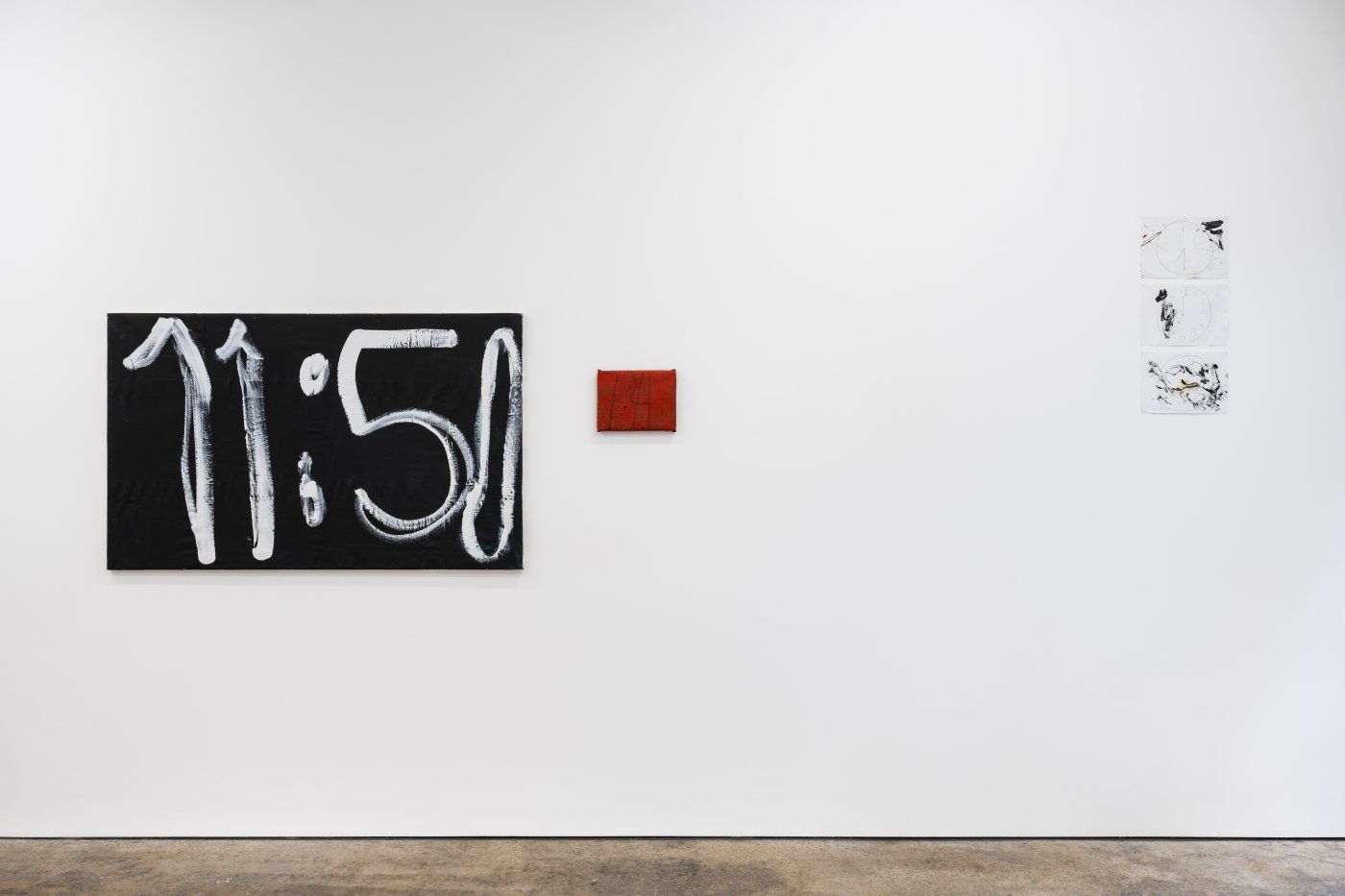 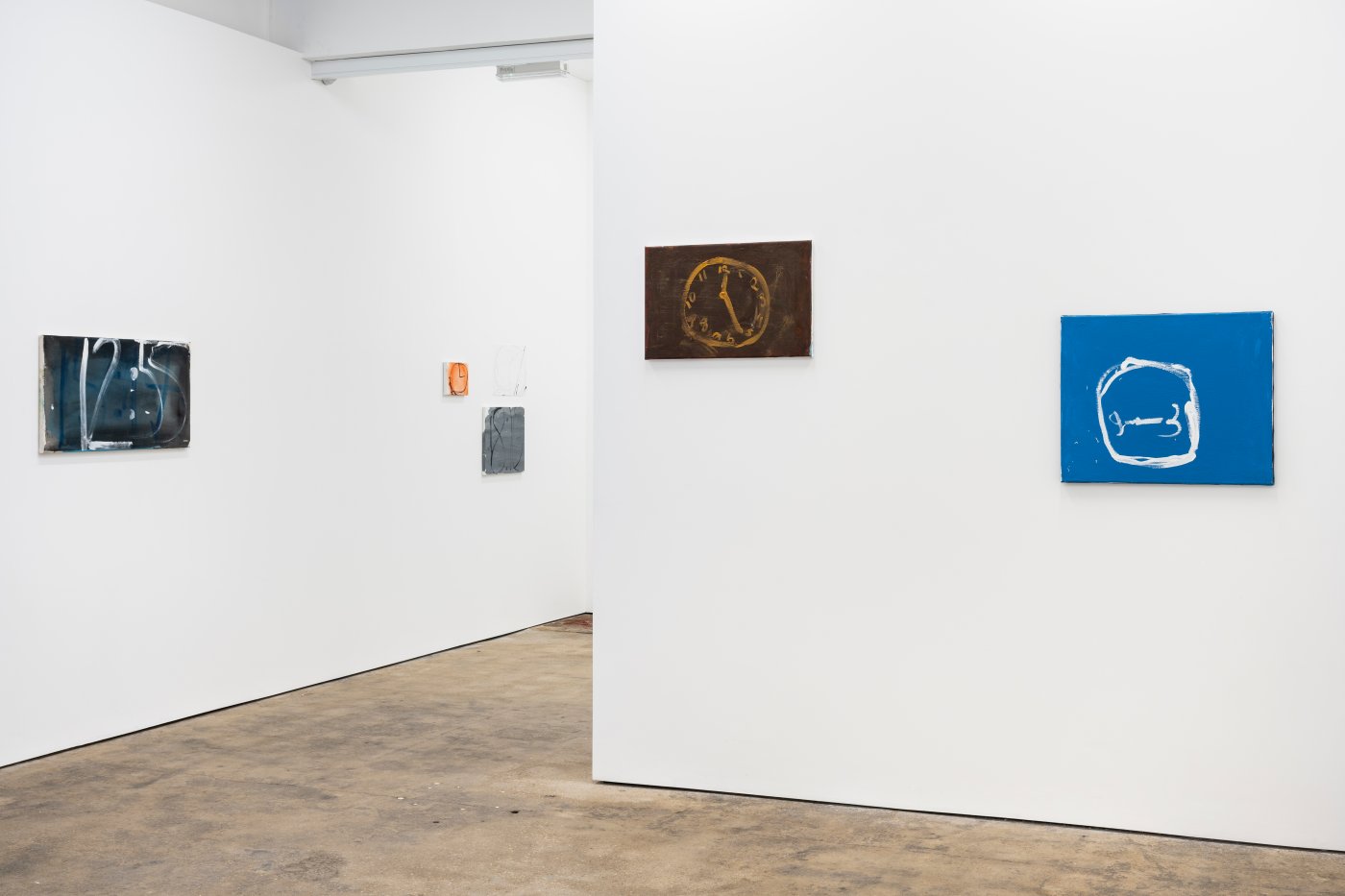 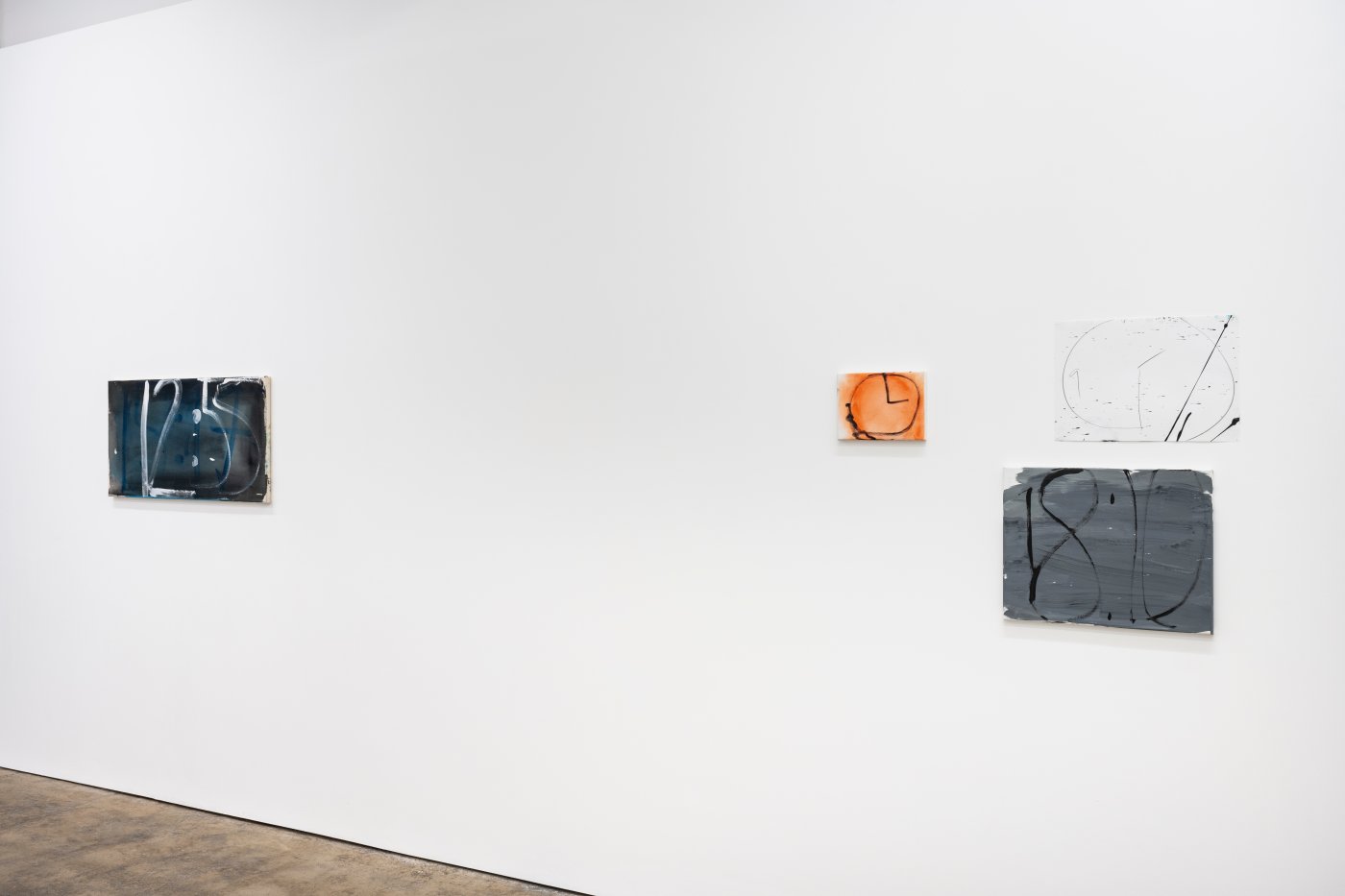 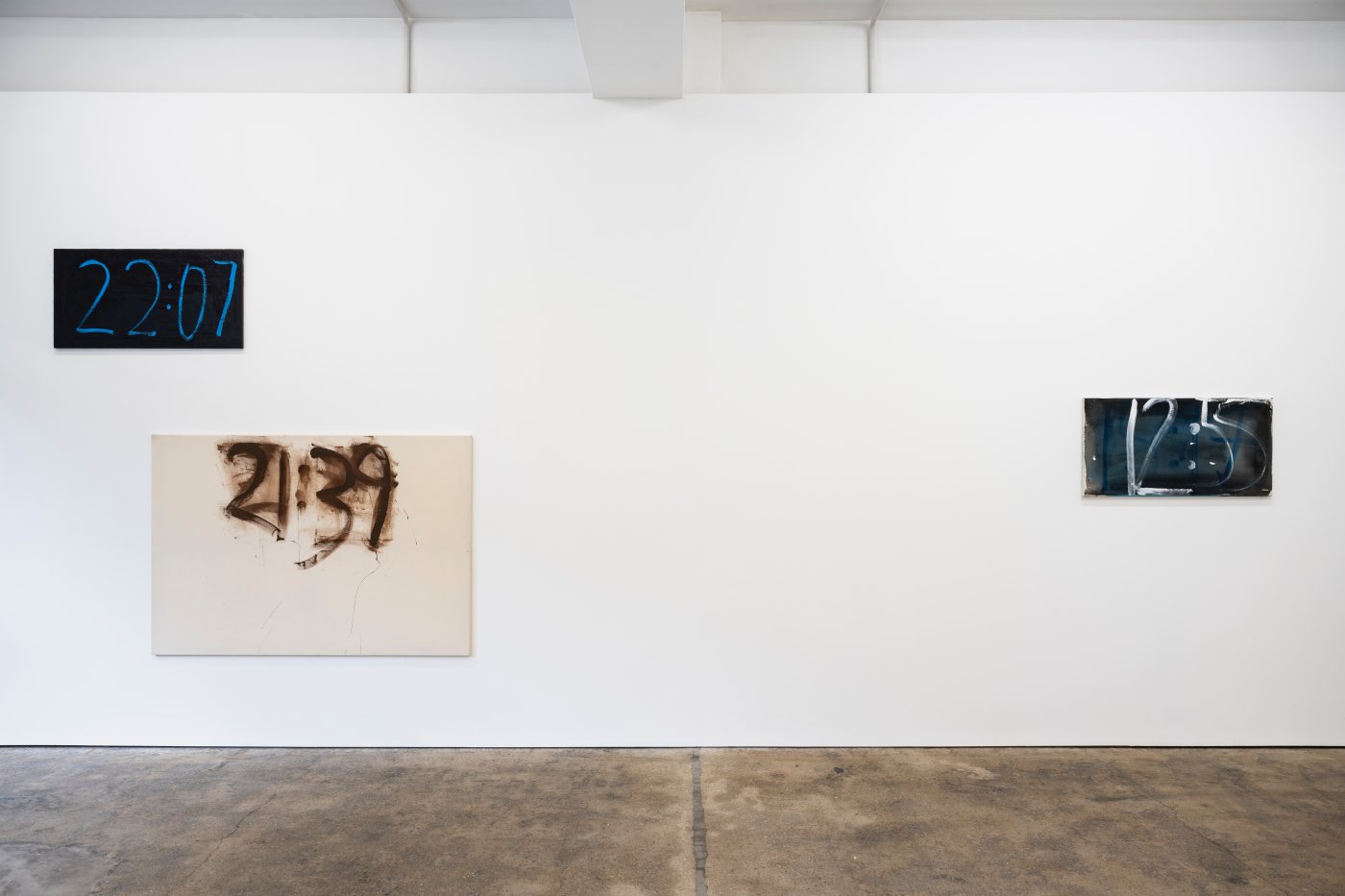 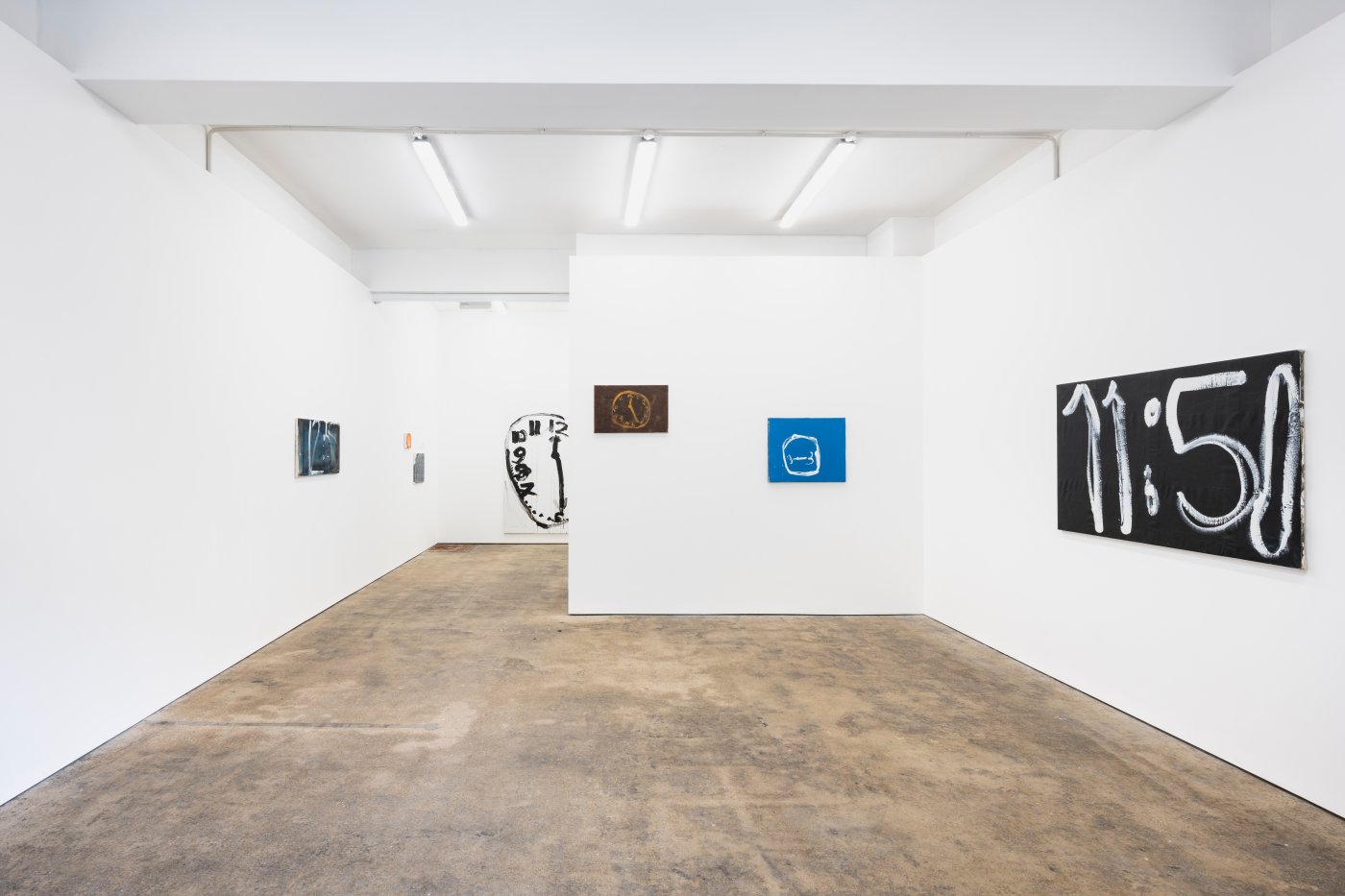 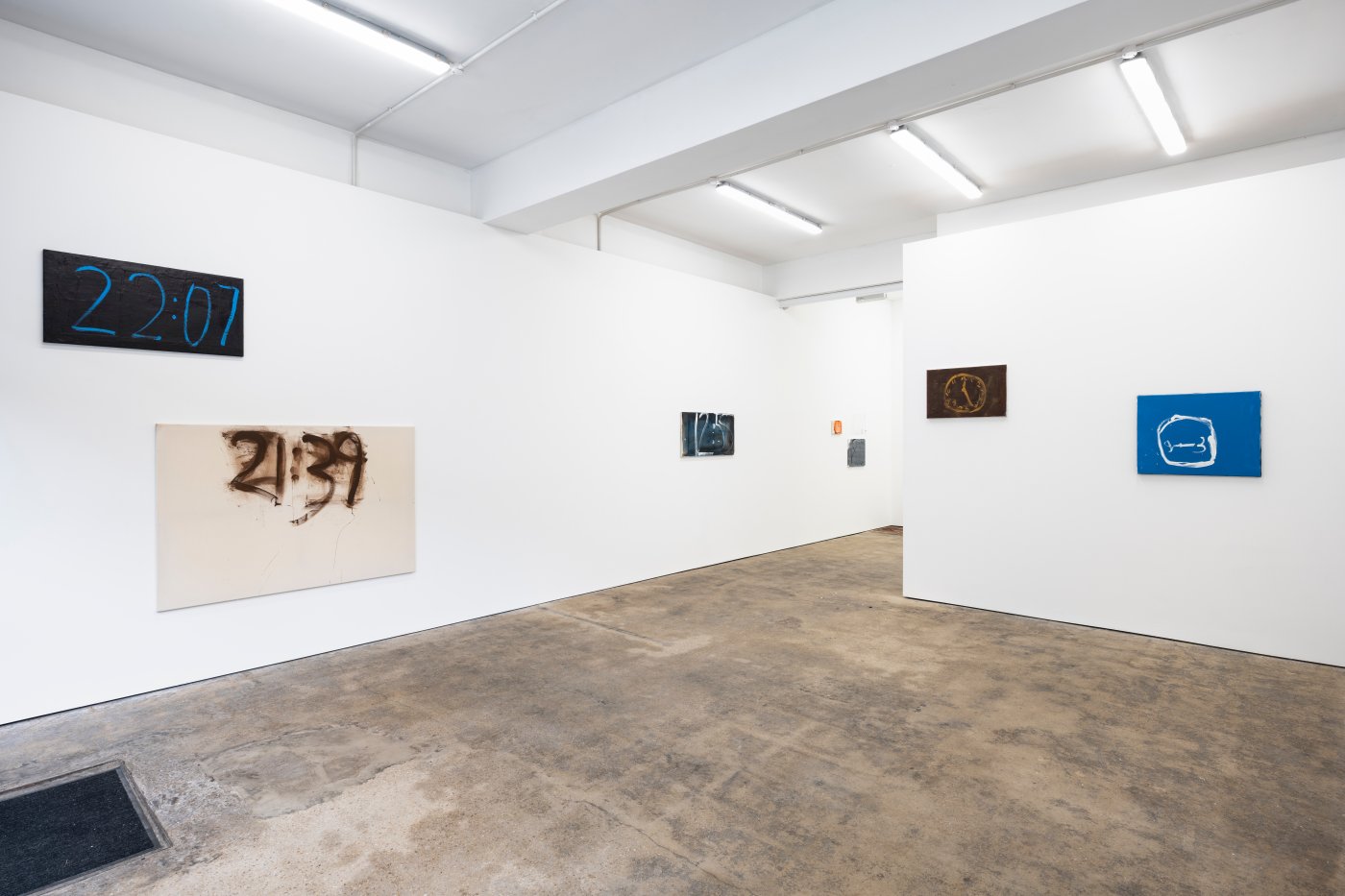 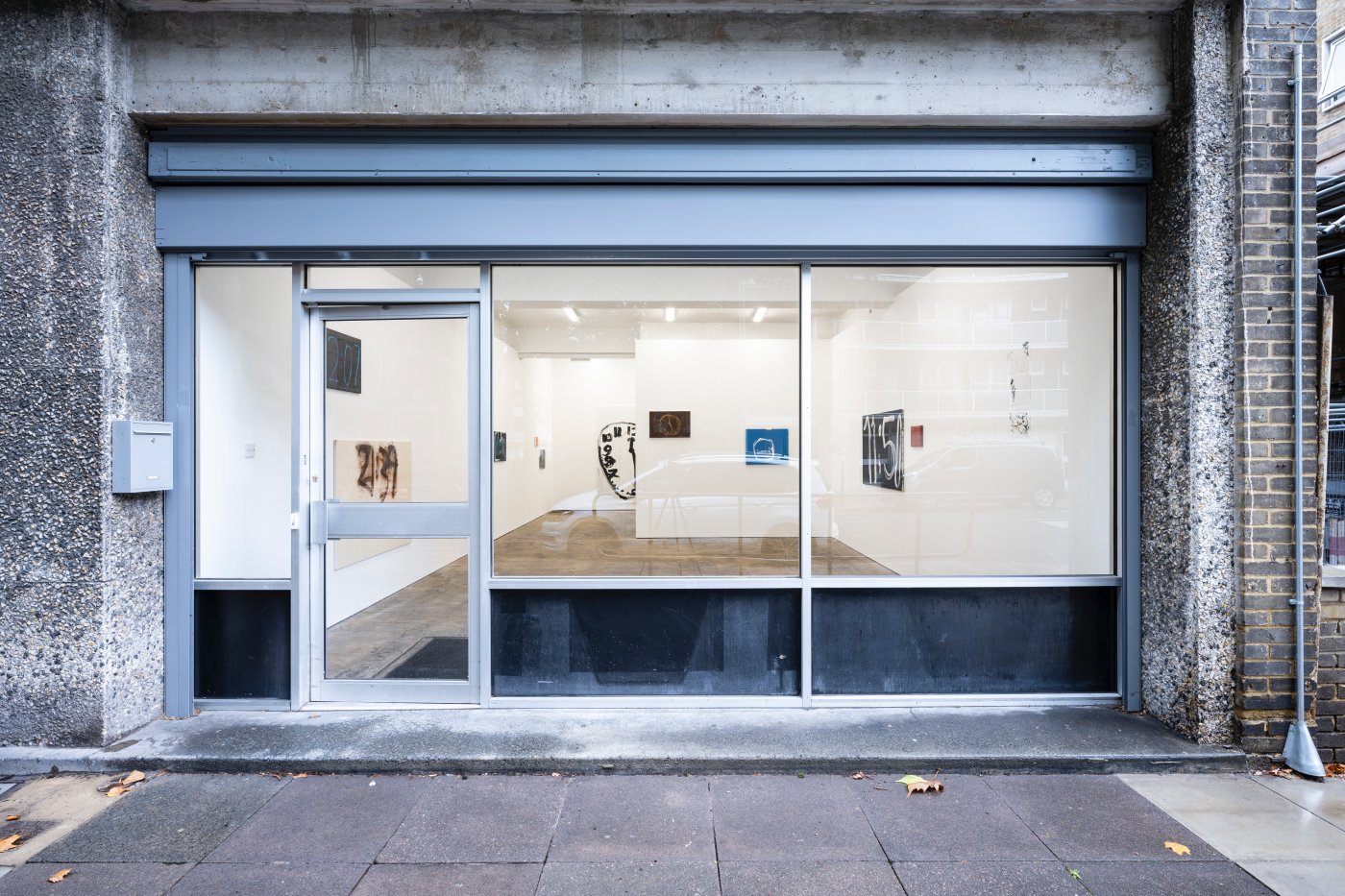 ‘Magnus Frederik Clausen’s work pushes the boundaries of painting as a medium and summons a new materiality of this practice. Processual, embodied, post-performative, and conceived in an economy of exchanges linked to the context of the first third of the 21st century, his oeuvre opens an active critical space. From a selection of recent works and some of his interviews, we will see that much of what he engages in is thinking about painting inaction, for an ecology and an epistemology of the latter, today, in a network. …

Delegating the making to another is a recurrent studio practice, from Rubens to Jeff Koons. However, in the era of the guilds and the artist-artisan, copying was the rule. It was mainly a matter of copying the master’s style. Moreover, apprentices or assistants only produced sections. When one thinks of conceptual art, from Lazlo Moholy Nagy’s Telephon Bilder (1923) to all the production practices that are not “from the hand of the artist,” the question remains that of production, of the death of the author/creator, of the series and of art without a trace of affect or brushstrokes. For the clock paintings, Clausen provided general instructions and left all of the makers/executors to interpret them in their own way. He didn’t only delegate the production/execution but also the choice of details and especially the style: the finish fetish. Variability is the order of the day. If Clausen chooses the format, brushes, colours, and the duration of the making, he leaves the freedom of style to the maker/executor. This frames the creative act and poses the division of labor in a different way. The style or way of doing is left to the assistant, taste and choice is left to the artist. Now, is this a non-homologous style? Chaotic? Alternative? Taste remains the artistic variable. But it is complex and difficult to define or transmit, moreover it changes according to Clausen’s mood. It is a little as though the undertaking were akin to a laboratory experiment to determine what would remain intrinsically of the creator’s share in the creative process: the coefficient of art. Value takes up position on the side of what is not (yet) delegable/transmissible. This alters considerably the notion of style as singular element and material signature, while turning over the Duchampian proposal of not ‘having anything to do with taste.’ Here, it is a taste, but without style.’

‘Work’ by Copenhagen based Magnus Frederik Clausen at Claas Reiss is Clausen’s first solo show in the UK and forms part of three separate solo presentations of his recent clock painting work group, all titled ‘Work’, at C.C.C. (Copenhagen), Claas Reiss and Braunsfelder (Cologne) during 2022.

The exhibition is accompanied by Magnus Frederik Clausen in conversation with Prof. Dr. Michael Schmidt about his current body of work’s similarities to music and the relationship between composer, conductor and orchestra, also drawing parallels to the musical processes of John Cage, Johann Sebastian Bach or Duke Ellington. The full conversation can be found here.

Schmidt is a musicologist and coordinator of the BR-KLASSIK program at Bayerischer Rundfunk and currently teaches at the Munich University of Music and Performing Arts and at the European Graduate School. He is particularly interested in the development and research of multimedia communication of music. His academic activities include numerous publications on music and media topics and he has held lectureships at various institutions in Germany and beyond.

Jordan Derrien and émergent magazine kindly gave permission to reproduce the recent interview with the artist in May 2022.

He also curator and co-founder of Jir Sandel in Copenhagen, editor and contributor of various art publications, and recipient of the prestigious Niels Wessel Bagges Kunstfond honorary (2020) and Danish Arts Foundation grants (2021, 2019, 2018, 2017).