David Nolan Gallery presents MAD WOMEN, an exhibition profiling pioneering women gallerists Jill Kornblee, Martha Jackson, Eleanore Saidenberg, Eleanor Ward, and their respective exhibition programs that flourished along Madison Avenue in the 1960s. During a complex and fraught decade in American history, each of these groundbreaking women became an essential and defining part of the contemporary cultural landscape, all of which remains relevant today. 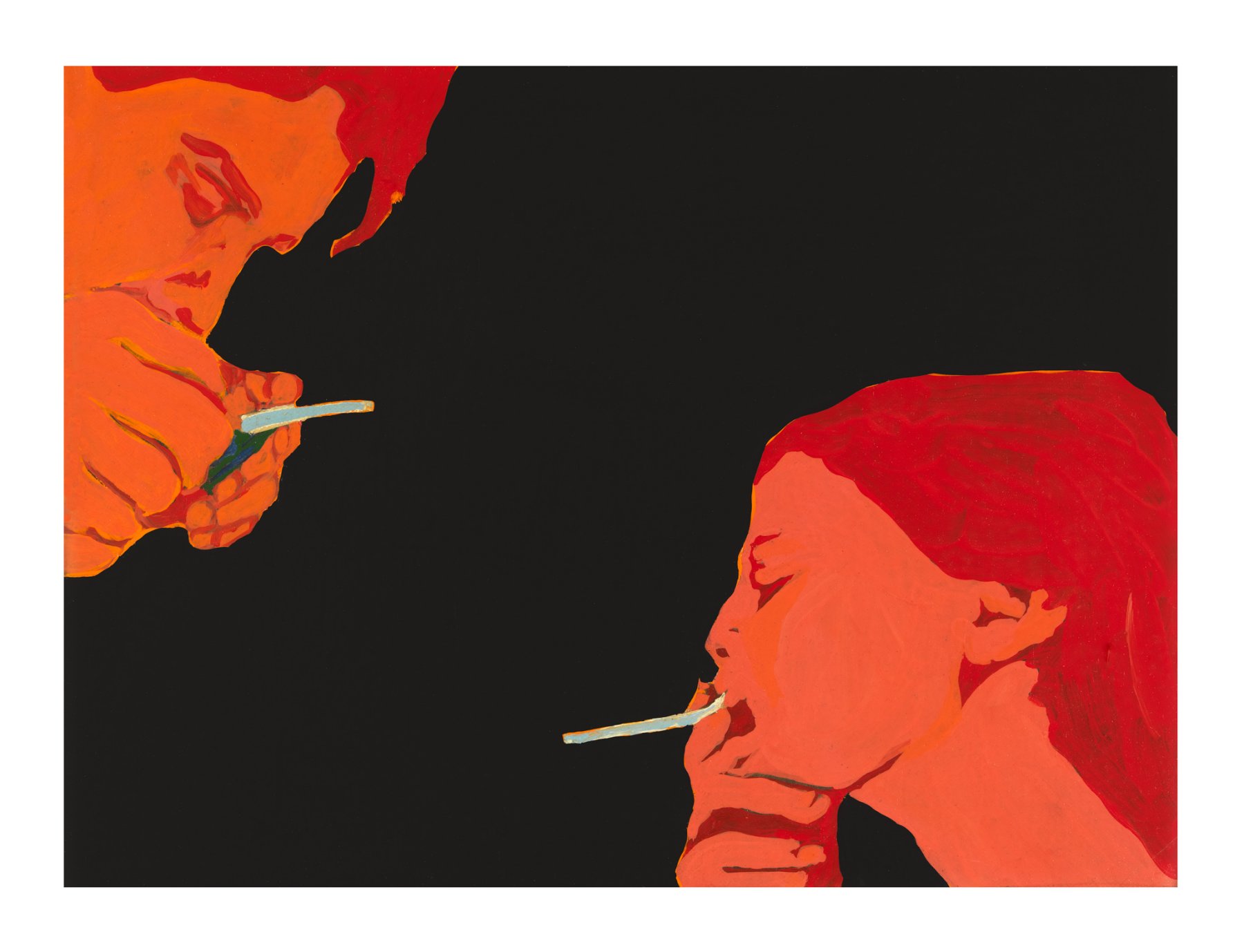 Madison Avenue, located on an Uptown-Downtown axis in Manhattan, is the ideal retail destination between the residential gold coasts and museums of Fifth and Park Avenues. Shops and galleries proliferated in the 1950s and 1960s along or close to Madison Avenue, forming a robust inter-connected community that catered to an expanding and inquisitive audience. Influential art critics Lawrence Alloway, John Ashbery, Dore Ashton, John Canaday, and Donald Judd were frequent Saturday afternoon visitors, moving amongst a fluid crowd of well-heeled clients and penniless young devotees of the more freewheeling Downtown art scene. Every Friday, The New York Times ran an expansive black and white patchwork quilt of printed ads, calling attention to the extraordinarily diverse array of the best of both European and American artistic creativity. It was in the midst of this fertile urban avenue of art and commerce that the Kornblee Gallery, Martha Jackson Gallery, Saidenberg Gallery, and Stable Gallery flourished.

In 1955, Eleanore Saidenberg, no doubt over the protestations of her almost exclusively male competition, was awarded the sole representation of Picasso for North America. Armed with an already vibrant classical exhibition program that included Paul Klee, André Masson, Julio González, and Jean Dubuffet amongst others, throughout the 1960s she became an early inspiration, mentor, confidant and supporter of the neighboring Madison Avenue dealers working in the often more arduous and volatile contemporary art field. It was an extension of her character and the professional concern for her colleagues that she became a founding member of The Art Dealers Association of America (ADAA).

Jill Kornblee, a reserved and intense graduate of Bryn Mawr College, opened her first gallery in 1961, moving soon after to 58 East 79th Street, where she quickly earned a reputation for being a dealer of astute intellectual and aesthetic vision. She gave inaugural exhibitions to such maverick talents as Michelangelo Pistoletto, Dan Flavin, Rosalyn Drexler, and Alex Hay.

Further down Madison Avenue, often dressed in Dior, Eleanor Ward reigned over Stable Gallery for close to twenty years with a similarly impressive roster of fresh talent, including Andy Warhol, Paul Thek, Marisol, and Joan Mitchell. Quoting Dore Ashton, “Eleanor [Ward] injected the art scene, which sometimes seemed a little bland, with a sense of urgency. Her decision, at a key time in American art, made Stable important.” Ward suddenly closed the gallery in 1970, when she felt “the art world had gotten too commercial. Although some dealers may get a ‘high’ from their sales, that aspect was far less interesting to me than discovering new artists, selecting work and installing the show itself.”

Less than six blocks away from Ward, Martha Jackson worked her own brand of personality and magic, a kindred spirit to Ward and Kornblee in both her evangelical approach to being an artist-centric dealer and emotional commitment to cutting edge contemporary art. Early exhibitions of such future art world luminaries as John Chamberlain in 1960, Lucio Fontana in 1961, Louise Nevelson in 1963, and Bob Thompson in 1964 are just a part of this compelling story until her untimely death in 1969 at age 62.

Where ultimately only four dealers became the necessary curatorial focus of this exhibition, it should be noted that there were a heartening number of other quality galleries run by women along Madison Avenue at that time: Grace Borgenicht, Antoinette Kraushaar, Helen Serger, Marian Willard, Virginia Zabriskie, Gertrude Stein, and even a young Paula Cooper (then under the name of Paula Johnson) either initiated, nurtured, or inherited serious and well considered programs that warrant acknowledgment.

Jill Kornblee, Martha Jackson, Eleanore Saidenberg, and Eleanor Ward each possessed that essential talent of a keen and prescient eye working in tandem with an innovative and responsive approach to a business that was often as challenging as it was rewarding. Their shared passion and courage, exemplified by the advocacy and connoisseurship reflected in each of their exhibition programs, remain a testament to a tenacity and brilliance that is worthy of closer attention. In a curatorial celebration of the very artists that helped define their respective legacies, it is our pleasure to bring these four women together, examine their extraordinary careers, and highlight the connective tissue that bound them together in a special time and place.