Omer Tiroche Gallery presents Mnēmē, a solo exhibition by multi-disciplinary artist Maayan Sophia Weisstub. Utilising a diverse array of mediums, including installation, video and photography, Weisstub’s work explores the emotionality and depth that can be found in the mundane, highlighting the meaning that we can place onto everyday objects and occurrences. By including items with specific significance to her and her family, Weisstub also adds a layer of personal meaning to her work, reflecting on loss, nostalgia, and how we have learned to cope with the inevitability of death. 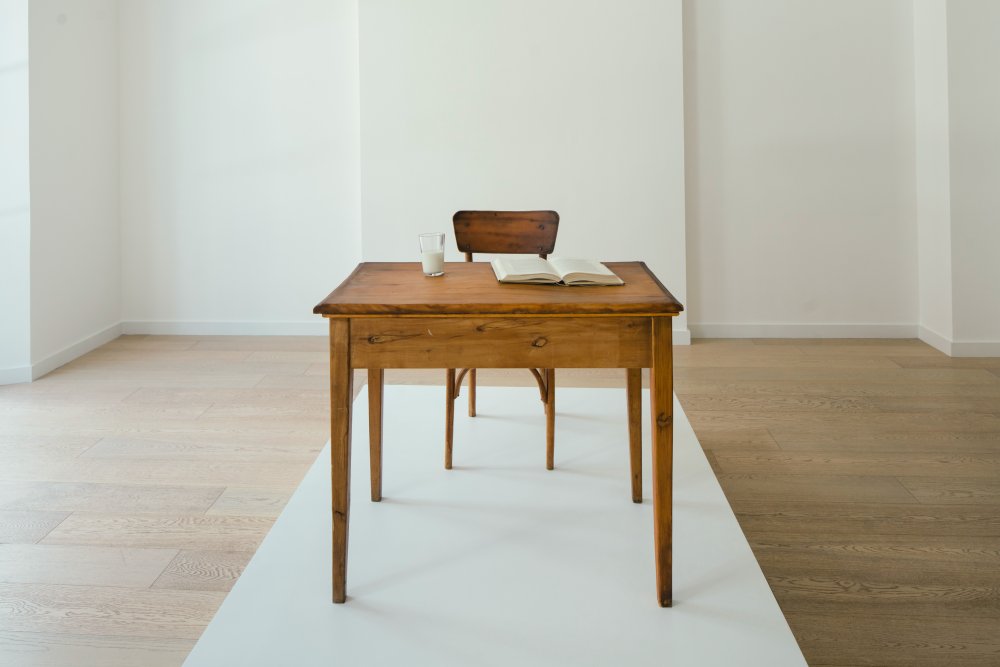 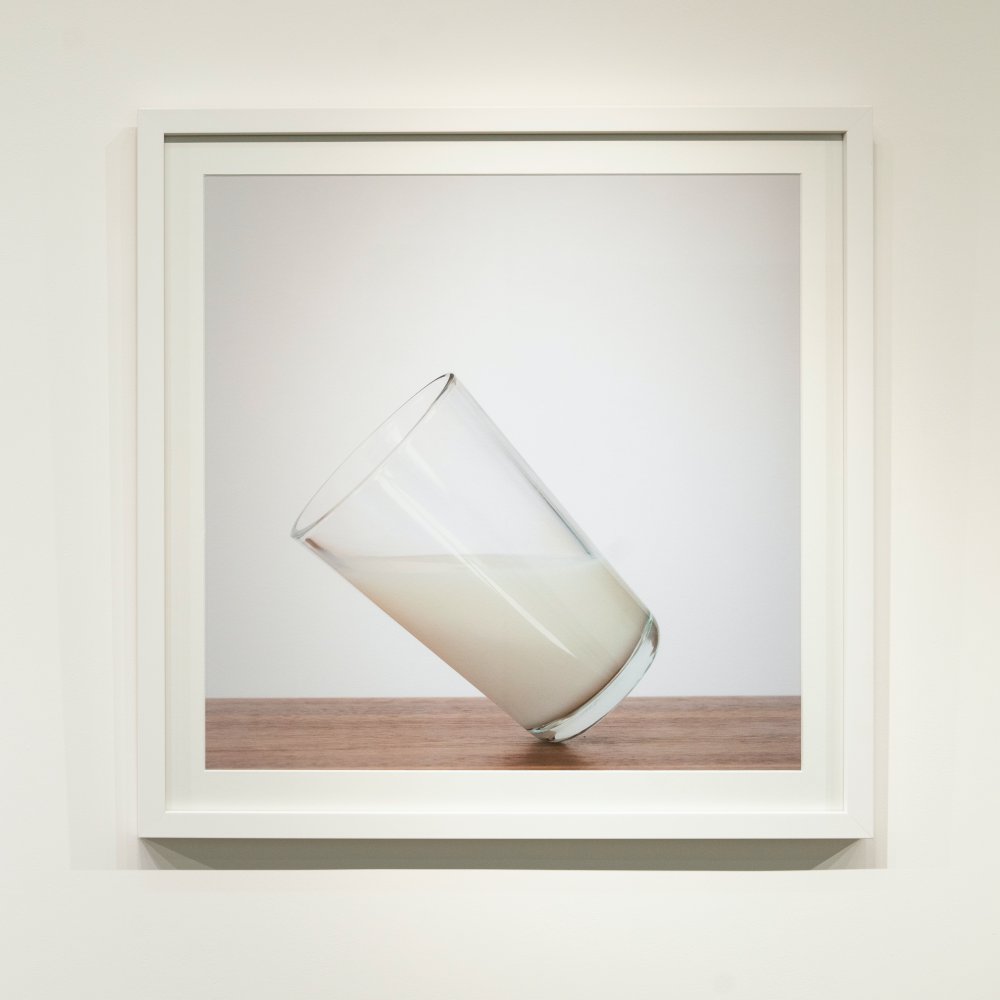 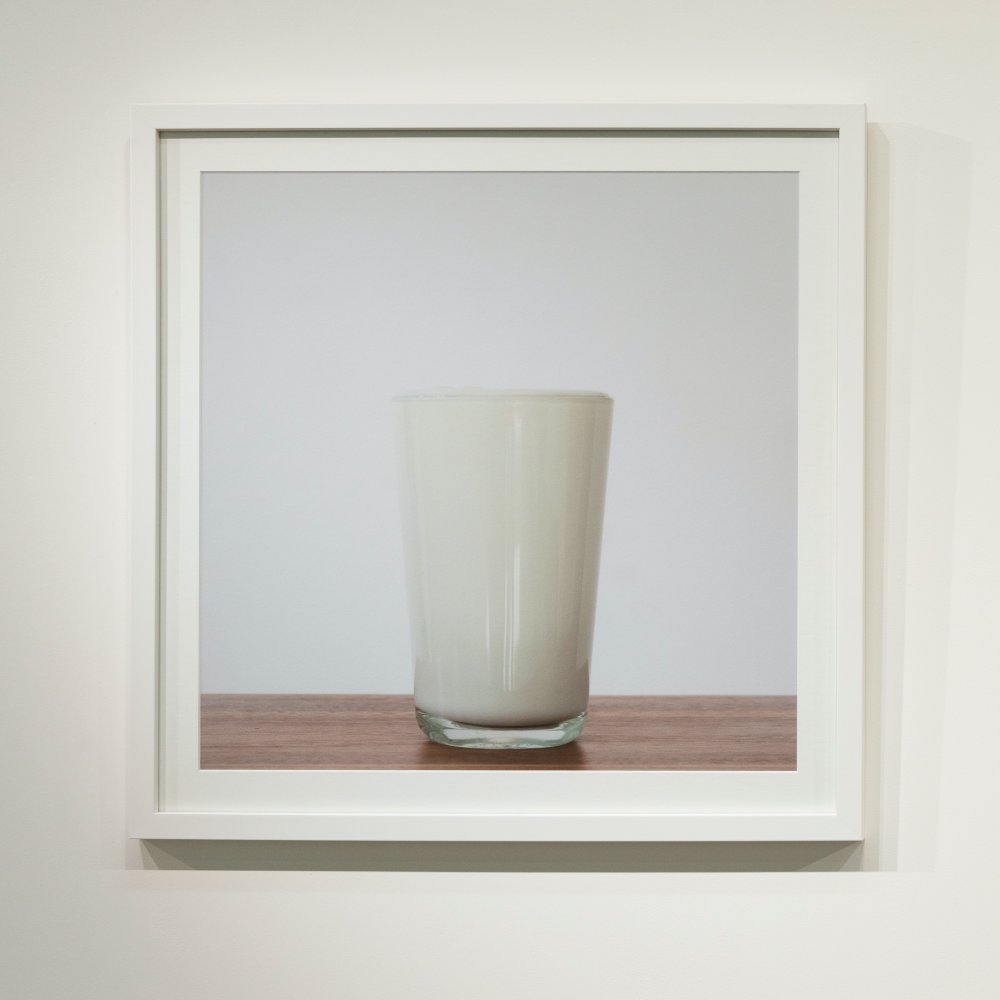 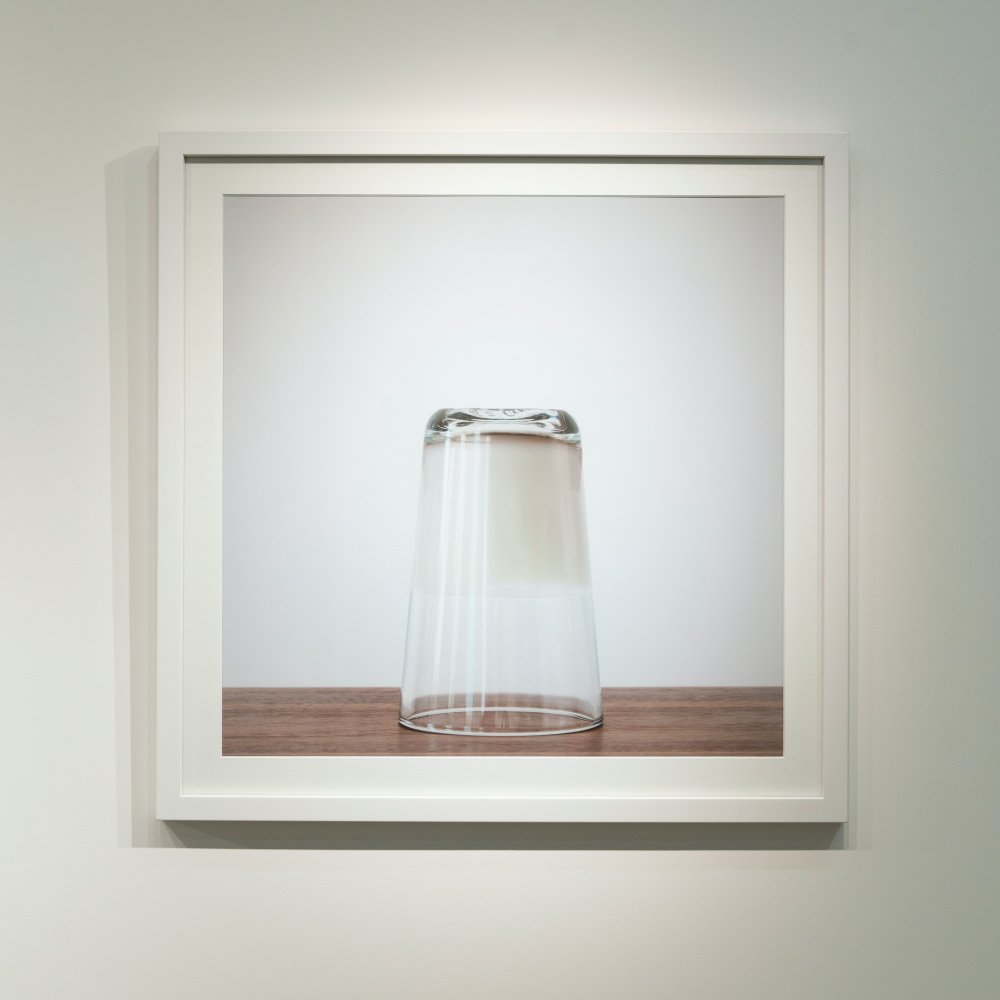 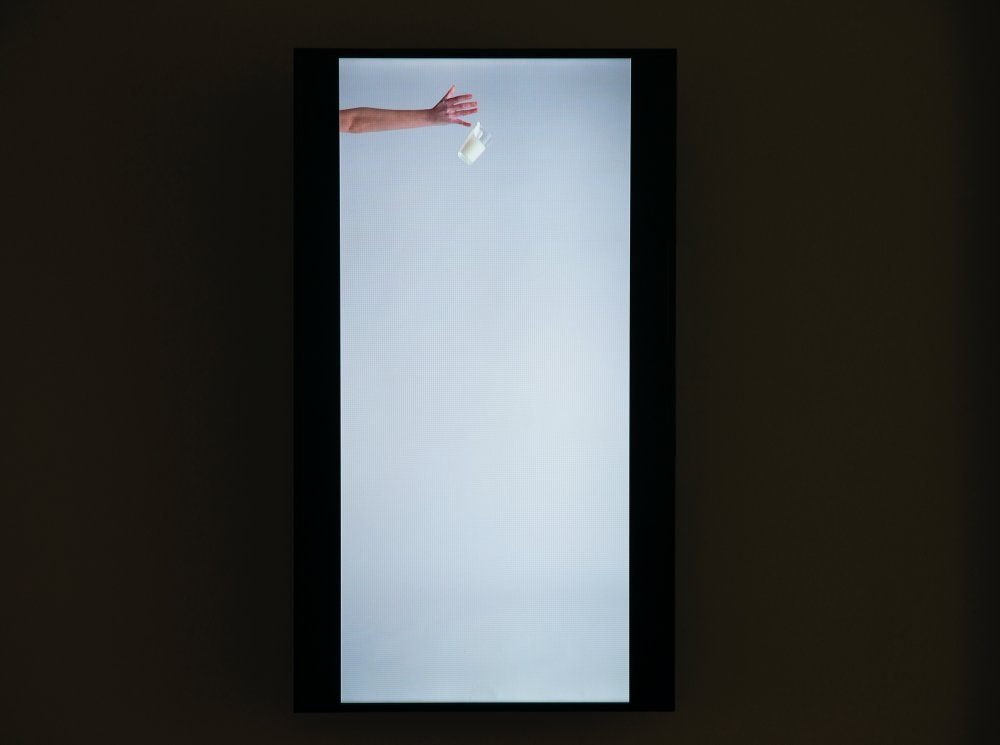 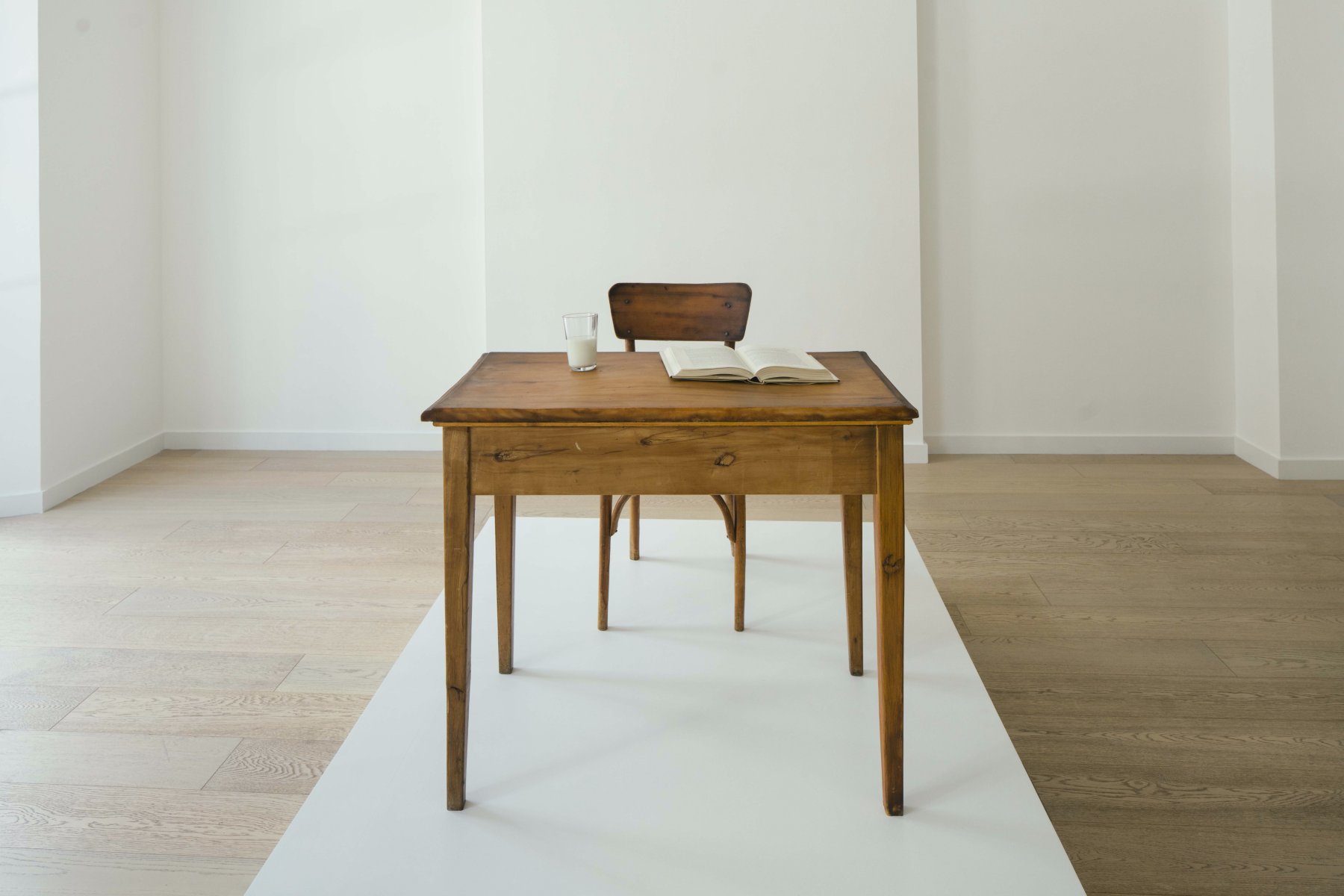 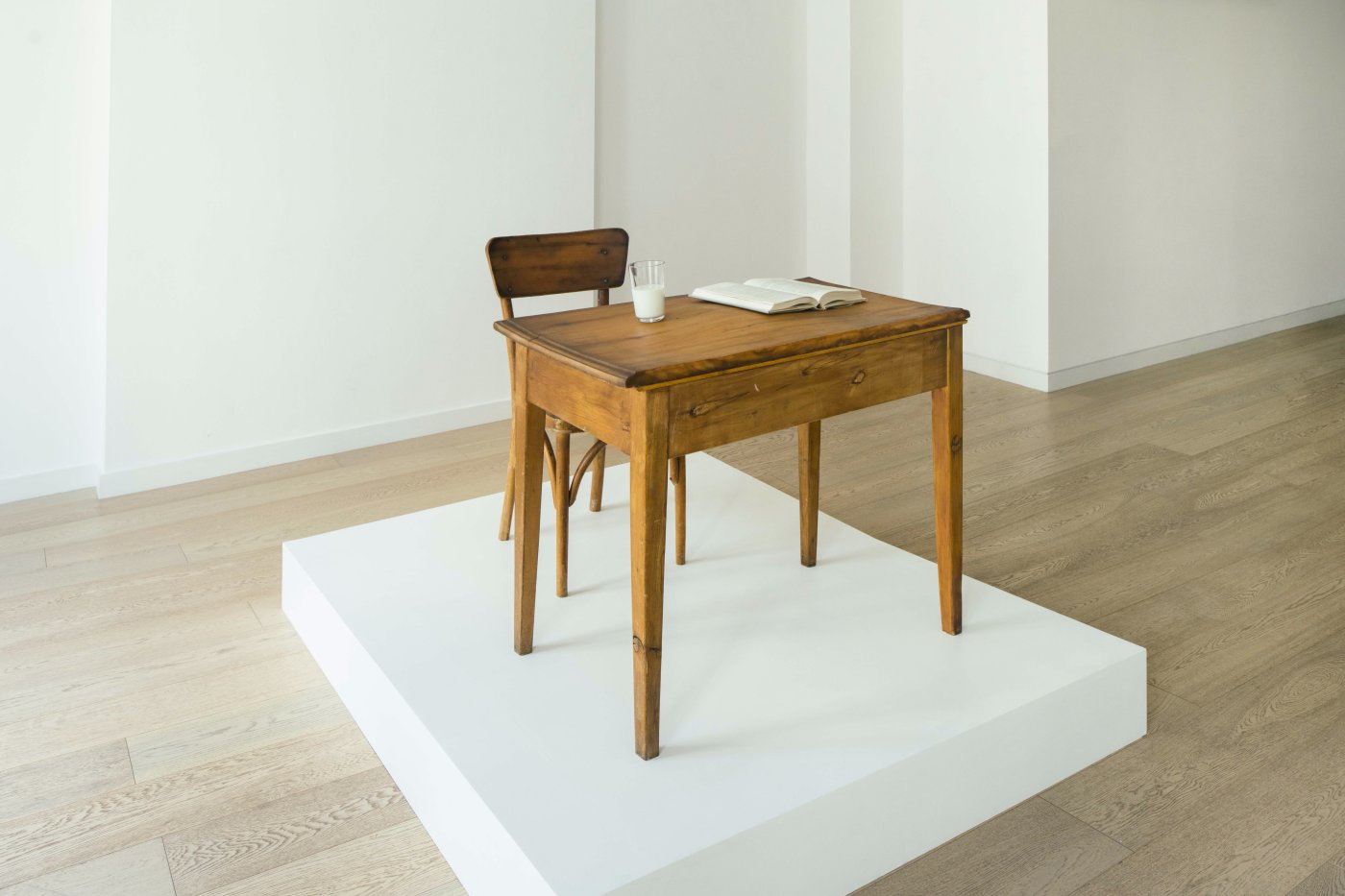 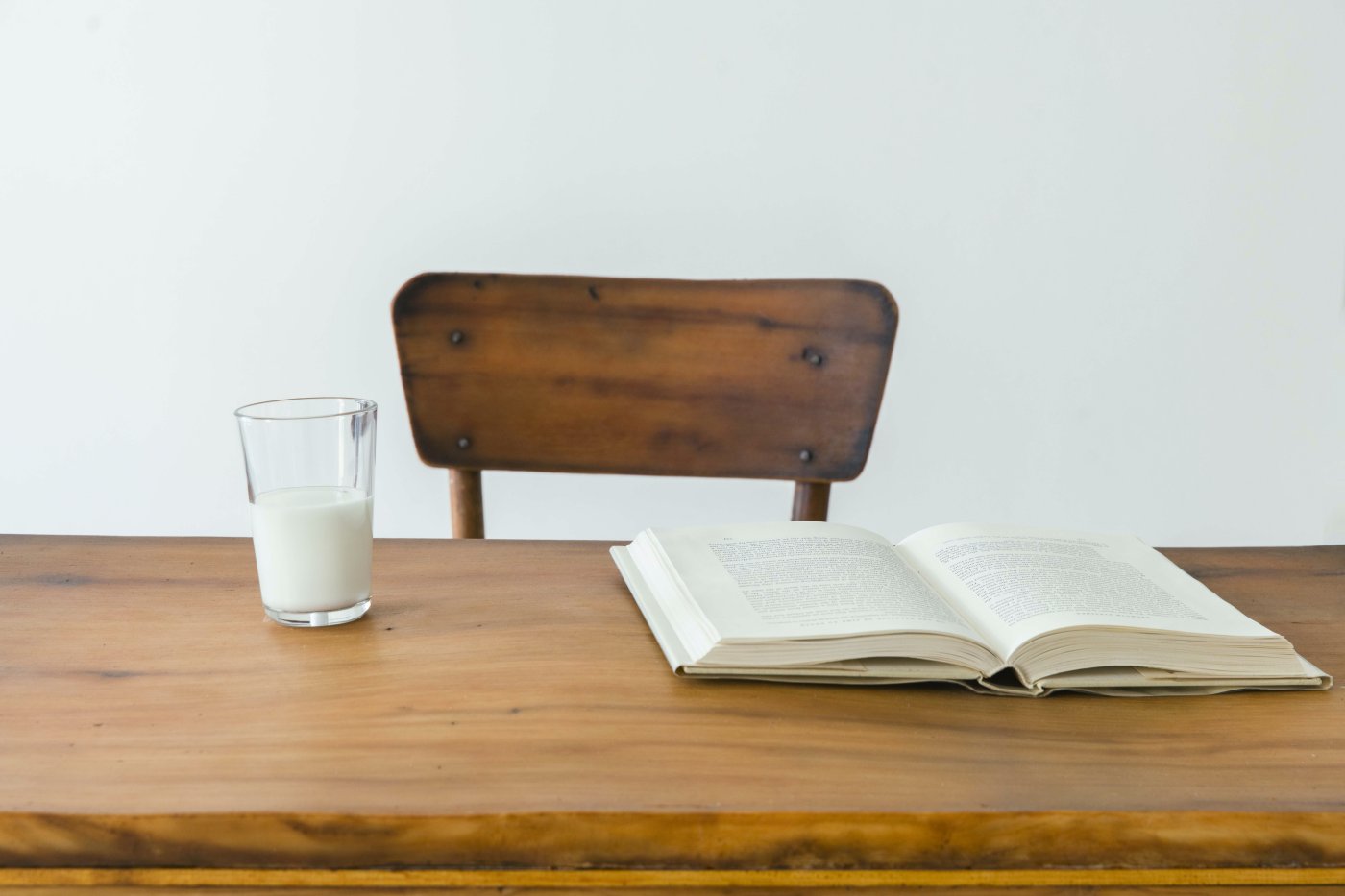 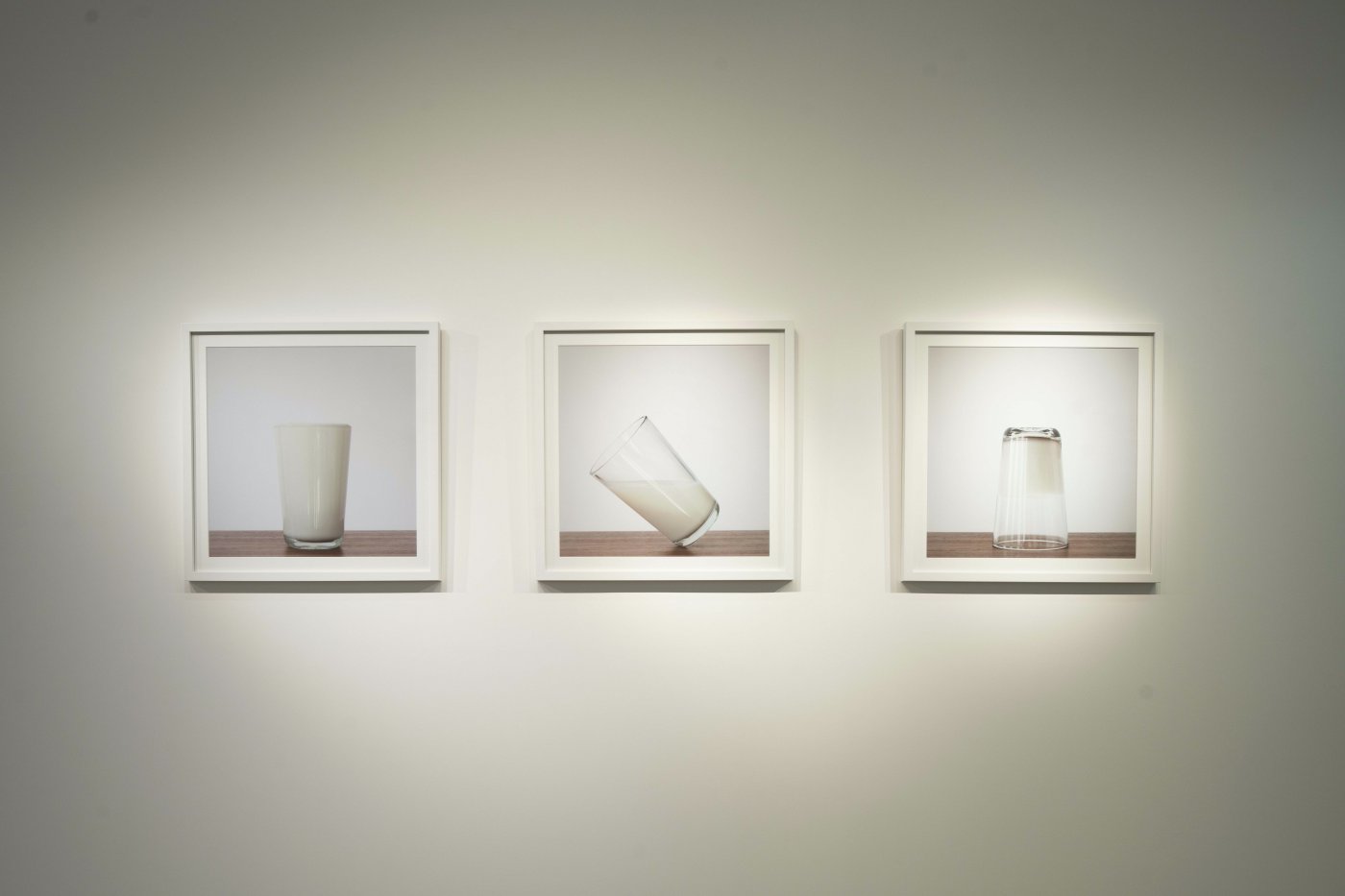 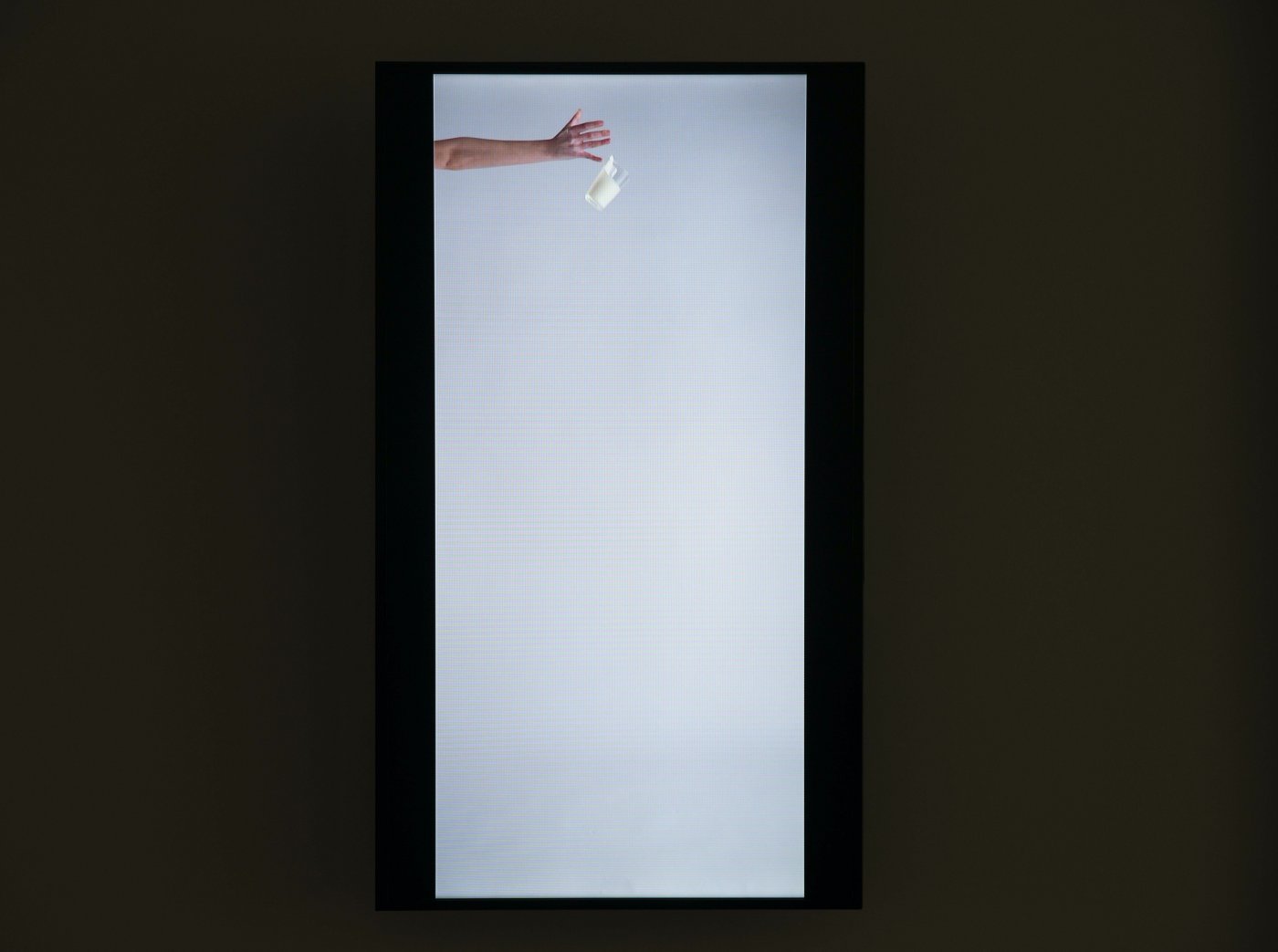 The exhibition is centred around an installation, Mnēmē, which is comprised of a desk, a chair, a book and a glass of milk. While the scene seems commonplace, closer examination reveals that each object is subtly breathing in different rhythms. The setting thus fills the space with an animate presence, reflecting on the vital associations that each of the elements hold. Each object also has particular meaning for Weisstub, including the book, Papers from the Eranos Yearbooks, edited by Joseph Campbell, which was in her late father’s library. It is left open a resonant essay by Helmuth Plessner discussing the relationship between time and death. The title of the installation, Mnēmē, the Ancient Greek word for memory, speaks directly to this subject.

For Weisstub, the book itself stands as a symbol of spirituality, knowledge, and masculinity, and is juxtaposed by the glass of milk. A feminine symbol of nourishment and abundance. Even the chairs and table have significance, as they are replicas of her father’s 1950s furniture. As objects with permanence and continuity, they offer a nostalgic link to the no longer accessible past and represent dualities found throughout Weisstub’s practice: the inanimate and the living, the masculine and the feminine, the material and the spiritual.

The installation is accompanied by a related video piece and a selection of Weisstub’s collages. The video work, A Melody, shows Weisstub dropping a selection of objects that fade away before they reach the bottom of the screen. The film relates to the loss inherent to the main installation, as Weisstub lets the objects go and watches them fade away like a forgotten memory.

The photographs, which Weisstub created for the exhibition, pick up on the sense of progression contained in A Melody. Here, the milk is captured in a frozen moment directly before the outcome is revealed— before the overfilled glass spills down the sides or before the falling glass empties across the surface. They are caught in a fragile moment of transition that, for Weisstub, represents the progression from life to death.

Mnēmē examines how our relationships and experiences can alter the functionality and meaning of banal objects. Breathing life into items that evoke nostalgia, Weisstub reflects on the preservation of the past and the feeling of loss.

Weisstub (born 1992) is an interdisciplinary artist currently completing her IED (Information Experience Design) at the Royal College of Art, London. Weisstub was included in the 24th Gabrovo Biennial of Humor and Satire in Art and has shown at the Lothringer13 Halle (Munich), Pavlov’s Dog (Berlin), and Millepiani (Rome). Her work has also been featured in “Based Istanbul” magazine, “Kaltbult” magazine,” Design Taxi” and many more.

Courtesy of the artist and Omer Tiroche Gallery