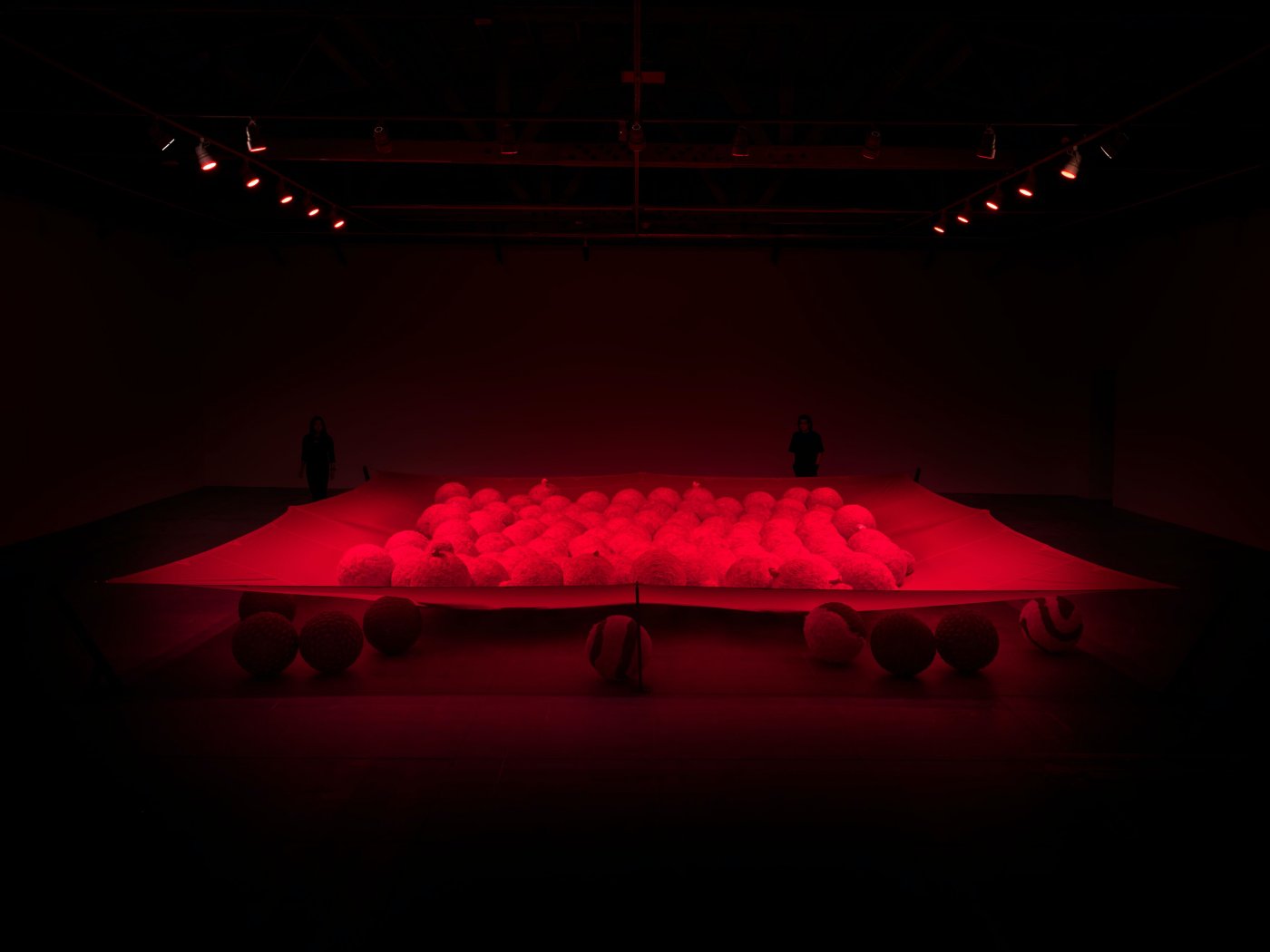 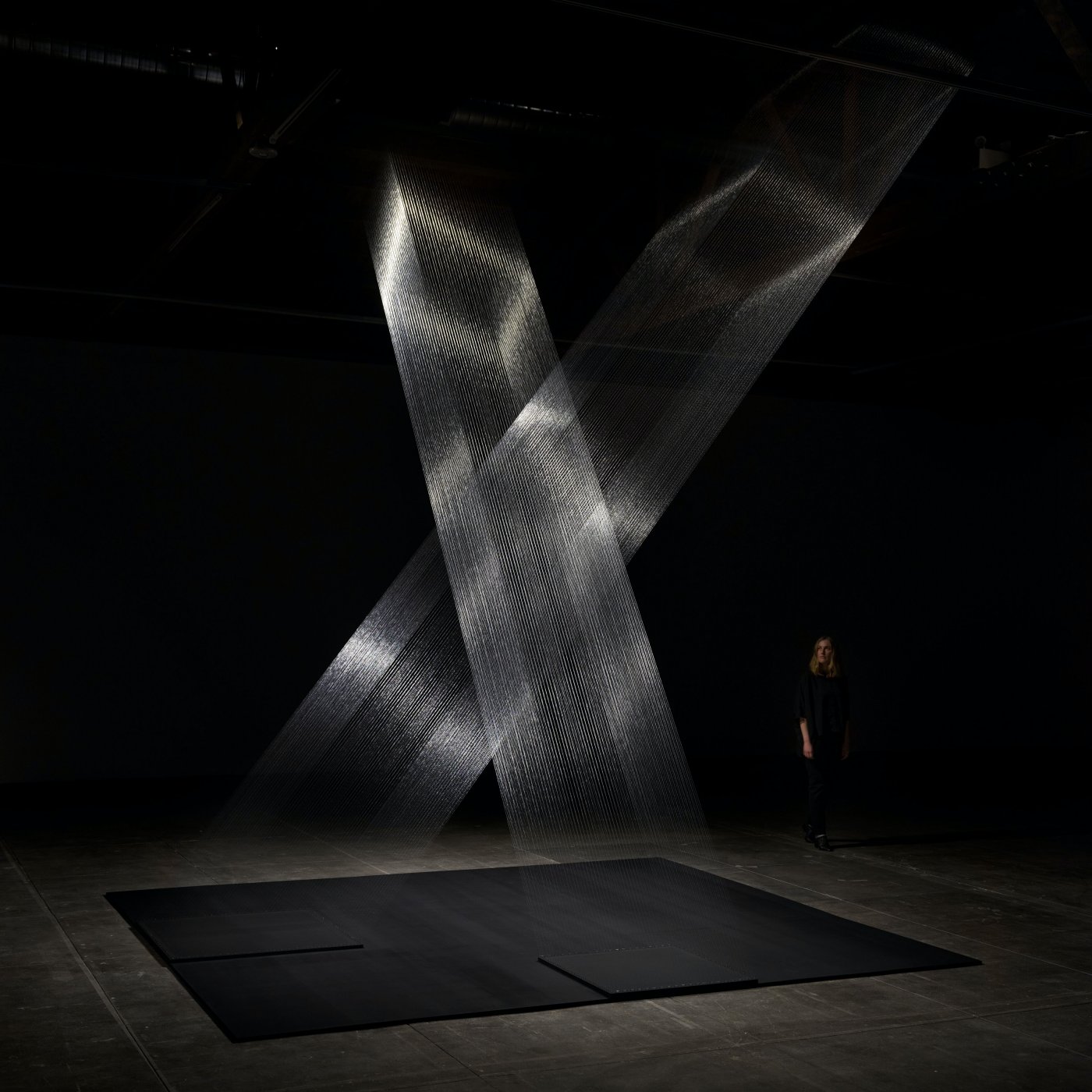 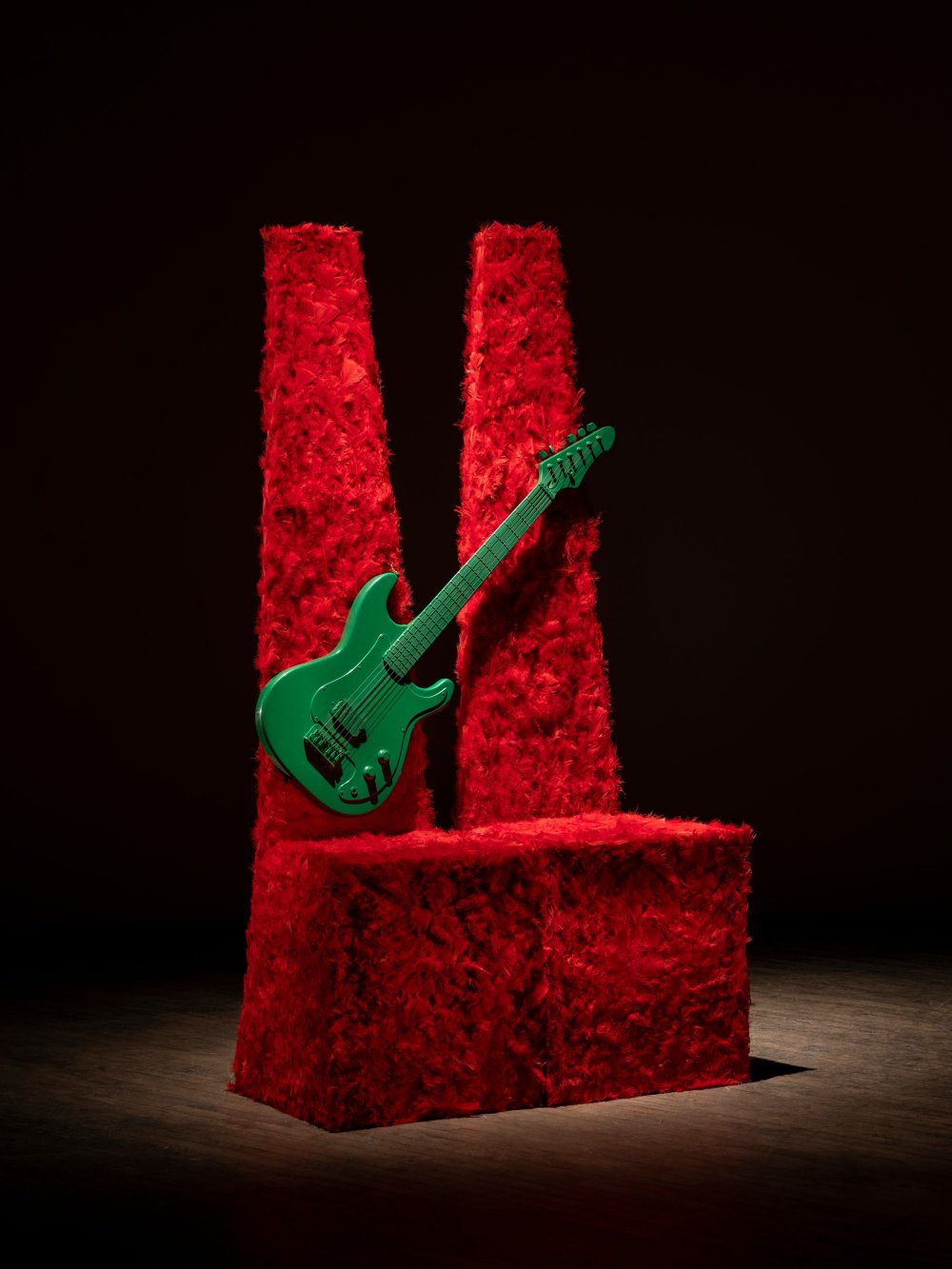 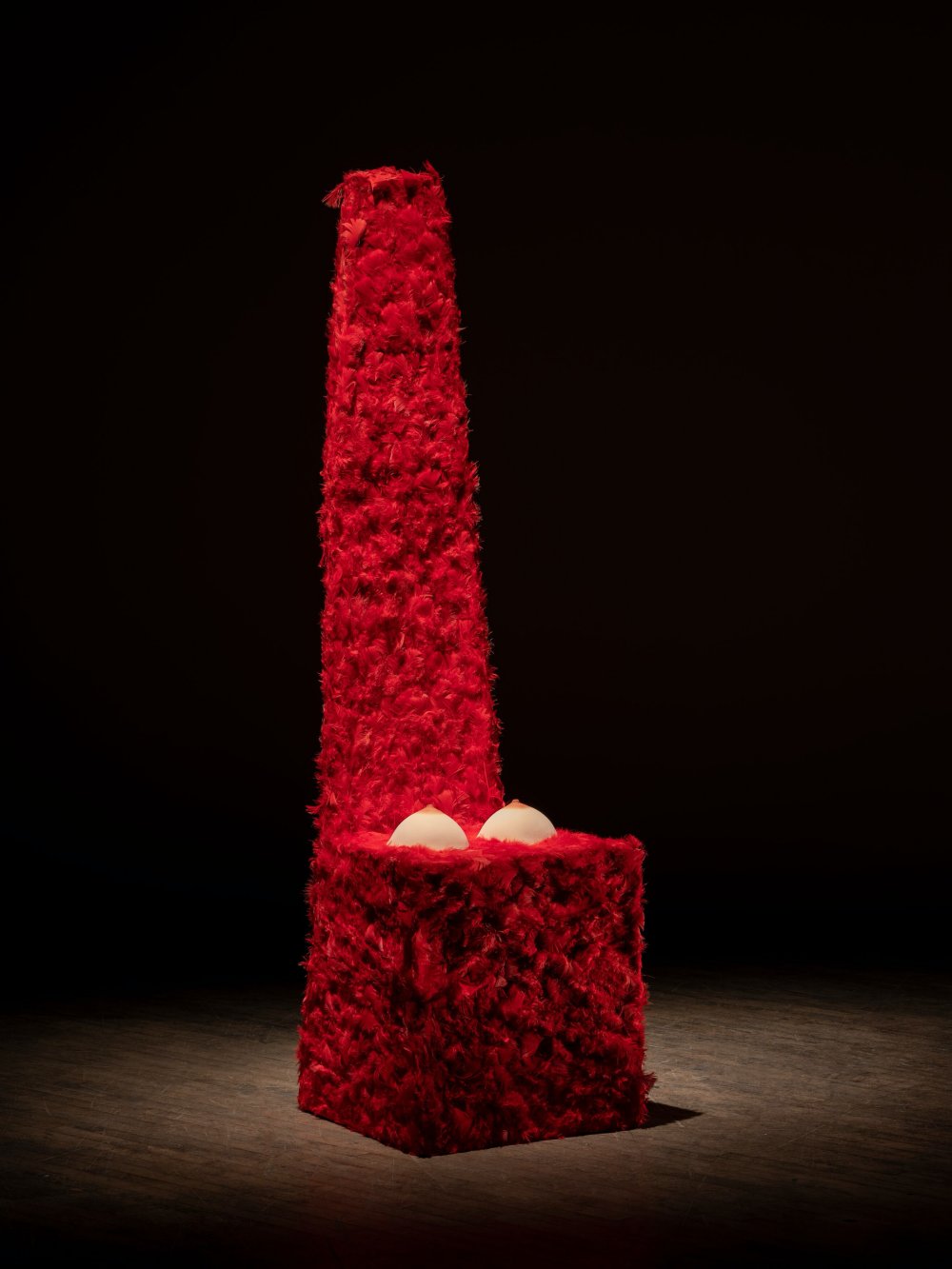 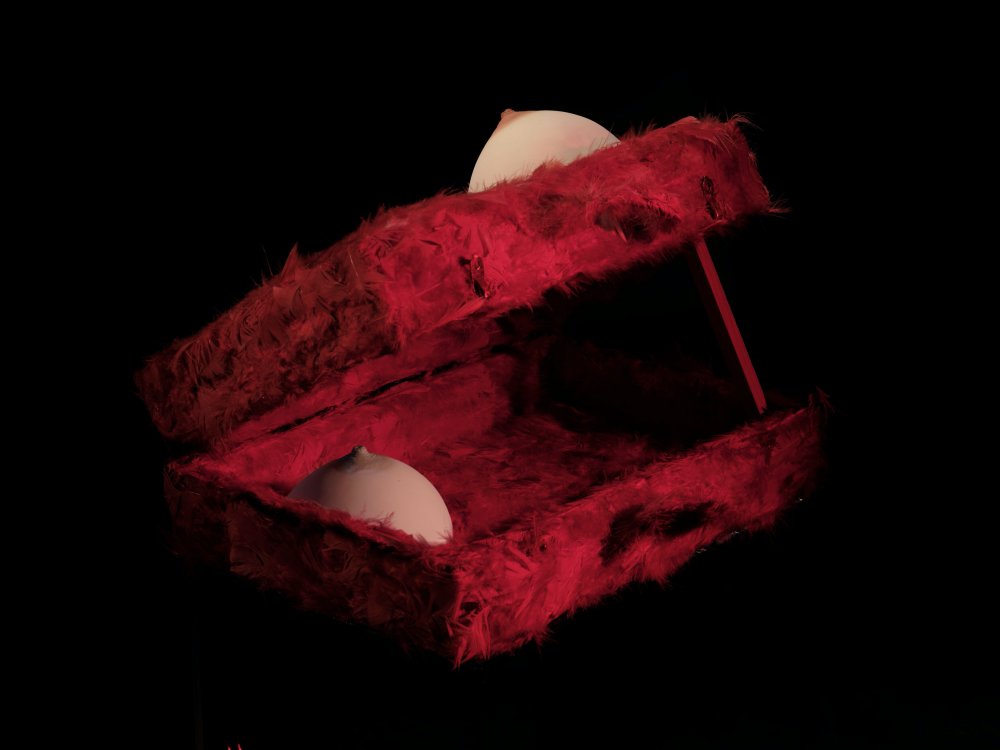 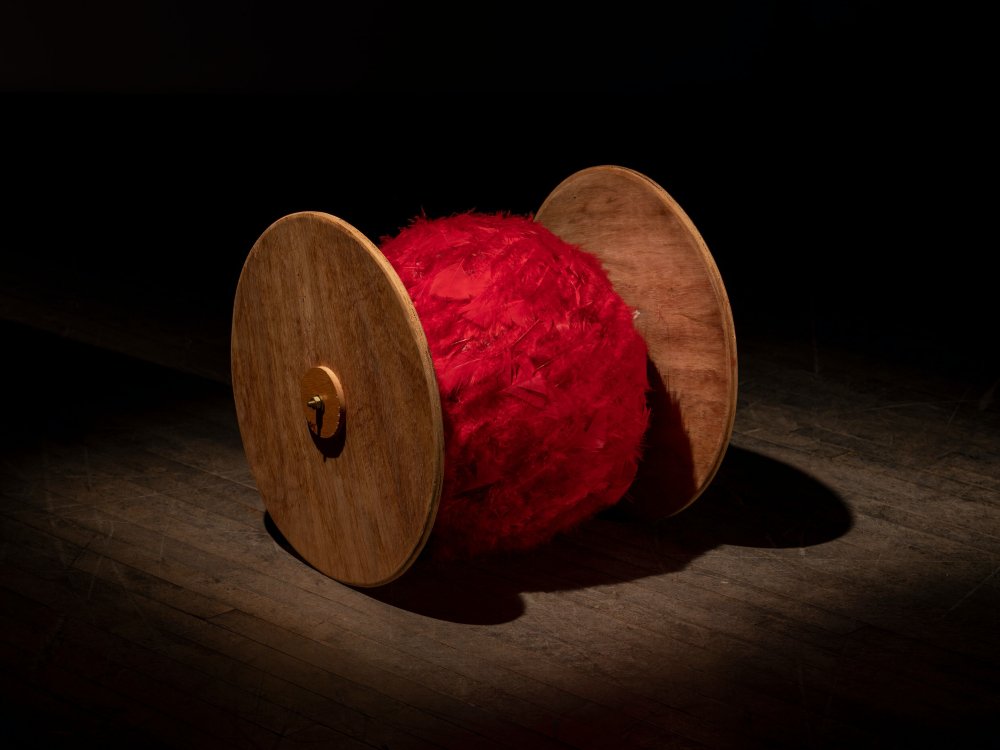 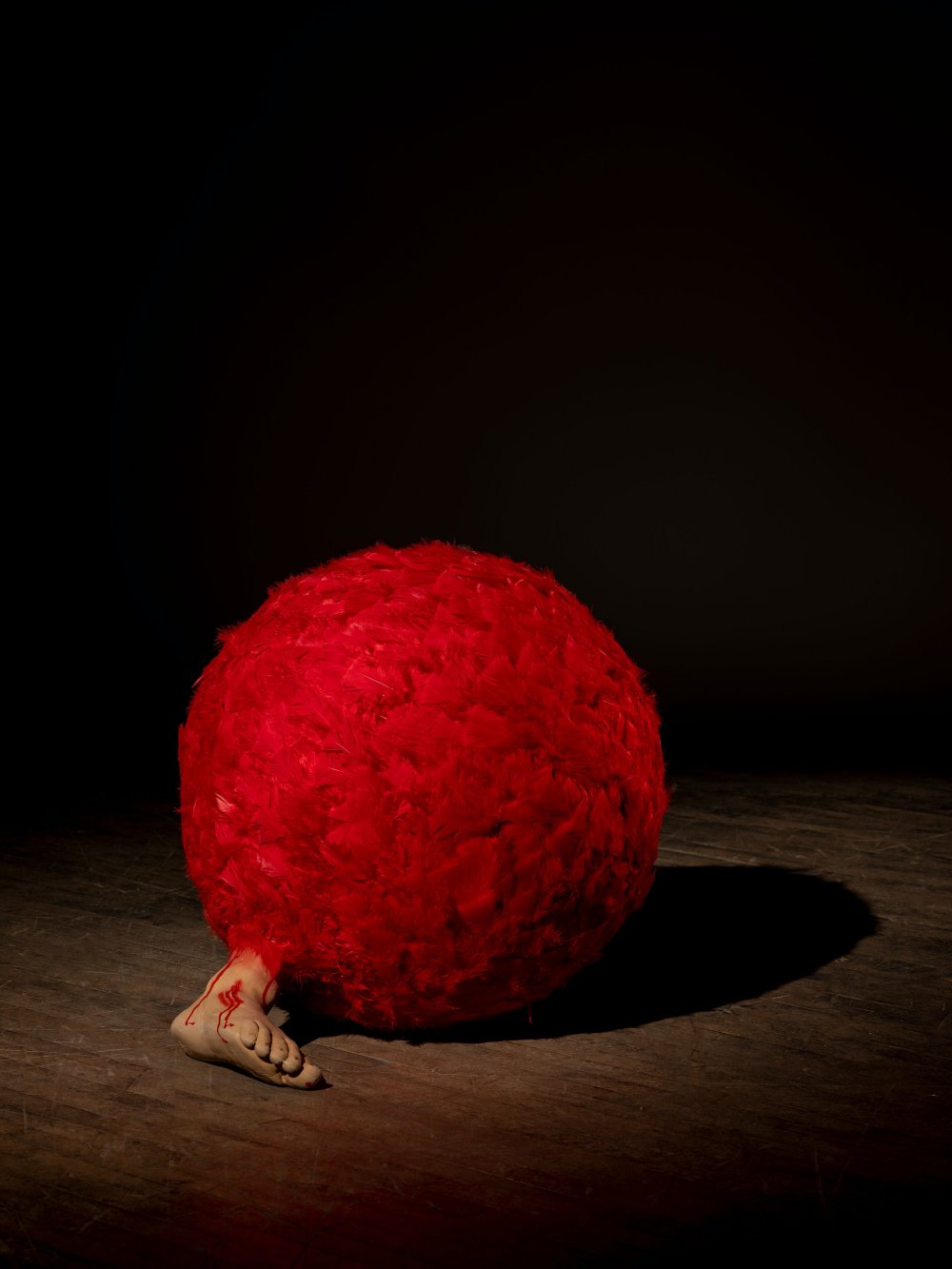 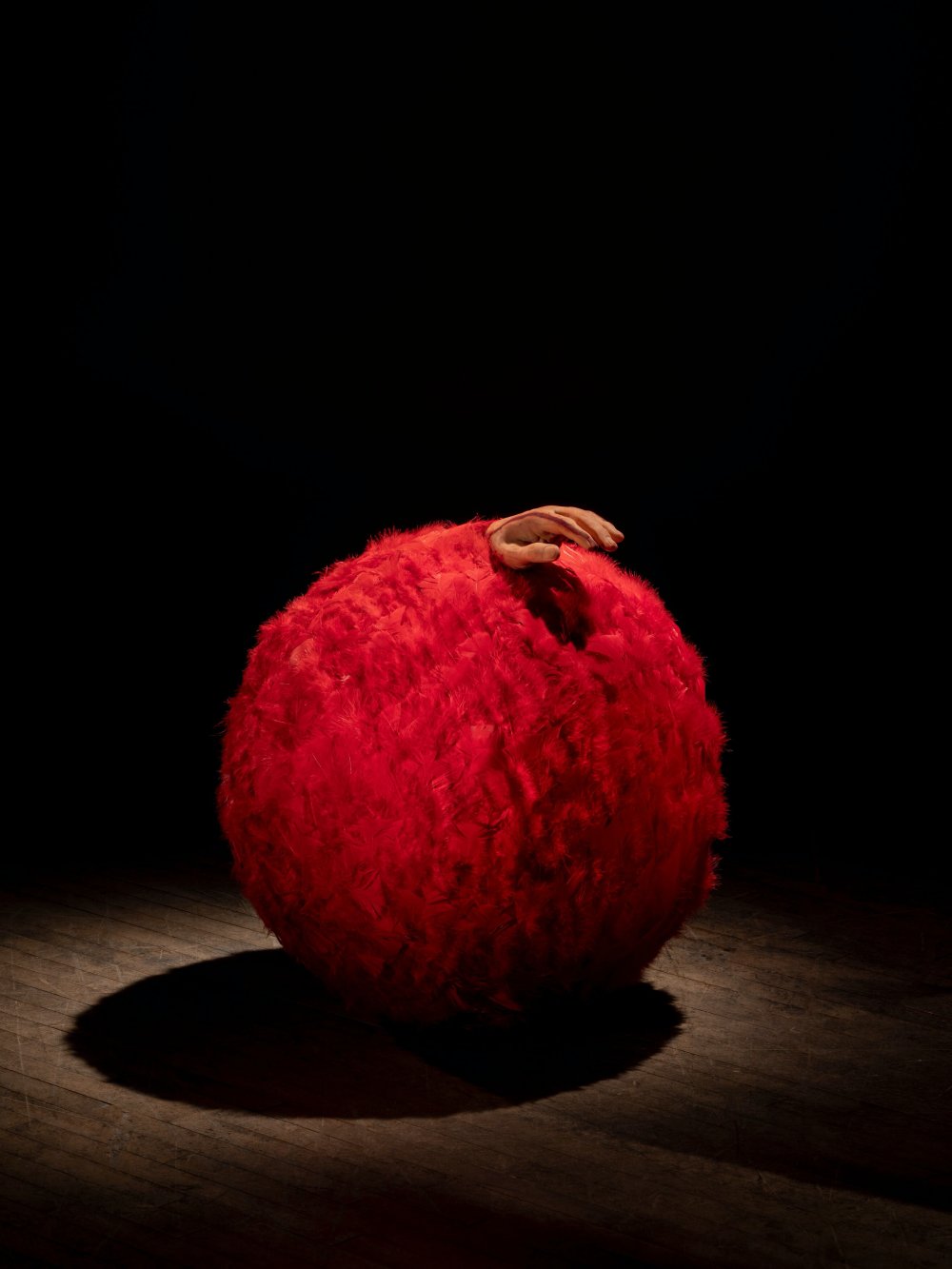 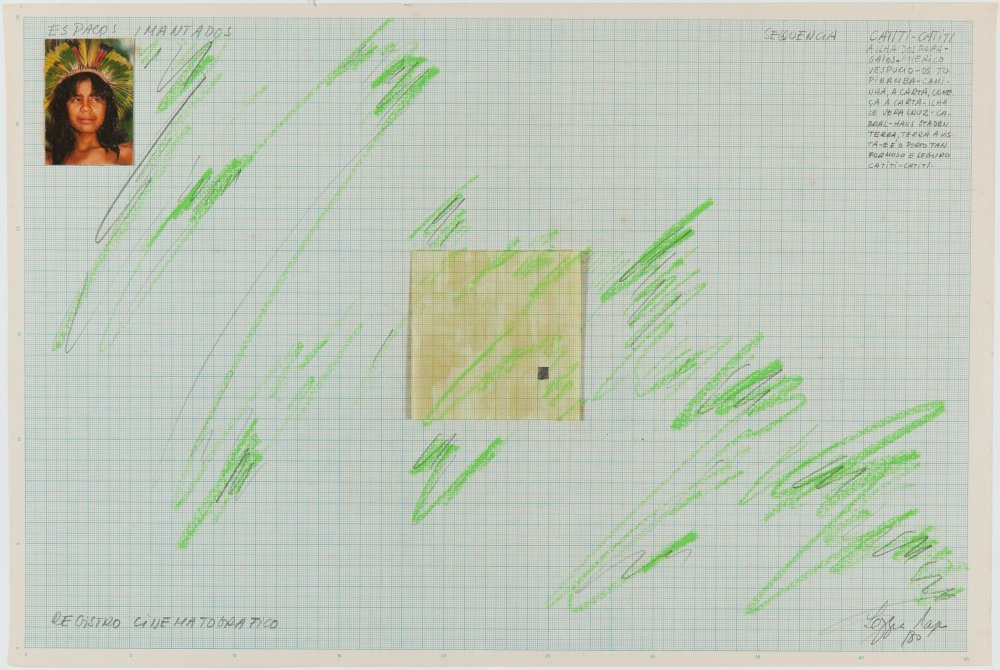 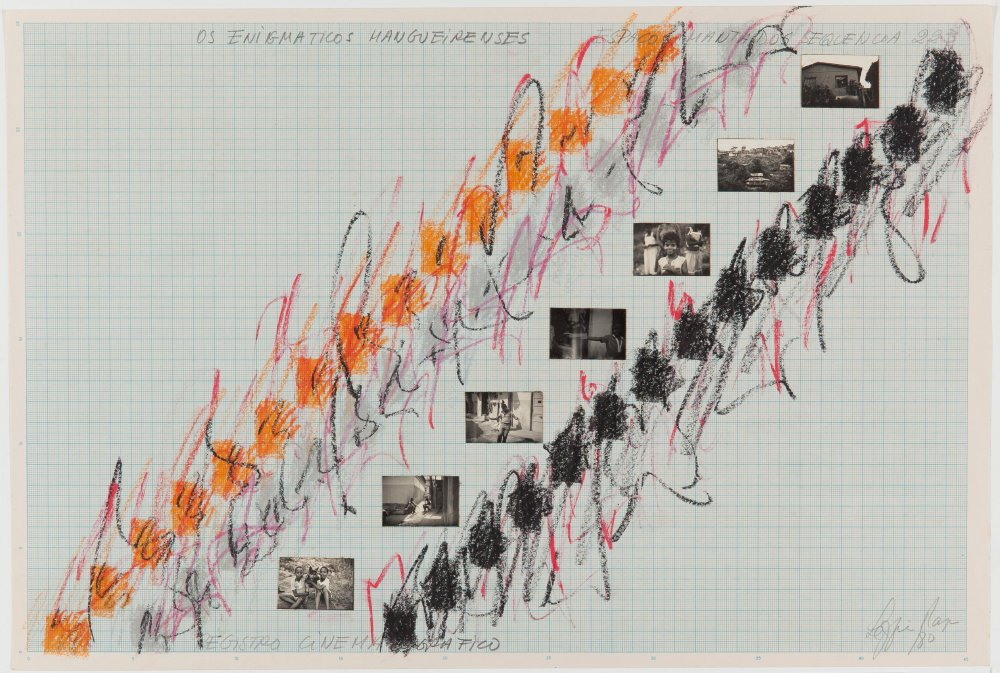 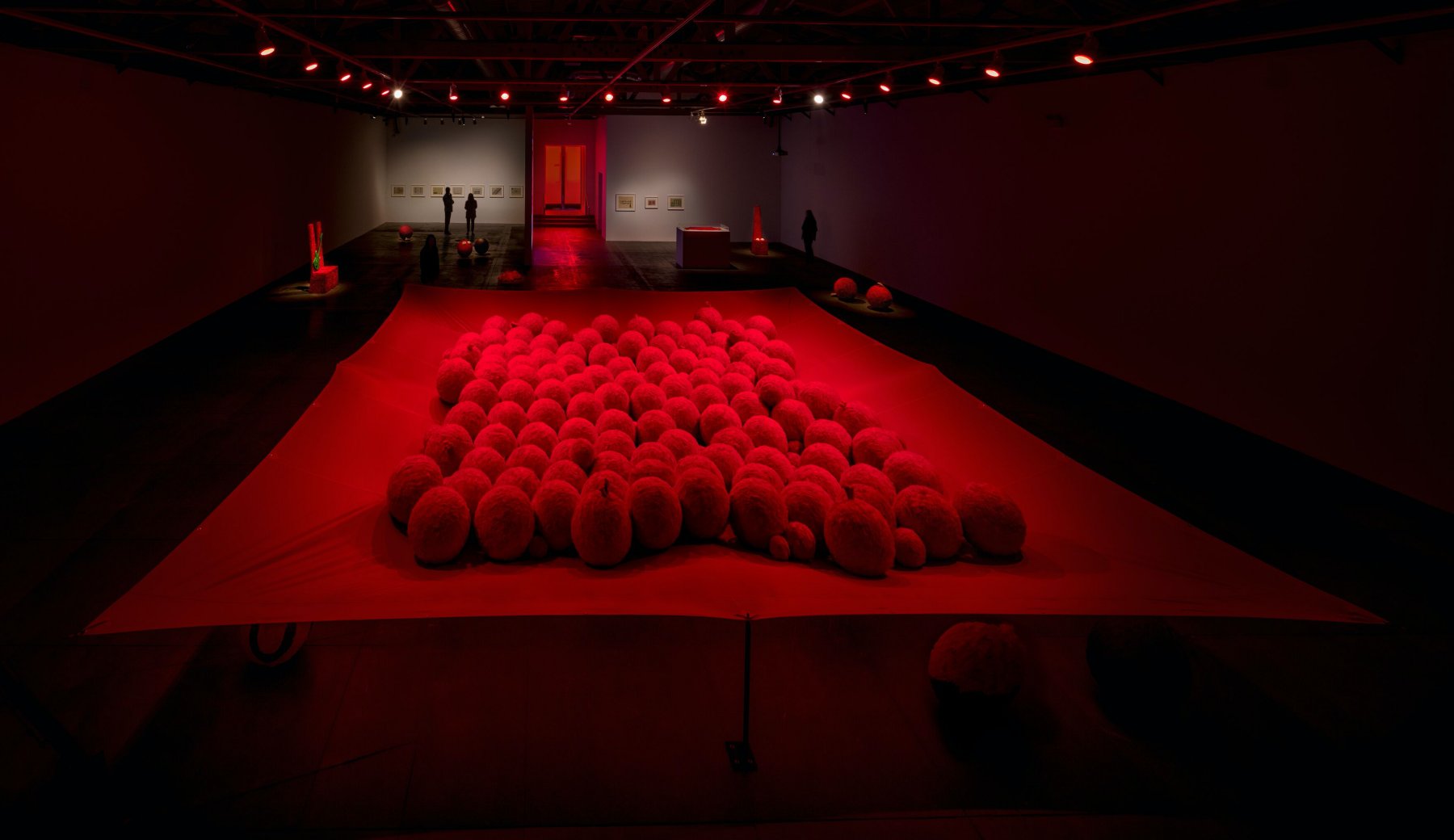 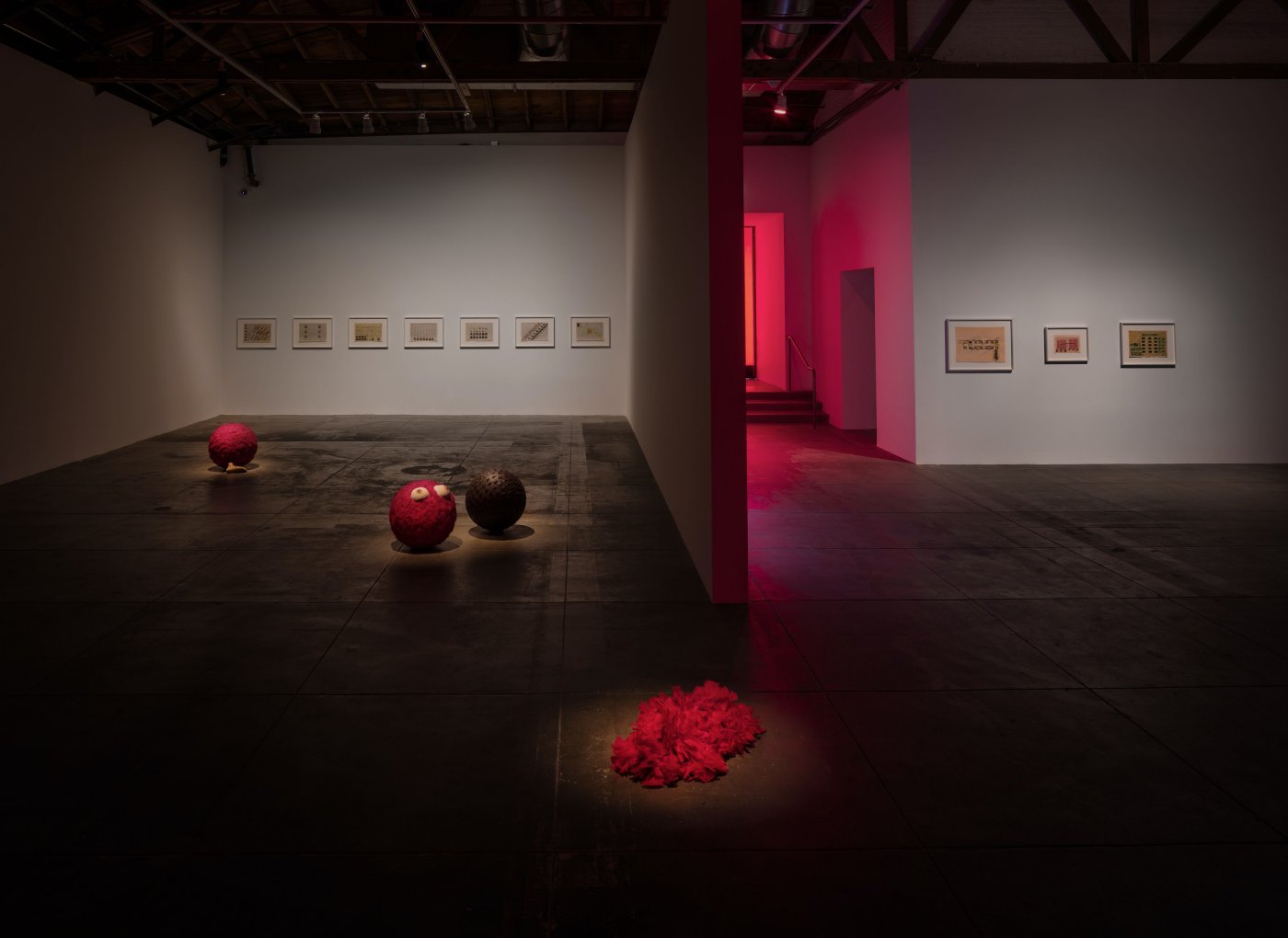 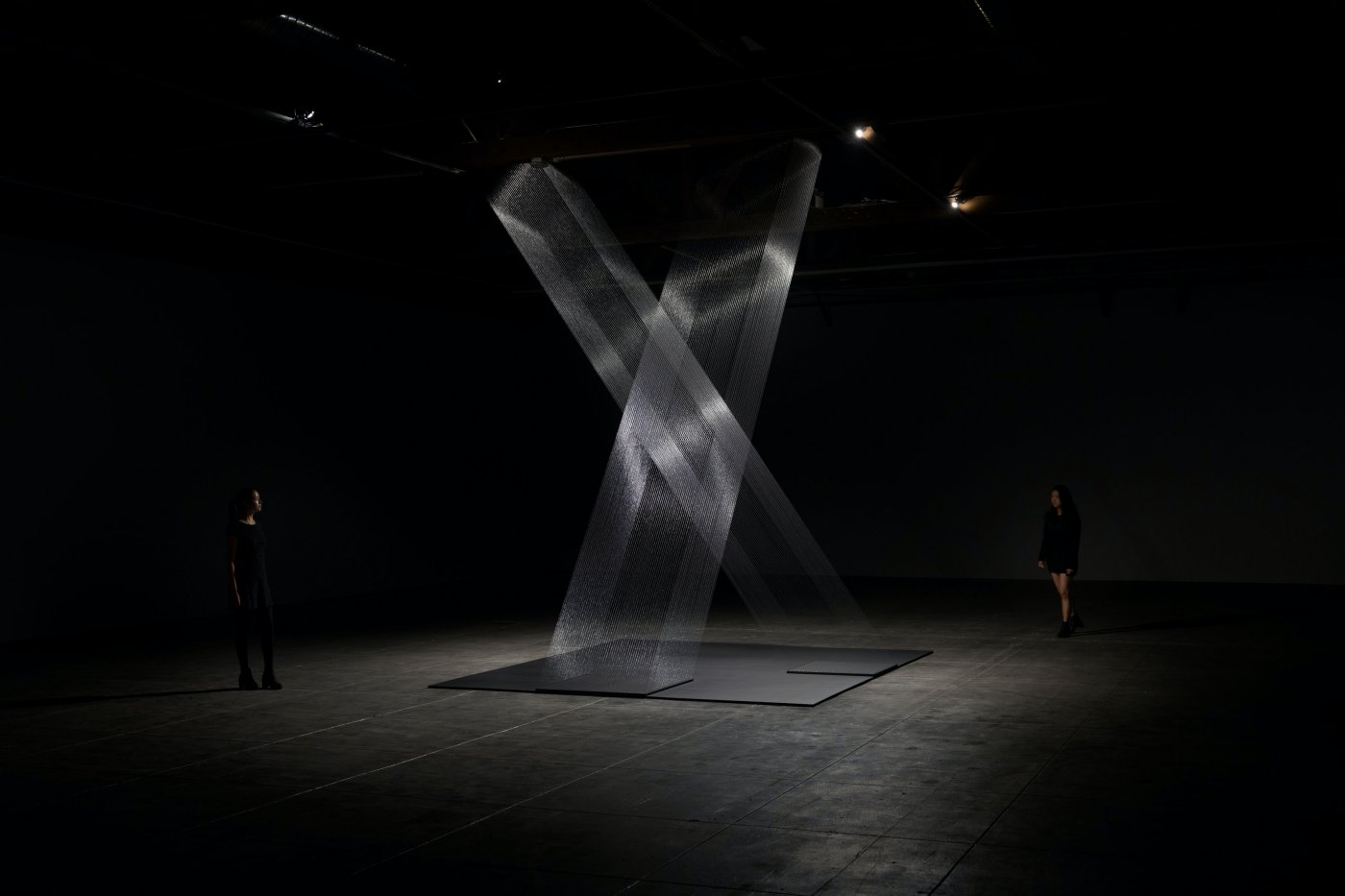 A significant Brazilian artist of her generation and a founding member of Brazil’s Neo-Concrete movement, Lygia Pape (1927 – 2004) favored the primacy of the viewer’s sensorial experience and its role in everyday life. Examining the artist’s unique reframing of geometry, abstraction and poetry, ‘Tupinambá’ is the first solo exhibition in Los Angeles dedicated to Pape’s work and is organized with Projeto Lygia Pape and Olivier Renaud-Clément. Central to the show will be the Tupinambá series, one of the artist’s final bodies of work, revealing her desire to create more immersive experiences beyond the conventional boundaries of life and art.

Exhibited for the first time in the US, the works on view from the Tupinambá series – distinctive in their use of artificial red feathers – illuminate Pape’s sense of connection to Brazil’s indigenous populations and certain characteristics of their history. Unfolding across two galleries, the exhibition will feature the monumental spatial work ‘Manto Tupinambá’ (2000), comprising a series of related sculptures entitled ‘Memórias Tupinambá’ and works on paper, as well as an emblematic Ttéia. This exhibition follows the artist’s critically acclaimed retrospective at the Met Breuer, New York, and inclusion in the Hammer Museum’s 2017 exhibition ‘Radical Women: Latin American Art, 1960 – 1985.’

About the Exhibition
Featuring one of the most commanding and rarely seen bodies of work by Lygia Pape, the exhibition introduces her deeply Brazilian Tupinambá series to a North American audience for the first time. Pape devised a wholly original language during her career to investigate the physical and experiential life of the body, and with this series achieves an unprecedented union of the geometric and the figurative within the wider context of her oeuvre. Here, Pape proposes a refreshingly divergent understanding of Brazil’s modernist history, suggesting that the aesthetic prerogatives of the present are firmly rooted in the nation’s indigenous past.

The Tupinambá series thus reflects Pape’s longtime interest in indigenous Brazilian peoples and cultural practices—most notably that of anthropophagy, a ceremonial variant of cannibalism practiced by the Tupinambá people. She describes it as follows: ‘The Tupinambá devoured their prisoners, their enemy, not from hunger as in cannibalism, but to swallow and assimilate the spiritual capacities of the other.’ Anthropophagy thus possesses a dual valence, in one sense it is literal and ritualistic, and in another, cultural and metaphorical.

Illuminated by spotlights in an otherwise darkened room and accompanied by the projection of the artist’s seminal and quasi-manifesto film ‘Catiti-Catiti’ (1974), these sculptures come to life. They embody Pape’s belief that, despite their population’s veritable extinction, ‘the Tupinambá spirit endures in the Brazilian person.’ By employing a host of powerful symbols that evoke the ancient Tupinambá ritual, Pape poetically reimagines and reclaims her nation’s fraught past in these distinctive forms. Defined by a bold use of red plumage—alluding to feather capes originally made with the red feathers of the Guará bird and worn by the Tupinambá when performing their anthropophagic ritual—the works on view are also adorned with cockroaches and protruding body parts, cohering in a totalizing vision of ghostly sensuality. ‘Memória Tupinambá’ (2000) and ‘Trono Tupinambá’ (2000), for example, display a synthesis of these elements, as spheres and thrones adorned with red feathers sport disembodied hands, feet, and breasts, dripping with what appears to be blood rendered with red paint. As an abstract sculptural representation of anthropophagy’s dual nature, ‘Mala Tupinambá’ (2000) hauntingly evokes the diffusion and ingestion of culture: two breasts of a white woman protrude from an open feather-clad suitcase. Here, the uncanny beauty, violence, and objectification of the body are viscerally felt by the viewer.

‘Manto Tupinambá’ (2000) serves as a sort of apex of the series and, by extension, the exhibition, dwarfing the viewer in its profound impact and effect of surprise. A large square piece of sailcloth hangs just above the floor, supported and pulled taught by metal poles positioned around its edges. Countless red feather spheres rest atop it, some harboring cockroaches just below the feathers, while others feature protruding bones: specs of white in a sea of red. The artist has further suggested that the cockroaches, resilient insects capable of living in difficult environments, featured in the remarkable work ‘Caixa das Baratas’ (1967), symbolize indigenous peoples—extinguished and yet somehow eternally present within Brazilian art and culture—and that the sailcloth refers to the arrival of the European, who, one could say, ‘devoured,’ via eradication, and was ‘devoured’ by the Tupinambá. Pape described her conception of this work, saying ‘I wanted to make my ‘Manto Tupinambá’ an extremely beautiful thing, like original Tupinambá feather art, and at the same time seize the terror of death. Because both are present all the time.’

Punctuating the exhibition is a selection of Pape’s ‘Desenhos’ (Drawings) from the 1980s, which serve to anchor her later work in the historic lineage of Neo-Concretism and highlight her artistic trajectory toward an increasingly political and environmentally-minded practice, exemplified by the Tupinambá series. The early ‘Desenhos’ possess a rhythm and cadence evocative of both music and geometrical abstraction. By uniting these two modalities, Pape manifested the very tenets of the Neo-Concrete movement that she, along with Lygia Clark and Hélio Oiticica, defined years prior—those which seek to break barriers between the intuitive and the intellectual, the spirit and the body—in the construction of a rebellious, unprecedented, and uniquely Brazilian avant-garde.

The exhibition culminates in one of Pape’s most emblematic installations, ‘Ttéia 1, C’ (2000/2021), part of the artist’s eponymously titled series first developed in 1978. The word ‘Ttéia,’ which Pape coined, is an elision of the Portuguese word for ‘web’ and ‘teteia,’ a colloquial term for something graceful and delicate. Much like her fellow Neo-Concretists, Pape was driven by experimentation and a desire to unite the space of the artwork with that of the viewer. The Ttéia series enabled her to do just that. These large-scale installations exist within an ethereal space, comprising practically invisible silver or gold thread stretched by hand from floor to ceiling (Ttéia 1, C) or across the corner of two walls (Ttéia 1, A and Ttéia 1, B). Manifesting an illusion of geometric shapes and planes, ‘Ttéia 1, C’ beckons viewers ever closer, enthralling them in an elusive game of light and shadow. One of these ‘Ttéia 1, C’ installations was shown at the 2009 Venice Biennale and was awarded the Special Mention ‘Fare Mondi // Making Worlds.’